Have I Found Orchids?

Today has felt like a much more positive day, with some pleasant conversations out on the streets and the cricket ground. It could even have been a normal day. Although, as we know, these are not normal times in all sorts of ways.

I've been up to Beacon Hill reserve today, taking the back way up clay line and up the hill which looked almost alpine, it had so many flowers on it. The bramble bushes were busy with bees, although my photos are slightly disappointing. The autofocus on my Moto G7 plus can be a bit twitchy, it only really works if there is a decent sized backdrop.

It was in the reserve itself that I had my big treat of the day, potentially. Of the path in the nursery part of Beacon Hill Park - the entrance of which now boasts an Extinction Rebellion cardboard placard - two purple flowers were growing, of a type I've never seen in the park before.

I thought straightaway that they were orchids, as the flowers were blooming on a spike, but I've been fooled by woundwort before. They maybe common spotted orchids, a species I've never seen before, but am awaiting confirmation.

I had a shorter walk this evening. It was beautiful.

All text and images copyright CreamCrackeredNature 13.06.20 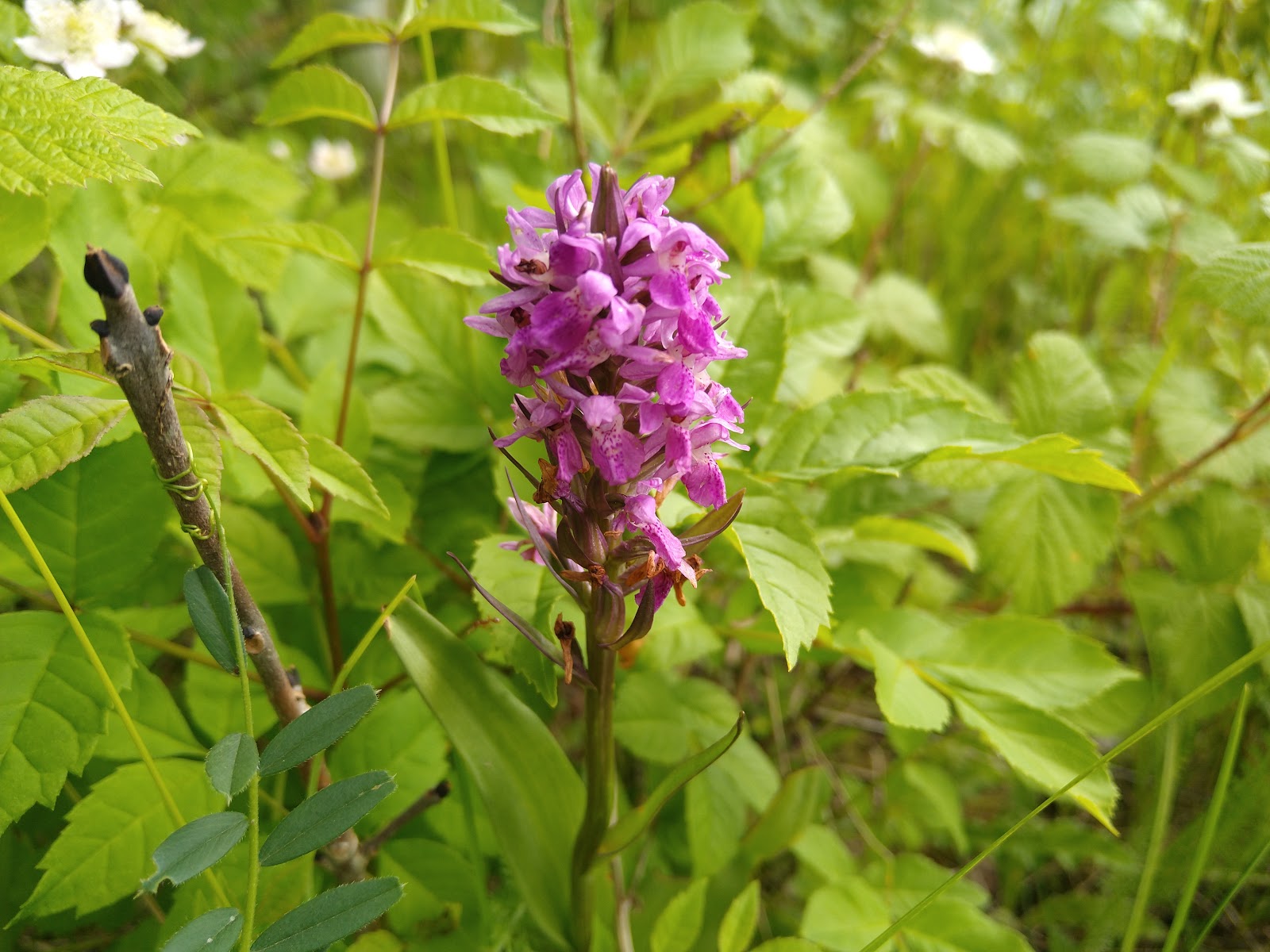 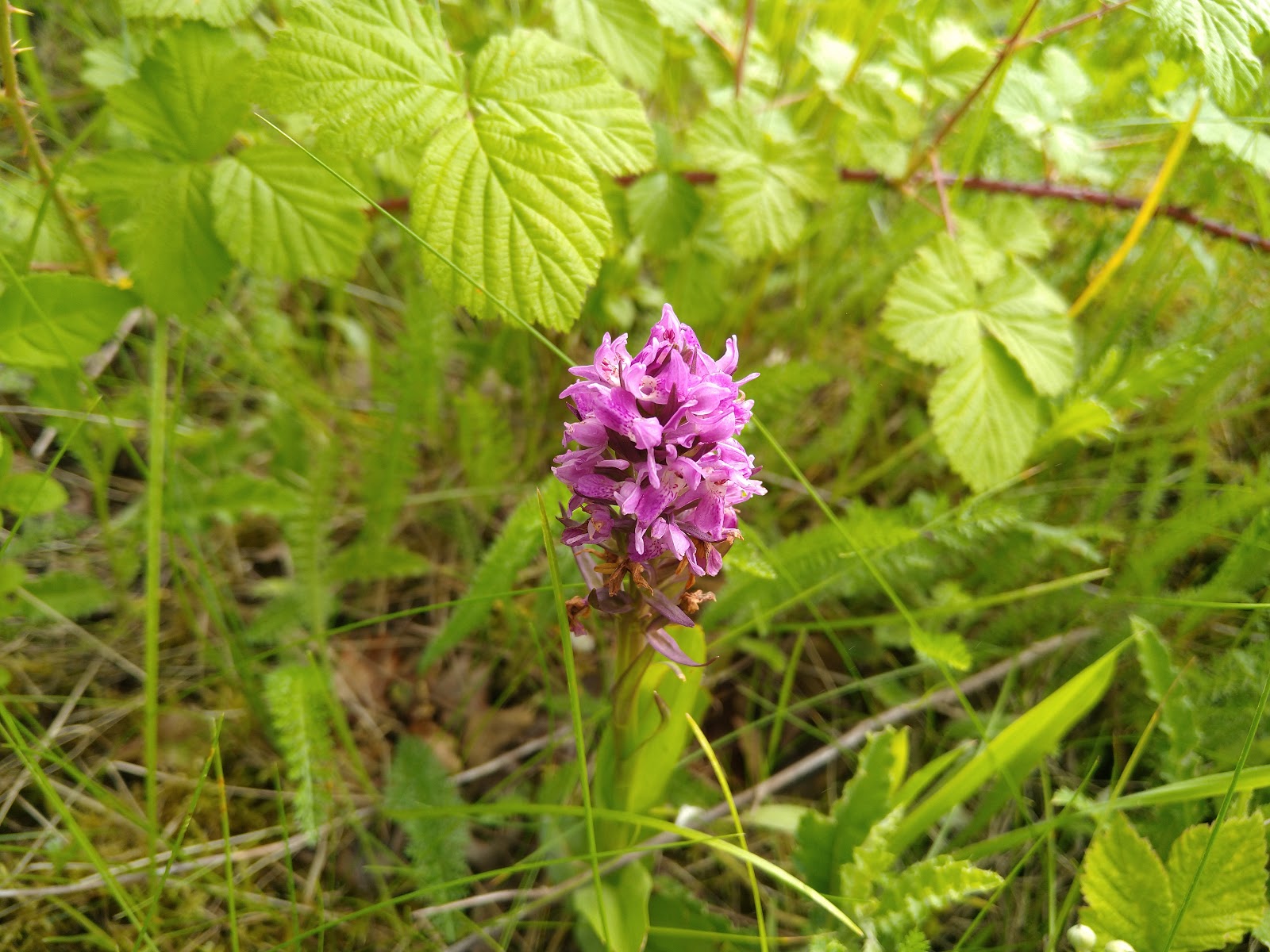 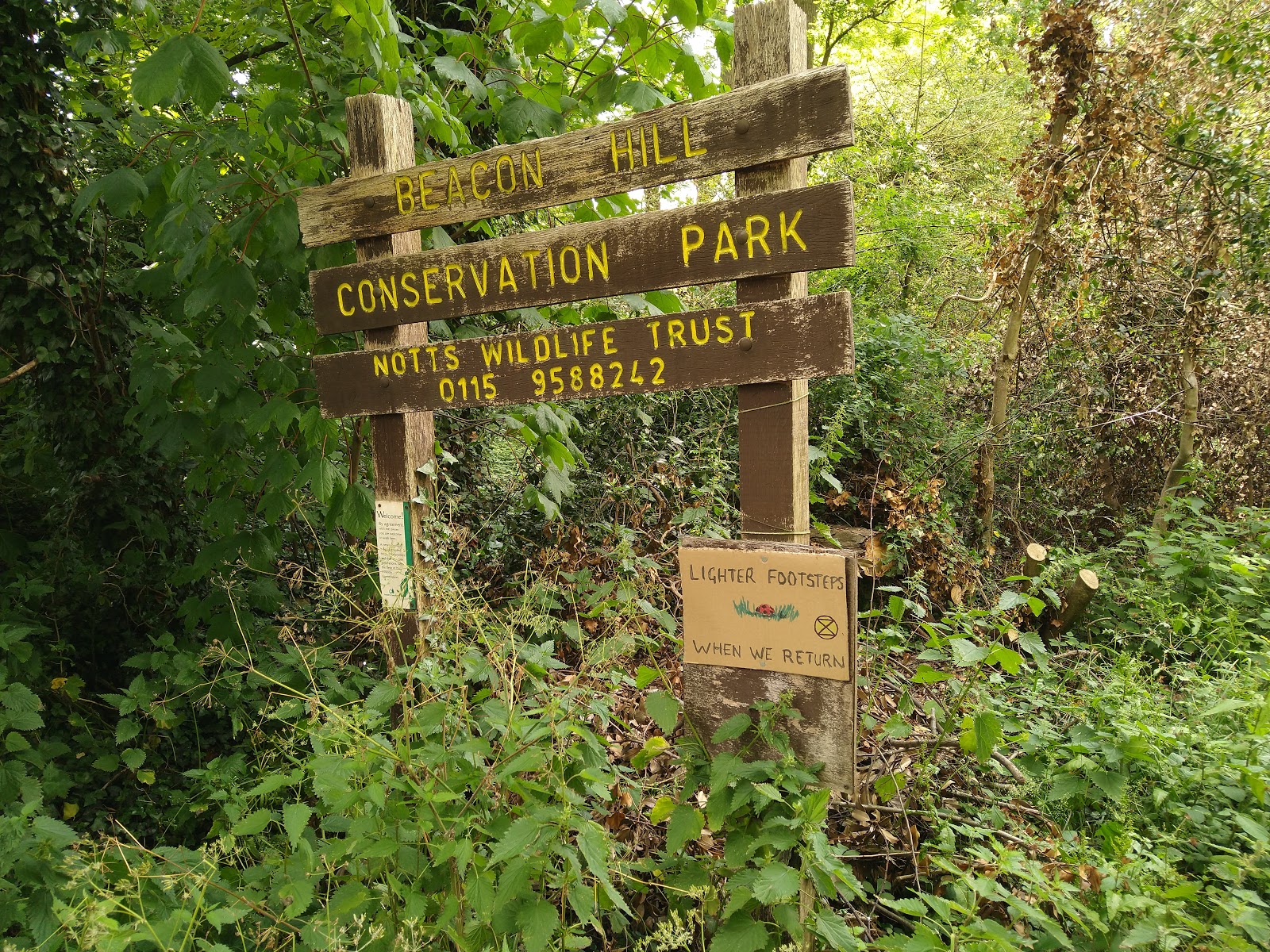 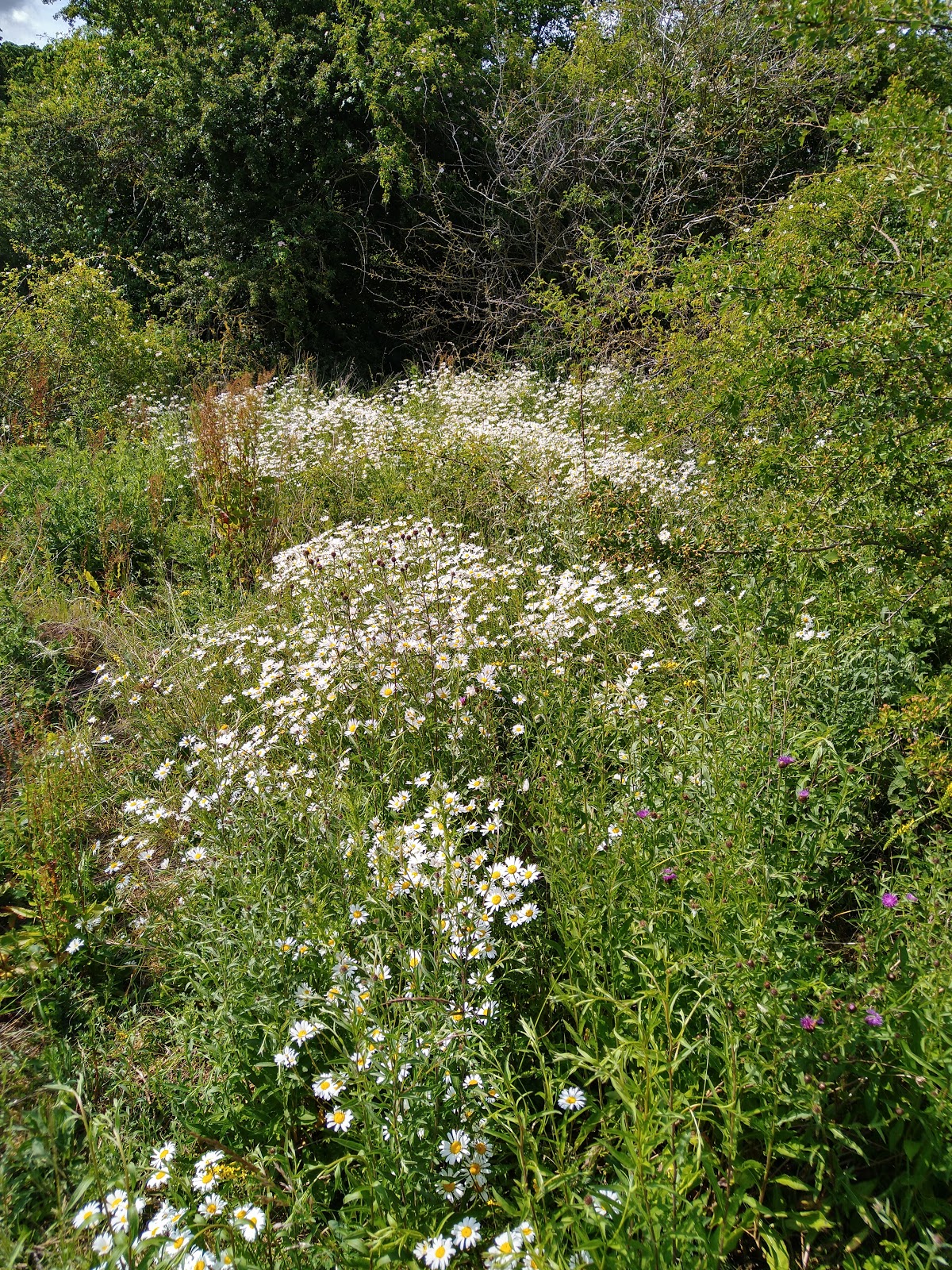 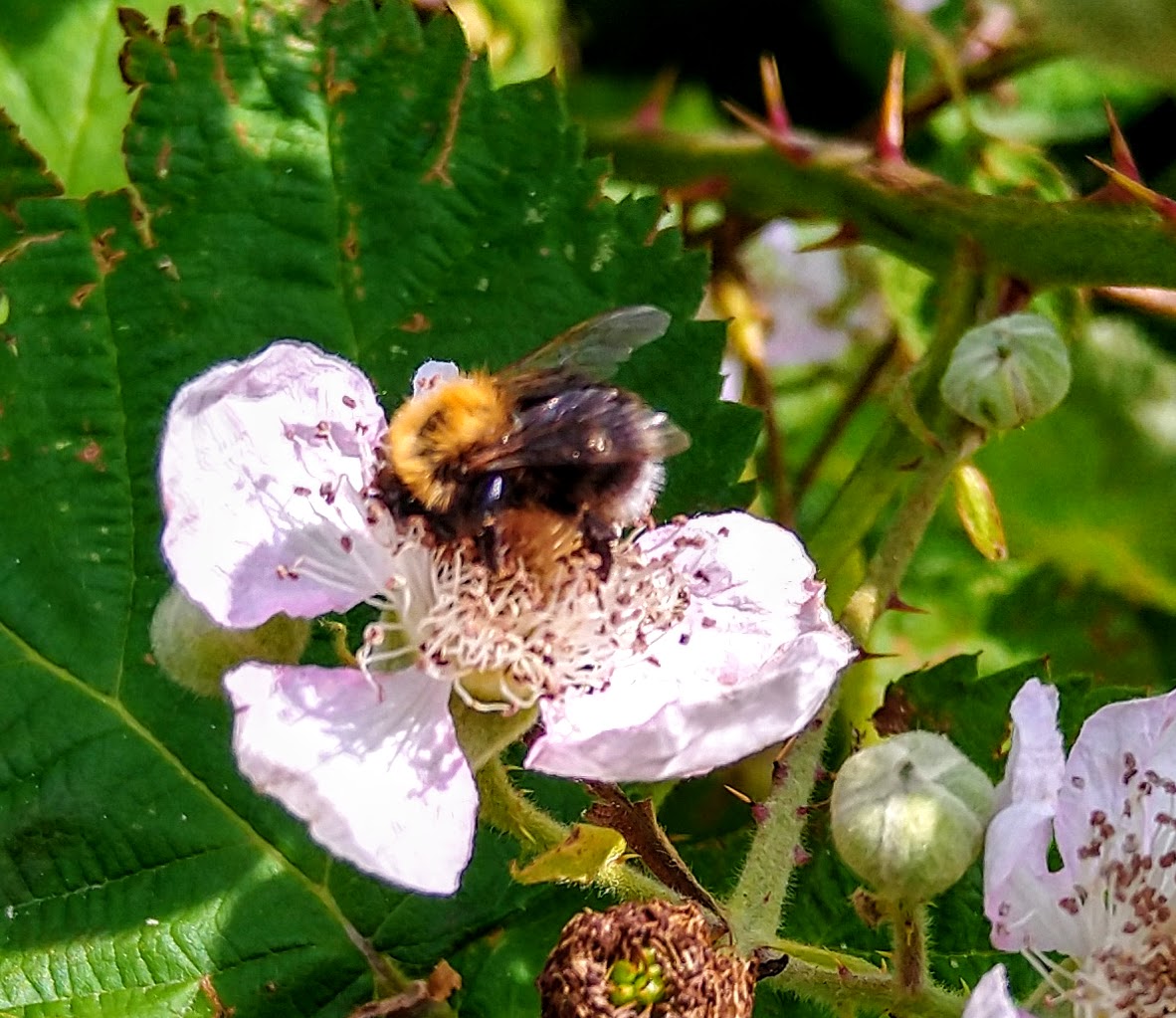 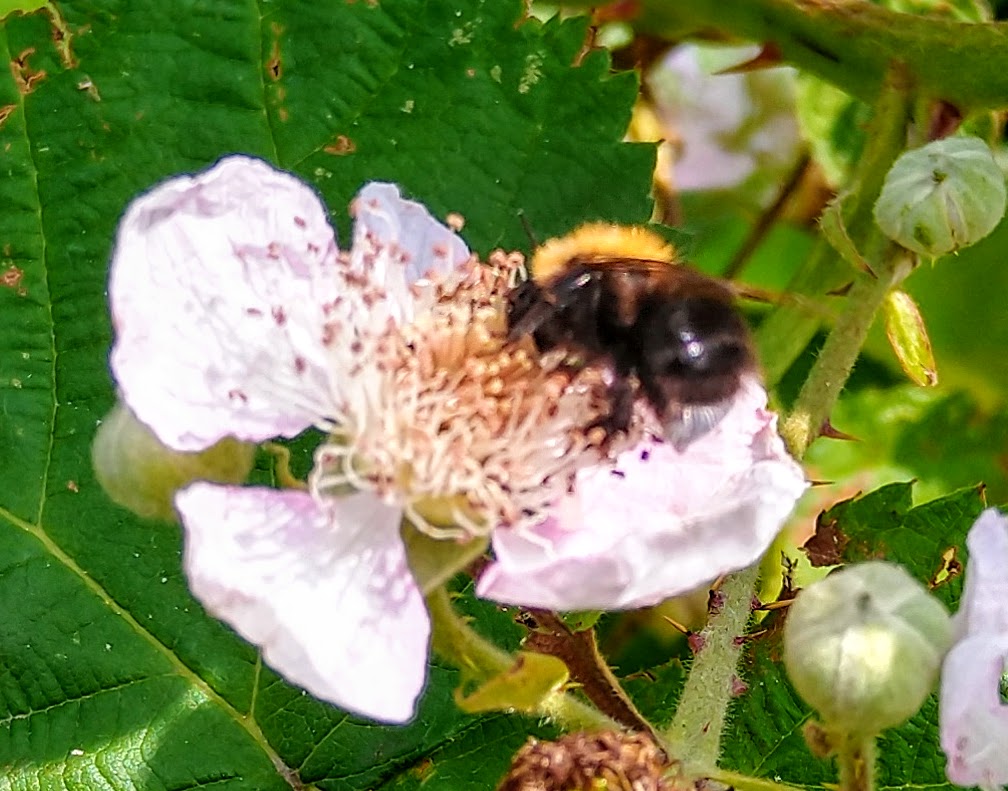 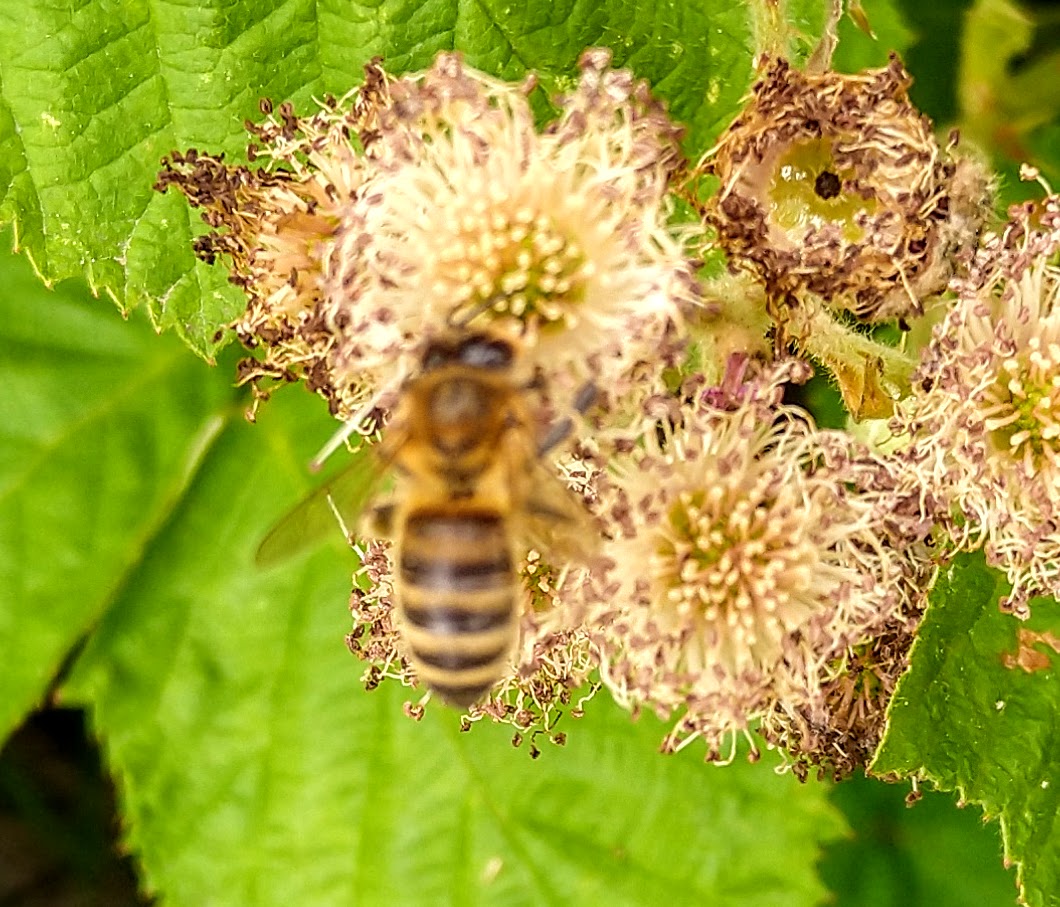 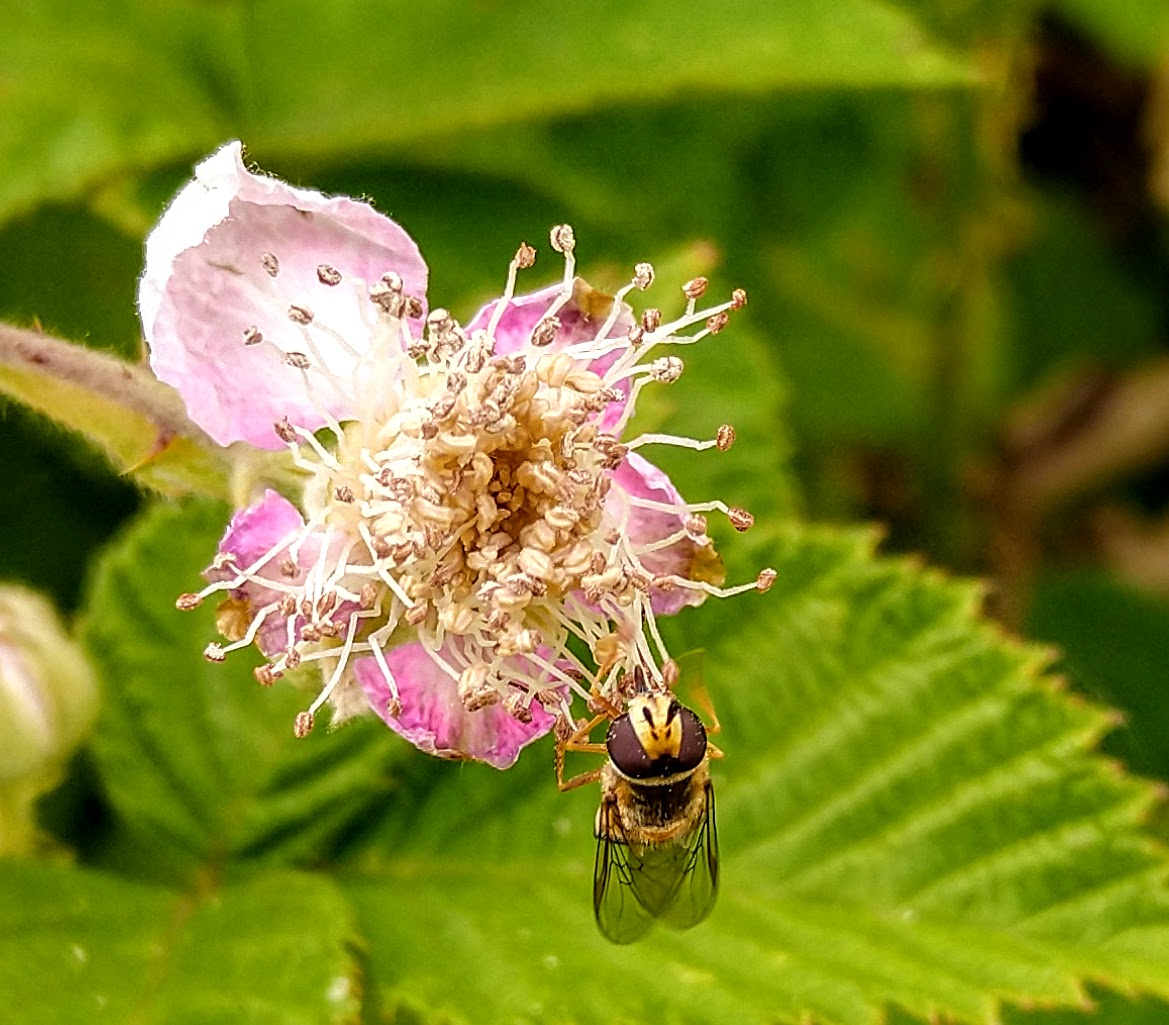 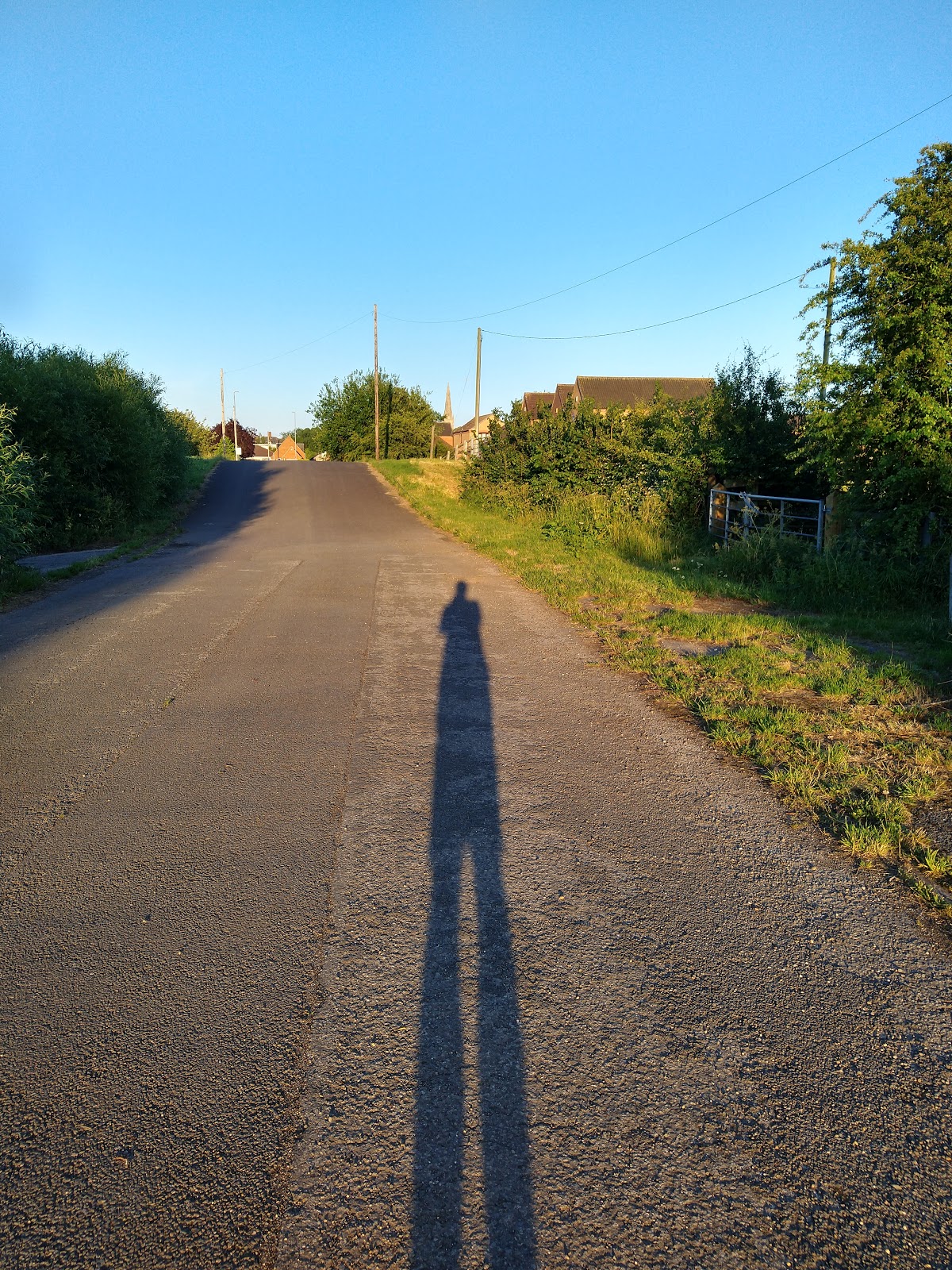 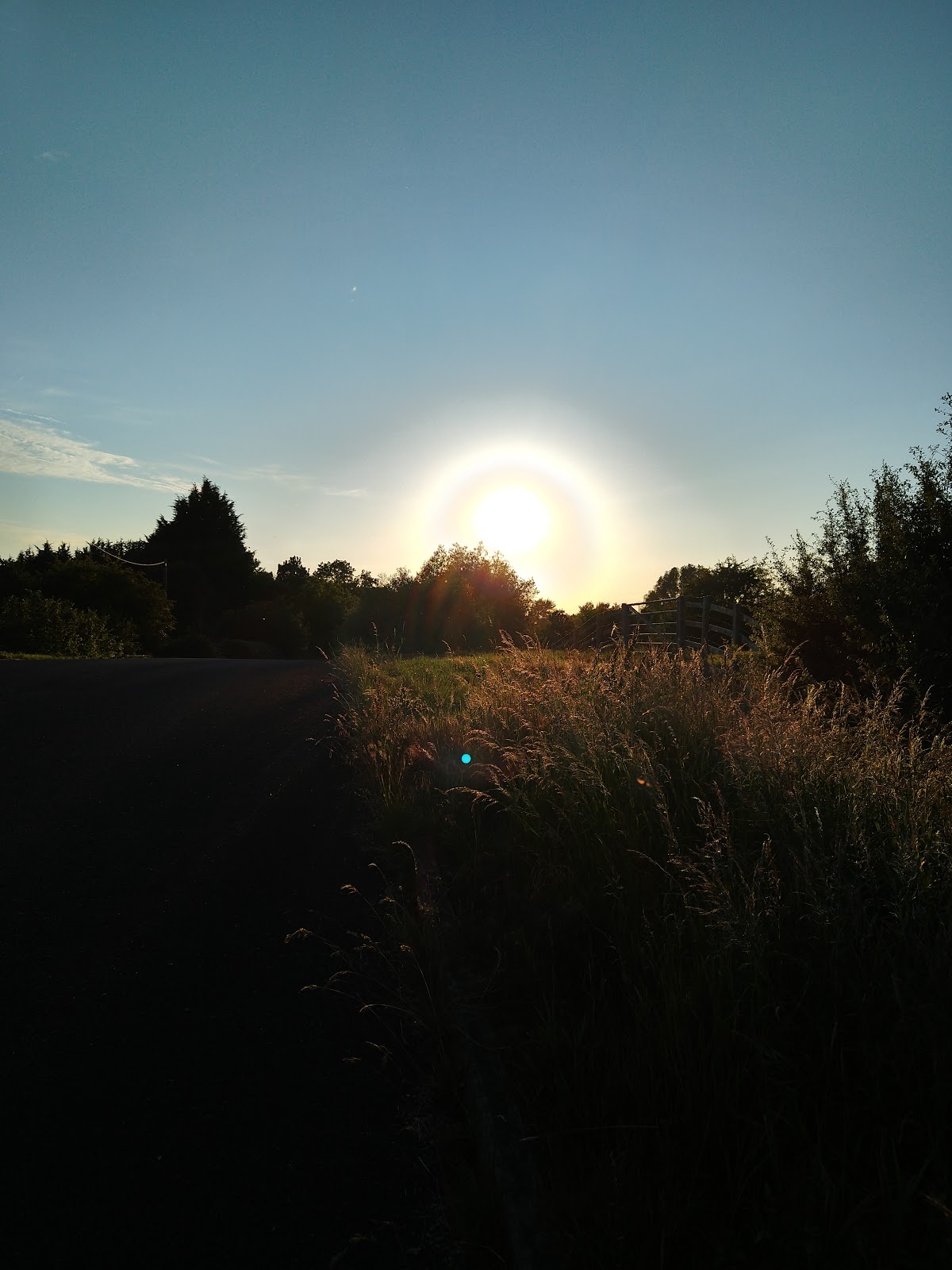