I have written before about the little nursery I have in my garden now, the planters of crocus, giant allium and, er, not-so-giant allium I planted as bulbs in November in a bid to attract more pollinators to my yard.

As we now reach the last days of January, I thought I would give you a little progress update.

It didn't take long for the first crocus spears to make their way above the surface of the planting compost, but things seemed to have slowed down a bit, although more of them are now starting to peak through. Certainly they will be rather later than the wild crocuses in the cemetery, the earliest of which have now come into flower.

The giant alliums have also slowed after a strong start, and once again there certainly aren't as many of them as I planted. The not-so-giant alliums have virtually all emerged in one planter, so we will see how they go. These won't come into flower until rather later, May-June time.

It's hardly been labour intensive, but I have found this process, my first ever attempt to grow something from scratch, very rewarding not only from the rubbish gardener perspective, but also from a mental one, even if it does smack incredibly hardly of middle-aged-ness.

Well I'm still very active, often child like with Tourettes and Autism, and I've been listening to Radio 4 for years.

I'm not sure I'm that bothered.

All text and images copyright CreamCrackeredNature 25.01.22 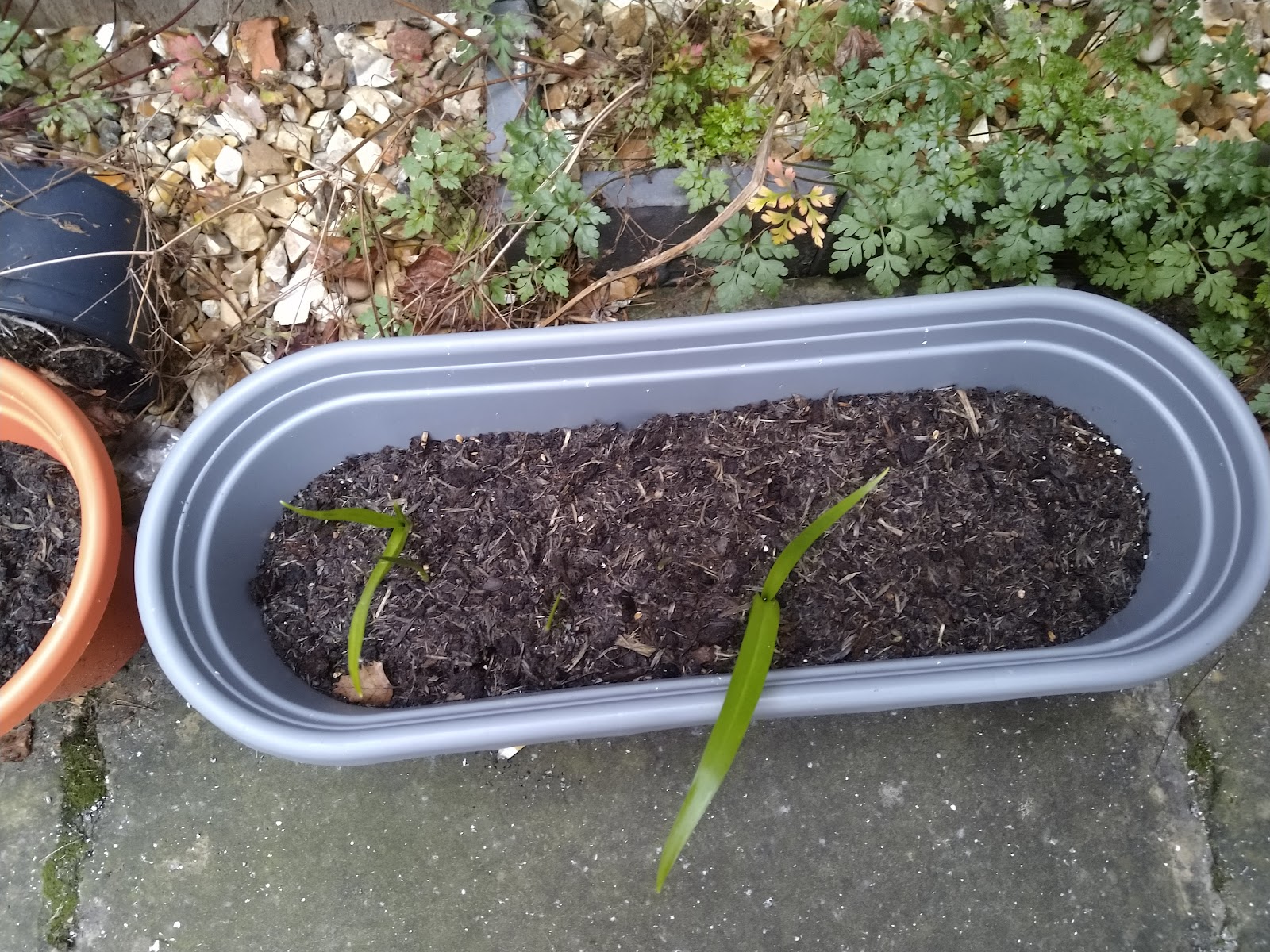 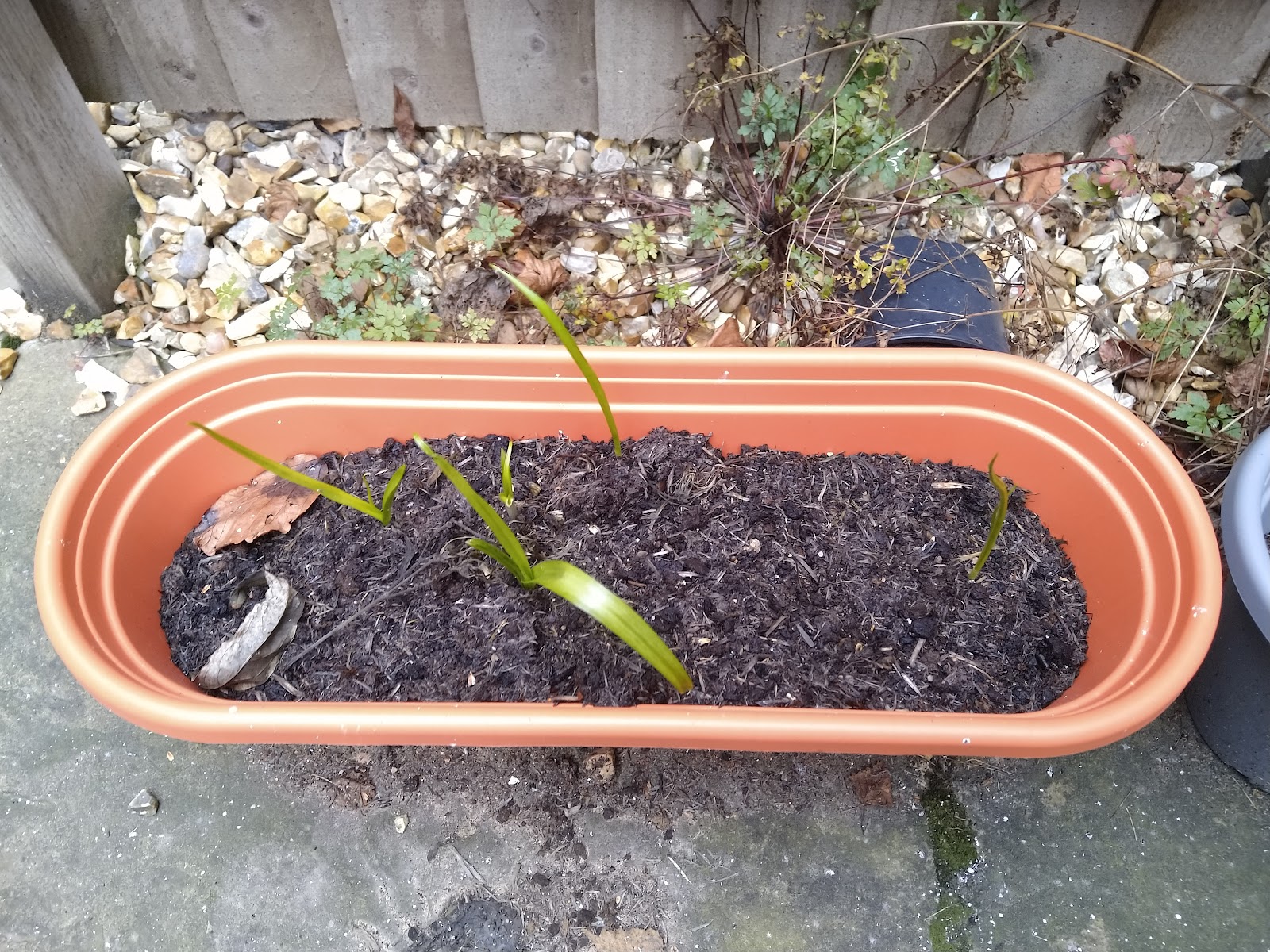 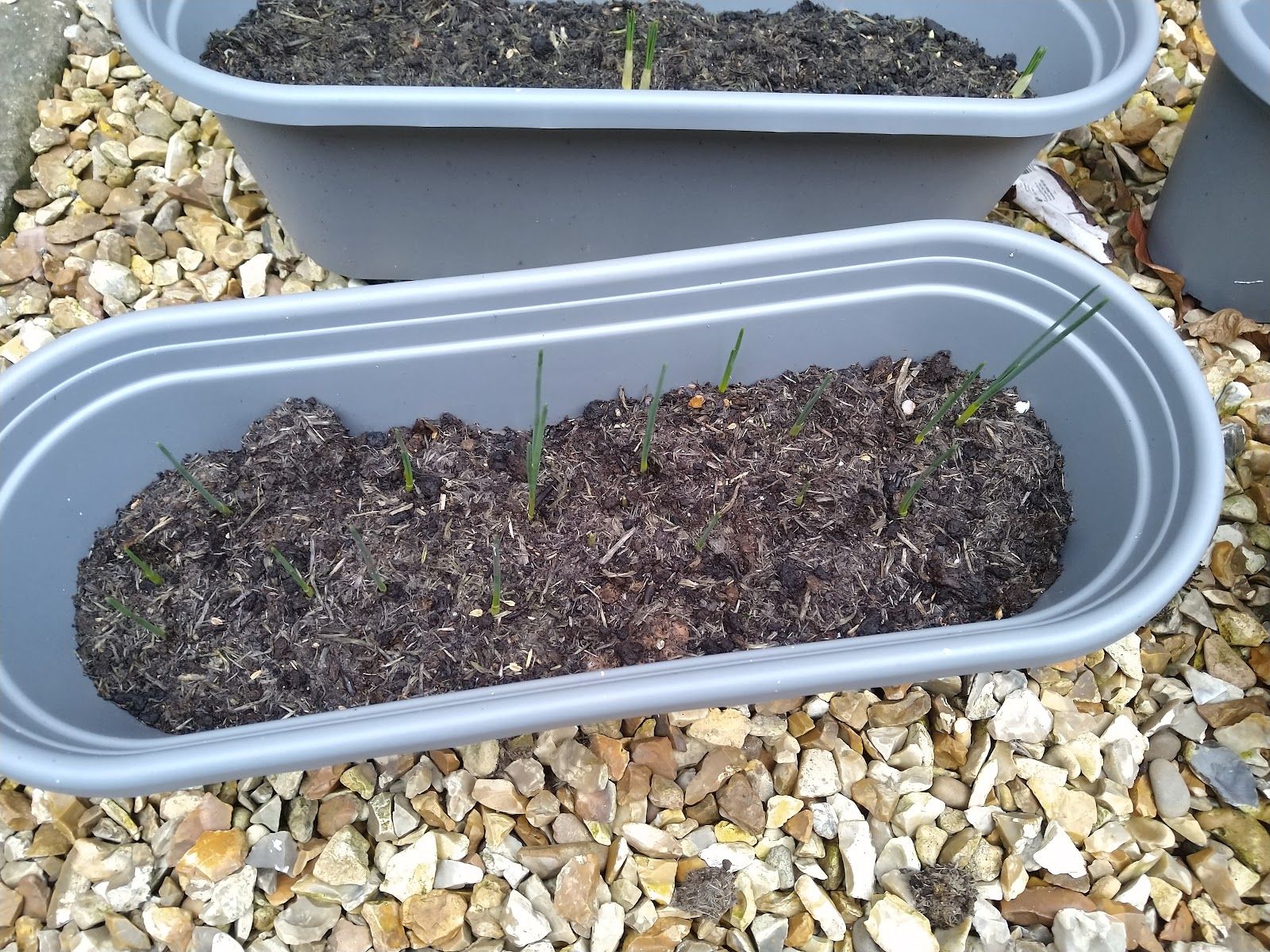 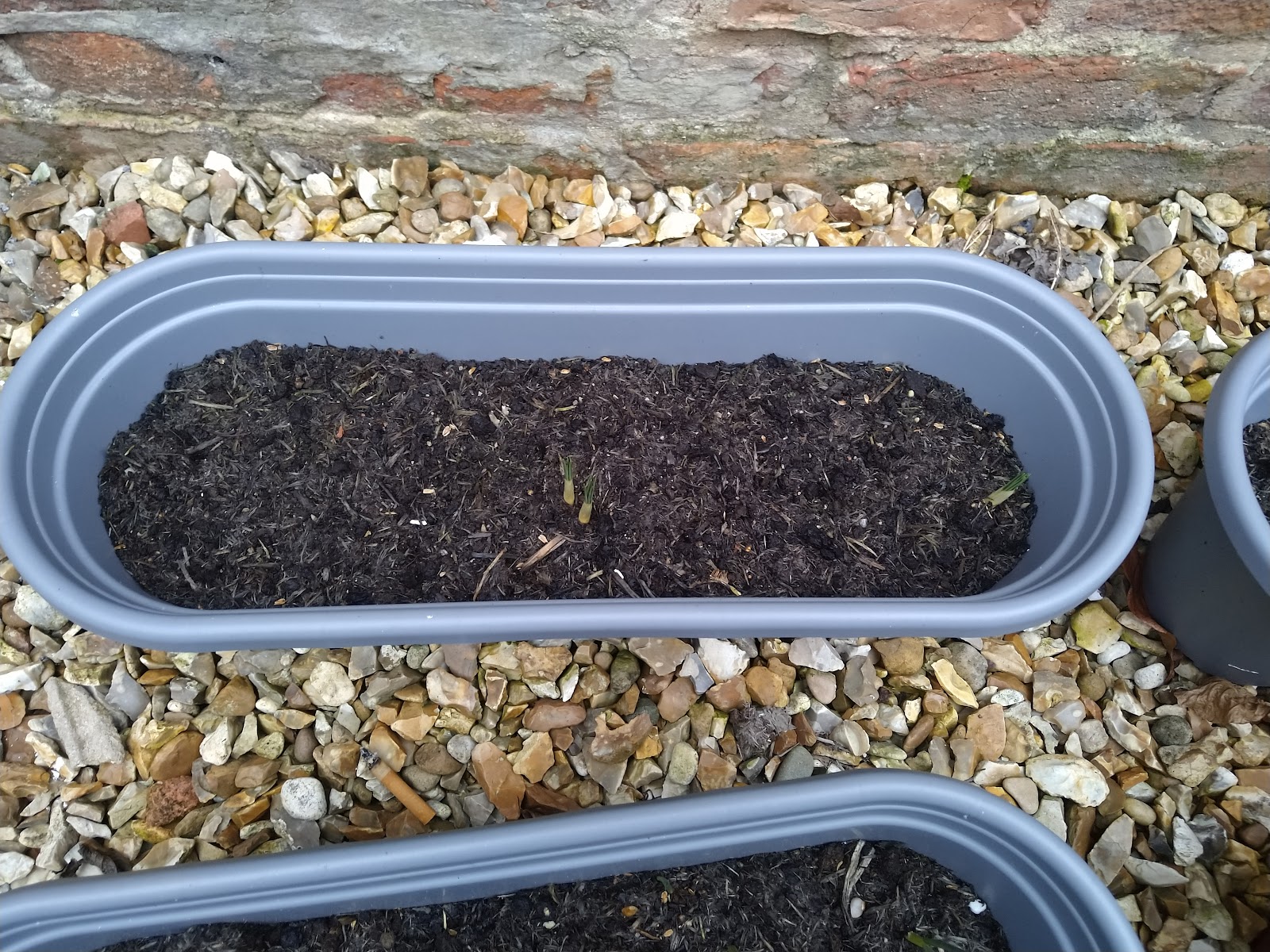 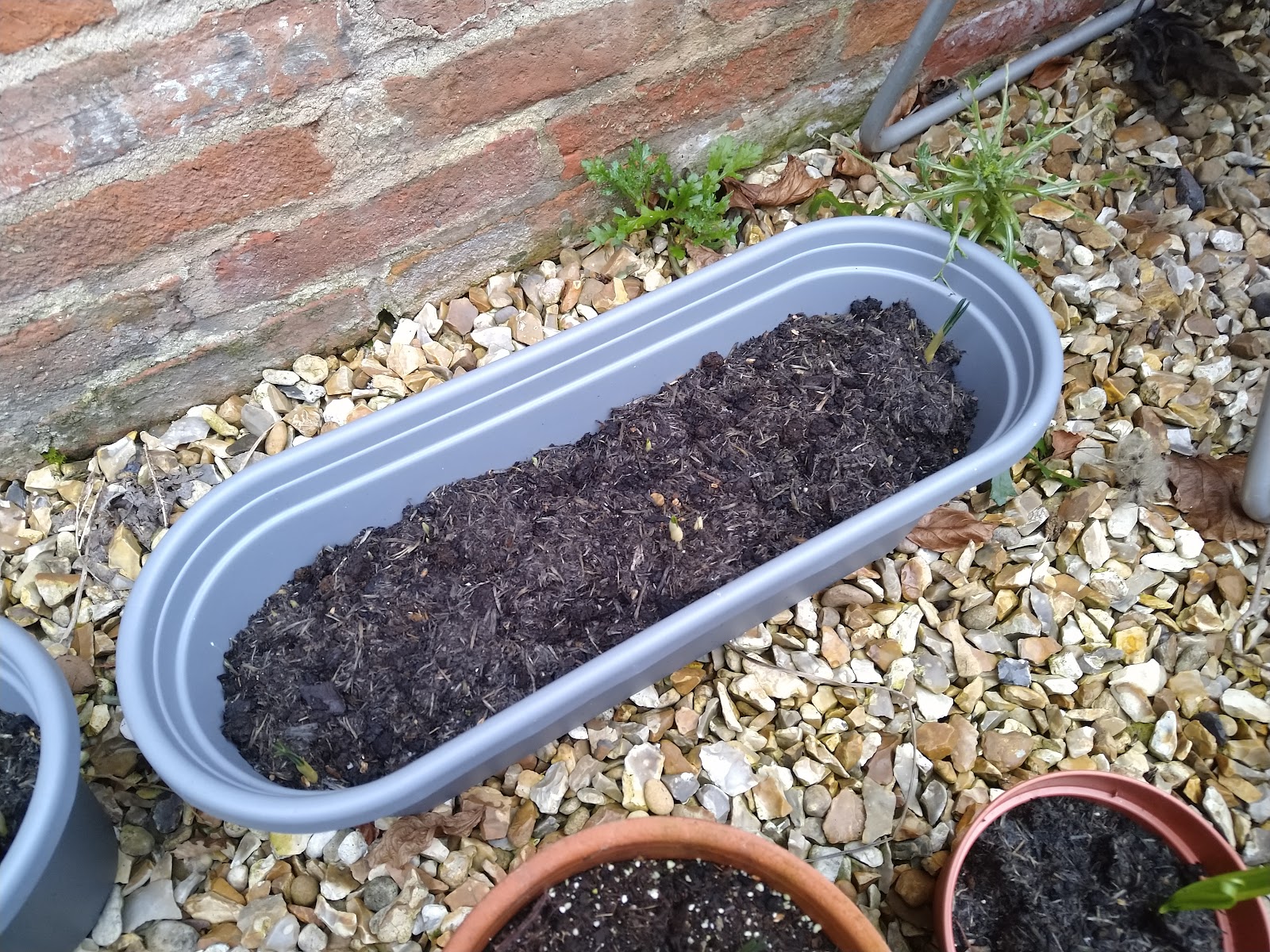 In addition to yesterday's butterfly rescue, I got in a decent walk around the Balderton Blue Lake via the cemetery, a day to feel good, a bright late afternoon where the squirrels busied themselves with beech mast and black headed gulls got into murderous squabbles over discarded chips.

Wildflowers. More are appearing with every passing day. Crocuses have now joined snowdrops and aconite in the cemetery, the latter growing in their one spot next to the same three gravestones. Yellow, white and splashes of purple are the colours of January.

The Blue Lake has frozen in the cold nights. There's not much clear water and the goosander are gone. Gulls skate webbed footed atop the rafts of ice. The bushes and trees along the cycle path were being worked by long tailed tits, little pink snowballs on sticks.

A day to just enjoy these very simple pleasures.

All text and images copyright CreamCrackeredNature 18.01.22 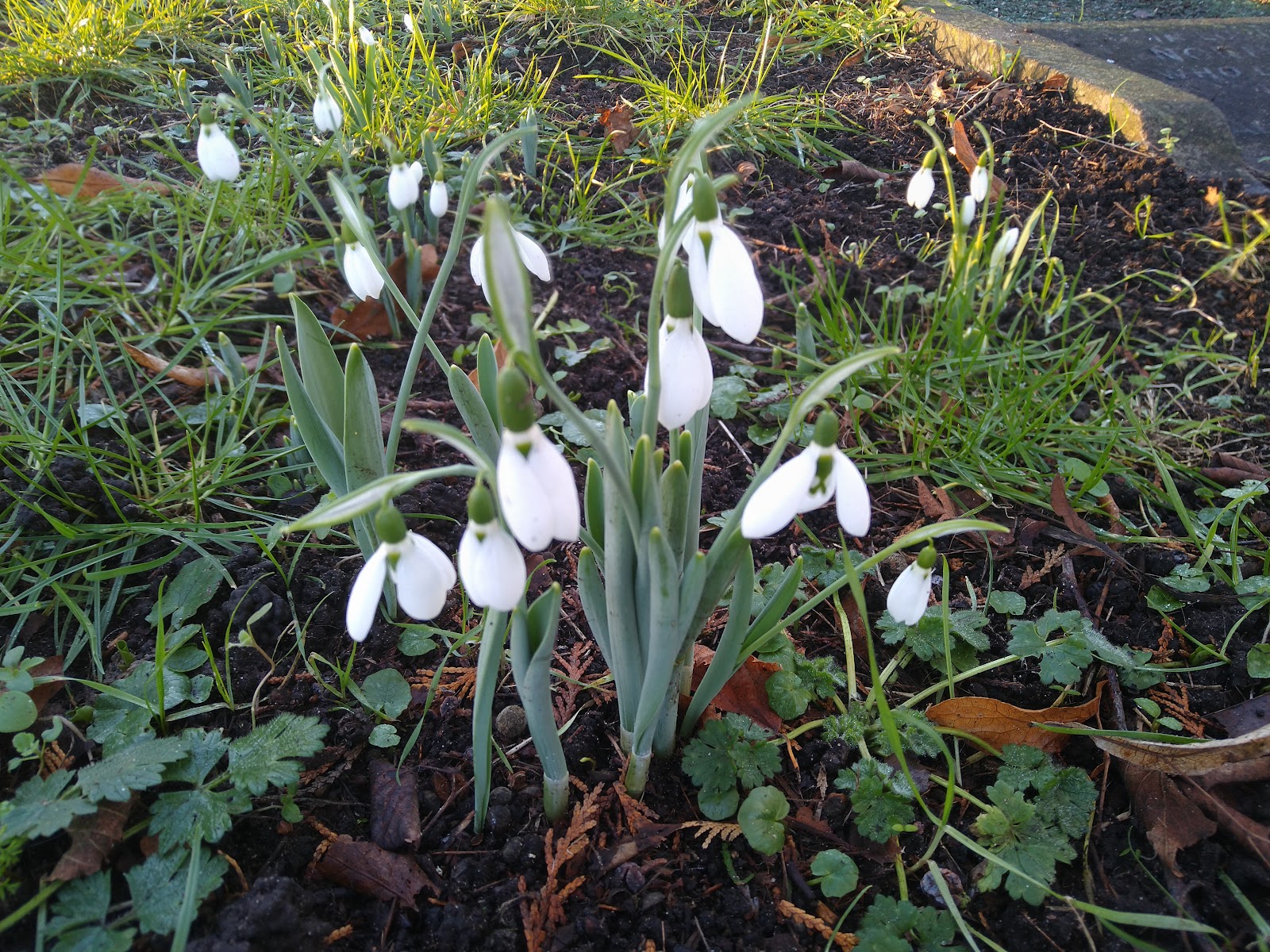 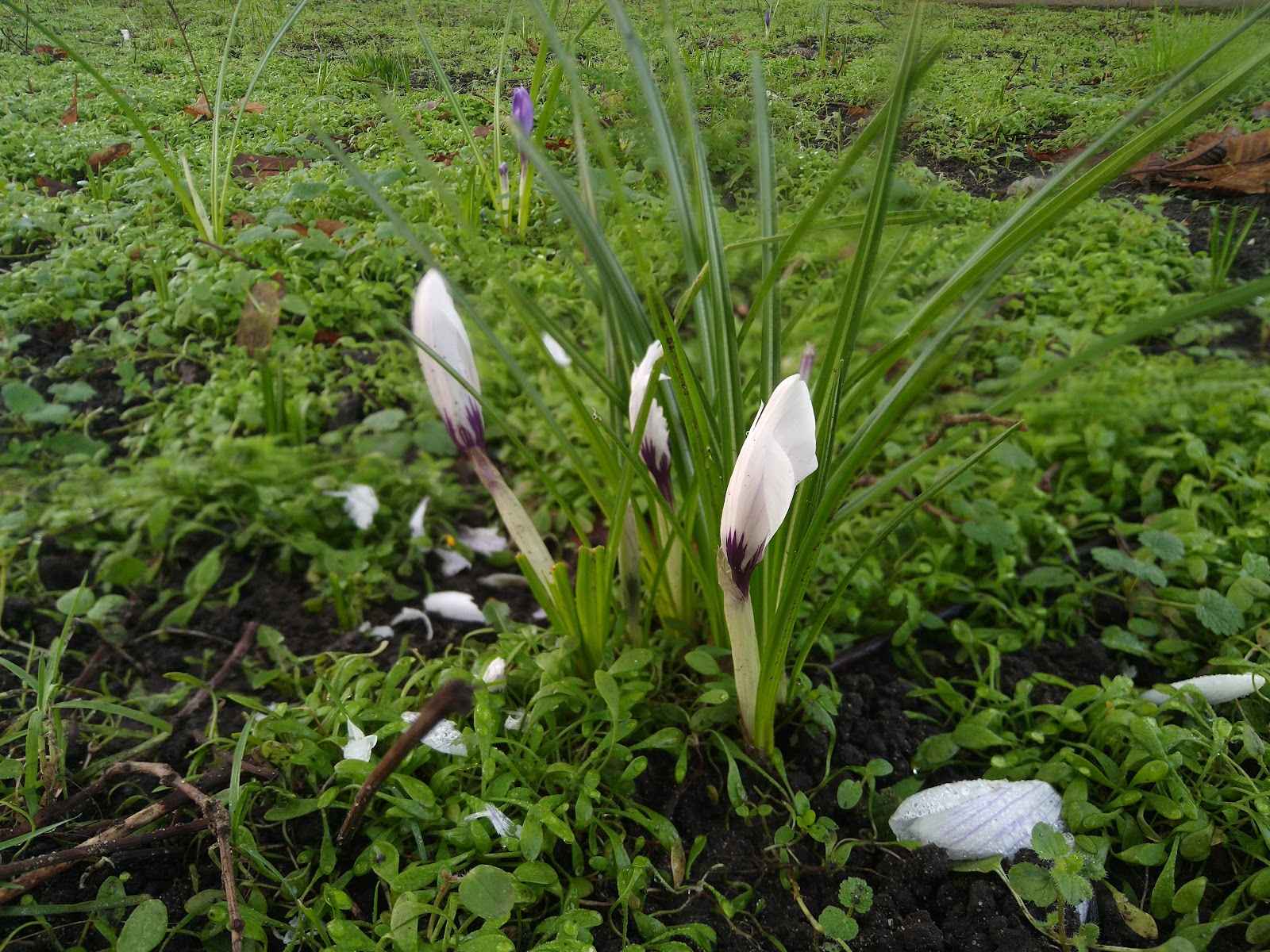 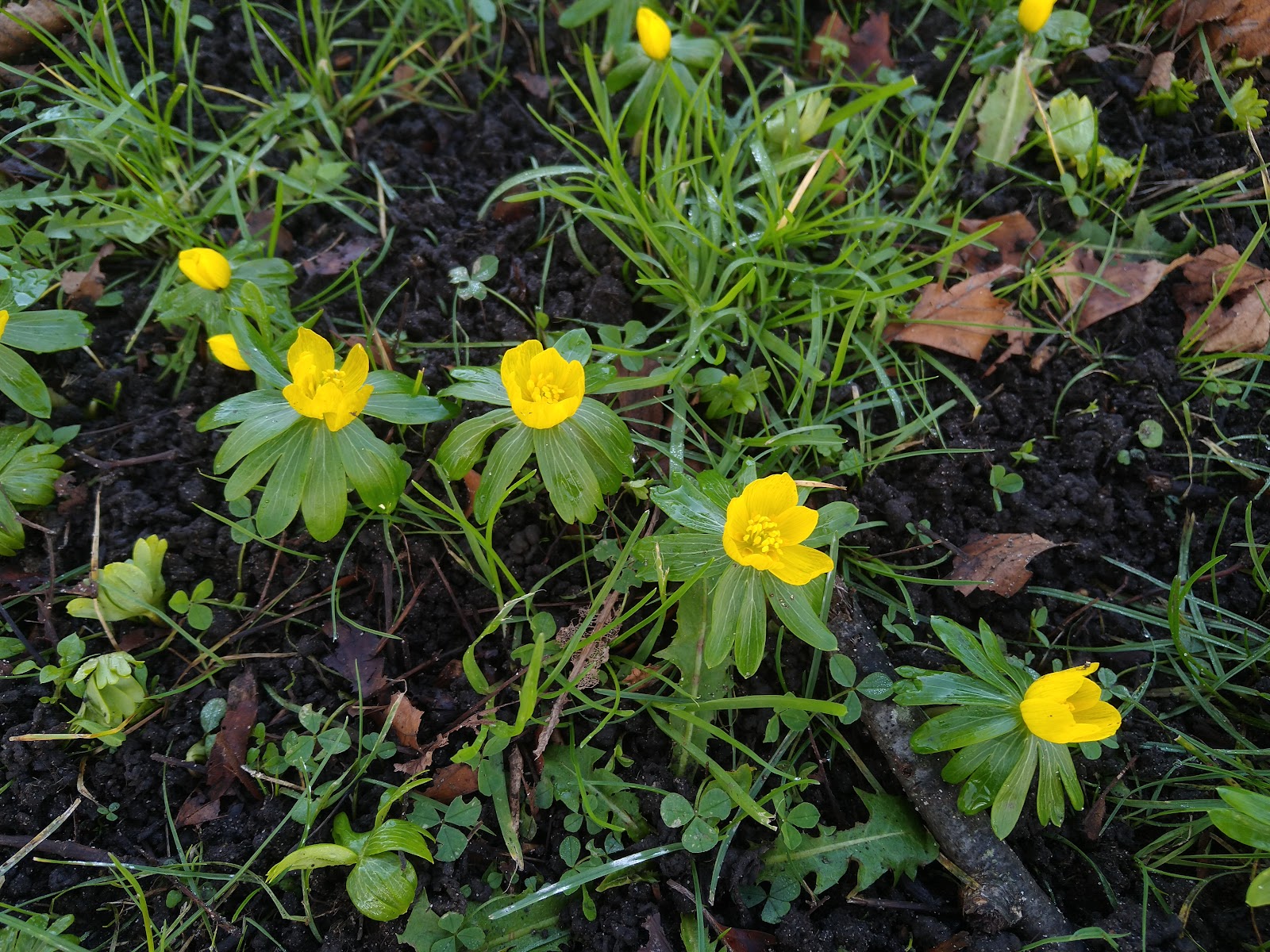 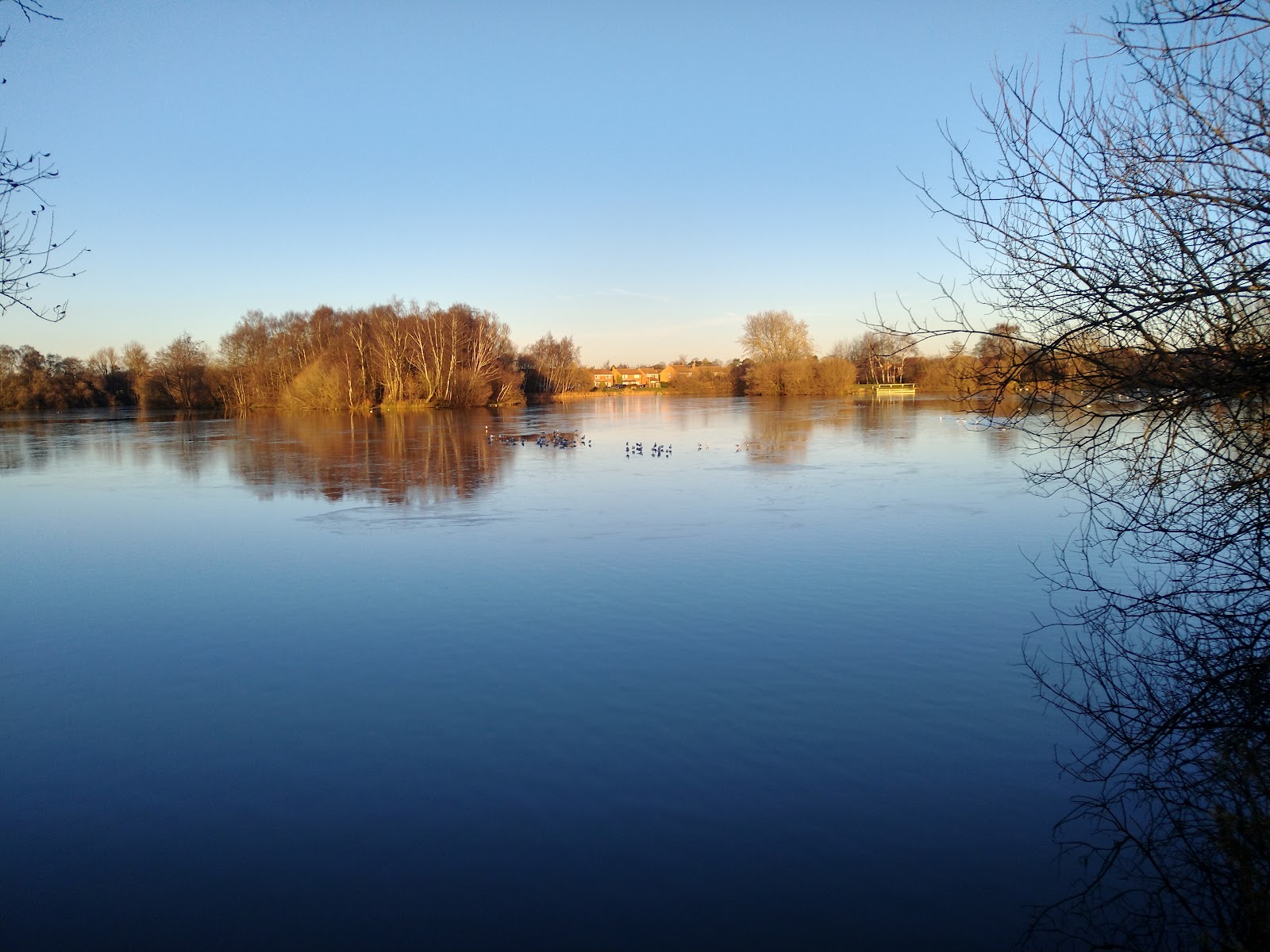 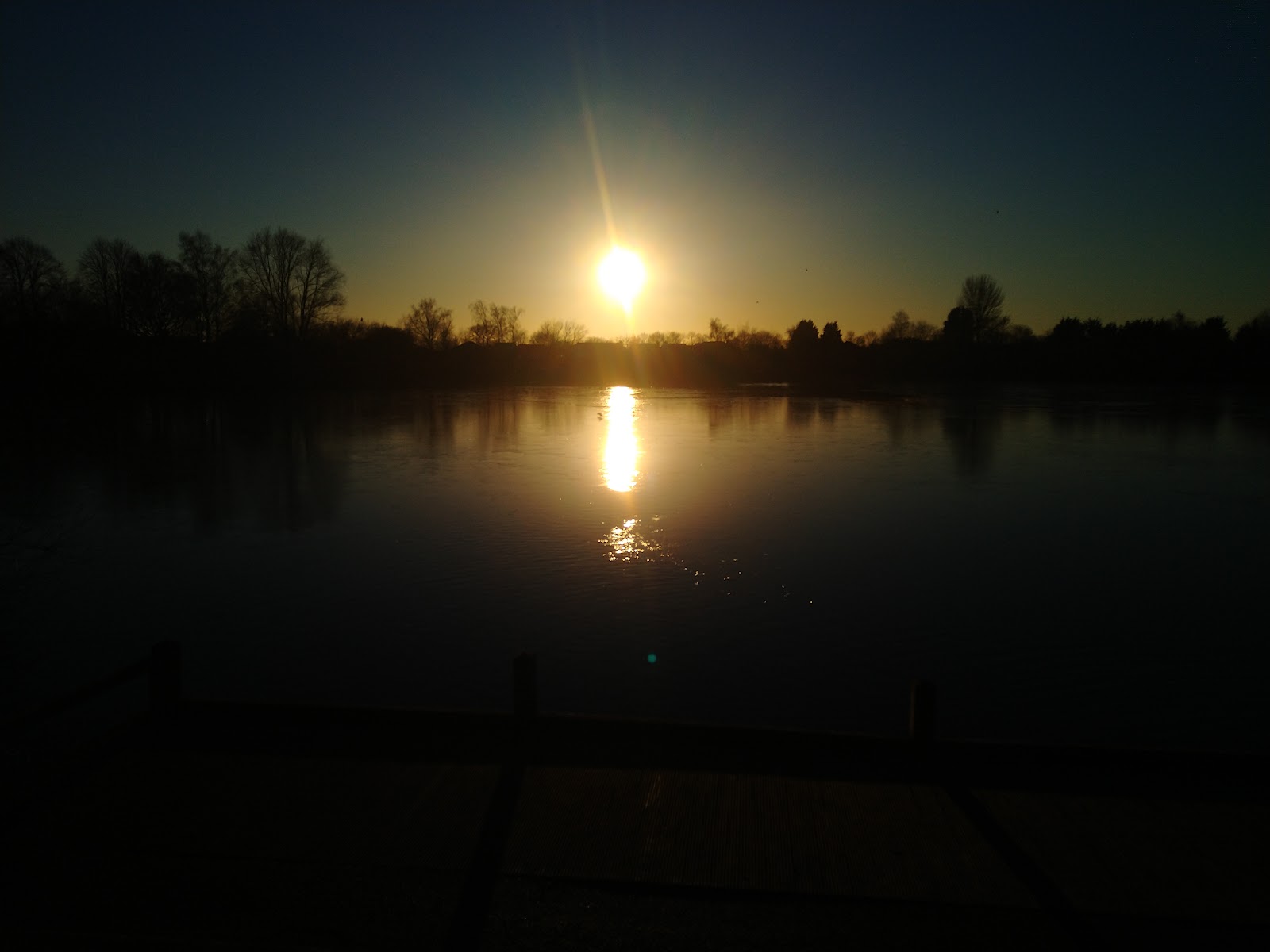 I was just returning from my afternoon walk, of which more later, when a flash of colour caught my attention on the path leading to my garden gate in the communal yard.

I was utterly gobsmacked to see a small tortoiseshell butterfly creeping along the flagstones.

Heaven knows what it was doing awake, as it was cold last night and hardly mild today, although it was sunny. I can only assume it's hibernation had been disturbed by something.

The light levels were low, and it was scuttling just a bit too quickly to get good photographs alas, but I got a couple before deciding the best thing to do would be to rescue it and pop it in the clematis in the back of the yard to see if it could find a place to sleep.

The months between now and May are the ones I love the most, as I track the arrivals of new flowers, insects and birds. But I really was not expecting a butterfly in January!

All text and images copyright CreamCrackeredNature 17.01.22 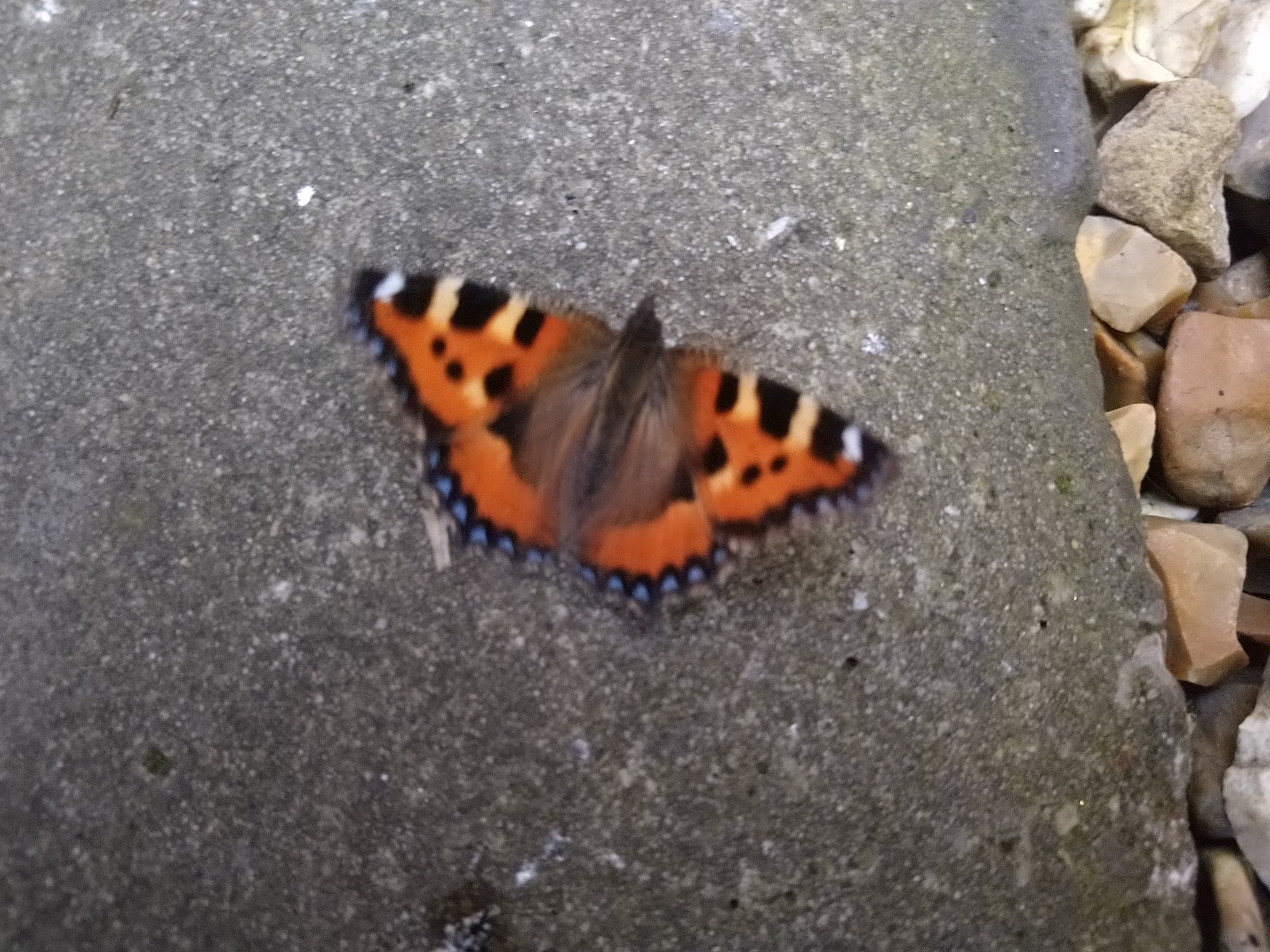 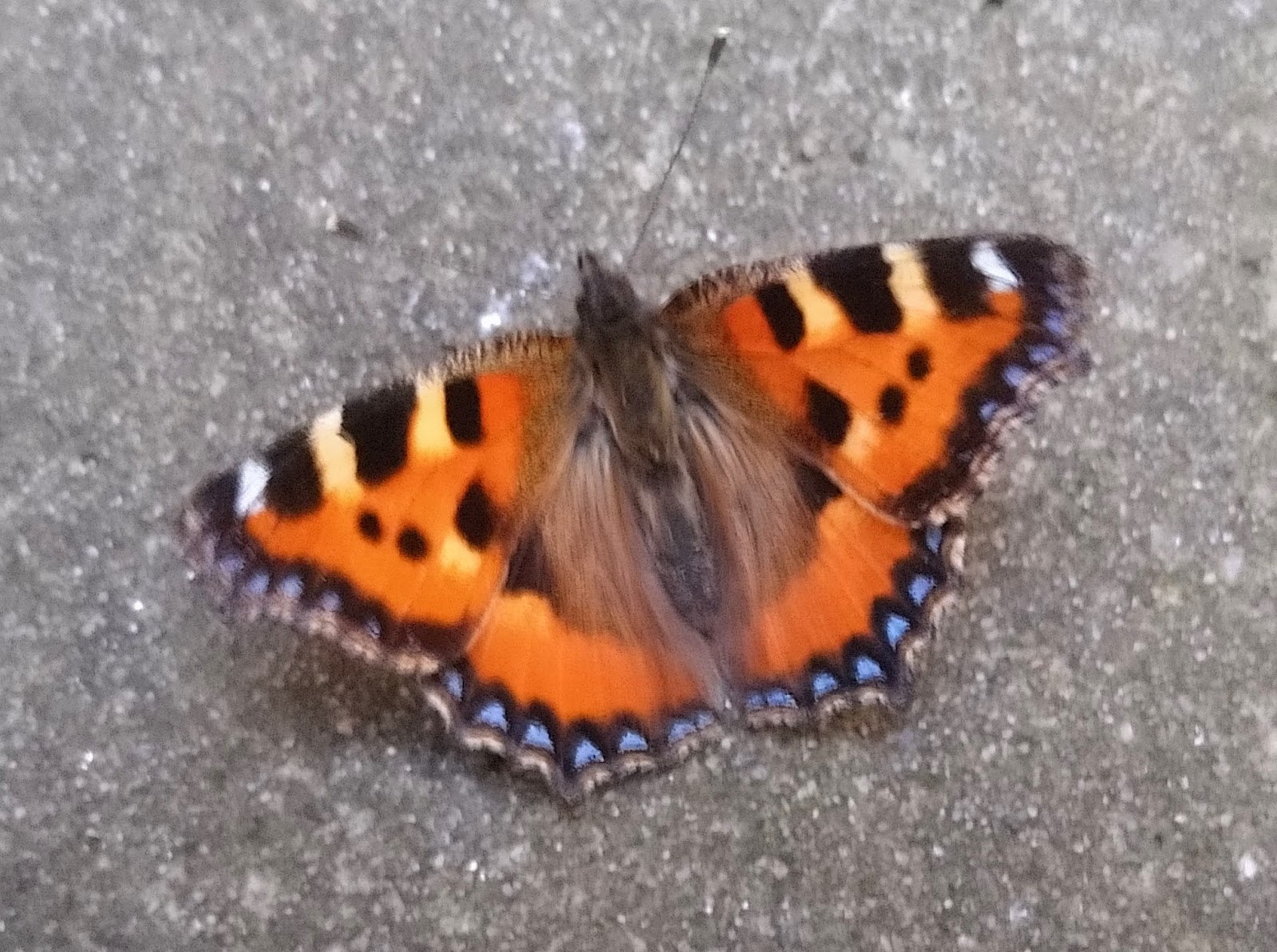 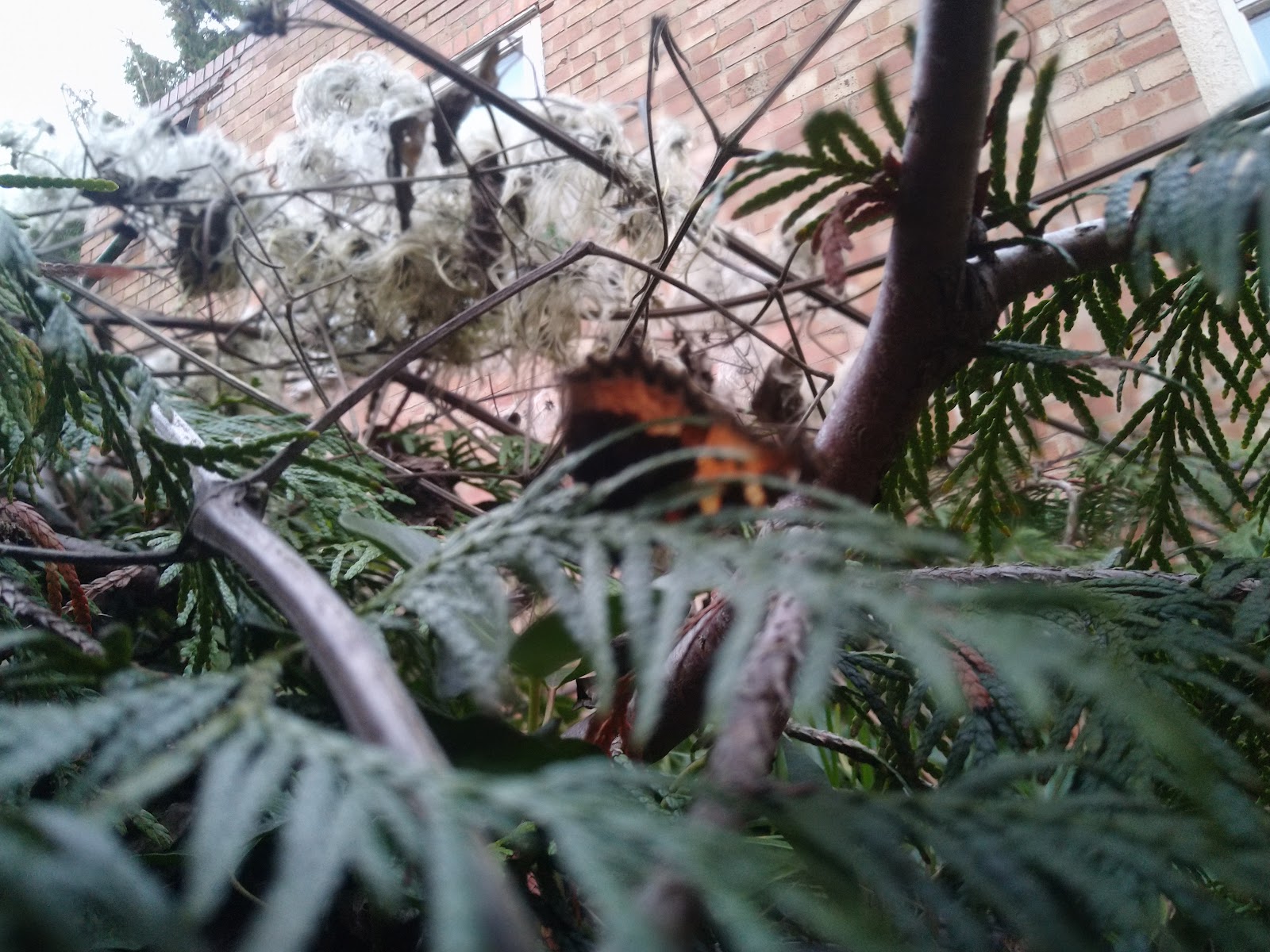 My sister gave me a video call the other night, where we talked of this and that and not a lot of high import, when I remarked that I had been just about to have a look at building up the little window bird feeder I had been given for Christmas.

So, I did a little unboxing  - or rather un-tinning - and upon finding glue and screws in it, I said "Ah ok, I'll leave it for tomorrow."

The idea of doing something with my hands of the degree of complexity of the world's simplest Airfix model had completely psyched me out.

My sister wasn't having any of it. "Come on. We'll do it together!"

And so we did!

It was tricky, although not as painful as I imagined, and I did make one or two cock-ups, but the little structure began to come together. I did some gluing. I did some screwdrivering.

After about 40 minutes, it was all but complete and I was just waiting for some glue to dry before I could put the roof on, which I did later.

Video call crafting! Not something I thought I'd be doing that night.

All text and images copyright CreamCrackeredNature 11.01.22 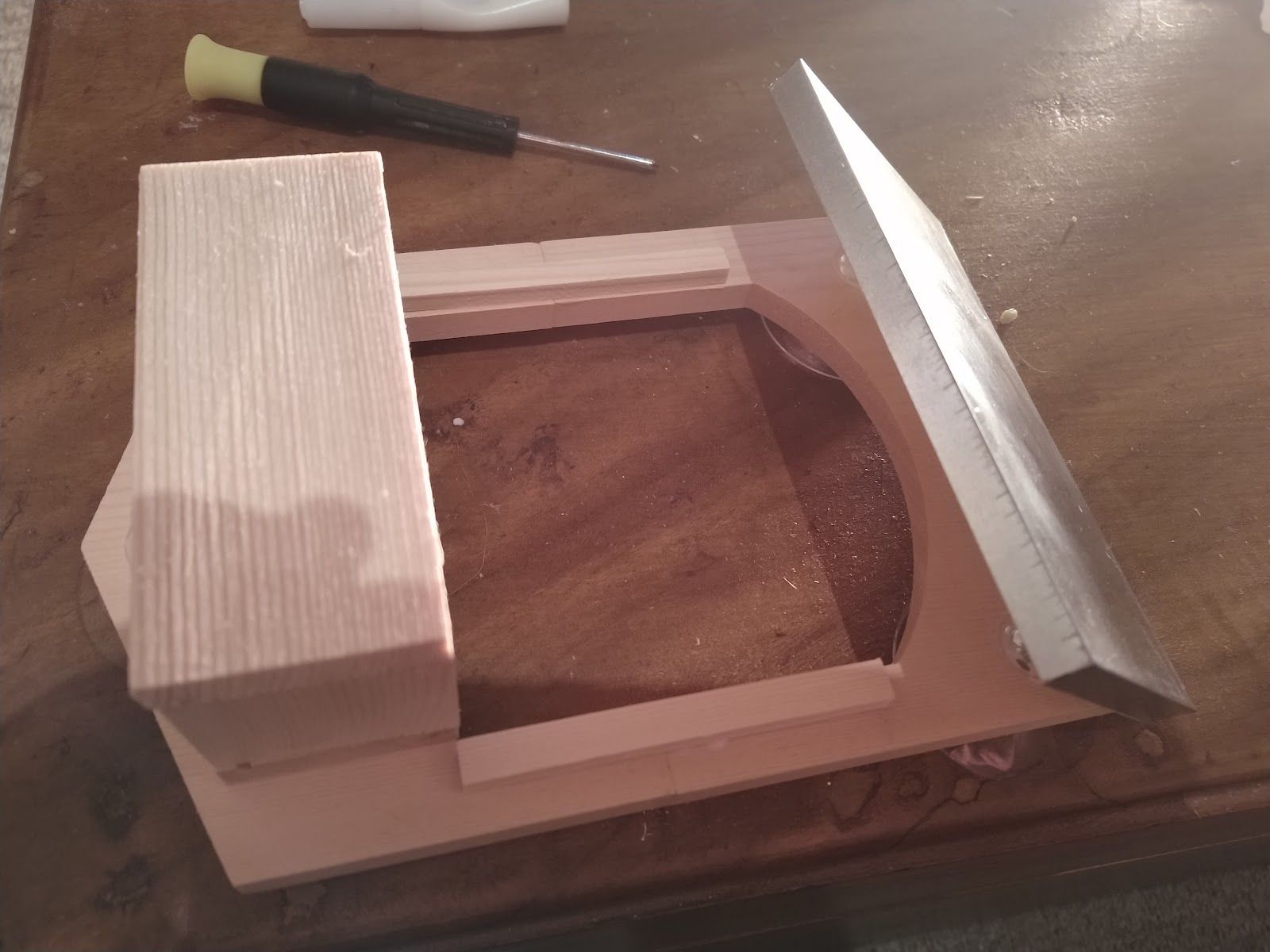 I've accumulated a fair bit of Christmas chub alas, and after barely remembering the taste of non-cream cheese of the low calorie variety, I've found myself eating far too many wedges of Port Salou and blocks of Red Leicester on rich tea biscuits, which are at least the least-fattening biscuits you can get.

It's going to be a long, tedious and joyless route back to trimness.

Cricket nets are looming this weekend, which strikes me as being a little risky in the current climate, but it's not for that reason I shan't be going. It's my spasmy back, which I intend to rest for at least another week before trying it out with a spot of bowling.

The other big worry is my ankle, I haven't done anything to put any pressure on it in months.

So, after a week back at work in either stygian gloom or freezing conditions, there's not a massive amount to see. But now, ever so slightly, there is a little more daylight, a little more time, to see and do things.

I can hardly wait for spring.

All text and images copyright CreamCrackeredNature 07.01.22 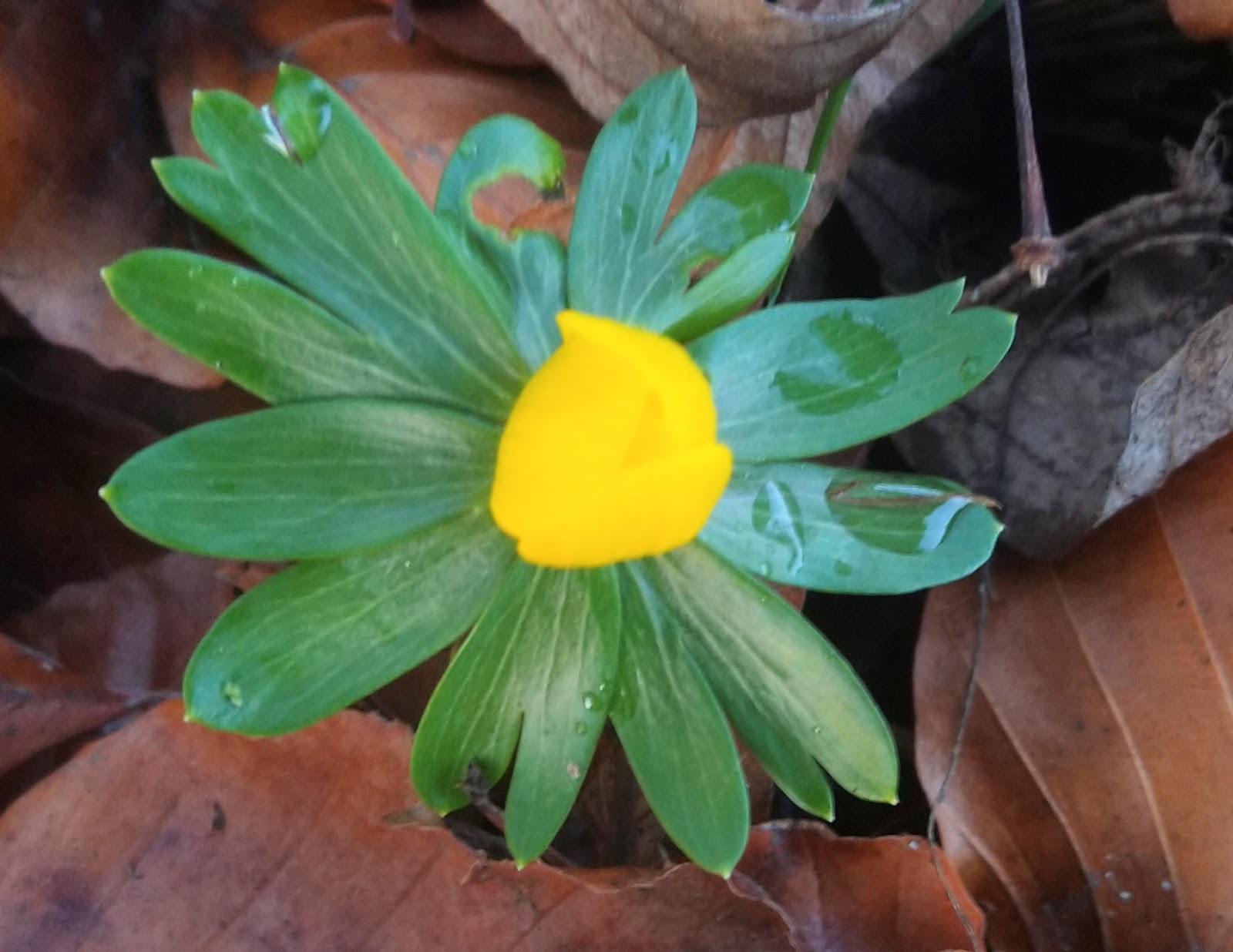 Today has been an utter write off, but yesterday I took advantage of the insanely mild weather with a 90 minute walk around town.

With snowdrops already sighted for the season, and already more numerous than before in the cemetery, I decided to head down to Friary Gardens to try and spot the first winter aconite of the season.

I thought I was perhaps too early, but as it turned out there a few of these little yellow jewels in bloom tucked in amongst the leaves. Soon they will begin to form the familiar golden carpets under the trees - in town they grow here more than anywhere else.

2022 then - what will it bring? Can anyone really know these days? I fully intend to look after my neurological health better if I can - hopefully my ankle will continue to improve to allow me to walk more, which in turn helps with my Tourettes and Autism issues.

If I can't get outside and burn up a lot of energy, it really shows with increased symptoms associated with my condition.

All pictures and text copyright CreamCrackeredNature 01.01.2022 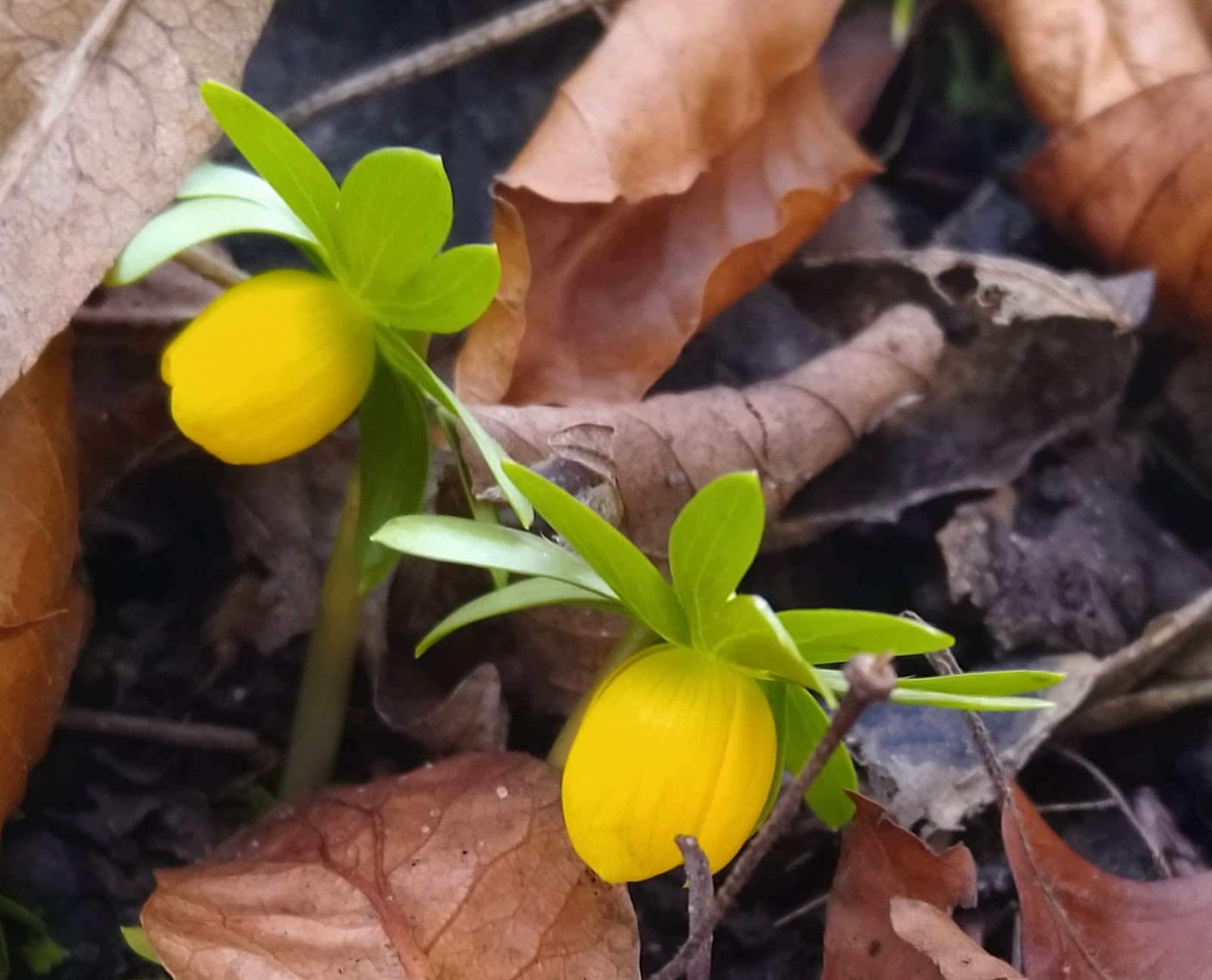 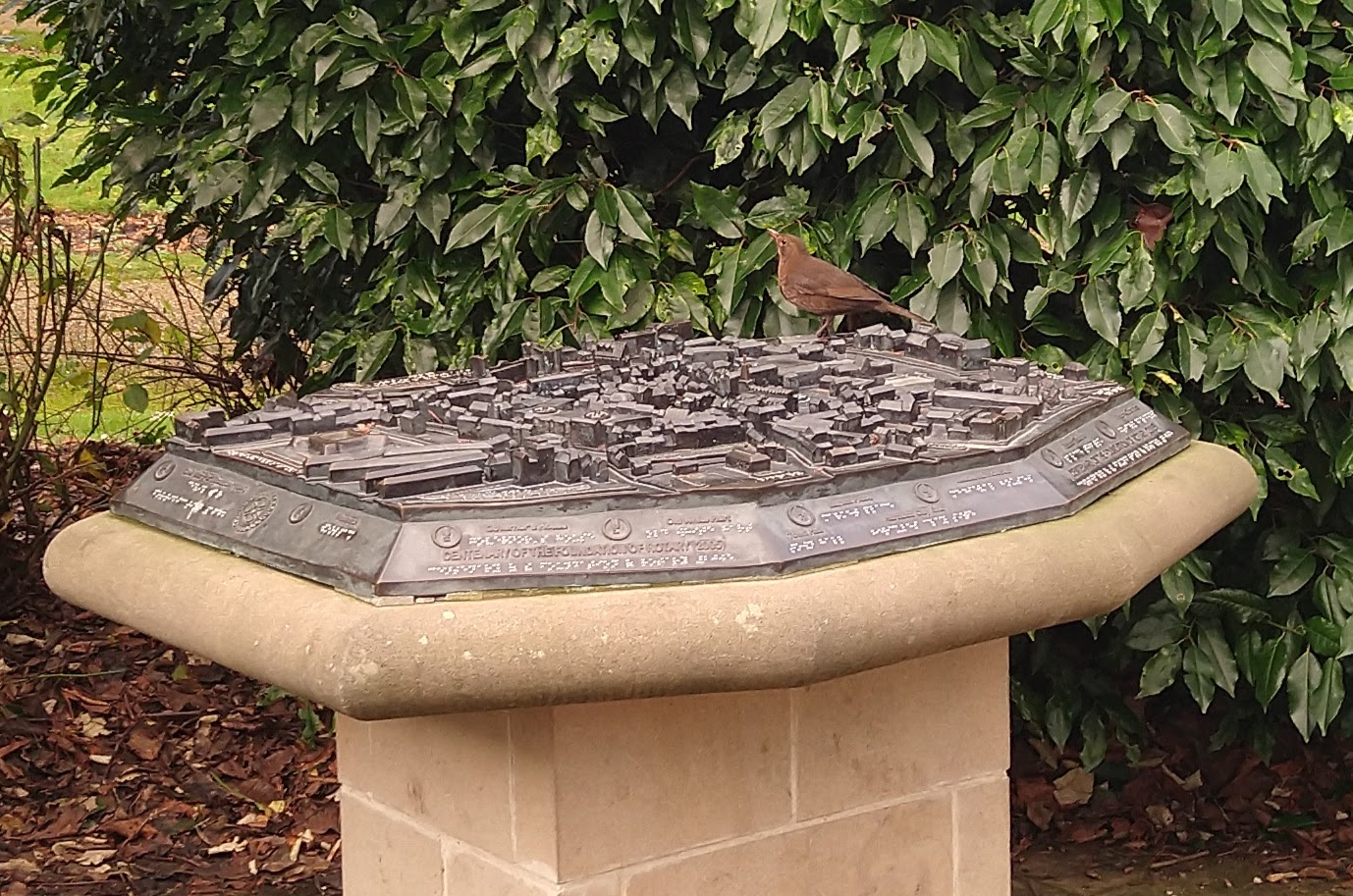