As soon as I arrived at the lake the first thing I thought was how much it reminded me of Rutland Water back up in my part of the world. It may not be as large, but the feel of it, with the cafe and shop, bike trails and sailing school is very reminiscent. But at Roadford, you feel very high up, wind turbines dot the horizon and there is the sense that the sky is not that far away.

The winds blow the training dinghies about the water as we have tea and cake. The world's tallest man stands in front of us and looks at the world's smallest puppy, a baby meerkat sized chihuahua.  A giant metal sundial glitters in a lowering sun.

A bird hide proves the birds are hiding. But there are plenty of butterflies, and a big hawker flies over my shoulder like a strafing Spitfire. Muddy ground hints at the autumn to come.

A child screams eerily in the trees. The dense woods surrounding the lake might be very scary at night. But in the day, it was lovely.

Found myself having to make an emergency visit to Devon in very unfortunate circumstances, but there was still an opportunity to have a lovely day in late summer sun amongst the Tors of Dartmoor.

Our first port of call was The Granite Way . This wide, traffic free cycle path runs for about 18 miles through Dartmoor, and combines damp wooded sections moistened by the sort of cliche babbling brooks I remember from childhood days in the Brecon Beacons; and also open sections above which a good number of swallows were dancing in aerial pursuit of insects.

There were plenty of butterflies too; butterflies and swallows abundant, so different from back home where summer has seemingly given up and gone to bed, pulling its equinox duvet up towards its head.

And then there is the viaduct, where the path crosses a deeply lush and green chasm below, and the Tors dominate the high skyline above. In the distance, water tumbles down the face of a dam...

...so onto Meldon Reservoir itself, 900 feet above sea level and boasting a dizzying drop down its wall, where the water falls into a turmoil at the bottom. There's less life here, almost as if it is in awe of this power.

It's a long time since I'd been back in Devon. It is still beautiful up there.

All text and images copyright CreamCrackeredNature 30.08.15
Posted by Simon Douglas Thompson at 14:59 9 comments:

Had a fabulous day today up at Great Dalby near Melton Mowbry, playing cricket for the thirds, and although we got beaten in the official league match (but not in the 20 20 beer match that followed it) - the tea was great, and the late summer weather lovely.

It was the ground that made the day though. Not only was it a beautiful setting on a hill getting towards the Vale of Belvoir, but we were playing on a bit of history.

Initially the pitch had the look of some kind of neolithic burial site, and when you went to field on it you felt like you were wearing some kind of gravity boots as you undulated like a drunken sailor in a storm. Luckily our team had a geography teacher on hand to explain that we were playing on a rare surviving example of ridge and furrow farmland, dating back to the 17th century at latest. Apparently the farmer who owns the cricket ground is subsidised to maintain the site as it is.

It certainly made fielding very interesting, as the ball ran up hill and down dale, although it didn't excuse my missed catch. That was caused by the ball coming out of a tree, or course. Nor my playing all around a straight one while on a colossal 8.

An 8 that raised my final season's average to an impressive 6.00.

All text and images copyright CreamCrackeredNature 29.08.15

It's all in the Eyes

Kilton Raptor Rescue paid us a visit again on Friday, with one or two different birds on view today.

As I arrived, this harris hawk was having his photo taken with a lady. The expression in the bird's face is priceless, and makes you empathise with the rodent or small bird that has this steely gaze as its last sight on earth.

I remember the guy looking after the birds saying that so many harris hawks have escaped from captivity - I get the impression that they are the most numerous captive bred bird used for falconry - that they are starting to establish themselves as a non native species in the UK. I wonder if this is true.

This bird appears to be some kind of Asian or African species of kestrel, and it was certainly big on eye contact. It was smaller than one of our kestrels, barely larger than a blackbird.

There was a peregrine type falcon too, but not as dark.

In the box, the little owl sat scowling out with deadly golden eyes. Not one for showing off in public.

Rather more engaged was my new spirit animal friend, a sort of scopps owl on steroids. Looks too bulky to be one of our long eared owls?

This bird is a wise owl indeed, I think.

All text and images are copyright CreamCrackeredNature 24.08.15
Posted by Simon Douglas Thompson at 15:23 4 comments:

My rather little feeble, un-beflowered garden doesn't really have a lot to offer. It doesn't see a massive amount of summer sun due to the trees, and any time any good cover of wild flowers gets going, the gardener next door hacks it down "as a favour".

But I do have a smallish buddleia, now much more brown than purple, a holly tree my Polish neighbour murdered the bottom half of to let some light into her flowers - technically most of the trunk is on her side - and below this, another cropping victim.

It's some form of ivy, I think, and it has recently come into bloom with small creamy flowers. It doesn't seem to attract bees so much, but instead acts as an attractor for wasps - think there's another nest in my roof again judging by the numbers of small males I'm finding dying in the flat - and also hoverflies of varying species.

Picked up these three yesterday, a couple of bombylans looking types with the big black hourglass on the abdomen, and a more "traditional" one. I've seen the wasp hoverflies on it too, but alas not one of the hornet hoverflies sadly; only at the castle grounds.

That was a magnificent beastie!

My next door neighbour has been working hard in her tiny garden today, doing a lot of raking, sweeping, and seemingly randomly stabbing the ground with a trowel. Her arms are heavily tattooed; she could be one of the modern day English retro girls who open cafes and bakeries.

Ever since they moved in, their garden has been a veritable explosion of colour in what was a very dark and quiet little drive where our divided house sits. I've loved it. She's out every day watering and tinkering.

Apparently Polish folk love colour, and to have a garden awash with flowers is very much their thing. It's not just the garden either, you can see in the windows that their flat is like a John Wyndham triffid farm, with greenery trailing all over the place. It does look rather muggy in there though.

Sadly, her plants don't seem to be particularly attractive to pollinators, but one can't have everything. As everyone always says.

All text and images copyright CreamCrackeredNature 21.07.15 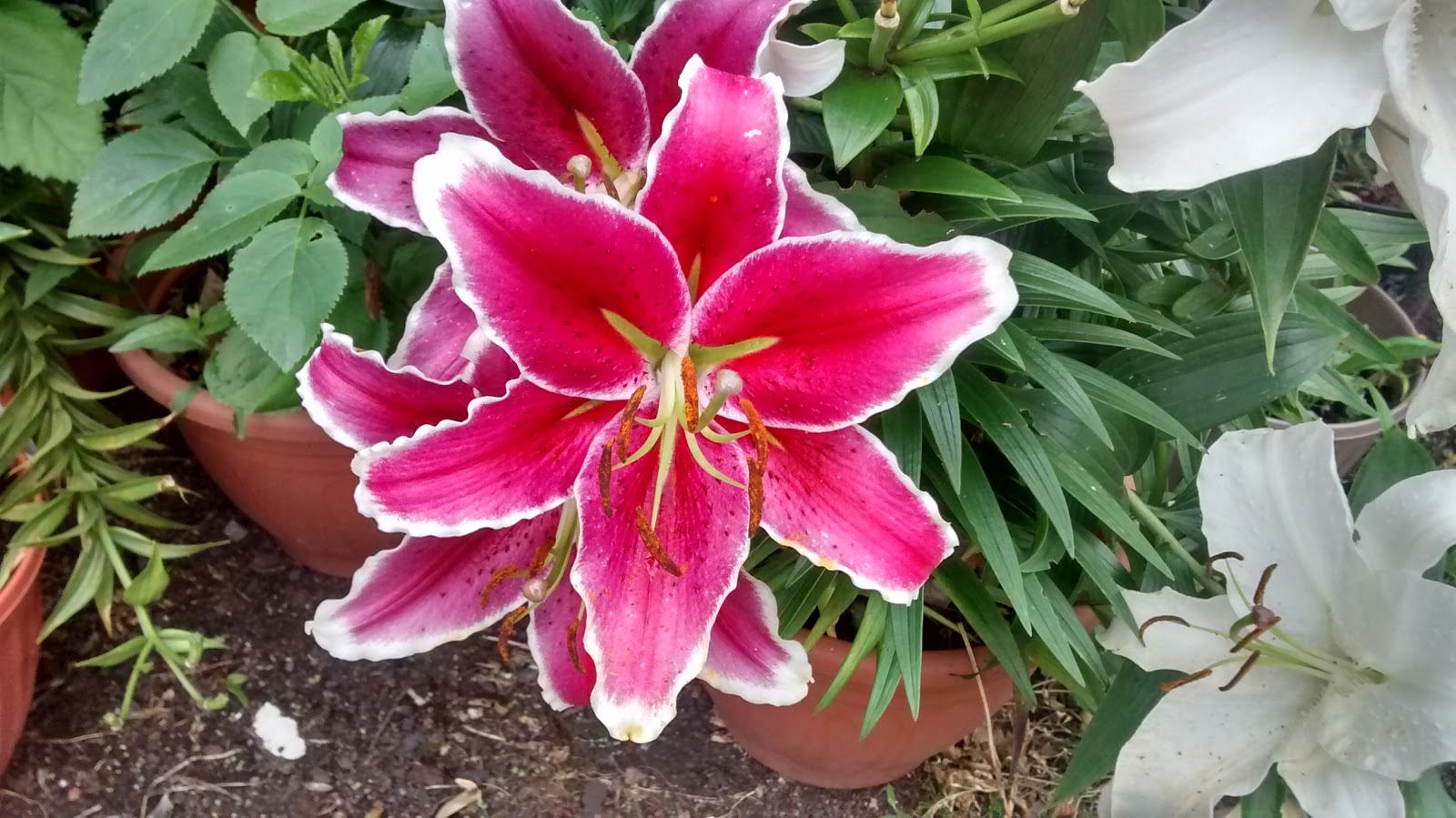 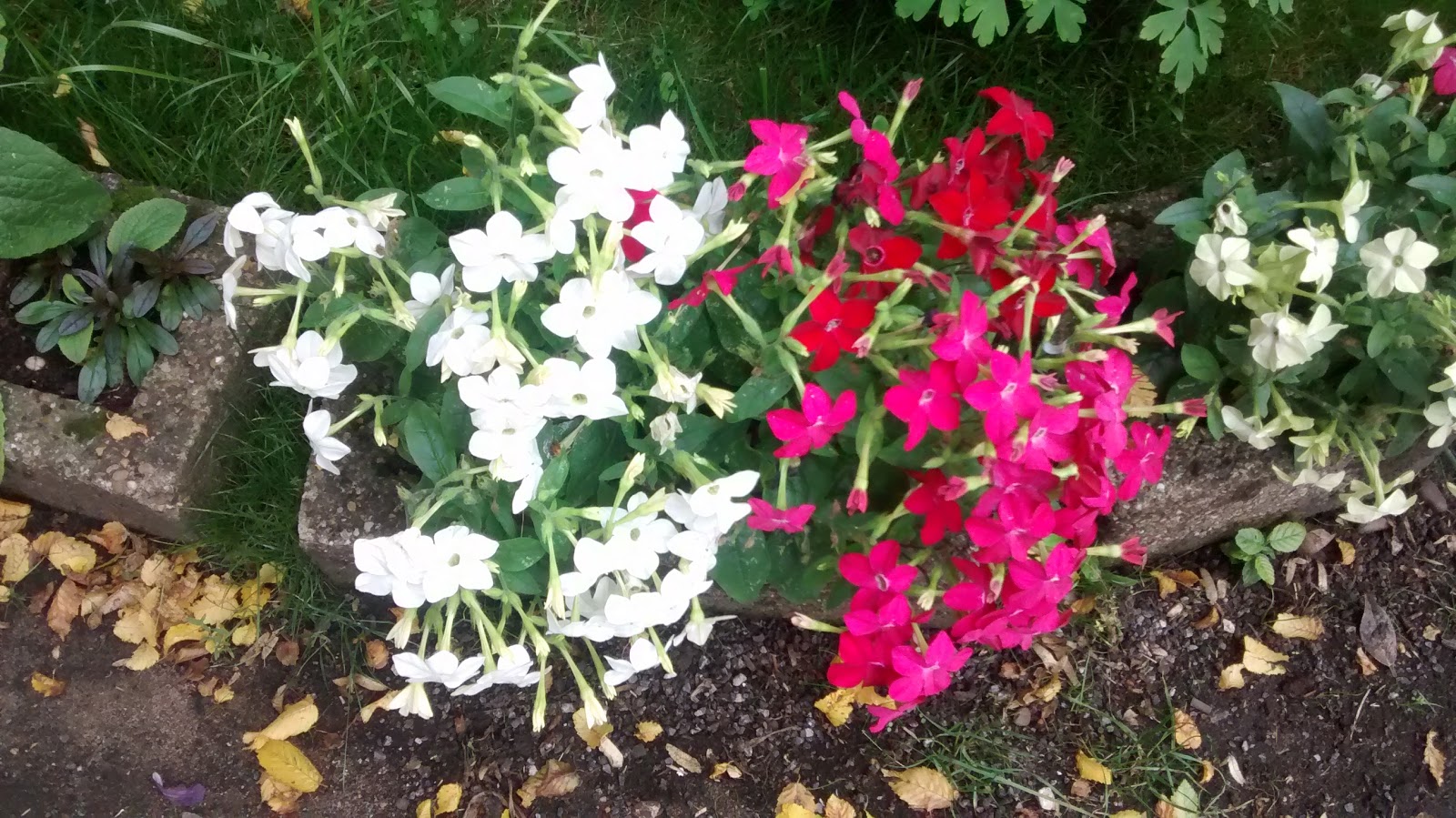 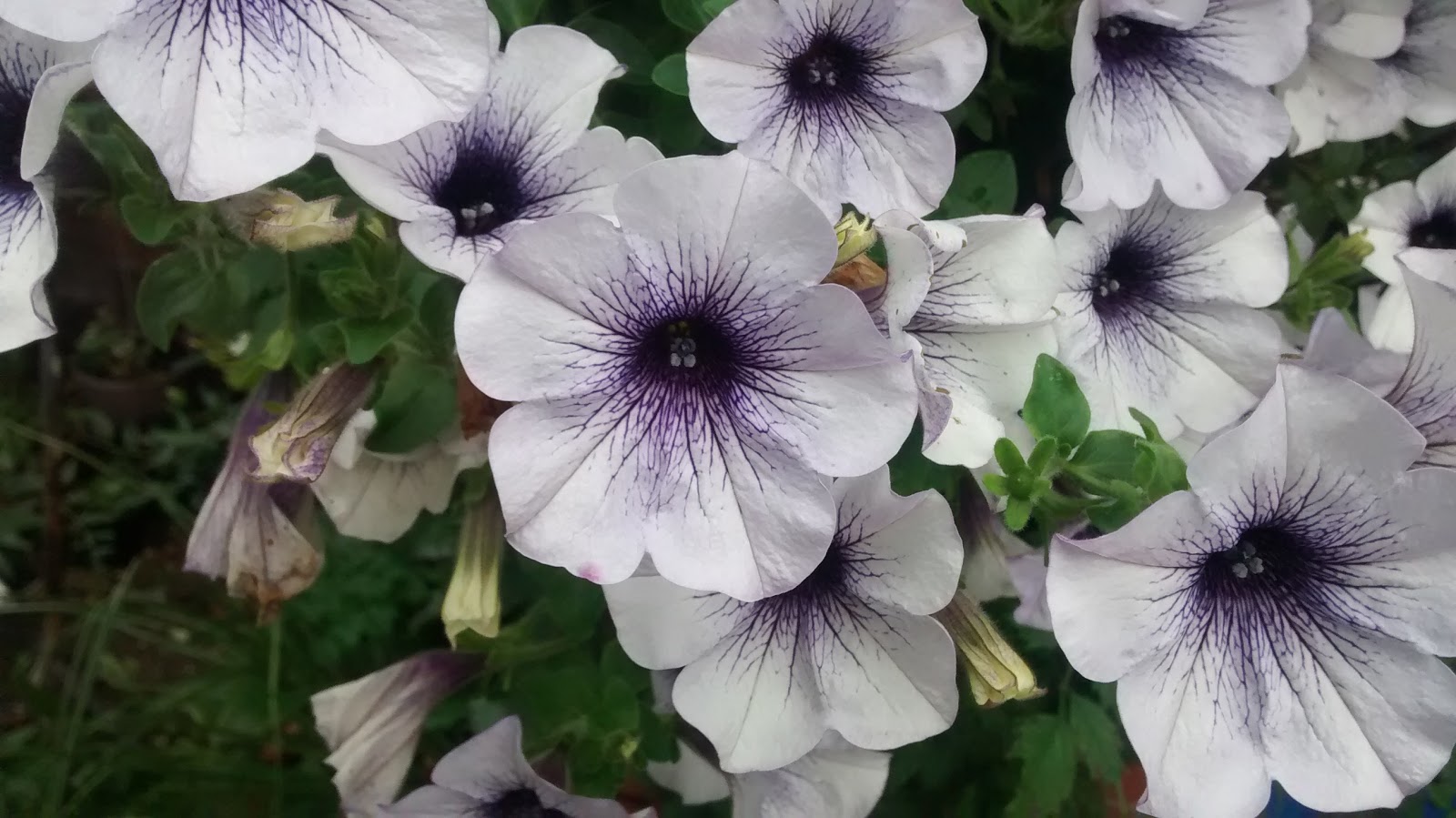 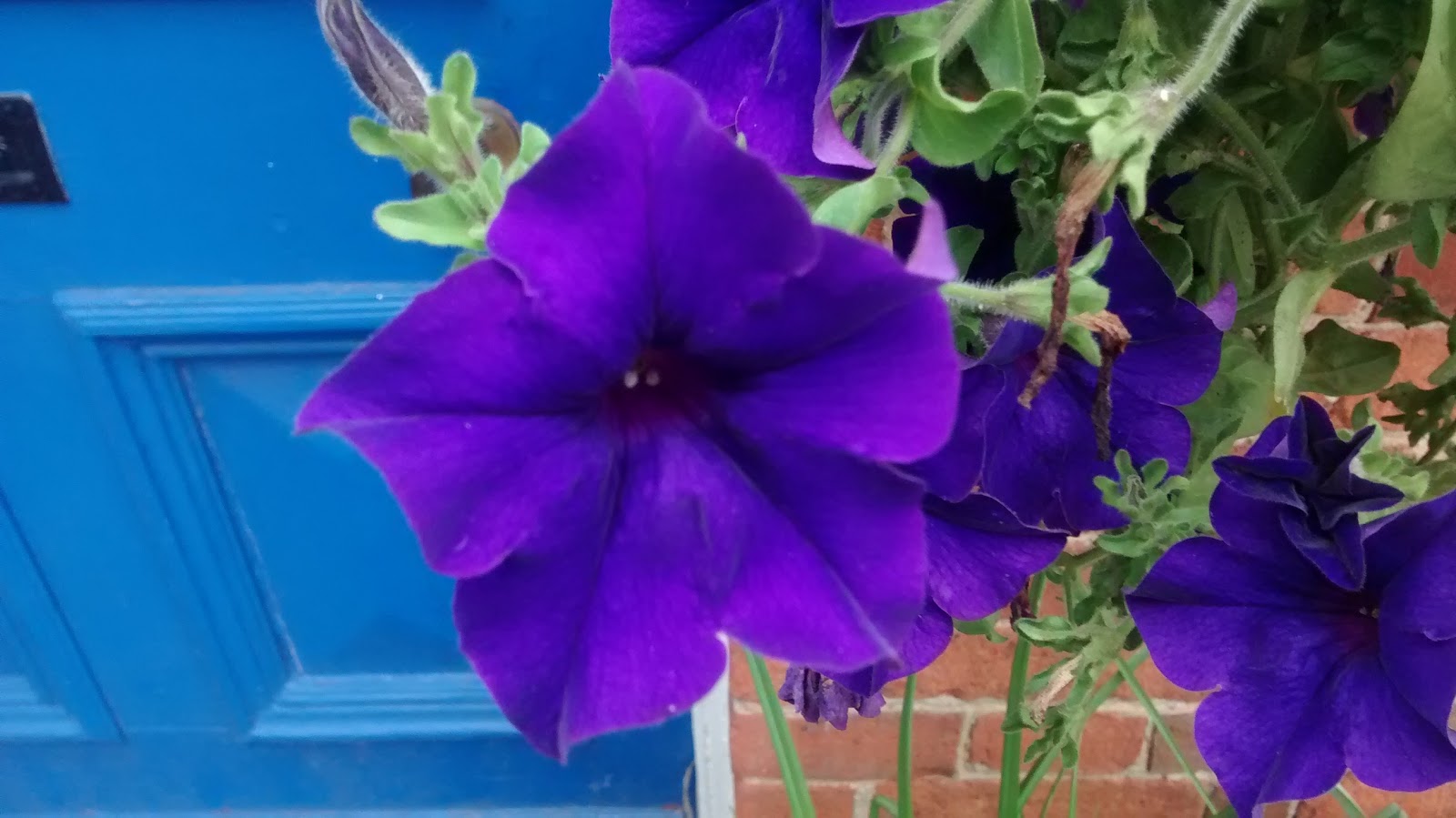 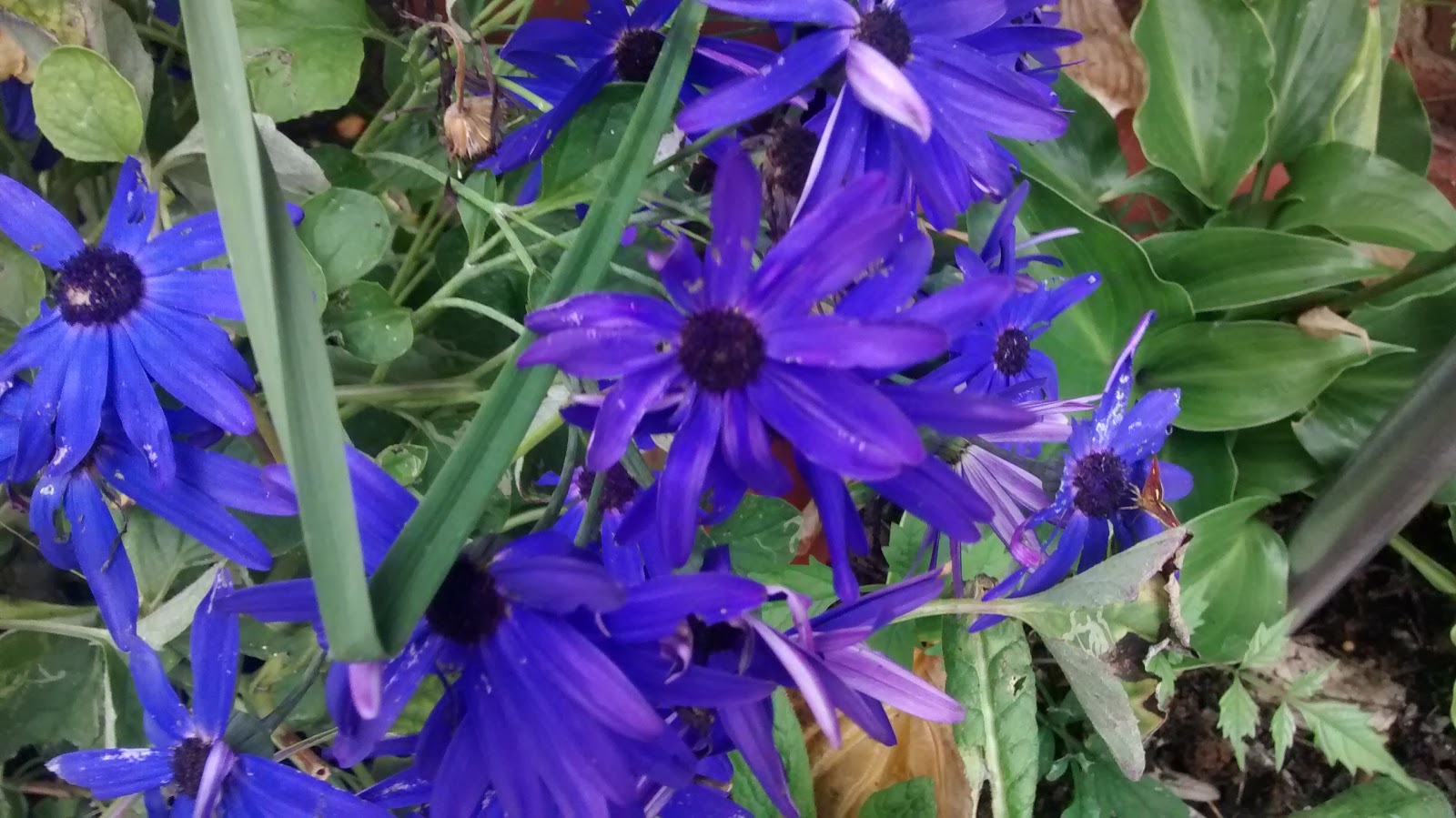 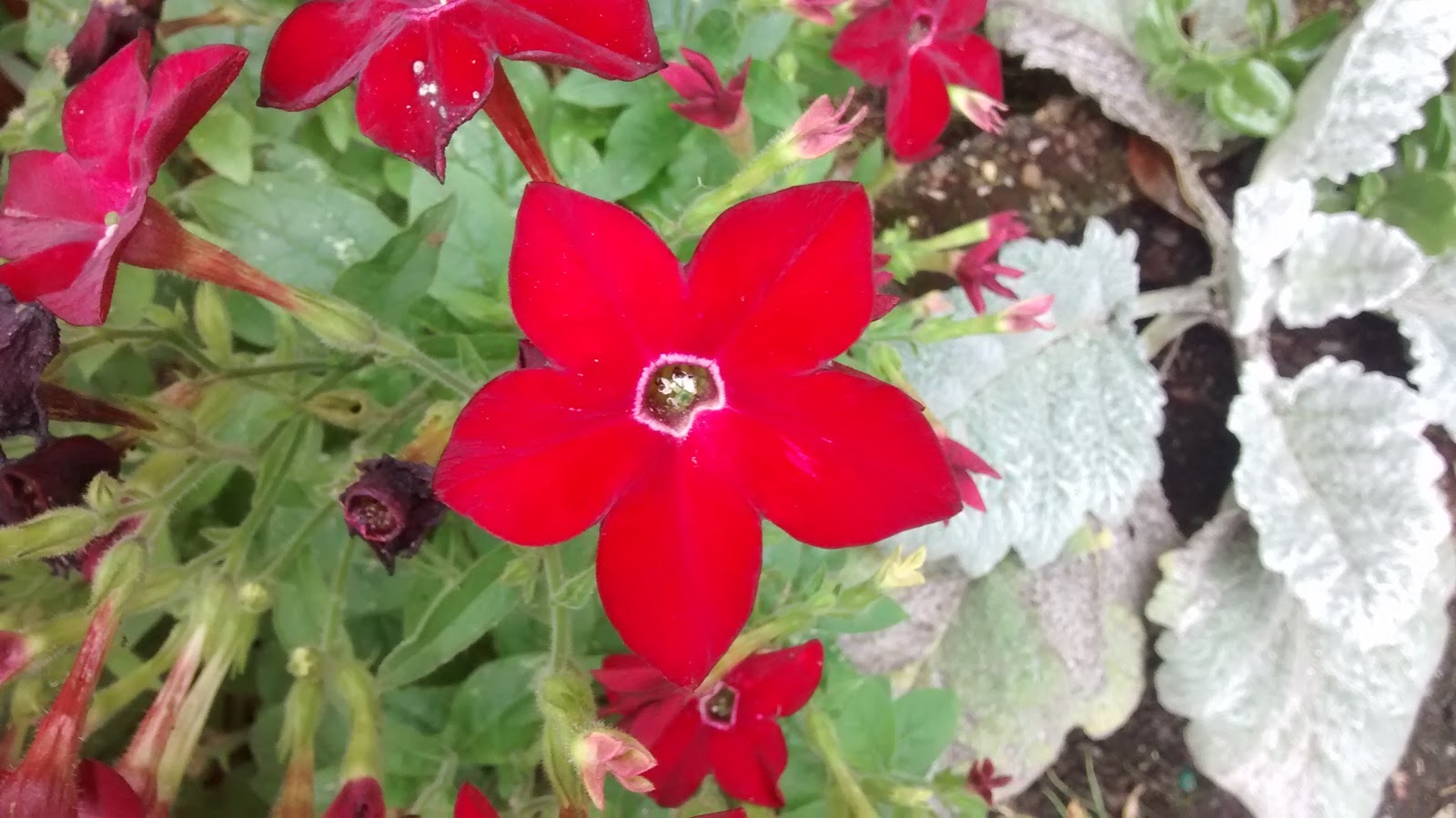 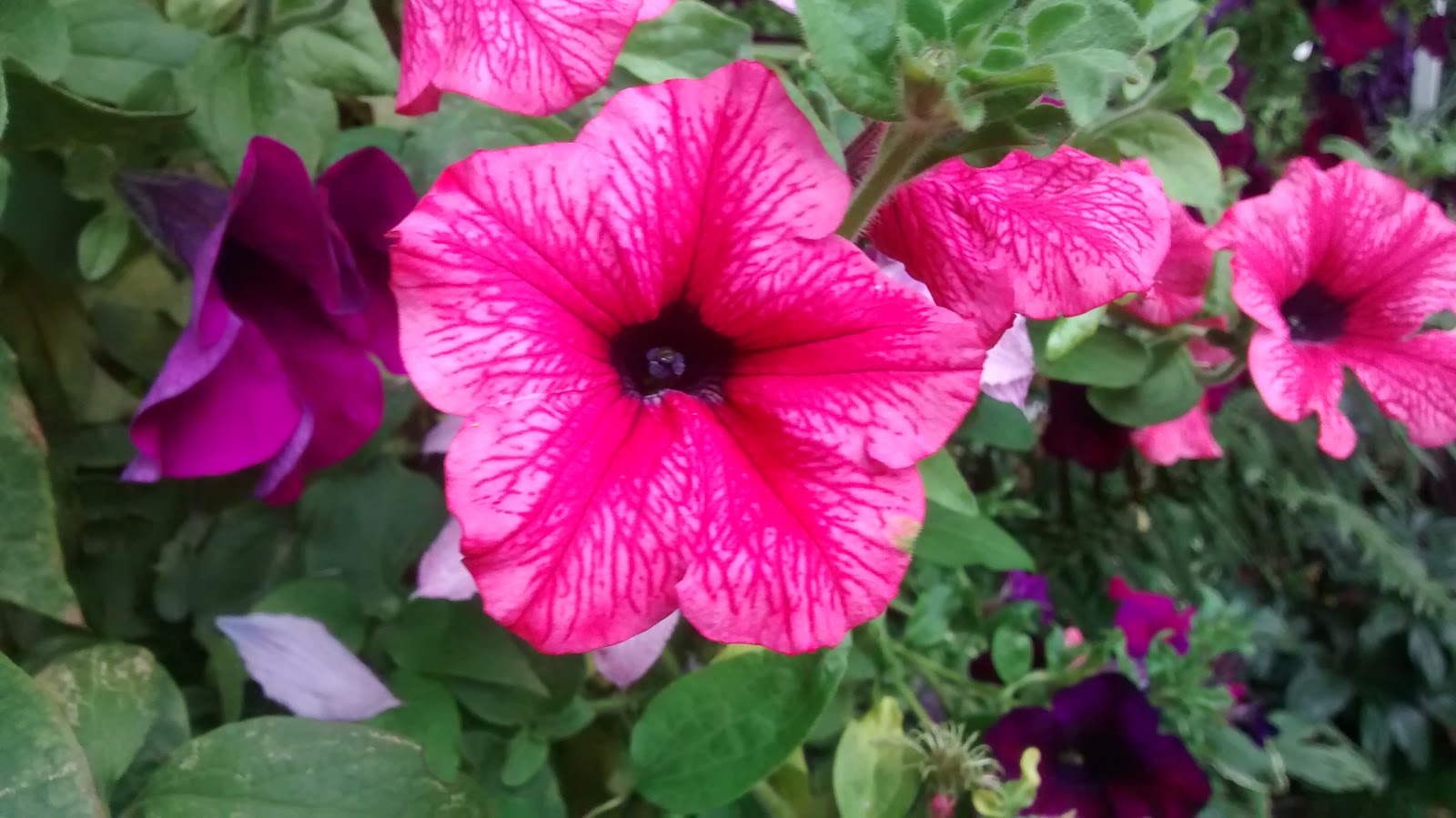 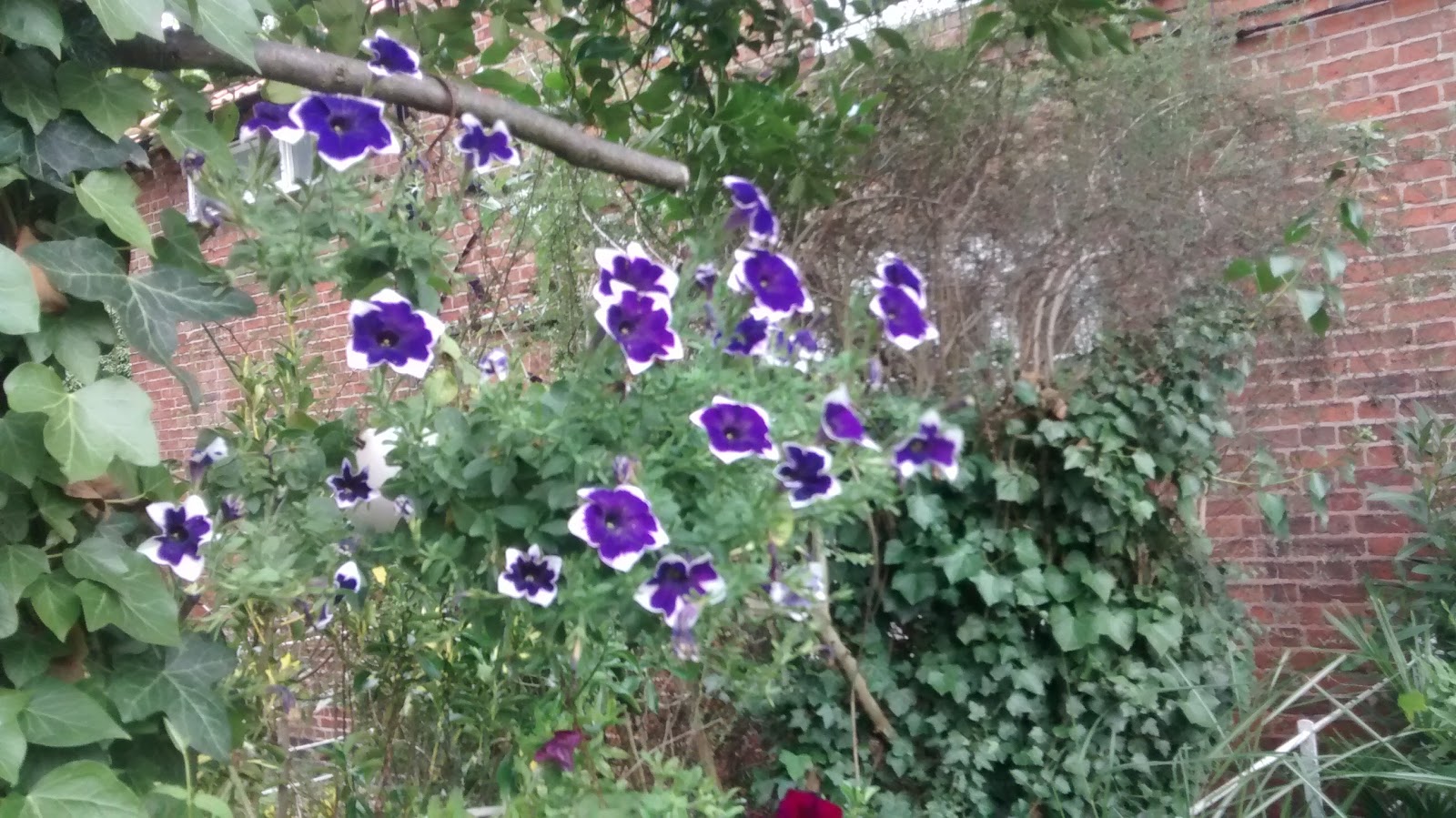