Our local library lies adjacent to the old registery office, which was been bought, leased, resold, leased again and god only knows what else; it's a complex process.

The issue is not with the building itself, it lies with the little green space between the two buildings. Part of the leasehold agreement, indeed a contract, is that this area should be turned into a car park, a car park that the current owners of the building do not want, but if it isn't built the council face a 600K bill for breach of contract with a previous owner.

I think that's the story; I'm probably miles wrong. It's very confusing. The upshot is that three old trees, a lime and two sycamores, are going to have to be cut down, and local people have gotten very upset. Indeed, they have already organised two daytime protests during the last couple of weekends, and tonight, they organised a third, a candlelit vigil by night.

They say that the car park isn't needed, there is already plenty of parking space in the town, and it sends out a bad message in an age where we shouldn't be encouraging more cars onto the roads, into a town that is already gridlocked at weekends.

I went down not long before sunset to take photographs, and told the organisers that I would return later with my bat detector; they have put a couple of bat boxes in the trees, and St George's Bat trust say the recorded 108 calls in 40 minutes a few days ago.

If there are bats roosting in the trees, then that automatically ends the threat for at least until spring. I have to say I'd been twice before and picked up nothing, but absence of evidence is not evidence of absence.

I did return after sunset to see that a crowd of around 200 had gathered, holding lanterns and the like. I walked around with my detector, picking up no bats again while the song "Chasing Cars" by Snow Patrol was played while the crowd waved their lights in the air.

There was also some chanting of slogans, which was passionate although slightly...something.

I do wish them well, and I really hope there are bats in there. I've not picked up a sausage.

All text and images copyright CreamCrackeredNature 30.10.21 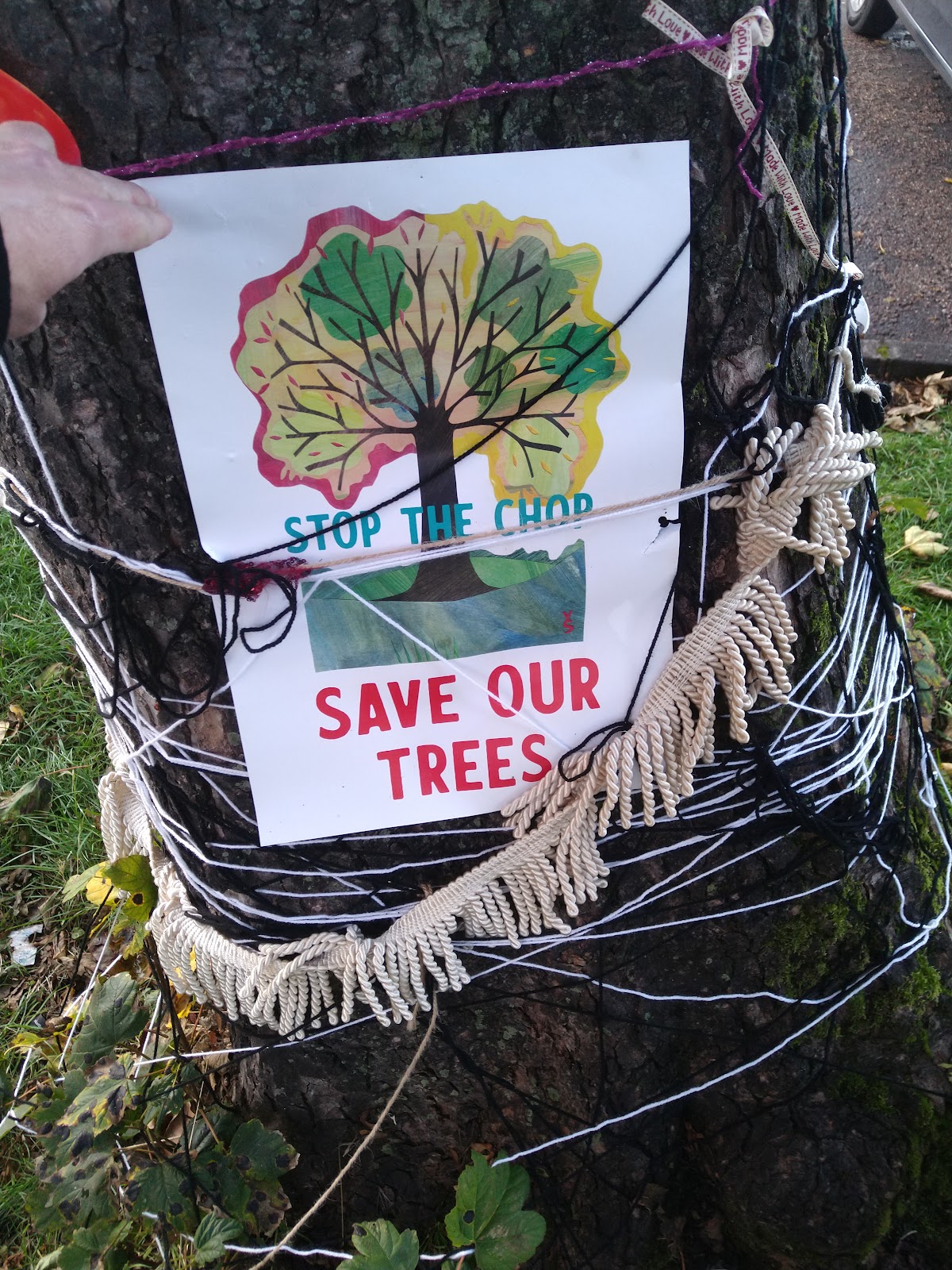 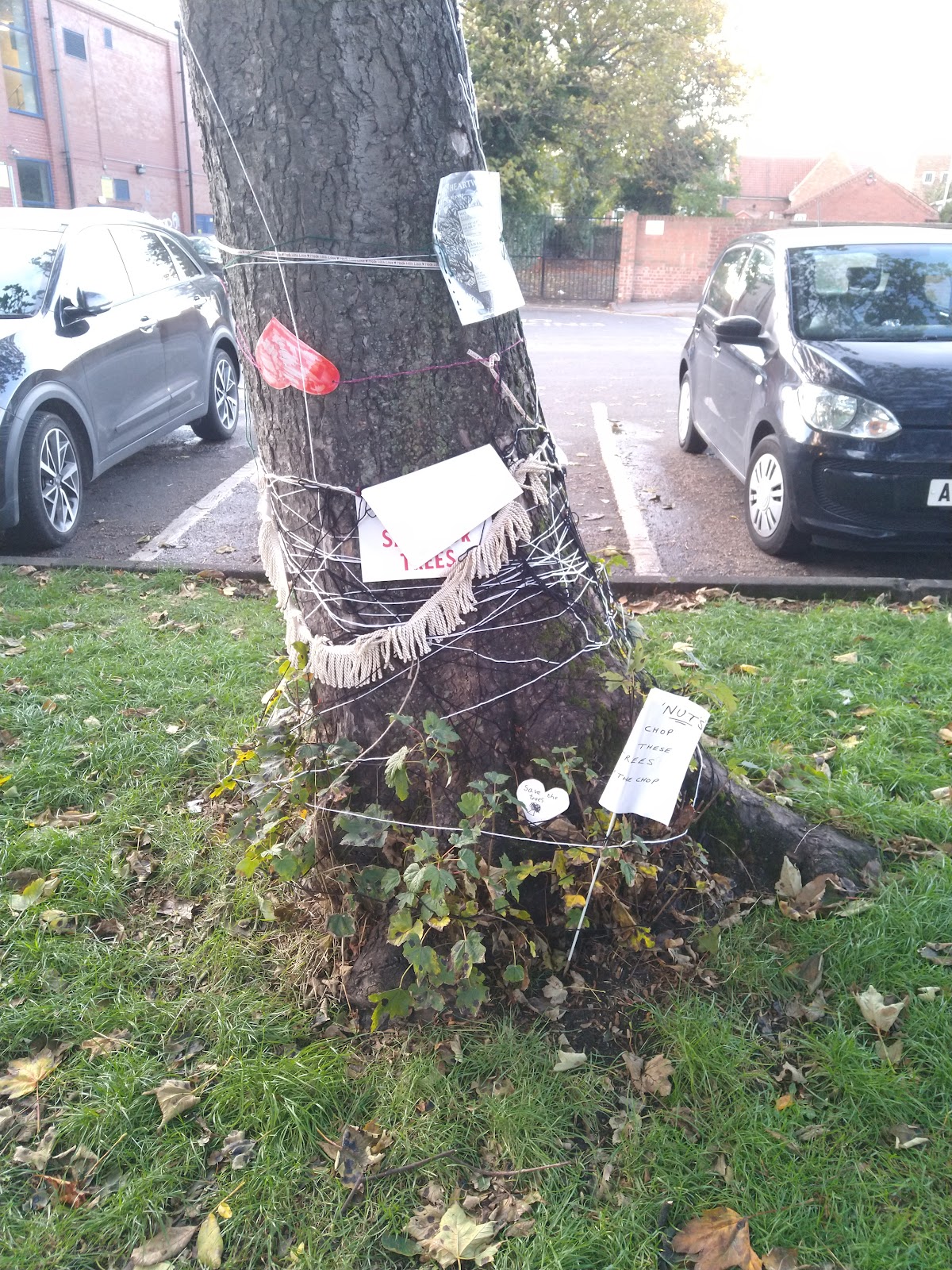 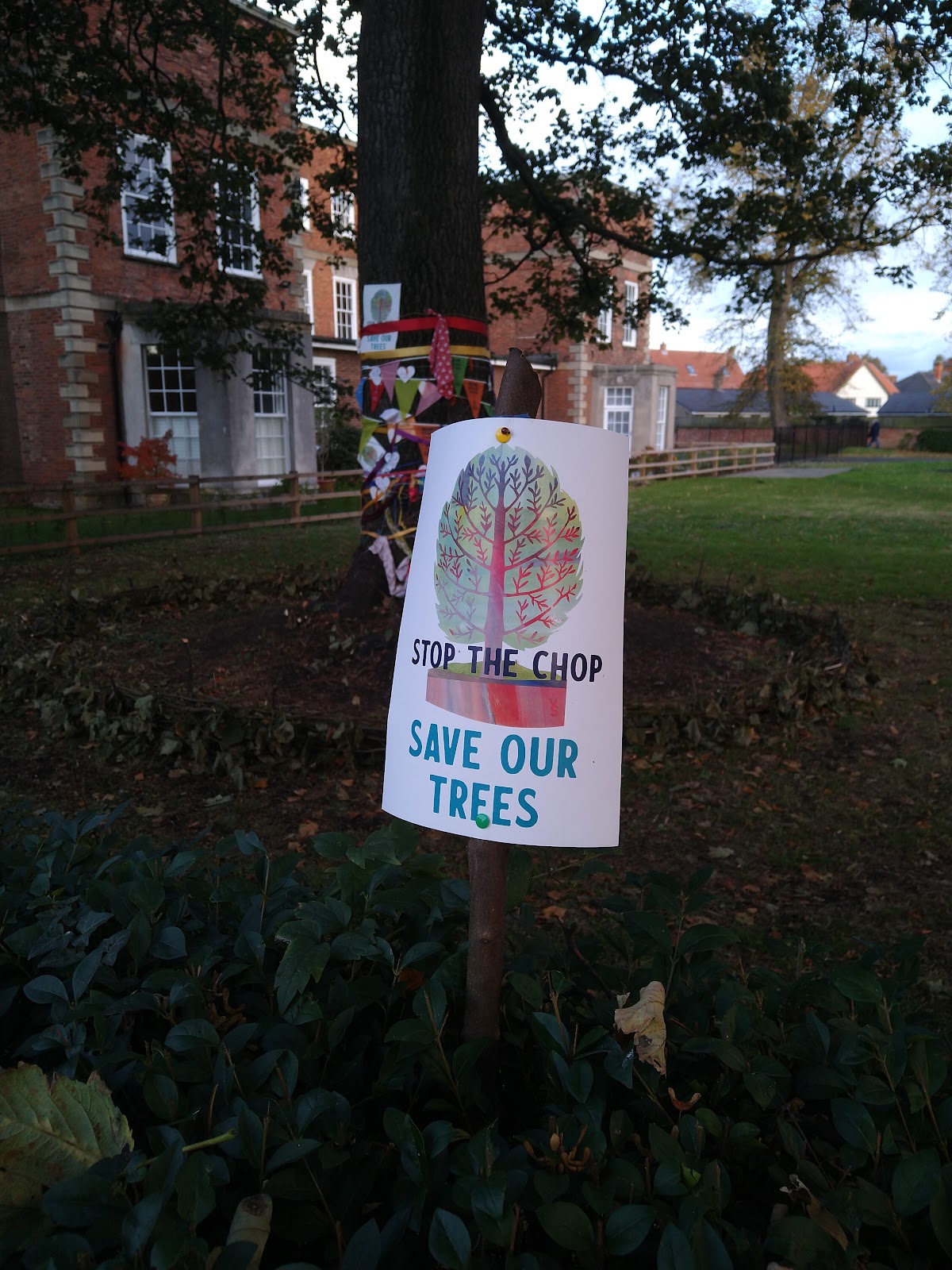 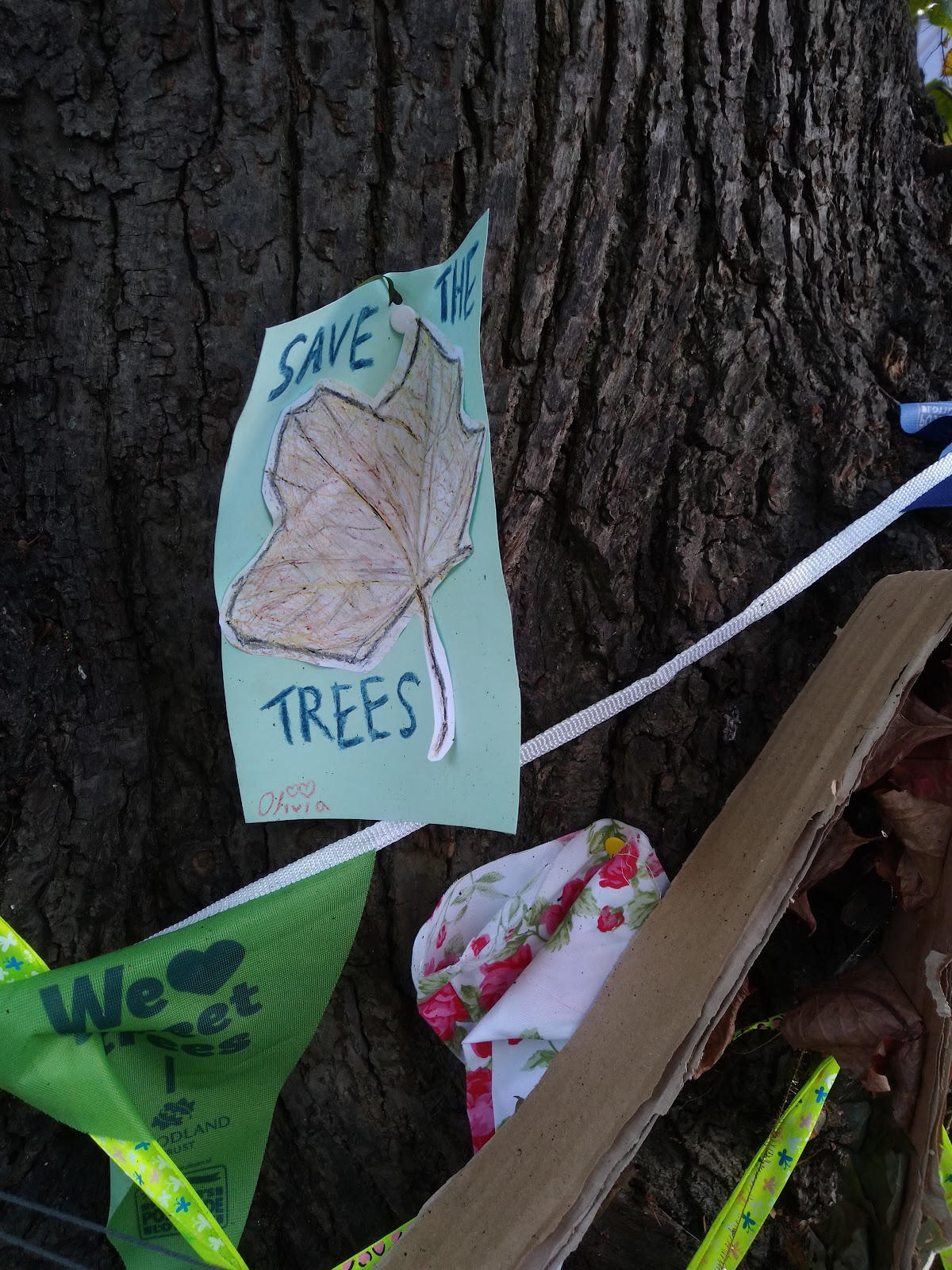 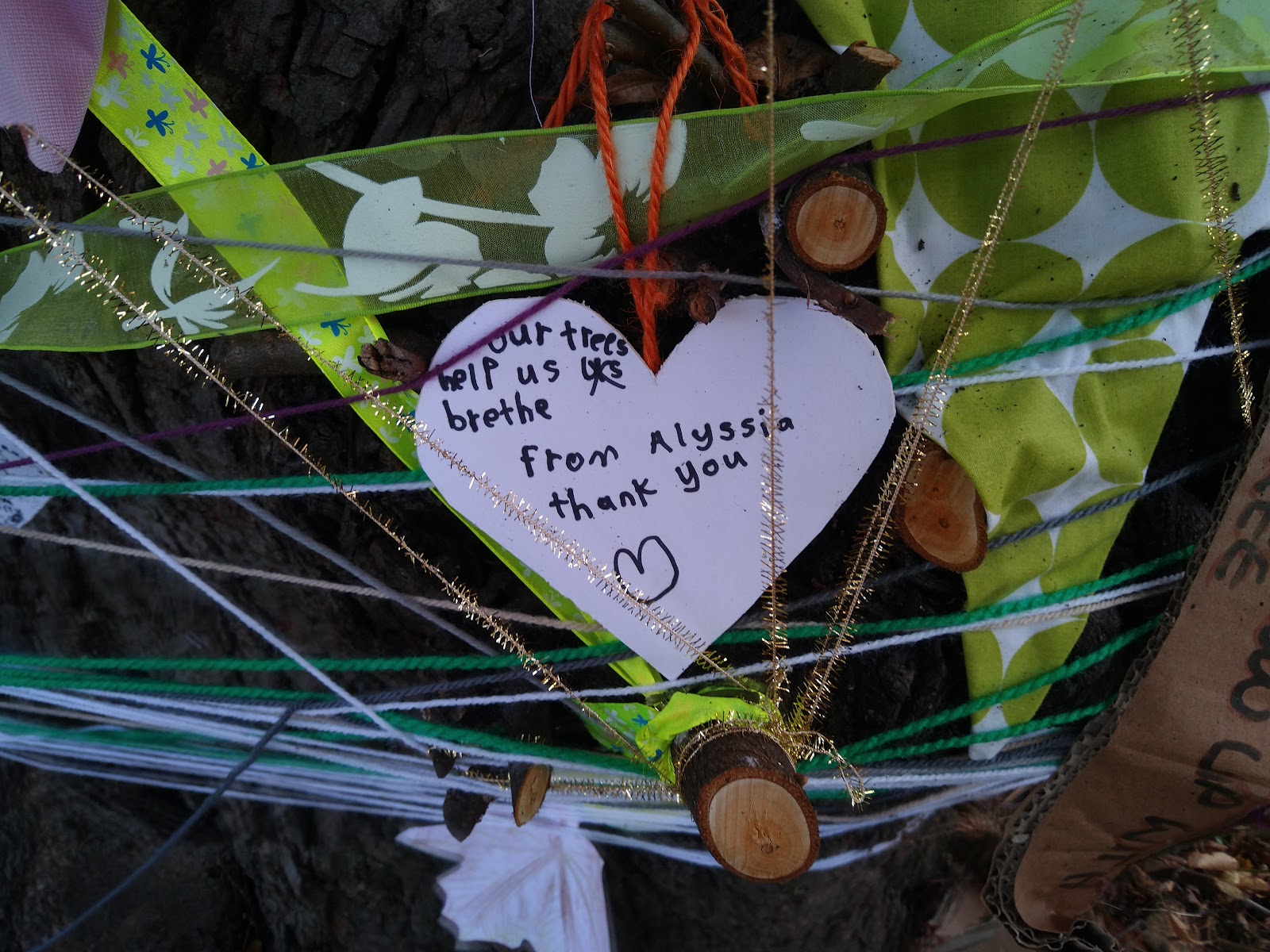 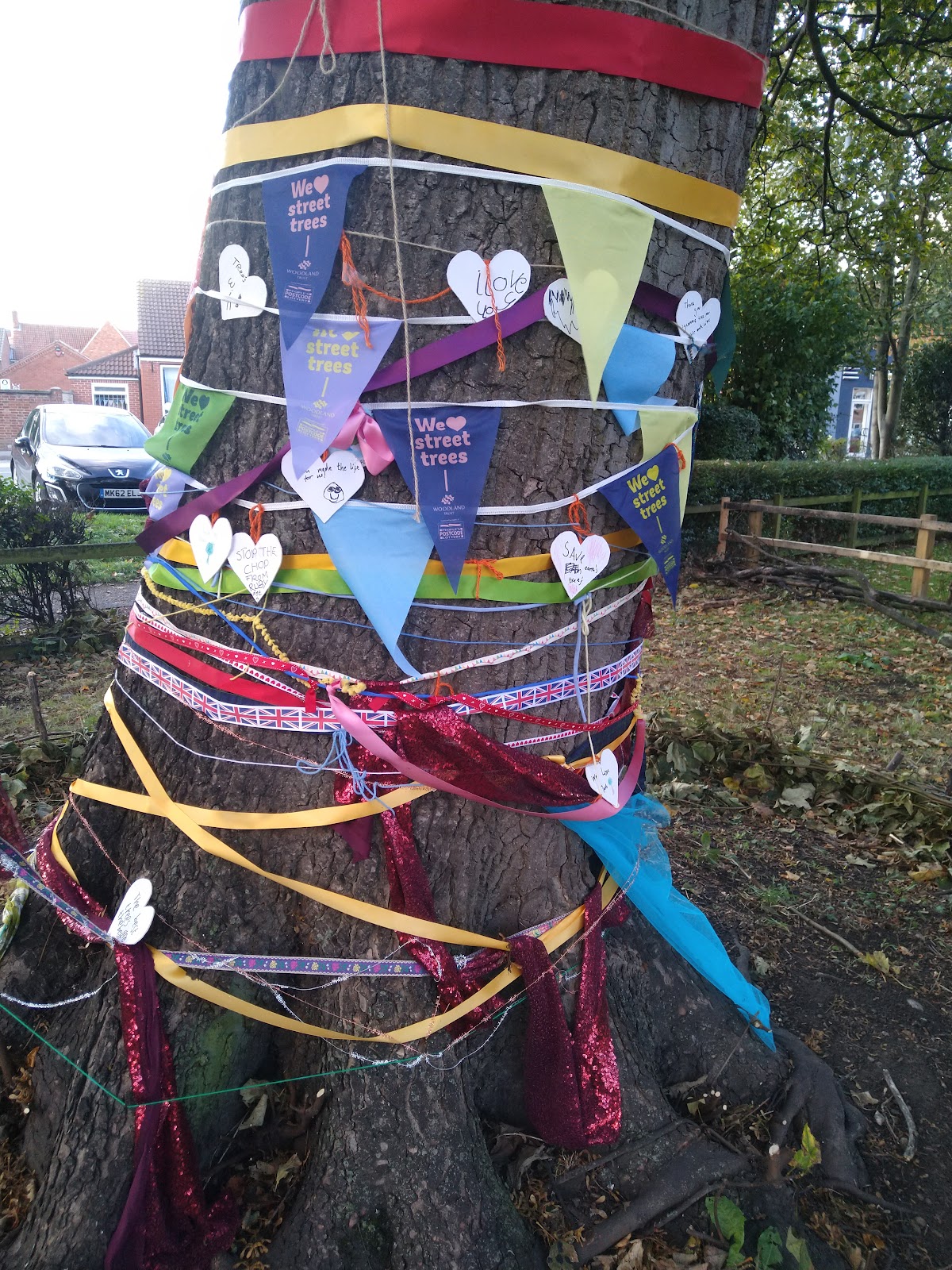 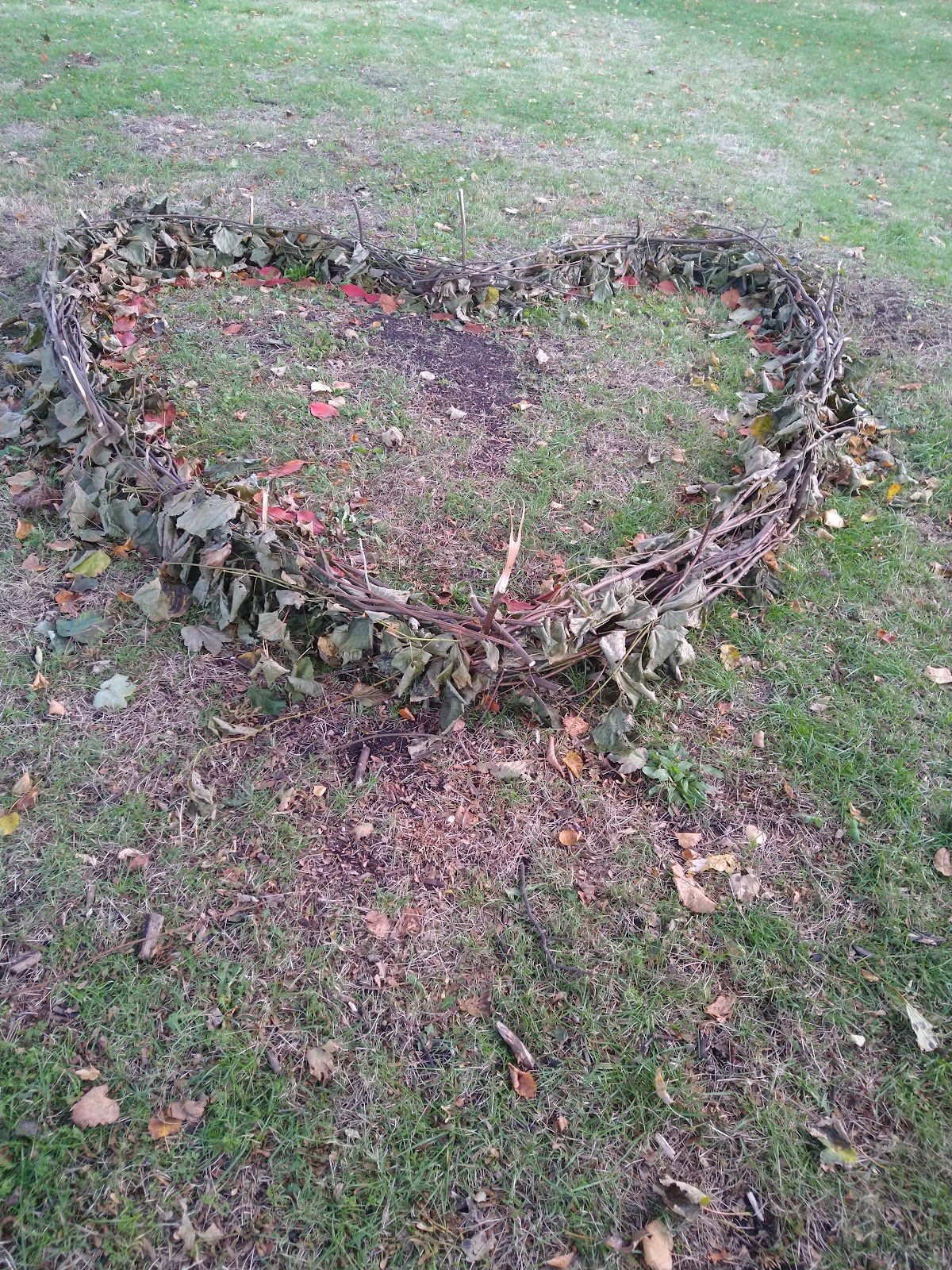 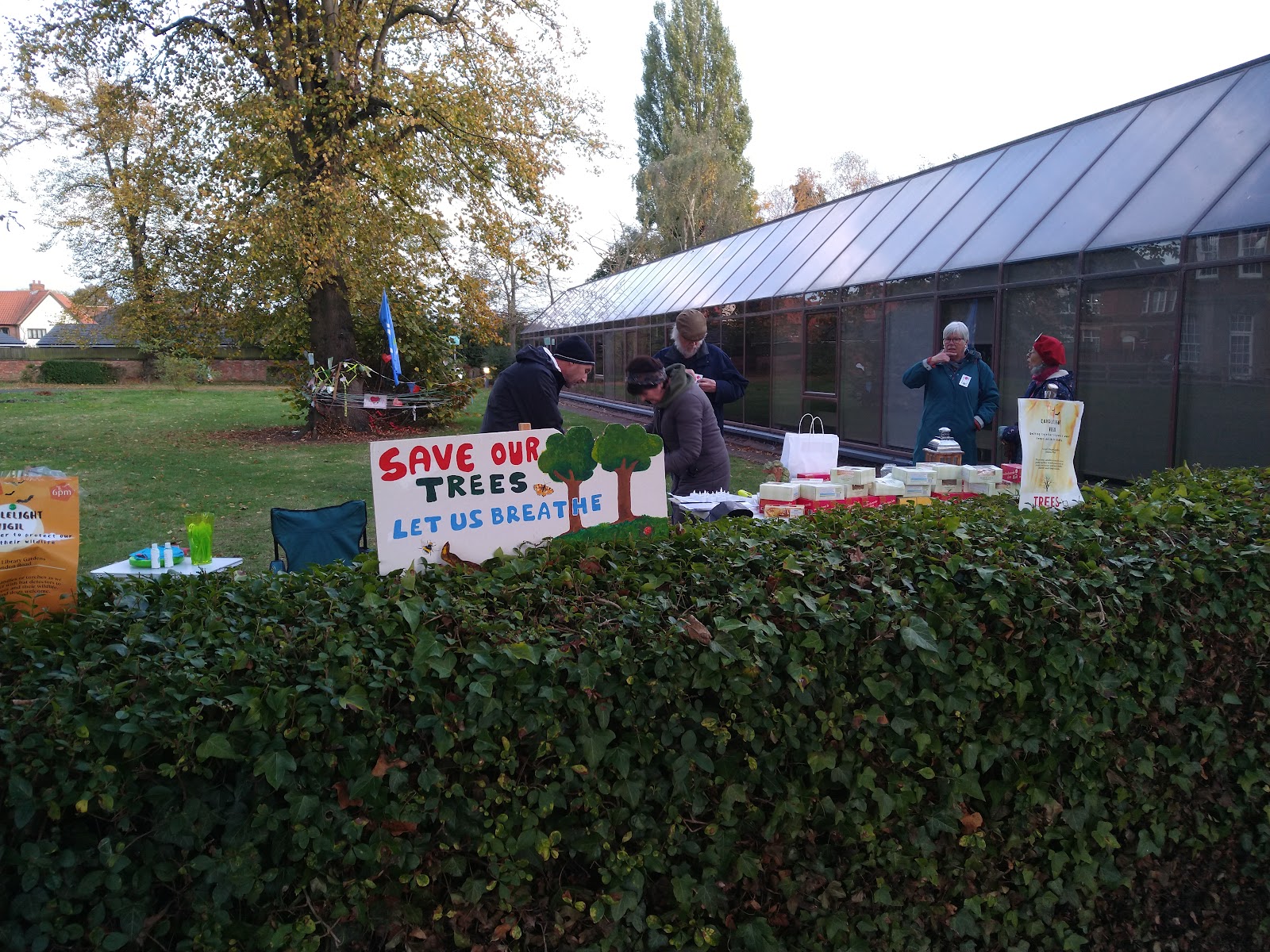 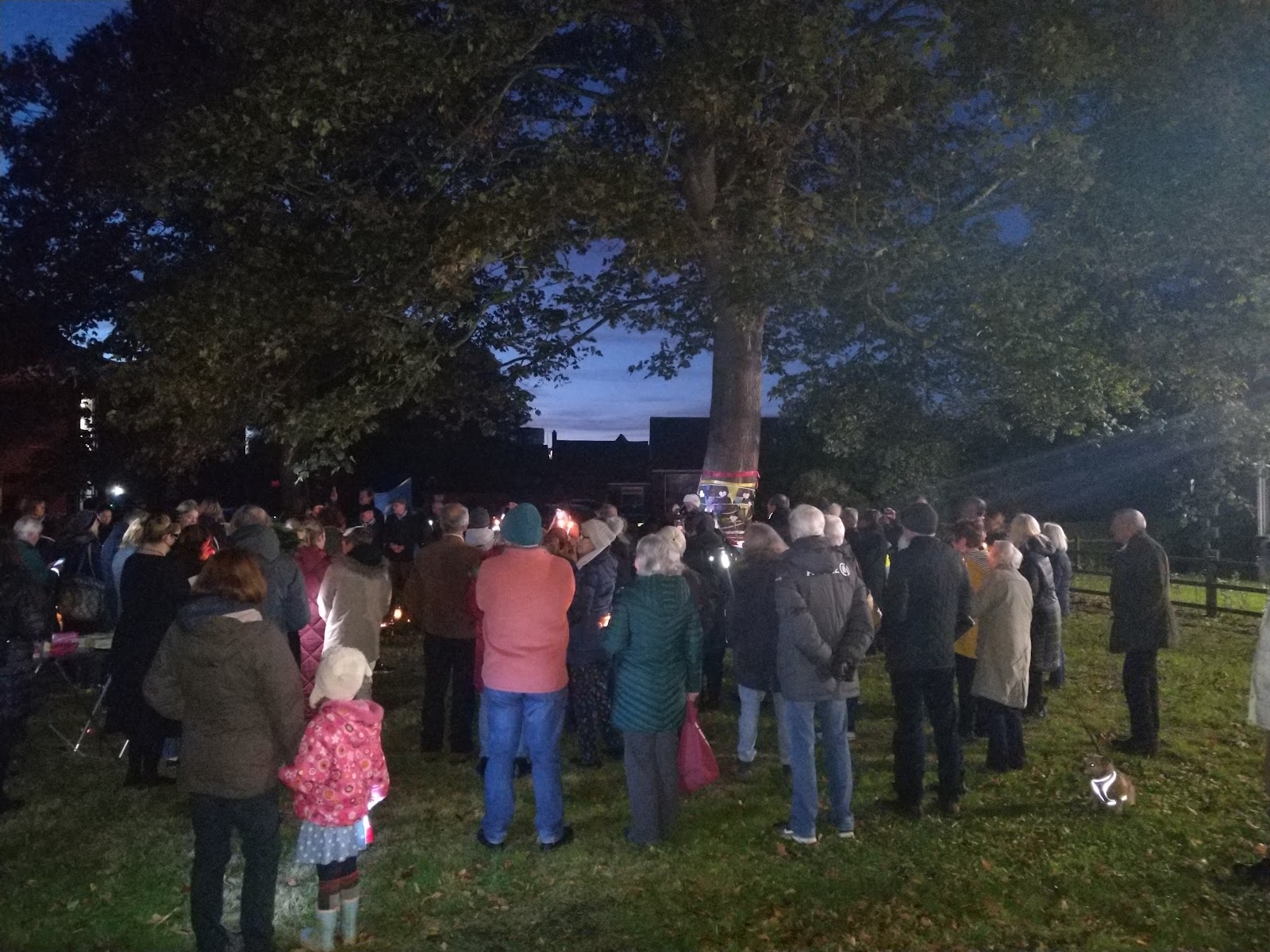 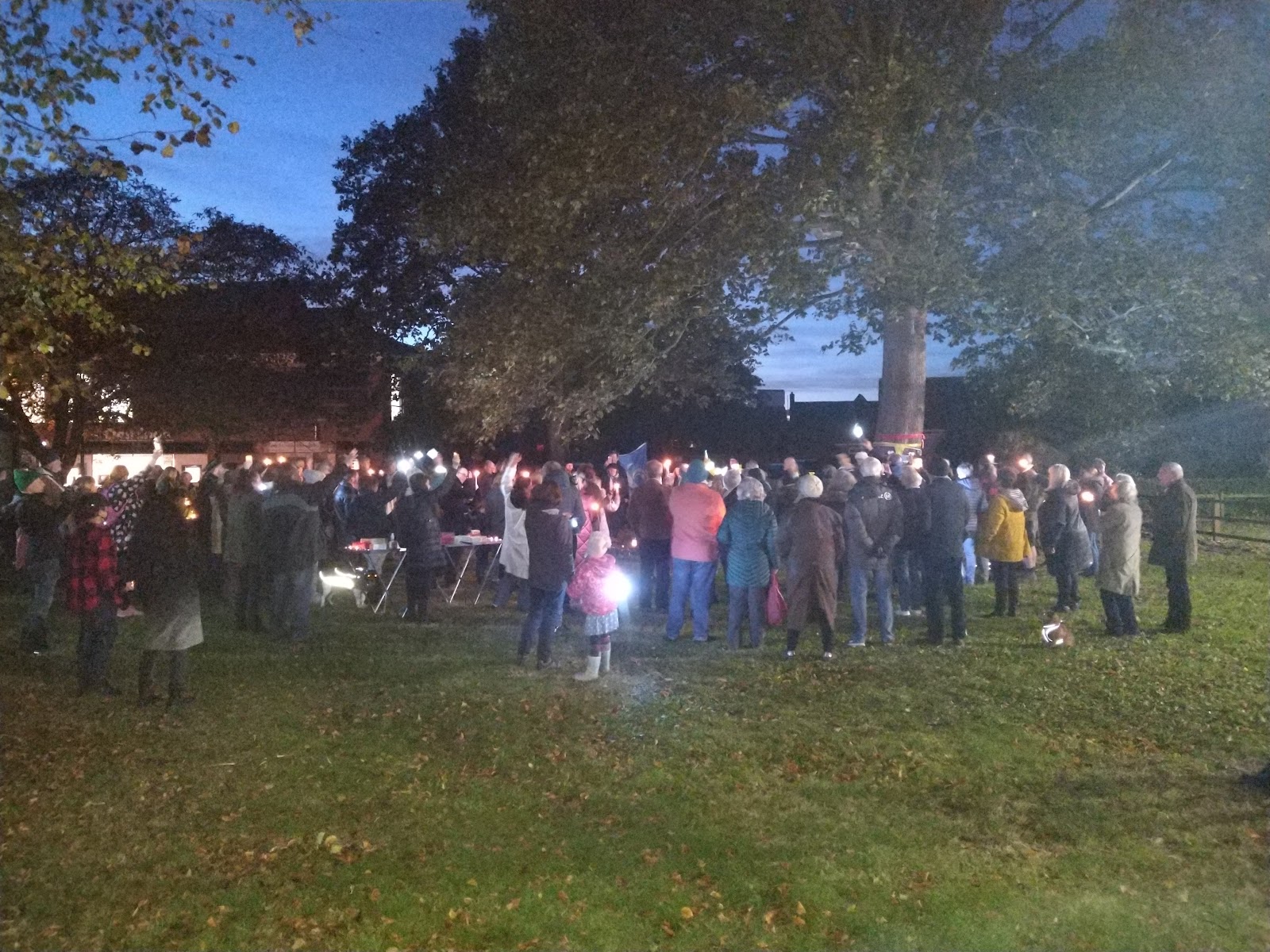 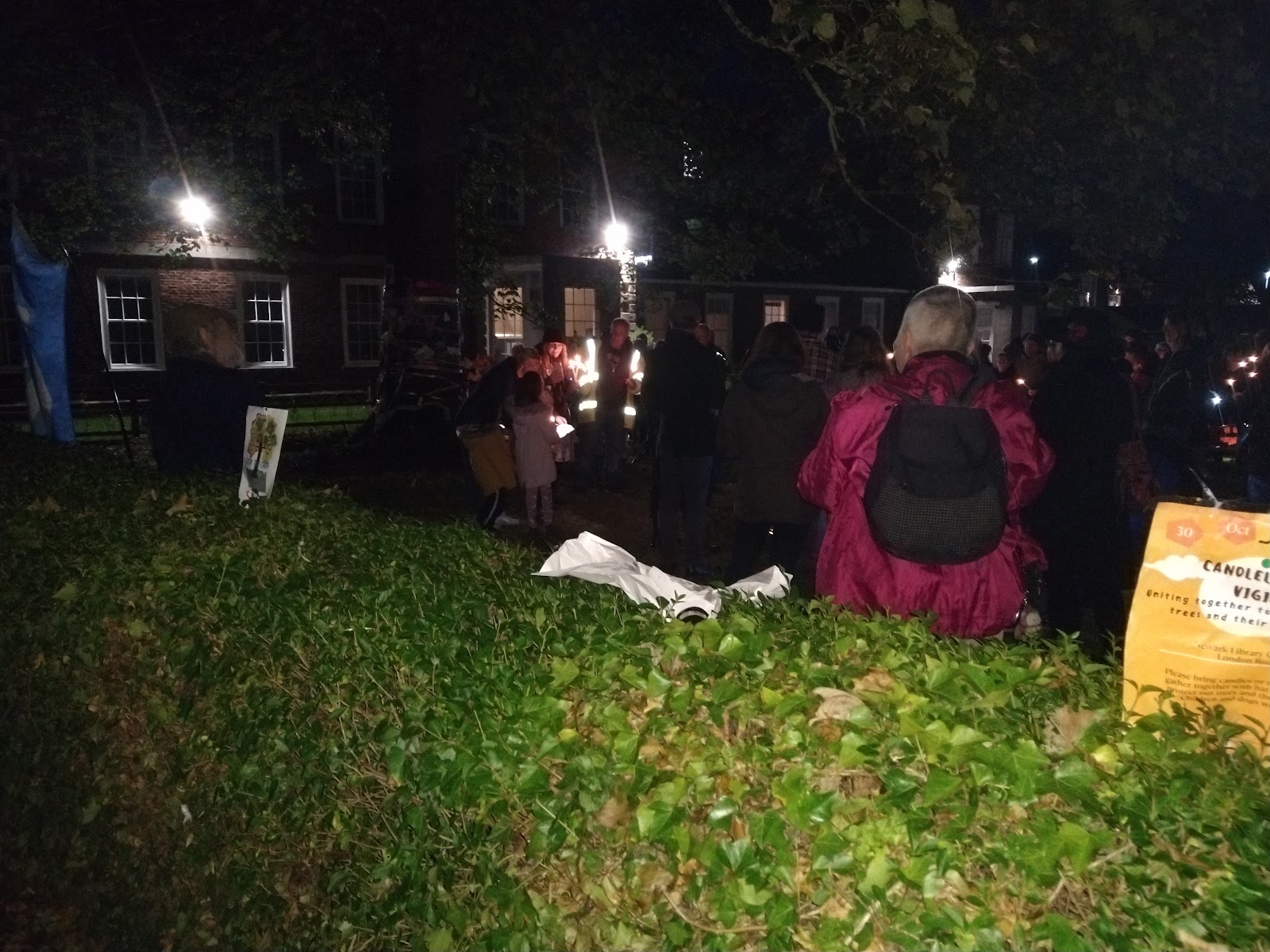 Still life on the Ivy Flowers

Deep into October, and there are still little pockets of flowers offering food to our pollinators.
I speak mainly of  course of ivy flowers, aside from a few lavender and verbena that are still hanging on, these are the most numerous source of pollen around at the moment.
All the bushes seem to come into flower at different times; while some have now gone over and all but transformed into berries, others have now come into bloom.
With the colder weather, honeybees and bumblebees are no longer active, but there are still flies and wasps about, and of course ivy mining bees too, who will keep going into November providing it doesn't get too cold.
It seems strange to me that until a few weeks ago I'd never seen one in my life, and now I'm coming across lots of them when I'm out and about.
They are certainly a beautiful species, up there with female tawny mining bees in my view, with the orange-yellow stripes on the abdomen being a colour that seems so vivid without there seemingly being any reason for it being out of the ordinary.
Goes to show, always keep an eye on the ivy!
Si
All text and images copyright CreamCrackeredNature 23.10.21 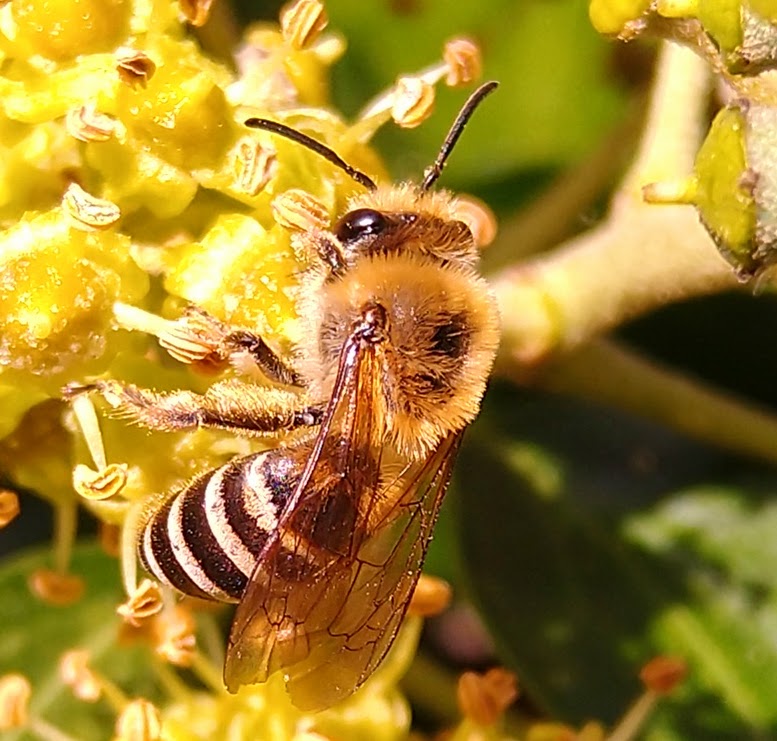 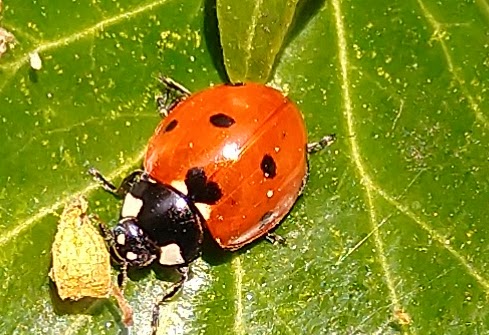 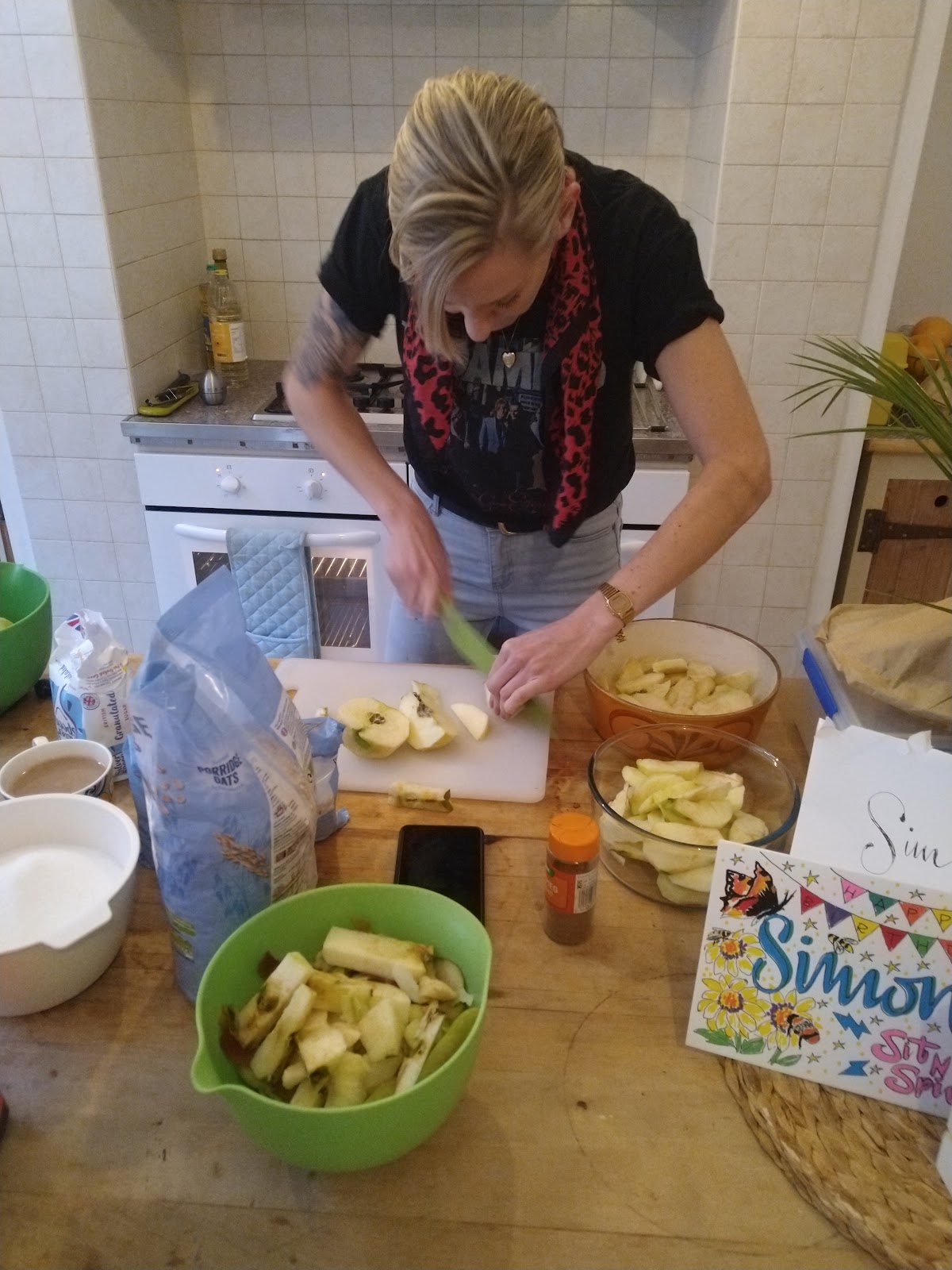 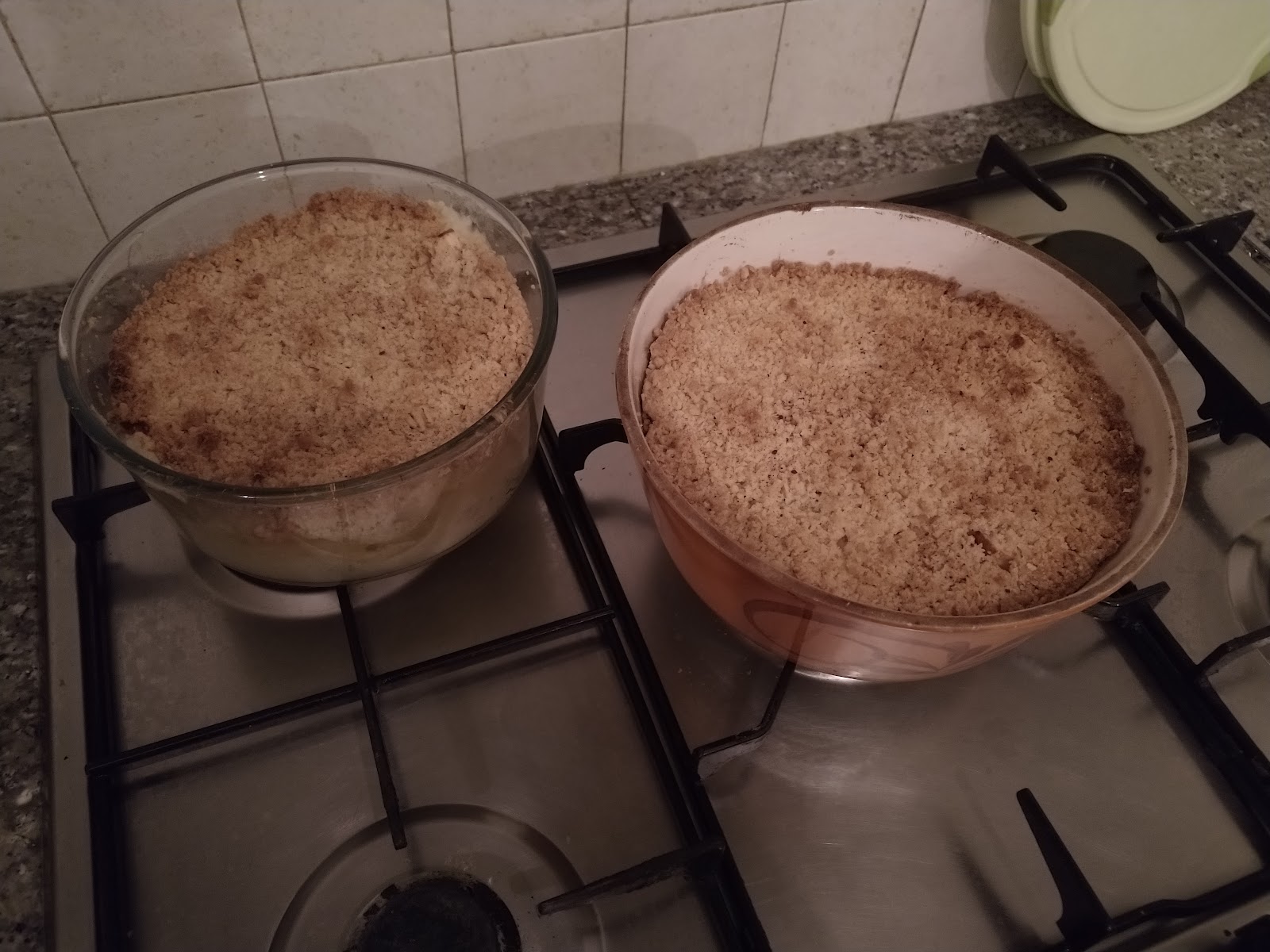 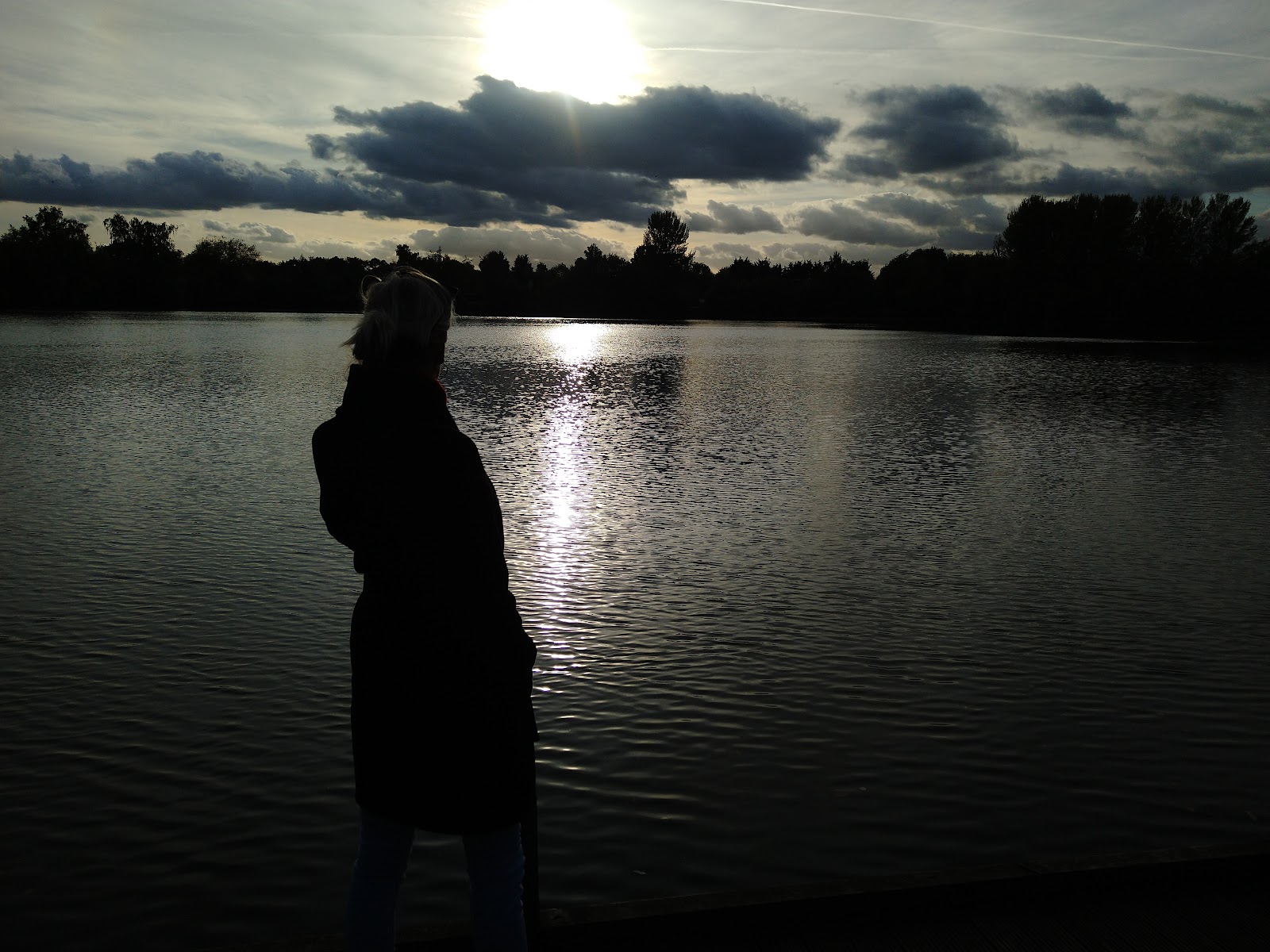 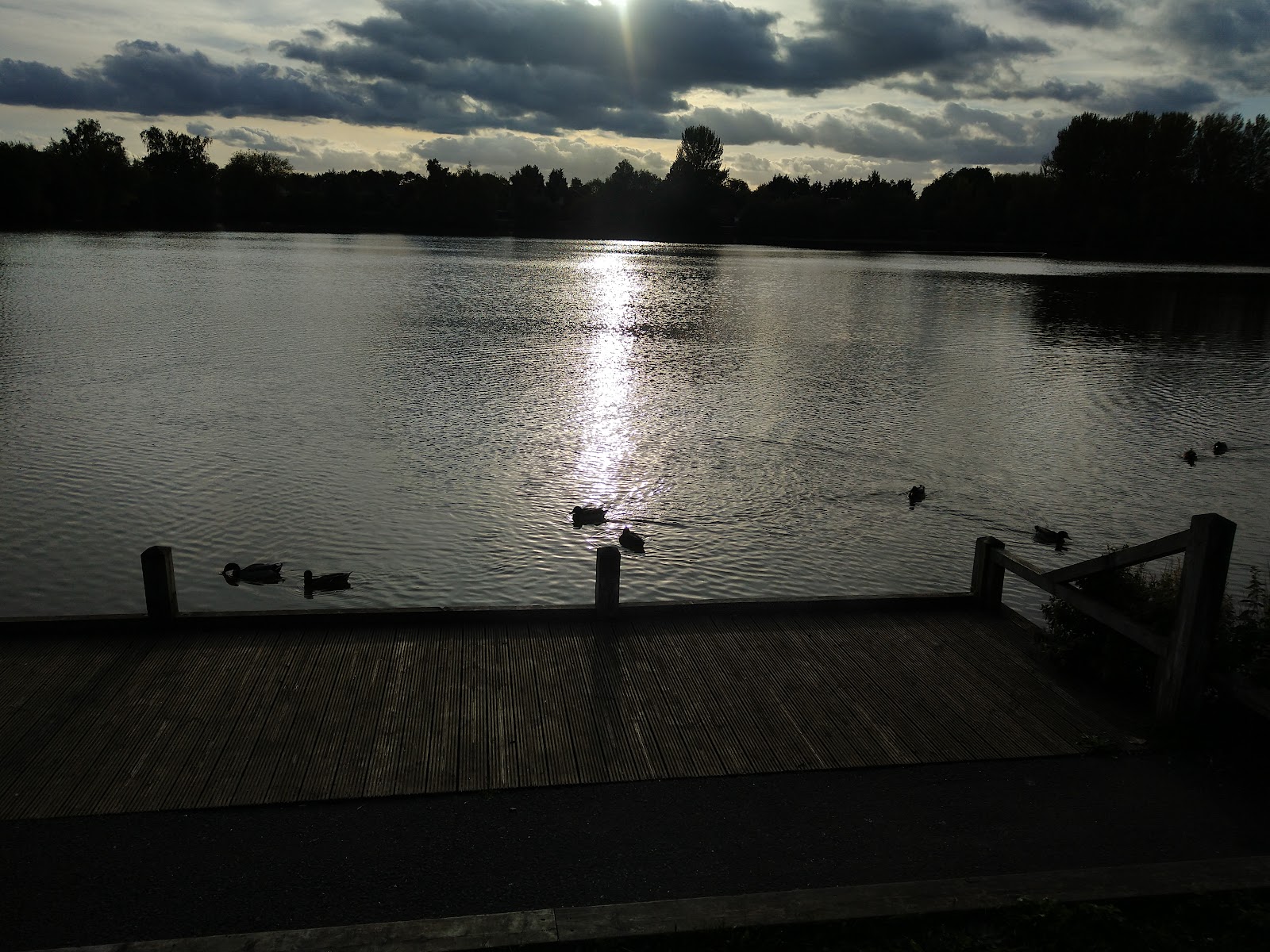 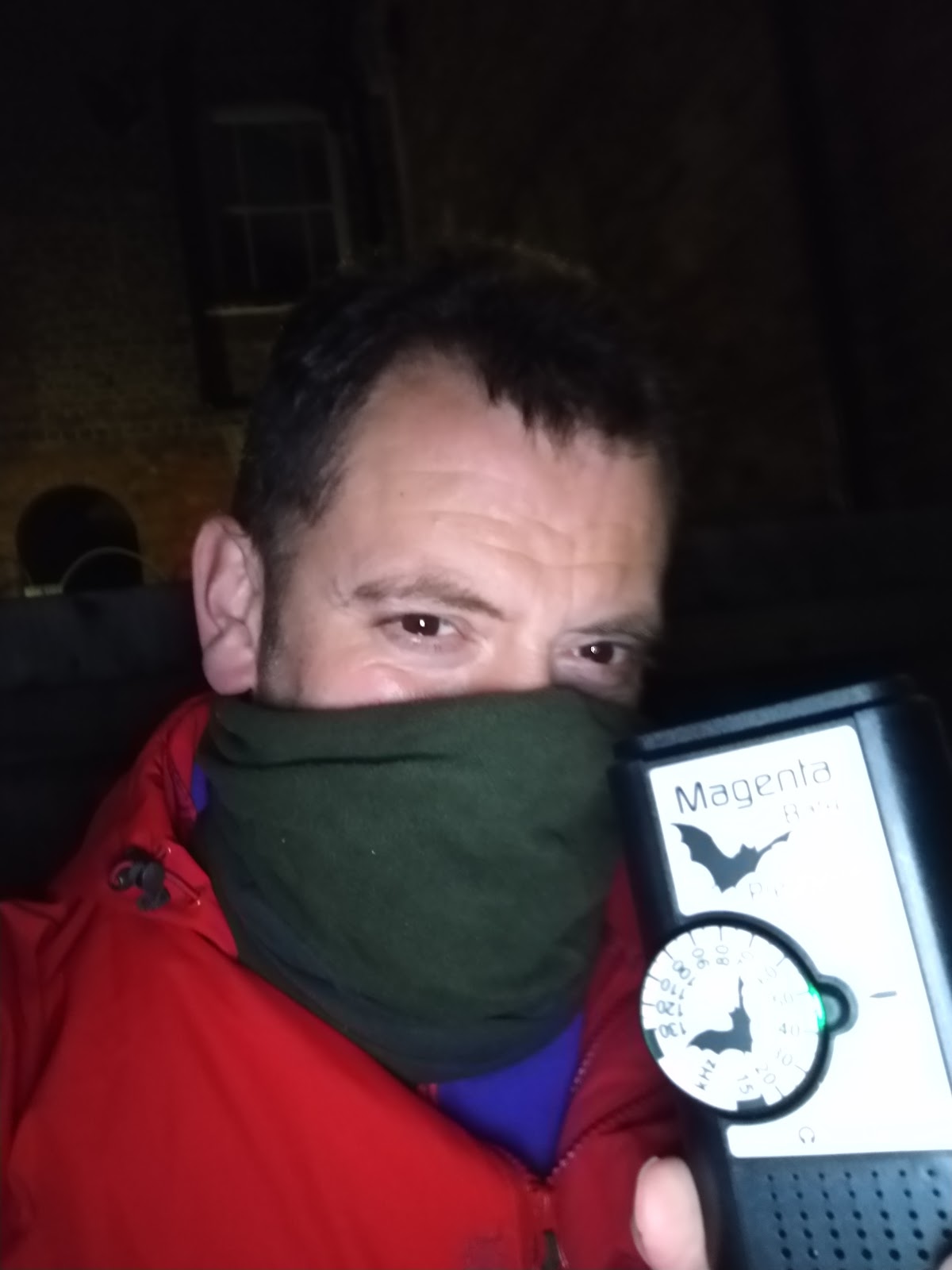 On one of those fine September days he had, he says digging through his archives, the town had a fantastic festival of Dragon Boat Racing lasting most of the day on the Trent in front of the castle.

36 teams entered, including a team from our workplace who represented us so brilliantly on the day, and it is probably the most populated event I have attended in nearly two years.

Luckily it was warm and outside, so risk was low, and I felt pretty comfortable photographing and filming the event, while talking to the various charities who were present - who benefitted to the tune of £46,000 - and our crew.

It was an event the town can rightly be proud of.

All text and images copyright CreamCrackeredNature 05.10.21 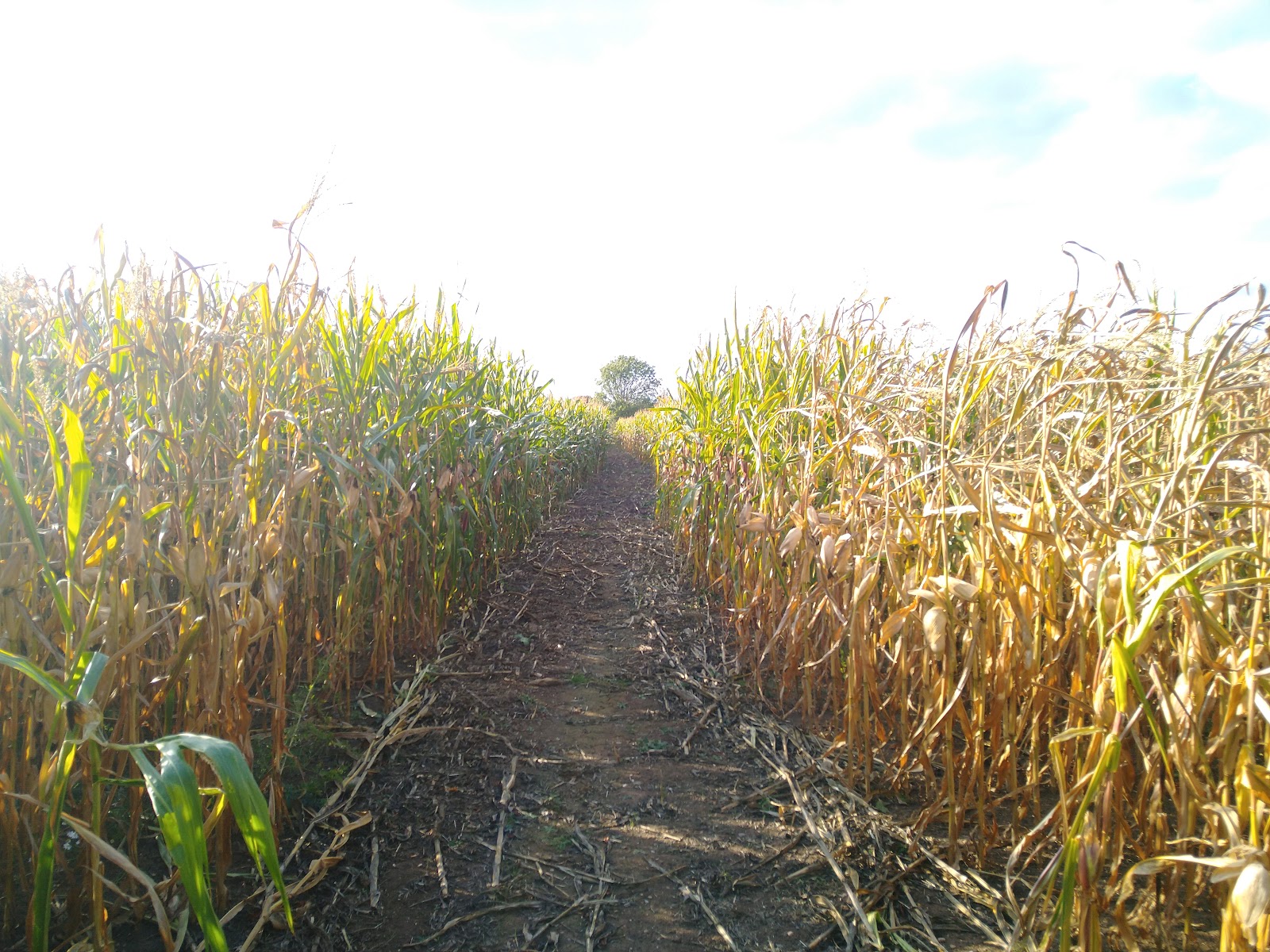 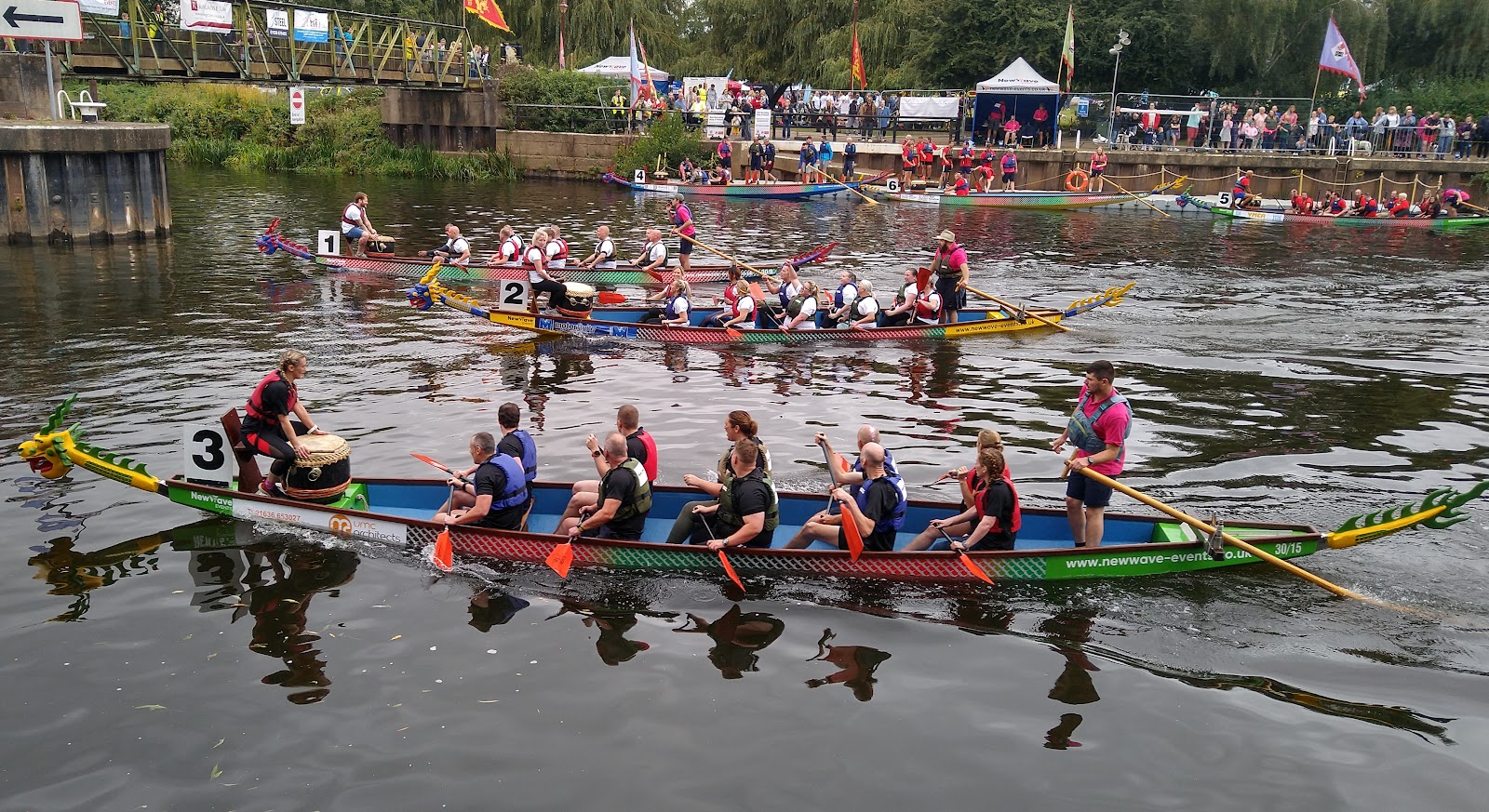 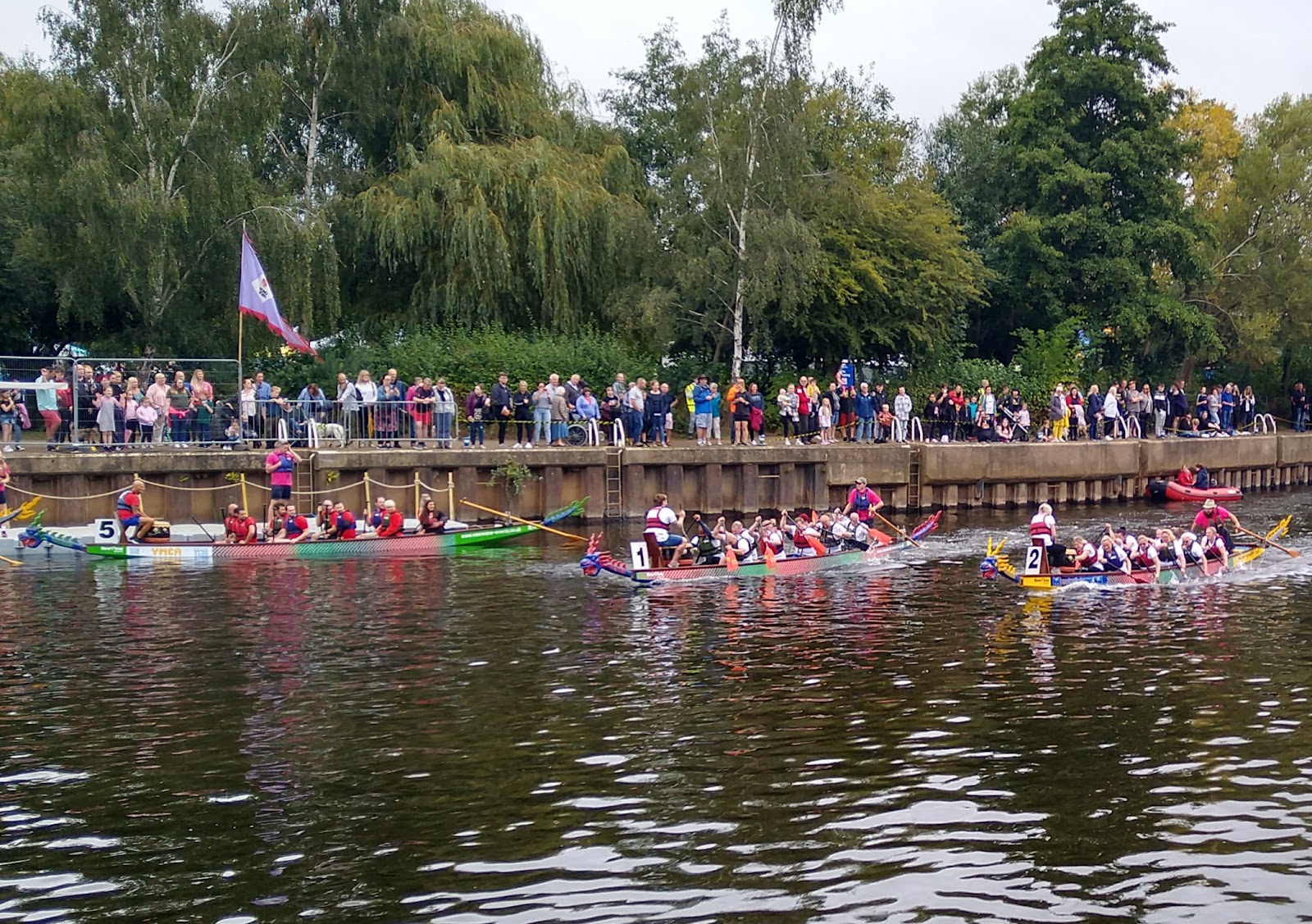 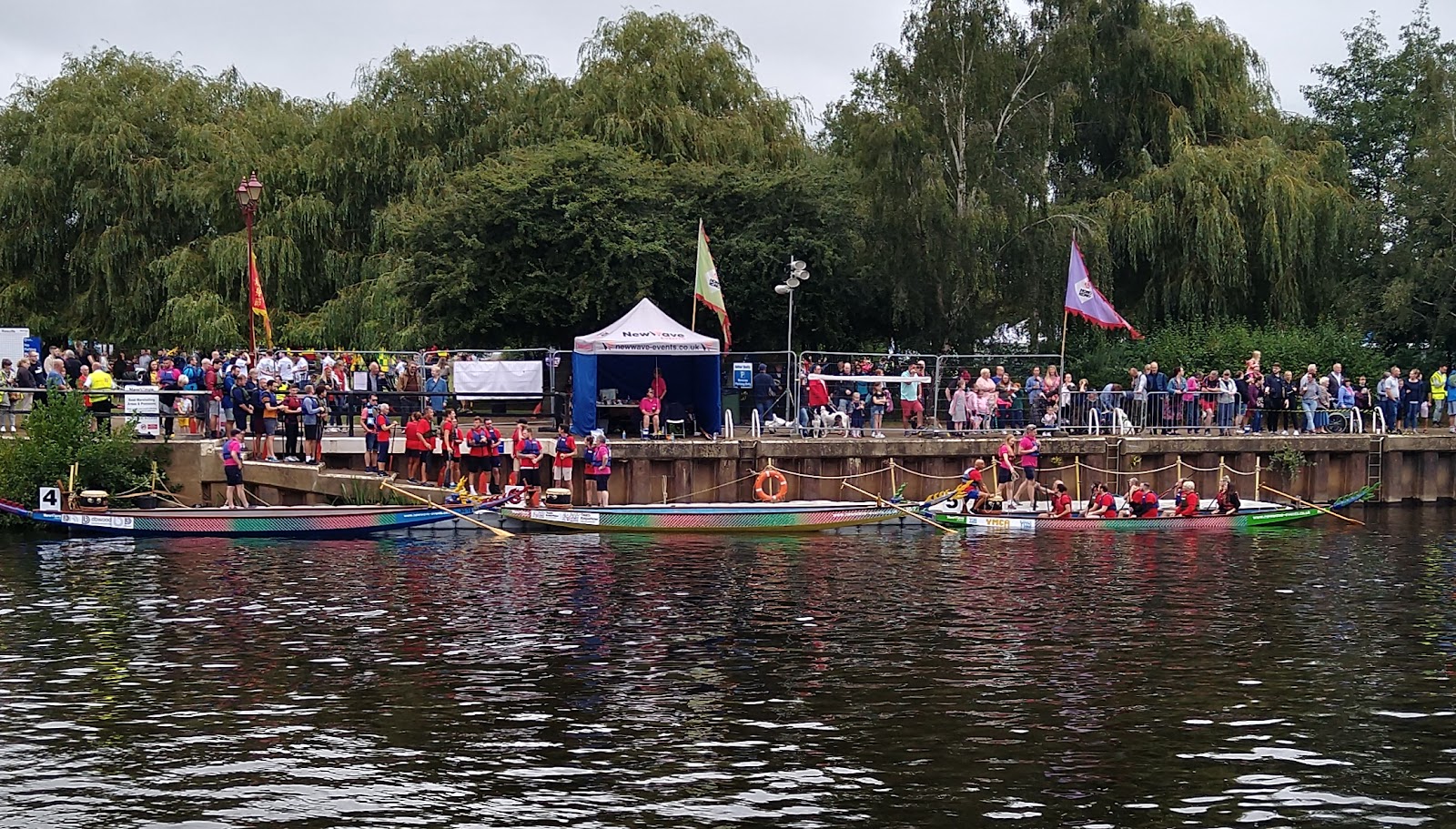 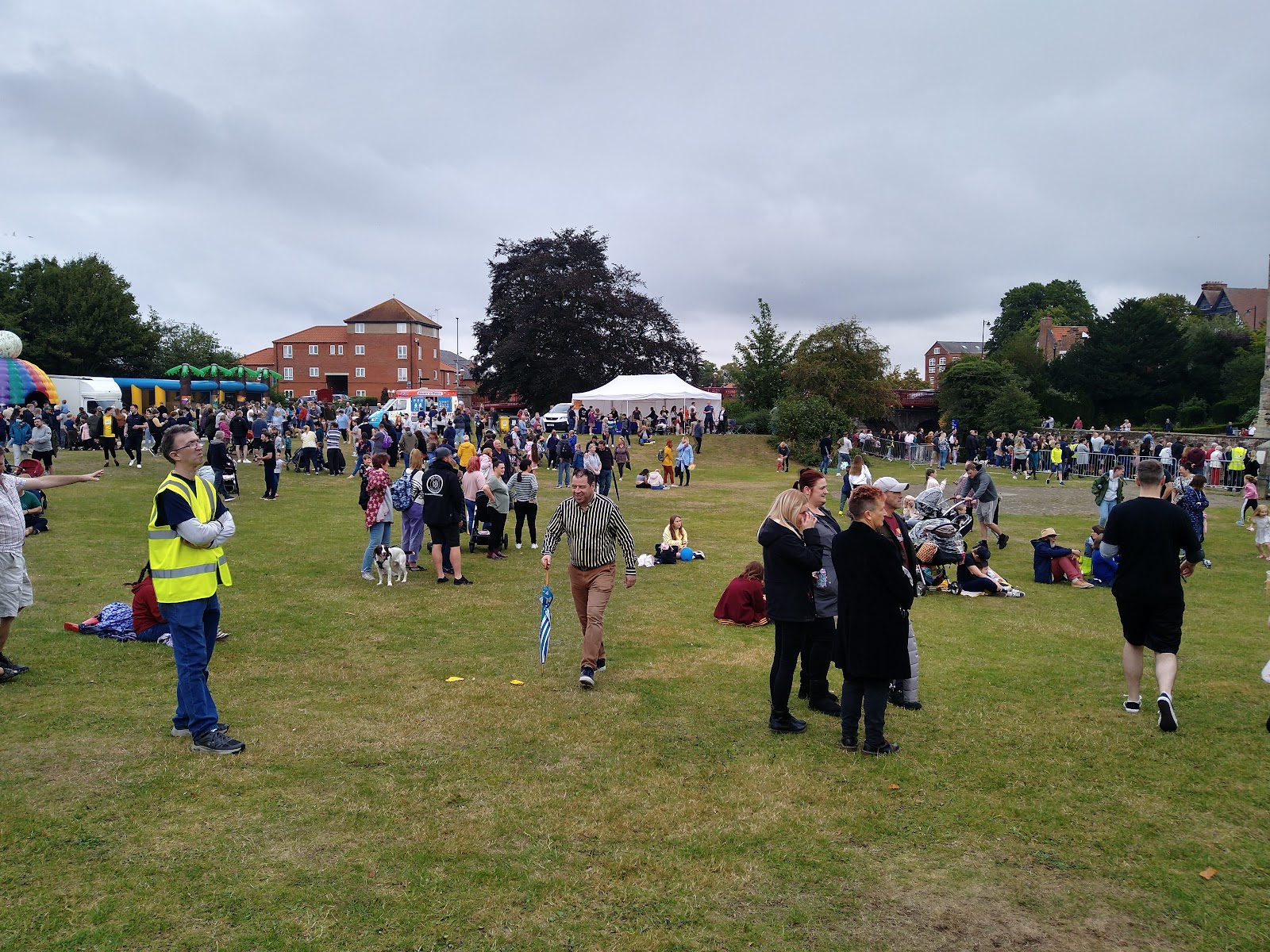 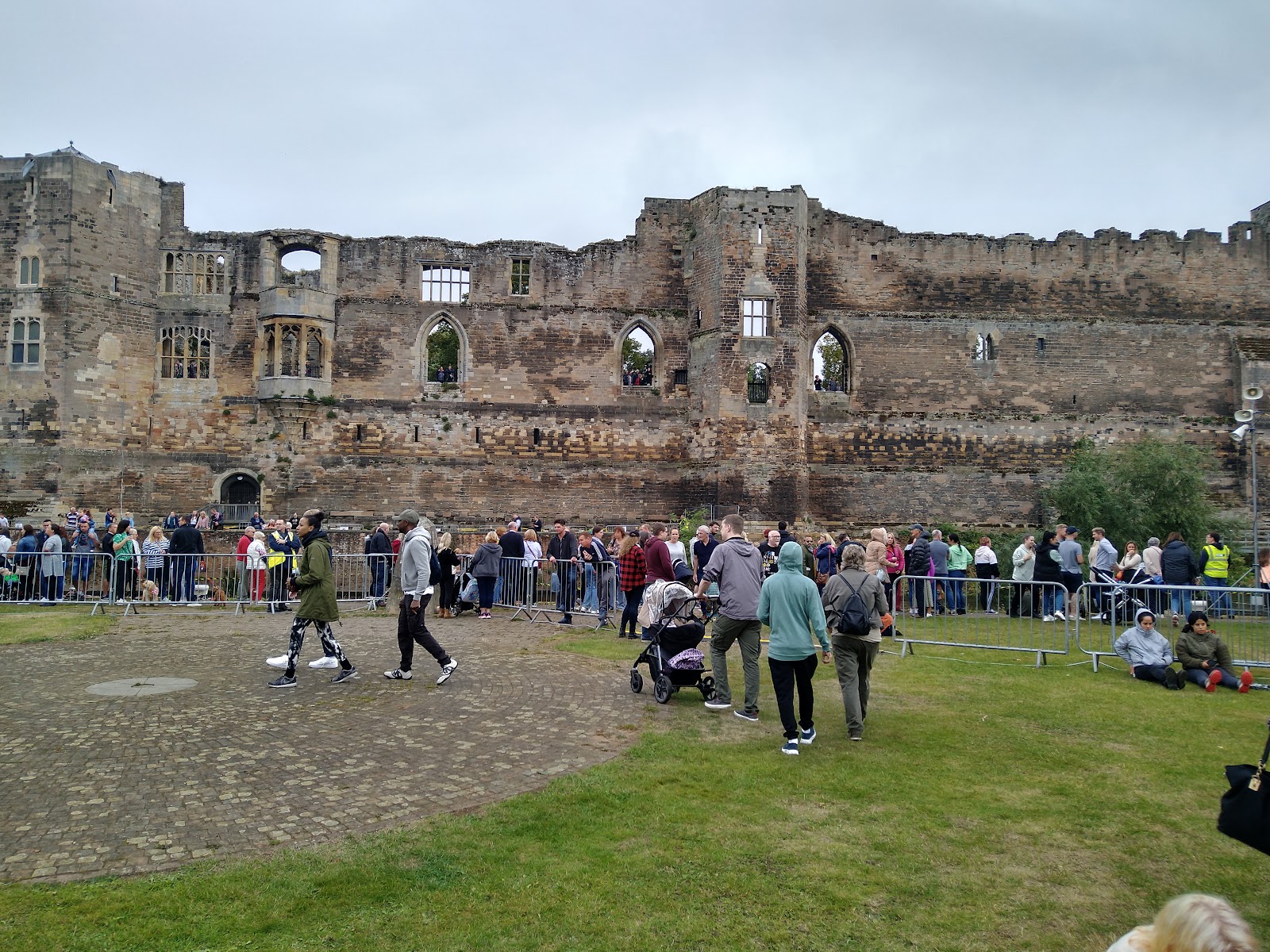 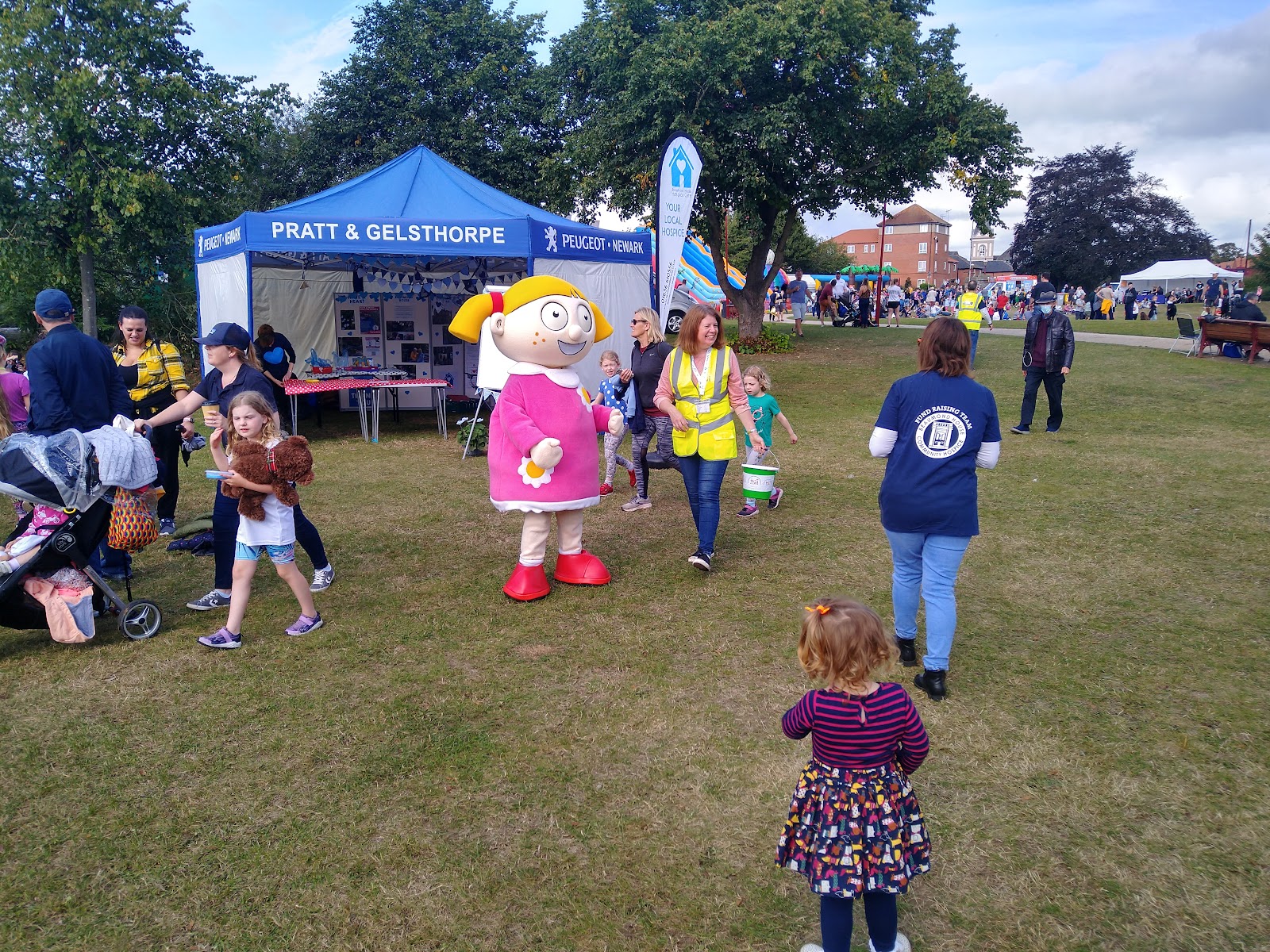 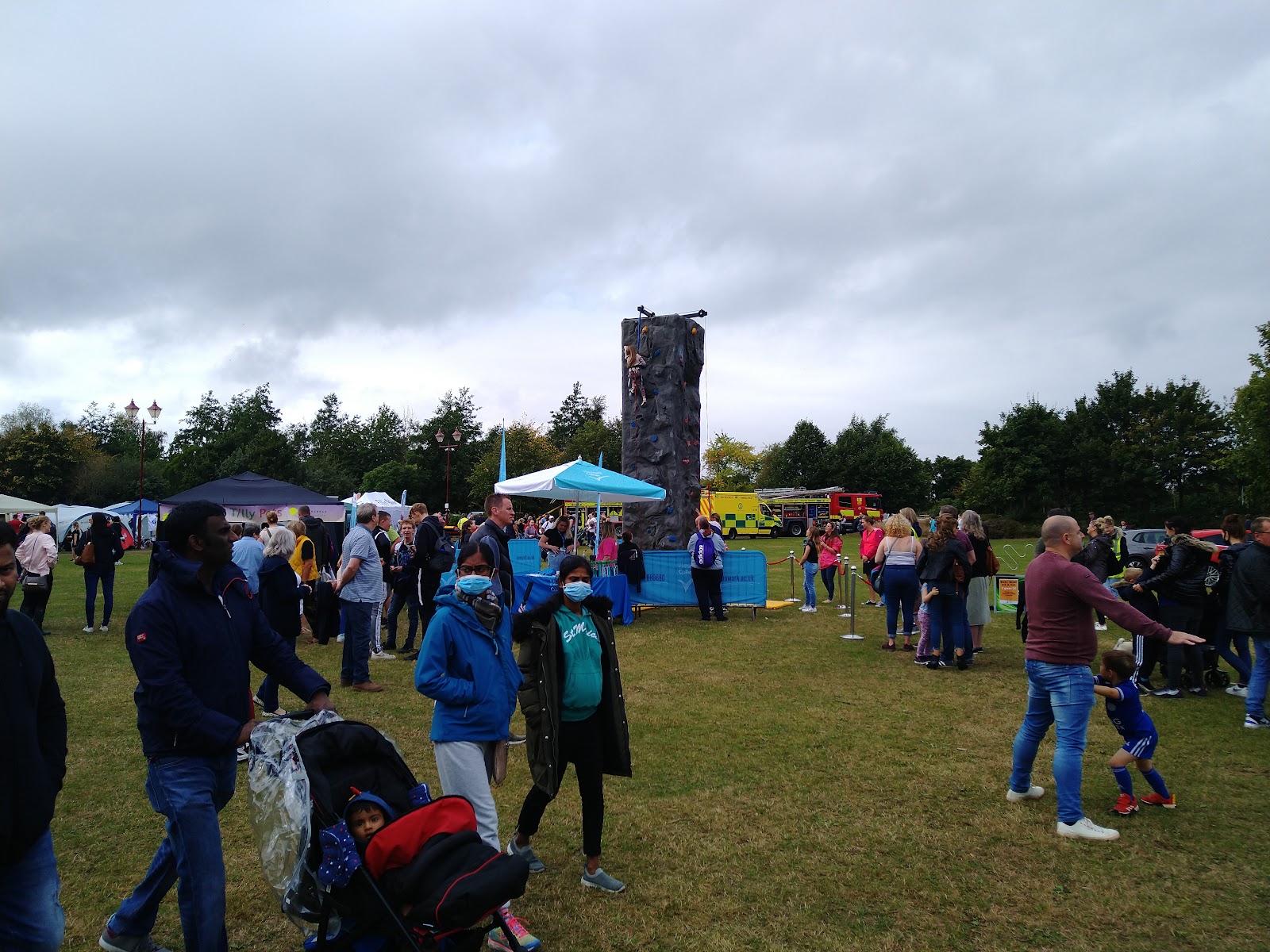