We've had a glorious week of spring weather, curses to the fact that I've been stuck in work for all of it apart from today.

I can get outside at work during a short break here and there, and it is so important for me to do this from both a physical and mental point of view. I also need to see the outside, for which I'm grateful I sit next to a window at work and can watch the campus hovering, the buzzards soaring on the first thermals of the season, and the occasional passing heron or little egret following the path of the drainage ditch where occasionally the settle to hunt.

Smoke trails from the Red Arrows practising in the distance is also an occasional but welcome distraction.

So, with this good weather there's been a lot more signs of life on the wing. Brimstone and small tortoiseshells, honey bees, three species of bumble bee, the sight of blue tits gathering nesting material, and the sound of chiff chaffs singing.

I hope you have all been able to enjoy the weather too.

All text and images copyright CreamCrackeredNature 26.03.22 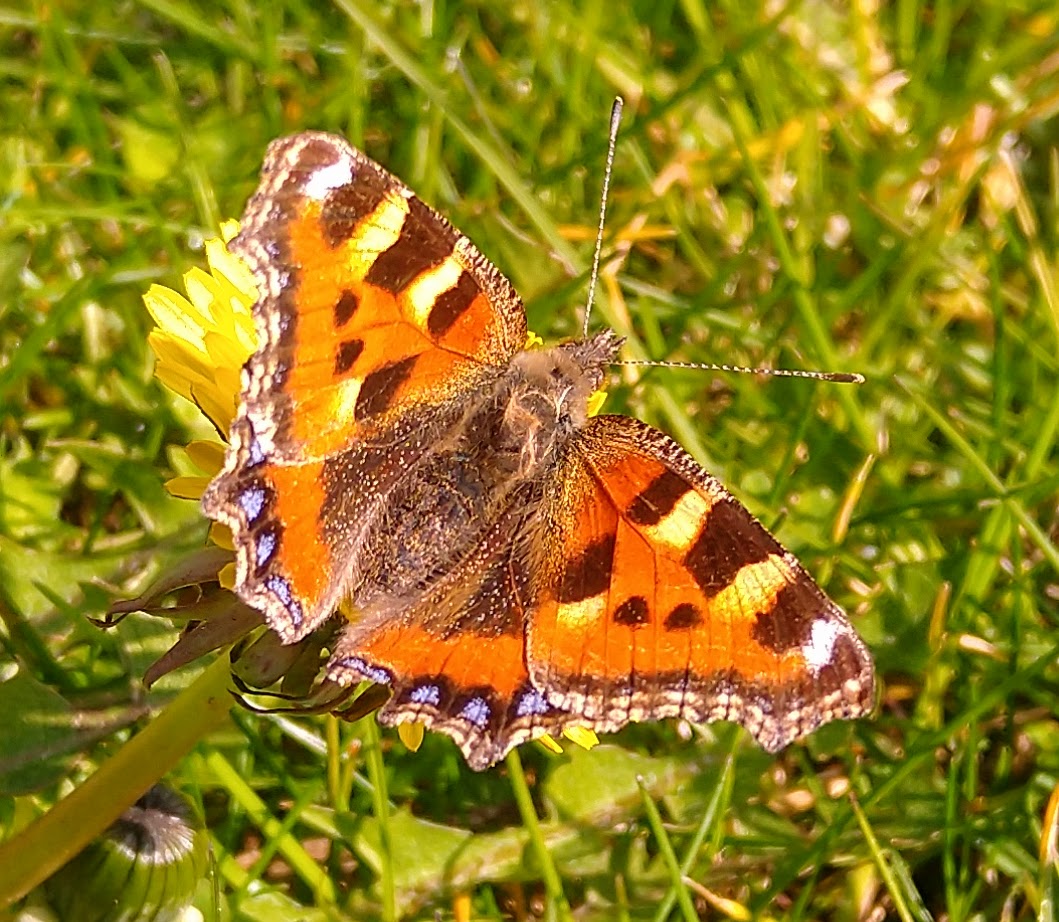 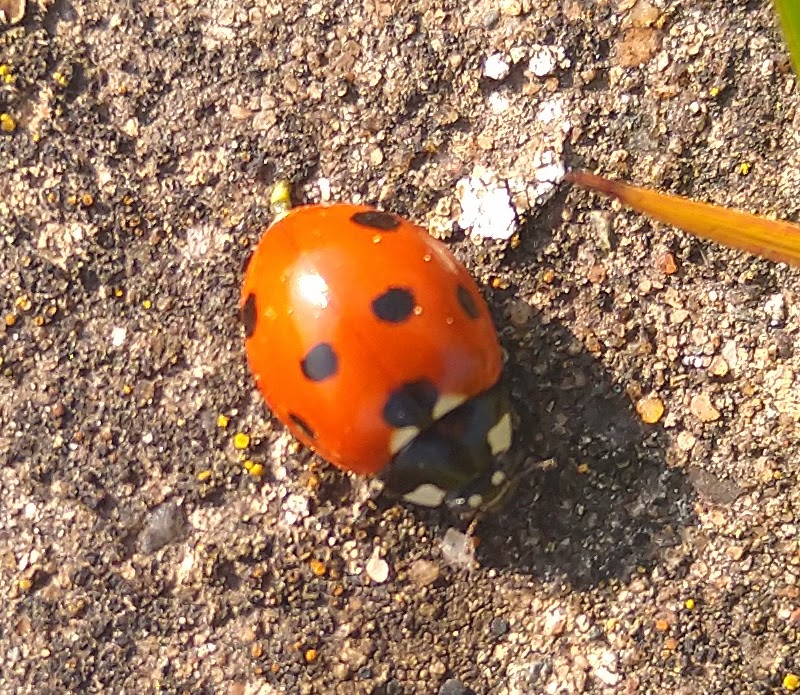 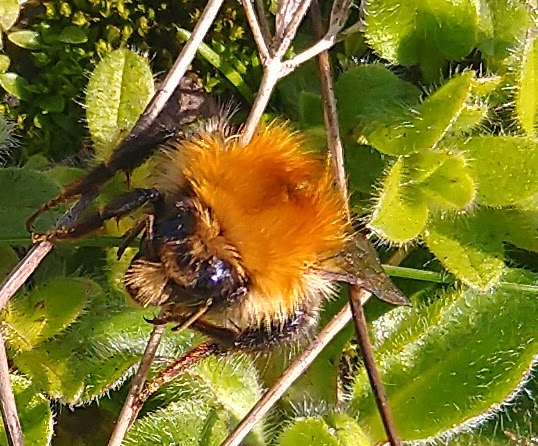 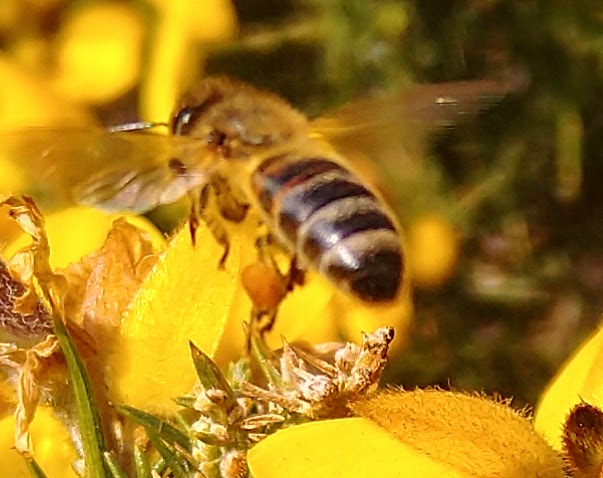 Time to update you with some crocus news!

Well, my little crocuses have been growing away in their planters and pots, and got to the stage when their blooms were in place, but not opened up.

Or so I thought.

It took me having time off work to deal with a big electrical safety test at my flat to realise that on a sunny day, they were very much opening up! And looked absolutely wonderful to boot.

There's two sad things about this though. The first is that I've not noticed any pollinators on them. That doesn't mean they haven't been dropping in, but that I haven't seen them. My sister thinks I need to have them higher up on the wall, but we will see.

The other sad thing is, is that they are already going over their best after only two weeks. Spring is so ephemeral, the glorious crocus carpets in the cemetery have totally disappeared just a week after the ground was like a huge purple and white flag.

In other news, it took a very long time, but my bird feeders have finally been noticed. The local sparrows keep dropping in on the seed feeder, flapping off whenever I open my door. But I have caught them on it a couple of times!

All text and images copyright CreamCrackeredNature 21.03.22 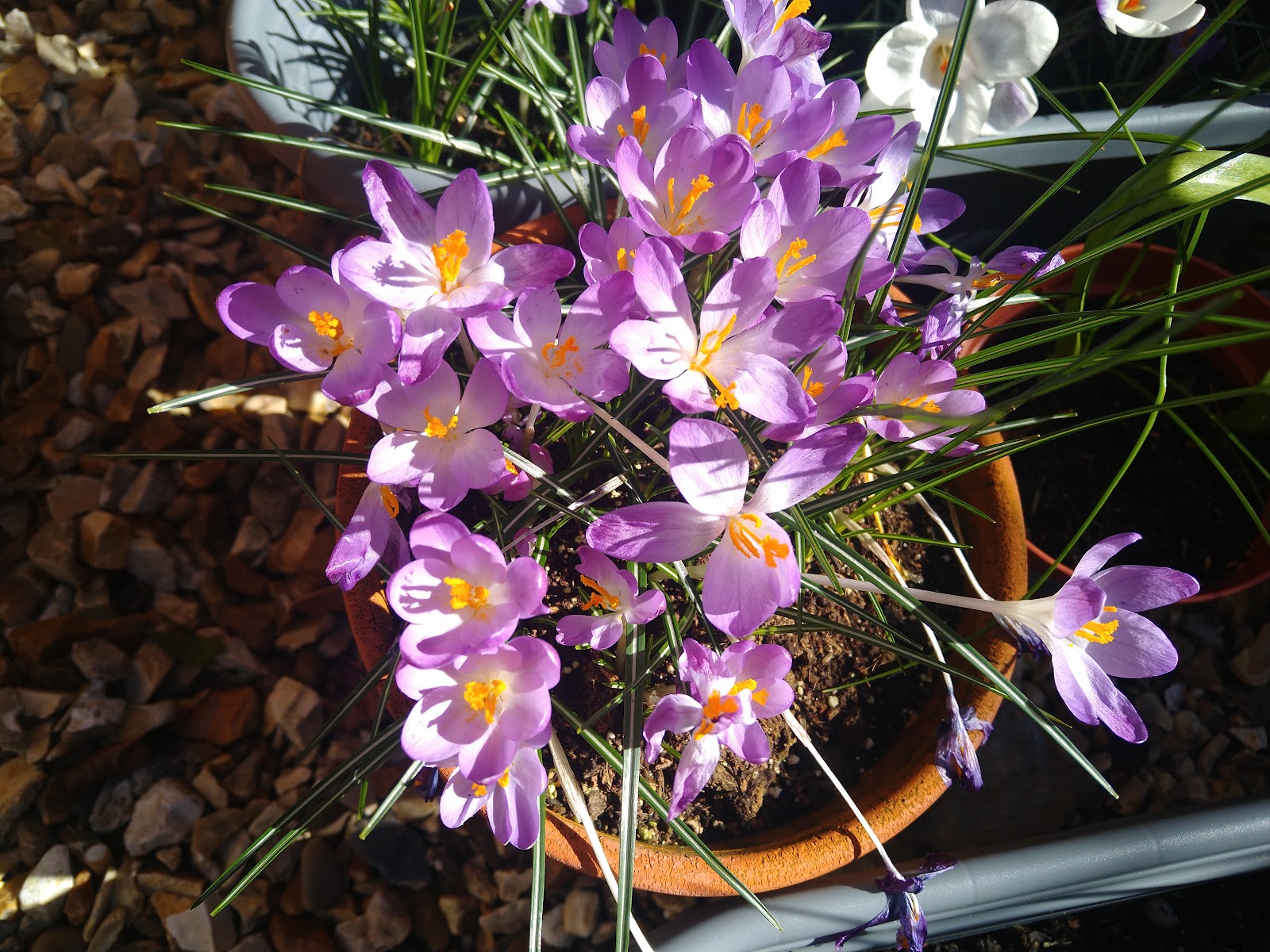 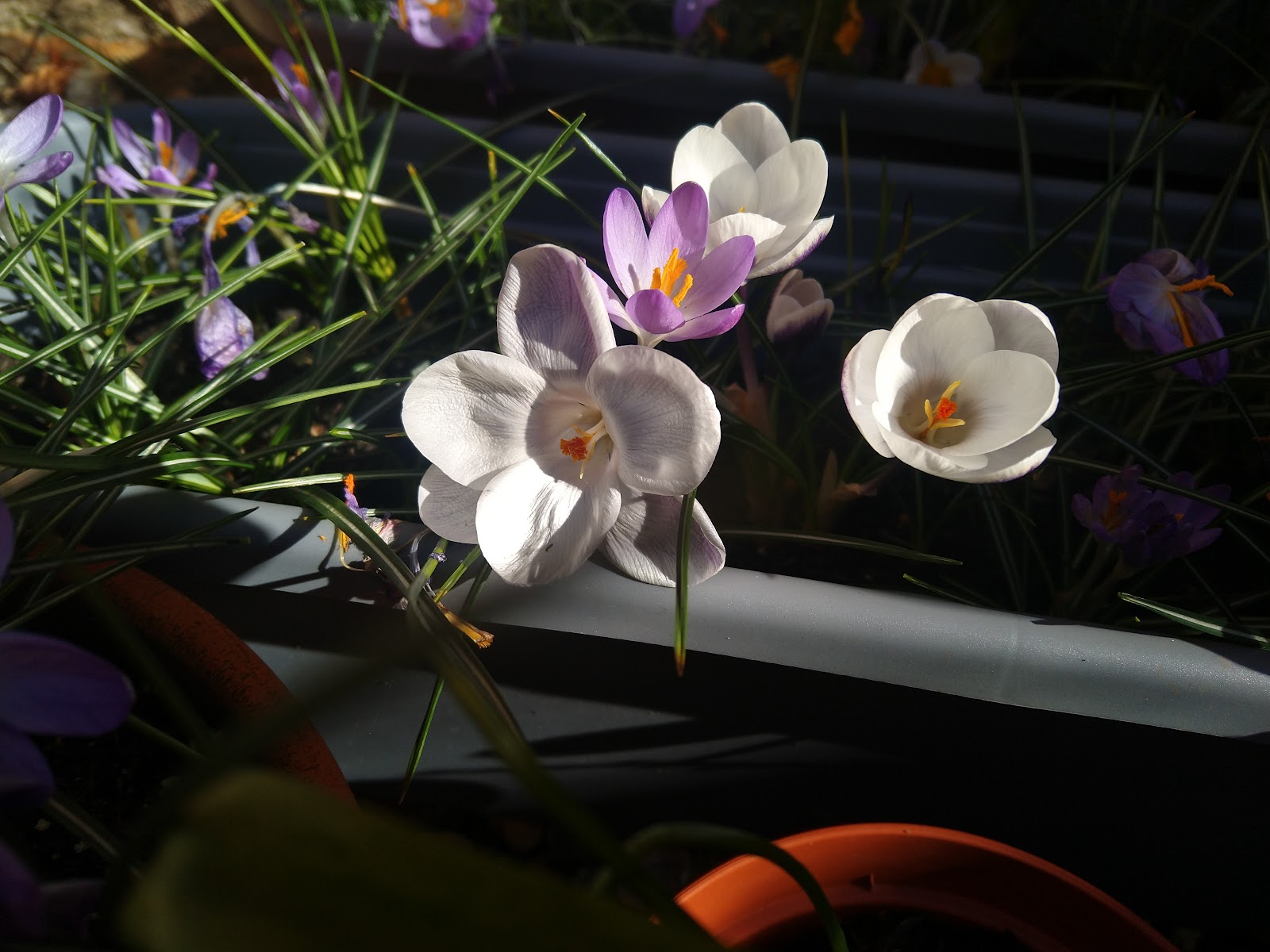 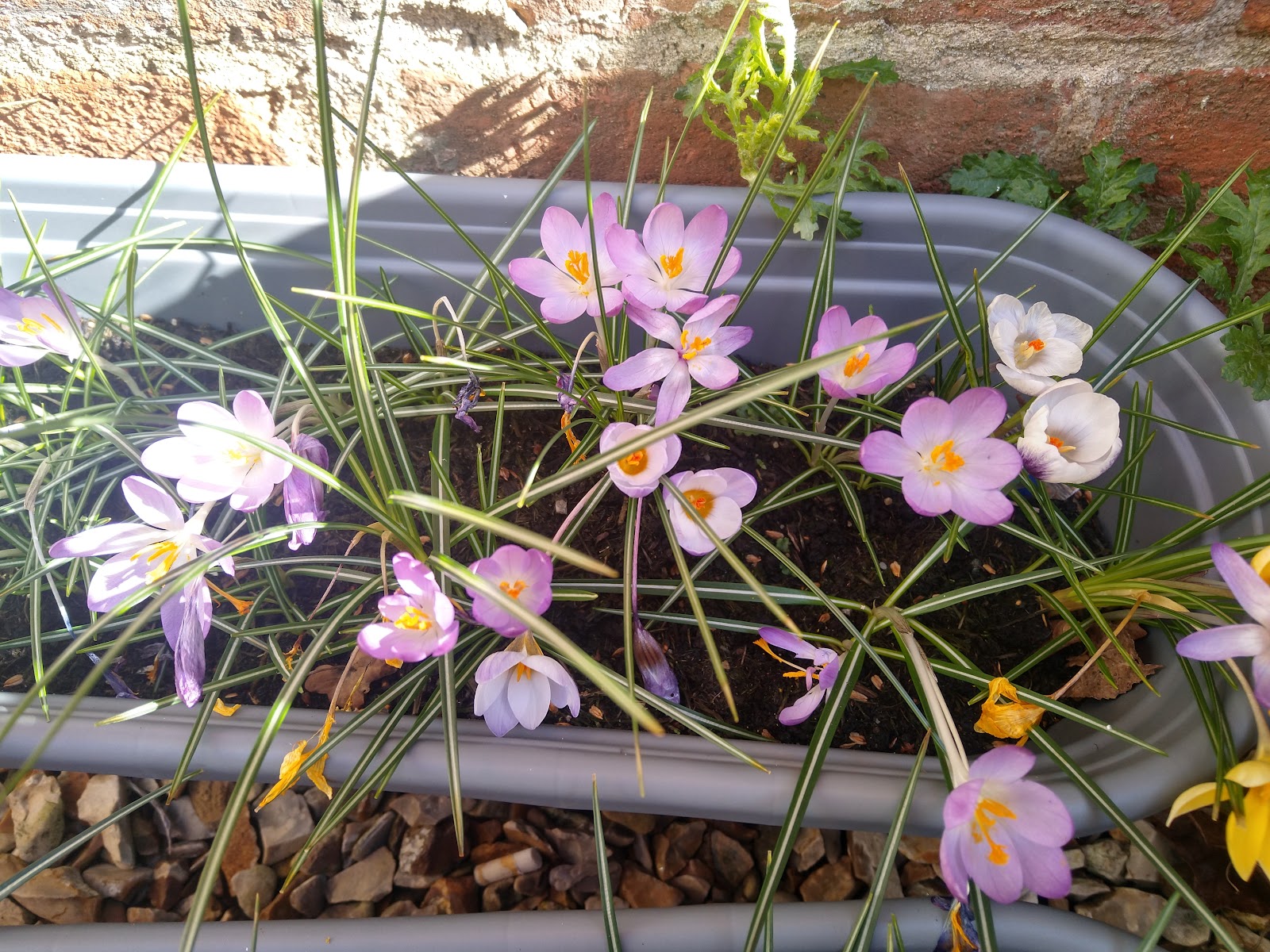 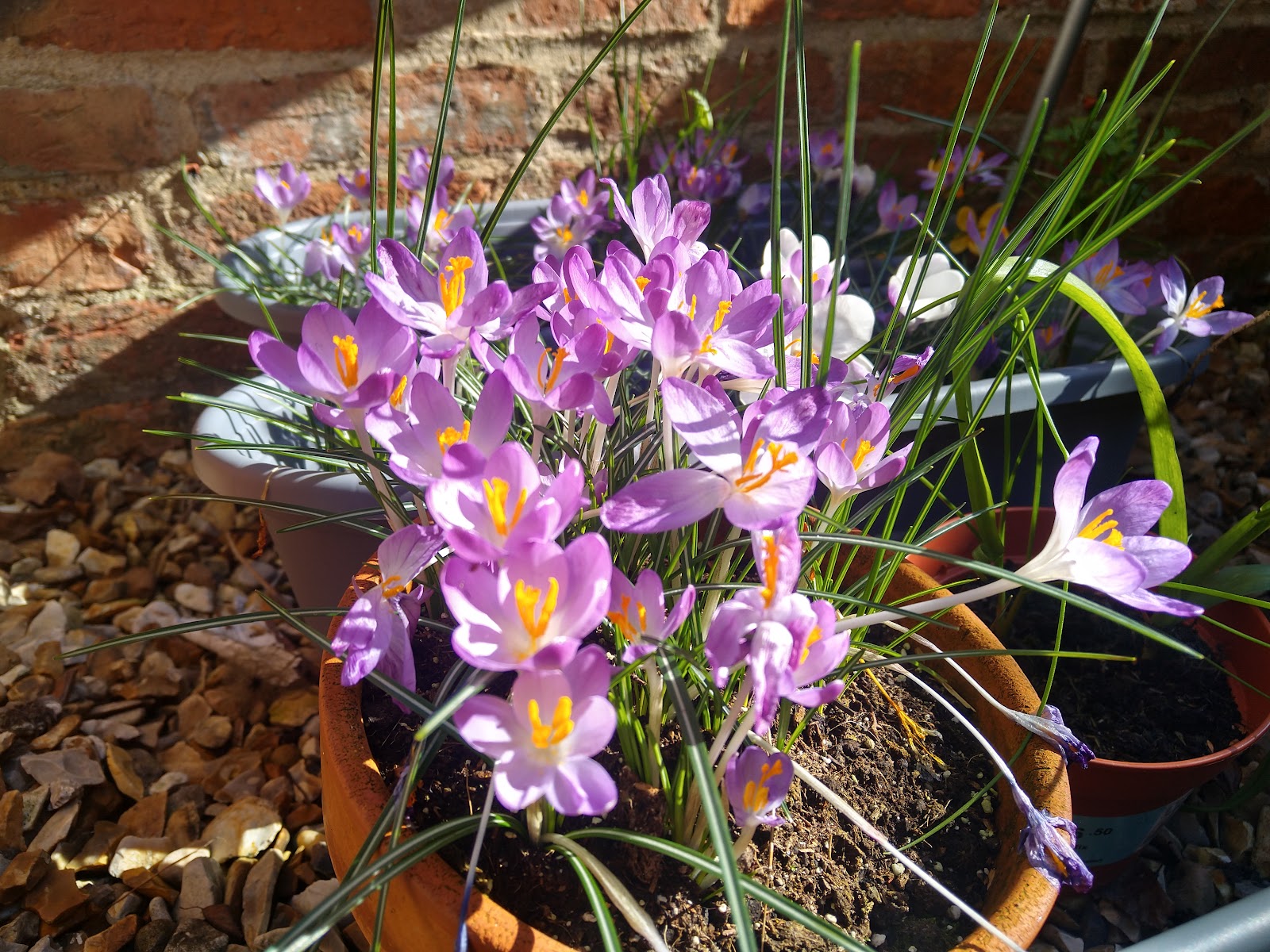 Spring has Most Definitely Sprung

We've had some pretty decent, if not spectacular, spring weather over the last few days, and although I've had the irritation of electrical work at my flat, I've been able to get out on the nicer days and see what's about.

The first butterfly of the season has been spotted, but not a brimstone as is usually the case. It was a small tortoiseshell, and it was in the passageway at my flat, shivering on the ground.

I managed to get it onto my fingers, and move into the warm sun in my little suntrap yard. It fibrillated its wings for a while, something I always associate with this species, and then after gaining enough strength from the solar rays took off all of a sudden, easy as you like, and it was gone.

The hawthorn and blackthorn blossom is out in the park, forming the beautiful arch of flowers in the orchard as it does every year. Amid these blooms bumblebees were buzzing, the buff tailed queens now joined by white tailed bumblebees and a single red tailed bumblebee too now. I think there are a few workers around too, as I noticed several smaller bumbles around.

When not feeding, other queens were searching for suitable nest holes on the ground to found their new colonies in.

The chiff chaffs are singing now, but I haven't heard one yet. Teasing little birds, I've seen lots of photos of them out and about, and by heaven I've hardly ever seen one even though I've heard hundreds of them.

I think they throw their voices so I can't find them. In fact I swear they do!

All text and images copyright CreamCrackeredNature 15.03.22 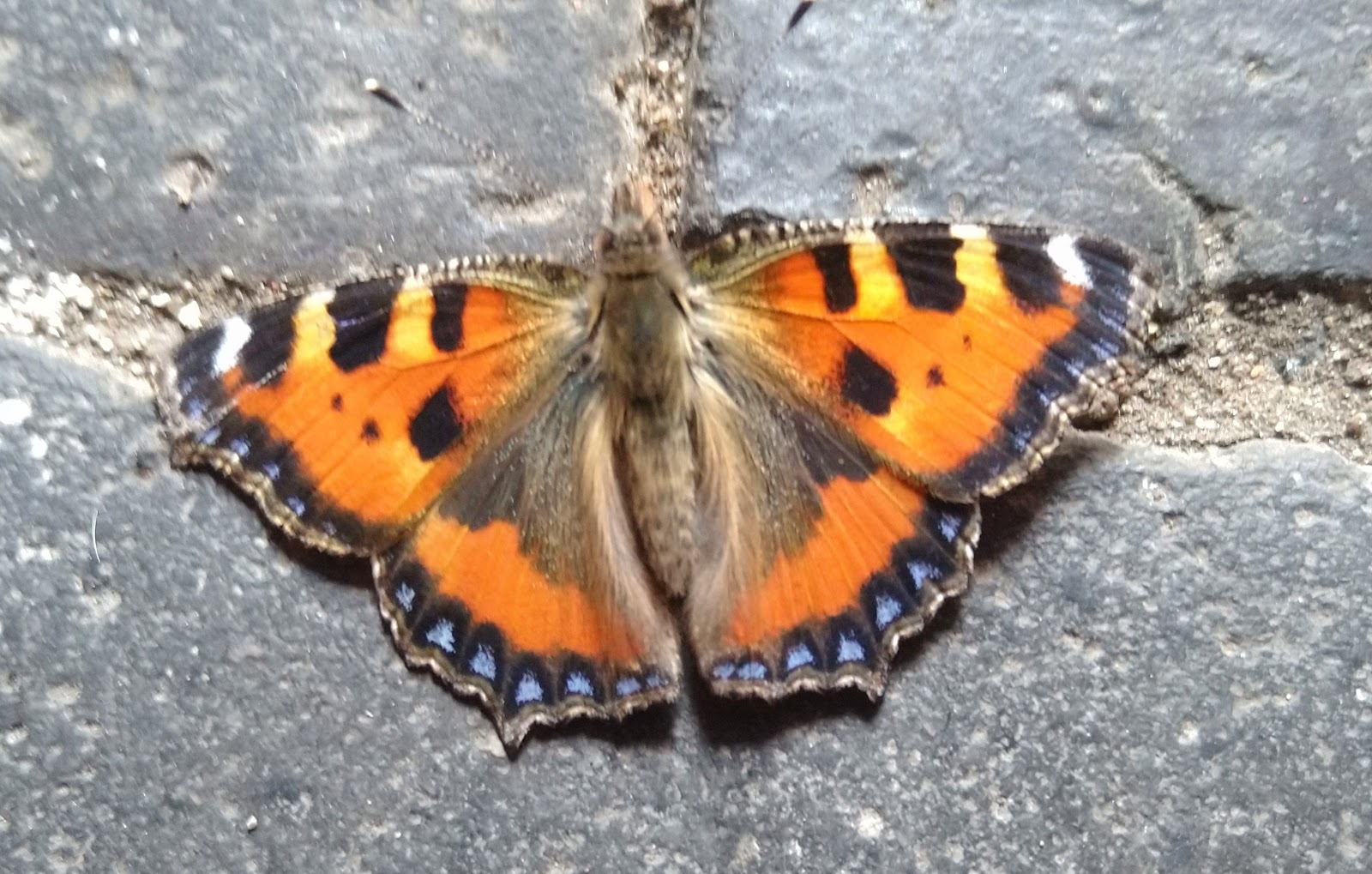 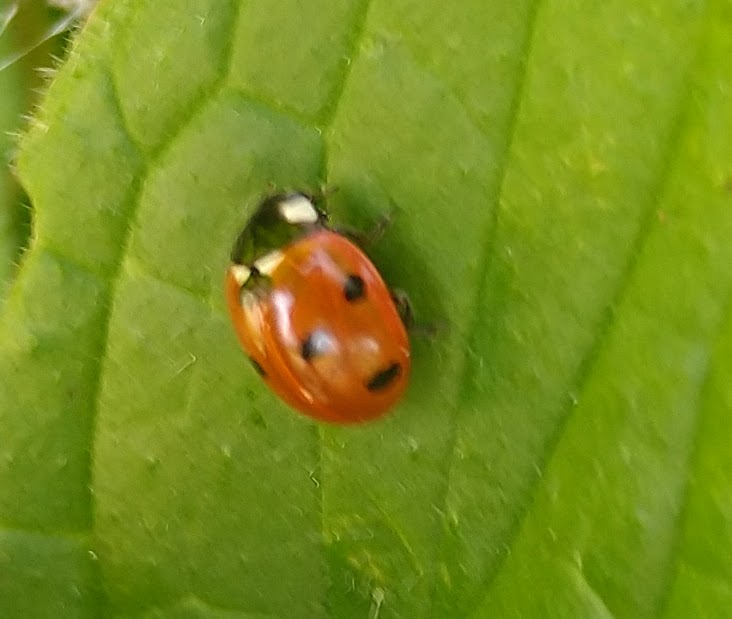 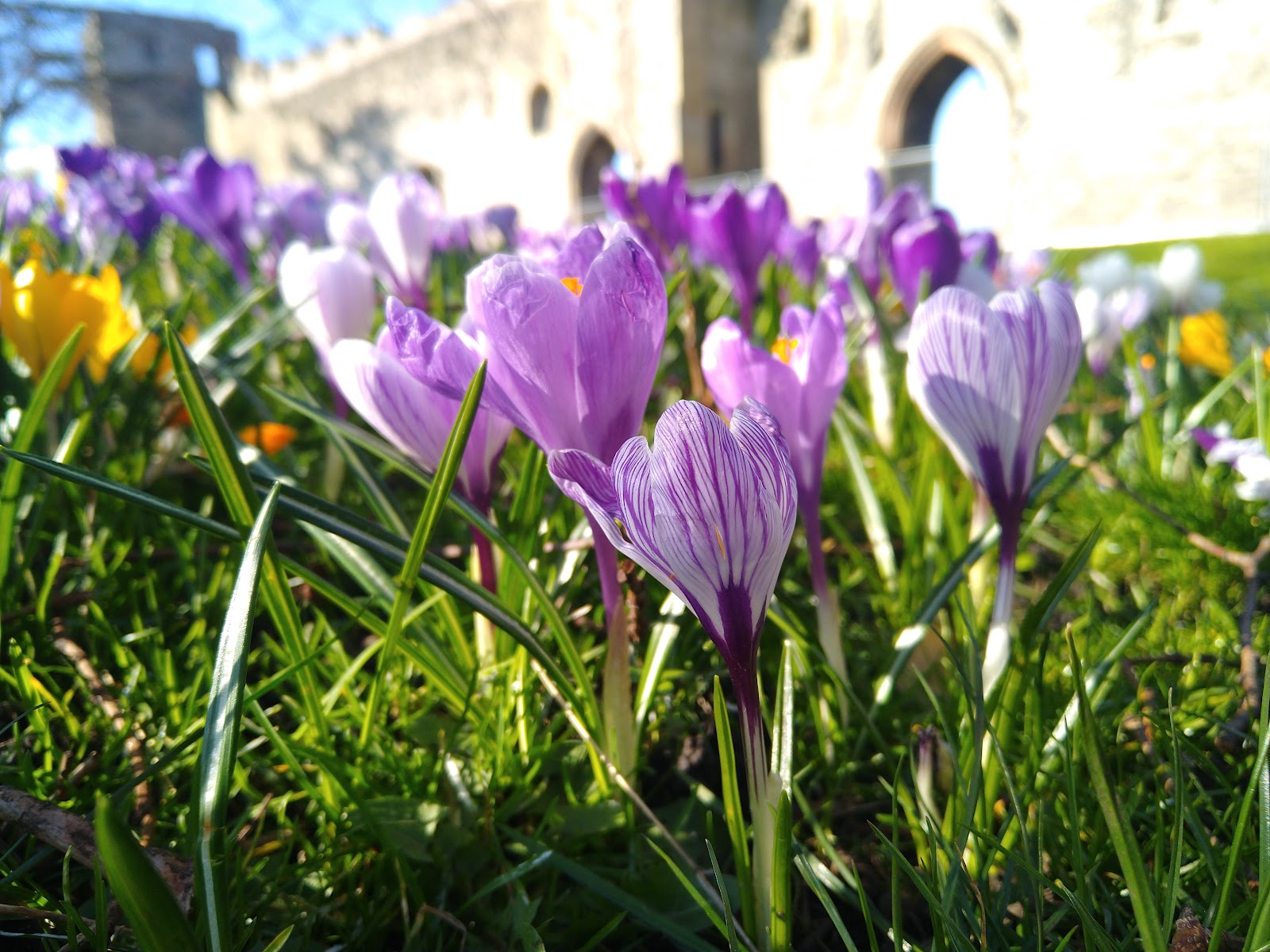 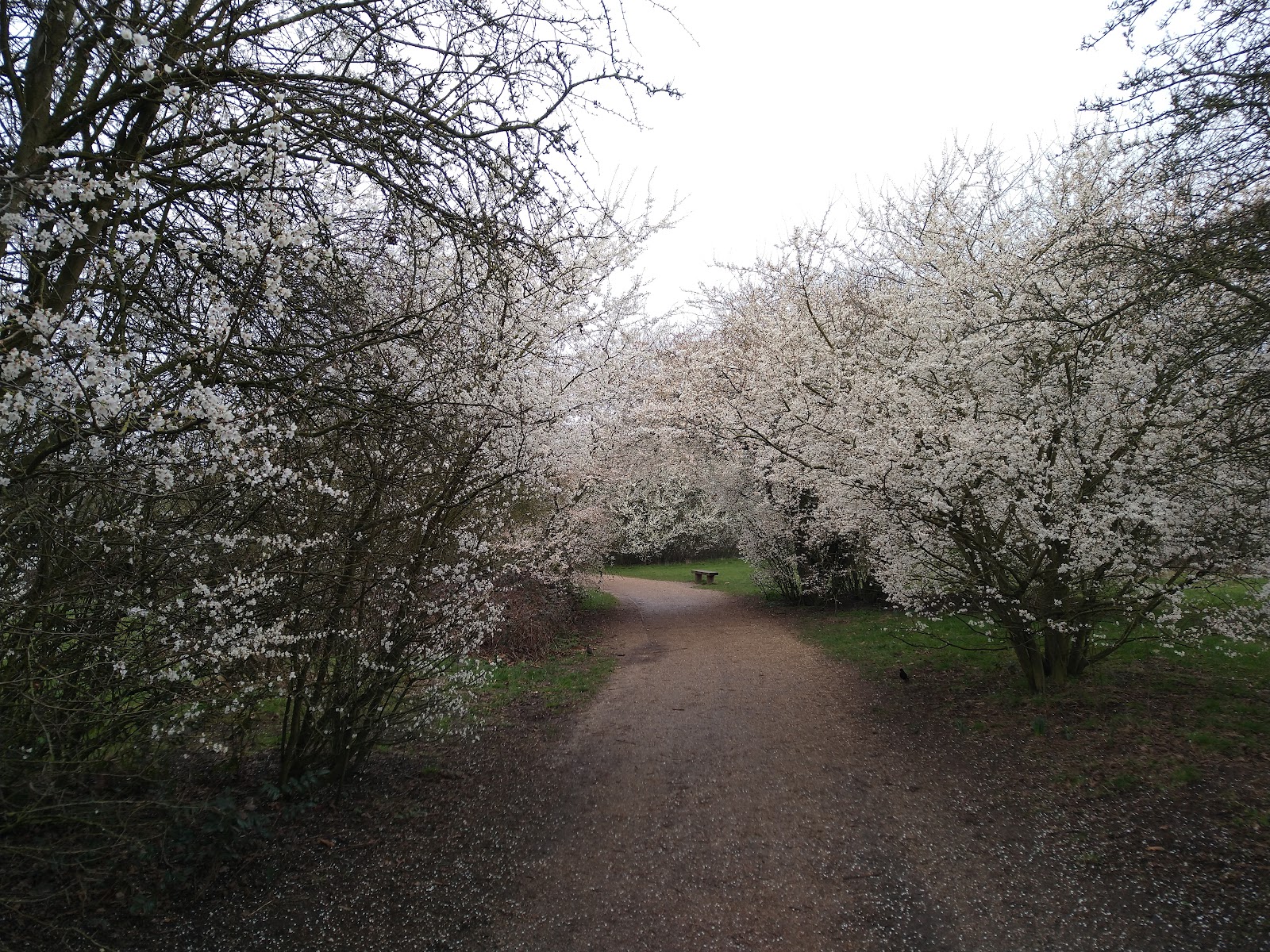 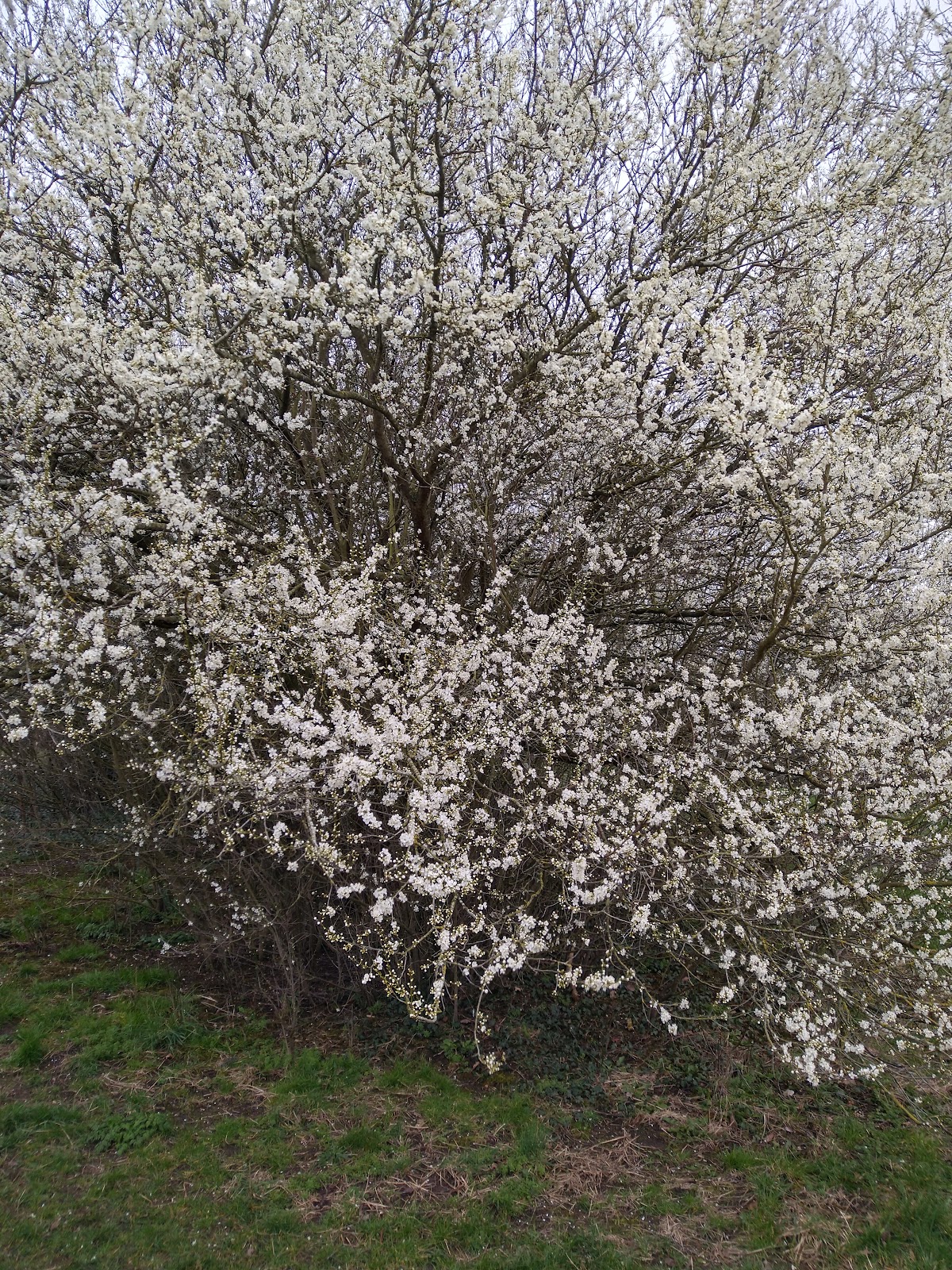 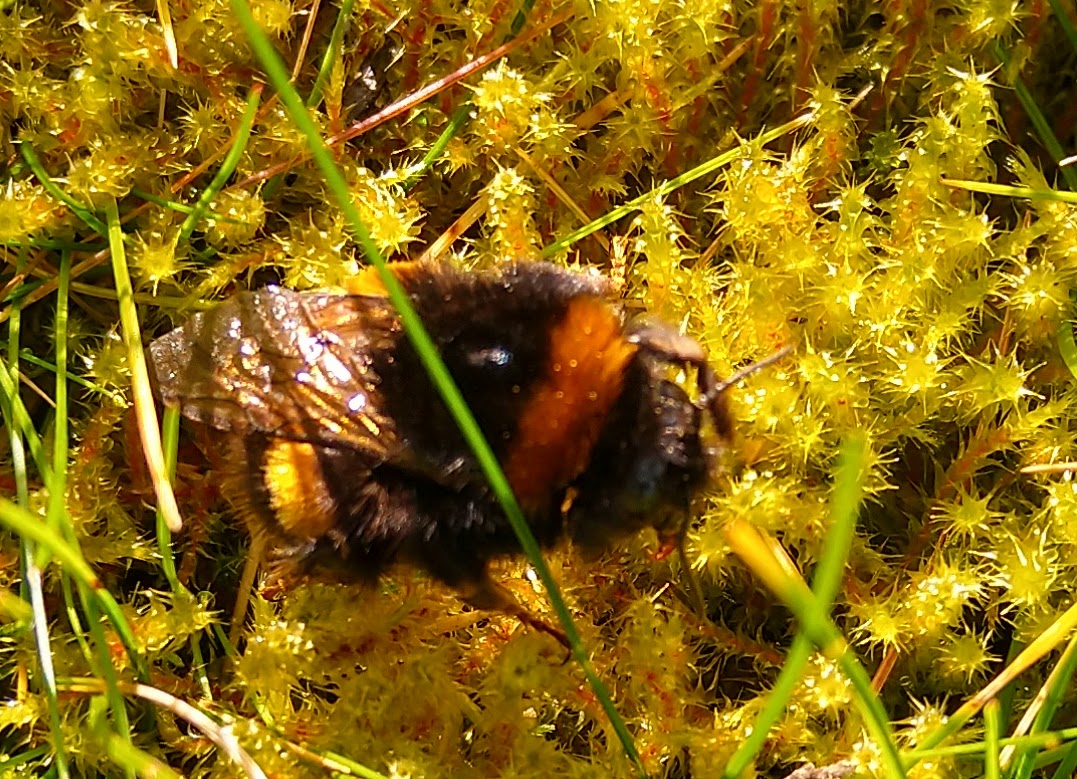 Trying to forget all the awfulness around at the moment is important, and so on my walks I'm trying to be extra mindful of what I might see.

It takes your mind off things for a few minutes.

It's fair to say that this Spring is not exactly very Spring-like yet; it is cold, wet, and windy and the rare days on which the sun is out are off-set by low temperatures and a biting breeze.

That being said, when the sun is out I have seen a few insects out on a couple of days. The gorse bush at work had a busy little group of bees working on it last week, and today the cemetery crocus carpets had some hardy worker bees gathering pollen on them today.

I've still only seen the one bumble close up, and it is far too cold for the first brimstones to be on the wing. I have my wildflower meadow flowers to plant, probably next weekend.

Got to keep doing positive things, no matter how small.

All text and images copyright CreamCrackeredNature 07.03.22 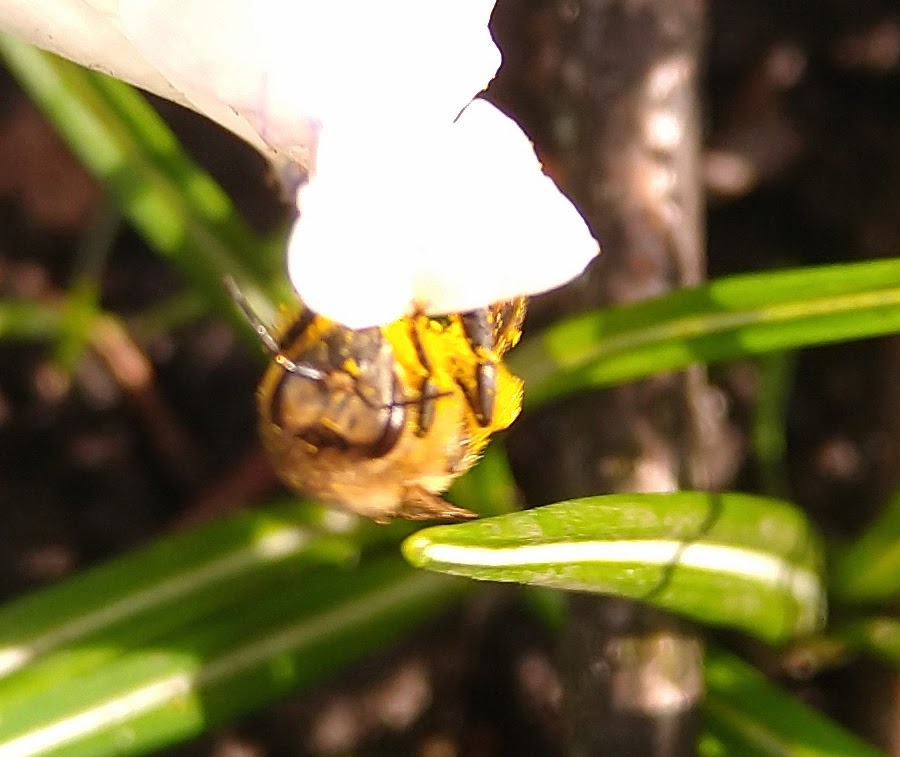 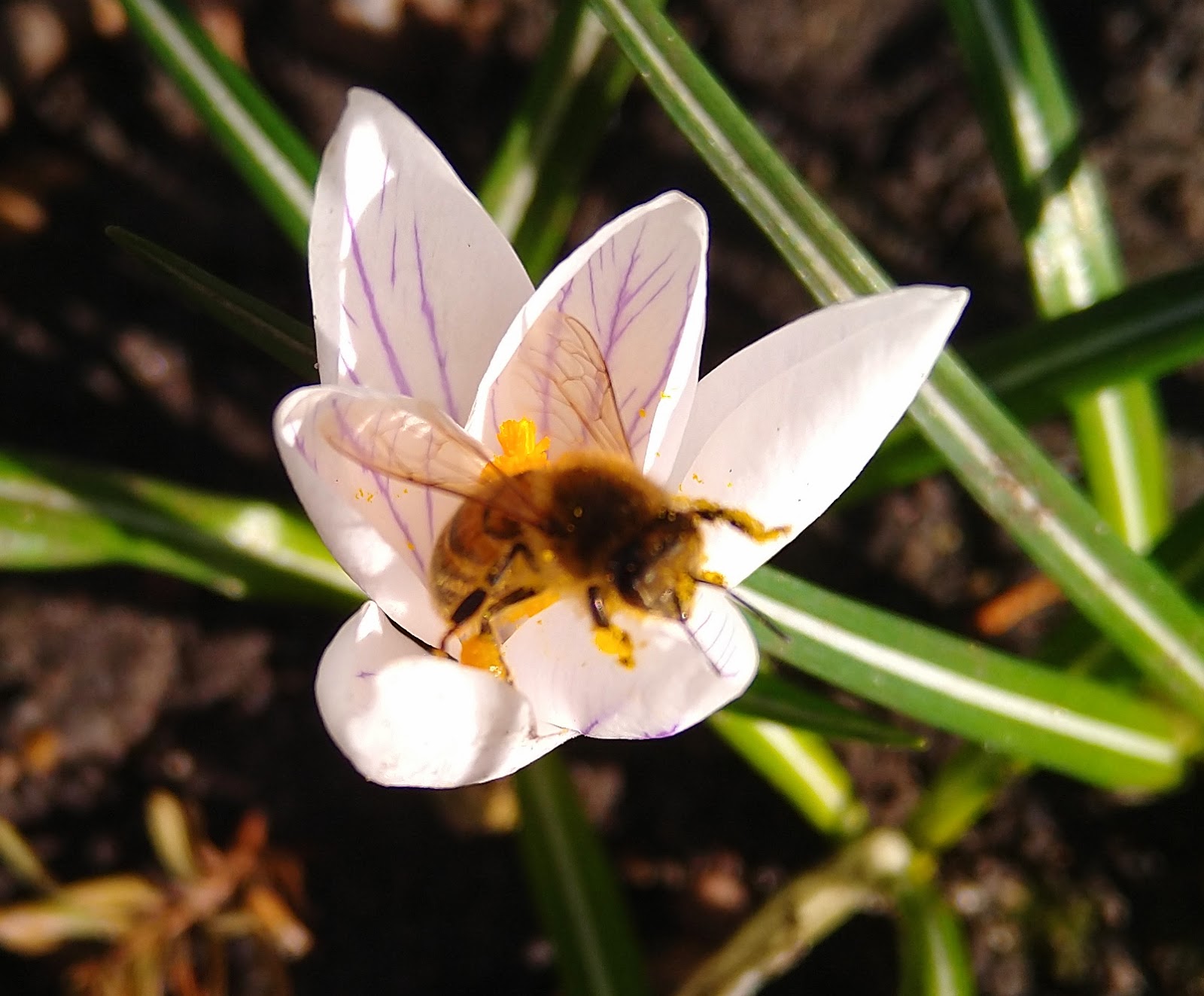 So, this week among the glorious purple and white flowers in the cemetery, on a dull day where I thought I'd see no such thing, my vaguely sharp eye detected a bumblebee making its way low down among the crocuses about 20 metres away.

Pausing my attempts to attempt to take a rubbish selfie that would impress no-one, I skipped over and found what I was expecting - a buff tailed bumblebee queen, always the first bumble on the wing in the spring.

For a slightly chilly day, the bee was moving and feeding fast among the flowers, and it wasn't easy to get a good shot of it, for which I apologise. It made me glad however, to have had a decent walk over a lazy weekend and to be rewarded for making the effort.

A very small joy in what is a pretty black time.

All text and images copyright CreamCrackeredNature 02.03.22 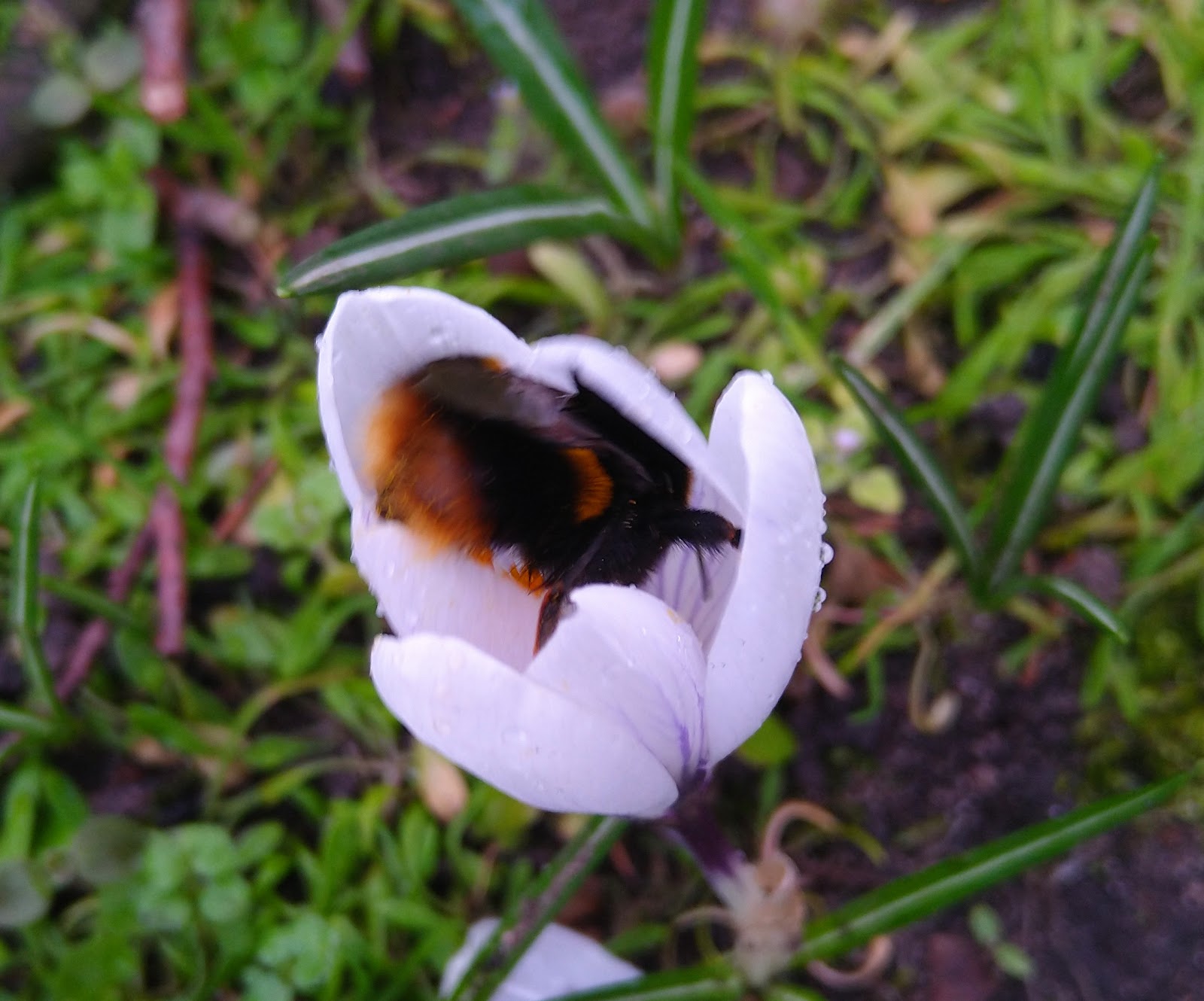 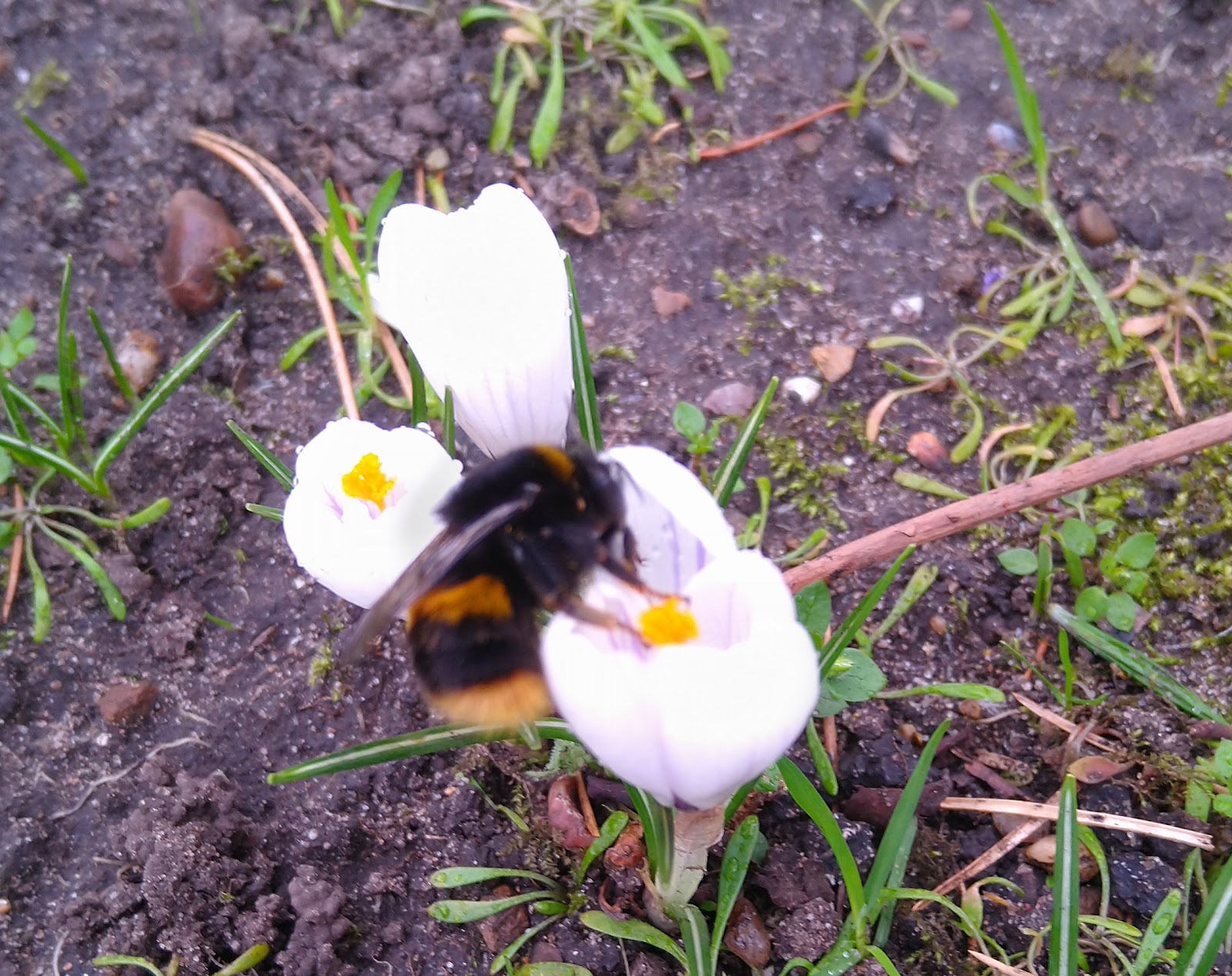 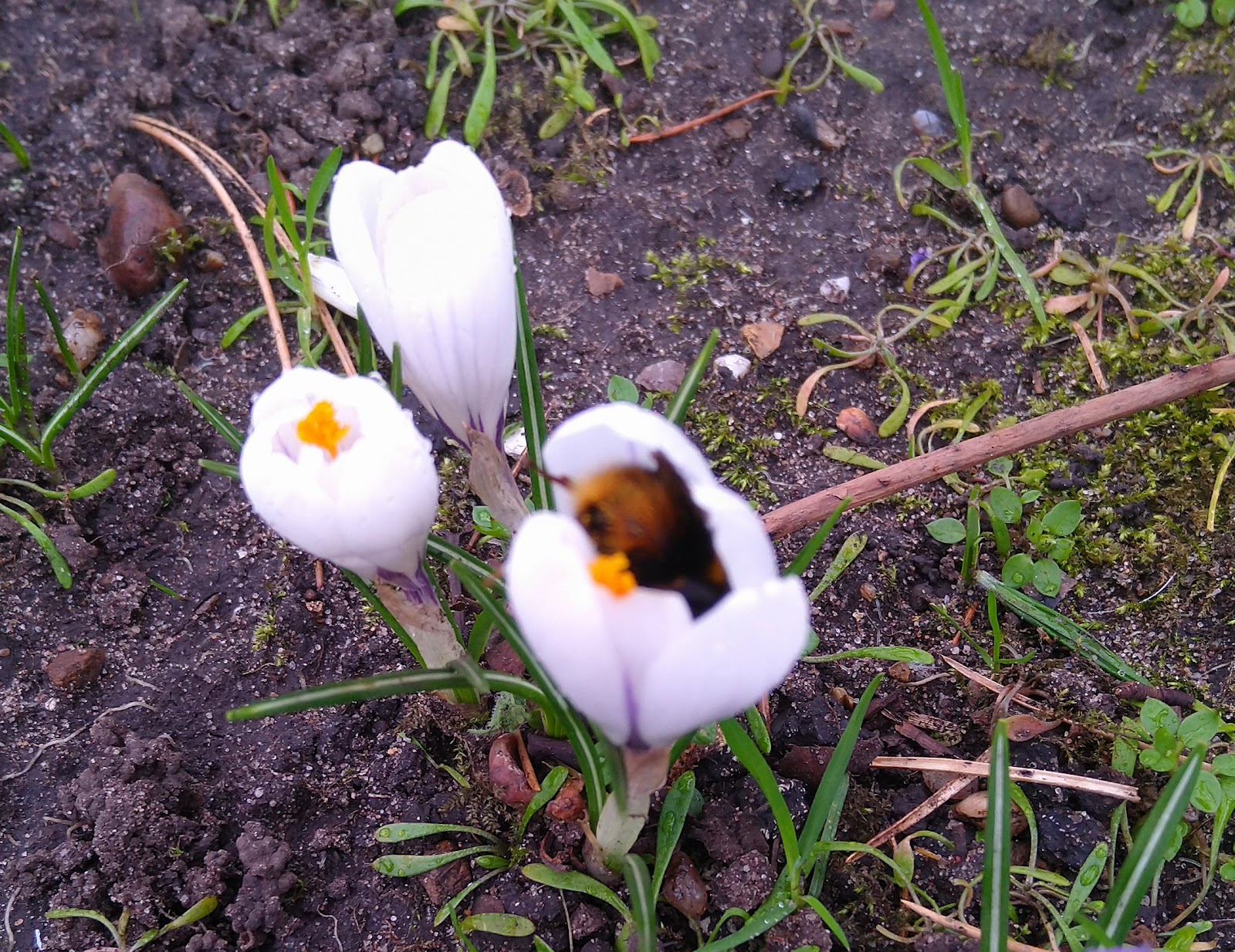 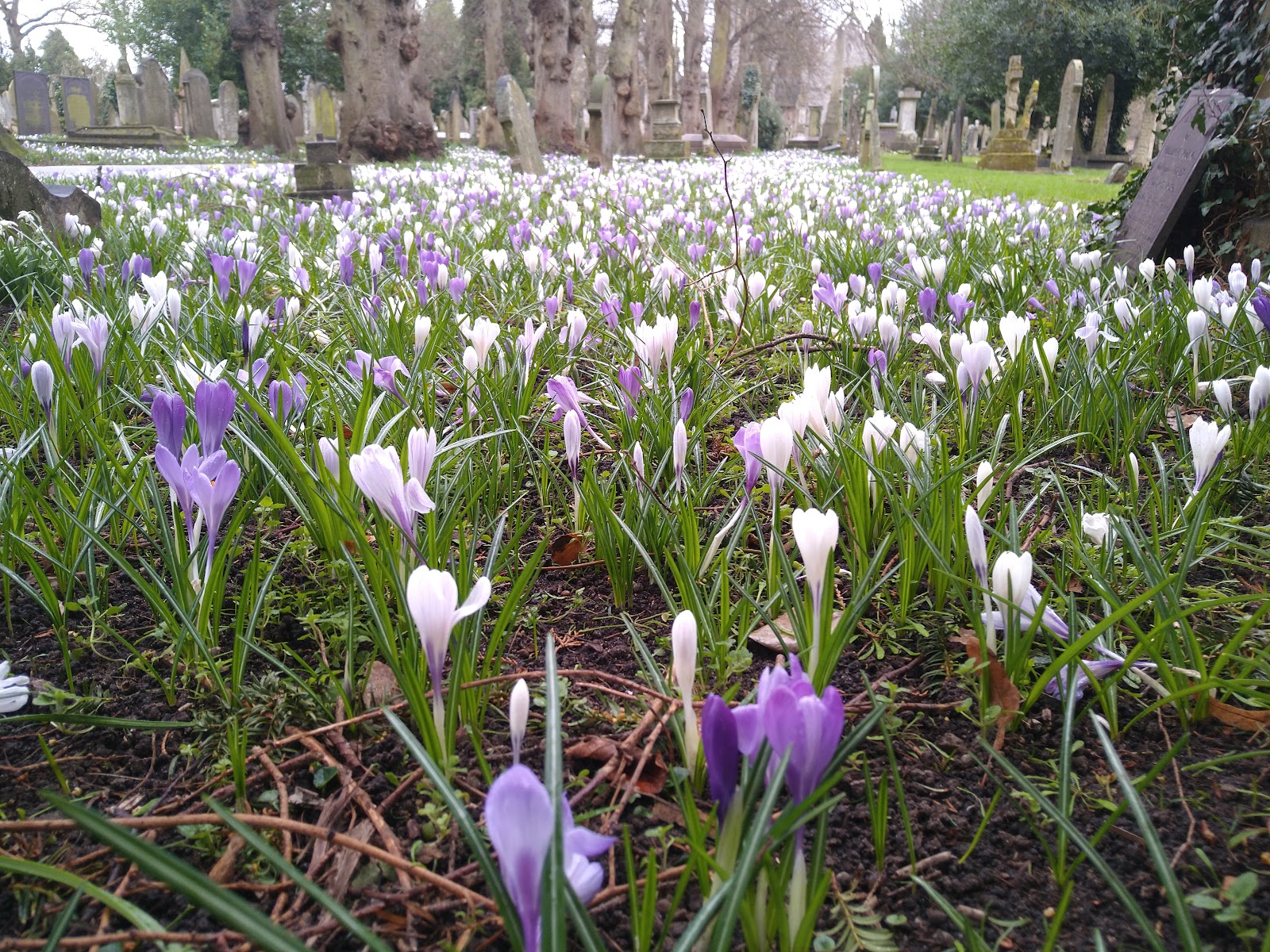