Hello everyone, I'm back from my sister's place in Bristol - more of that in the next few days - and I'm re-adjusting to being on my own again after being with my family for a lovely spell.

I'm starting to cycle locally again when weather allows, hunting snowdrops and aconite and relishing the outside world. At least when it isn't hammering down. Goosander aren't on the Blue Lake at the moment, which is surprising and indeed when I went today the usual geese weren't there either.

I'm still enjoying doing my little sketches, so I thought I'd drop you off this seasonal little robin artwork for now, and I'll see you soon.

All text and images copyright CreamCrackeredNature 29.12.22 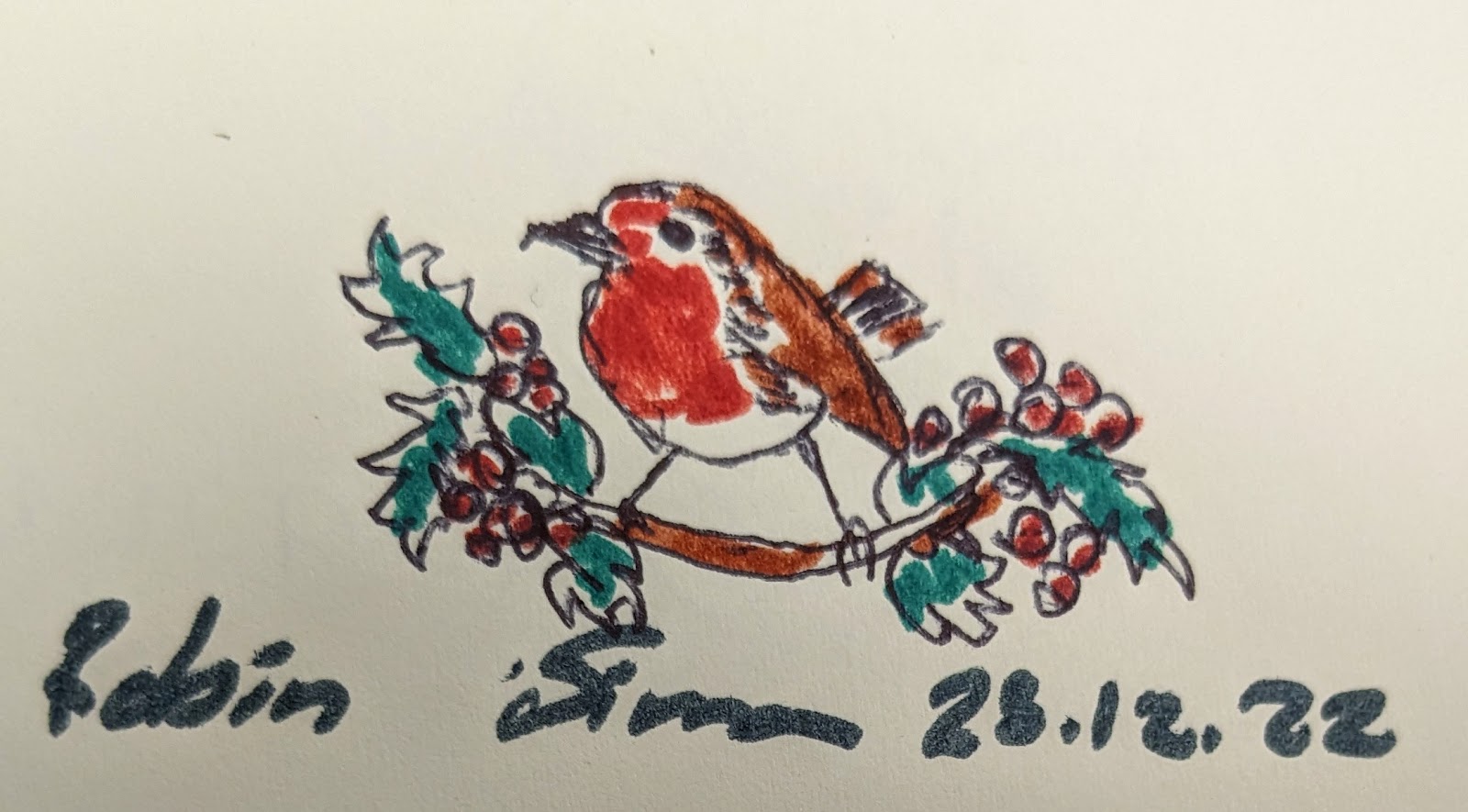 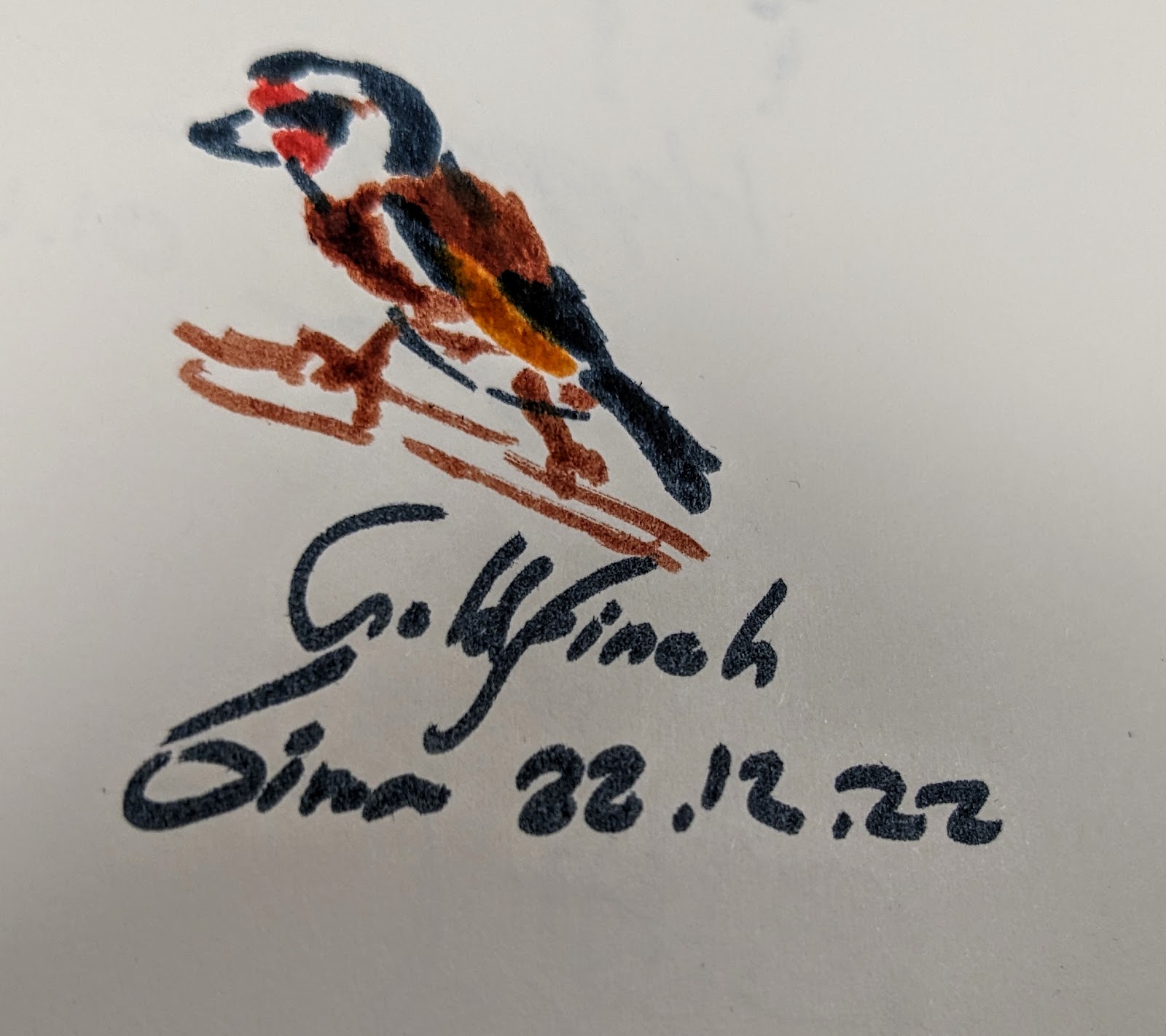 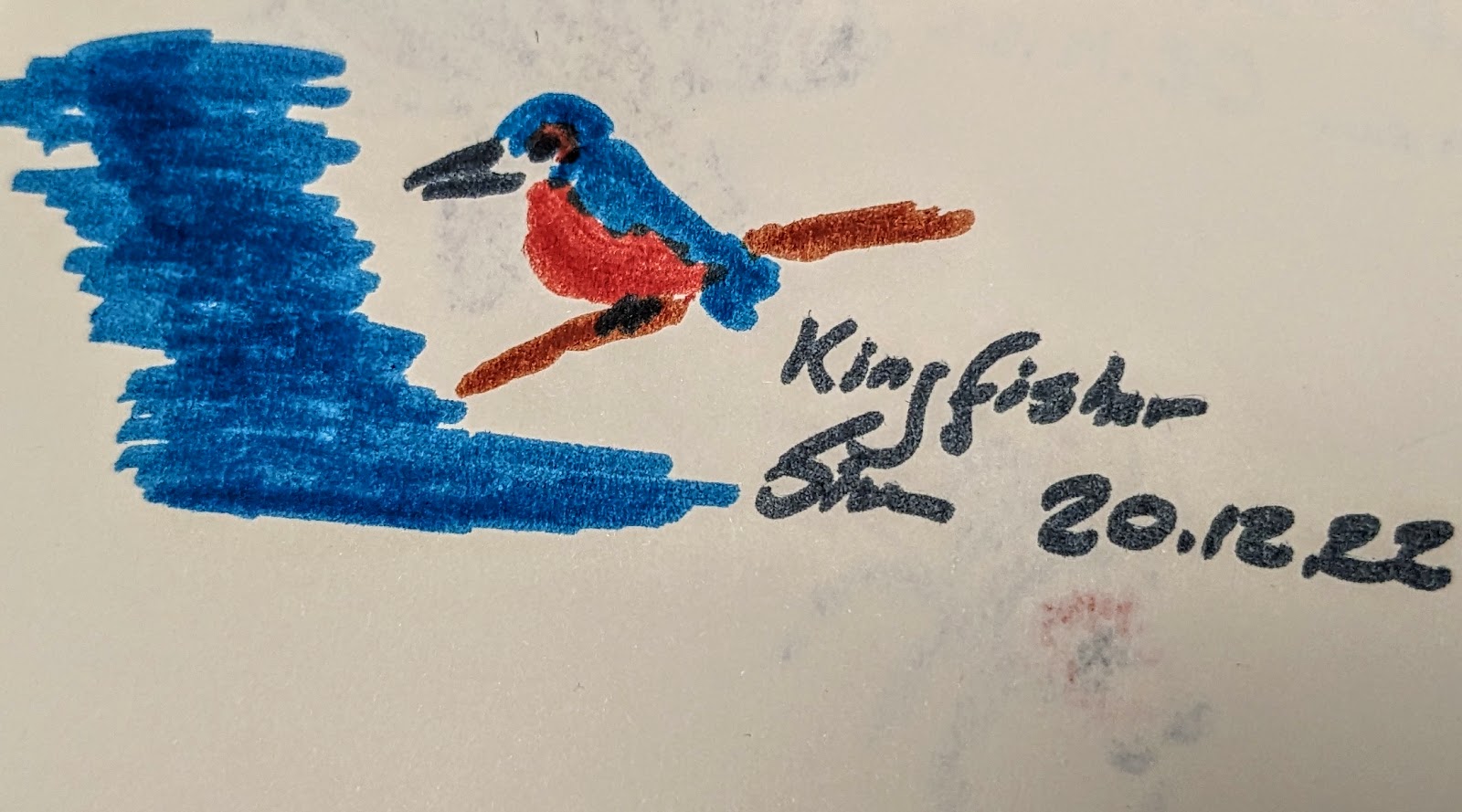 Constellations and the March of Time

After an intense period of trying to organise a children's party - lots of walking, lots of cycling in the rain, getting locked in a venue - I've not had much time to write for you this last week, and the freezing weather has prevented any expeditions on the bike.

-7 nights however have proved to be a blessing, with infinite skies diamond strewn with stars. Mars shines red among them, and I got some ok photos with my Pixel 6A of Gemini, Auriga, Taurus and Orion, the great winter constellations.

The universe is crazy to think about, how these balls of firey fusion energy of varying luminosities and colours randomly scattered in the cosmos, form these patterns that are immediately familiar - I've known the form of Orion since I was a small child.

It will still look the same when I'm a very old man, but at a universal scale this is nothing. Eons from now, these patterns will have been destroyed by the march of space time.

Almost too much to think about.

All text and images copyright CreamCrackeredNature 20.12.22 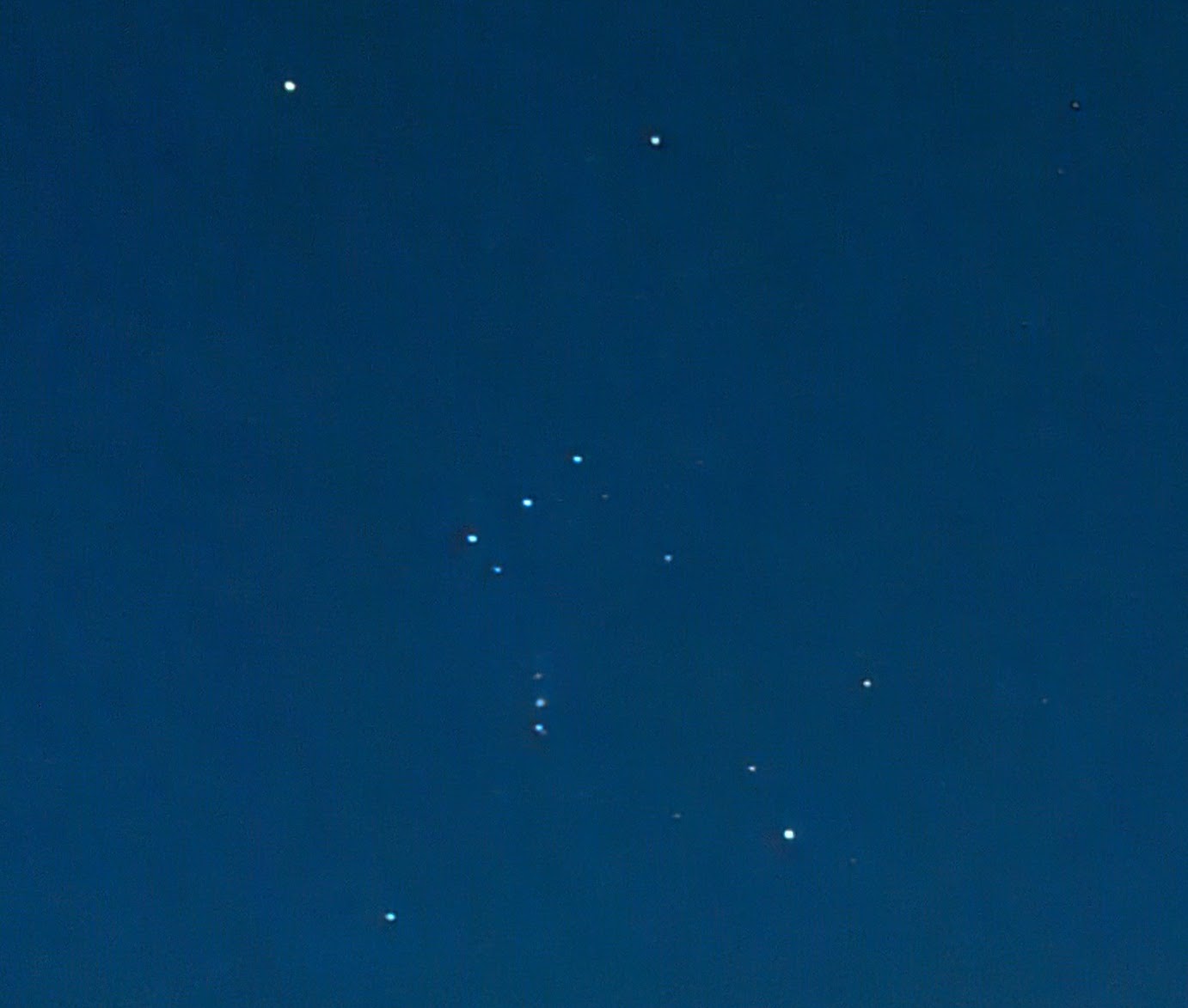 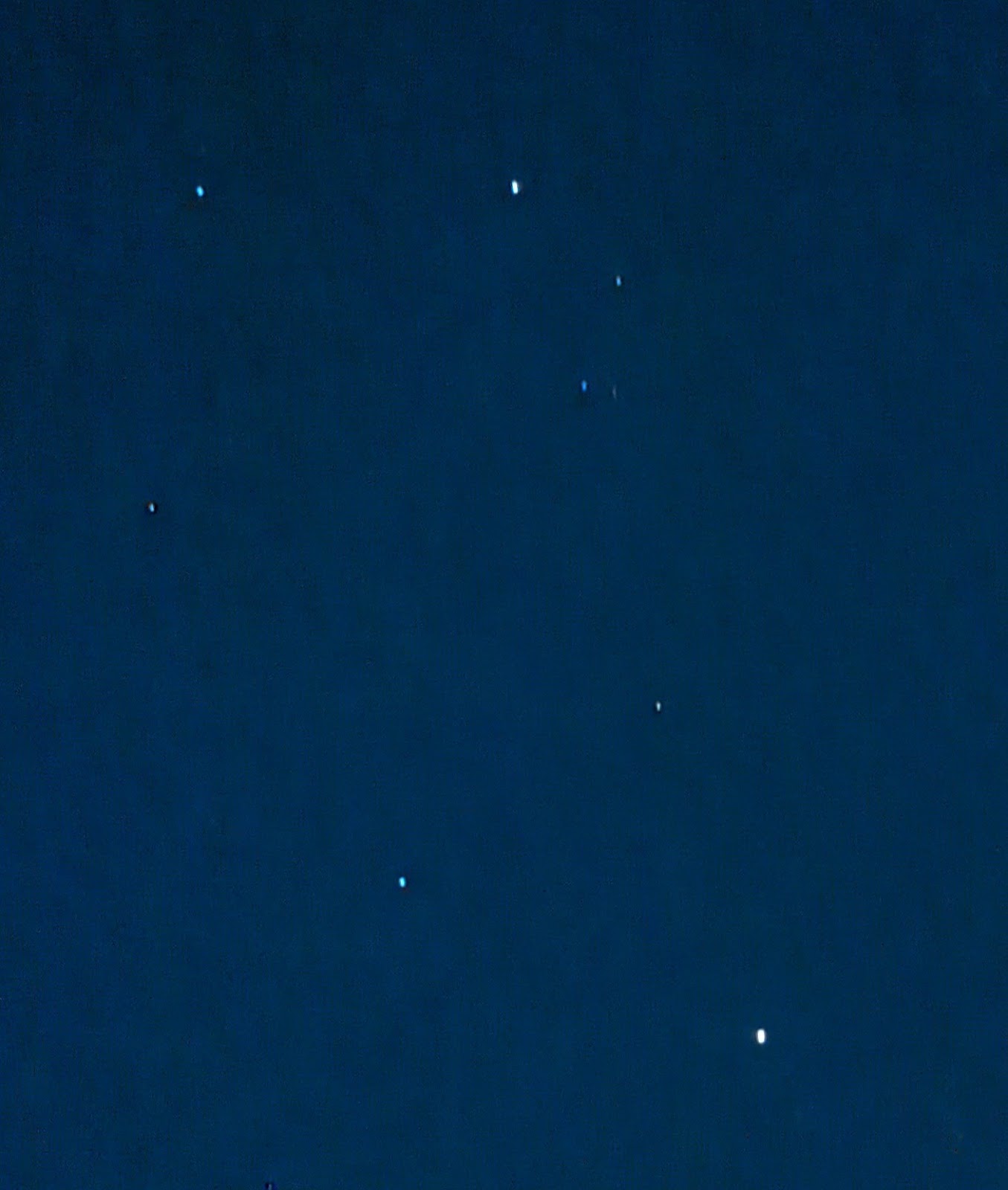 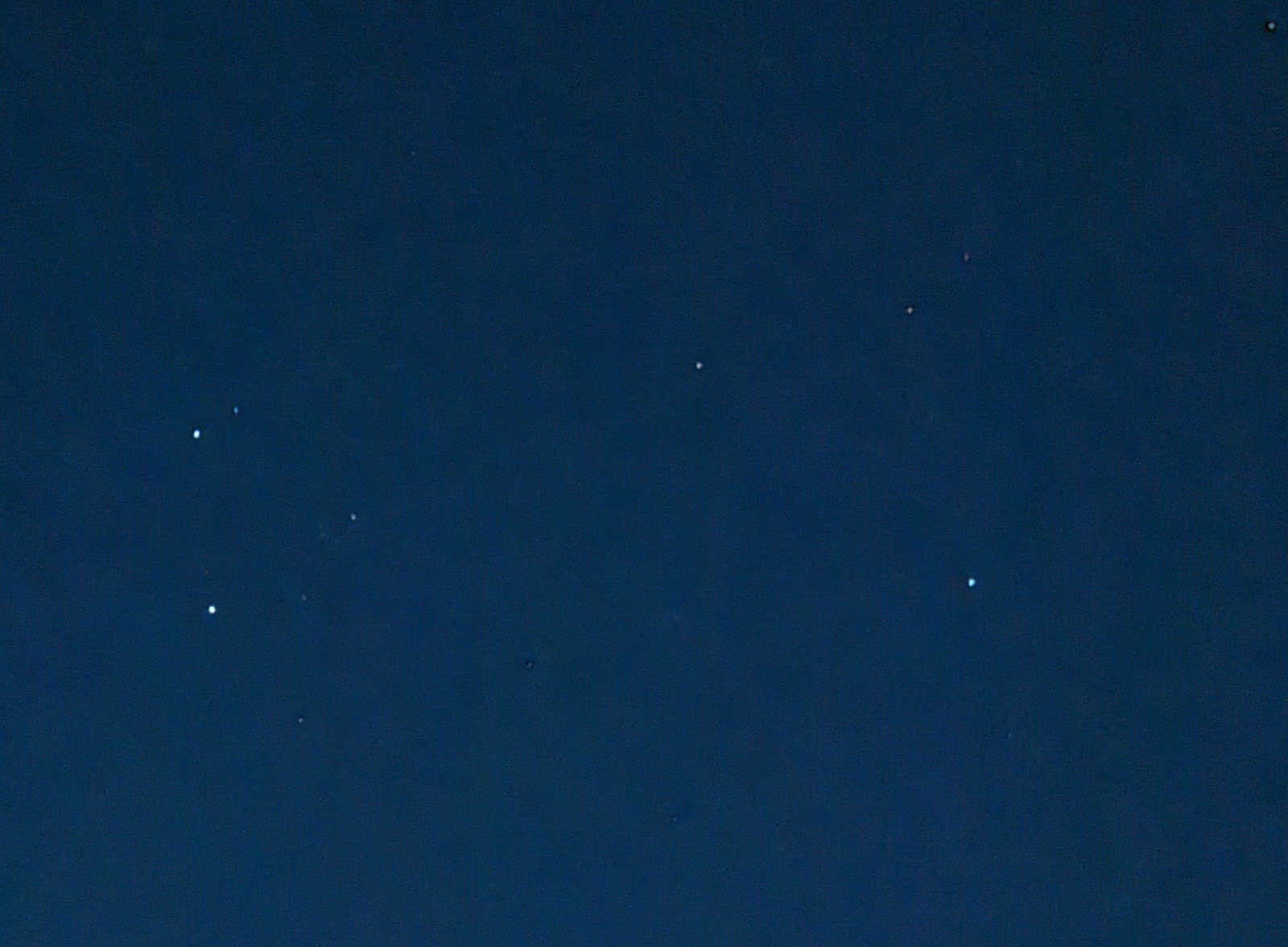 My Tree is Up

Living alone as I do, I never really put much effort into Christmas.

Frankly I get Christmass-ed out, as my entire life at work is devoted to nothing but during December; parties, events, competitions. Even organising a hoopla contest. Hence I can't really be bothered to do much at home.

I haven't got enough room for a tree in any case.

However, this year I decided to be not so much of a Grinch, and bought a tree ideally suited to my accomodation. It's a 20 centimetre high mini tree, in a highly festive little pot, which is now parked on the top of my bookshelf. Hopefully it will be quite happy there for a nice long time, parked between a drooping lily and a crazy swiss cheese plant.

Ha, not so much of a misery guts after all.

All text and images copyright CreamCrackeredNature 13.12.22 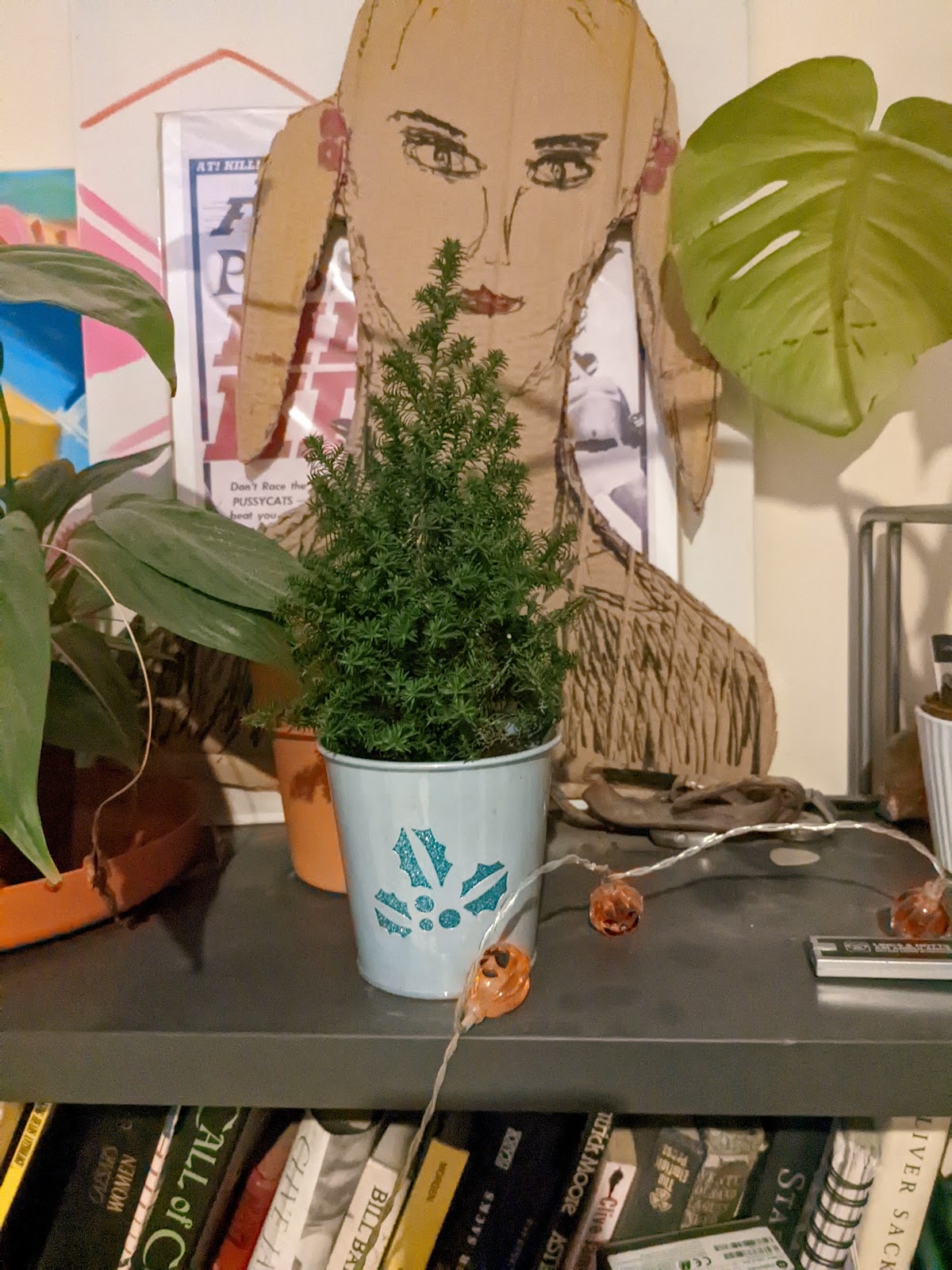 The Latest from the Library Gardens

Having heard that work had now properly commenced on the "Stop the Chop" library garden, I went over for a look to see what was going on there.

I'd seen the plans, and thought they were rather overkill - I would have just created a path down the middle and sown the rest with pollinators, with a few of the seats constructed from the downed tree trunk. But evidently they have decided to go further, to create a rainwater driven brook going through the site to attract dragonflies and a few more birds.

They've landscaped a couple of mounds - which I think look a bit rough at the moment to say the least but we will see how they bed in, and have planted a large number of bulbs.

The most eye-catching feature is the beautifully painted container, used to store equipment and which also doubles as a big planting rack for herbs. The goldfinch is stunning!

So, now we wait to see how things progress. Hopefully in the spring, the first flowers will start to emerge and we will see how natural the whole thing ends up looking in the fullness of time.

I look forward to taking a book there and whiling away the time under a shady tree.

All text and images copyright CreamCrackeredNature 07.12.22 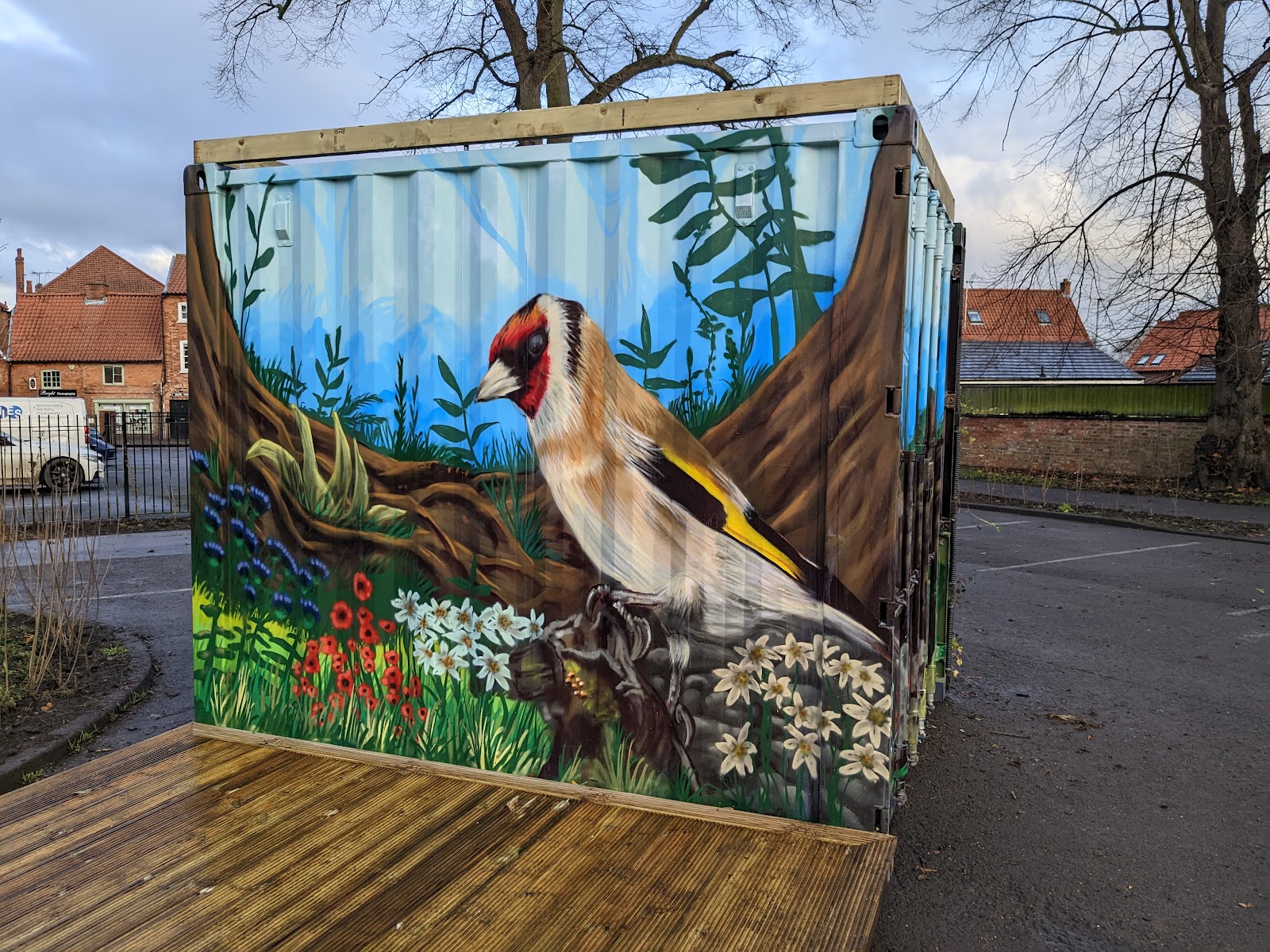 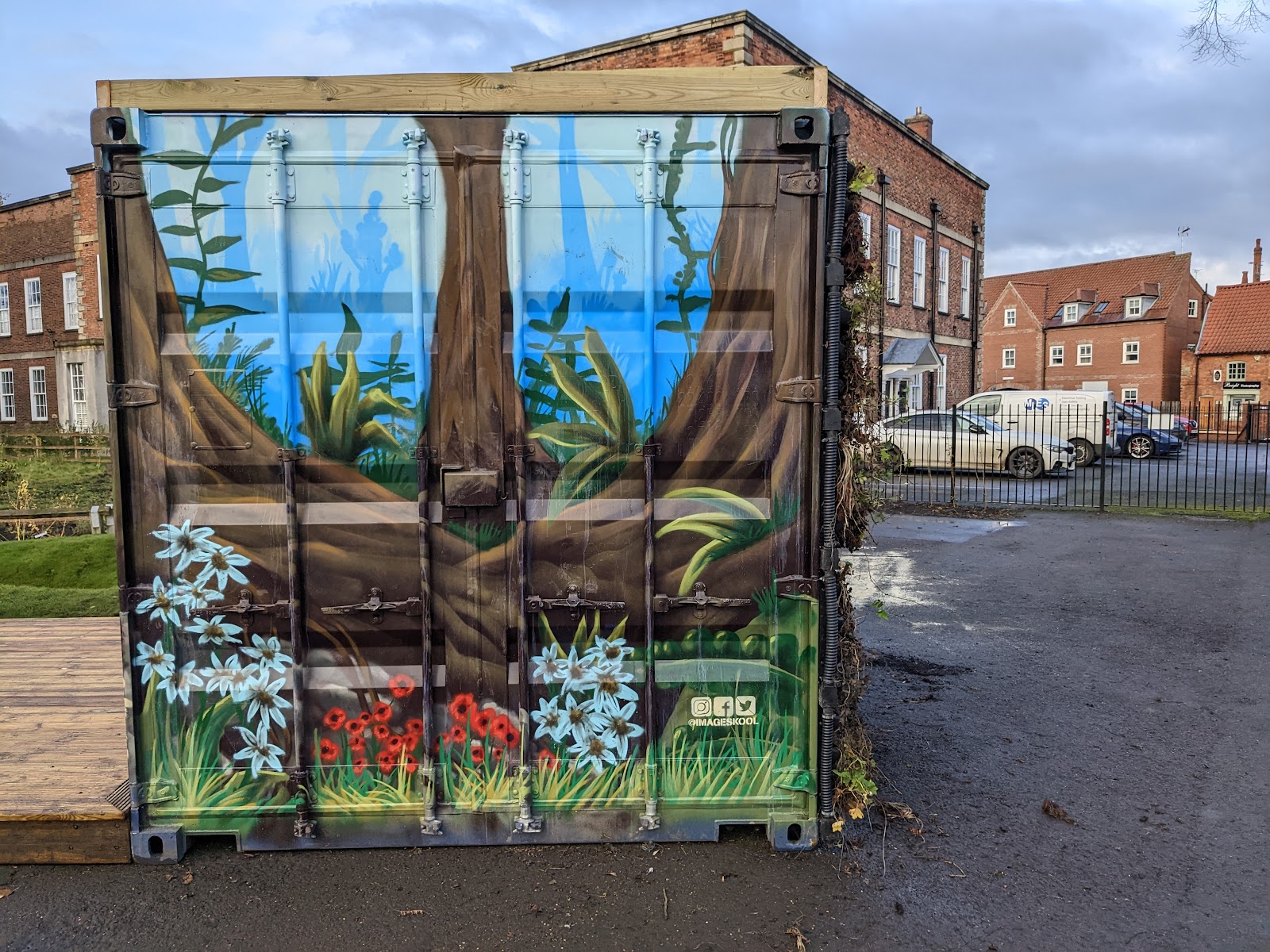 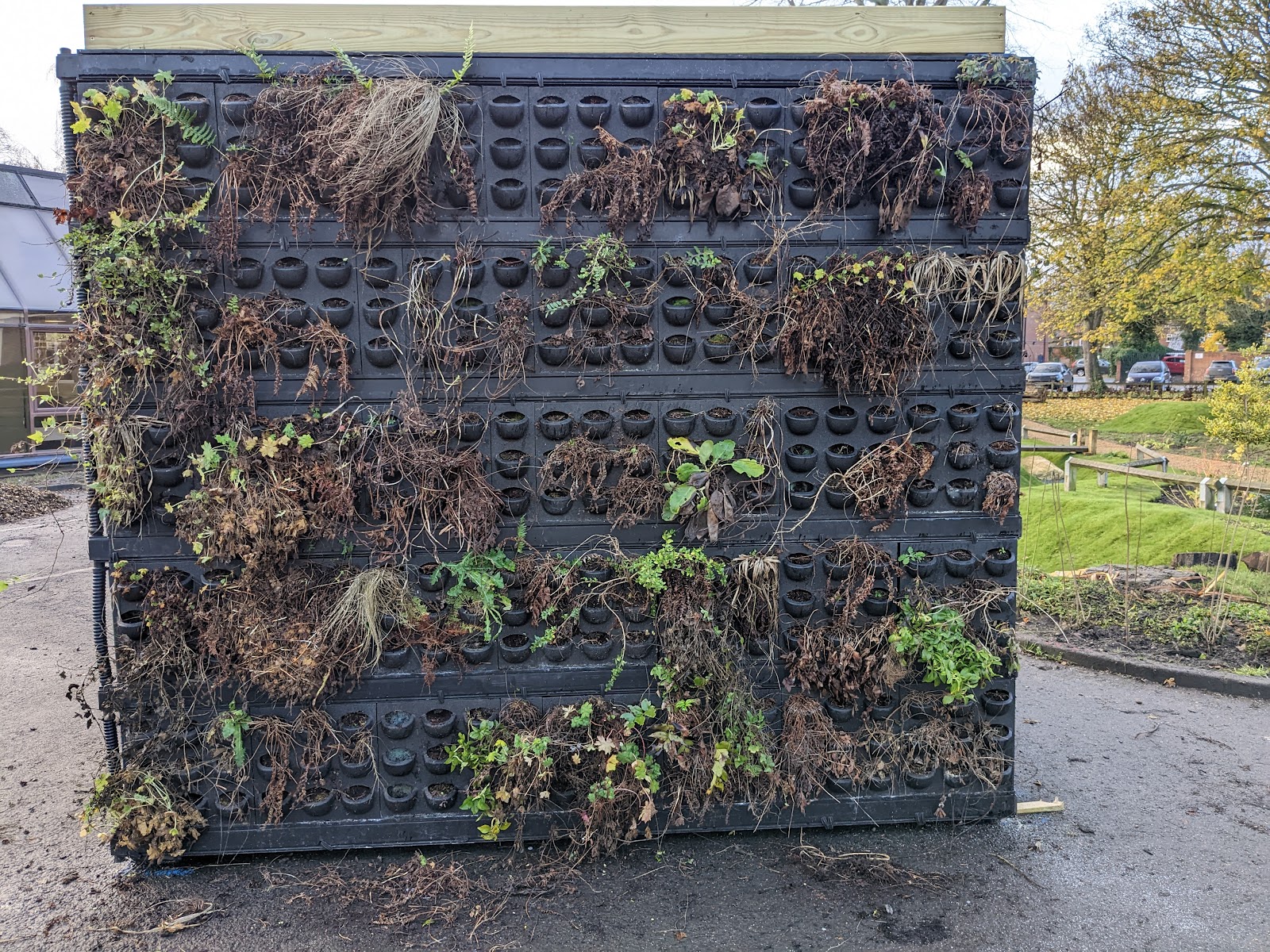 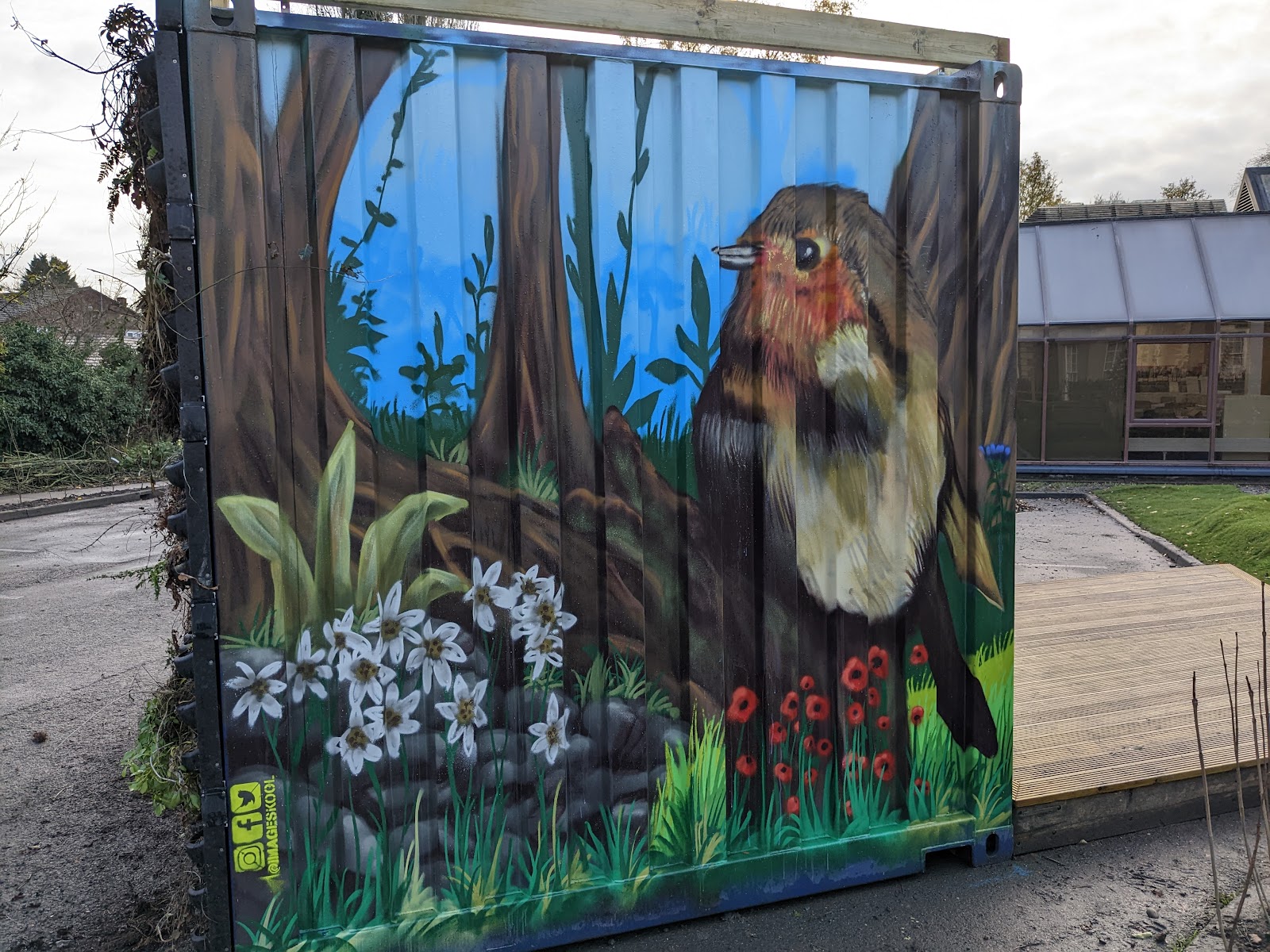 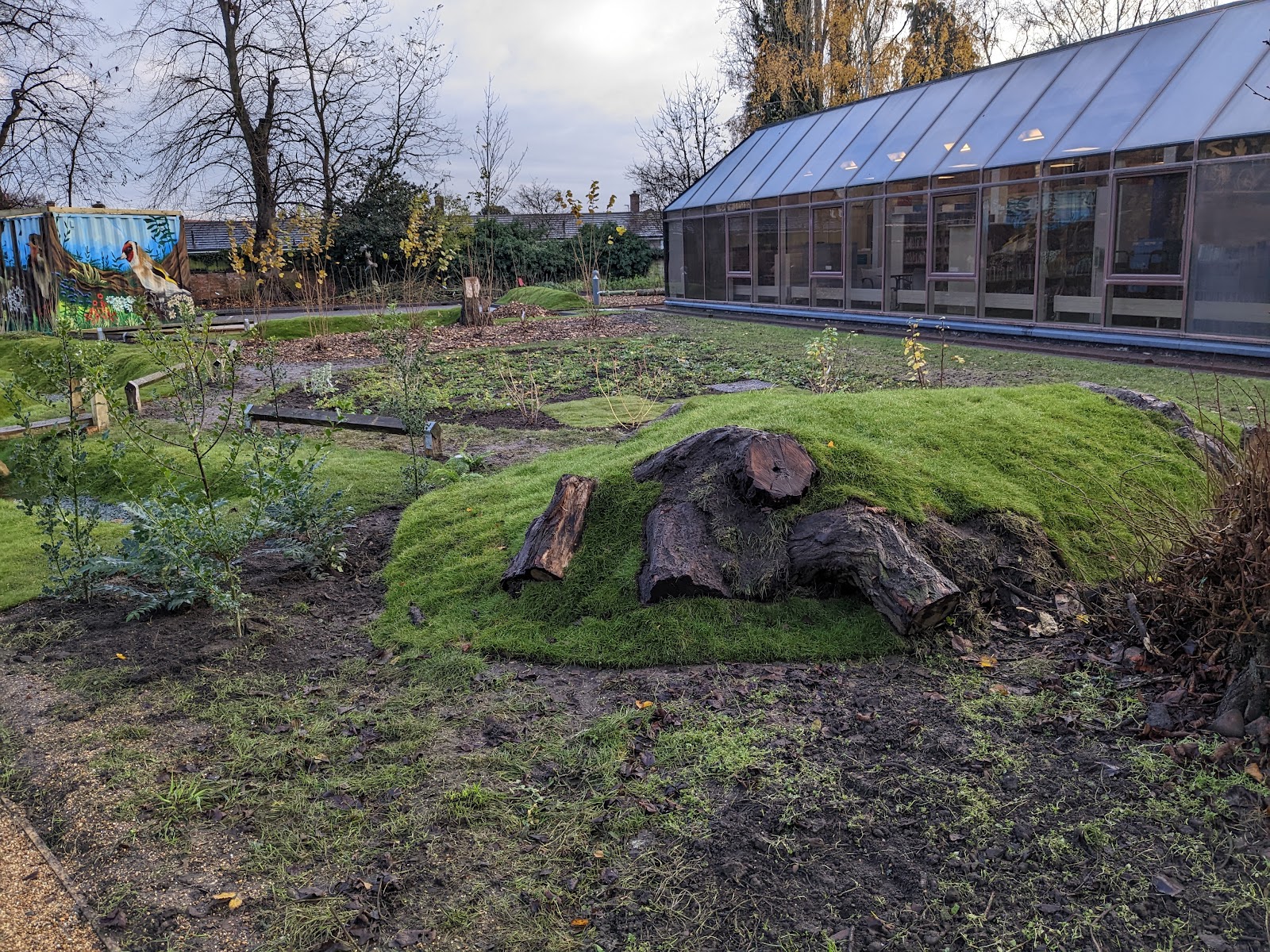 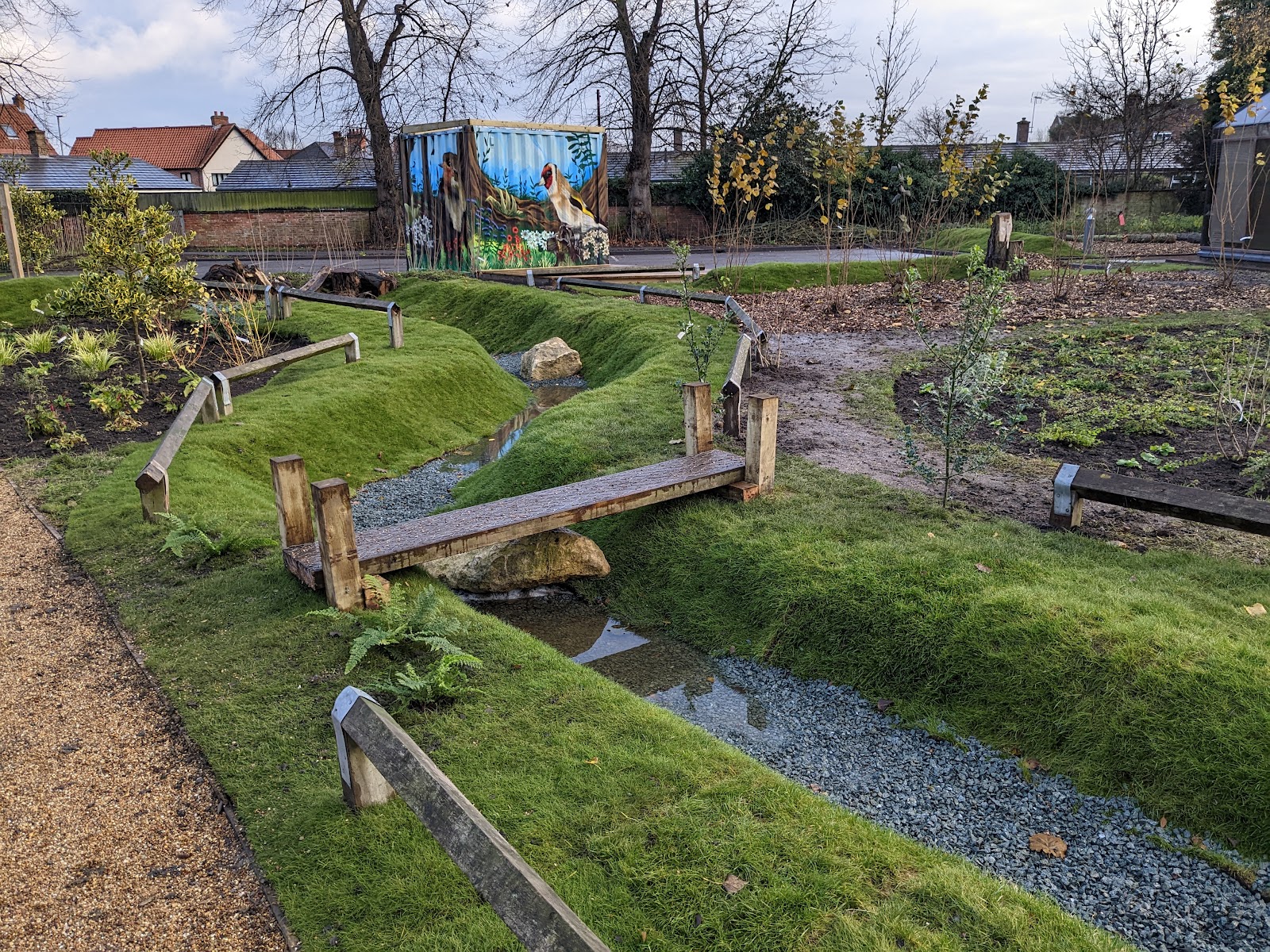 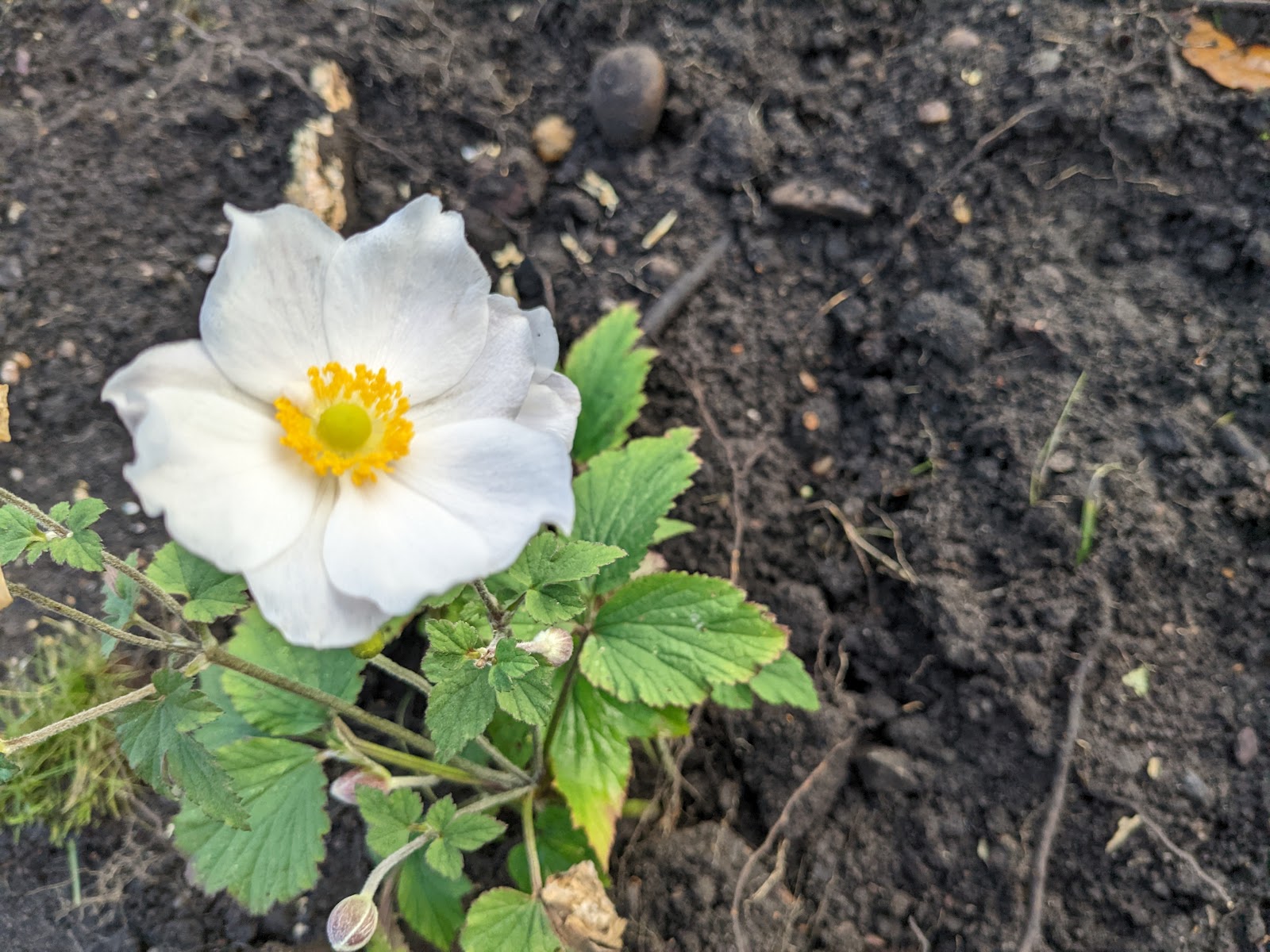 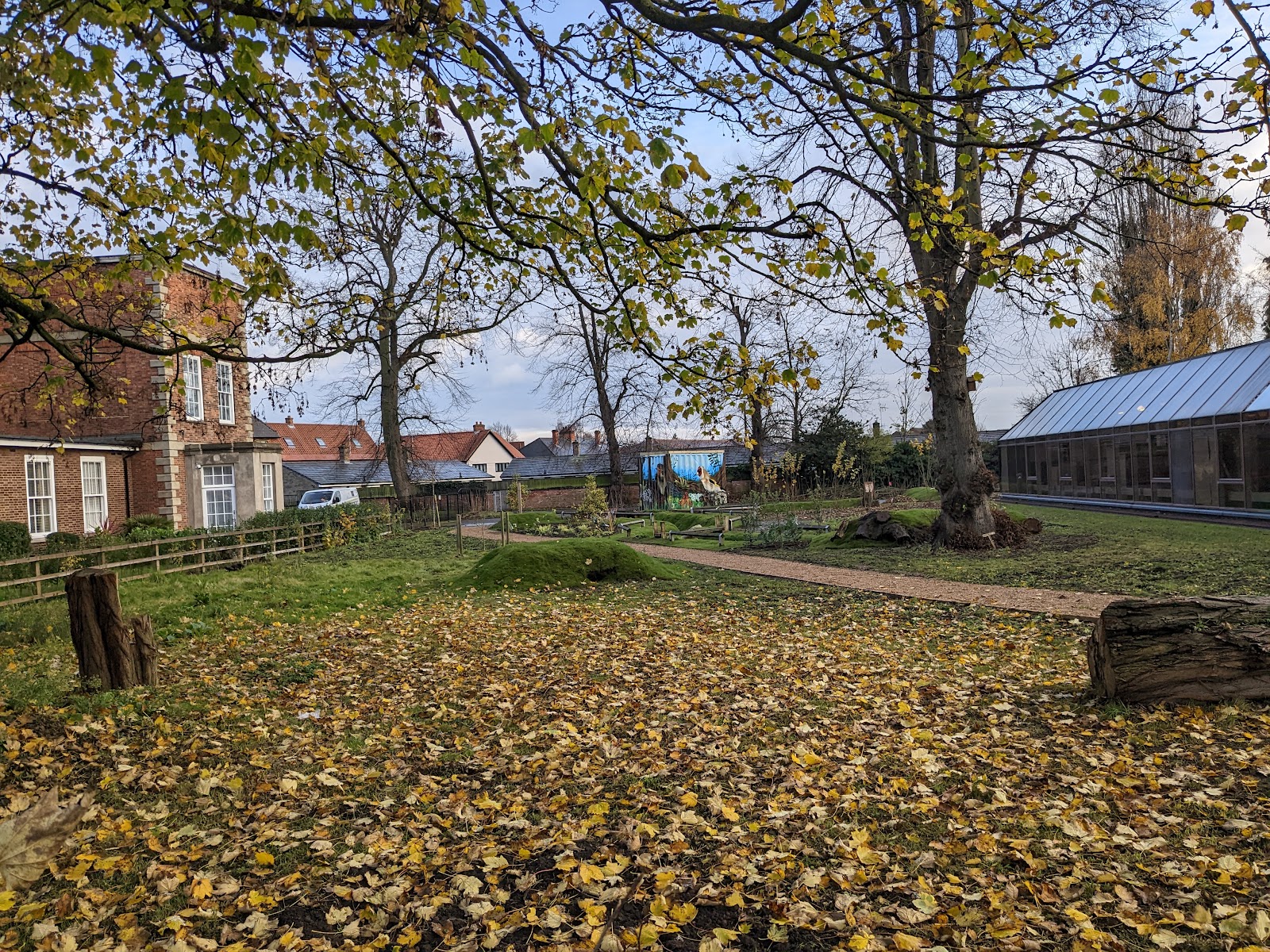 I keep inheriting little notebooks and felt tip pens in various places, and so when I get the chance it is fun to do a little sketching here and there.

My latest ones were done with no visual reference, and golly gee it shows! I couldn't remember how the stripes on a red admiral went, what actual colour a tawny mining bee was, and didn't have a purple pen to "illustrate" a buddleia.

Still, I kind of like the results, and feel like I've upgraded my work to about seven year old levels, which is nice.

I also guess drawing them makes up for not actually seeing them, these dark cold months.

All text and images copyright CreamCrackeredNature 04.12.22 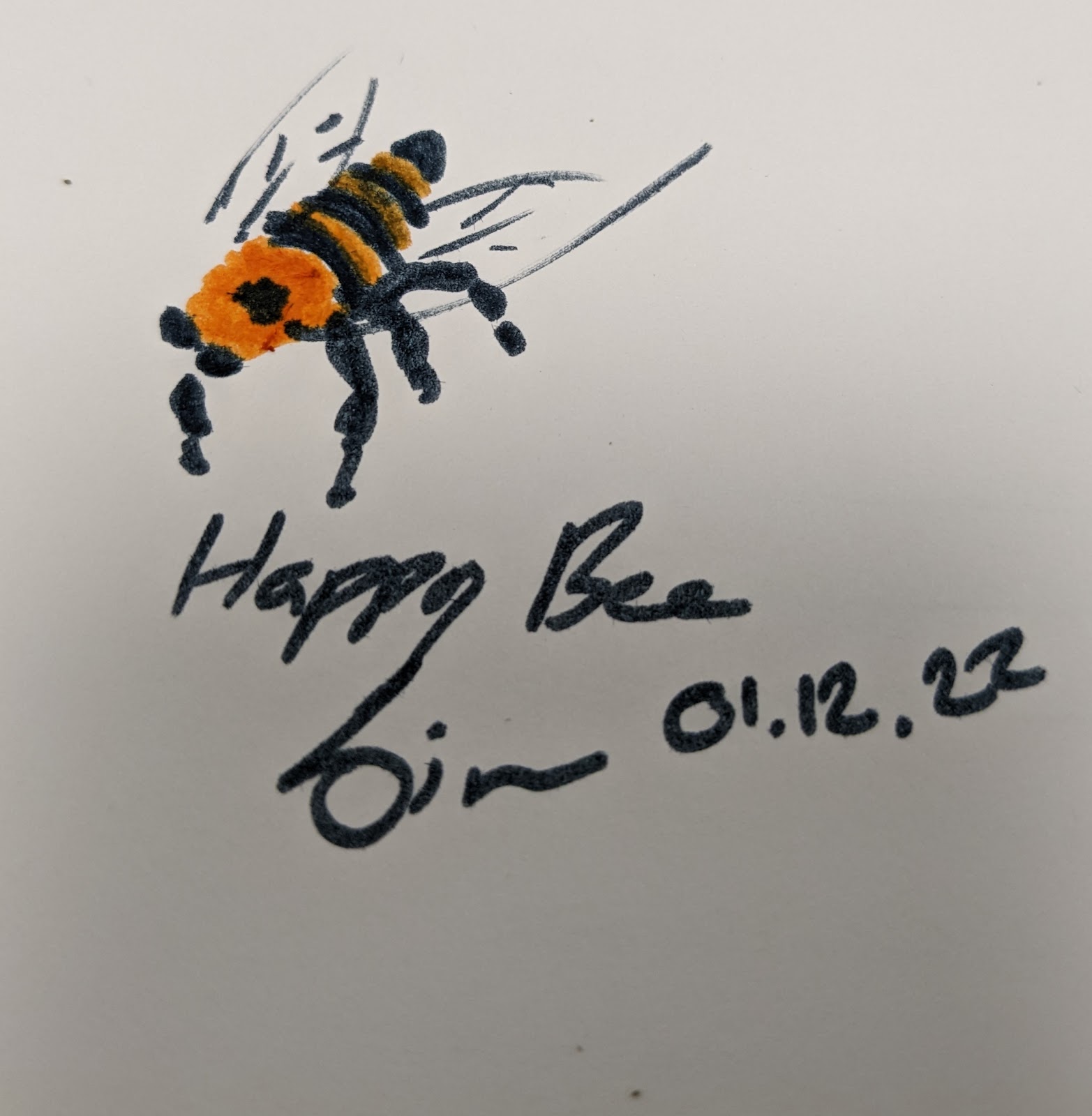 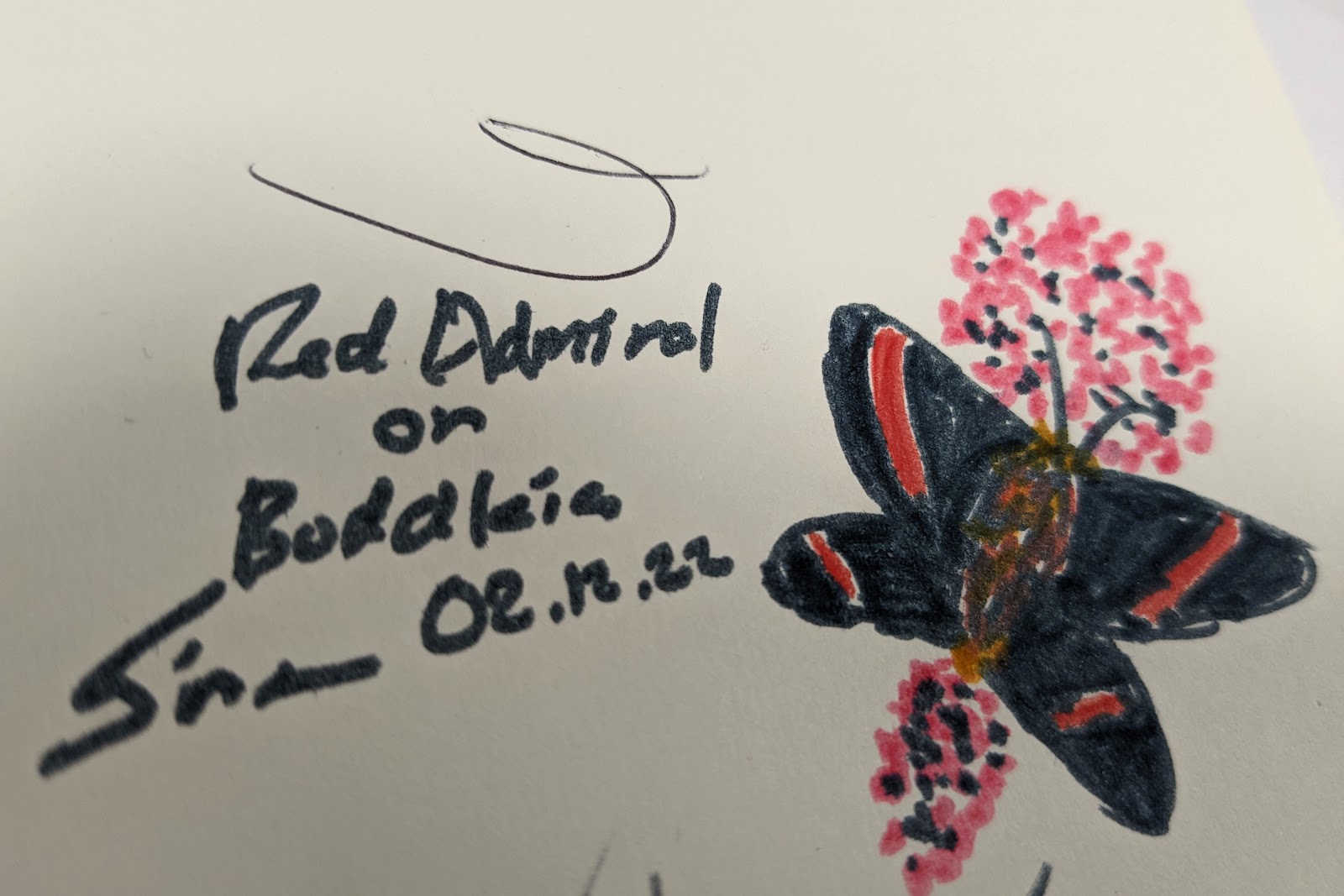 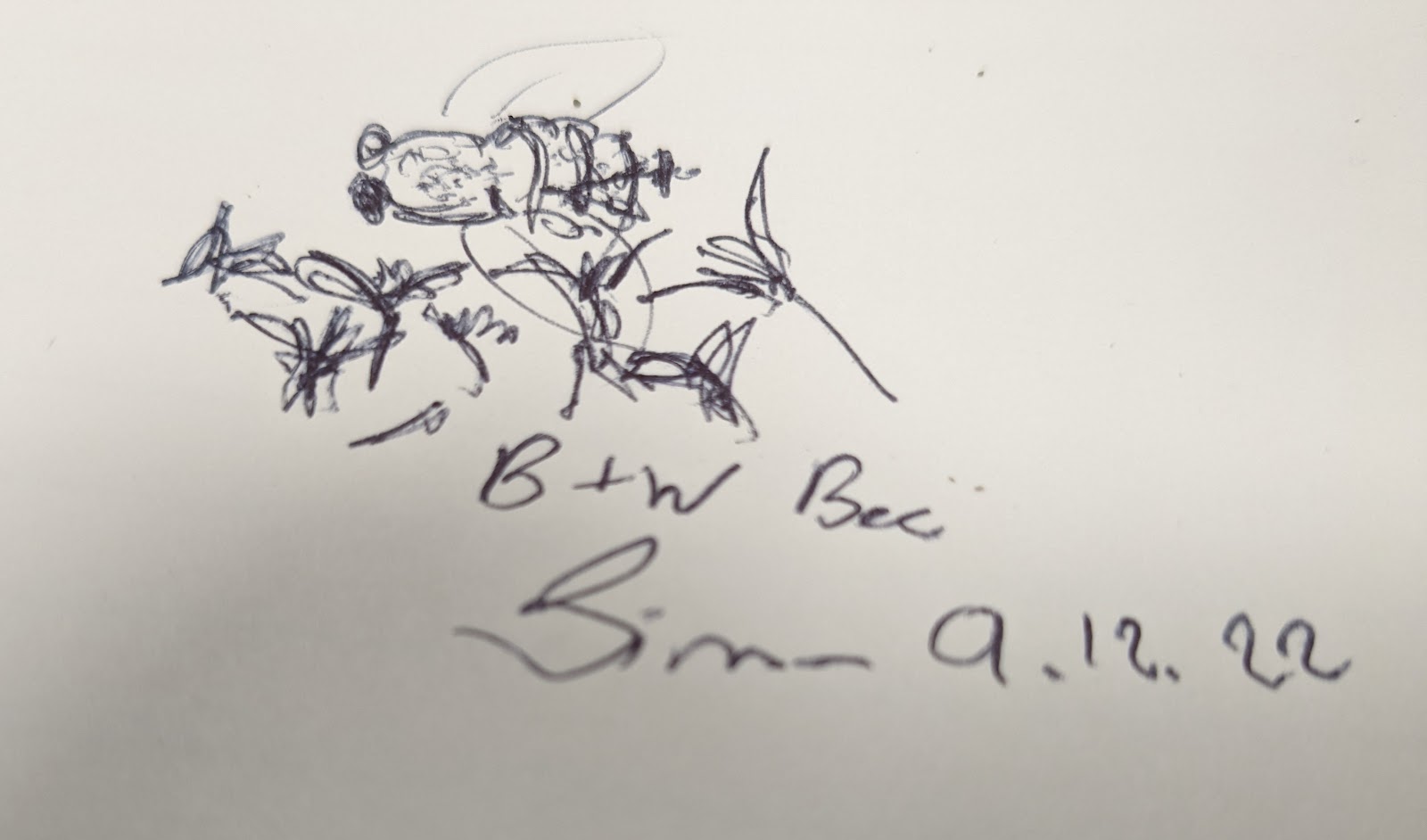