Life in my Dandelions

Having a chuckle about what has happened in the football, and the fans chanting "We're out of Europe!" before the match.

Really wasn't wise. was it chaps?

Today was a running day, 10km out and about through the poppy field - over much sooner than last year alas - and across to Hawton village. Lots of small tortoiseshells in the Grange Road fields, all of them sparling fresh out of the packet.

But oddly enough, it was my garden where most of the life was today. A new crop of dandelions has flowered, and this morning as I left the house to go for tea at the park, and the insects were very interested!

There were these solitary bees, a species I don't recognise. 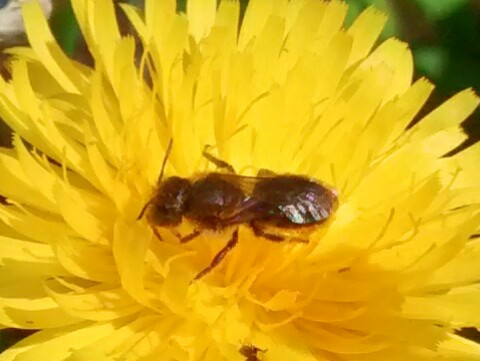 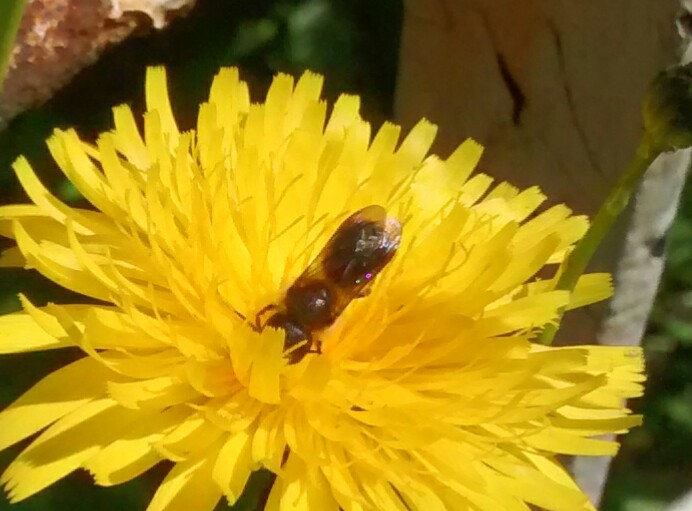 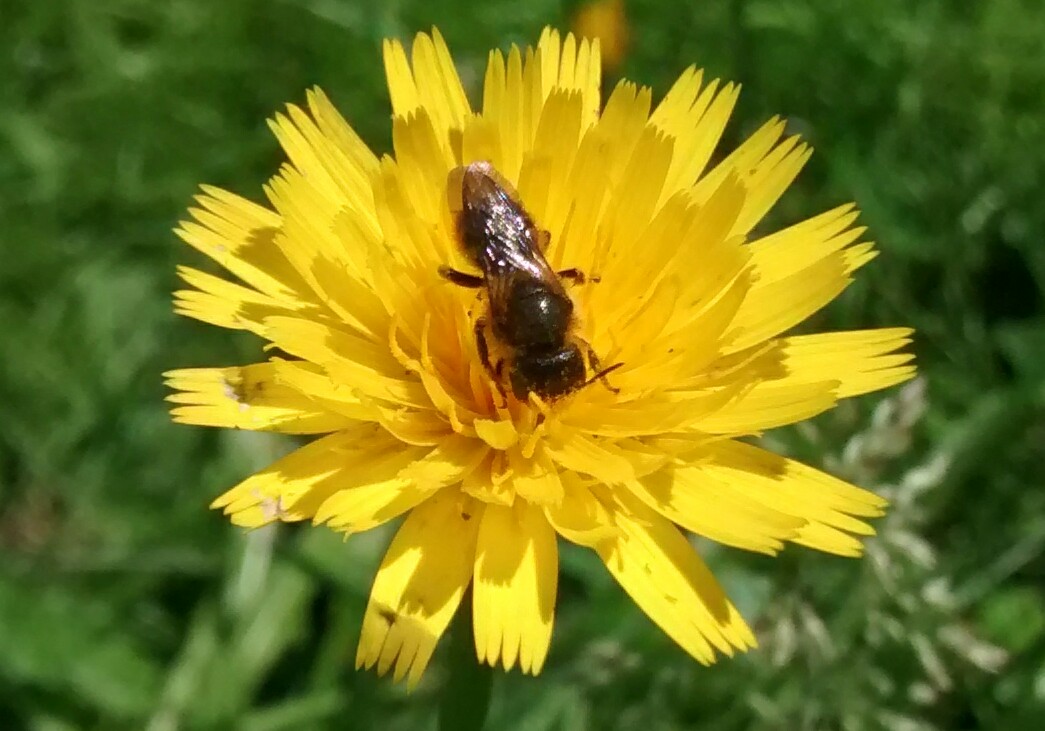 A hoverfly was also enjoying a feed off these flowers, which in close up are reminiscent of the surface of the sun. 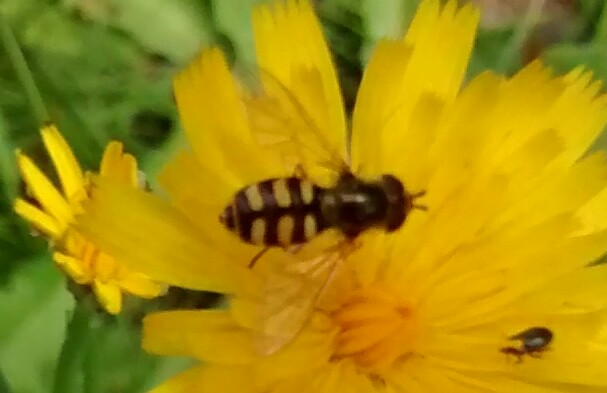 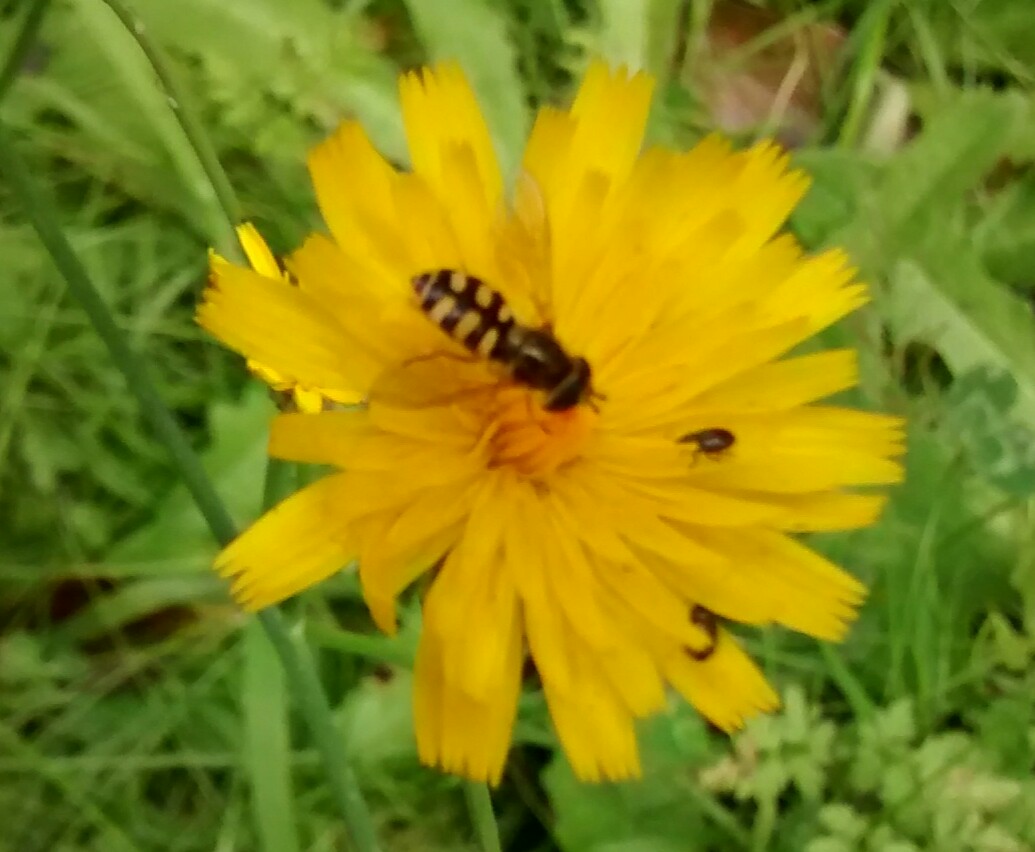 And finally, loitering on the ground feeding off the clover, was a queen tree bumblebee - perhaps from the nest in my flat - slowly making her way from flower to flower. This was a bee of considerable size. 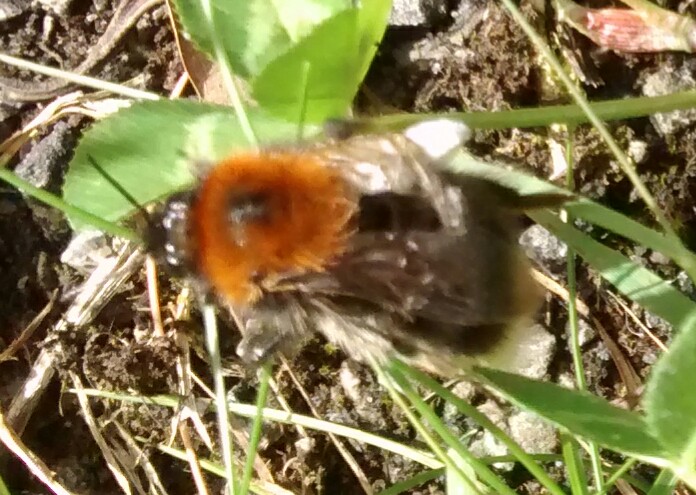 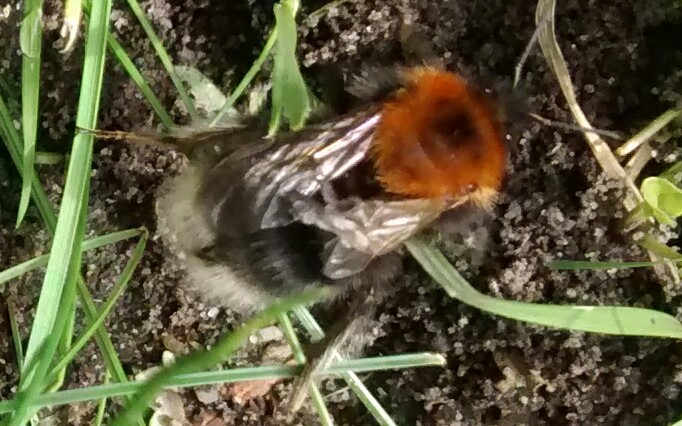 Now, I go back on shift, to communicate of bad backs and bicycles.

All text and images copyright CreamCrackeredNature 27.06.16
Posted by Simon Douglas Thompson at 15:27