From Creative Studio at Work

Day 6 of my new role at work, and I've been engaging in a bit of design work.

Don't get me wrong. I can't design anything. I can't draw. I can't paint. But, I found myself needing to do a bit of design work today, as opposed to the wordsmithery that is normally expected out of me, and so I began working on what I remember in my University days where called "Creative Executions".

Posters, in other words.

As I went around my new office, scrounging highlighter pens, magic markers and other stationary and giving a moderate display of Tourettisms to the unitiated - Latvians aren't going to know what my constant bowling of imaginary cricket balls signifies - I set to work scrawling, and had a chuckle as I remembered that I'd finally found myself doing the same thing as my father had.

My father could genuinely draw, and worked in advertising for many years until he realised it was a young mans game. Very occasionally as a very small boy, I would meet him as his work day ended at his agency, and I would be given these to play with. 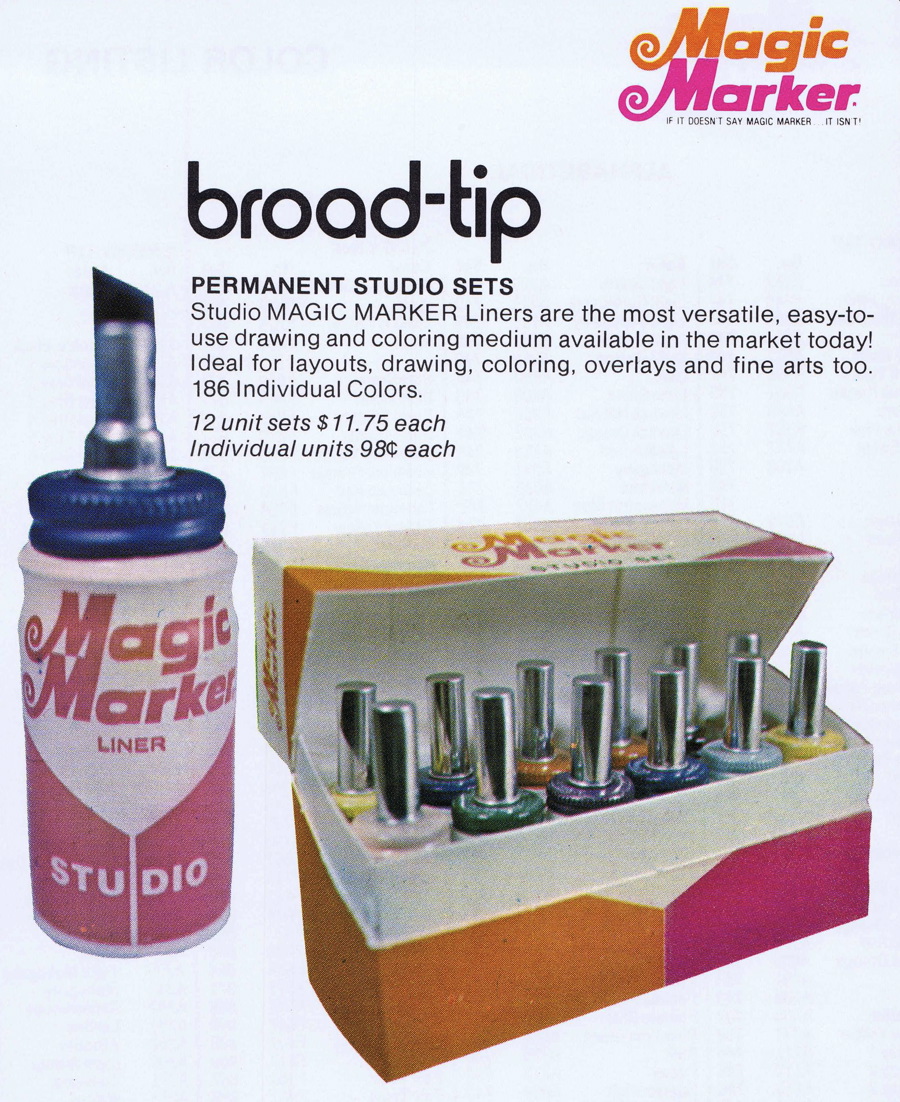 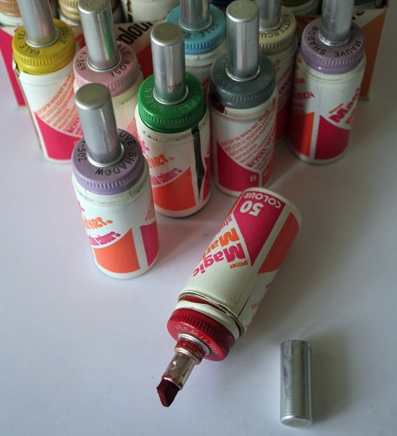 They smelled like Russian petrol and were as toxic as a dip in a Chernobyl stream . They dried up if you left the top off for more than 12 seconds. But they were so vivid, the colour just poured out of them, onto the paper and whatever was beneath it, on to your hands, and thence to your face and mouth.

But they were pure art, for proper artists. They are also a design classic.

All text and images copyright CreamCrackeredNature 22.06.16