Cannons on the Park!

I knew this event was taking place yesterday, and had gotten my bee hunting run out of the way in order to make my way down to the park.

To watch a Civil War Battle.

The weather was dire, but the sound of gunfire as I left my flat indicated that the event was underway. It was loud a mile away, so heaven knew what it would be like when I got there. I'm not very good with loud noises.

As it turned out, the next salvo happened just as I cycled into the park grounds, and the concussion was such that I nearly rode my bike into the side of the now very appropriately named Rumbles Cafe. The weather was poor, so the turnout was low, but the Sealed Knot re-enactors, with their commentator, were still giving it everything with their pikes, muskets and earth shaking artillery. Apparently a historical skirmish, "The Battle of Muskham Bridge" was taking place, although I'm not sure there would have been quite so many caravans involved back then.

The Royalists seemed to be a pretty nasty bunch, as a captured Scottish trooper was subjected to a firing squad. He survived this however, only to be caught when he tried to run away - presumably full of musket balls - and then giving a good kicking before being run through with a sword.

It was a hard and short life being a soldier back then. Imagine collecting a cannon ball in the midriff! Luckily the commanders must have realised this, and decided that having groups of men waving large sticks at each other was fairer.

Frankly I could do with a 16 foot pike when I go into town on Saturday nights.

All text and images copyright CreamCrackeredNature 13.06.16 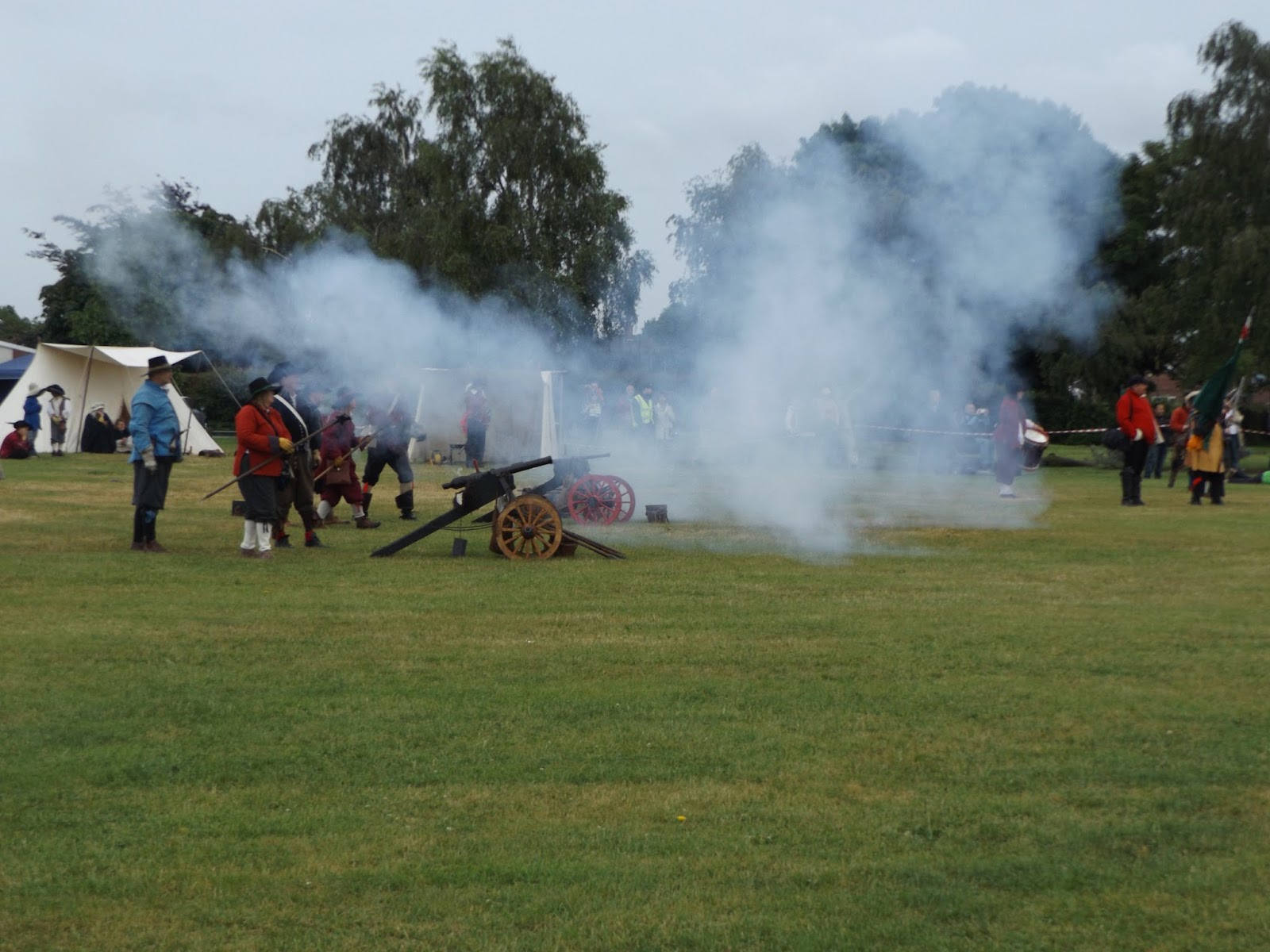 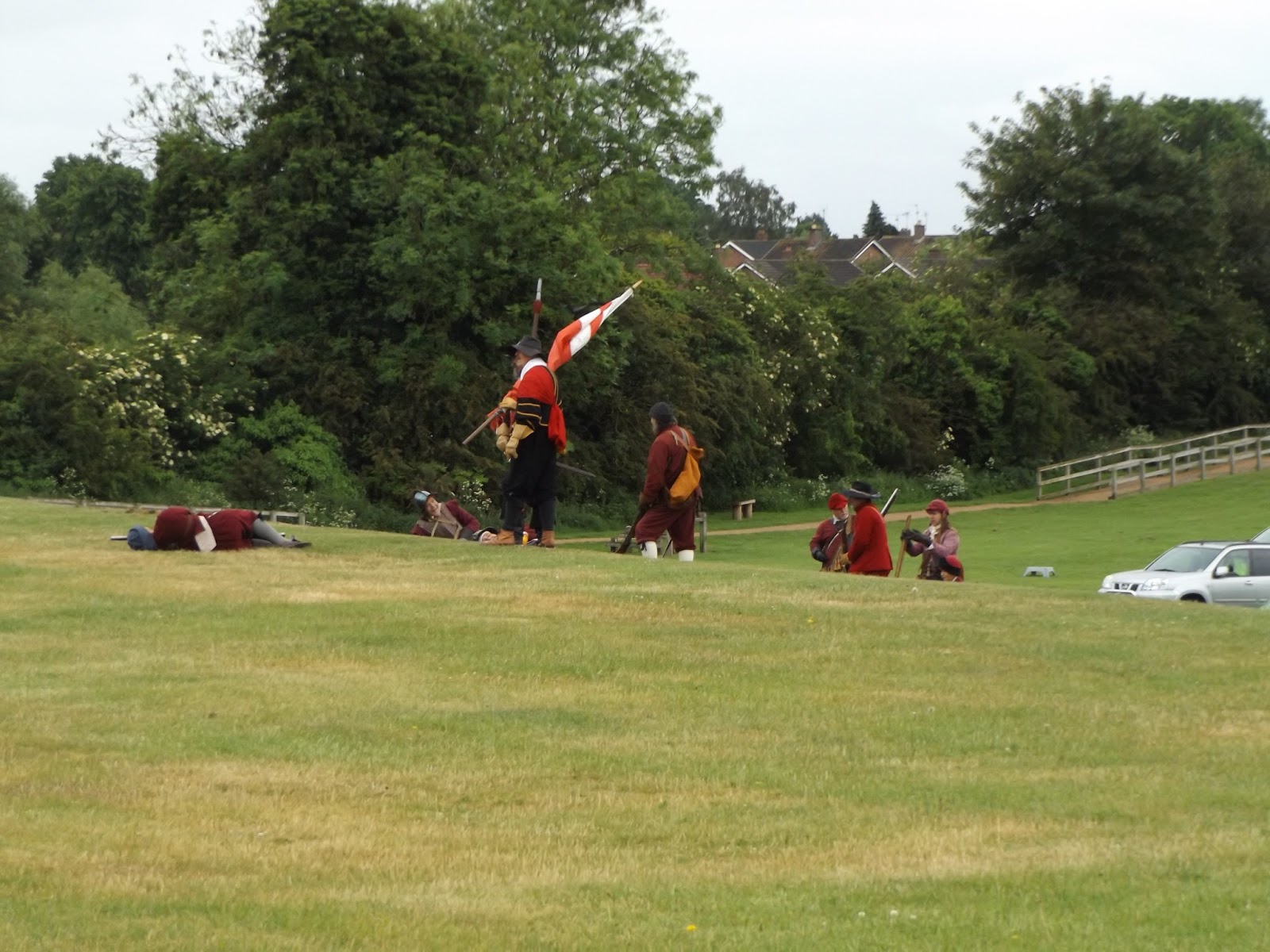 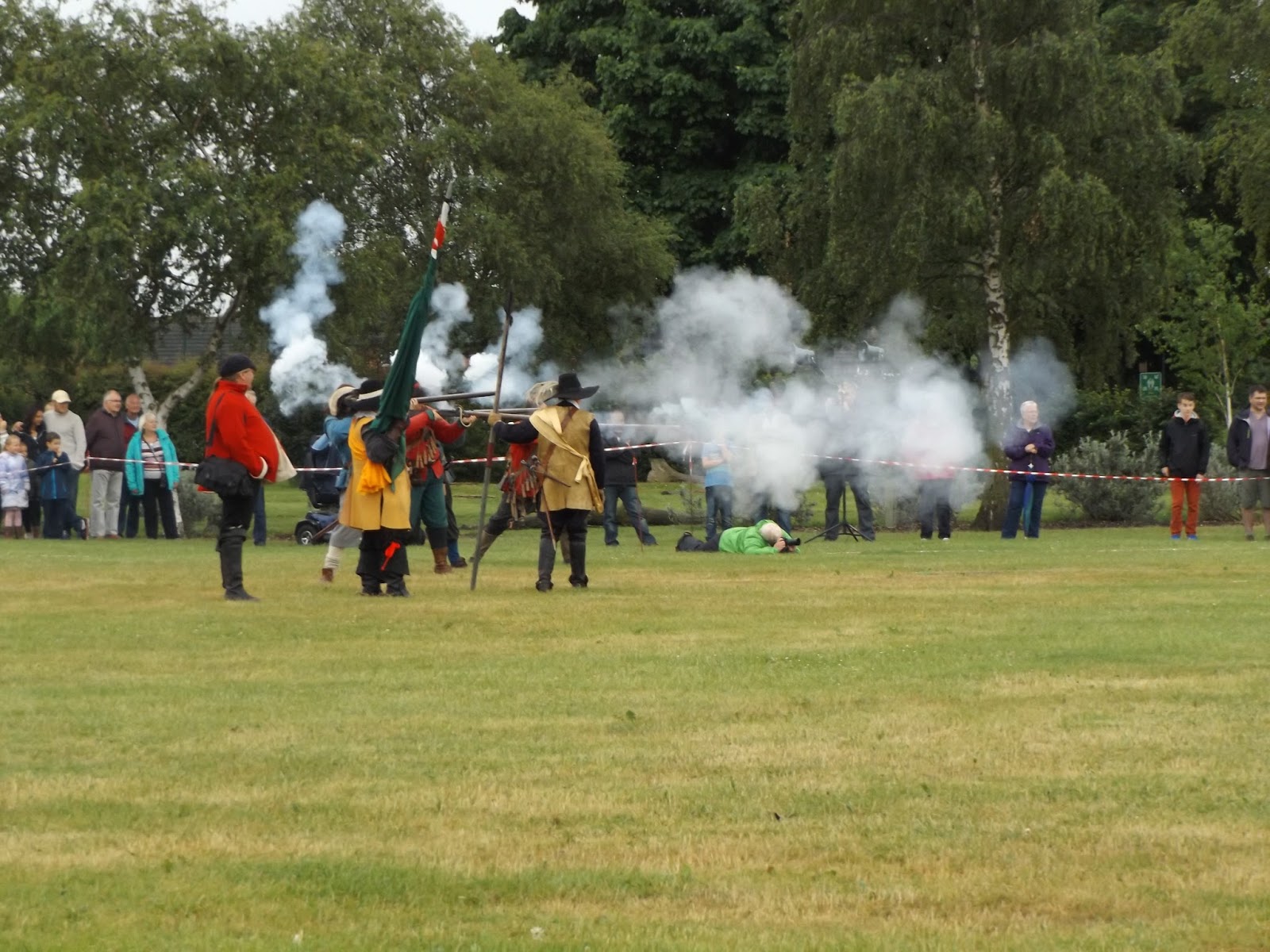 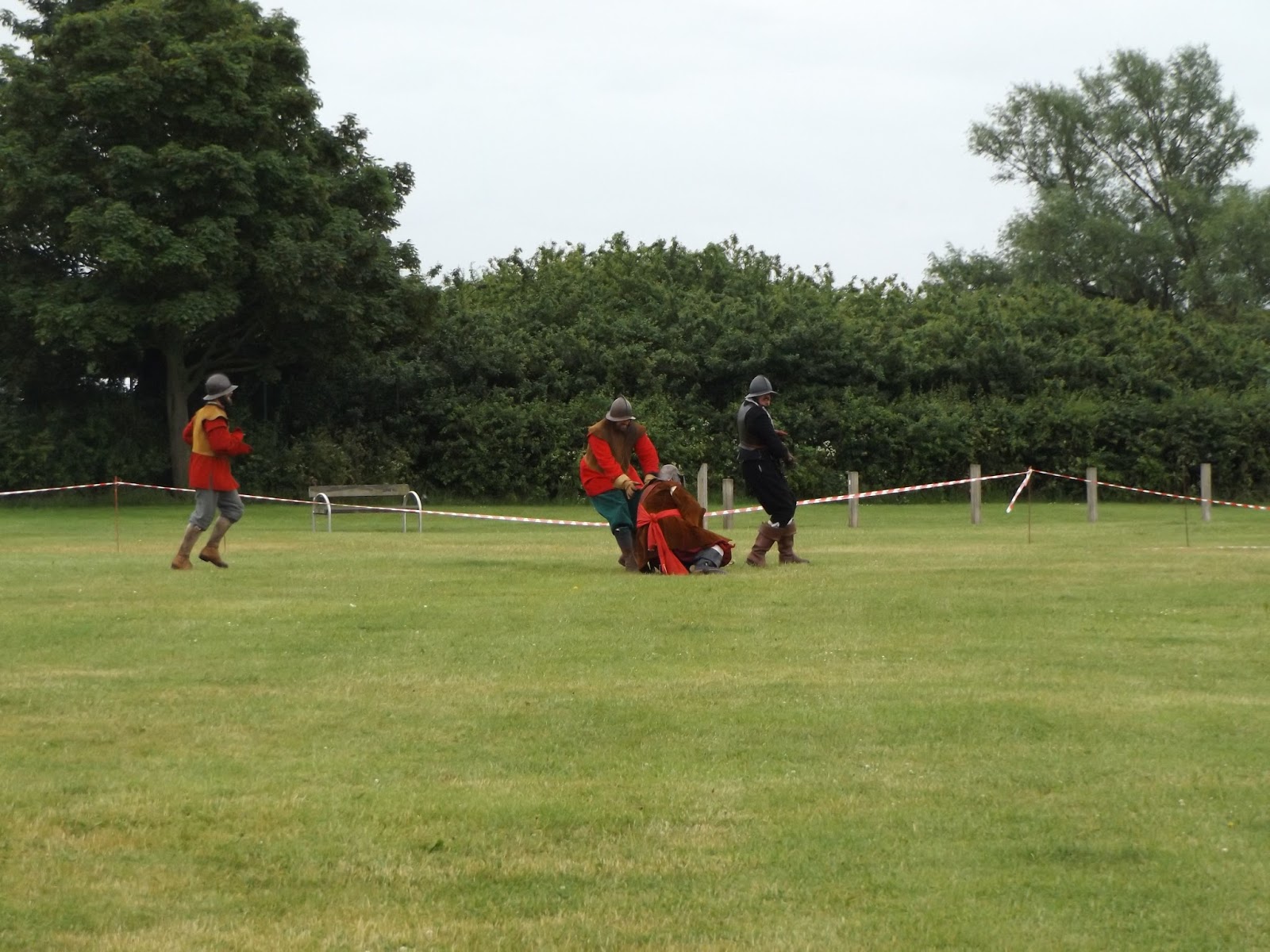 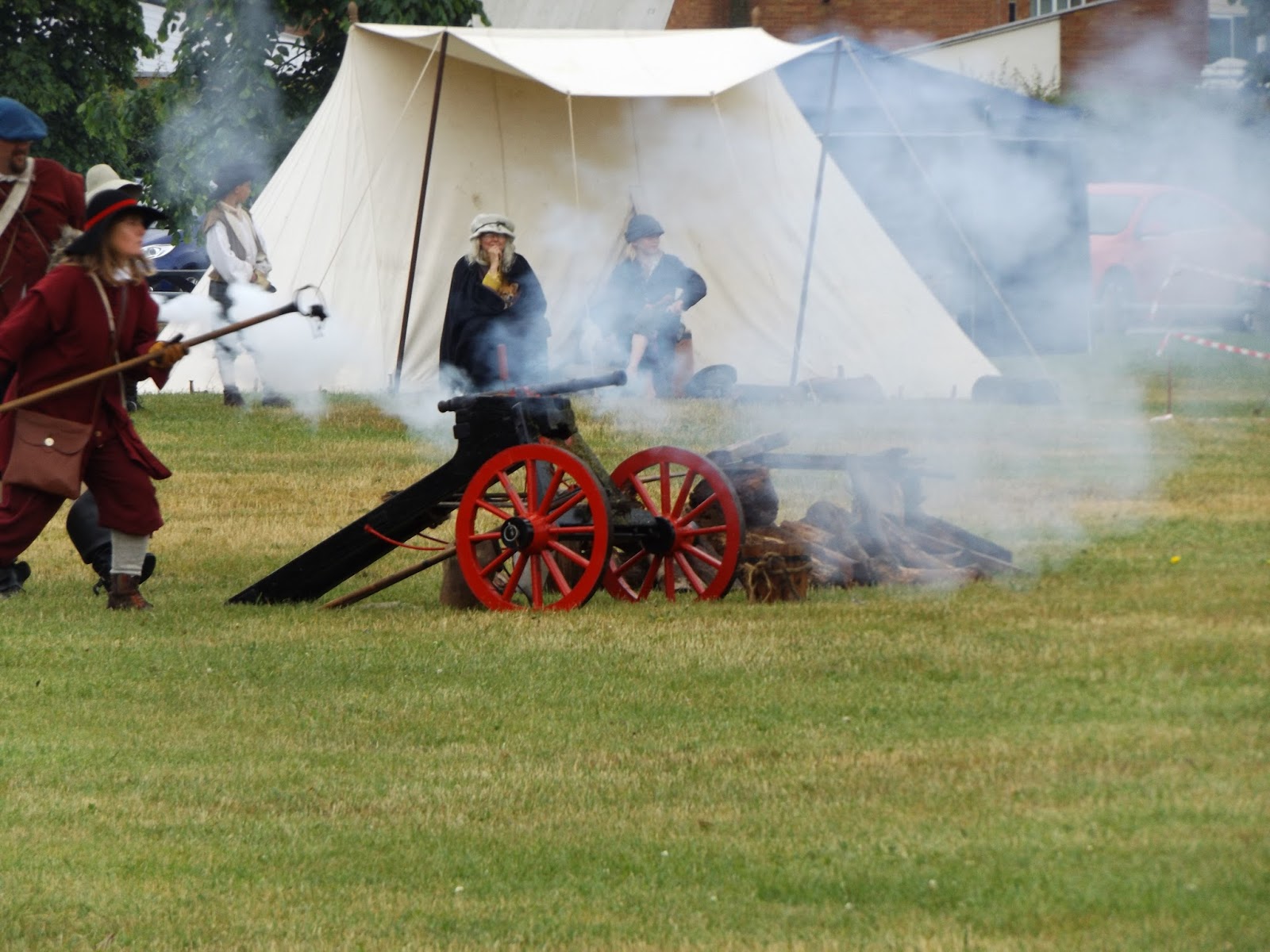 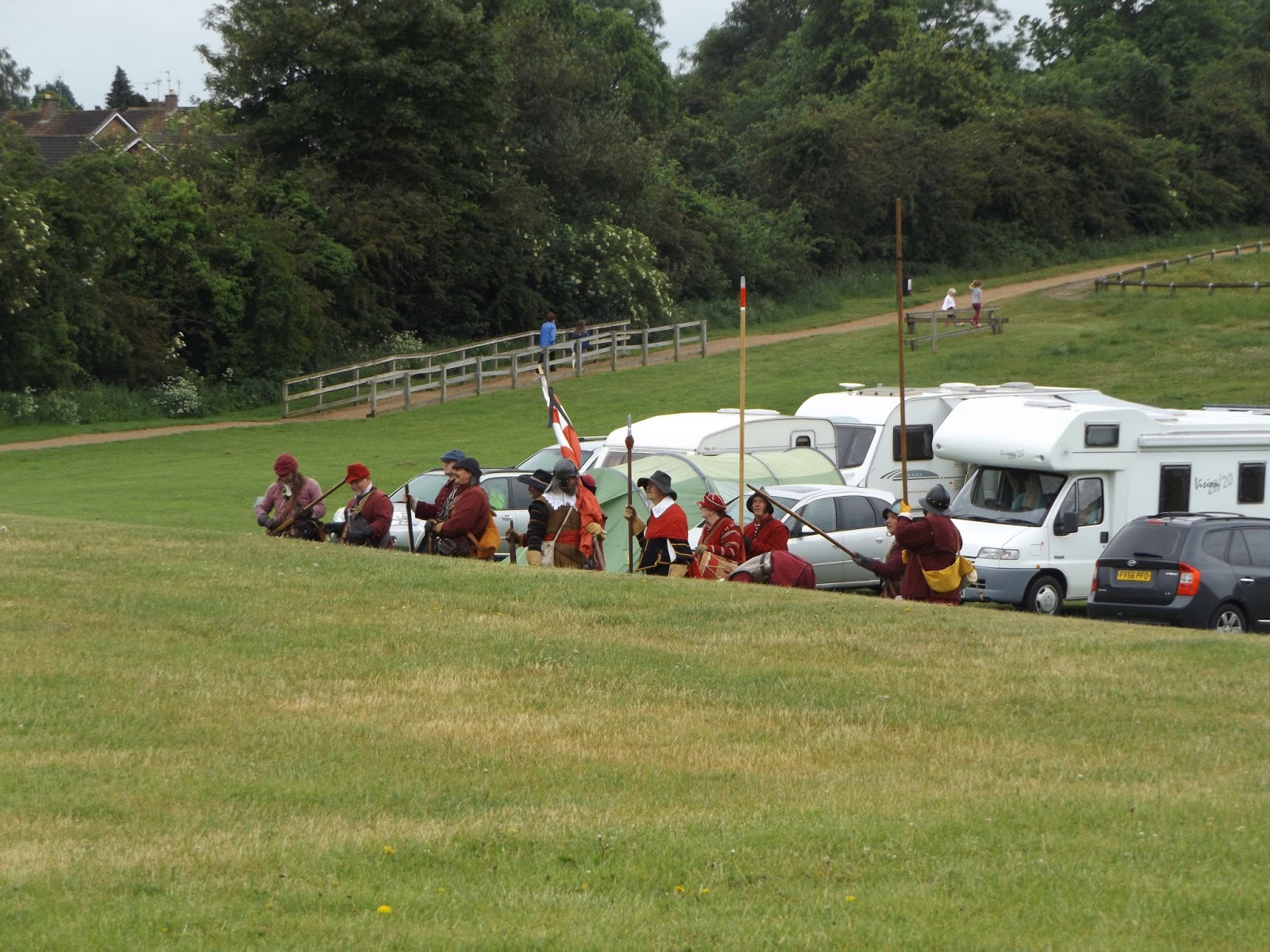 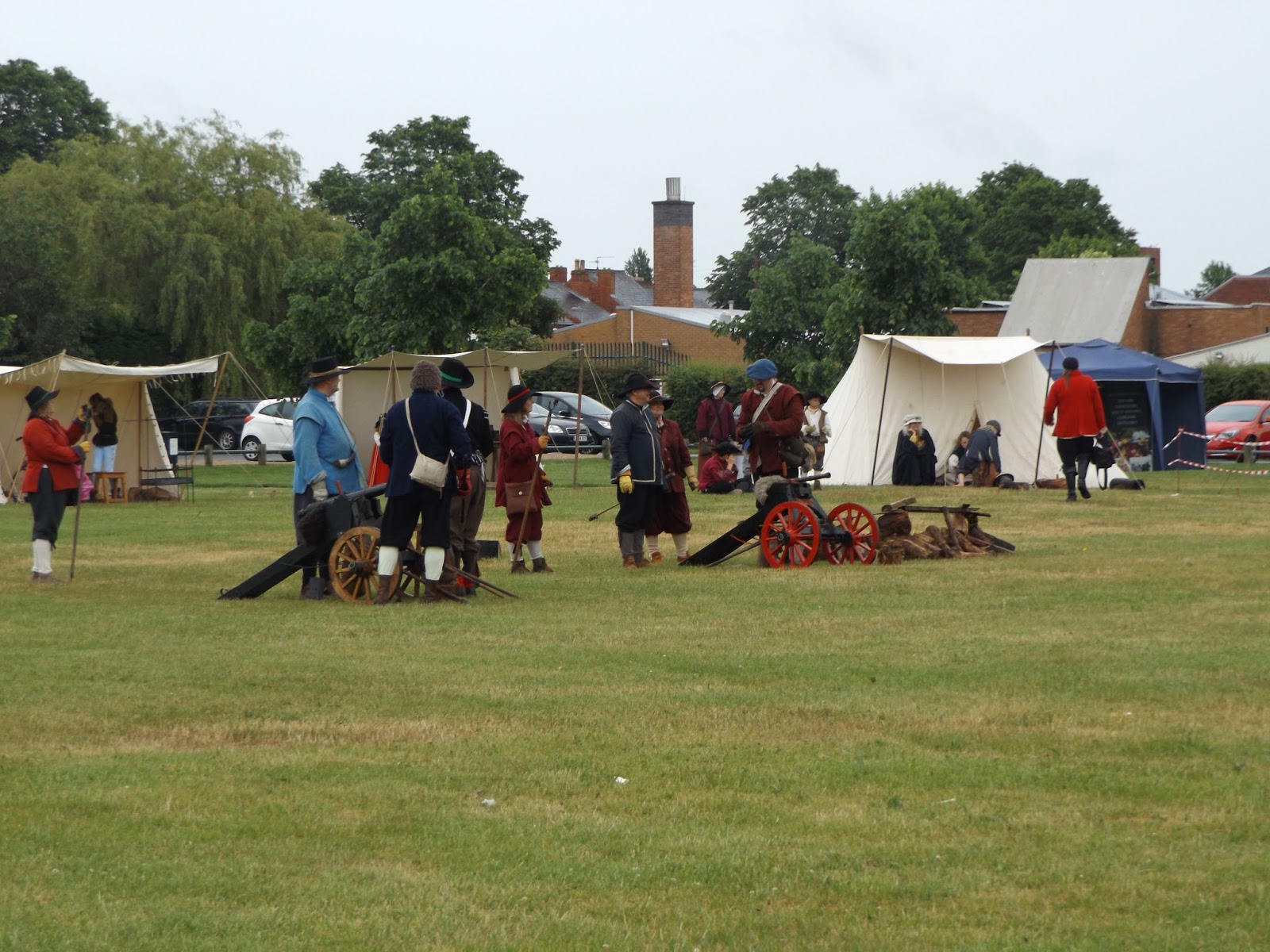 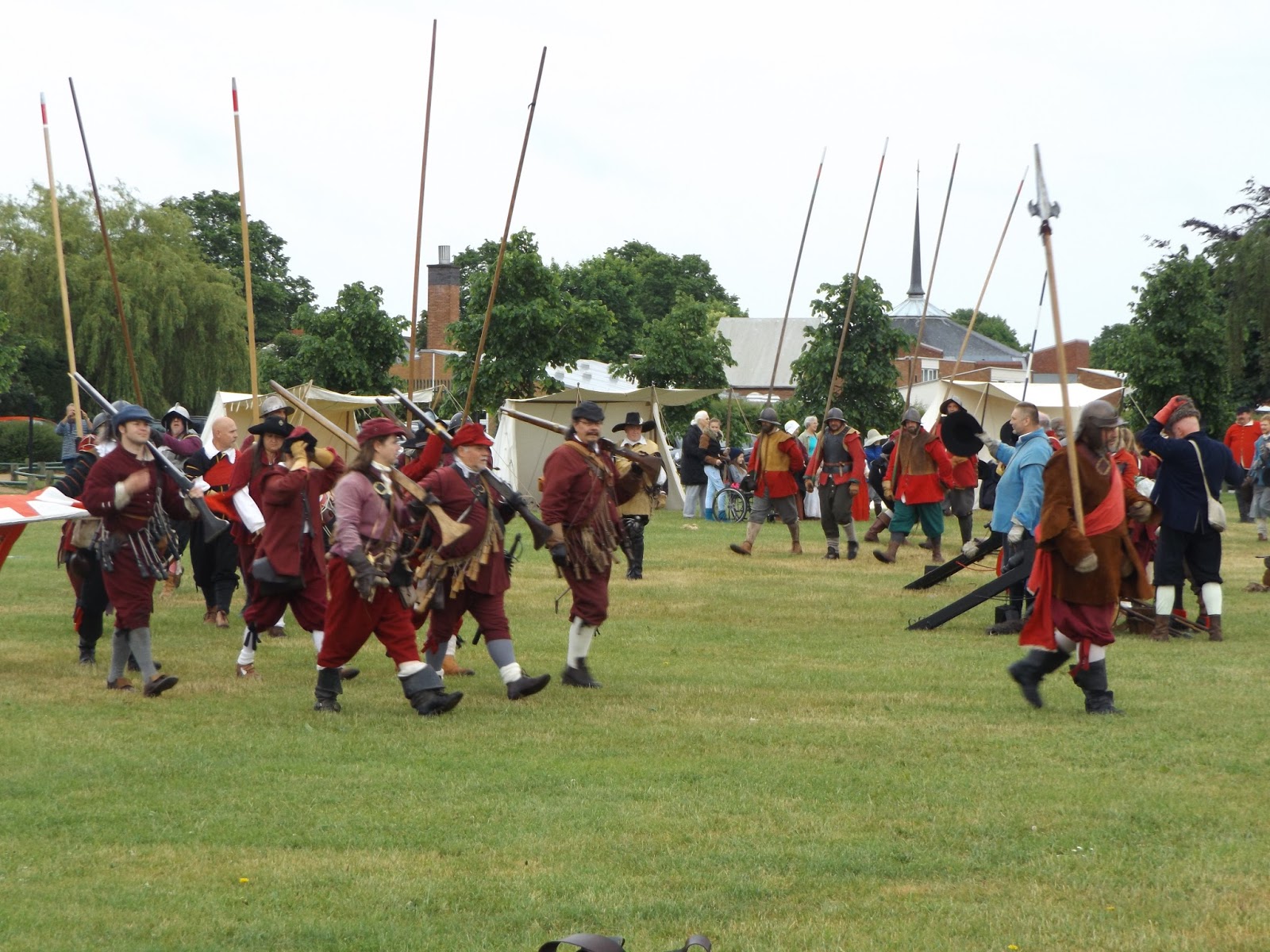 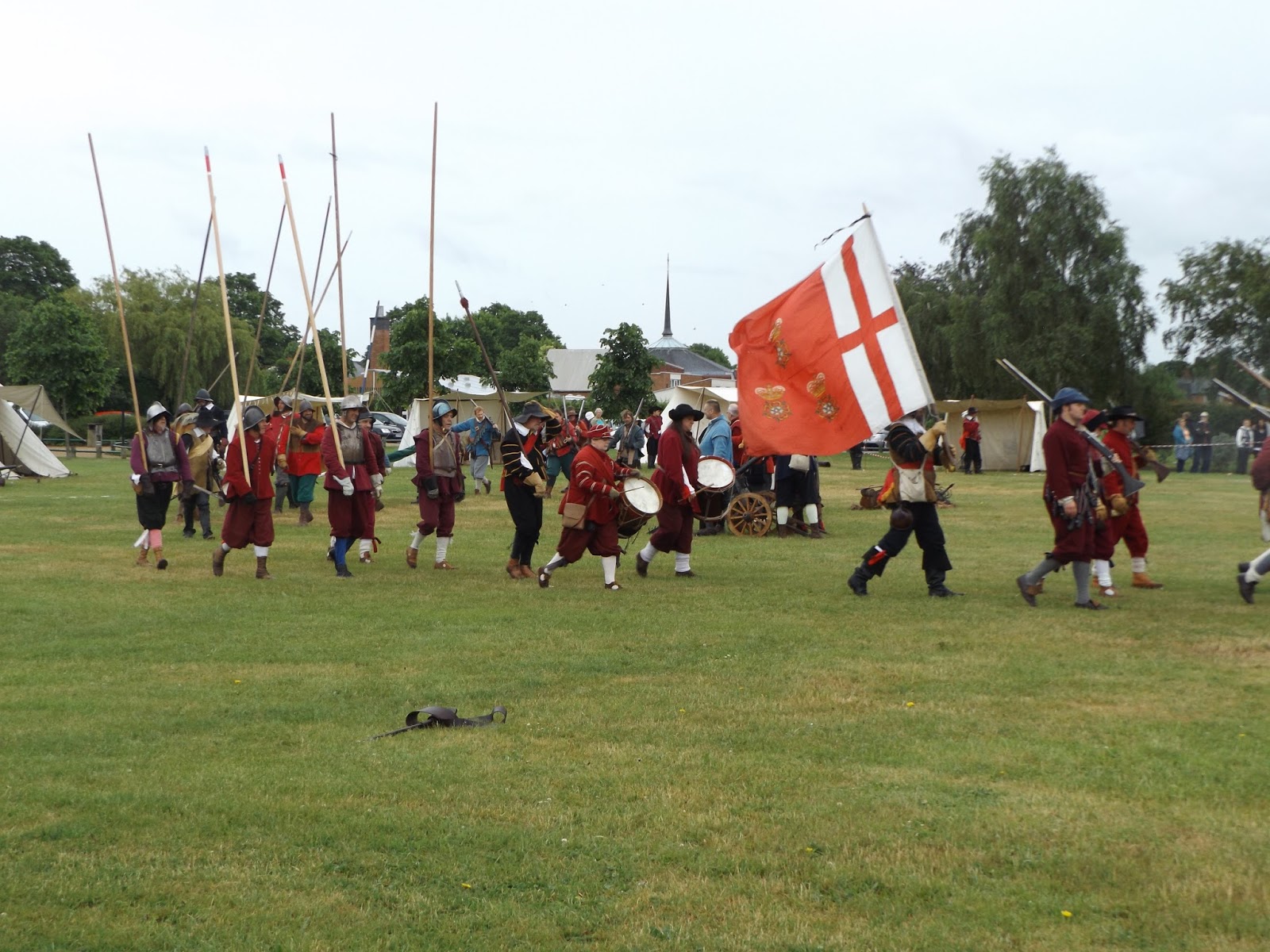 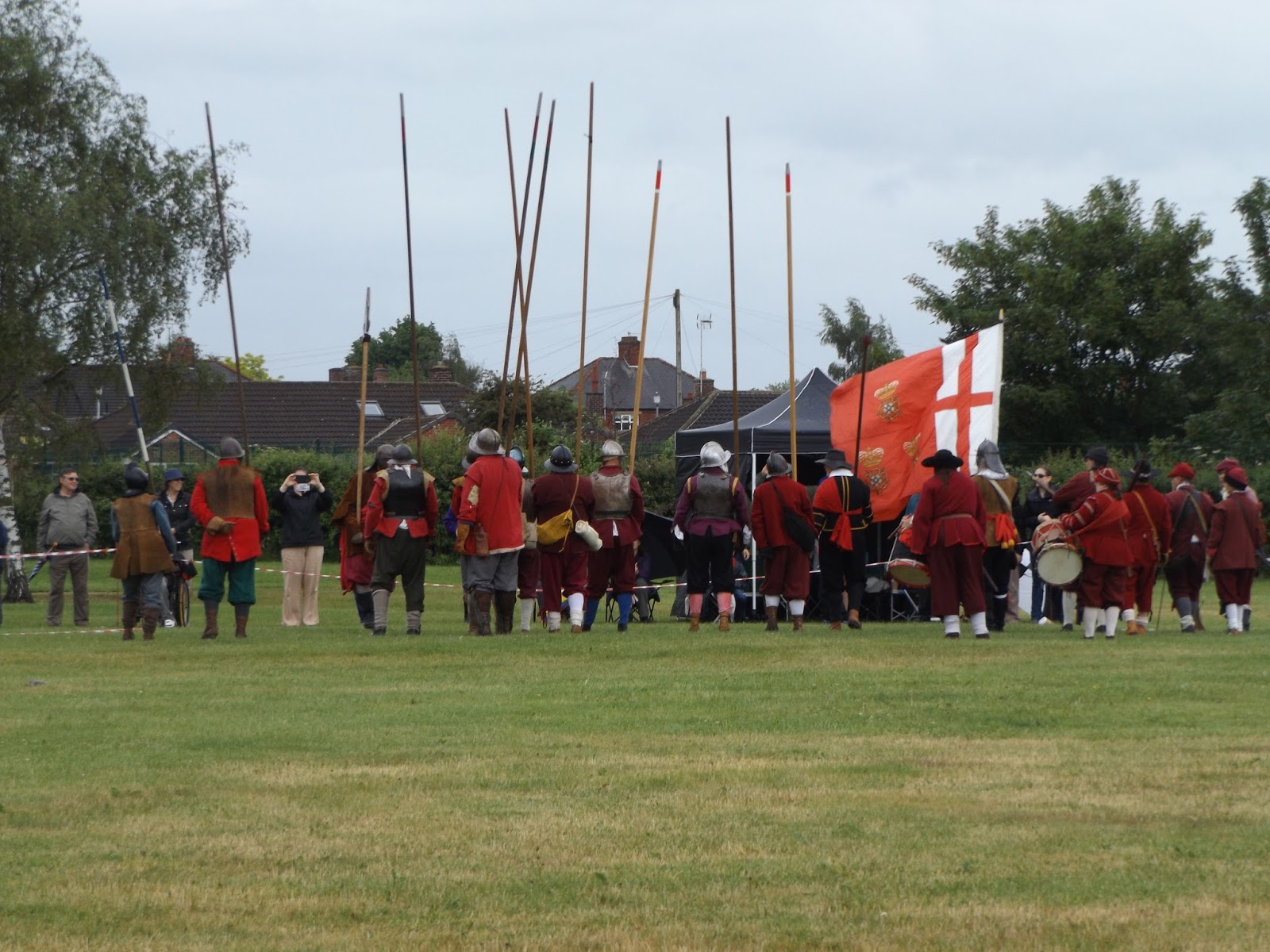