Back from the Sick

Aploogies for the absence, but literally while on my bicycle ride to work on Friday I started to feel very ill, and in the end was sent home with some form of norovirus or other bug.

Heaven only knows how I managed the ride home, but I did, then had a really nasty day feeling terrible and my body doing terrible things. Luckily, it was only a 24 and a bit hour virus, and I was able to go into town for supplies by Saturday afternoon, but I was very annoyed at missing a game of cricket on Saturday.

Luckily I was able to masquerade as a father for the "Lads versus Dads" match the next day, which was a lot of fun, and today, I found myself doing a reconaissance of the route I've worked out for a charity cycle ride I'm arranging with work.

To be honest, I didn't feel up to it at all, but I needed to get it sorted out before the event.

So, I found myself out and about on a lovely day, making my way through the cricketing villages of South Notts - Car Colston, Flintham, Syerston etc - with all their churches, and village greens grazed by animals, and wildflower meadows.

The most bizarre sights, however, were at Screveton, a village I've never seen in my life, where cycling towards FLintham, I was suddenly confronted with a giant green statue of a woman doing something "farmy".

There seems to be a few of these in these fields, made of a substance akin to, butchers grass and a handy information board was in place to tell the visitor about them. 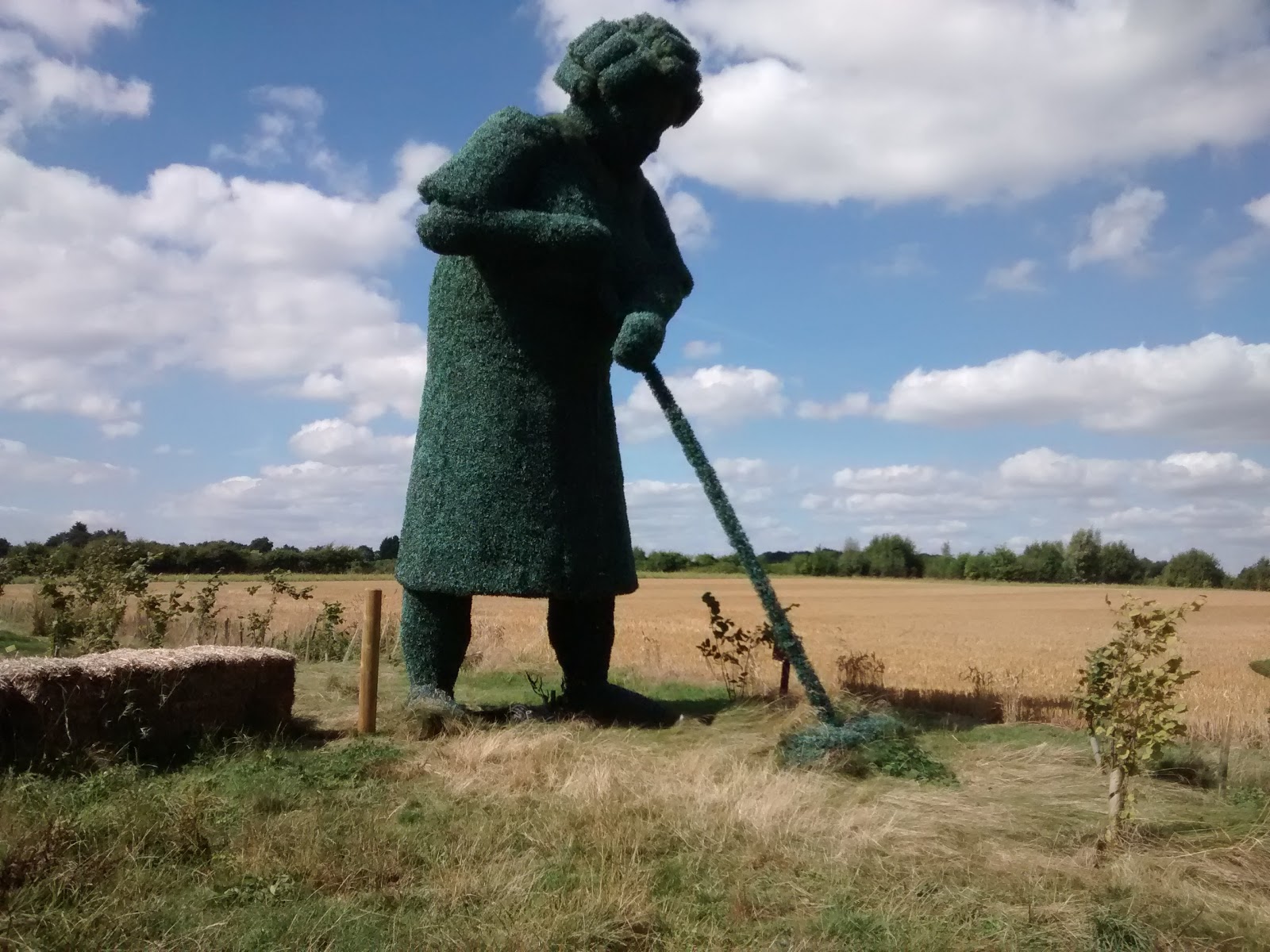 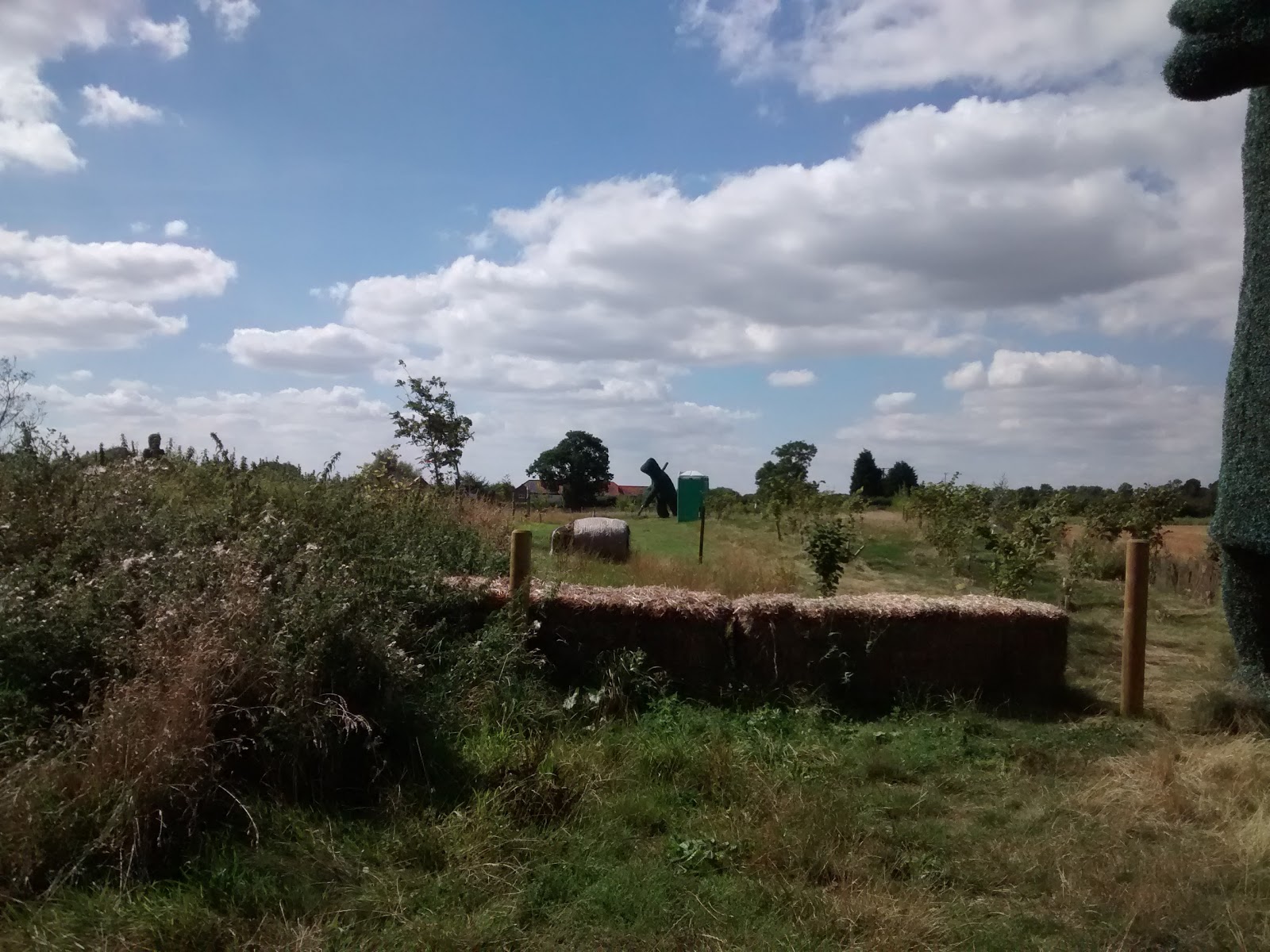 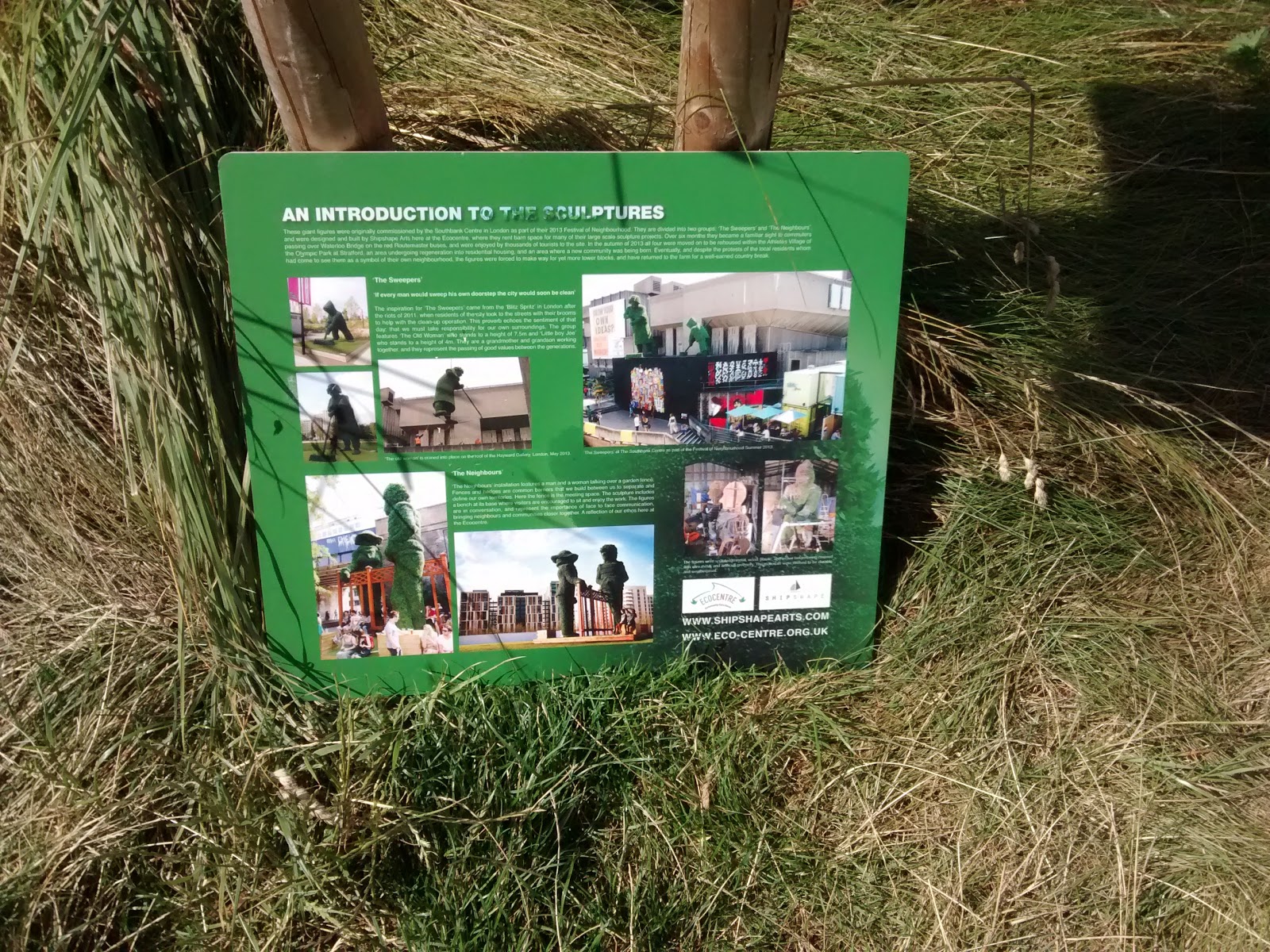 In virtually the same place, was a memorial for the crews of two aircraft that crashed into each other during World War 2. There were a lot of incidents around here, as a lot of airfields in the area were involved in training and heavy bomber conversions. This was one of the worst, however. 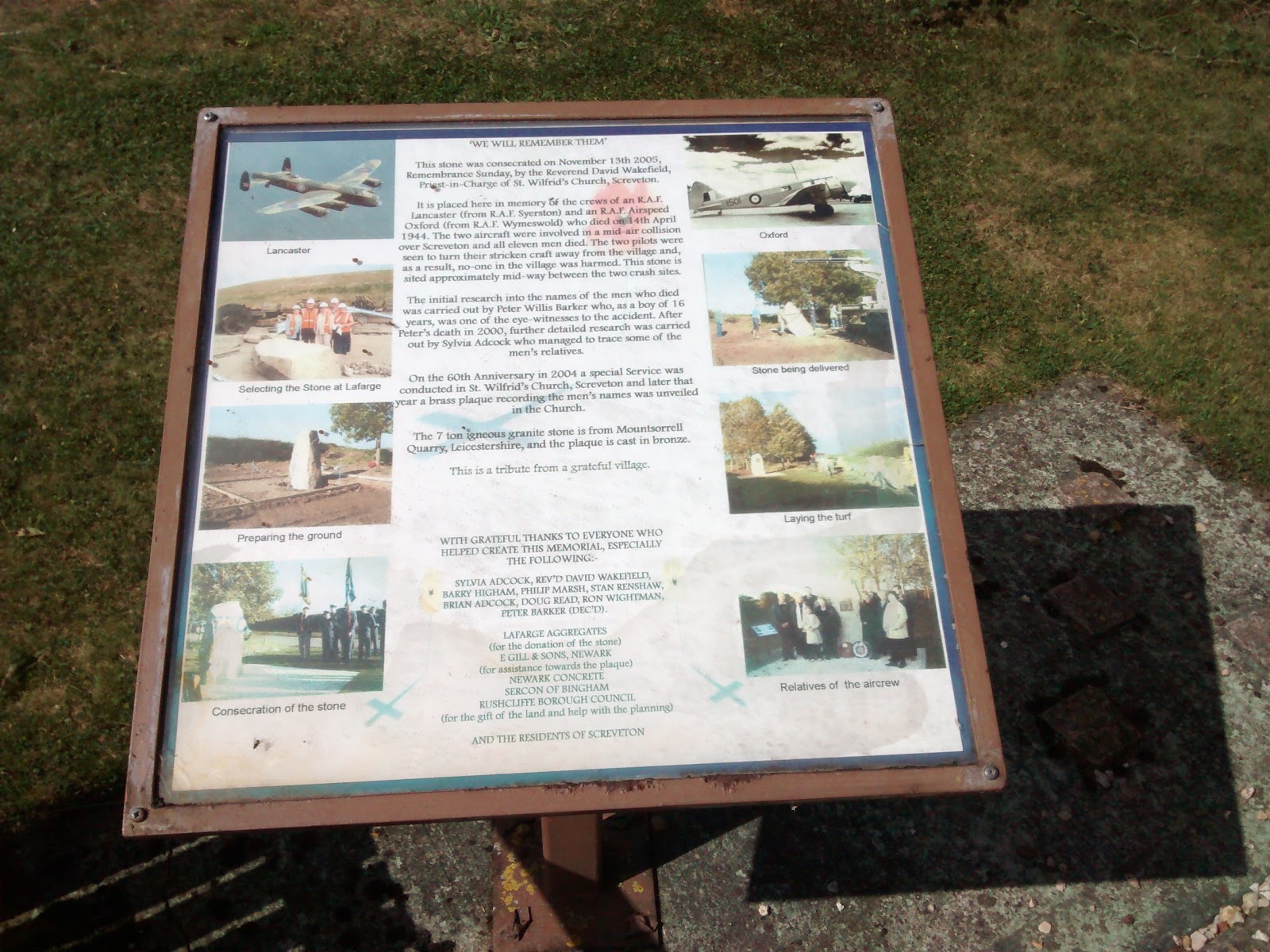 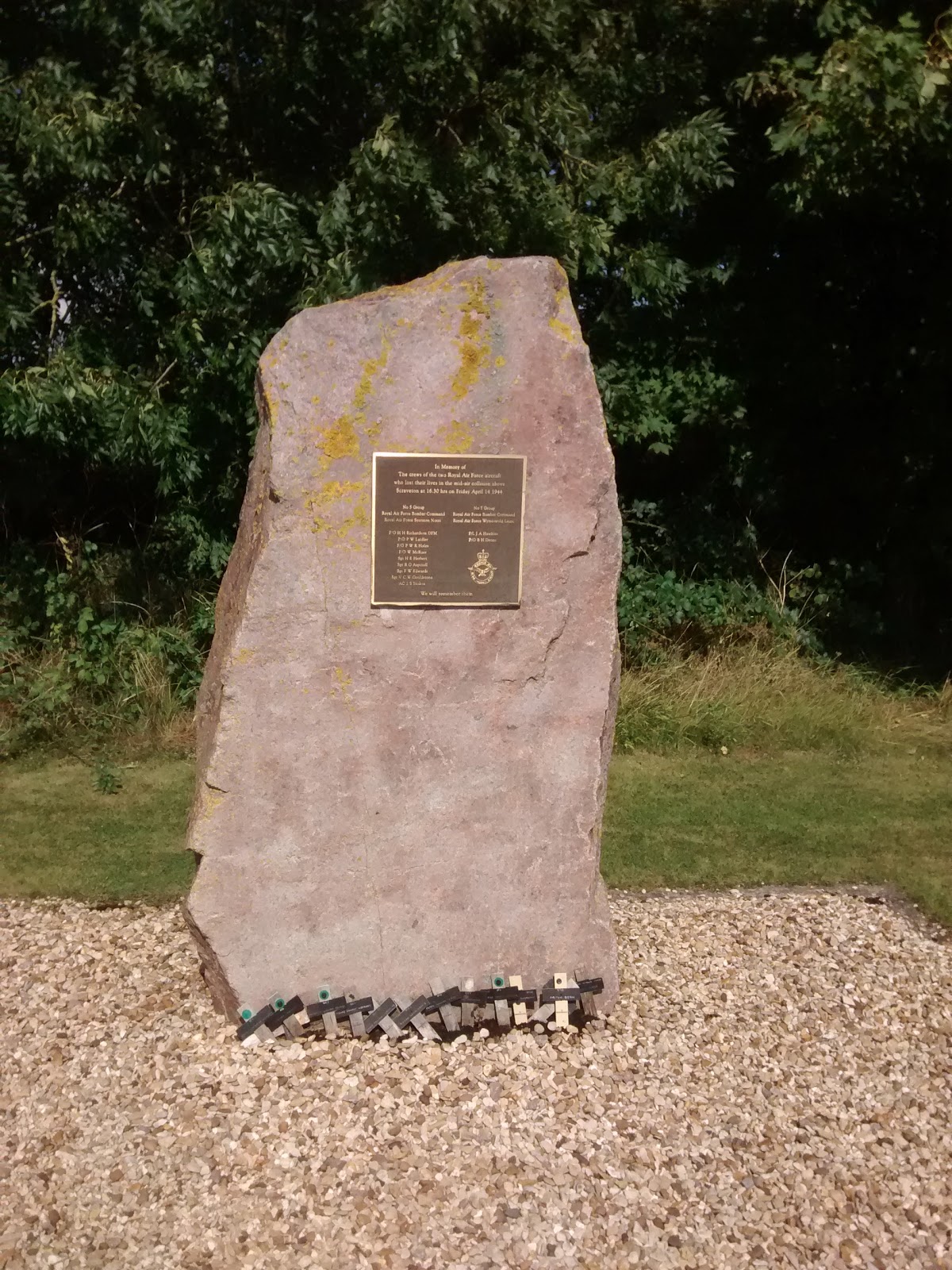 In the end, I did nearly 40km, and saw more village signposts than I ever have in my life. 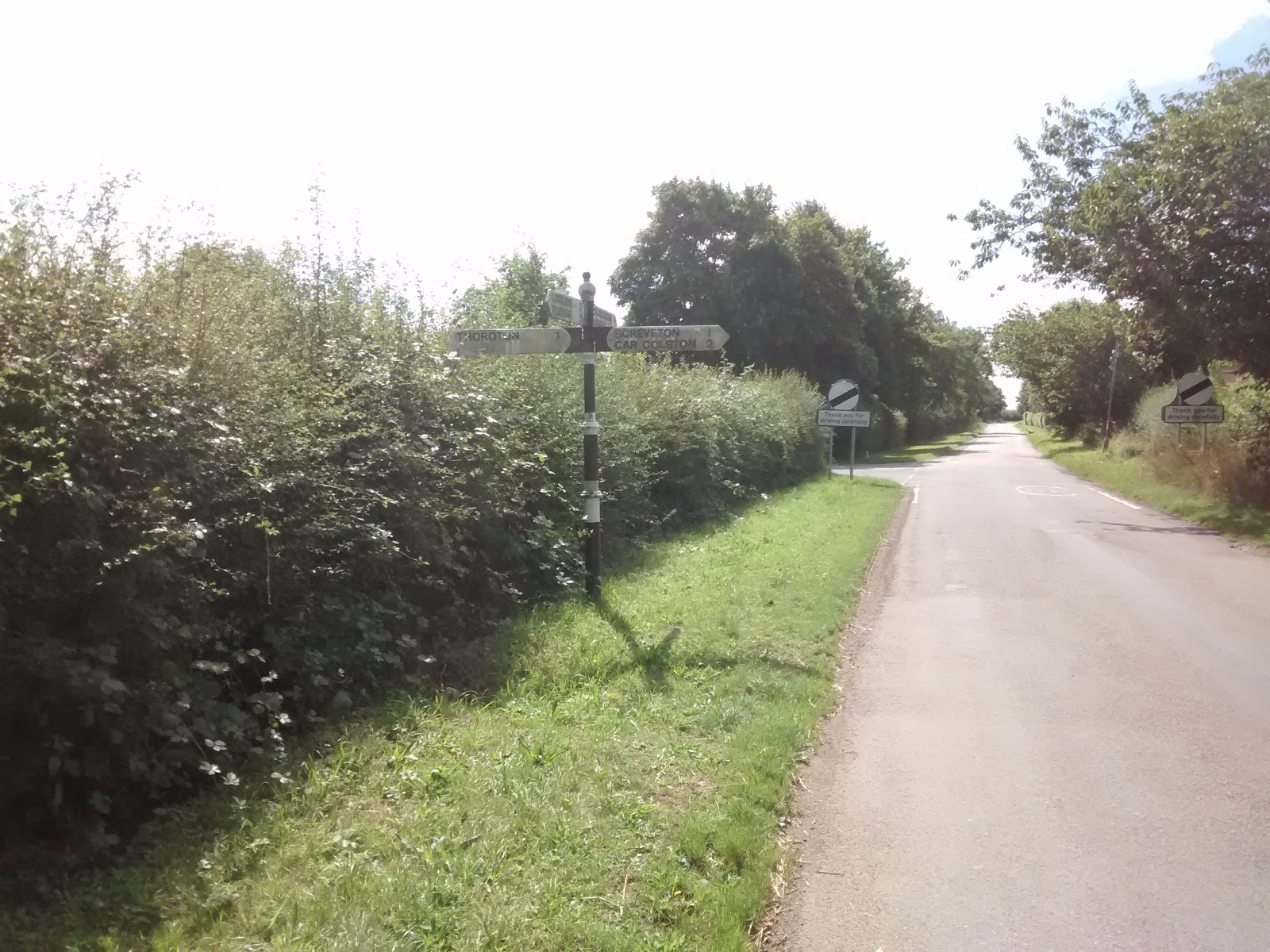 Posted by Simon Douglas Thompson at 15:46