The Subsidence of Lyricist

"He is Lyricist" it said.

He still is. But now though his paint is still bright, his home on the back of the has now reclaimed by nature as the buddleia inevitably colonises anywhere like that little triangle of brownfield site at the back of the floorists with the hot yoga studio on top.

I knew him. Know him. He'd just done his first hip hop album when the mural went up and was working in the pub where I drink. I think fatherhood kind of overtook the music, and hence Lyricist went into abeyance.

But his mural still persists, watching over the butterflies and bees as they feed in summer. It's also a Pokemon stop; it has earned a place in legend.

All text and images copyright CreamCrackeredNature 20.12.17 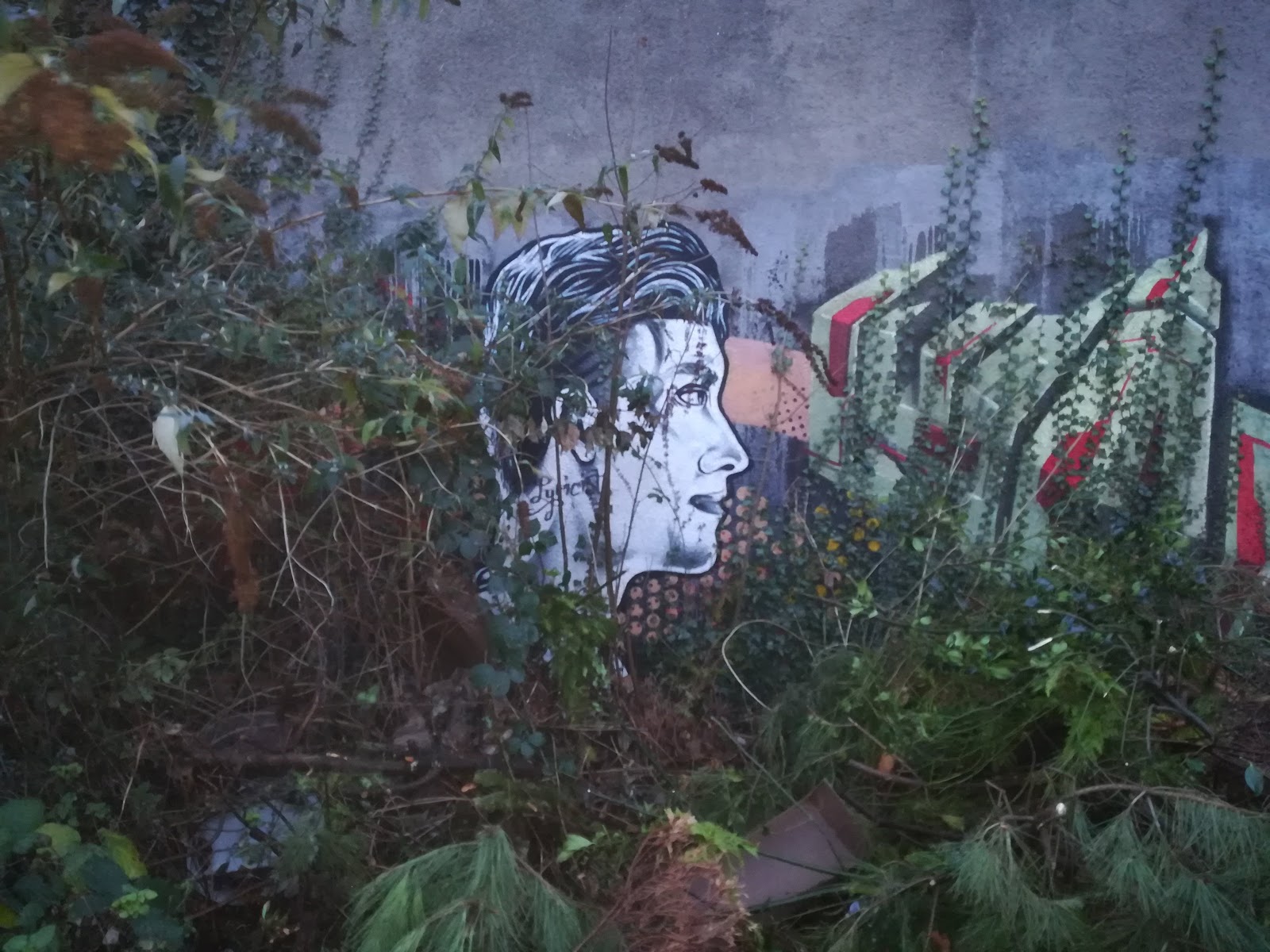 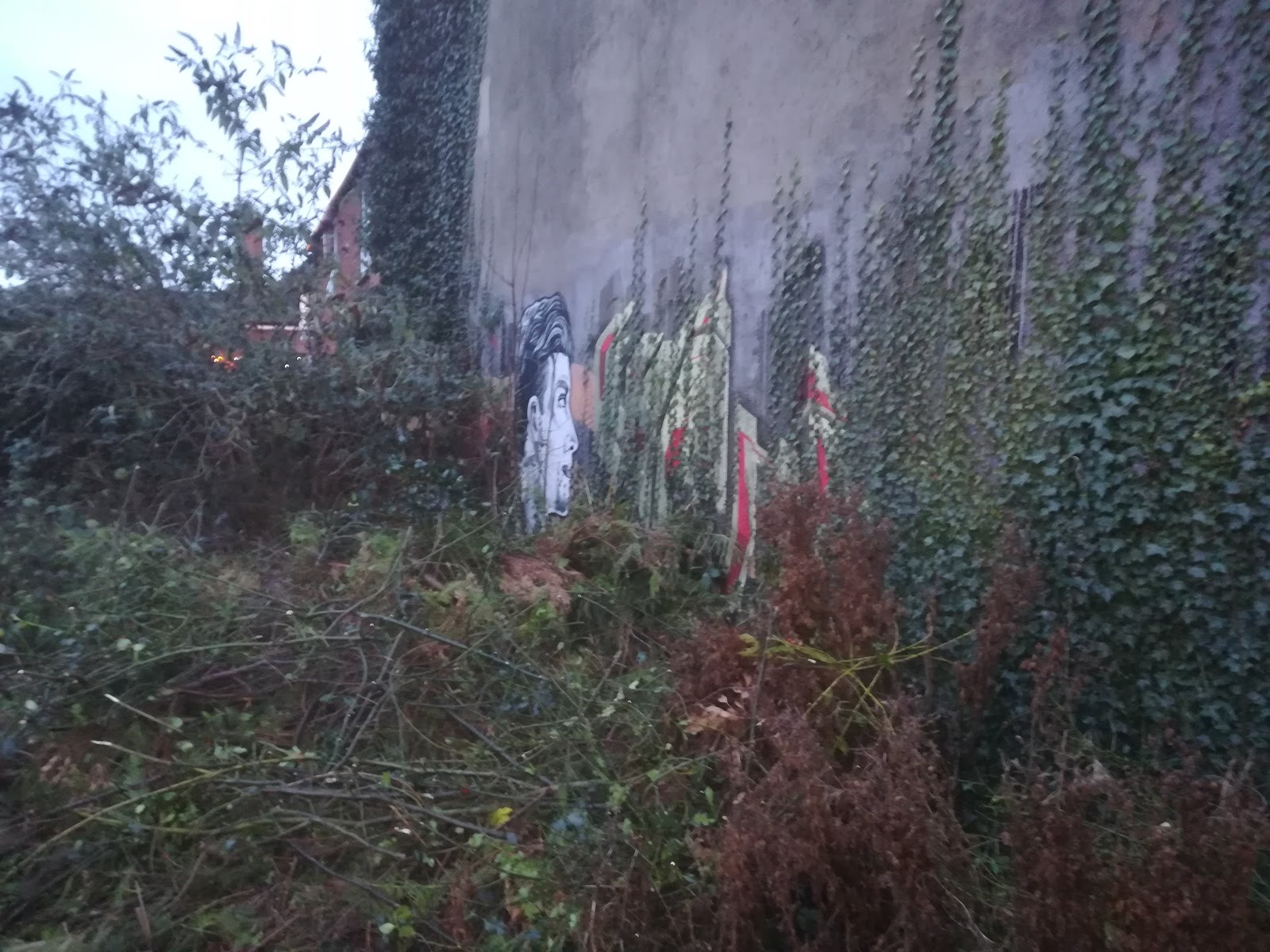 Posted by Simon Douglas Thompson at 14:38