Sorry for the lack of exciting (!) updates over the last couple of days, I've had a bit of a major event taking place, and I'm utterly exhausted.

We've now had the 24 Hour Static Bike Race at work.

We started at midday on Monday, with four intrepid riders sat on their noble, if immobile steeds, in two trailers supplied by our nominated charity, and ran right the way through until midday today.

I was there at the start, and I was there for the finish, with local media attending, after working a twelve hour stint from midnight this morning, during which time I rode two one hour stints myself.

The highlight was setting the greatest distance by a male in a one hour period (38.00km) although as an organiser I don't get to win a prize, the low point was having the trailer doors thrown open (at a very cold and windy 6am) in an attempt to clear the facility of the combined man-stink of me and another rider.

You'd have thought our combined pheromones would have been desirable.

I managed to stay awake for about 28-30 hours continually, apart from a sneaky 5 minute nap in the warm - gosh how I needed that - and was really ready for bed when I cycled home at 130pm.

(That cycle home that tired wasn't very nice, I do not recommend it).

Going to bed however was delayed by the appearance of squirrel in my little oak tree, whom I noticed pick a substantial twig up from the ground before taking it up onto a bough to seemingly strip of something. Until it caught me watching it, at which point it dropped the twig and scarpered.

Sorry, nutkin!!! But it was a nice interlude before a bit of (not enough) sleep.

All text and images copyright CreamCrackeredNature 05.12.17 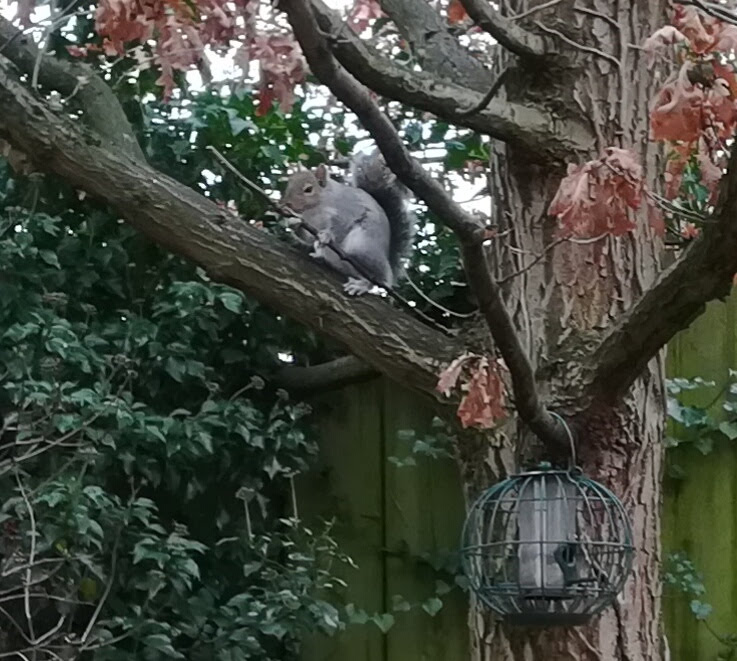 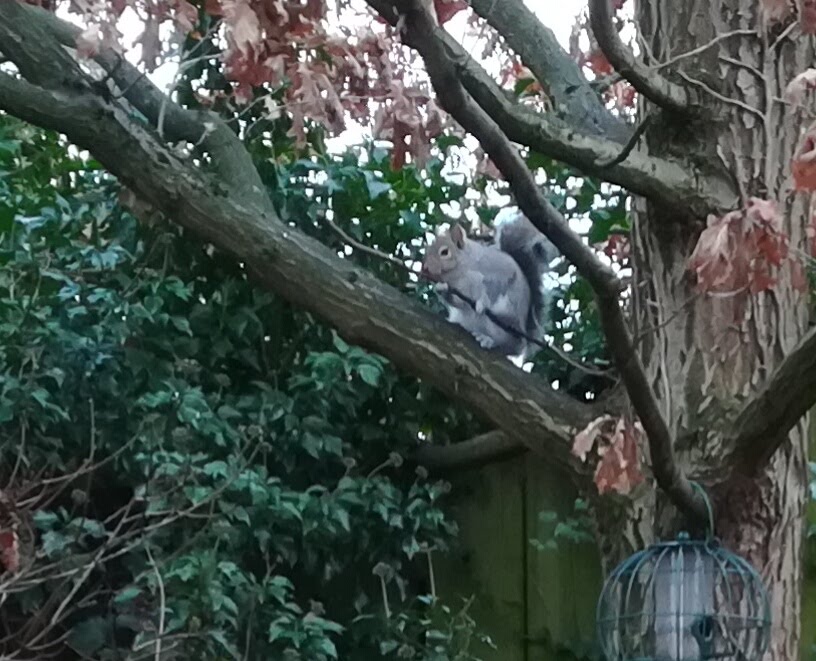 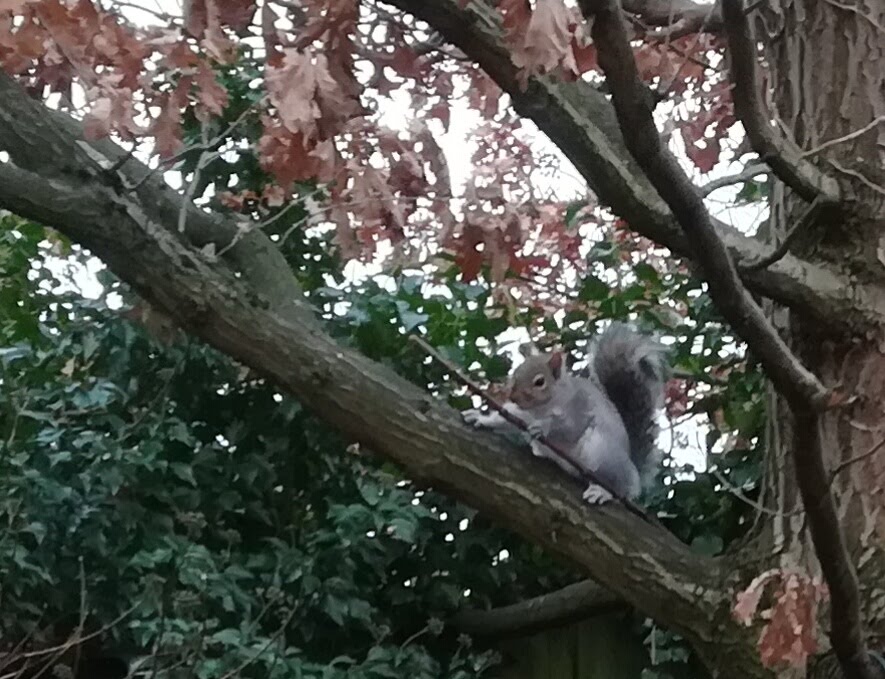 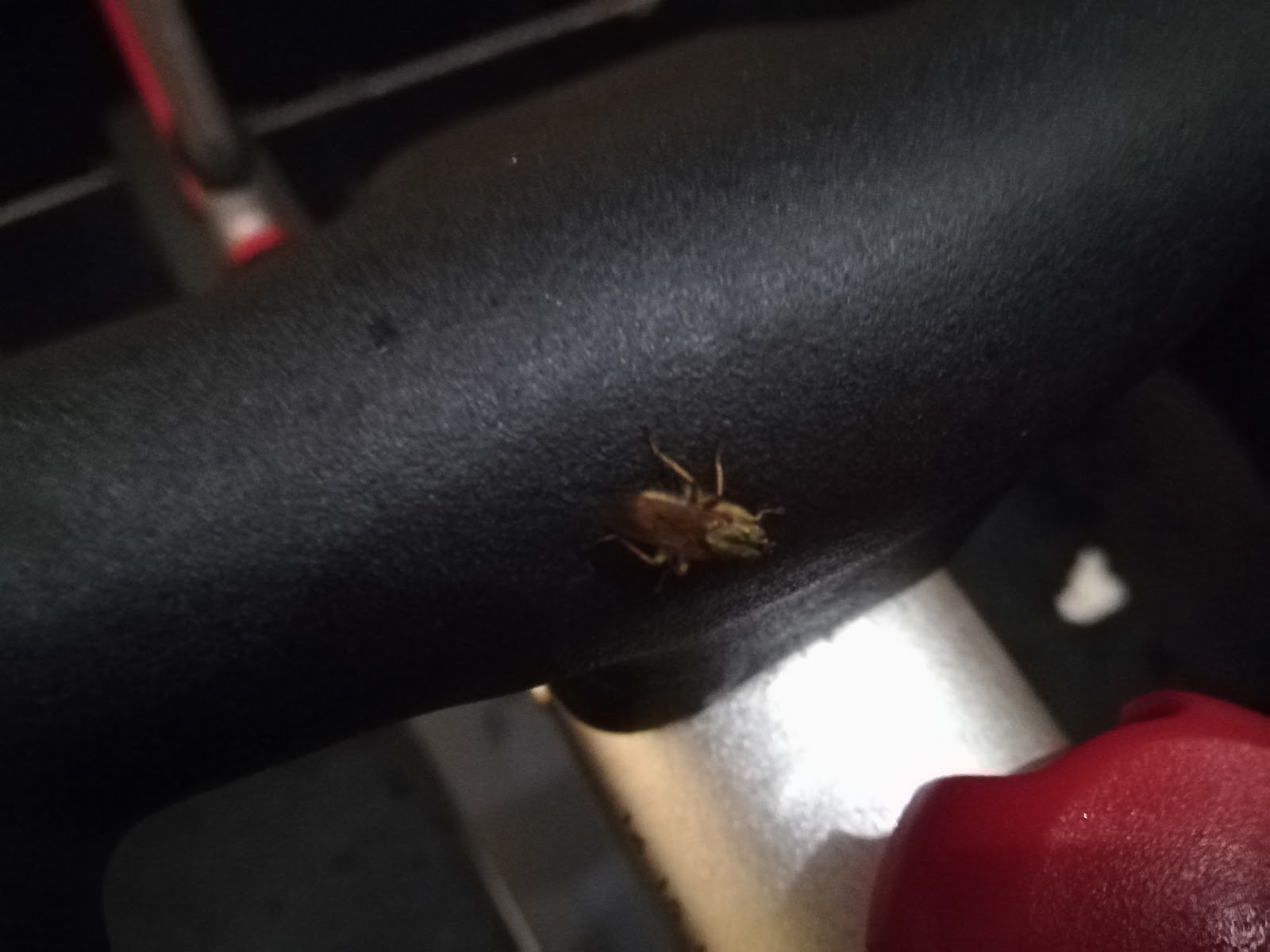 Posted by Simon Douglas Thompson at 12:40