Another exhausted day, I really don't sleep well enough during the week because on Saturdays I seem to be getting 12 hours or more.

So when I did finally get moving, it was already far too late in the day and I wasn't going to get the time for a long walk. So it would have to be a short one, but speedier.

So I ended up running a bit, jogging a bit, taking a photograph, before trotting off again, then slowing down. My ankle felt ok at the time, but is a little more sore now. I just can't bear the inactivity.

So, what was outside?

Well there was a few more snowdrops, and the aconite is now forming the distinctive little yellow patches at the base of the big trees in Friary Gardens. But once again the standout was the very handsome goosander on Balderton Blue Lake.

The black and white drake is the Tom Hardy of the duck world - powerfully built, elegantly clothed and with an air of danger provided by its serrated fish catching beak. There were two females with it, red headed, perhaps more of a Jessica Chastain.

It's a pretty lake on its day. And today, it did look good. Just hoping my ankle can handle a little more running. 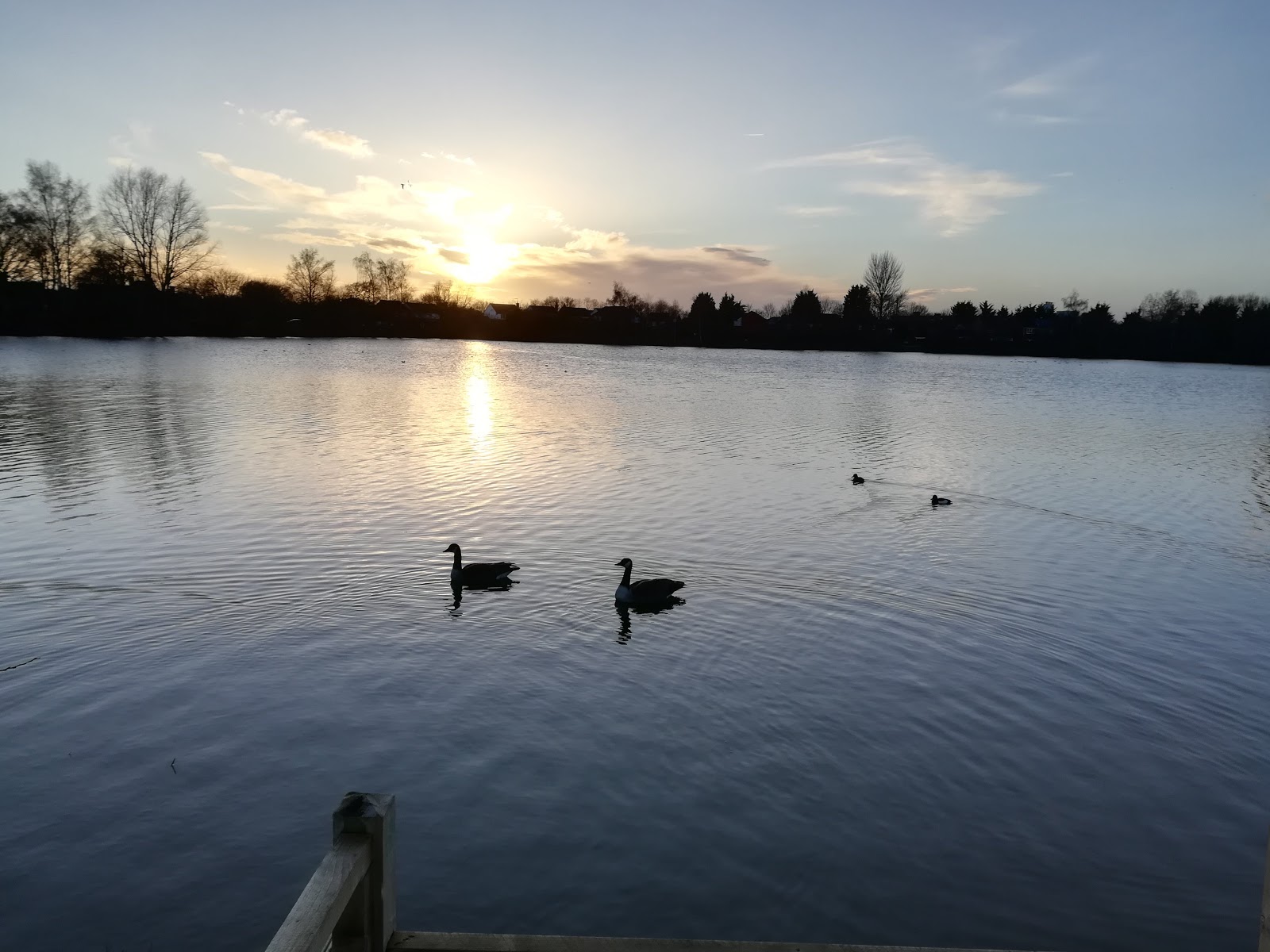 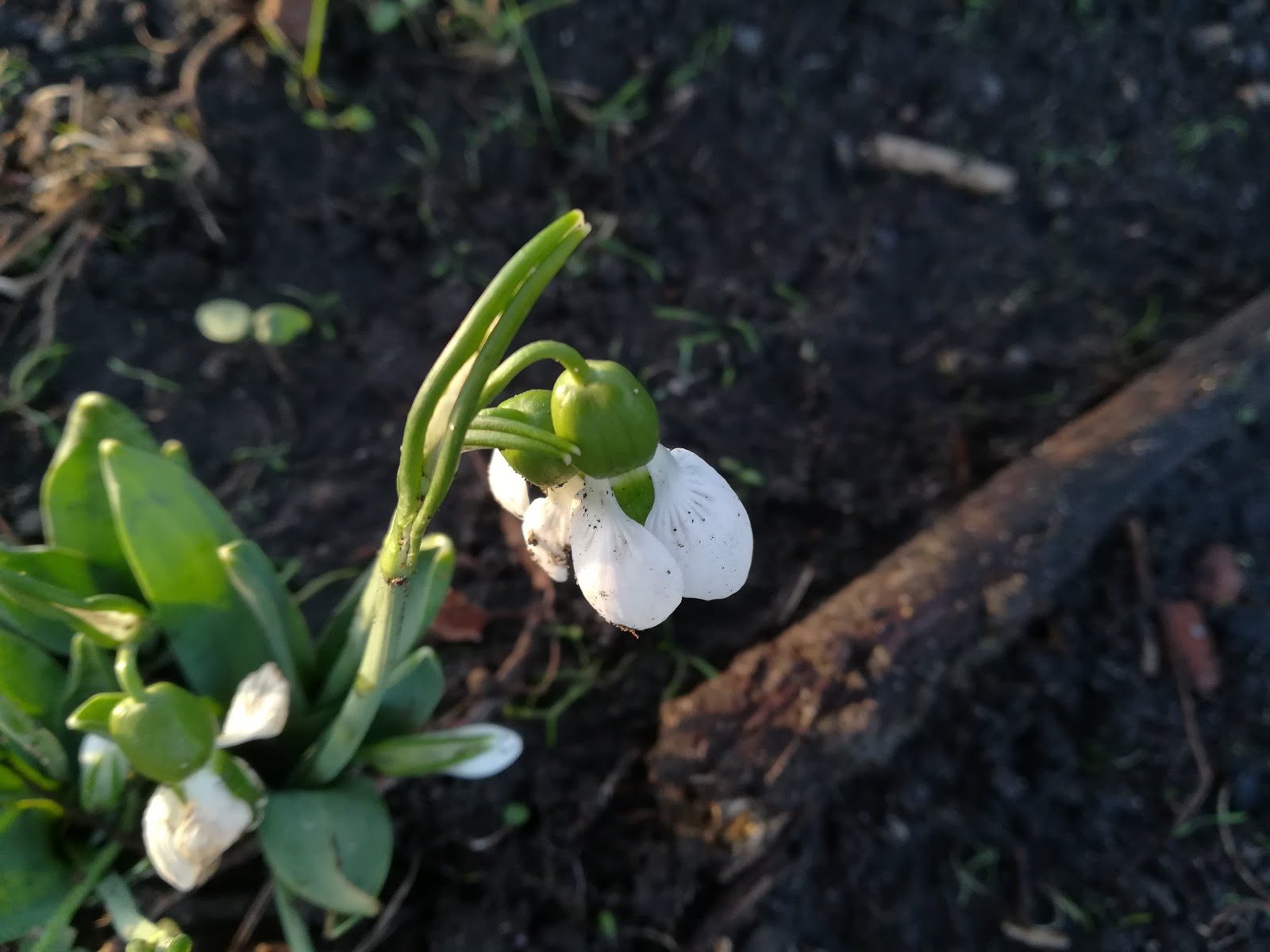 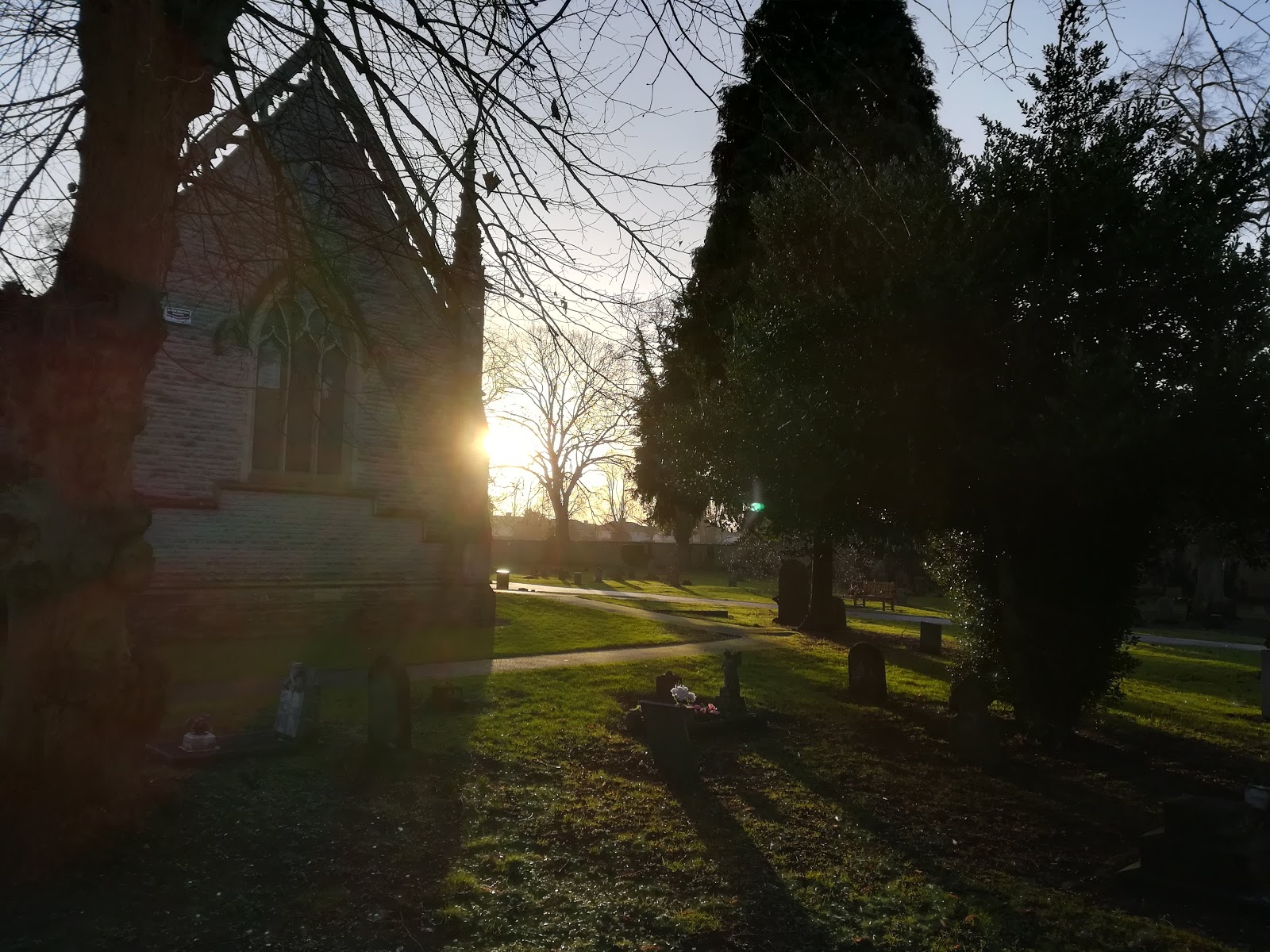 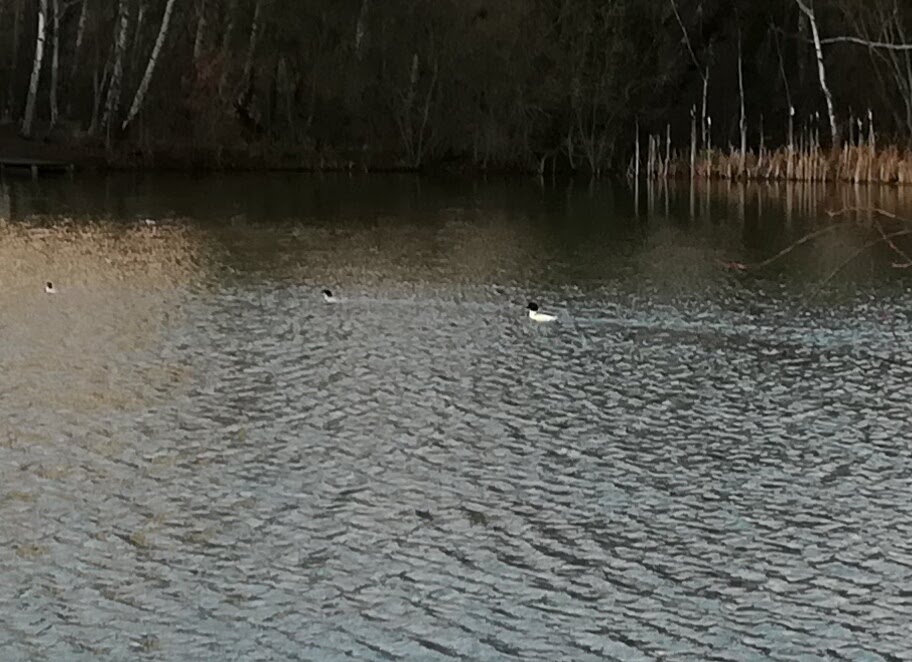 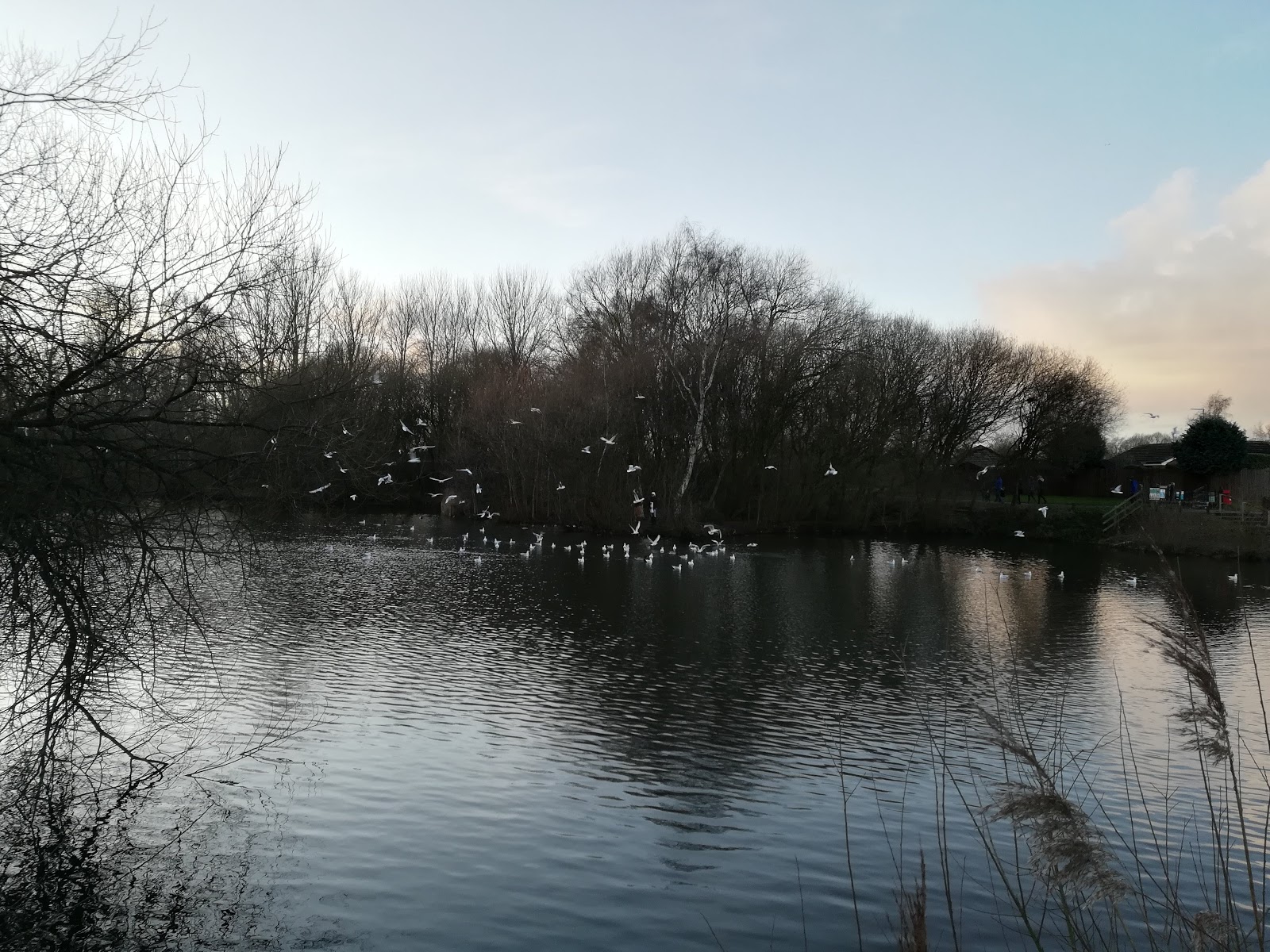 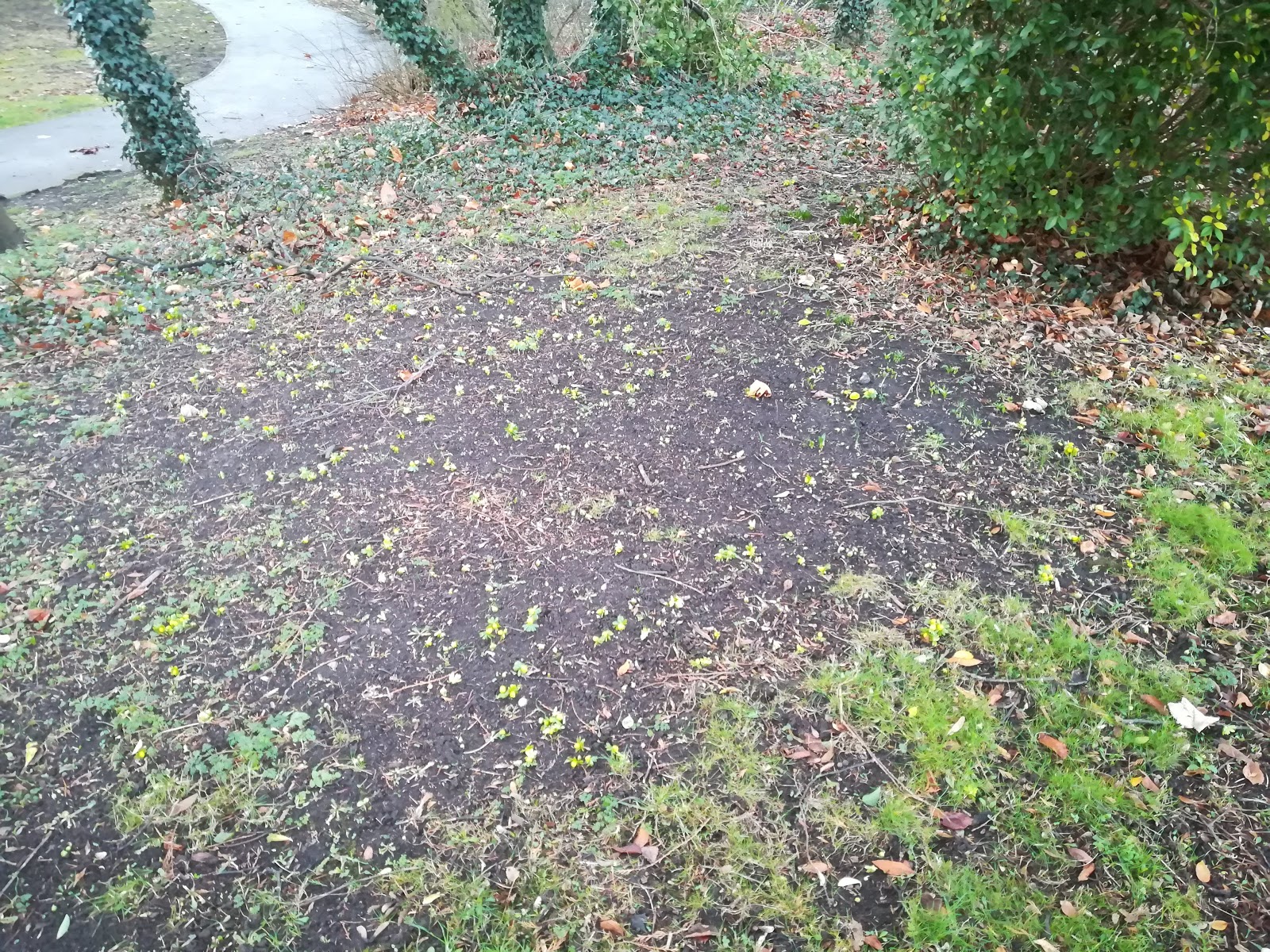 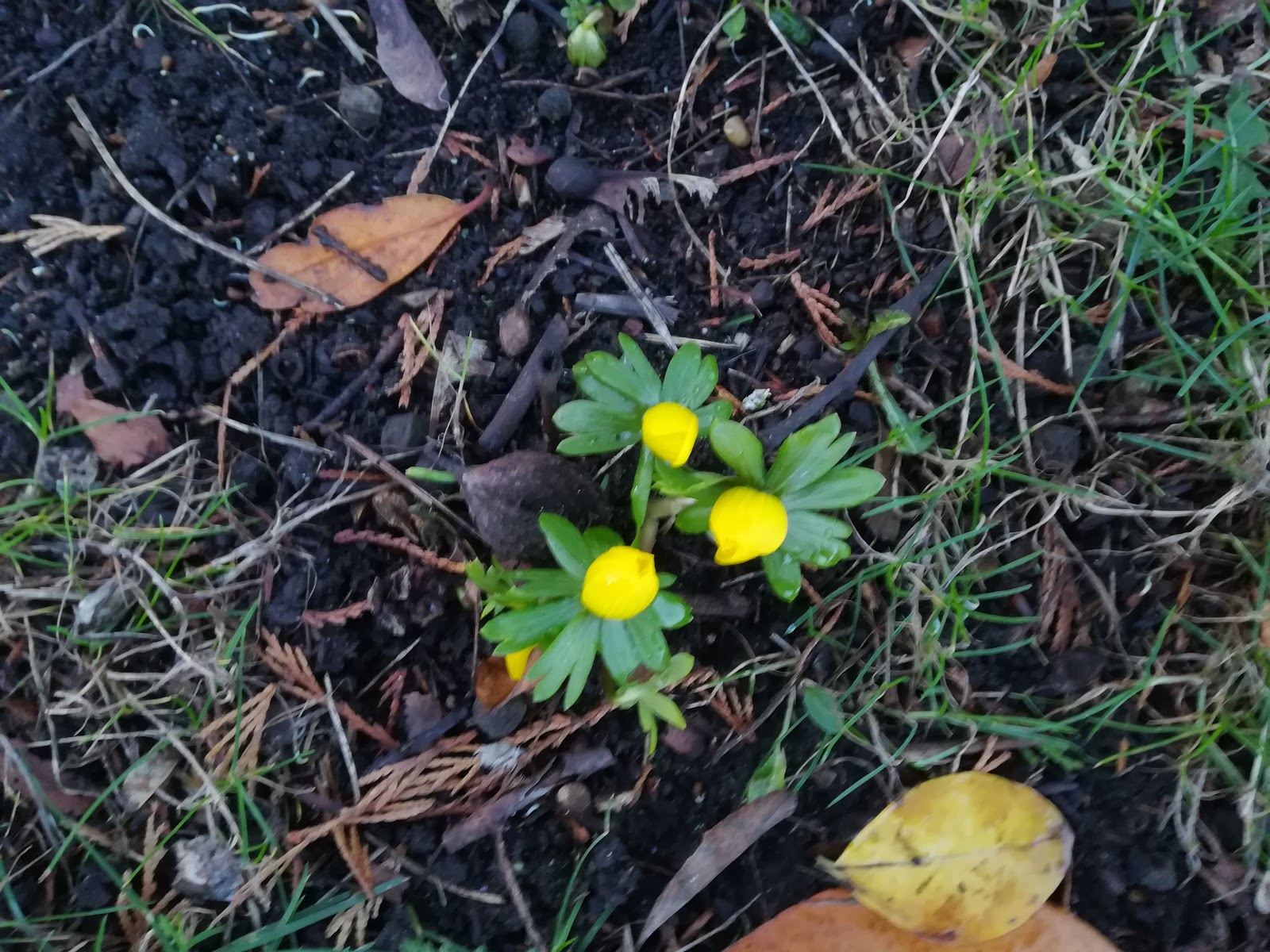