Knowing that it was going to set hard and freeze for my cycling commutes later in the week, I was rather looking forward to there being a bit of snow today to go walking in and get some shots.

However, when I looked out the window at 9am, I was disappointed - it looked like the promised snow had already gone through and been replaced by heavy rain. By 11am, the forecast snow did manage to appear, and it snowed quite heavily here for about 90 minutes, enough to settle but not enough to survive the rain that came afterwards.

I figured the park might be a good place to visit, as it isn't too far away and I didn't want to be struggling to walk on any icy stuff; I nearly went over three or four times on black ice last night. Even as it was I found it quite awkward going, and sort of baby giraffed my way down to the sconce.

As ever, I was hoping to see redpolls on the alder trees by the River Devon; as ever I didn't. But just up the slope from the bank, those naughty redwing were prowling again as they have seemingly cleaned out every berry laden tree in town and now need to ground feed, except of course when they see me and head for the branches again. At the same time and in the same trees, a noisy flock of long tailed tits moved through. Two of the most lovely sights of winter, there.

As ever when there is even a nano-metre of snow, the sledges appear, and the park was full of kids having a go. One child was even going down the steep slopes of the sconce on what looked like a neon green dustbin lid. Other children were more conventional on that inevitable form of snowy transport - the Asda plastic sledge.

It snows so little these days, that the Asda sledge should be described as a single use plastic, and banned.

All text and images copyright CreamCrackeredNature 21.01.18 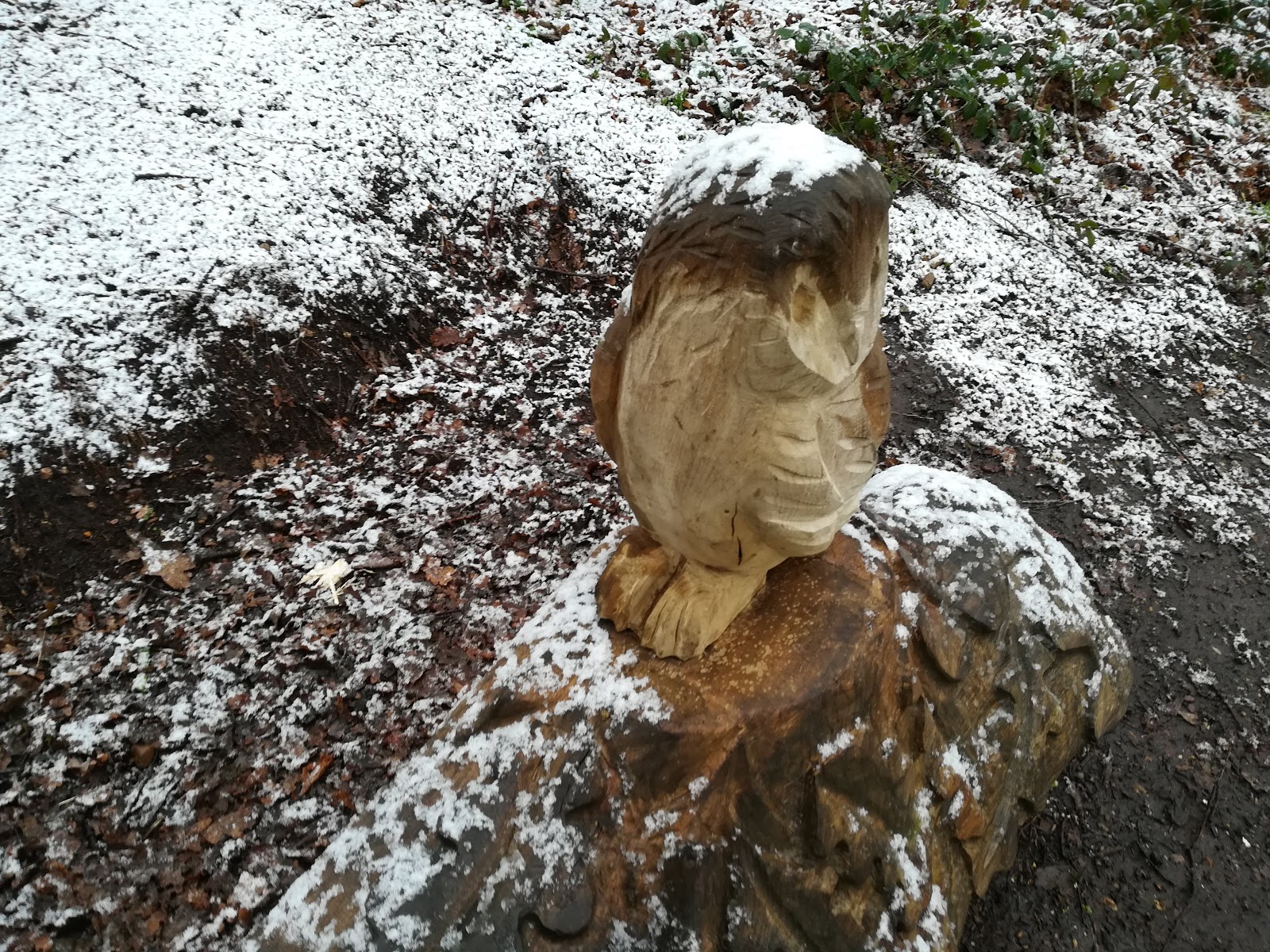 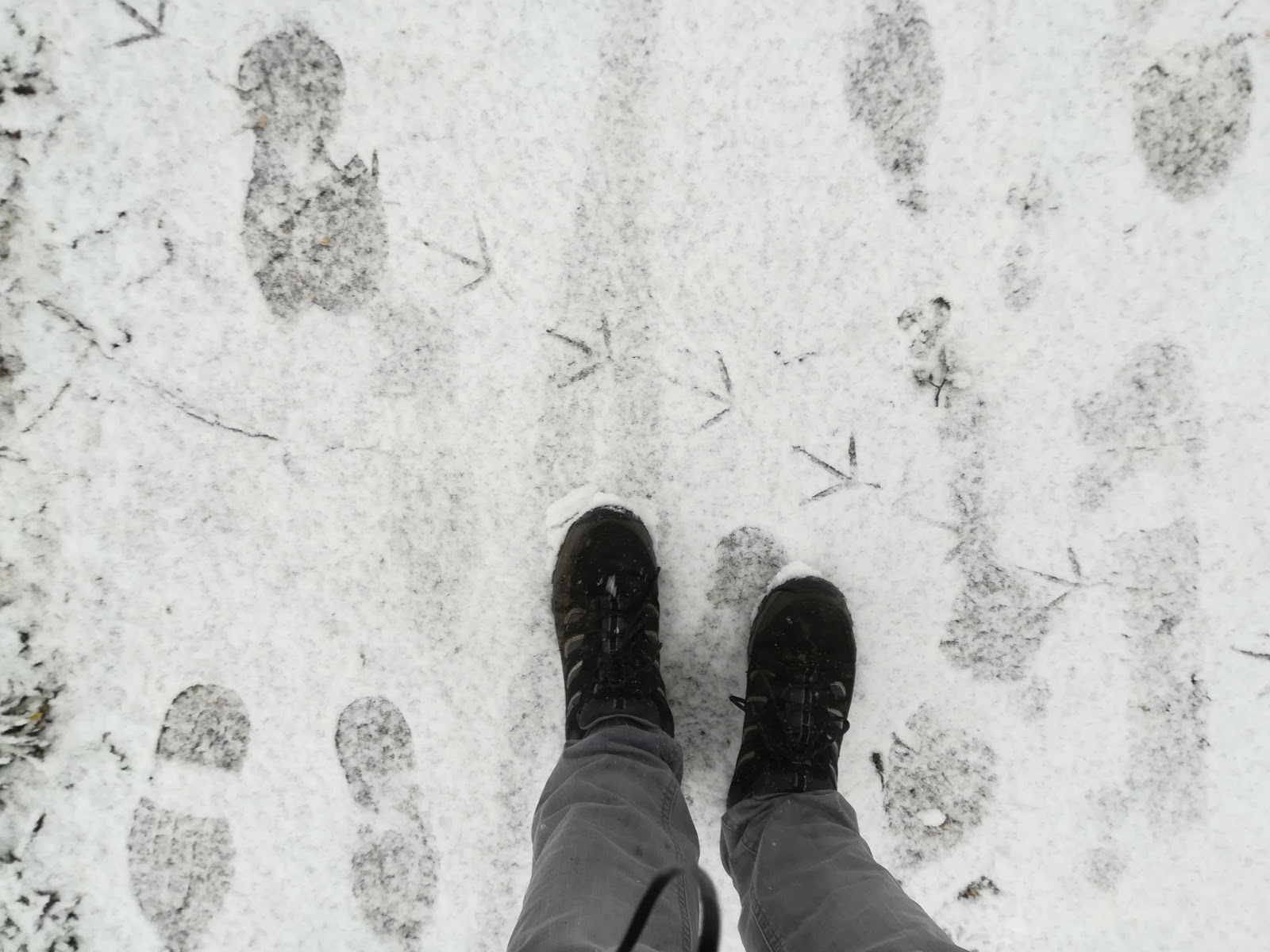 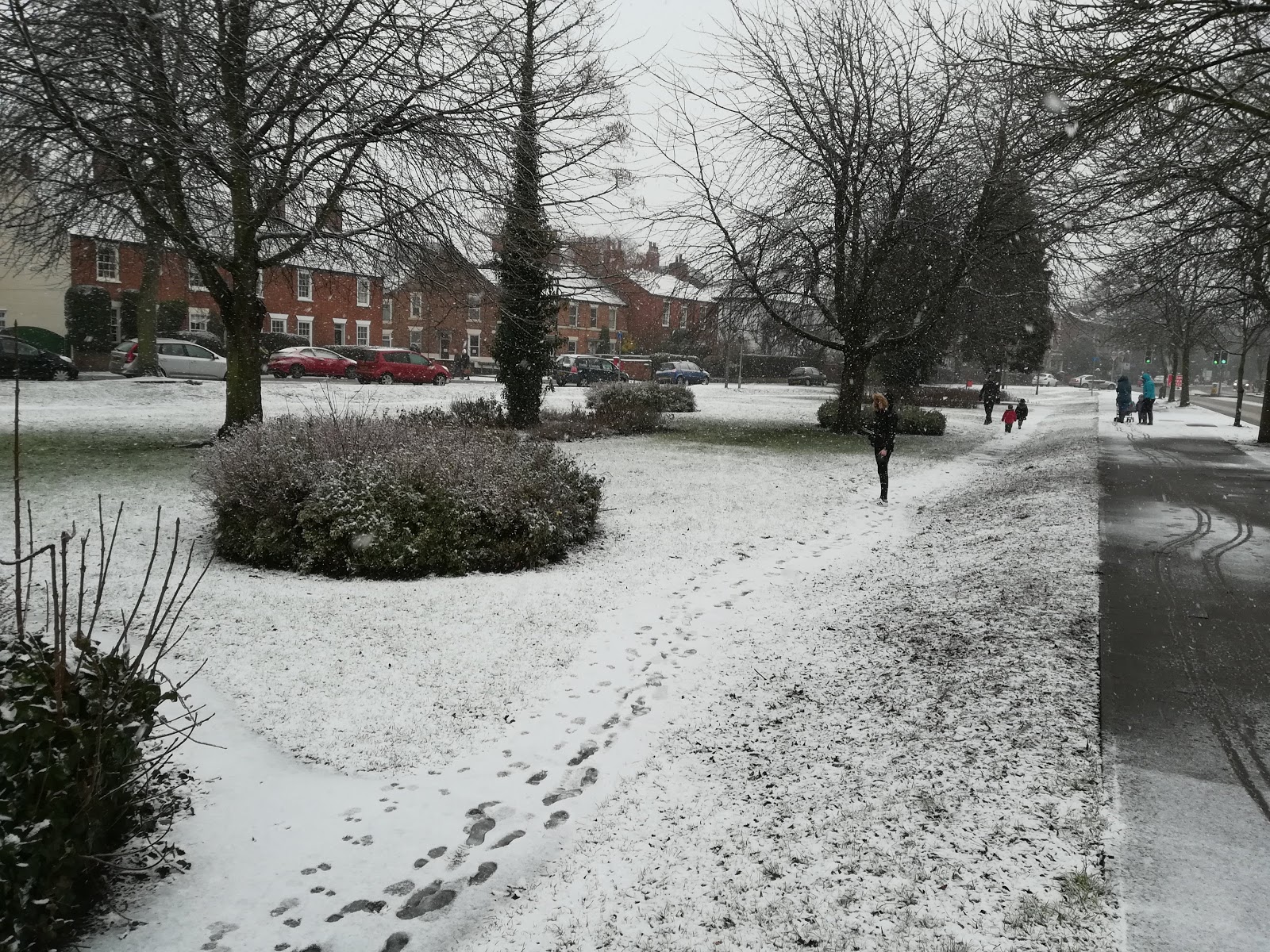 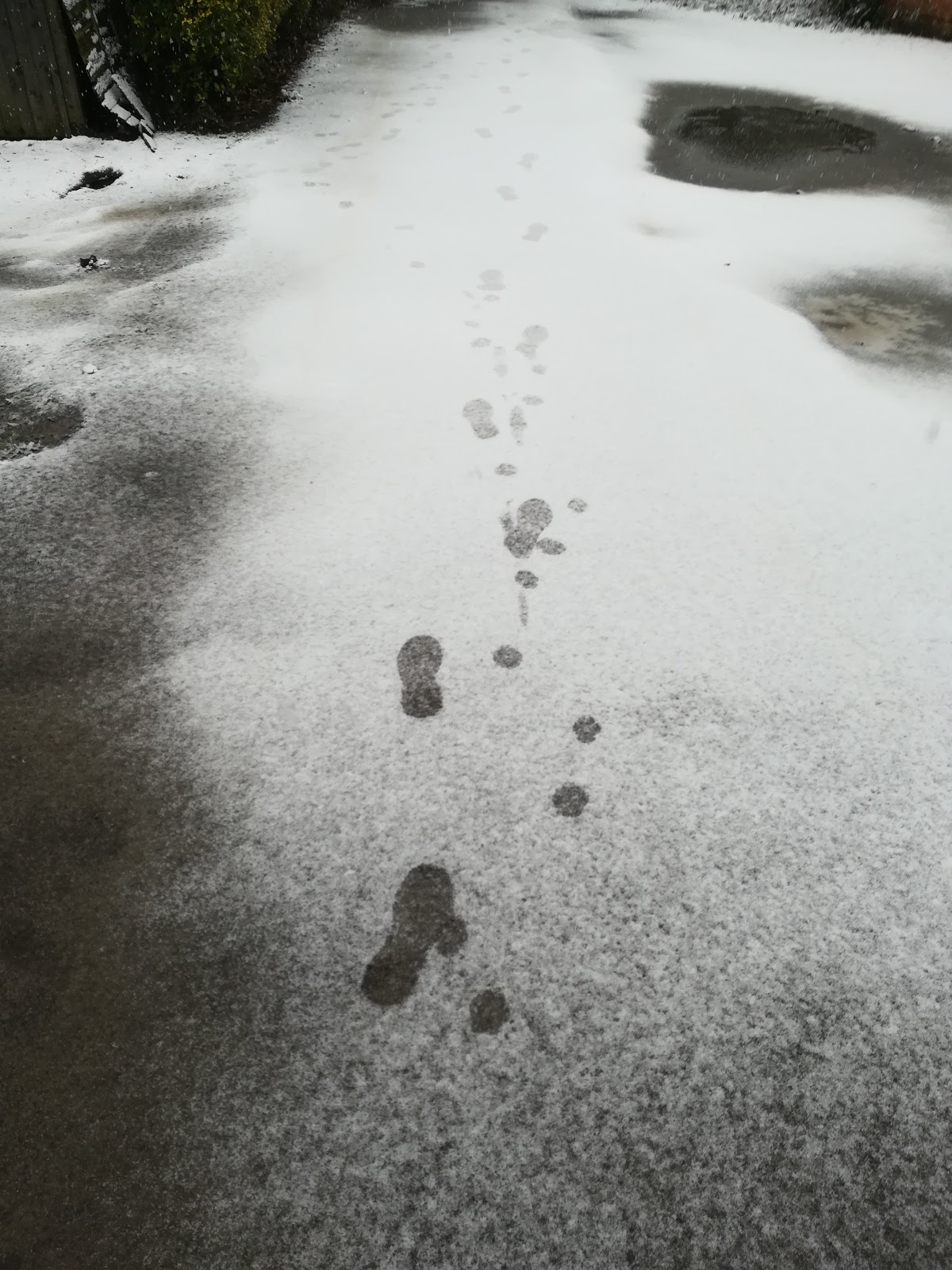 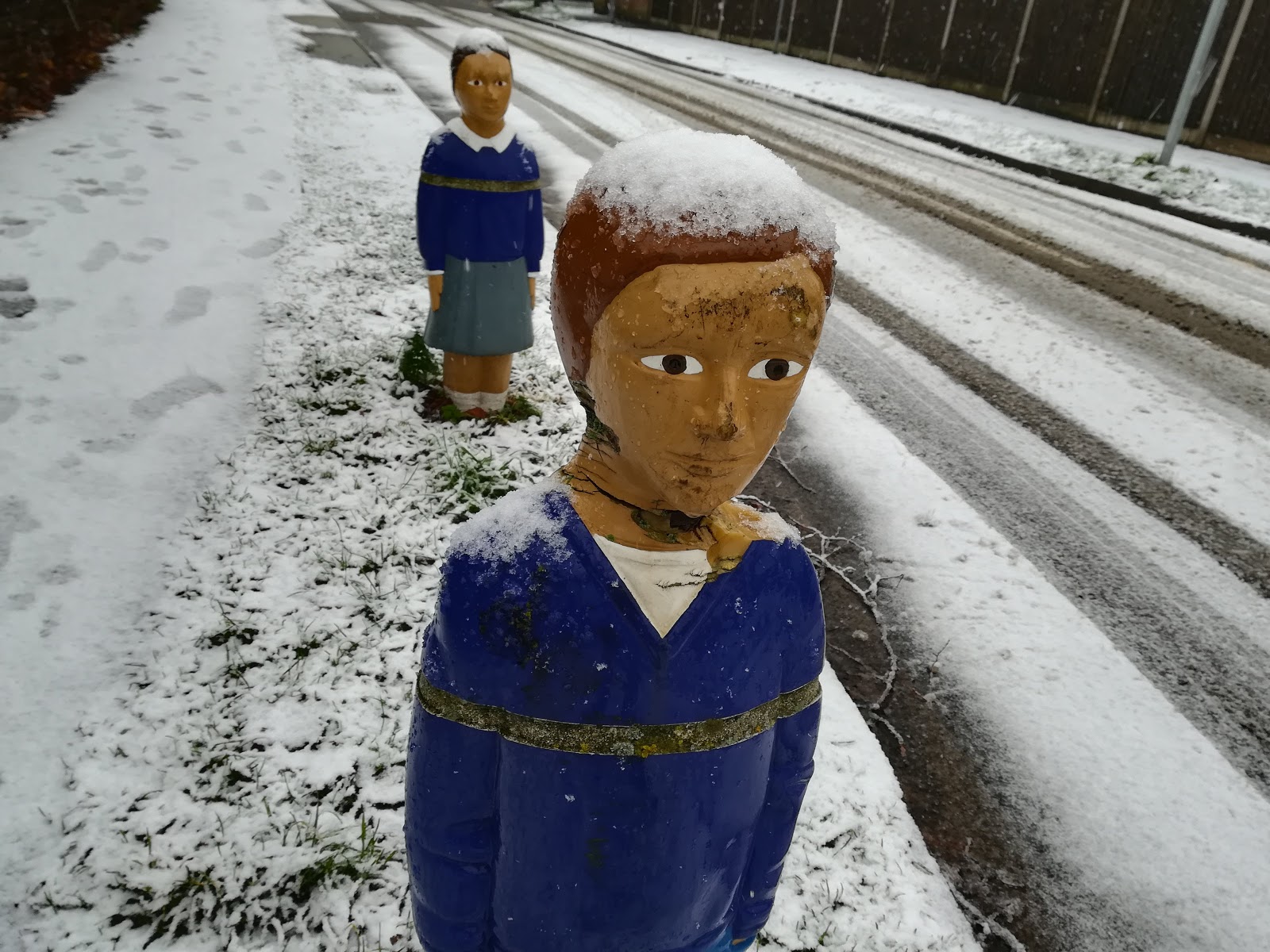 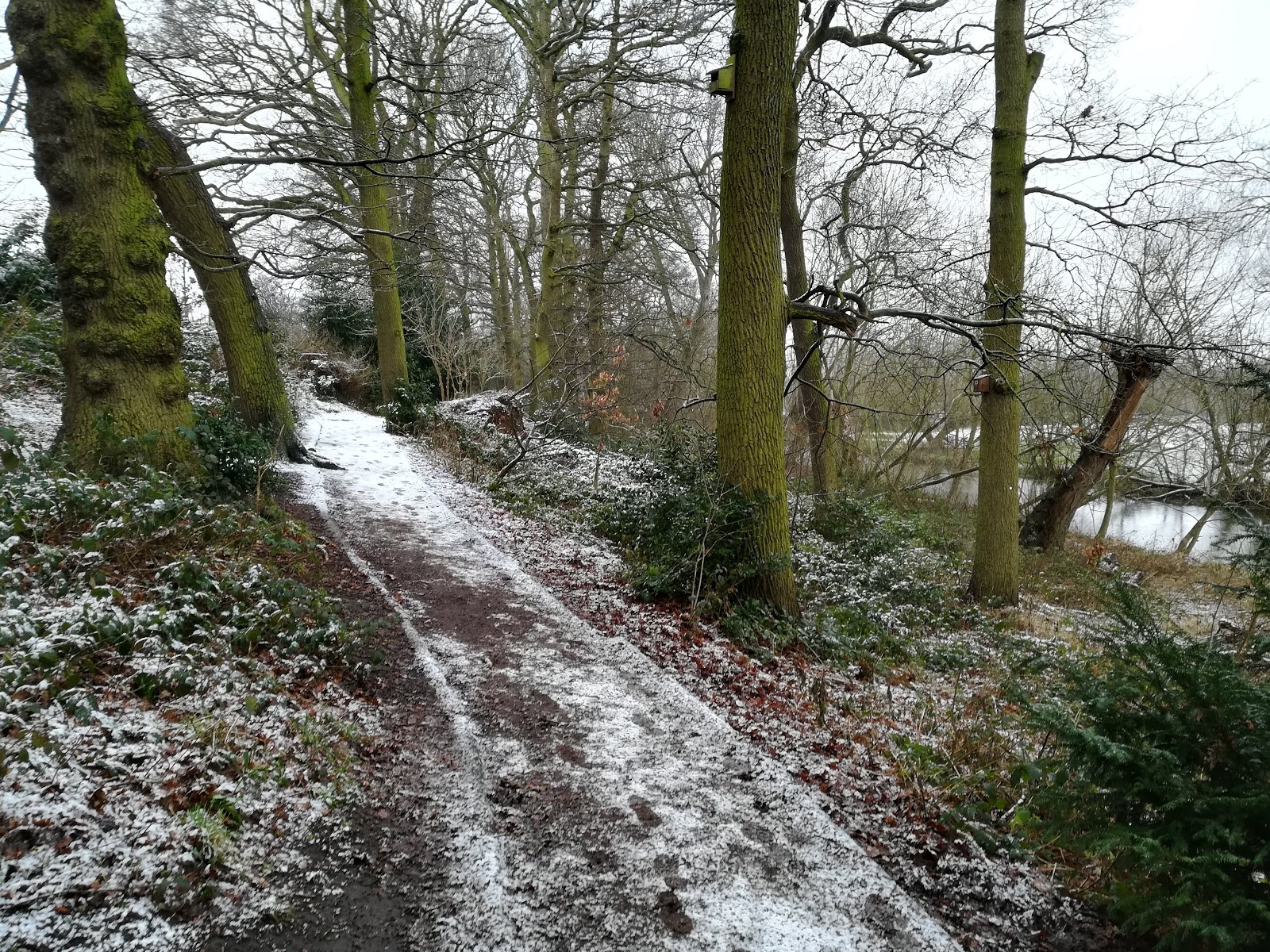 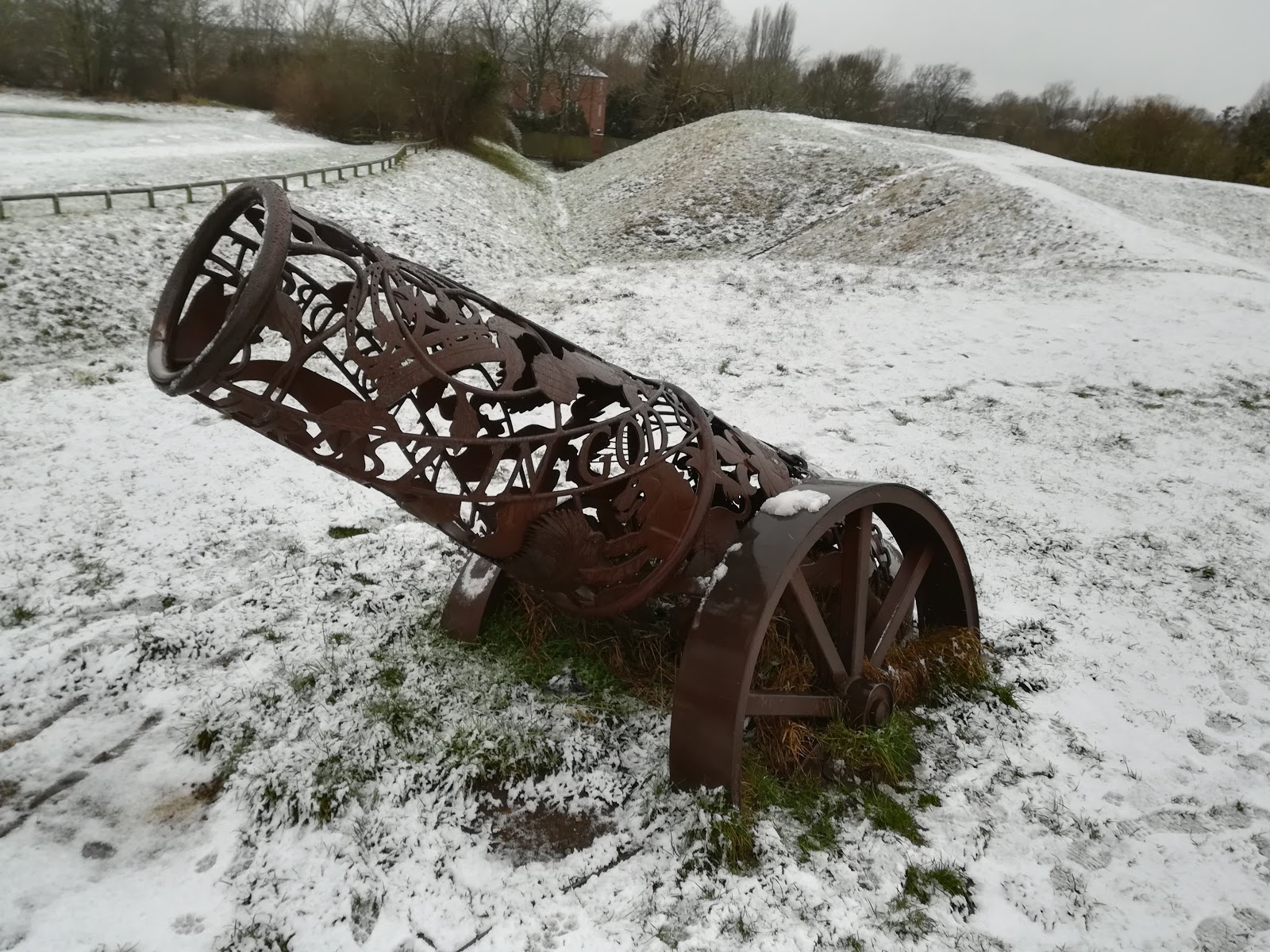 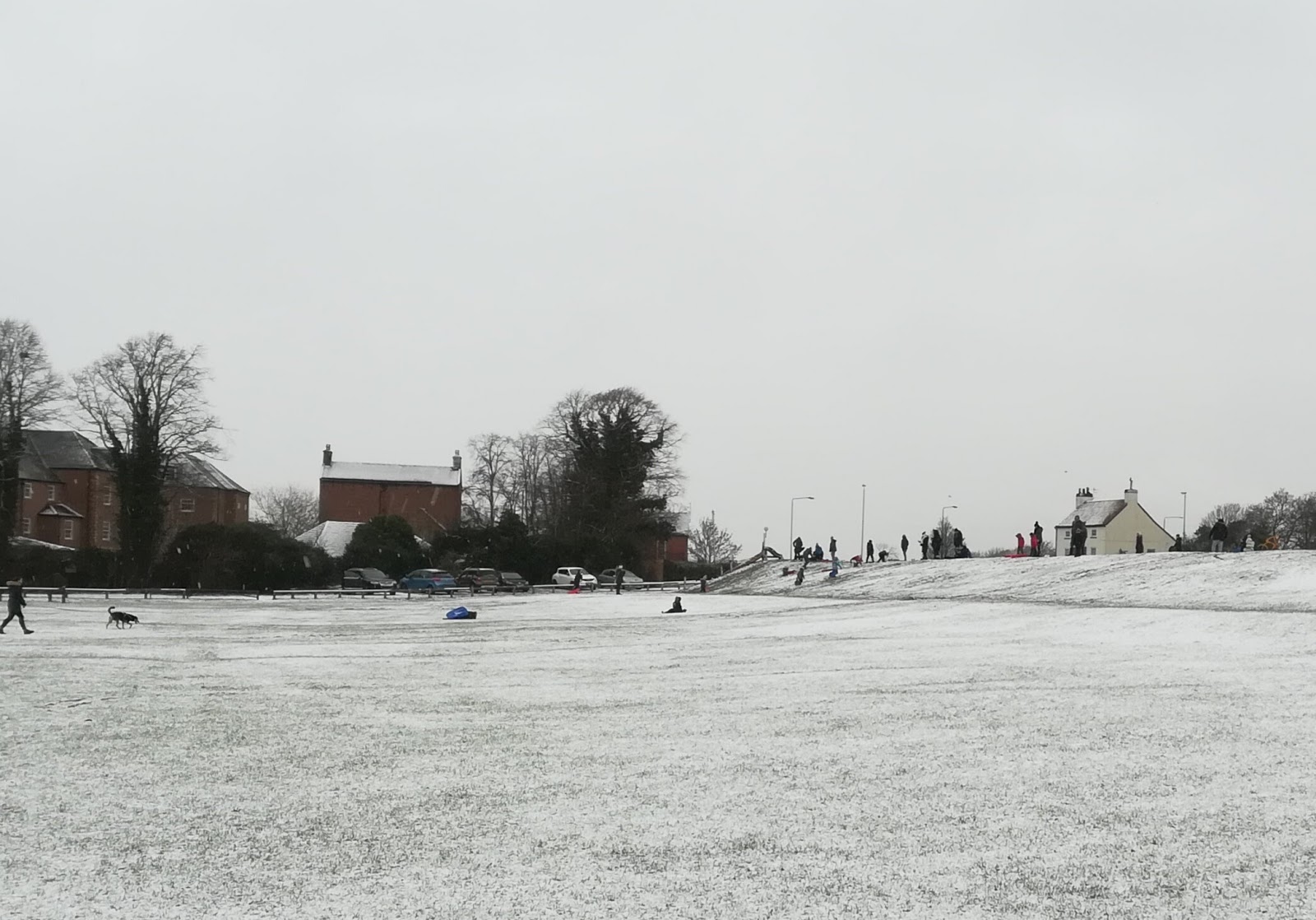 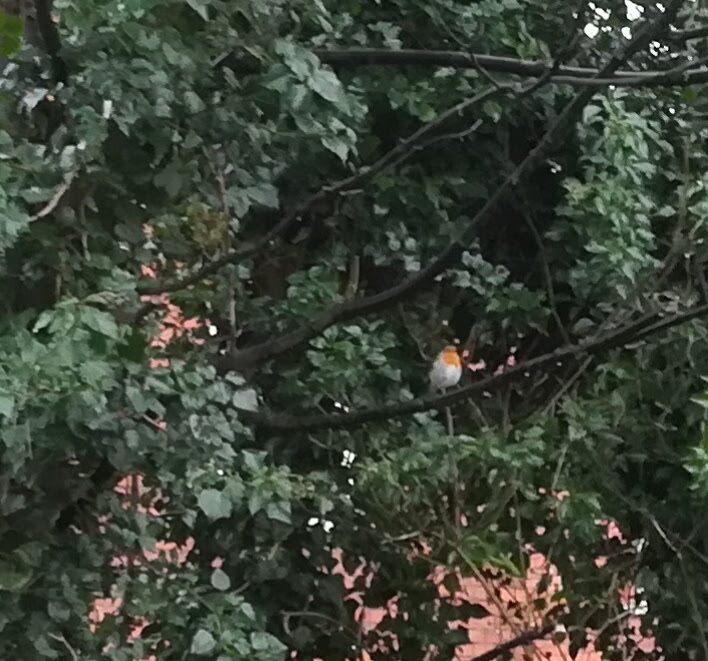