The Insects were up Today

I knew I'd see insects today, it was just too warm and occasionally bright not to. It was a case of when and where, and the reflection that all these honey and bumblebee reports I've seen on twitter are just so early in the year.

I've never seen a bee in January. Until today.

It was when I was walking to the park for a cup of tea. I was too warm in a hoodie and jacket; it was evidently thus warm enough for the honey bee I saw feeding off someones aconite in their garden, sadly too far off to photograph. While I was having my cup of tea, insects were drifting by with nothing to feed on - the pansies in the baskets are no use to anyone - and then when I went past the sheltered accomodation a queen buff tailed bumblebee was trundling bulkily through the grass.

I was so tempted to jump over the low wall and run around on the lawn chasing after it to take pictures, but fear of the old folk police prevented me from doing so. They are well known for their brutality.

I knew where I might have a chance however - the sunlit castle grounds, and the crocuses therupon. And I was right, but how I thought. There were no bees here, but there were hoverflies about, feeding on the crocuses and a very early dwarf iris that was peeking up under a tree. One was a drone fly I think, the other a much smaller character.

Spring is on us. For now. And how early it is!

All text and images copyright CreamCrackeredNature 28.01.18 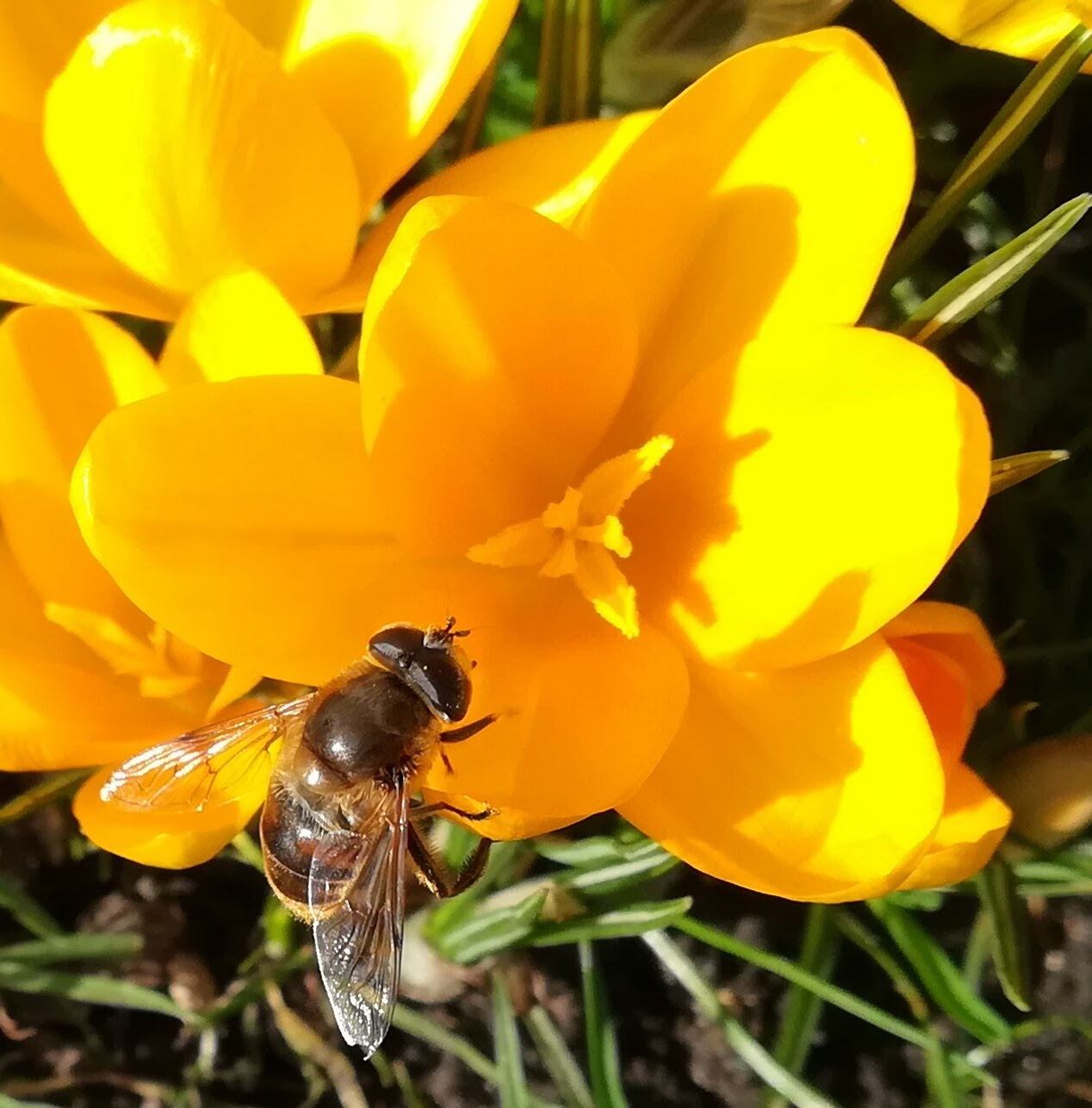 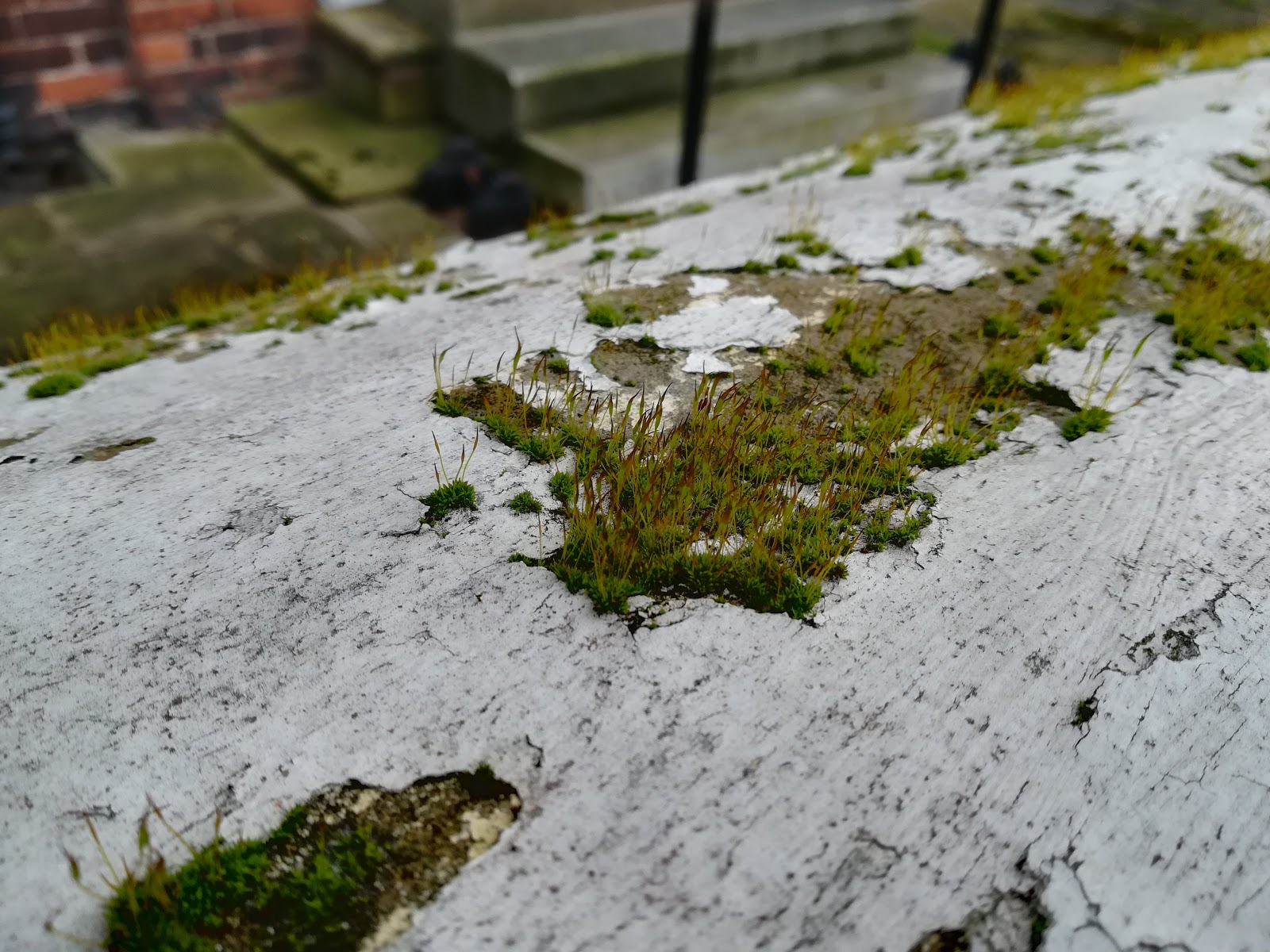 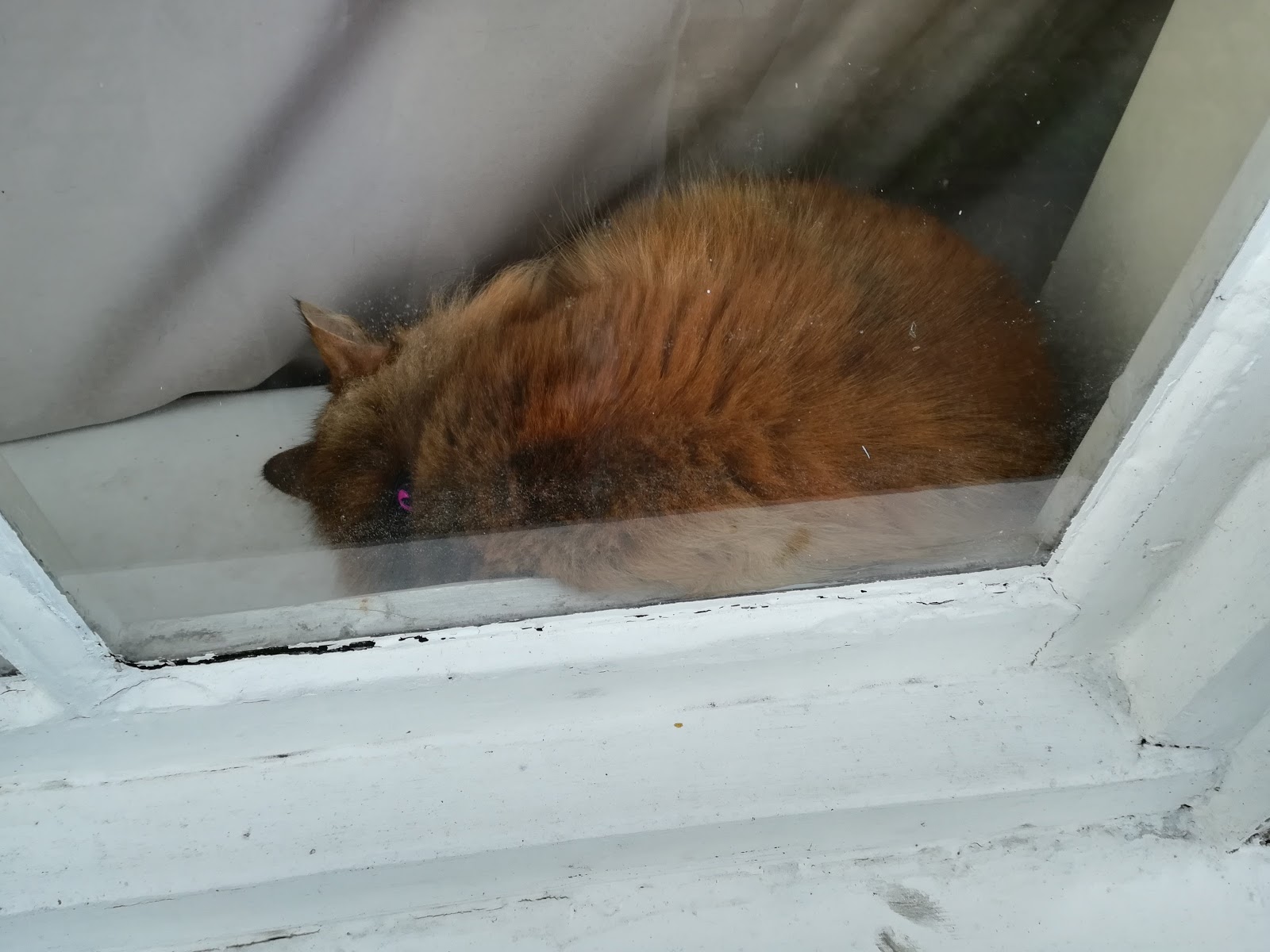 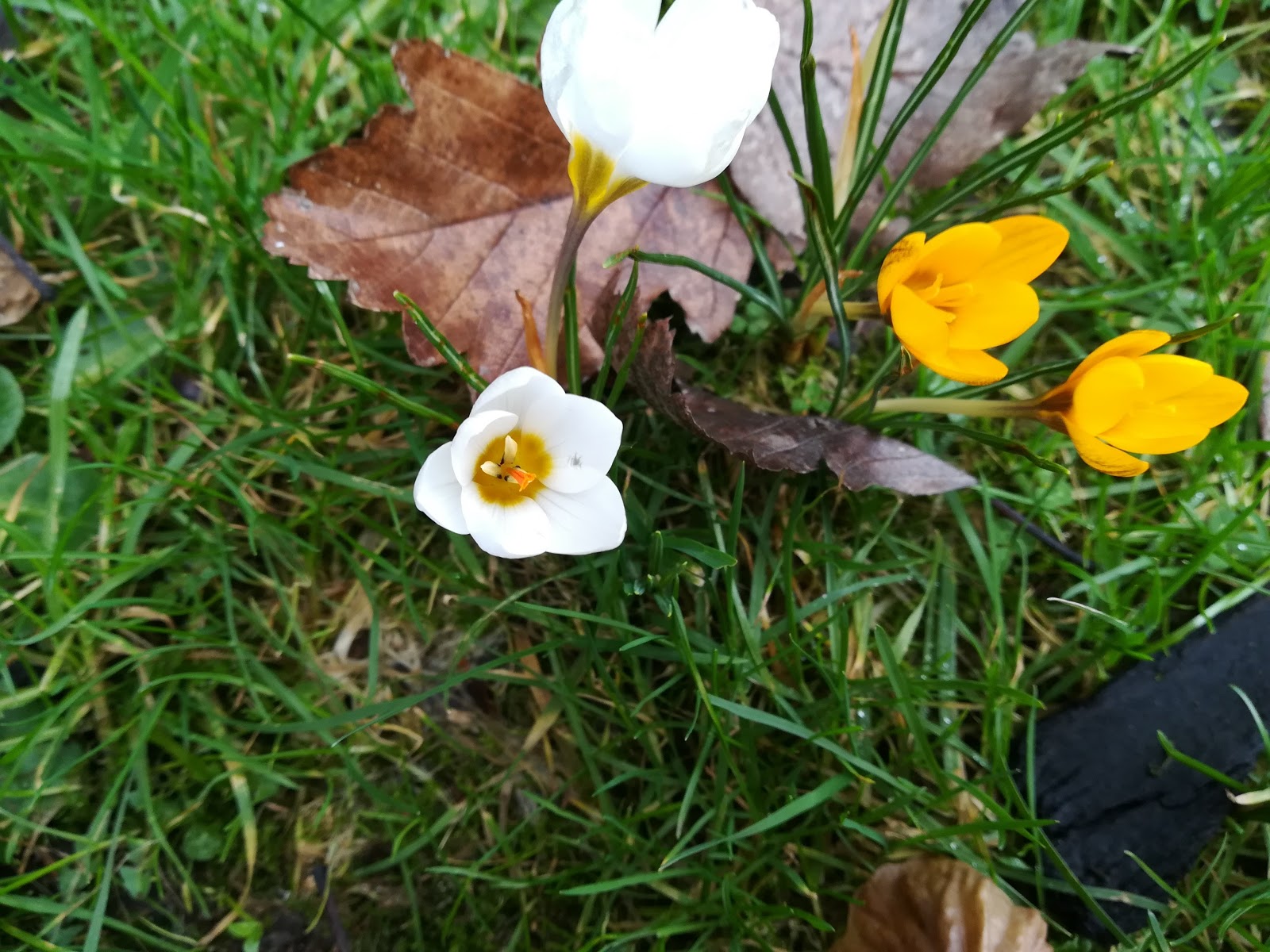 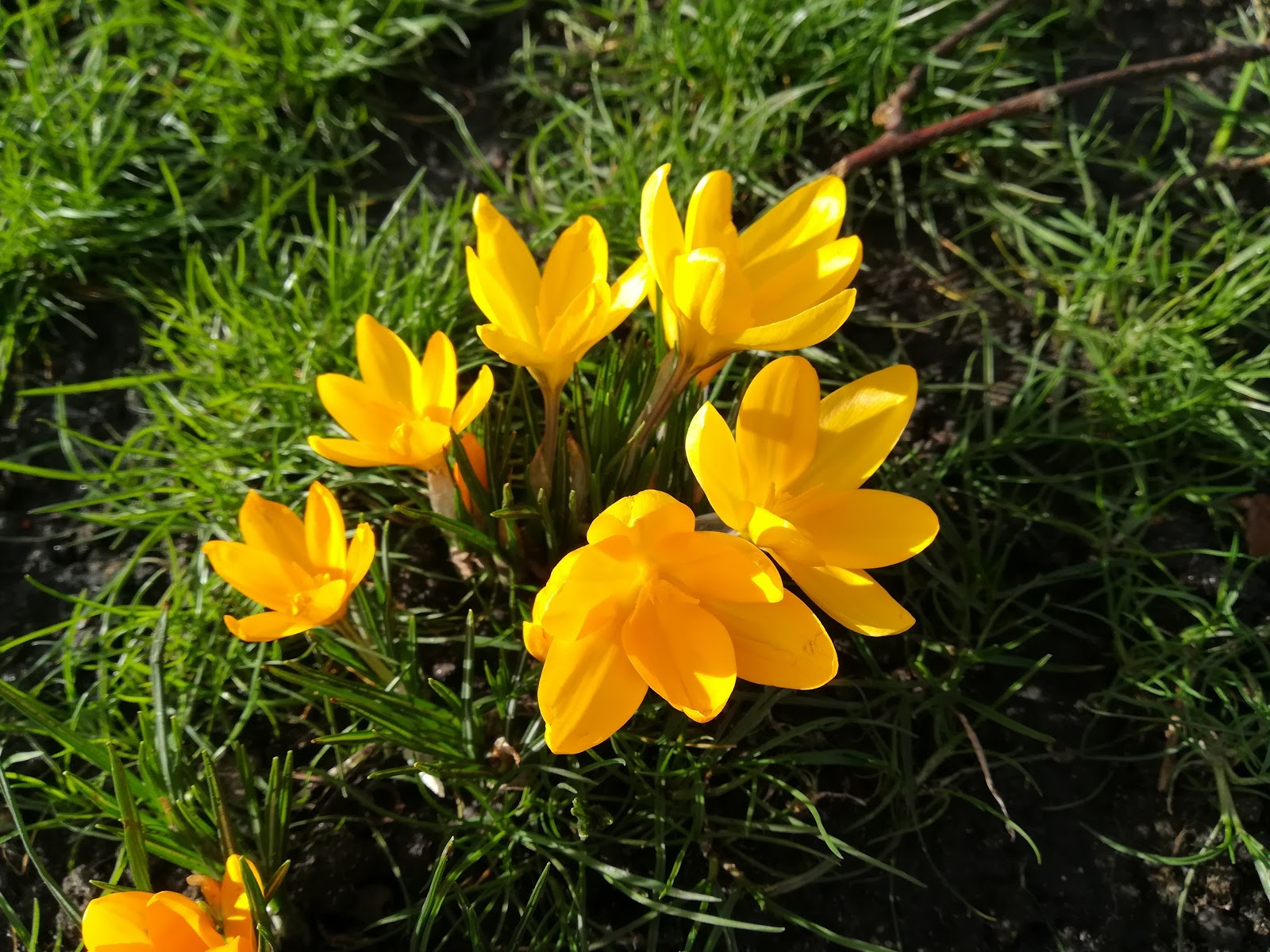 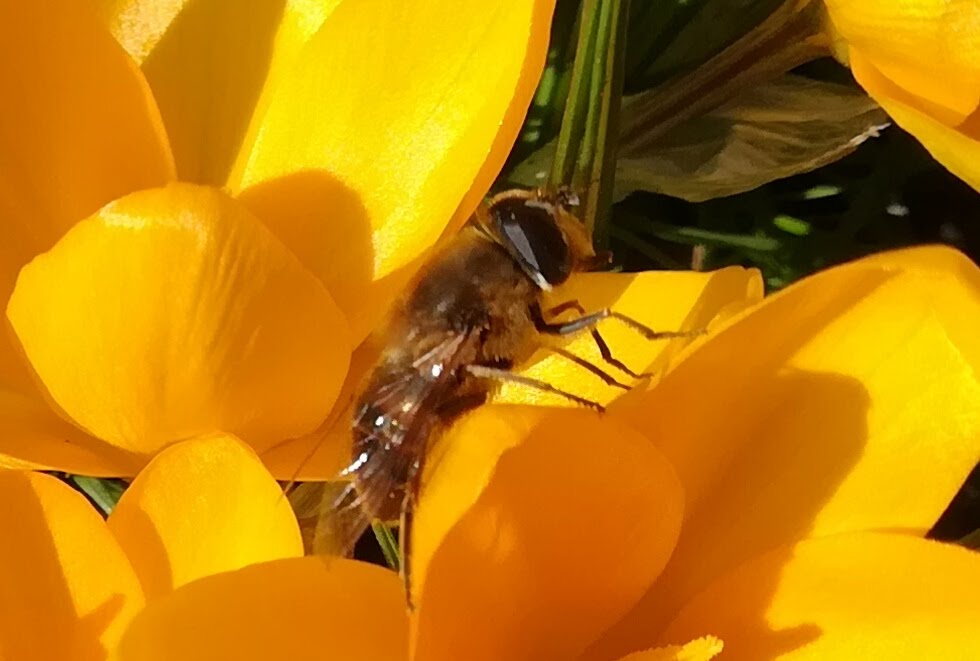 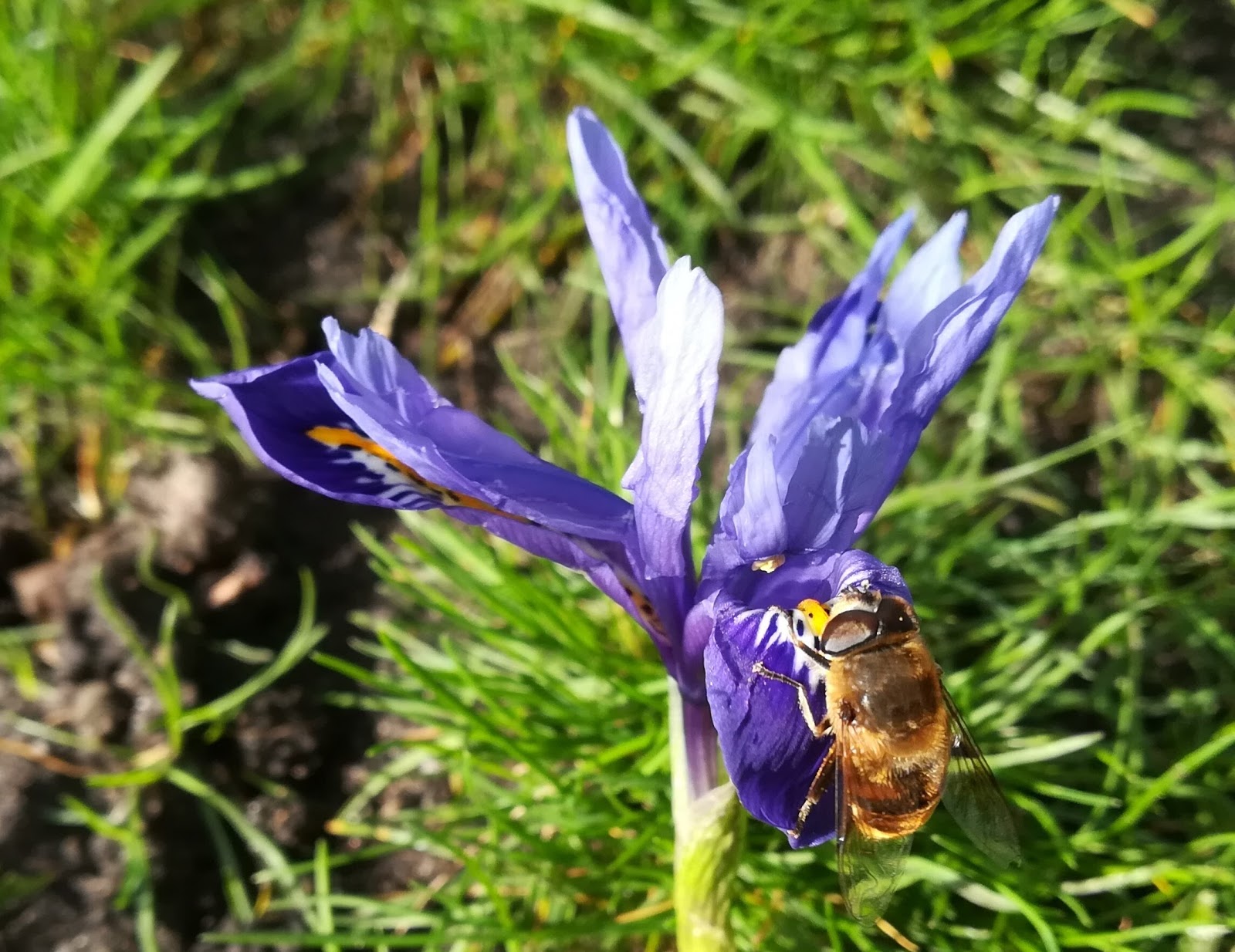 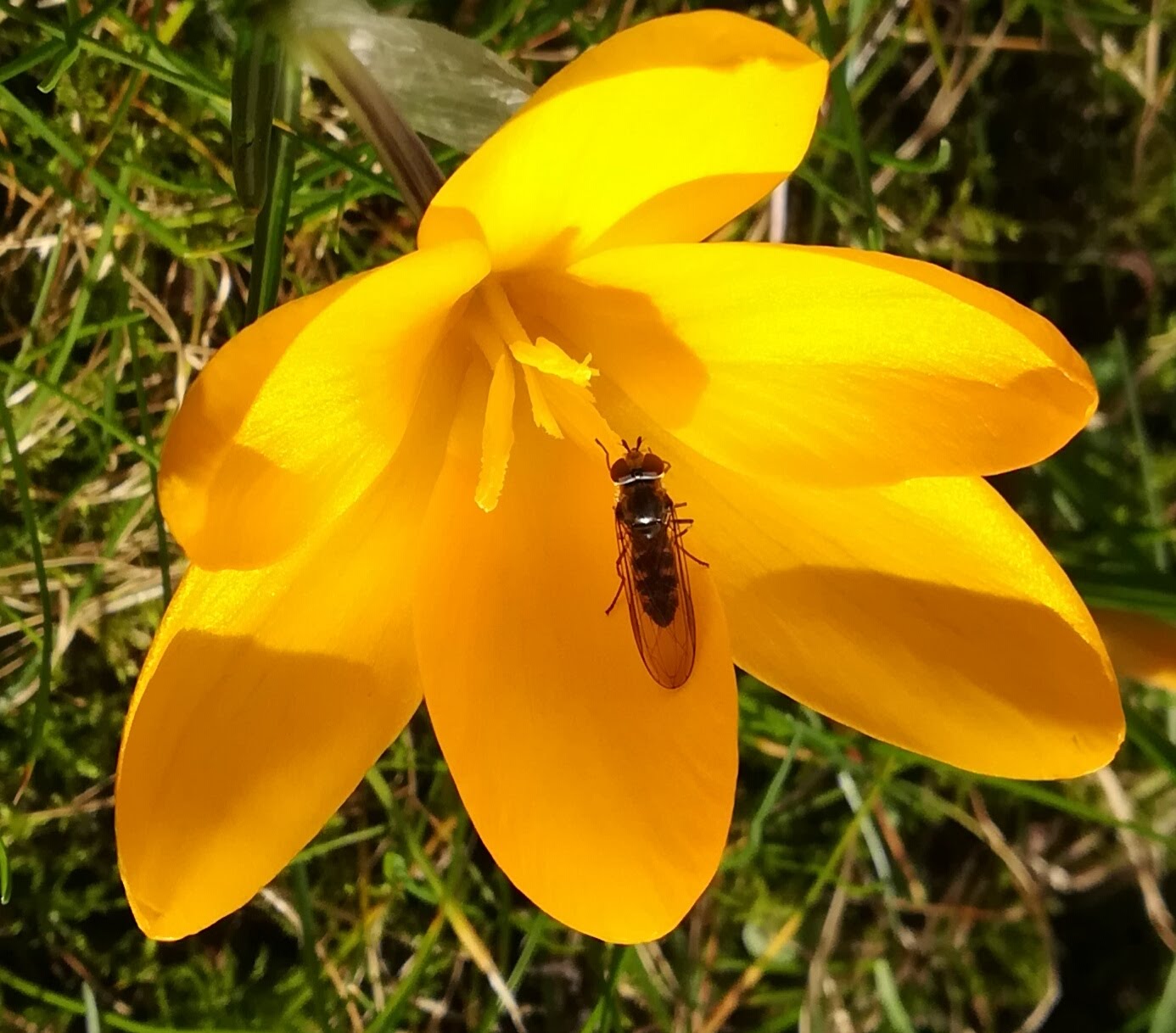