Compared to last week, when I missed our first club games of the 2019 season due to doing rock and roll things in Bristol under blazing skies, you never would have thought that a grey and slightly chilly day like today would be a good day for cricket.

But as it turned out, it was.

Wishing to be punctual for a change I got my wires crossed and got the start time wrong; I ended up being two hours early and found myself helping out with a junior coaching session, acutely aware that the 11 year olds had far more natural talent than I'll ever have.

It was the first fielding practice of any kind I've had in 8 months.

So to the match, our annual friendly with Upton which has moved to pre-season rather than post season and to Newark's ground rather than Upton's. Mindful of a lengthy conversation with our skipper the other night when he said I shouldn't open the bowling, I was rather baffled to find myself...er...opening the bowling only I didn't know and the match was held up for a few minutes until I realised that was what I was supposed to be doing.

And then of course, I bowled the usual no-ball.

Bowling outside for the first time is just so different from nets, the ground feels different, the wind is there, there's so much more space. I found myself bowling rather quicker than I'm used to, and rather than swinging in as my bowling normally does, it was swinging out and also moving miles off the seam when it pitched. A rather harsh umpire called a few of these wides, but I also had their opening bat caught at short cover and blew the ball endlessly past the outside edge of the number 3 without getting him to nick the darn thing.

The 11 year old then castled the other opener while bowling rather straighter than me, but fair play, I bowled 6 overs 1 for 22 and didn't get hit for any boundaries.

Our other youngsters were equally if not more capable, and after an enjoyable 40 overs they closed at 169 for 8. It was yay! then time for tea, and a chance to take some photographs as our opening bats scored runs at a high rate. Not much nature about though, as it was dratted cool. Chiff chaffs are singing at the ground though, and buzzard keening could be heard.

I ended up umpiring for a while as well, having spent the previous evening learning all my signals, and even got to give my captain out, although as he hit it to midd off it was hardly a contentious decision and I only raised my finger because I'd always wanted to do that.

The main signal I did was "WIDE" and then I was too encumbered with bowler's sweaters to do it properly.

Anyway, despite a late tumble of wickets we won by 4 wickets fairly easily and I wasn't needed to bat. Well I was, but I only had a chance to put one pad on before my colleague with modern velcro fastenings got out there before me to face one ball before the match was over.

So a strong start for us, against a good side, and one that augurs well for our younger players although I felt very creaky in the field and have somehow given myself rope burns while putting the boundary out.

All text and images copyright CreamCrackeredNature 28.04.19 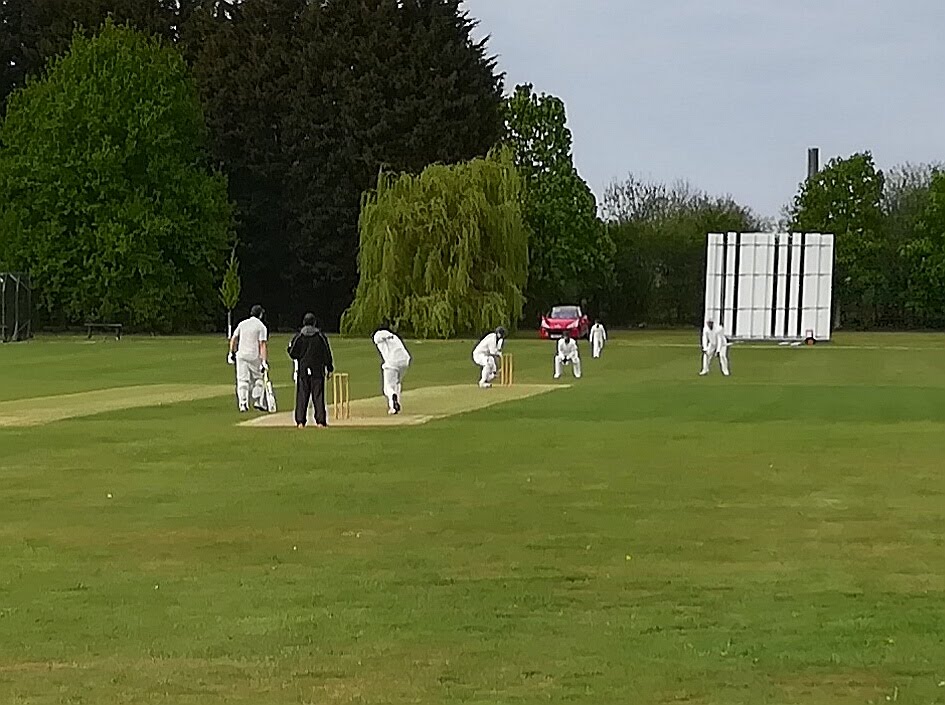 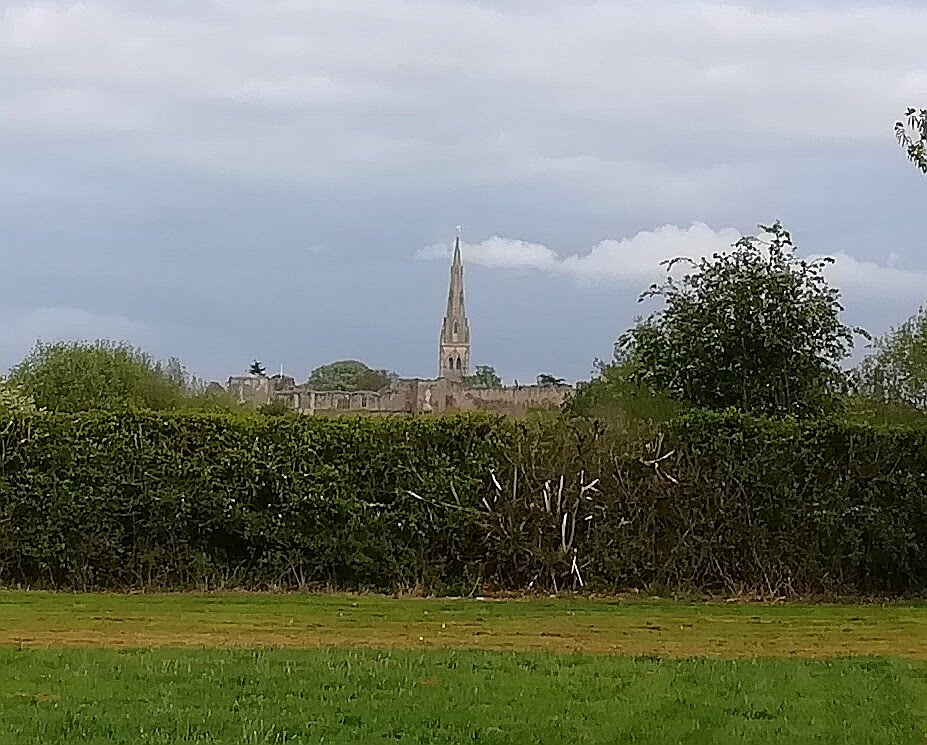 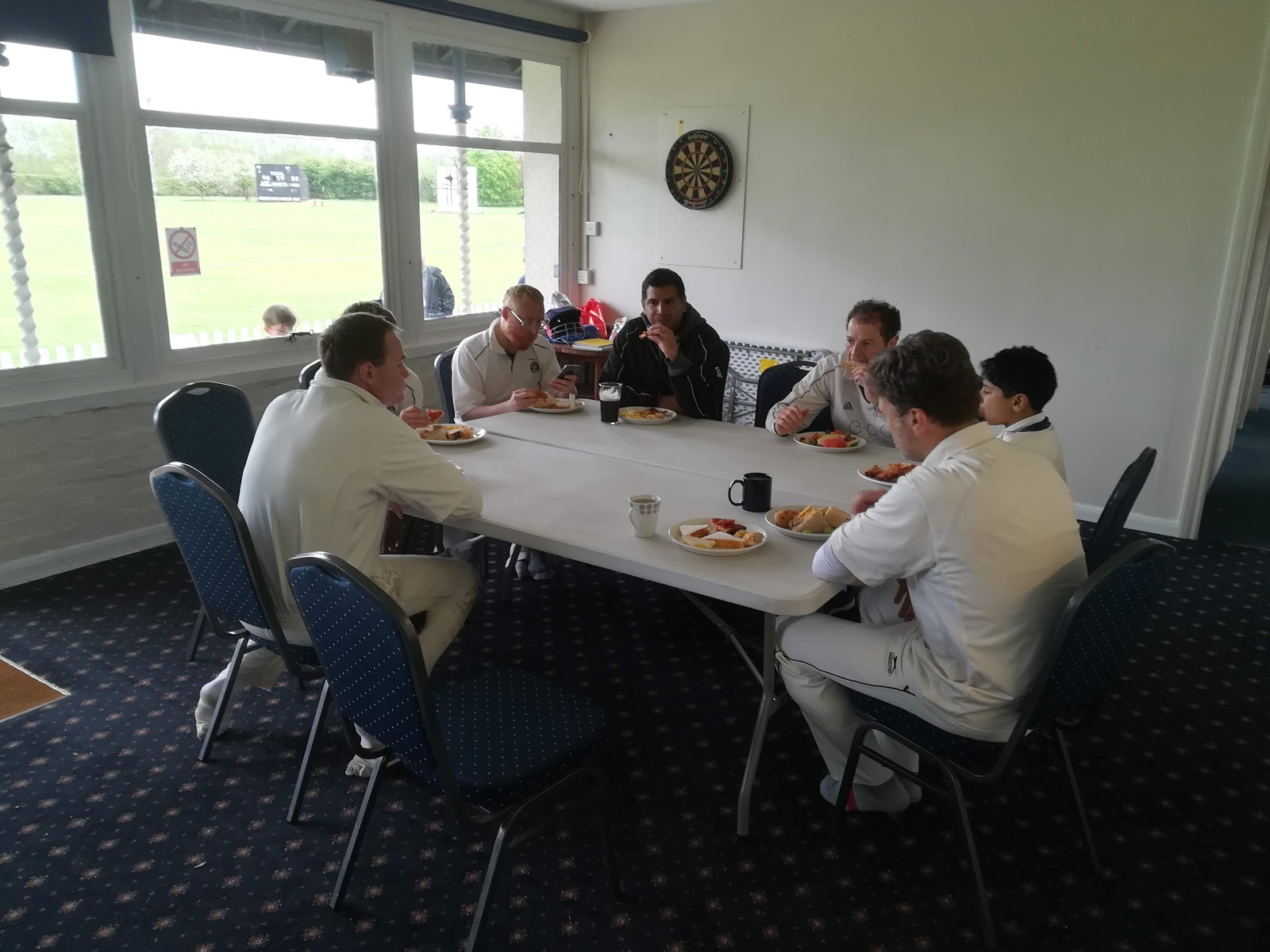 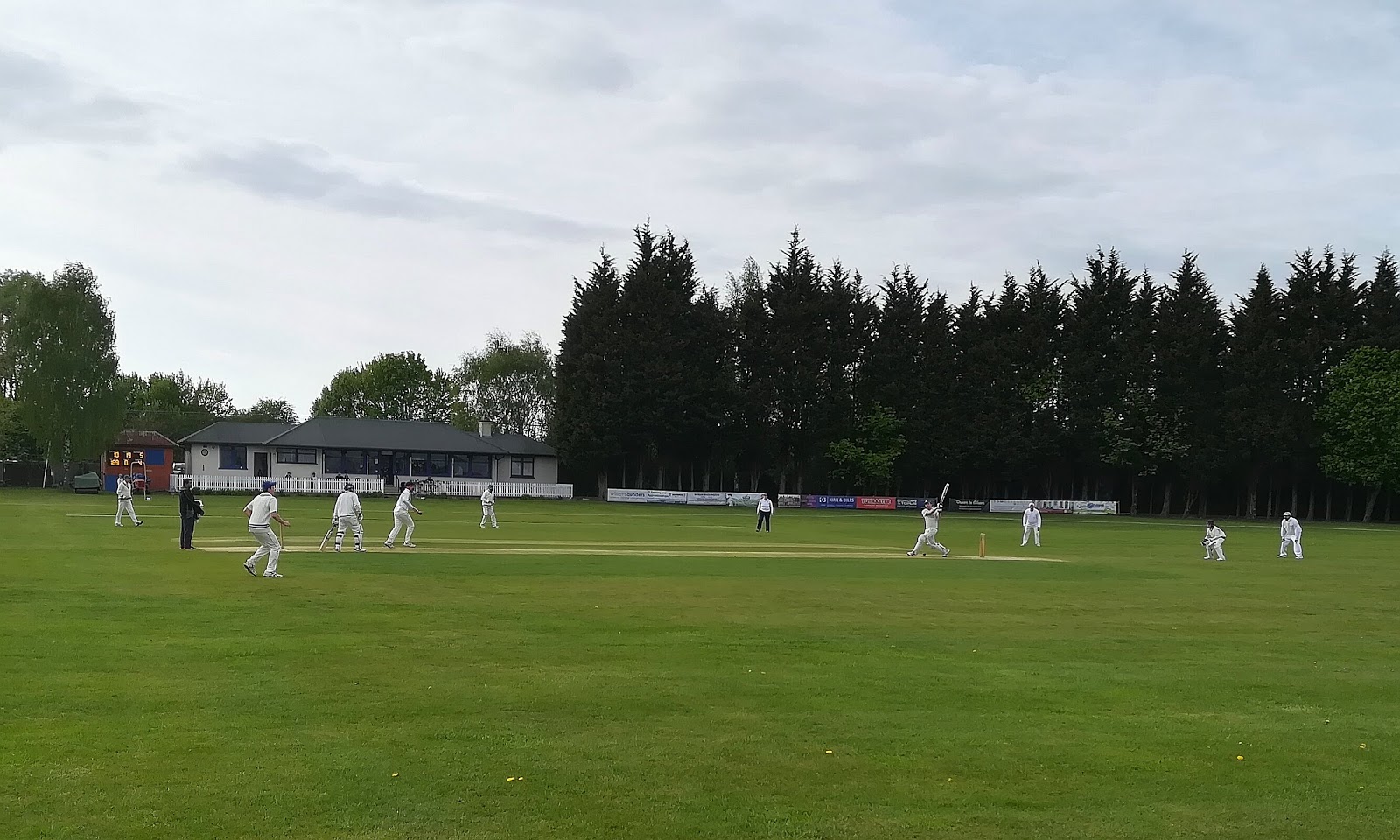 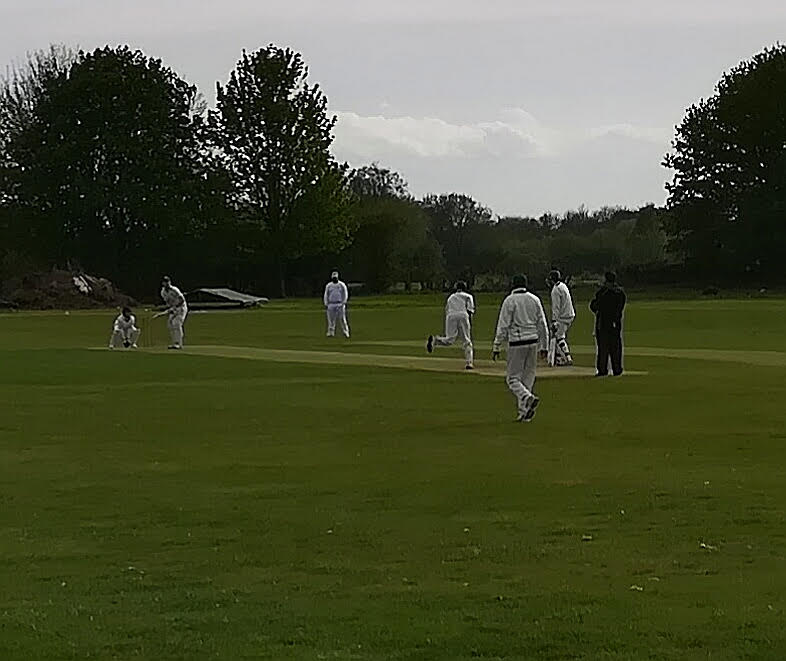 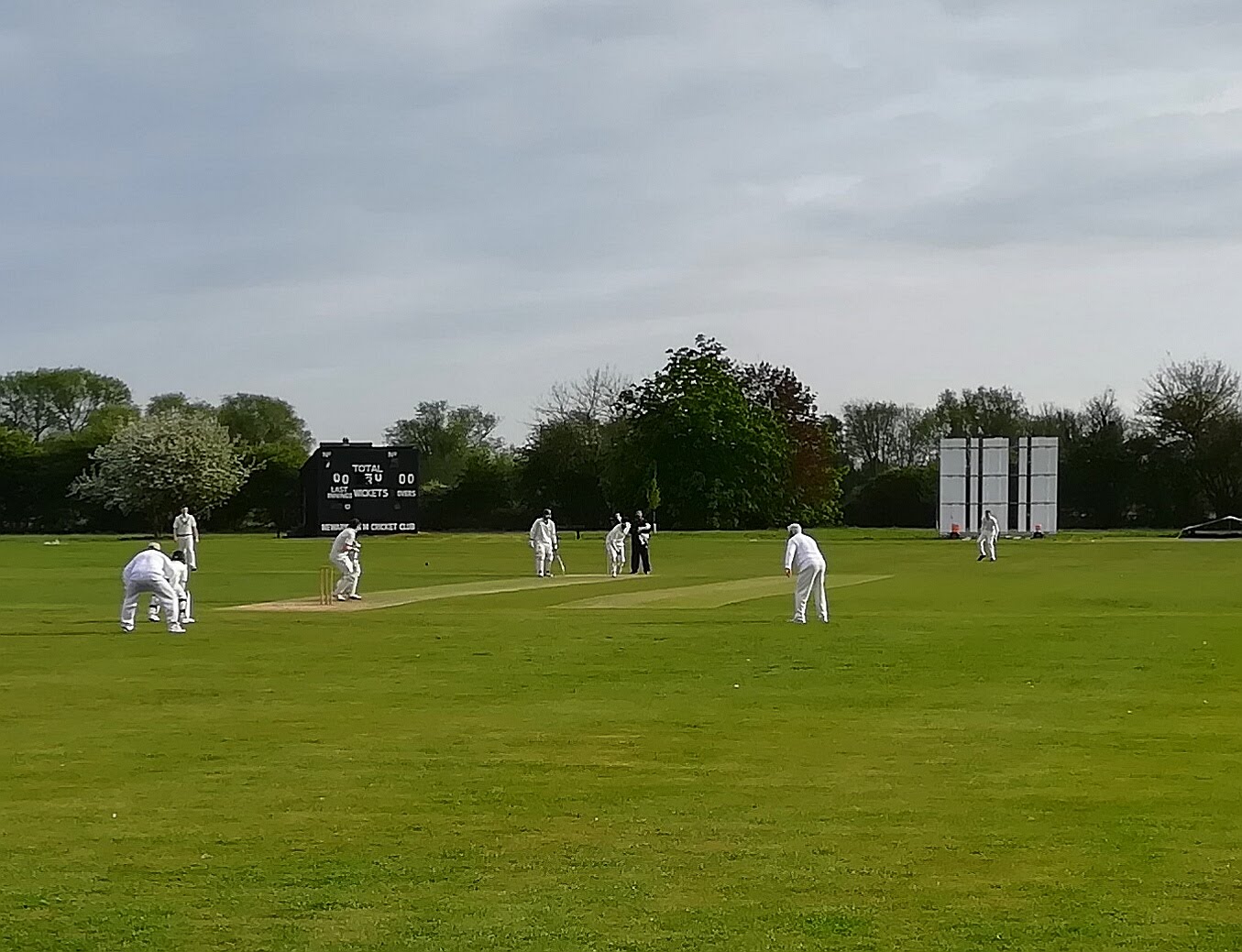