Yes, I thought it was time to head out again, on my de facto single speed bike, on another attempt to visit the villages I failed to on SAturday.

I decided to miss out the first bit of the cycle path today, hoping to avoid the glass strewn bridge which caused my puncture. I joined the Sustrans 64 further down, near the new wind farm, and hald rolled on for a couple of kilometres when I got that now familiar sinking feeling of a deflating rear tire.

I wondered if it was due to the valve not being tightened, and used my handpump to get some pressure back in, but after riding back homewards and having to pump the thing up 3 times, I realised I was going to have to swap the inner on the road again, this time in HAwton village.

So, after the usual stress of getting the tire back on, sat cross legged covered in oil from the chain, I rode back in and decided to have a little walk down the cemetery again. Which was worth doing, as the wild garlic is now out - gosh the leaves smell strong - and some meadow saxifrage has now appeared as well.

The forget me not is lovely, complete with tawny mining bee, the primroses are still going strong and the sun was bright through the blossom. 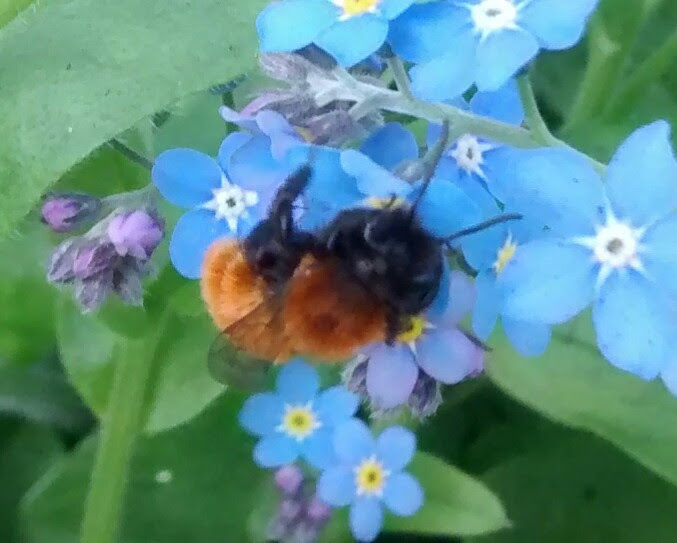 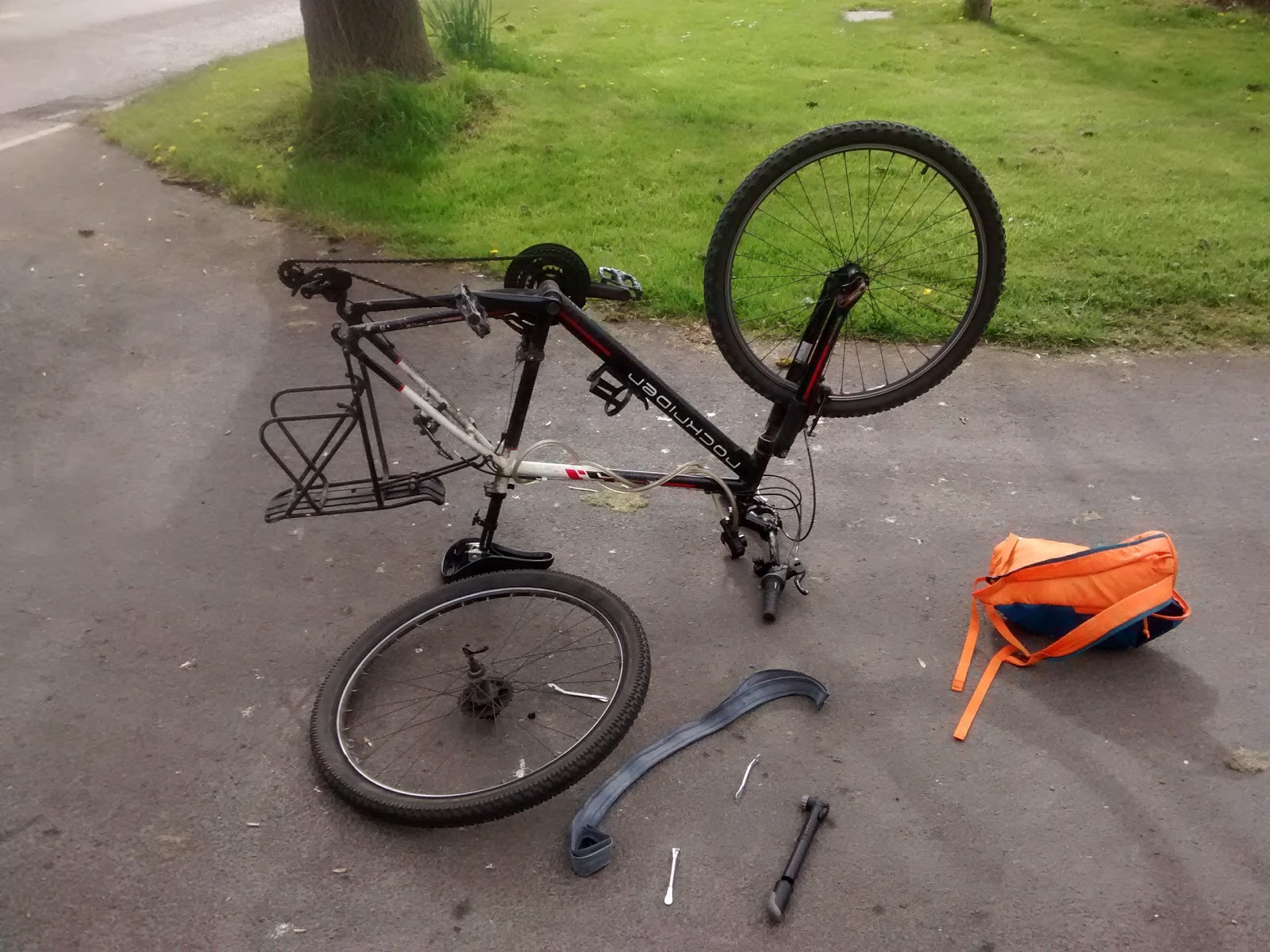 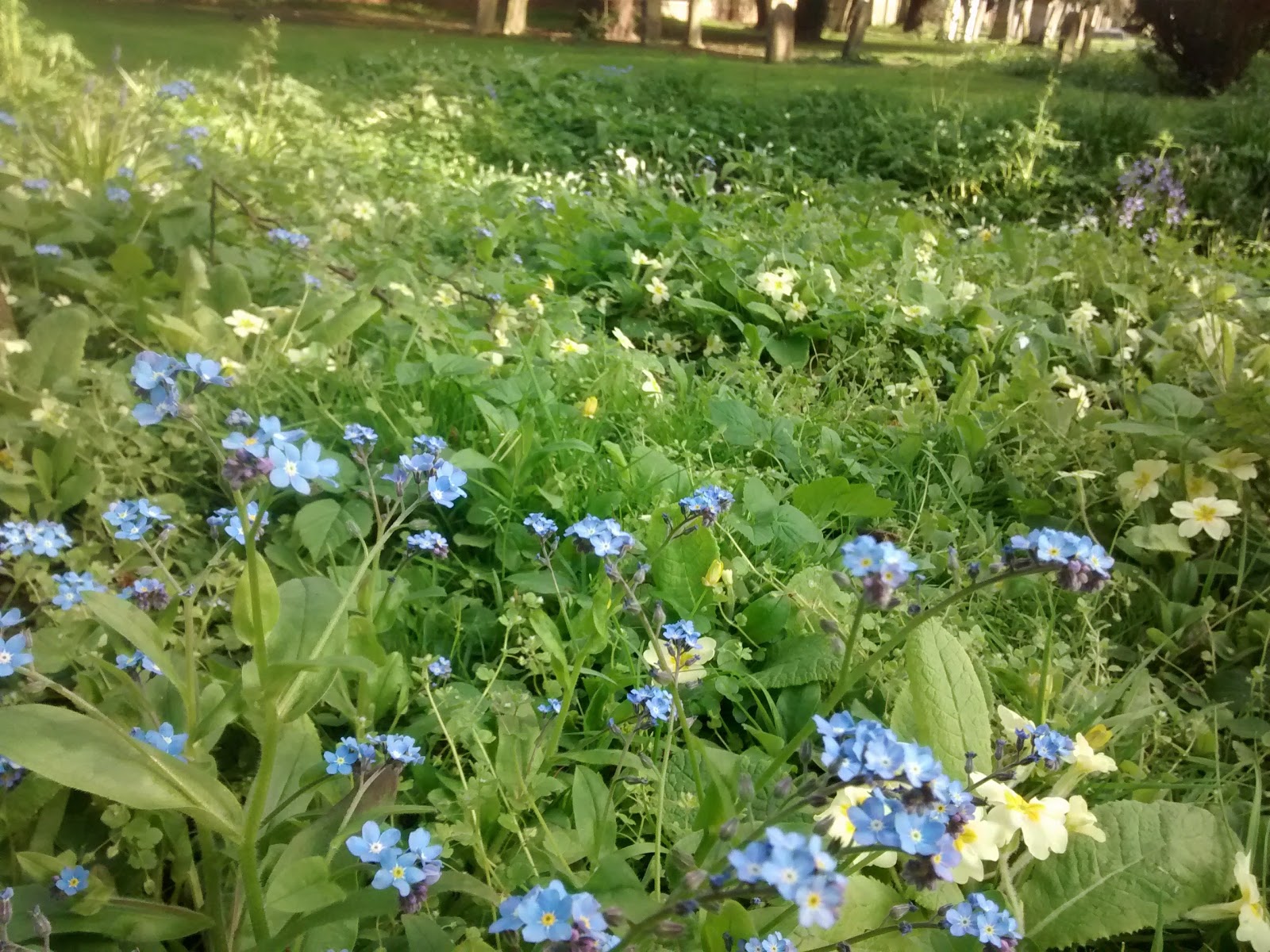 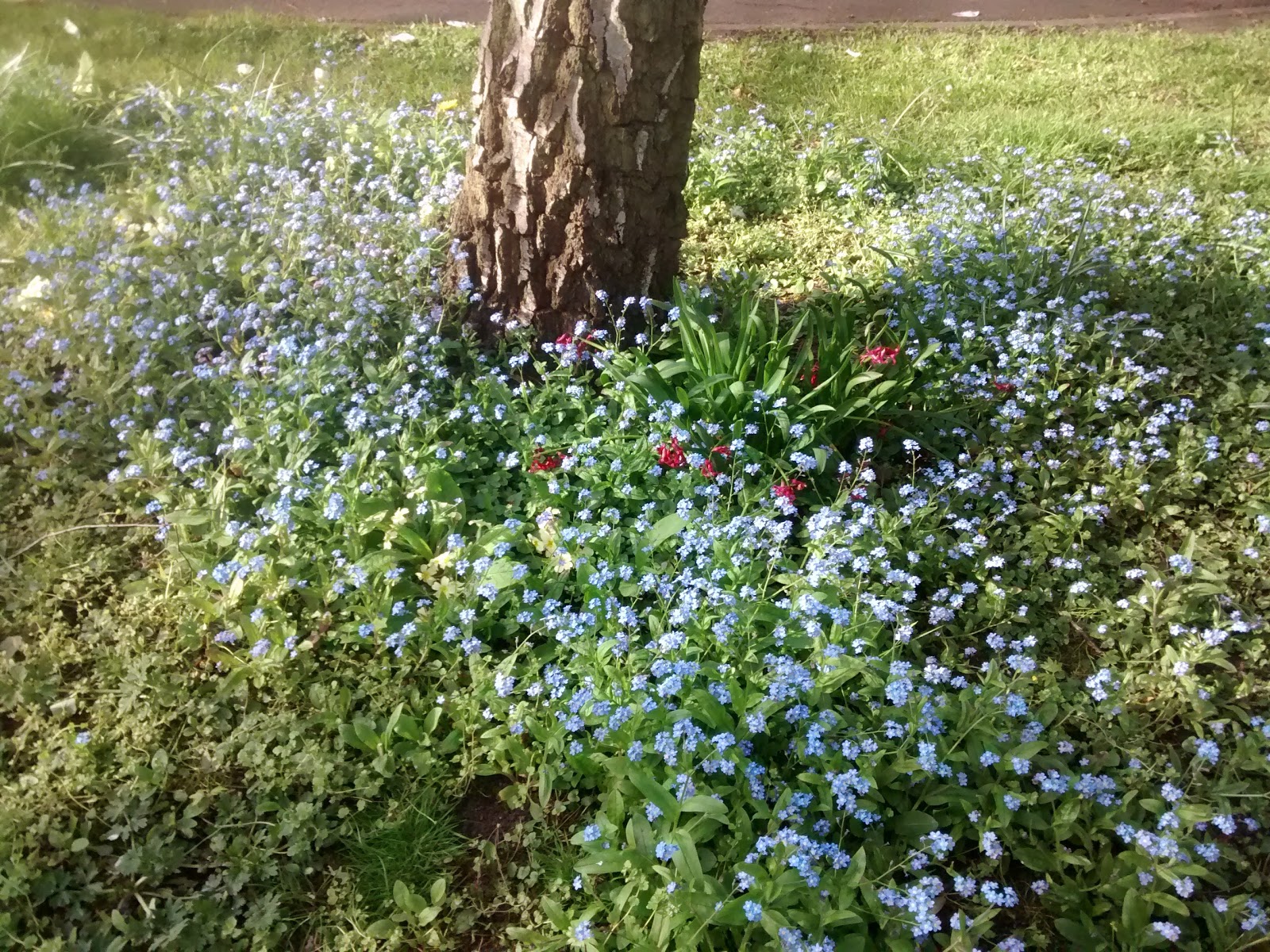 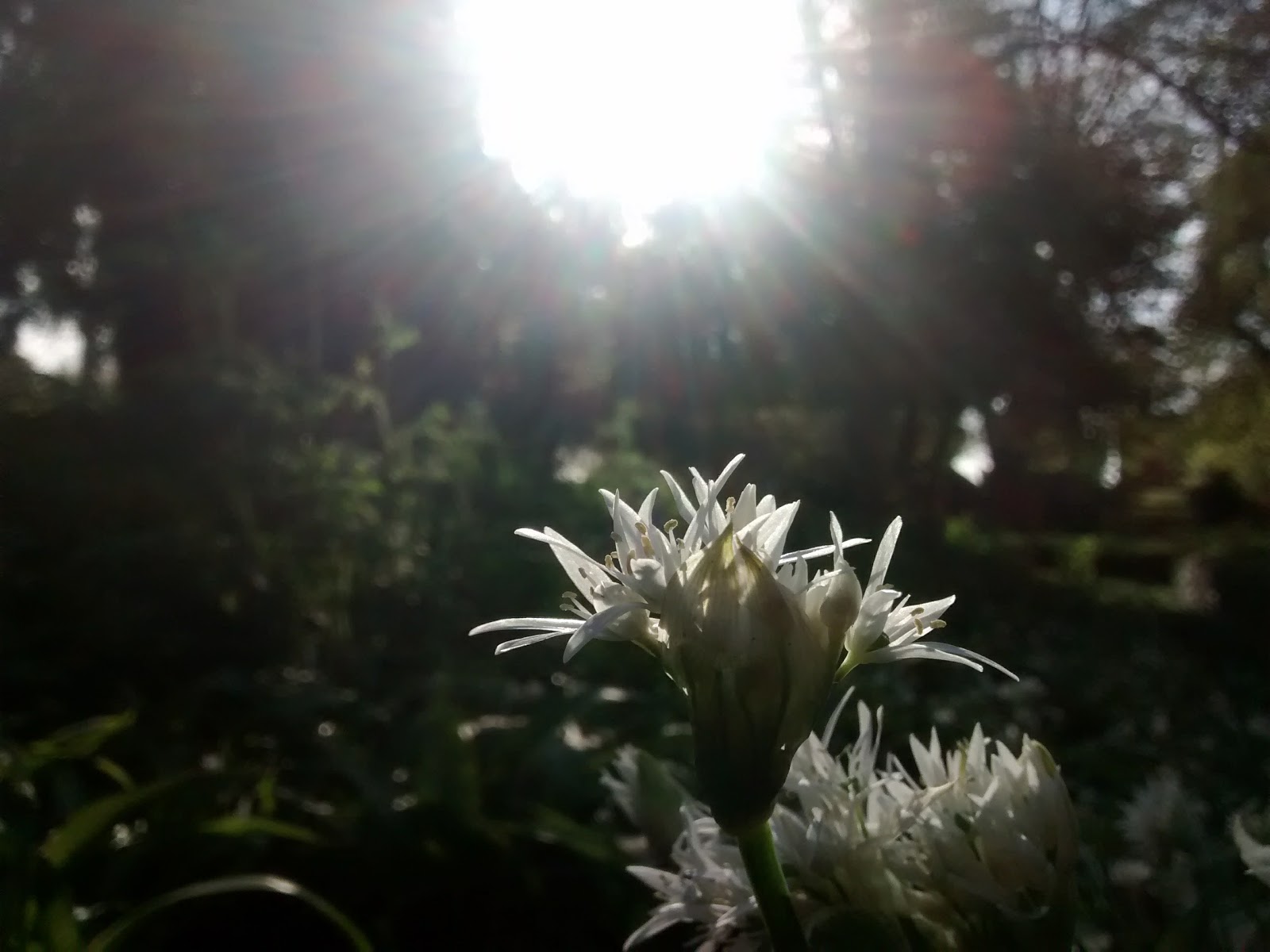 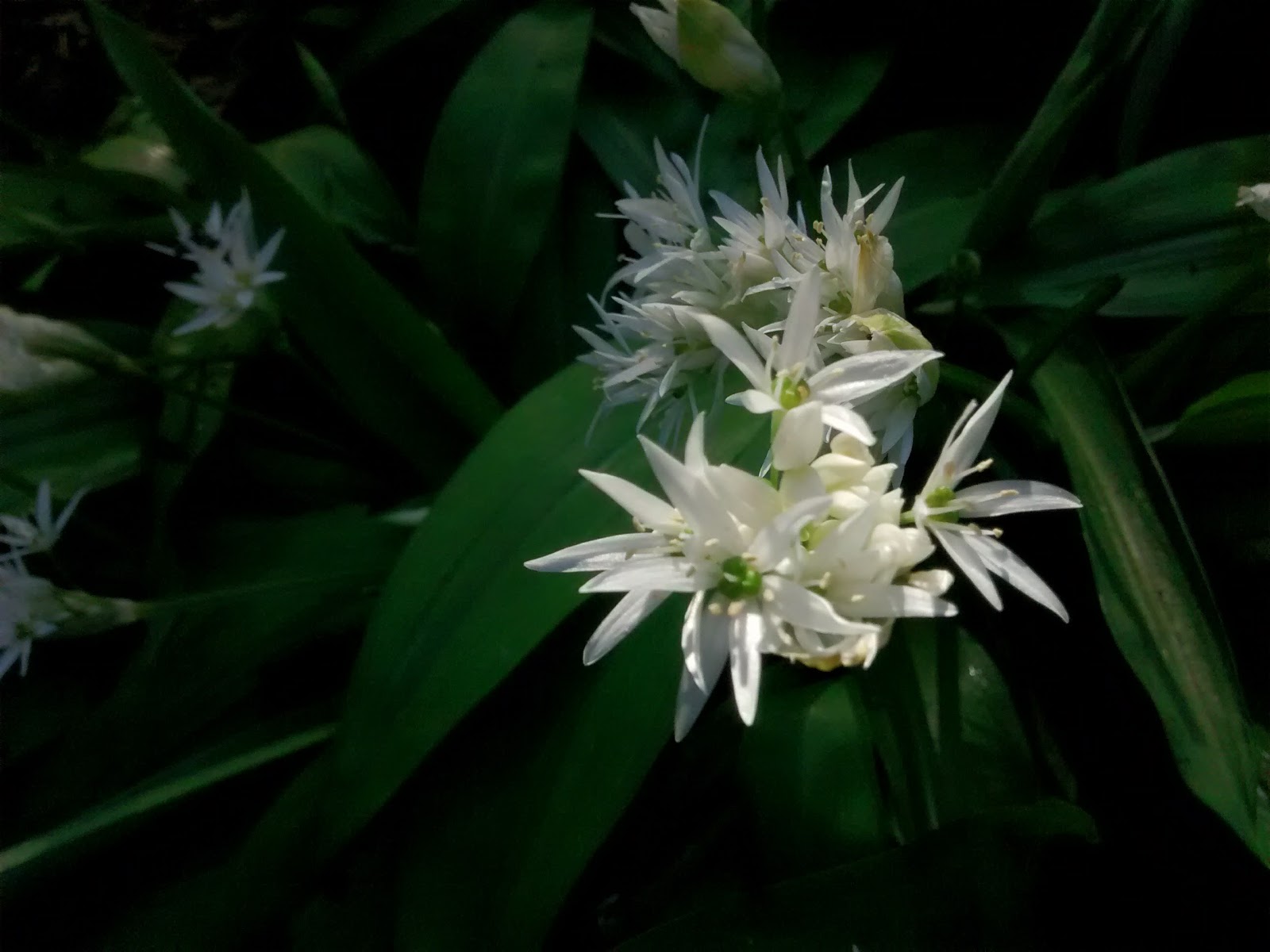 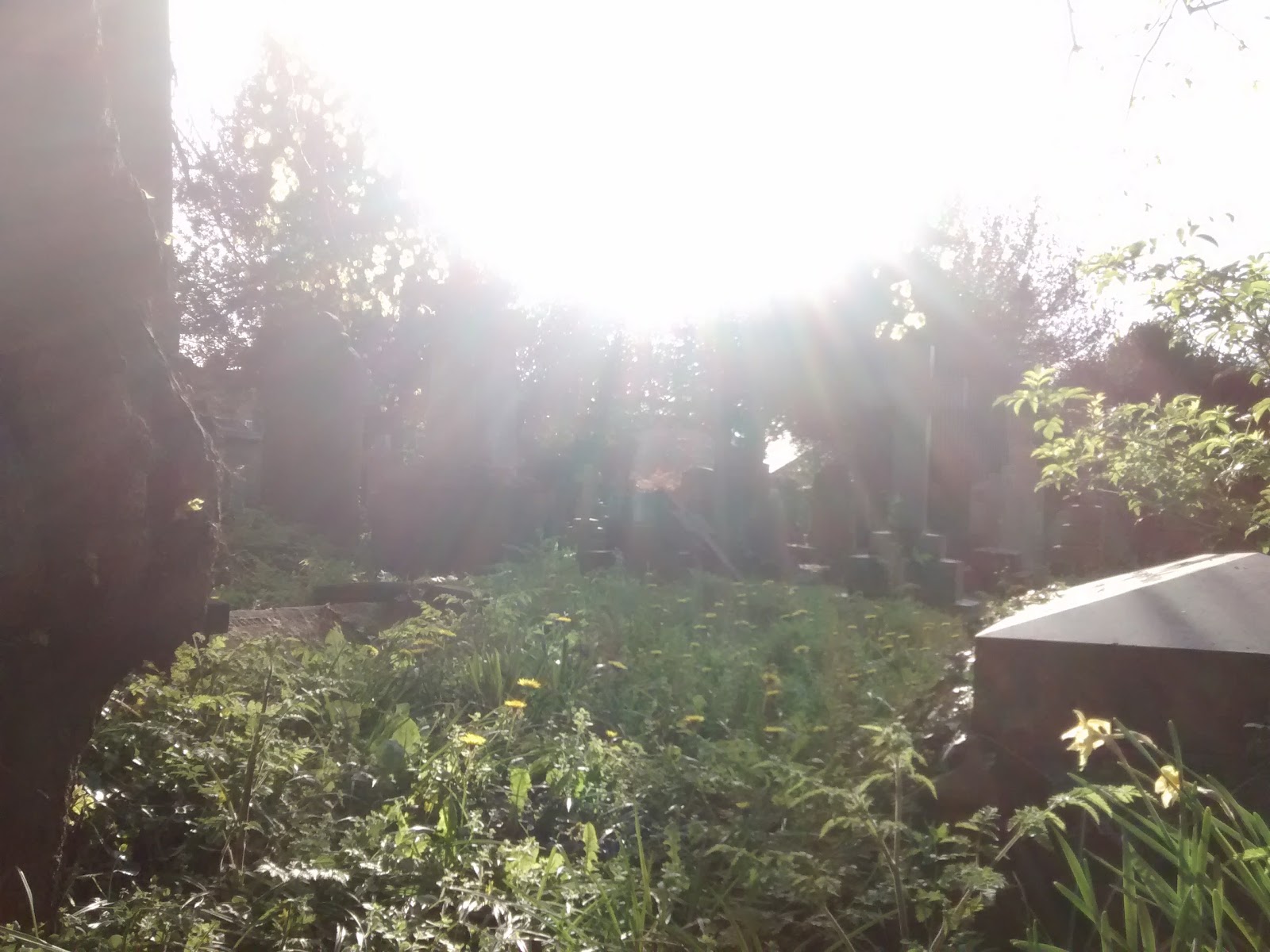 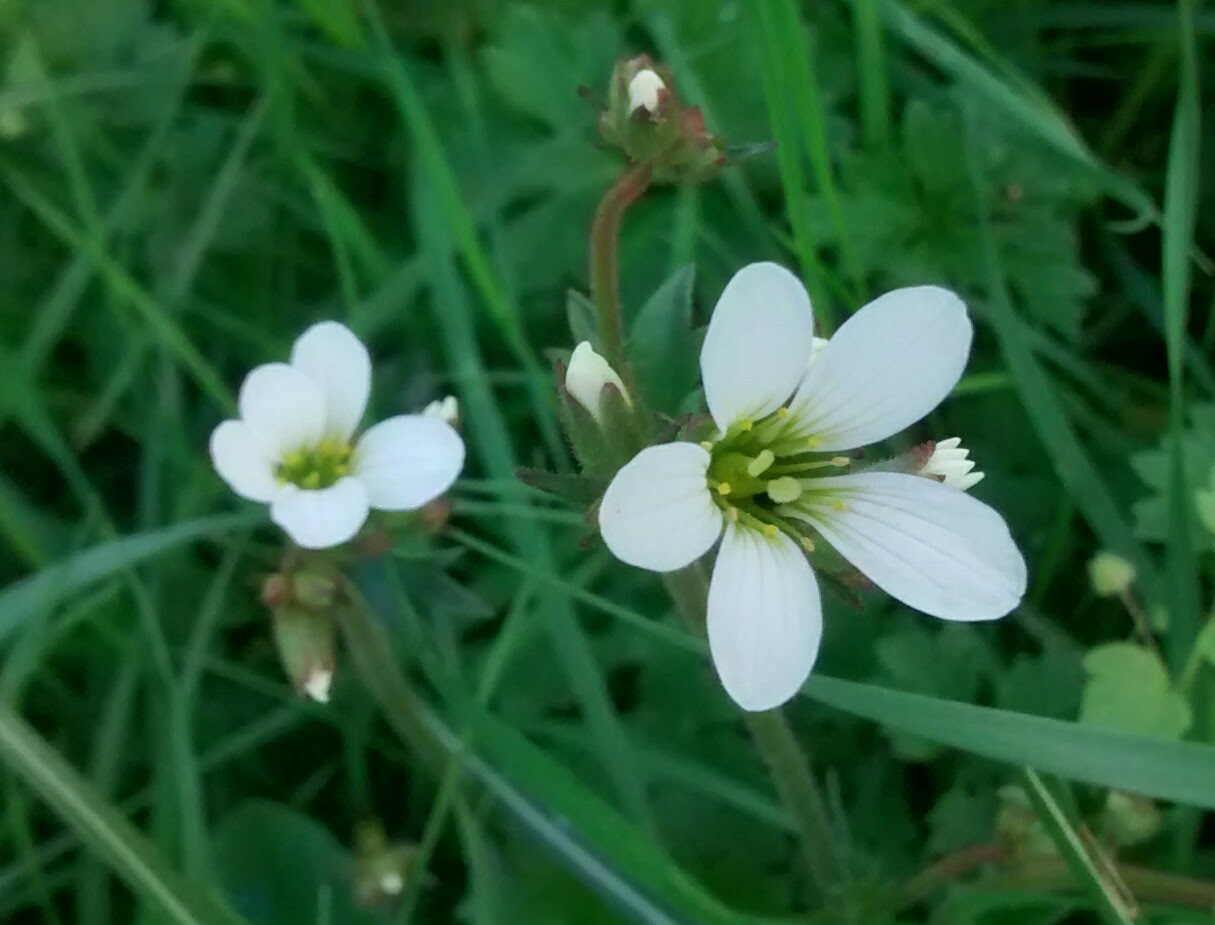 Posted by Simon Douglas Thompson at 13:16