I'm used to coming across the owls and hawks from Kilton Raptor Rescue in town, but today, their owlular rivals from Lincoln Owl Rescue showed up with their feather babies, all of which had registration plates on the ground with their names on.

It was all very surreal because on the next stall, a couple of people from the FT were interviewing a E-Liquid stall owner about his Brexit views - he was all for it - while I rolling around on the ground taking shots of the owls, which as usual were being totally uncooperative about looking at the camera. The only exception to this was the tiny, but terrifying, buck-beaked thrush sized "thing" sitting on the sign.

It did love being stroked though!

All text and images copyright CreamCrackeredNature 25.05.16 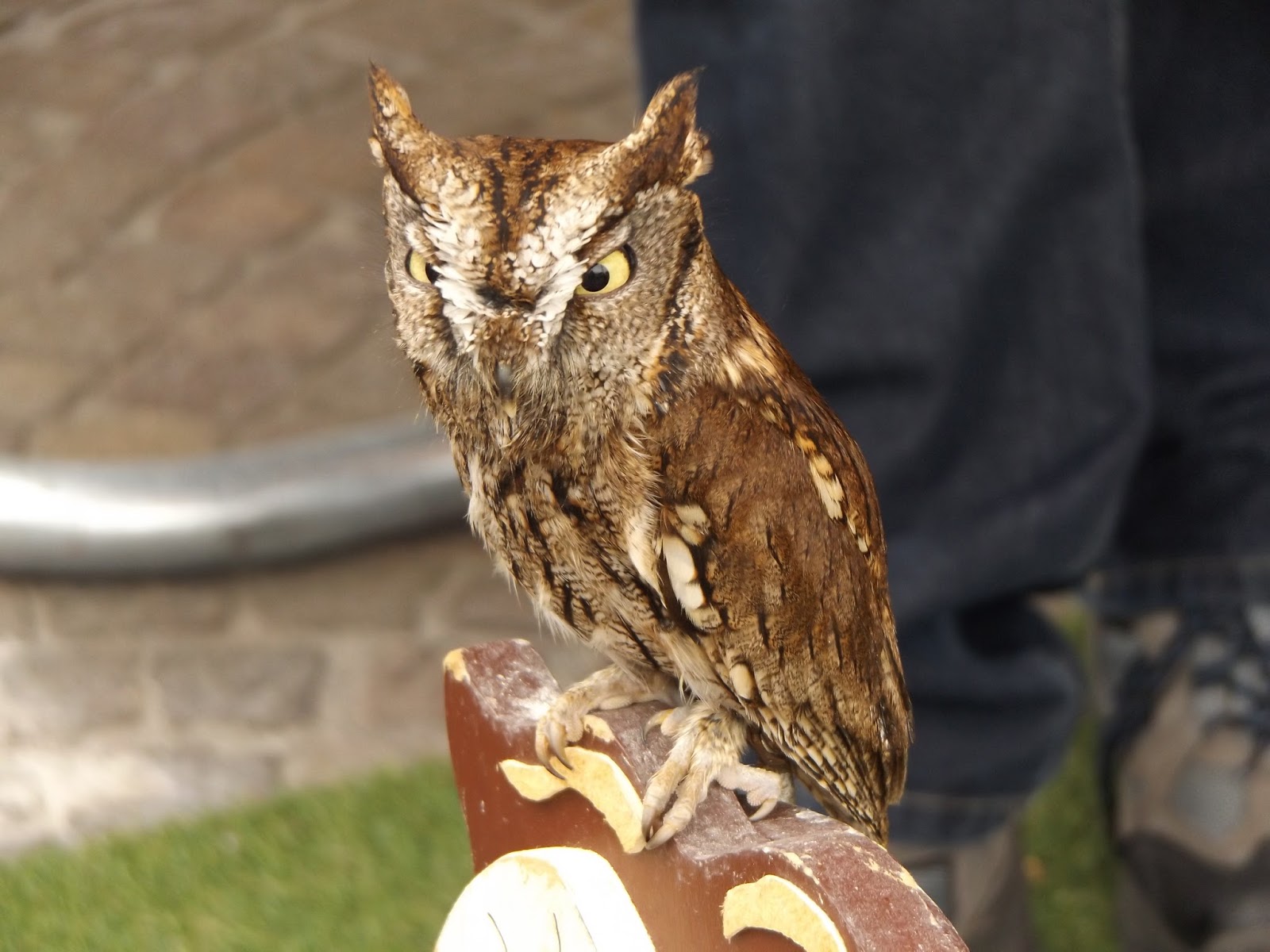 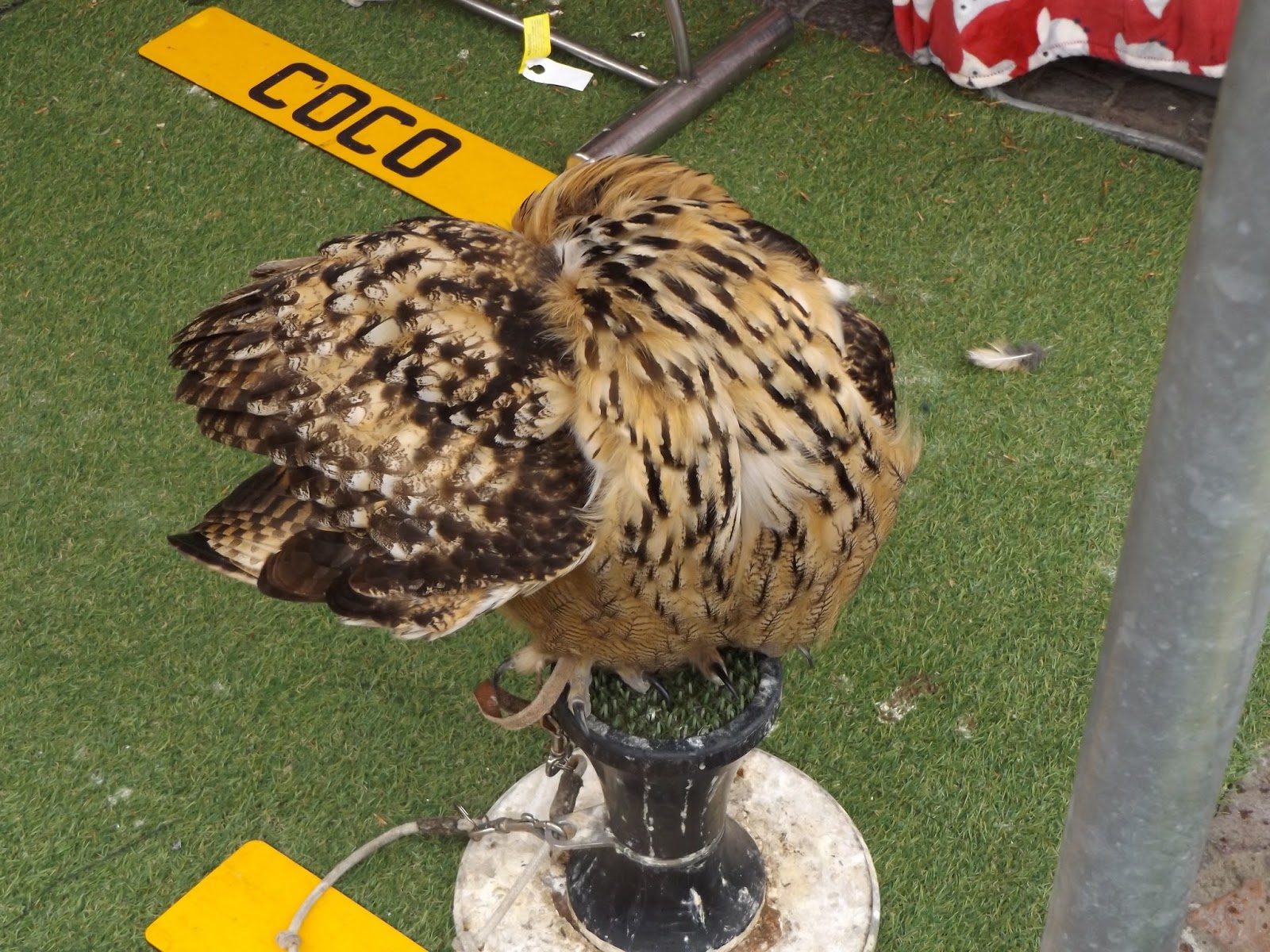 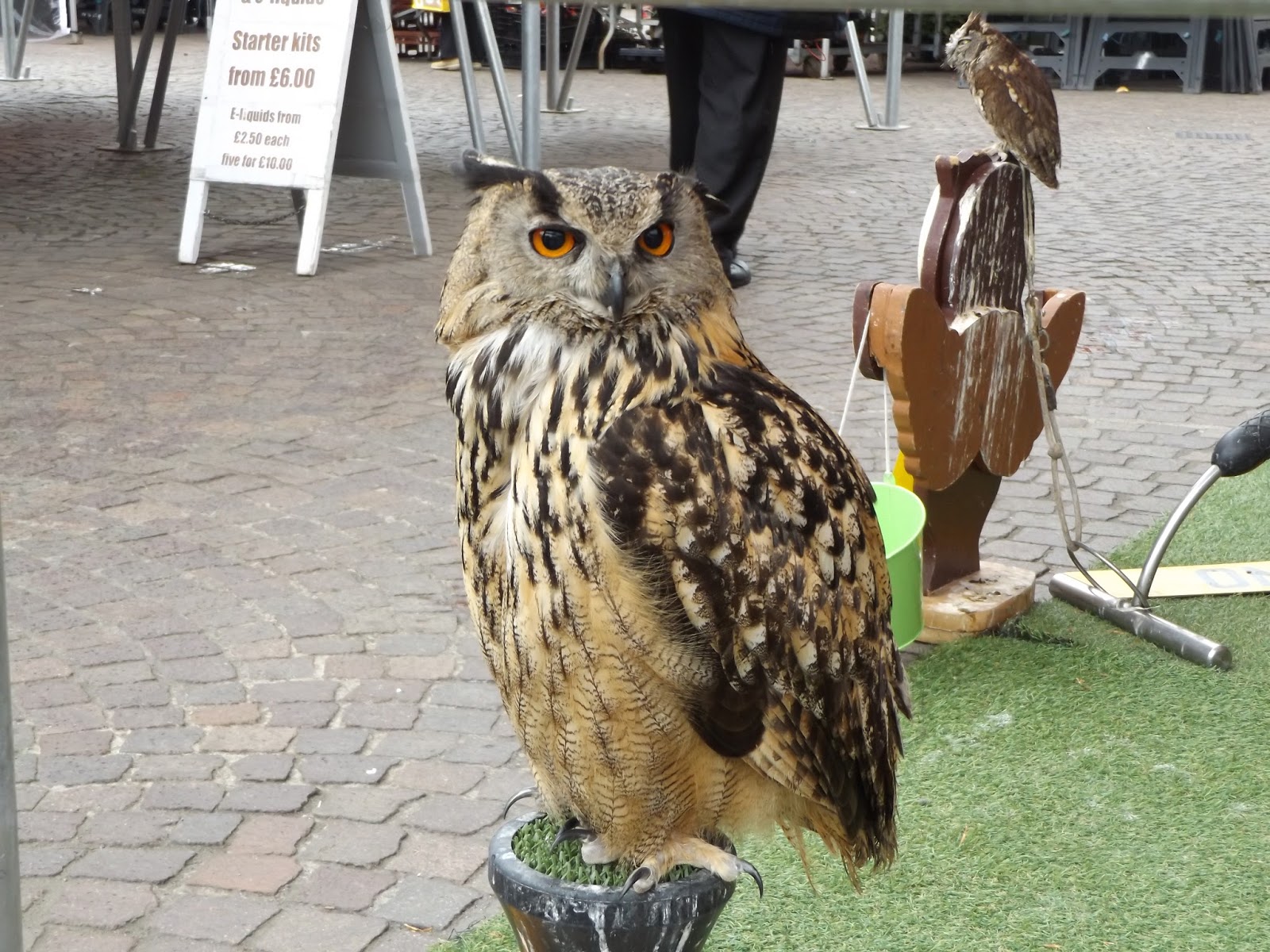 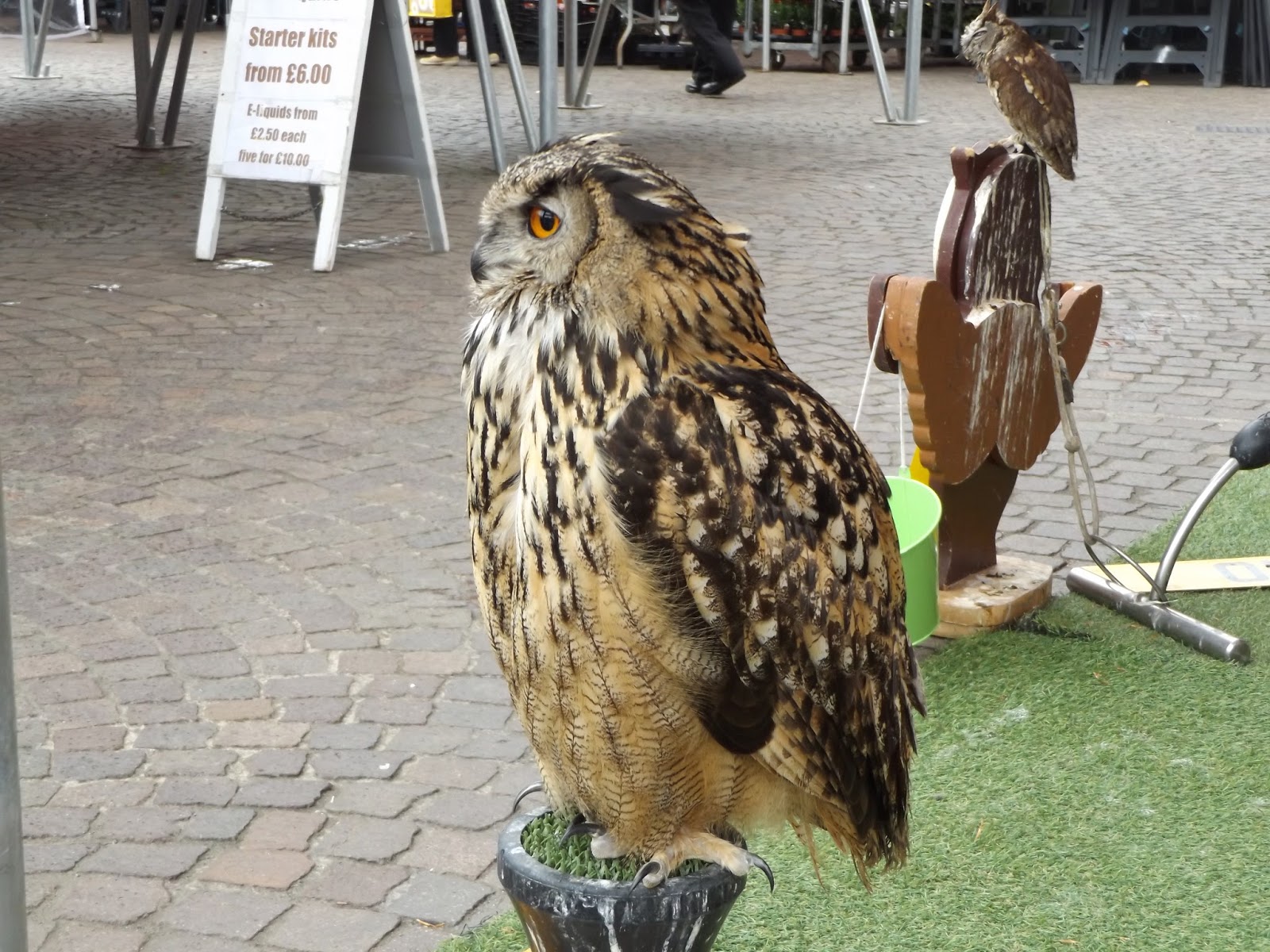 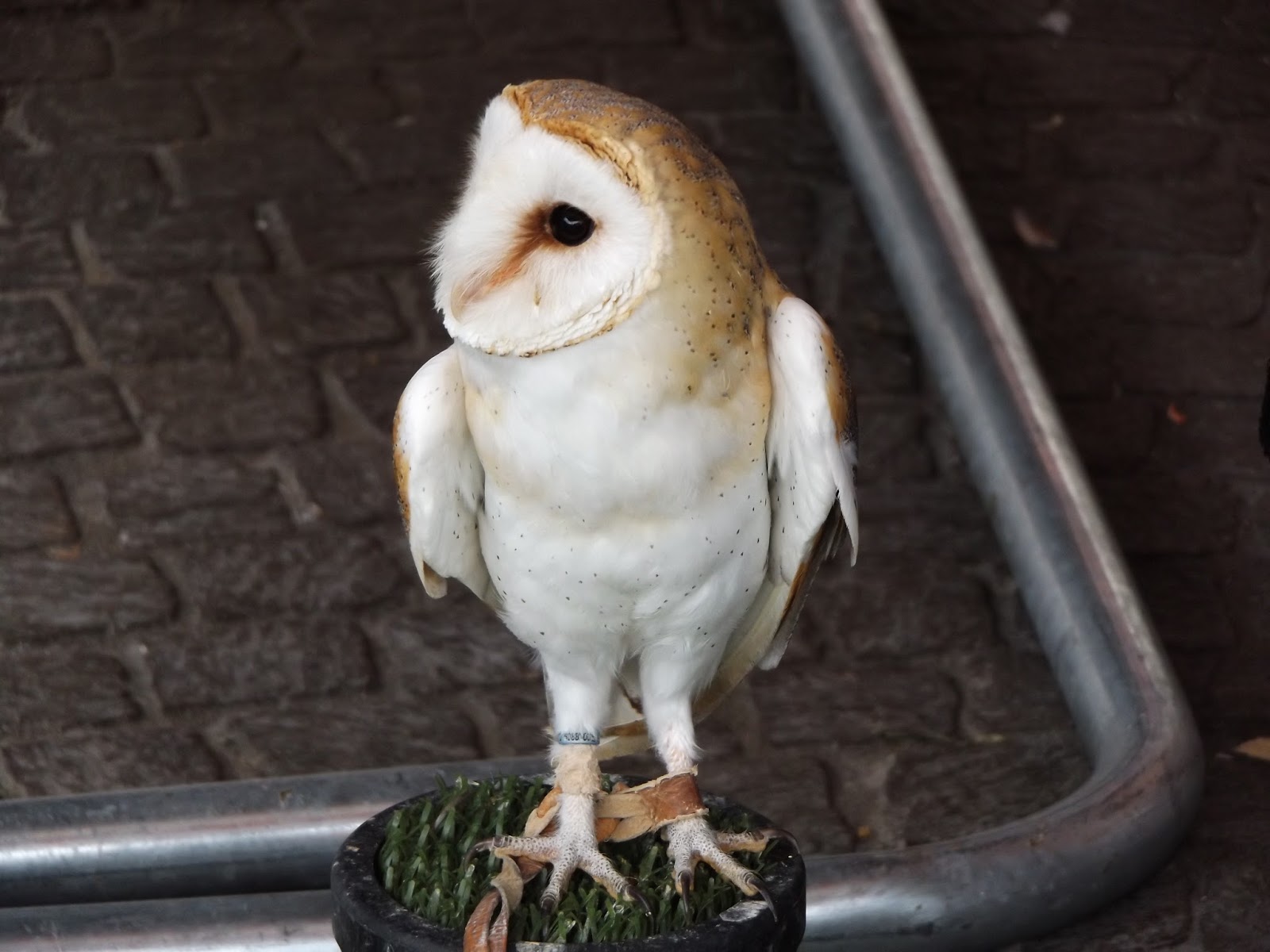 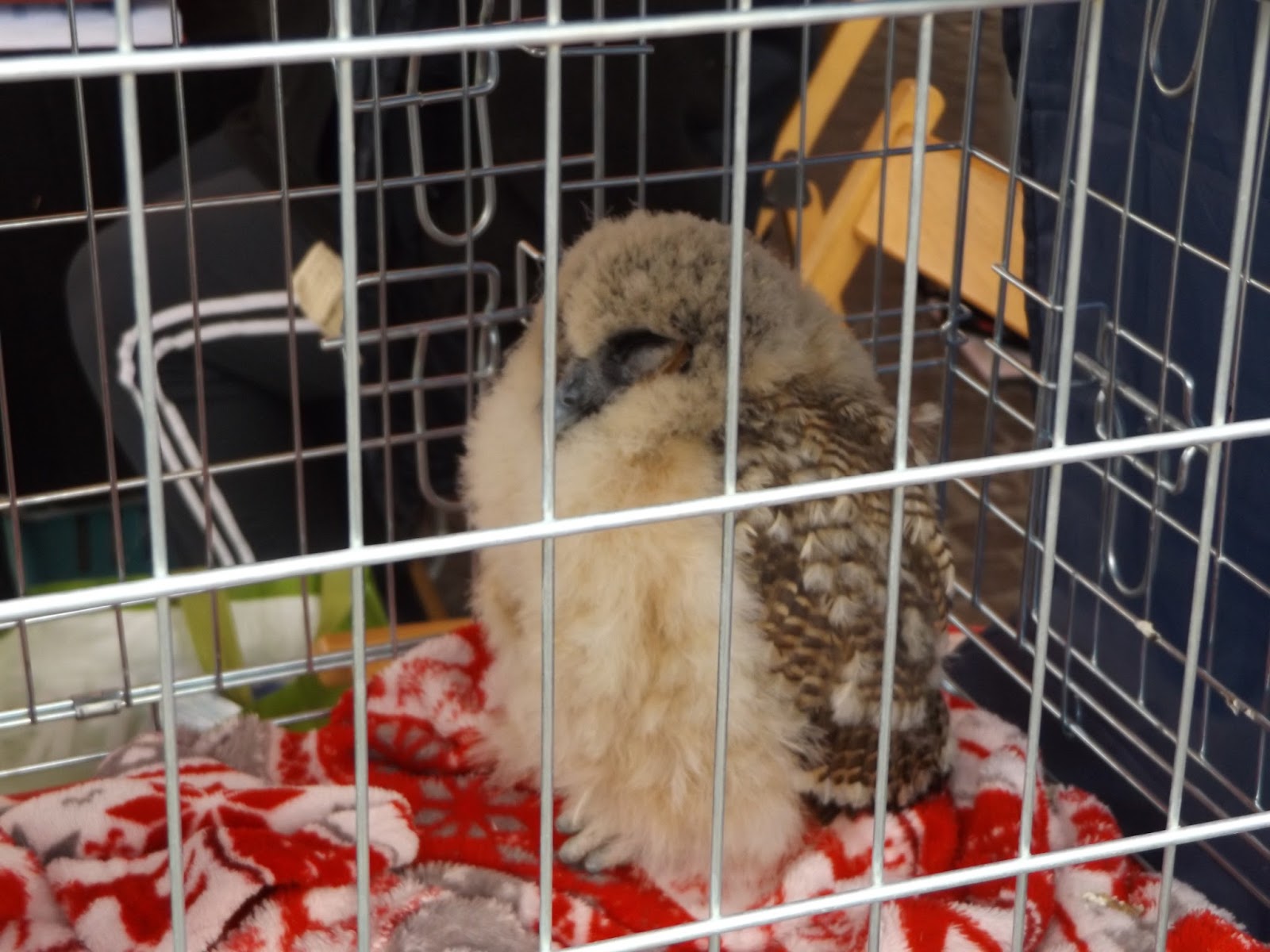 Posted by Simon Douglas Thompson at 14:17