Of Cuckoos and Butterflies

Again I've been hurtling around again today, buying my fruit for my work lunches - disappointingly I don't appear to have dropped a stone yet - and completing my fourth ten kilometre run in four days, a better performance than I've managed in a while.

My run took me exploring the lanes around the Sustrans 64 cycle path, and discovered that the long awaited bridge over the under construction relief road has appeared in all its rather boxy glory. Still not complete yet, four months behind schedule, so my main running and cycling route to the South is still closed to me, and it would appear a large amount of hedgerow habitat has been destroyed.

It wasn't a pretty run, and yielded no photographs, apart from a distant shot of two alpacas I found in a field.

This morning however was much better at Sconce Park. It was still quite warm and bright, I identified the wildflower honesty for the first time and I timed it at just the right time to catch butterflies and bees just waking up.

I found this large bumble very sluggishly sitting on bluebell, although it got a bit livelier while I watched it. It's not sporting a pollen basket, and it seems longer in the body than a normal bumble, and factoring in the lemon yellow "darts" on the white of the abdomen makes me believe it's actually a cuckoo; a vestal or a gypsy cuckoo bumblebee. 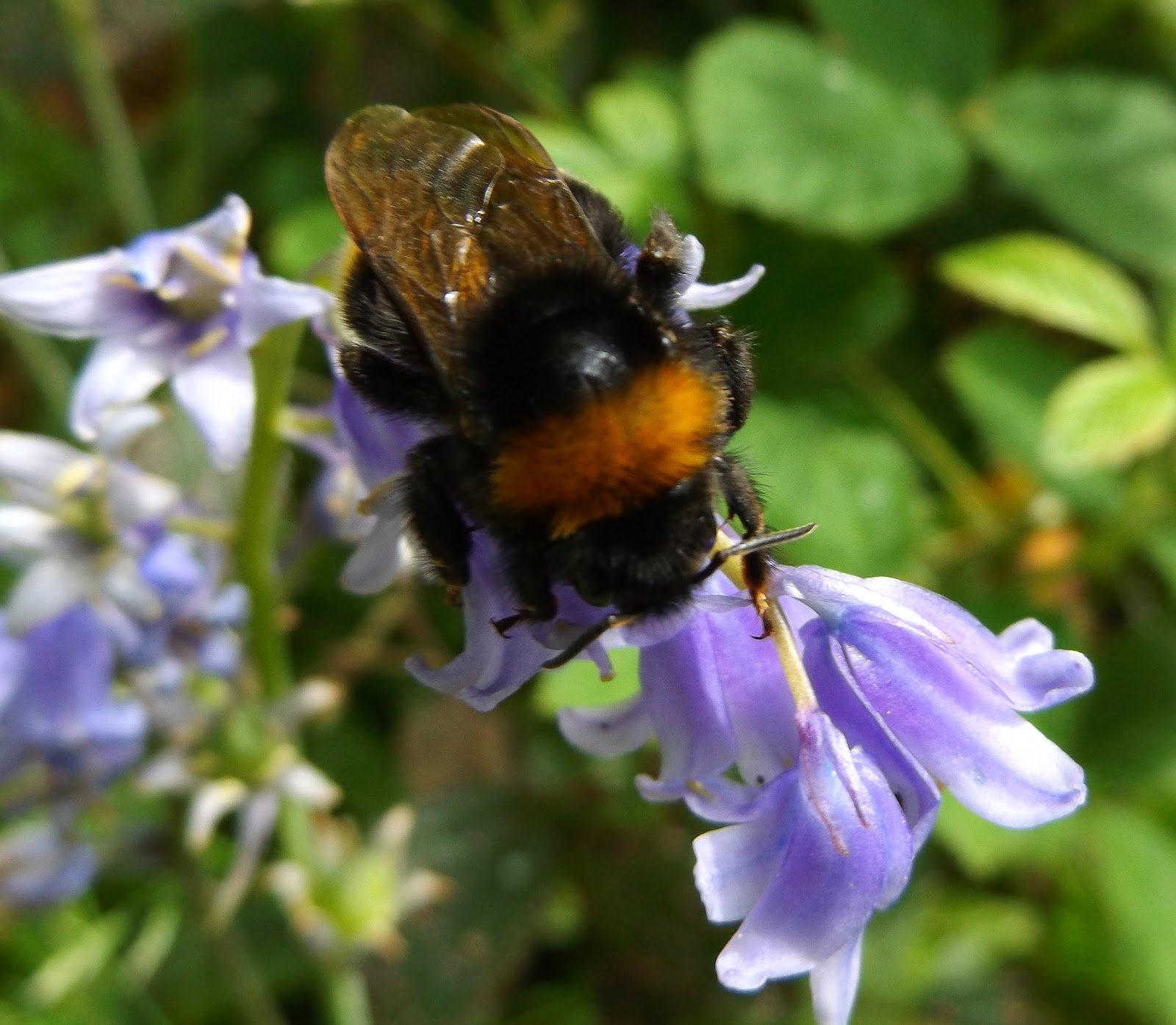 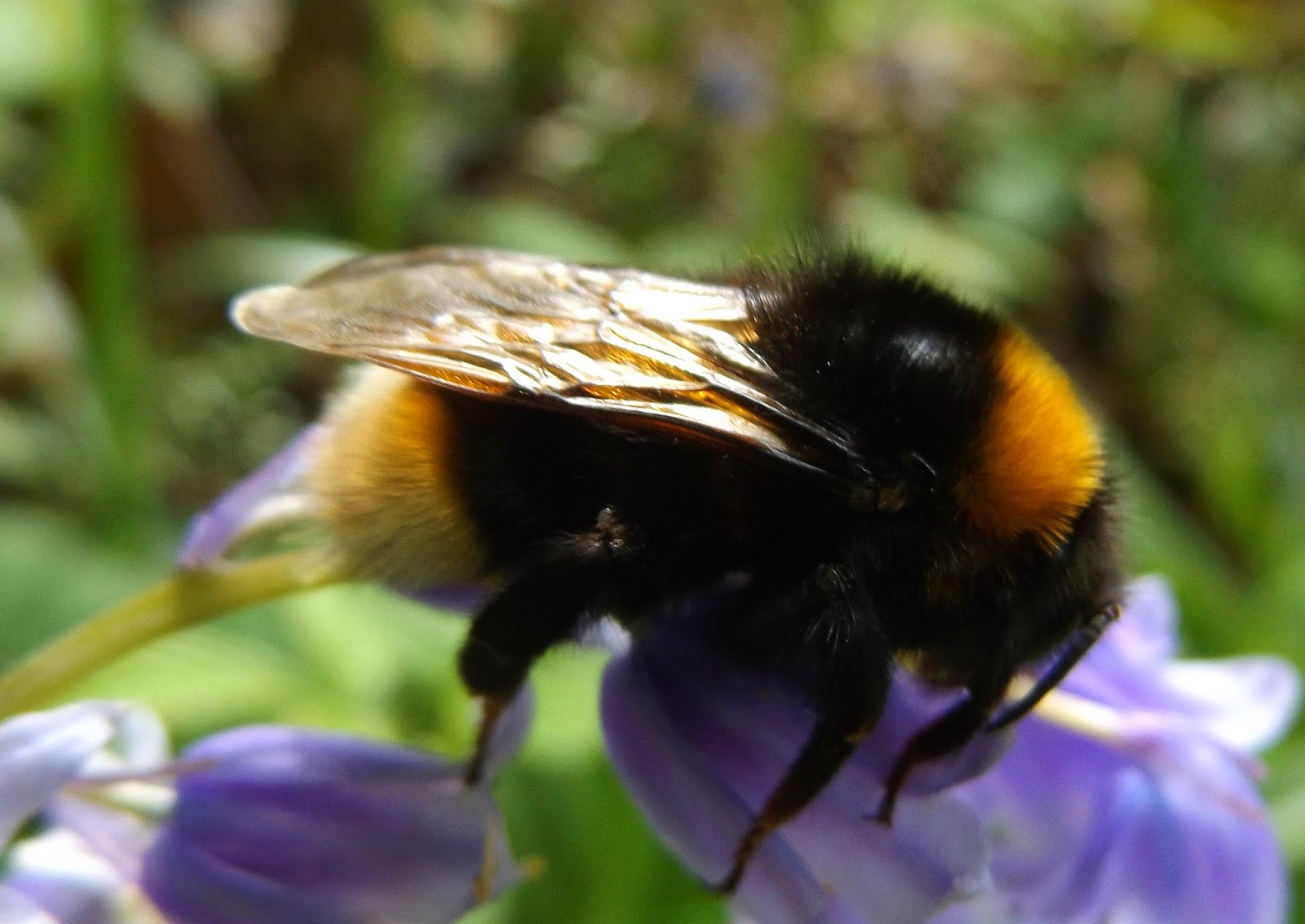 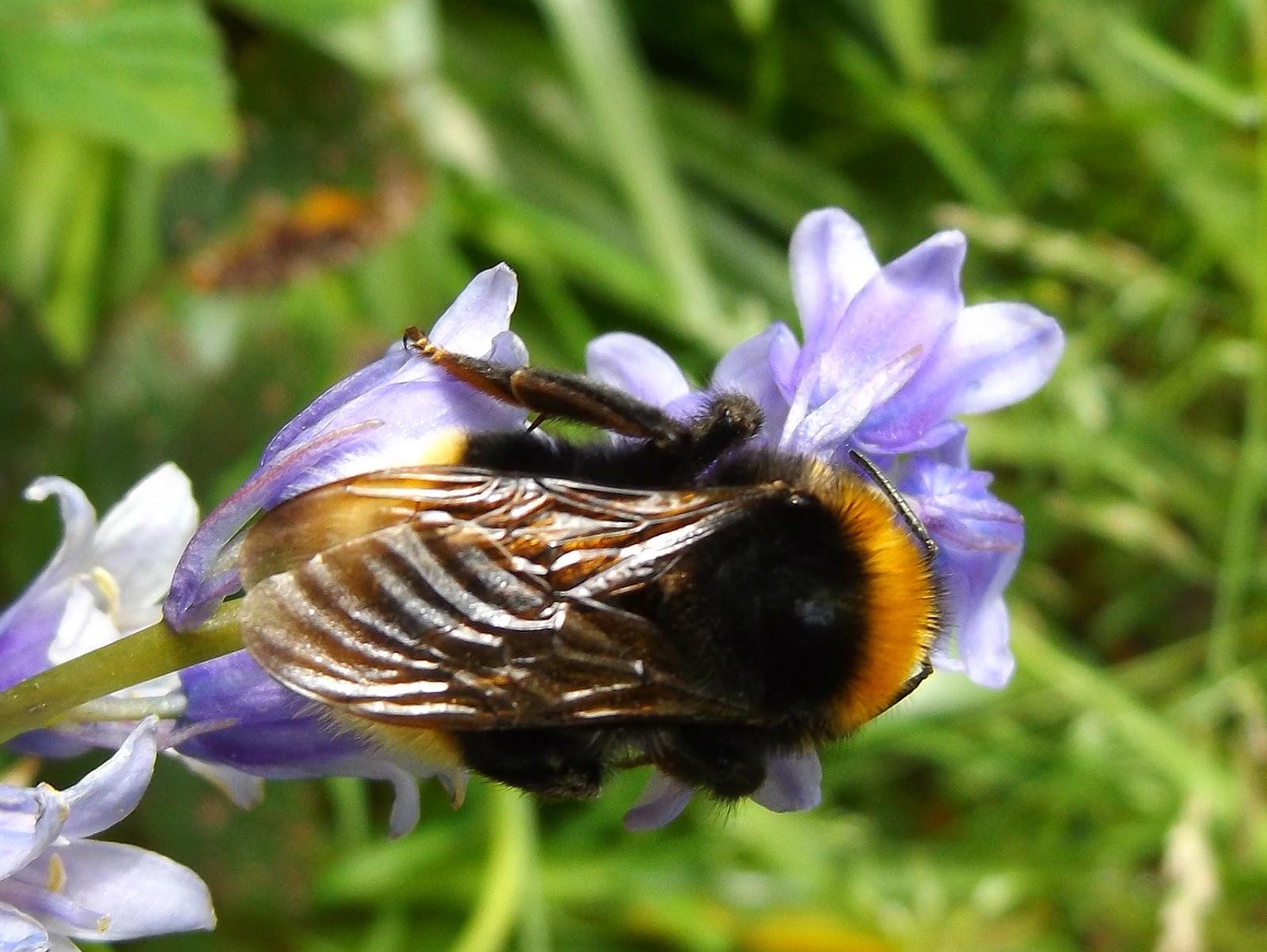 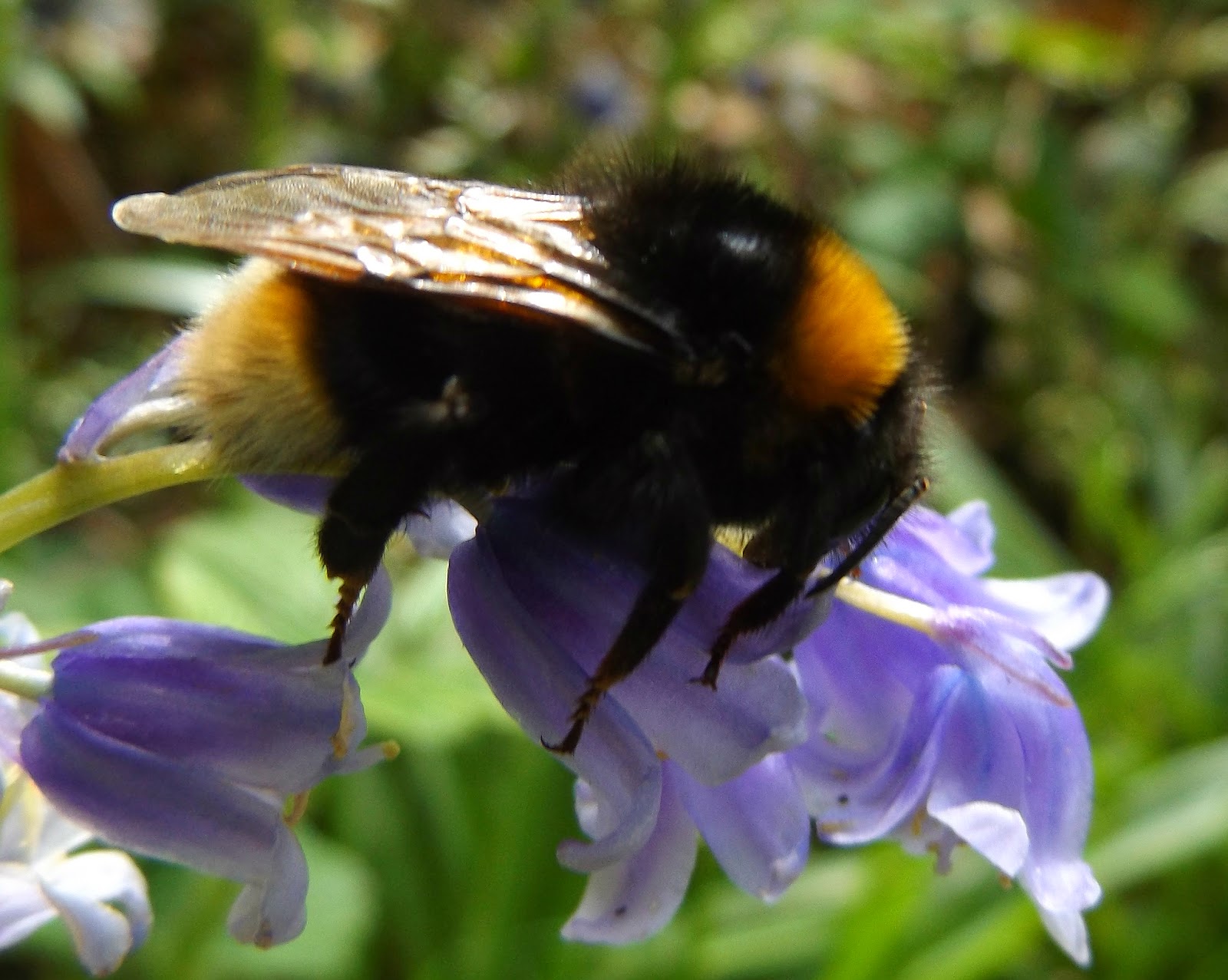 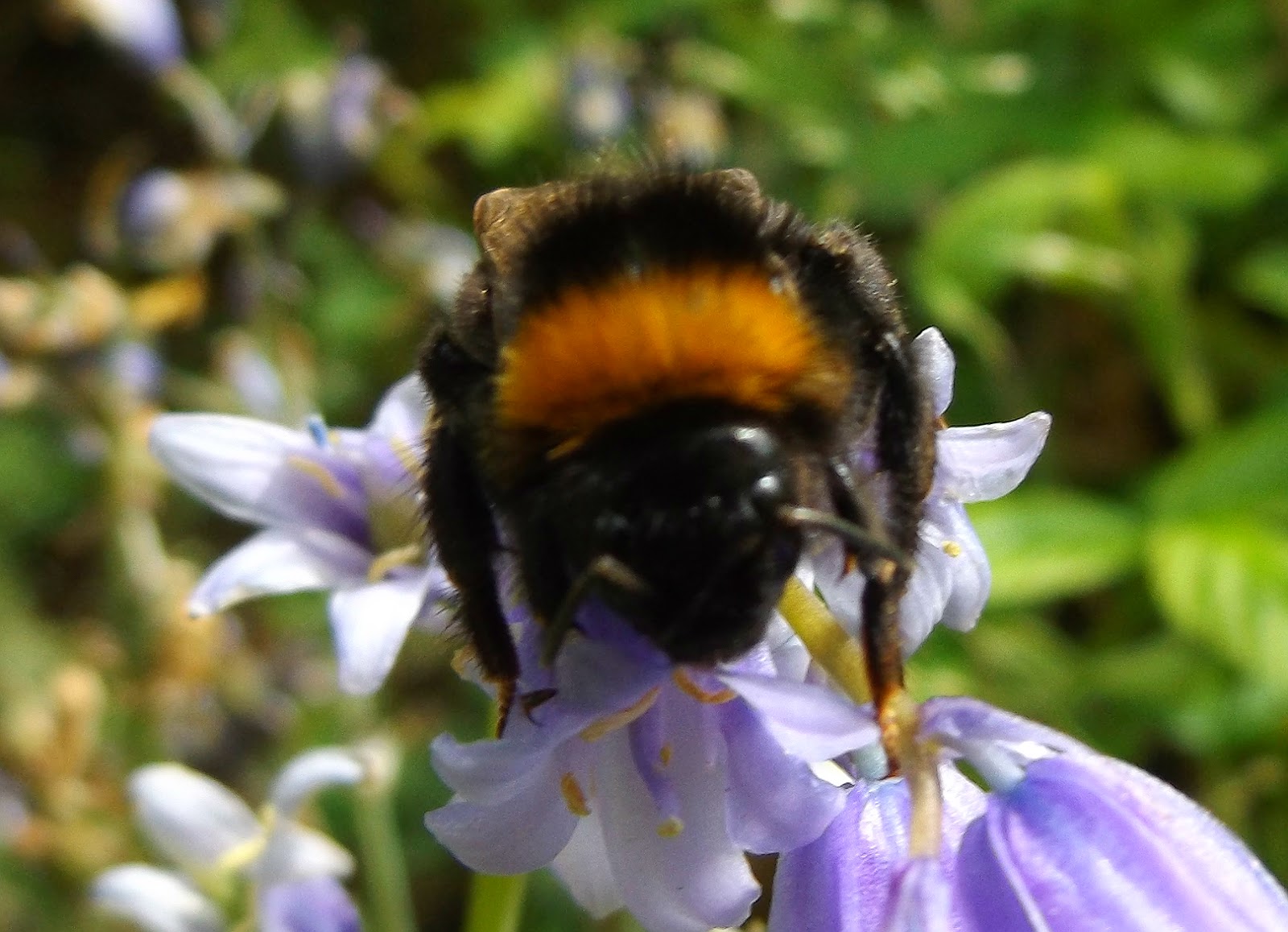 The best was yet to come. As I stepped off the path to crush some garlic mustard between my fingers to smell the pungent leaves, I noticed a male orange tip butterfly flit past. I grabbed my camera on the off chance it might settle for a second; it actually settled for 10 minutes at least some ground level leaves!

I've never been able to get so close to one, again leading me to conclude it was struggling to warm up. 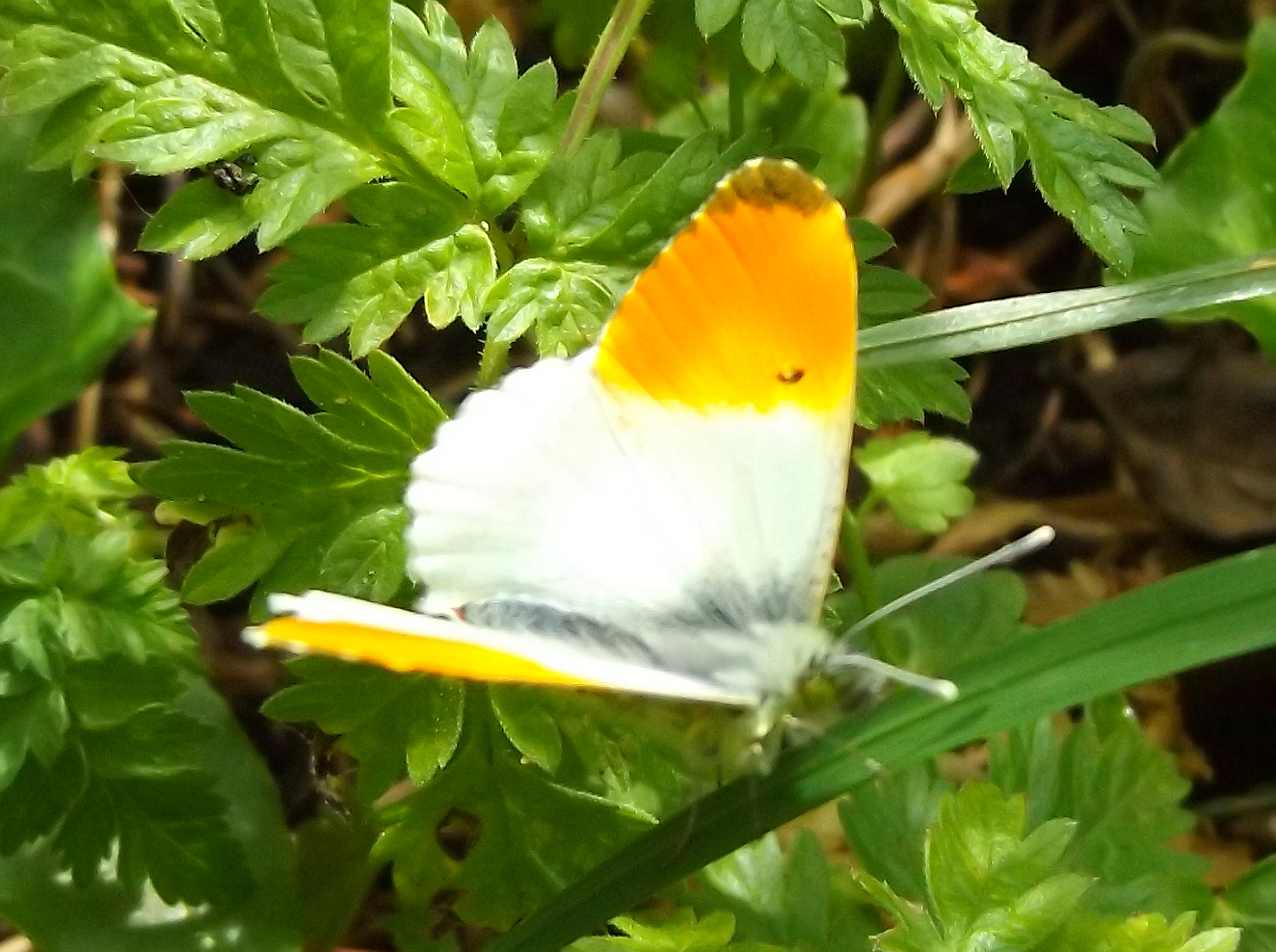 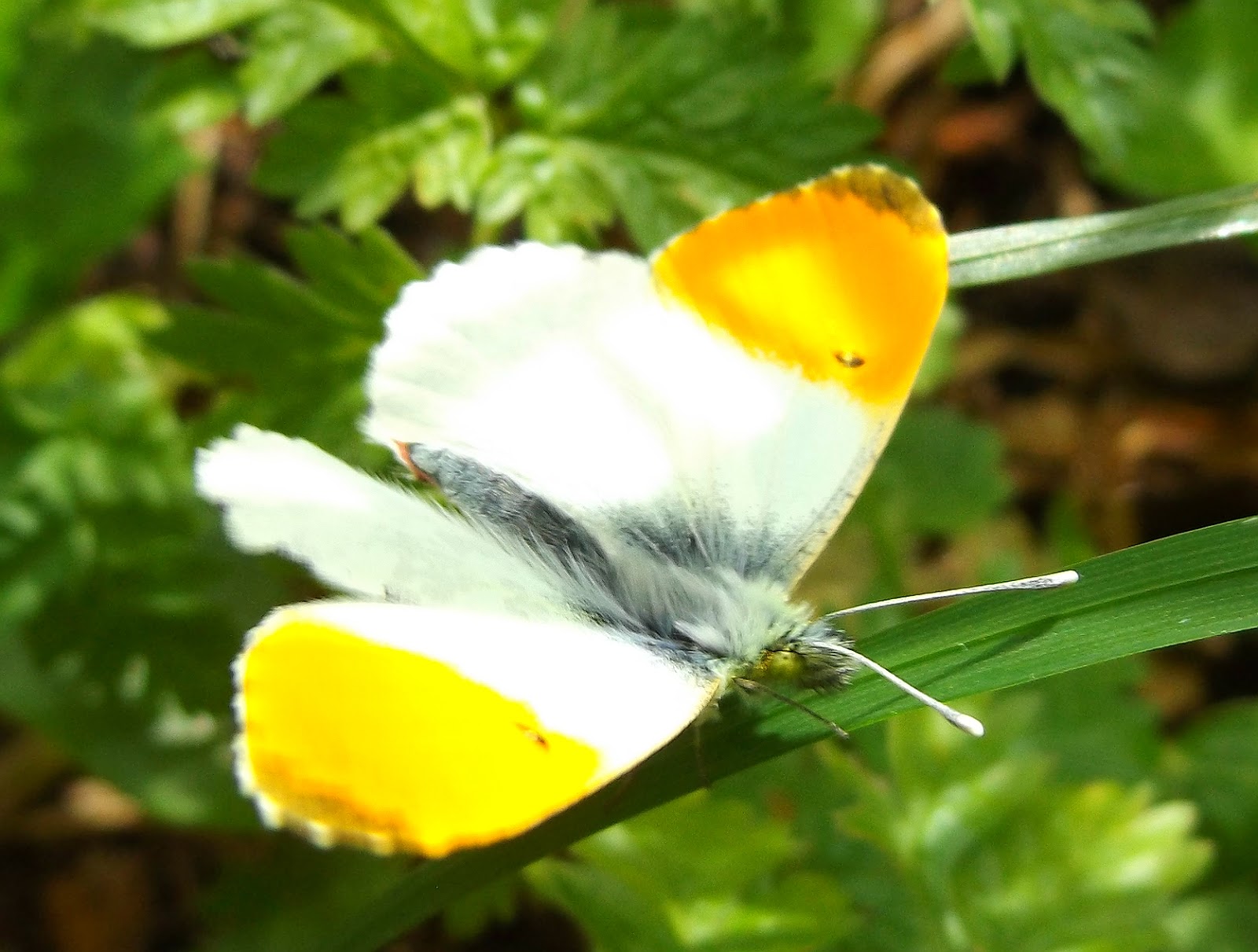 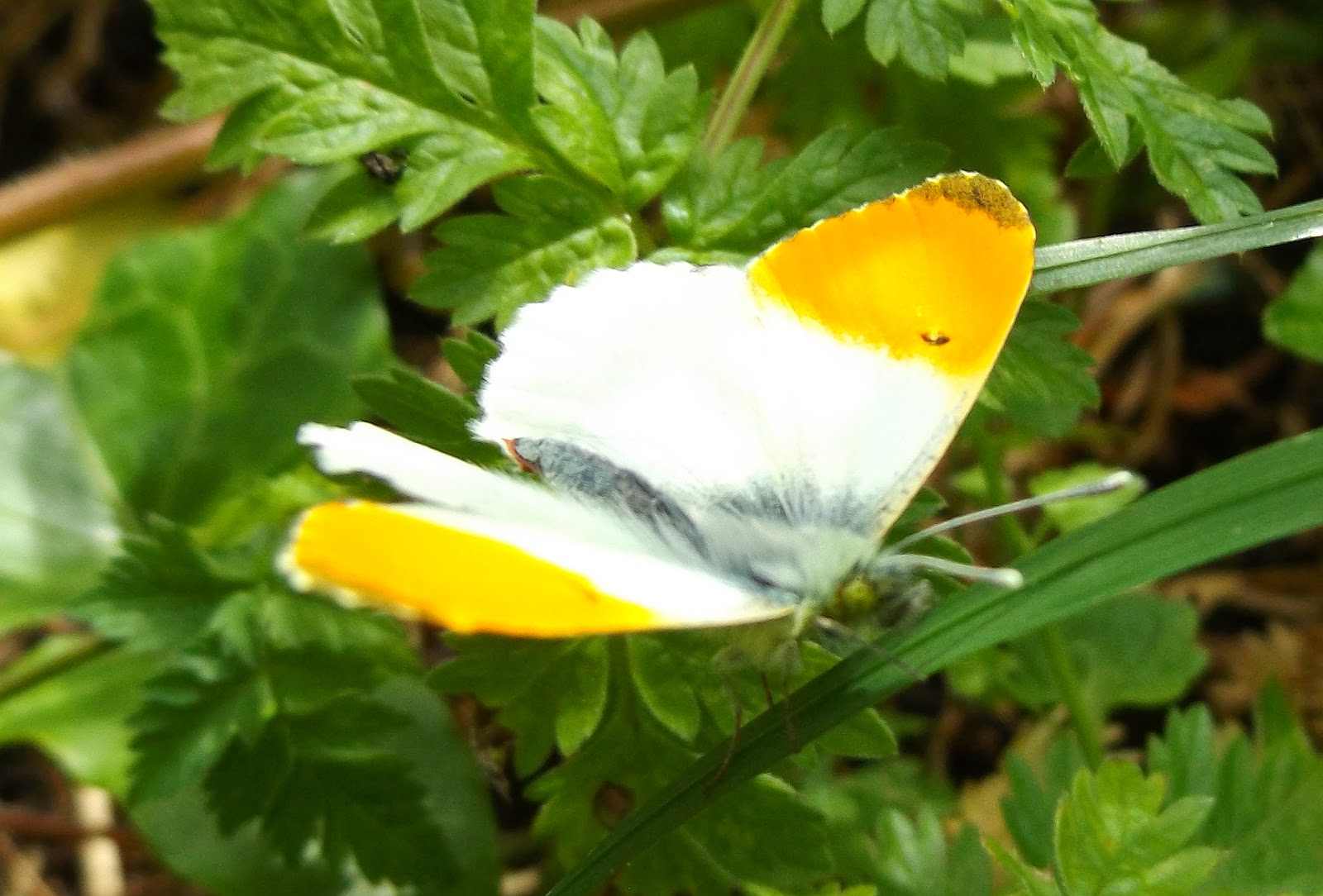 Once again I apologise for the softness of some of these super macro shots. I struggle to get consistent results at the moment.

All text and images copyright CreamCrackeredNature 19.05.16
Posted by Simon Douglas Thompson at 15:42