Tonight was my first proper outdoor nets at the big Kelham Road ground, after an interesting sort of day at work where they told me they wanted me to write a lot of things for them. My mood was thus good, but the weather was ominous, with clouds like tarnished brass heading in from the north, with great veils of rain peppering the ground beneath.

As I entered the ground, I remembered the great tit nesting in the fence post, and decided not to pay my respects lest I get spat at again. Chaffinches were singing along the narrow avenue that leads to the pavilion, and a couple of swallows were out hoovering up insects over the ground.

No butterflies tonight, although I have seen plenty fielding along the long grass by the boundary. The approaching rain drove them off.

The rain! Just as I had found a decent sort of bowling rhythm, the skies dropped their dirt upon us and I was reduced to running in wearing flip flops filled with broken glass. The ball became slippier than a salmon, and my hands went so red it looked like I'd been ripping the heads off moles for sport.

My batting, never great, but improving, also suffered as a result and much flapping around on the grass occurred as I made bowlers bowling off a one pace run with their eyes closed look like James Anderson.

Any swifts overhead would have plummeted to the ground laughing, so it was just as well for them there weren't any. Damn! I am trying to work on this batting thing, and feel I can get a few runs, but my feet just refused to move tonight until the last few minutes, where I felt like I was getting into the groove again.

It is a pretty ground however, and I just love bowling, so it was still good!

All text and images copyright CreamCrackeredNature 23.05.16 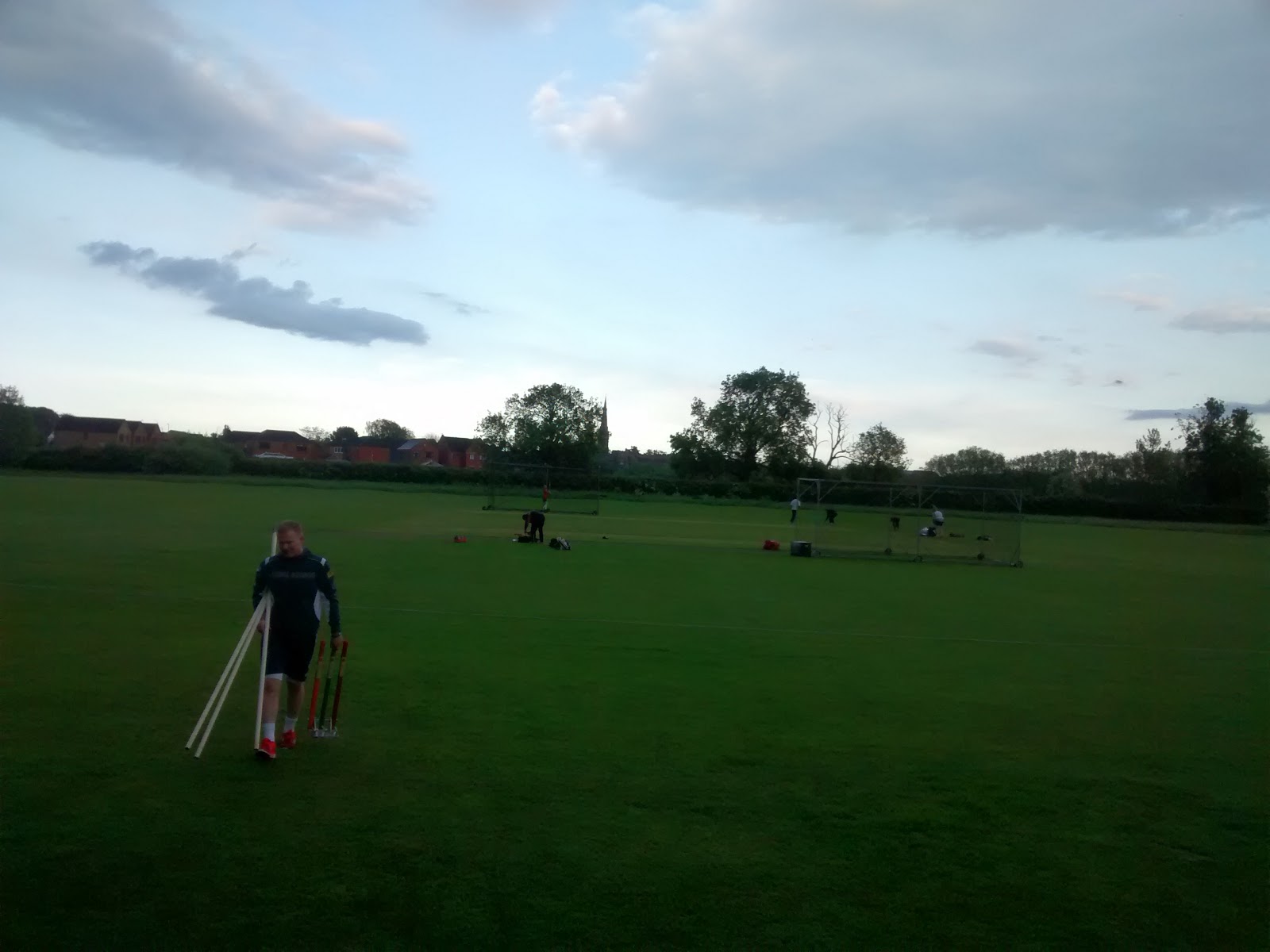 Posted by Simon Douglas Thompson at 13:40