At the end of Mill Gate, sloping down from the road to the River Trent, is a field occupied by a number of cob type horses ranging in size from Shetland size to "normal" horse size.

It is a wild, muddy field, in which these horses trot about, get fed polo mints by passing children, and do general horse things. There is no stable or permanent shelter, but there were a few trees under which the ponies could stand if it was raining.

When I trotted past - pun very much intended - a few days ago, I noticed that all these trees had been hacked down, and although they had plenty of food, the horses had absolutely no cover. There's been rumours of development on this site going round for a few years now. Maybe it's to do with that. 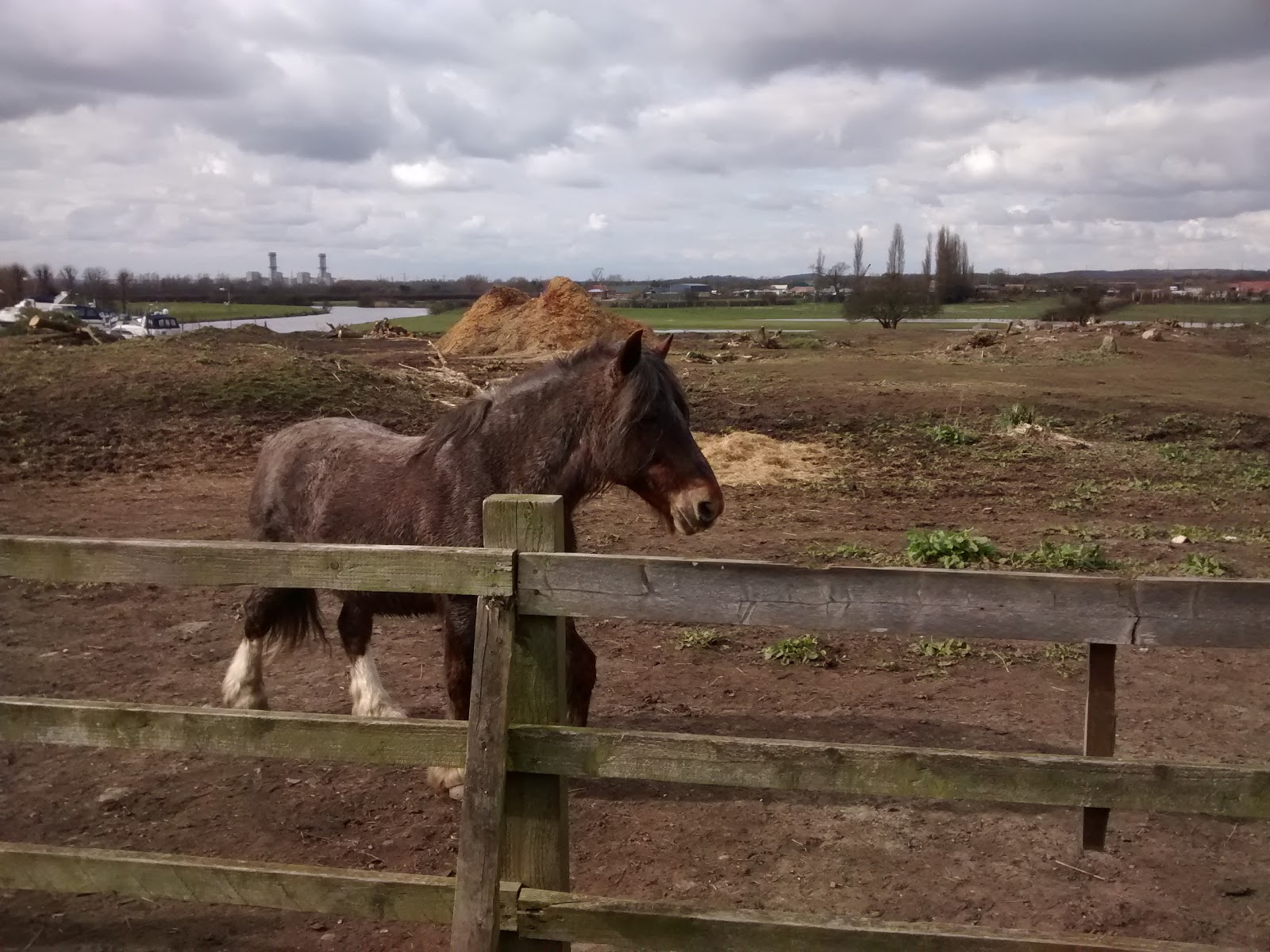 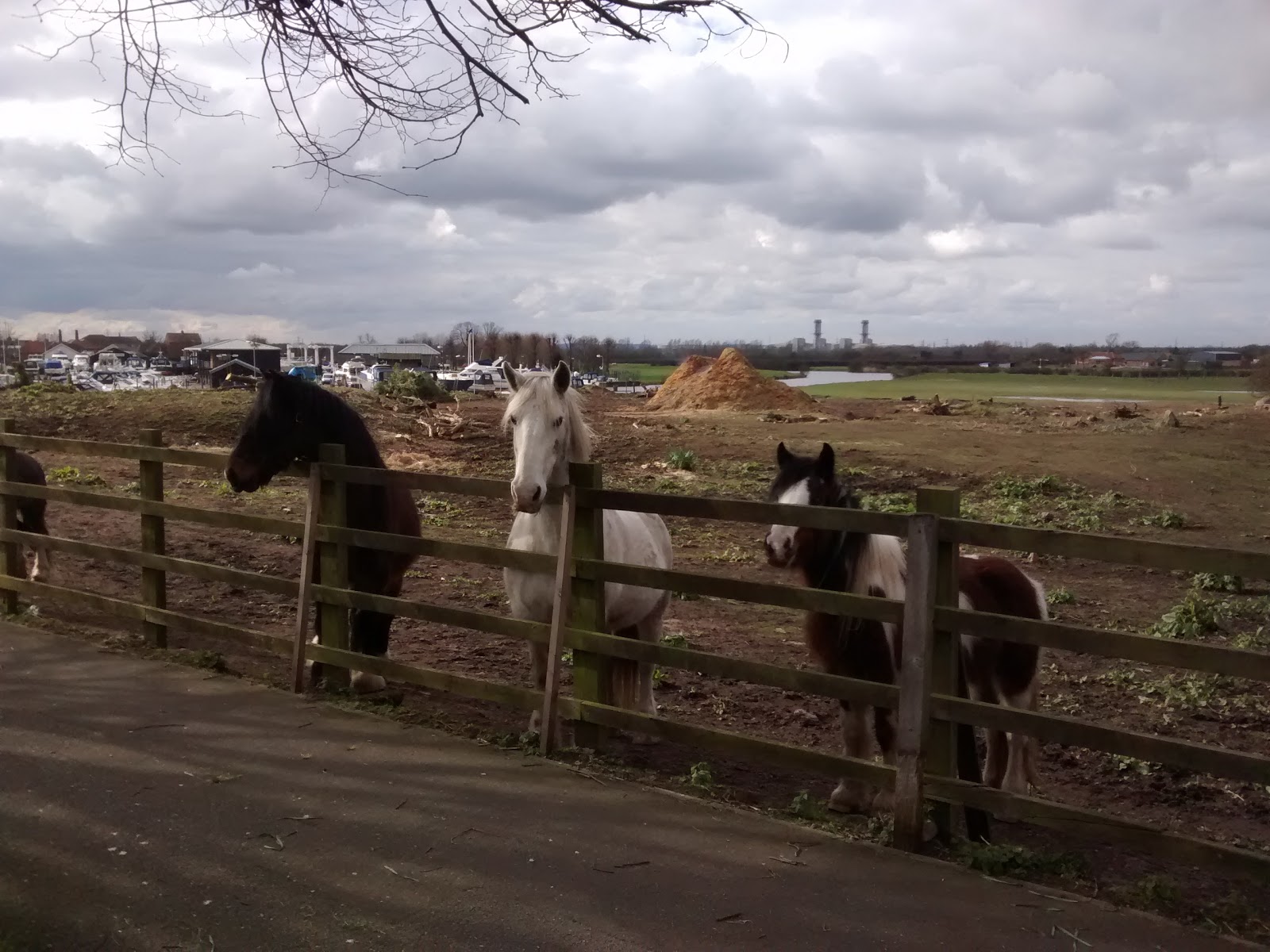 To be fair, whatever the reason, these horses seem healthy enough in themselves, but I can't imagine being exposed to wet weather all the time being very good for hooves, and would make an already rather thick coat extremely cold and heavy.

The horse debate is a big one in this town. There is a massive problem with fly grazing and horse abandonement, indeed a dog sized horse is often to be found chained up on the grass verge on Millgate, its water bucket often empty and tipped over. Horse registration doesn't seem to have changed much, and a horse in a field just out of town was found so ill by a rescue team it never recovered.

"Poor horsies!" says one side. "Shut up you do gooders," says the other. "They're our horses and we can do what we want with them, look at them, there's nothing wrong with them."

There's an element of class and social grouping involved in these clashes too, I'll leave it to you dear readers, to guess what that might be. I myself feel we don't treat our animals very well in this town, there are certainly a few statu, weapon and fighting dogs around.

But whether we are any different from anywhere else in this regard, I have no idea.

All text and images copyright CreamCrackeredNature 03.03.16