Preening in the Holly

Today has been a miserable cold, wet, windy day. I've stayed in, apart from a brief burst of dryness in which I was able to get out to have a quick hair scalping but no more. The big exercise dreams will have to wait until tomorrow.

Until then, I refer you back to a sunny day last week in which I figured I'd just wander around the garden and see who was about. Next door's Polish labrador puppy, a boisterous golden character called "Falco" was absent, which explains why I was able to get some nice shots of a collared dove doing its hair in the holly tree. 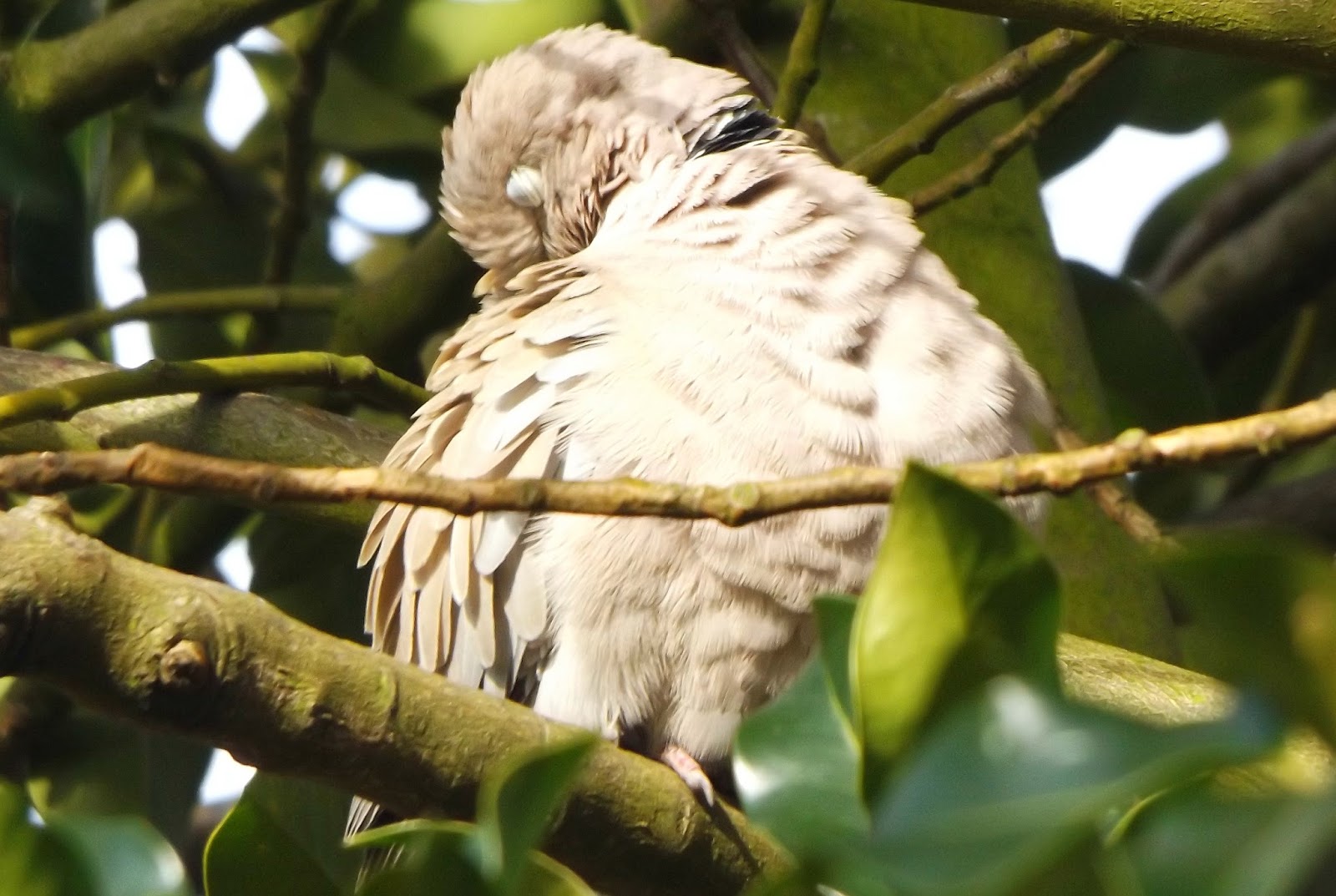 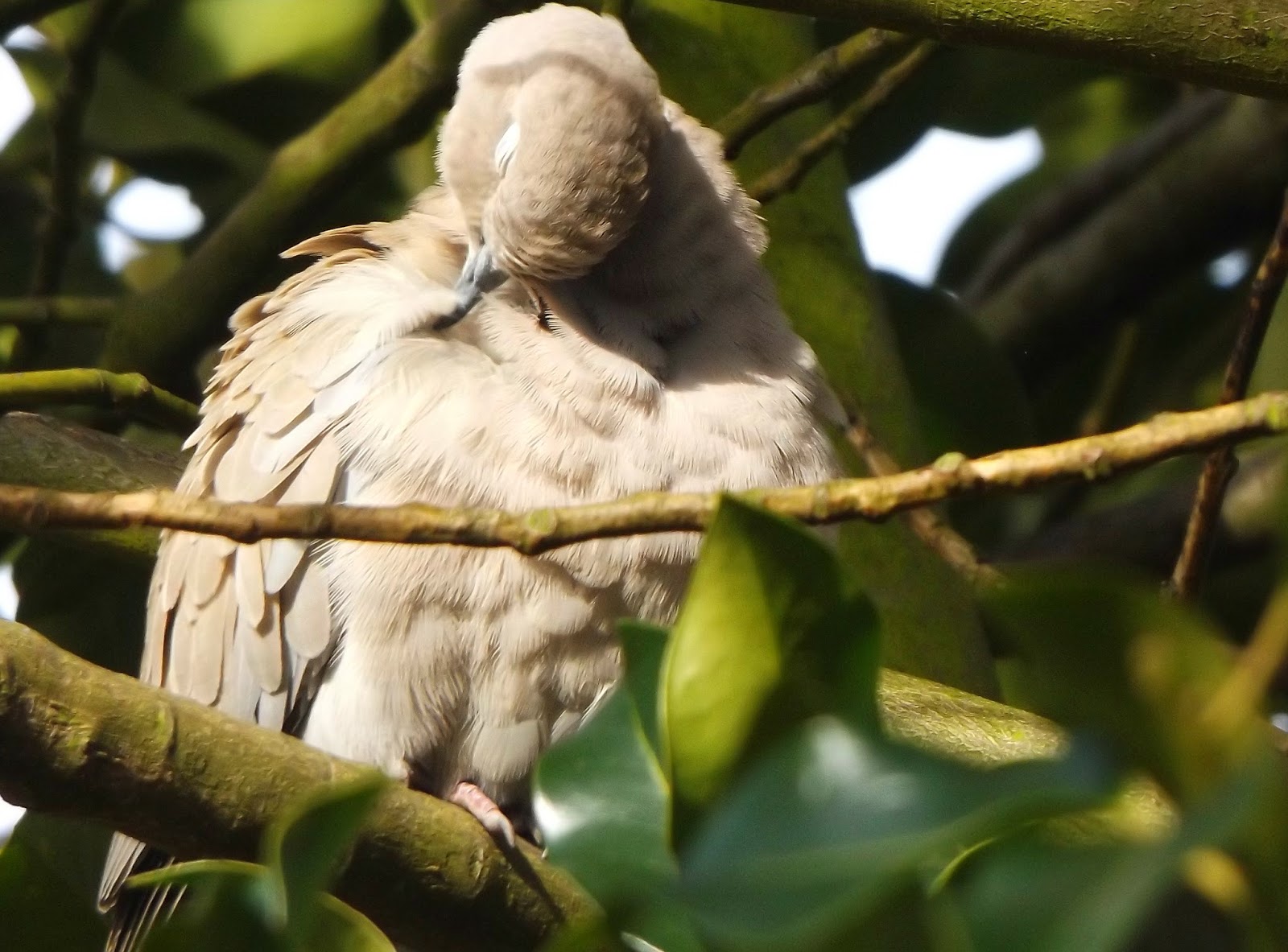 It did notice I was observing it, so the dove observed me quizzically for a few minutes before resuming its coiffuring efforts. 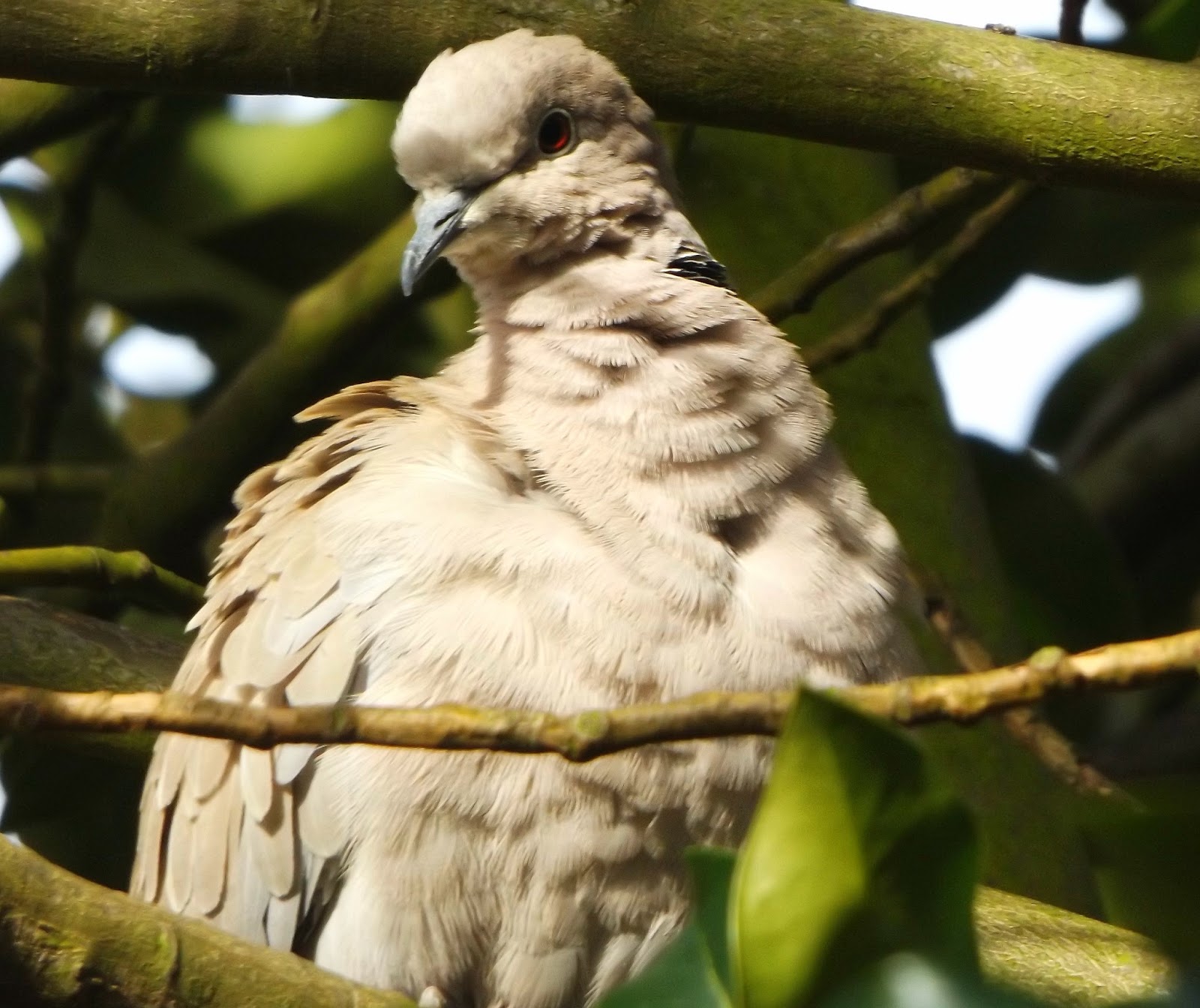 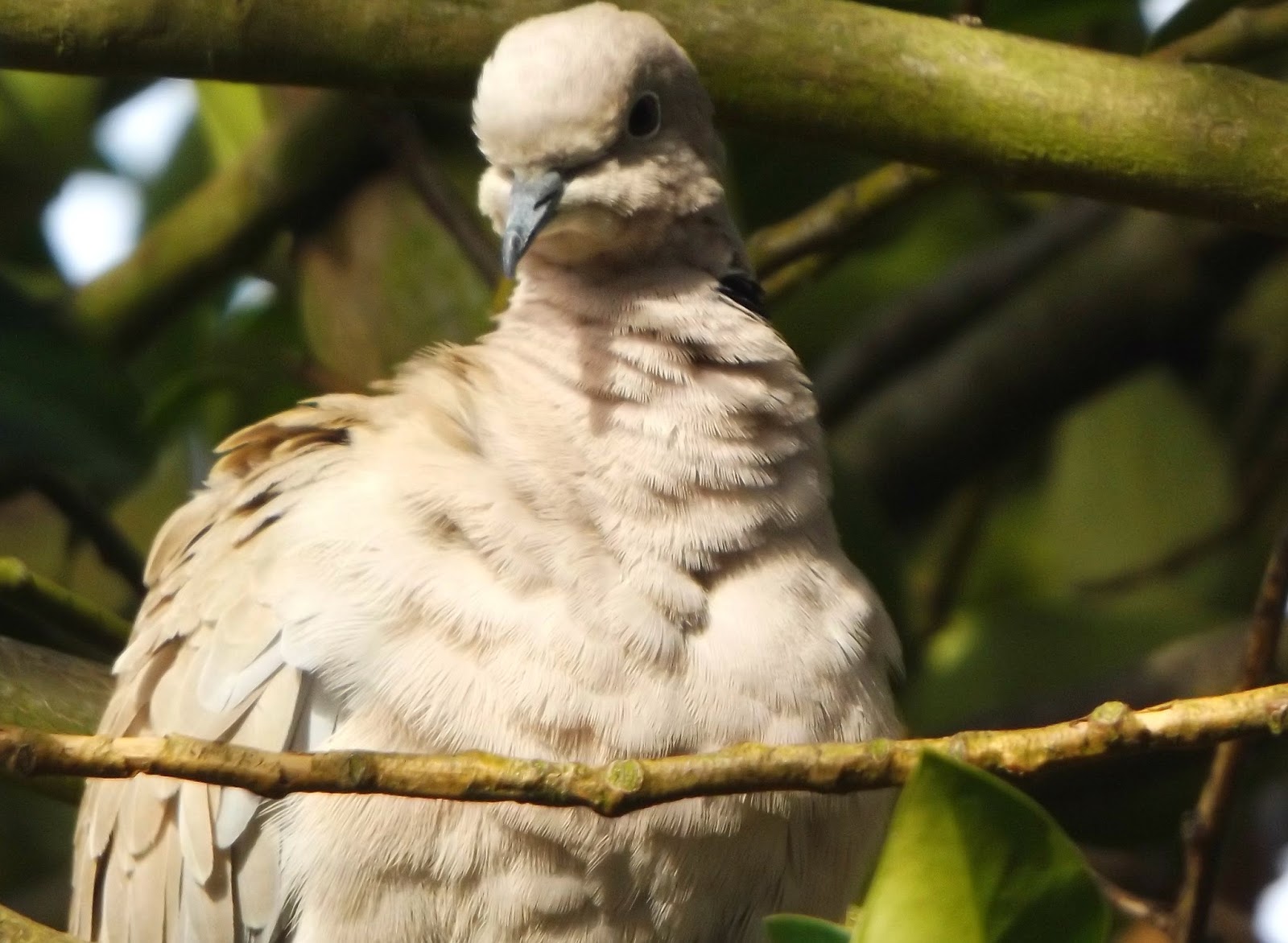 Eventually it was finished, and allowed me to have a look at its nice smooth plumage. 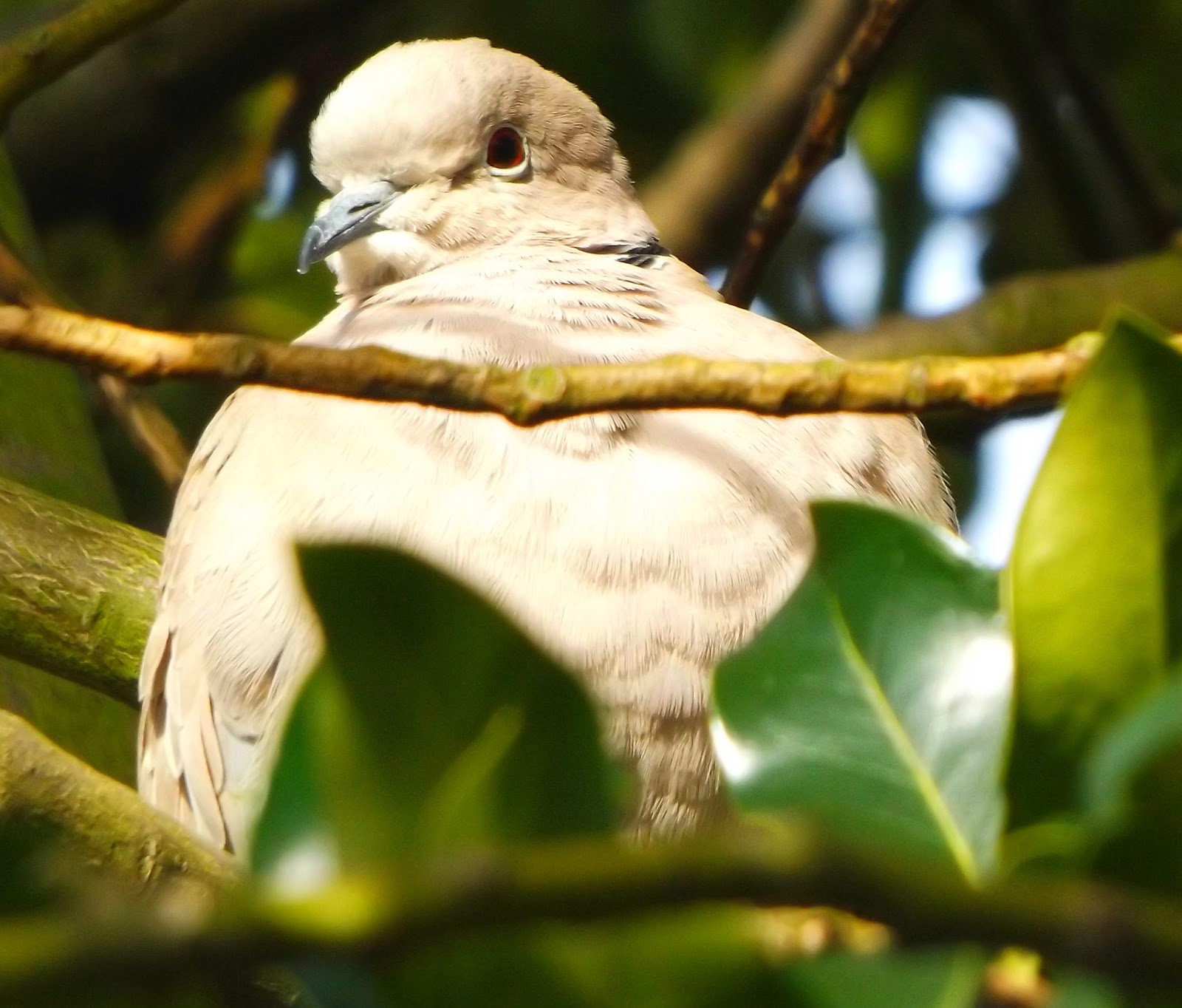 I had other observers as well. Not content with owning a labrador, I noticed that there are other curtain twitchers in the Polish household. 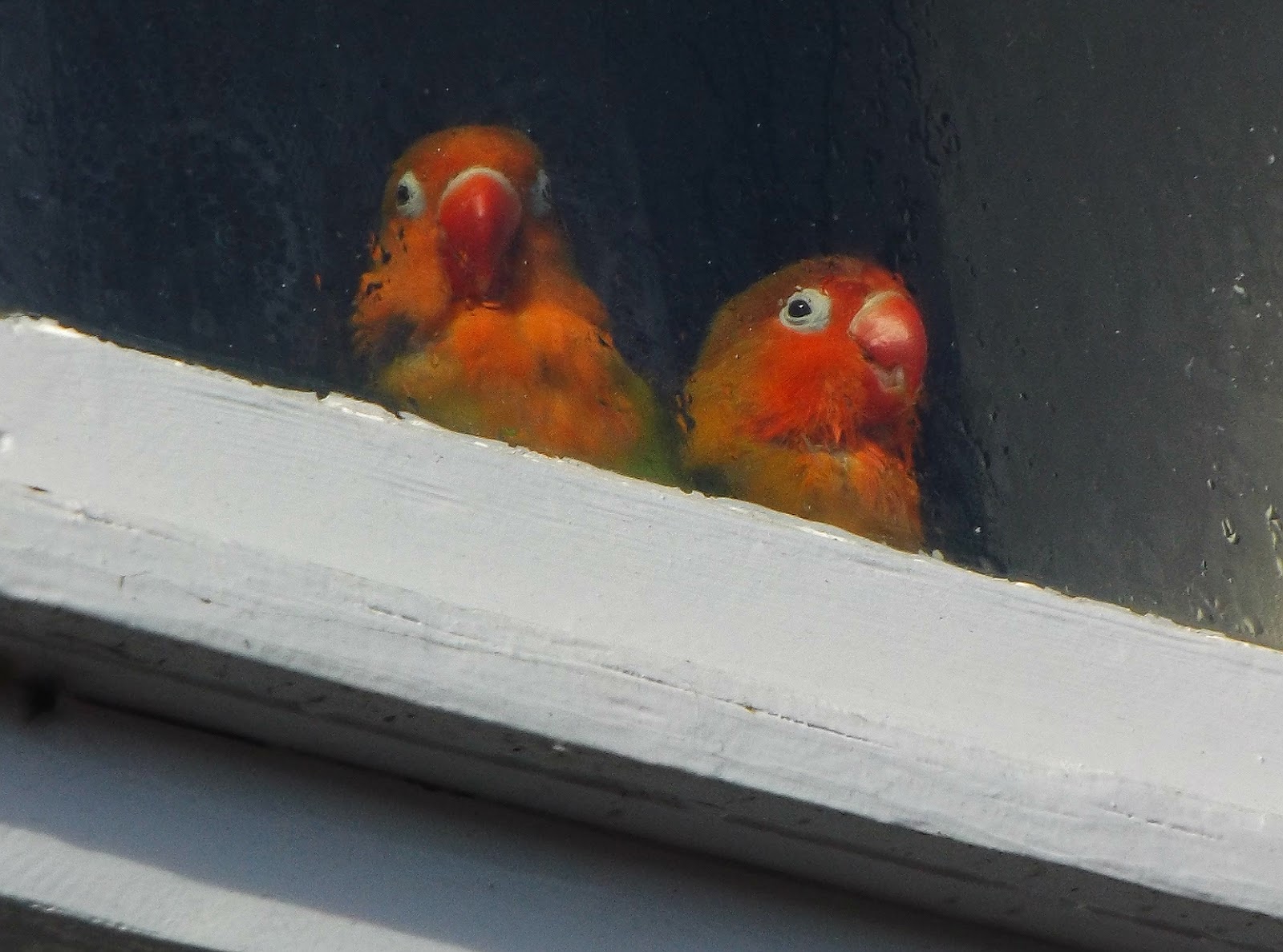