A Run through Millgate

For some reason, Millgate has always been regarded as the most historically interesting and classy part of town, even more so than the town centre I feel. It's strange really, the houses aren't particularly huge, expensive or luxurious, it isn't full of attractive green space and it there's no blockbuster of a castle or church.

But I'll wager if you were to ask townsfolk which street they'd like to live on in Newark more than any other, I bet a lot of them would say Millgate. I probably would. It's a street that feels like a community, and actually has its own conservation society - Millgate Conservation Society.

I have so many memories of Millgate, a great friend who lived there in a big old dark house at one end with a big box room we used to throw margarine tub lids at each other as if we were in the movie "Tron", and a long wild garden out back with a shed we used as a sort of Beano comic style clubhouse.

They used to have street fairs, where the entire road would be closed for stalls and games; I remember being the long alley skittles champion of the day, although what I won has slipped beyond my memory. The Navigation pub used to be the champion pub of Newark, how times have changed. I've always been intrigued by the tiny little sheltered houses at the town end of the street, I'd happily live in one now!

So let me show you a few of the sights. 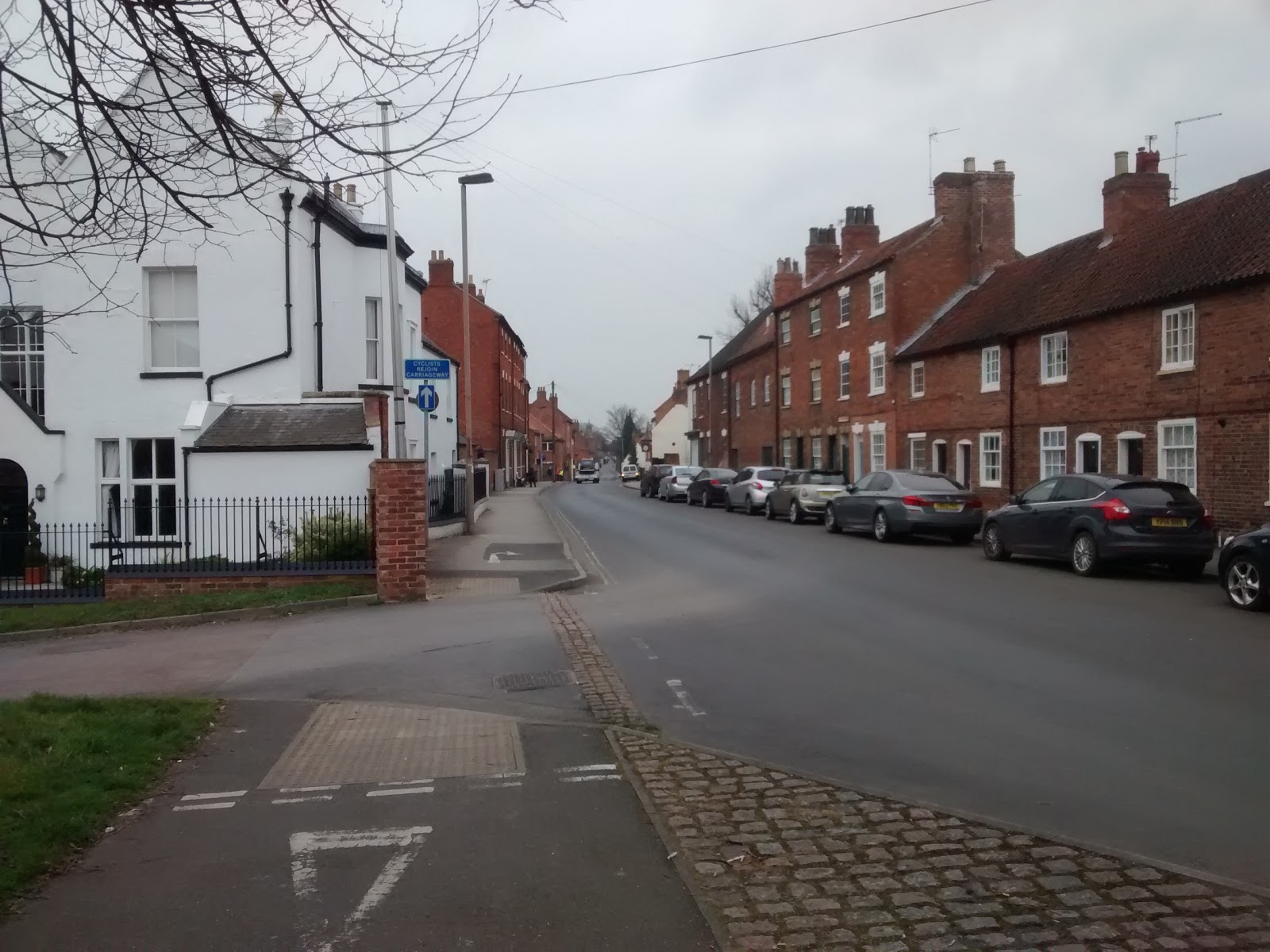 This is the view from the Devon Bridge end of Millgate, looking along the curving quarter mile of the road. It's really easy to cycle along, and formed a chunk of the marathon route I ran. 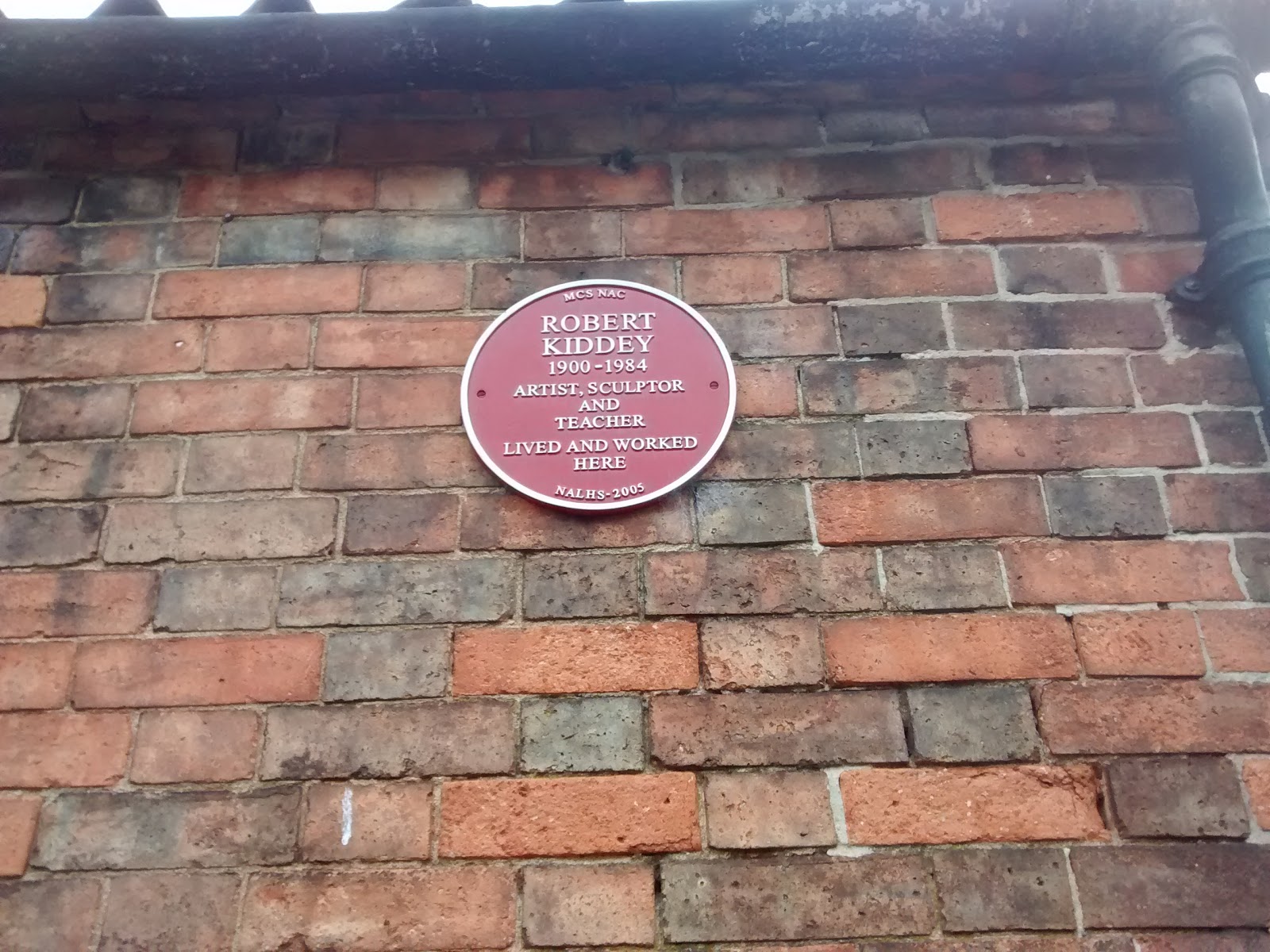 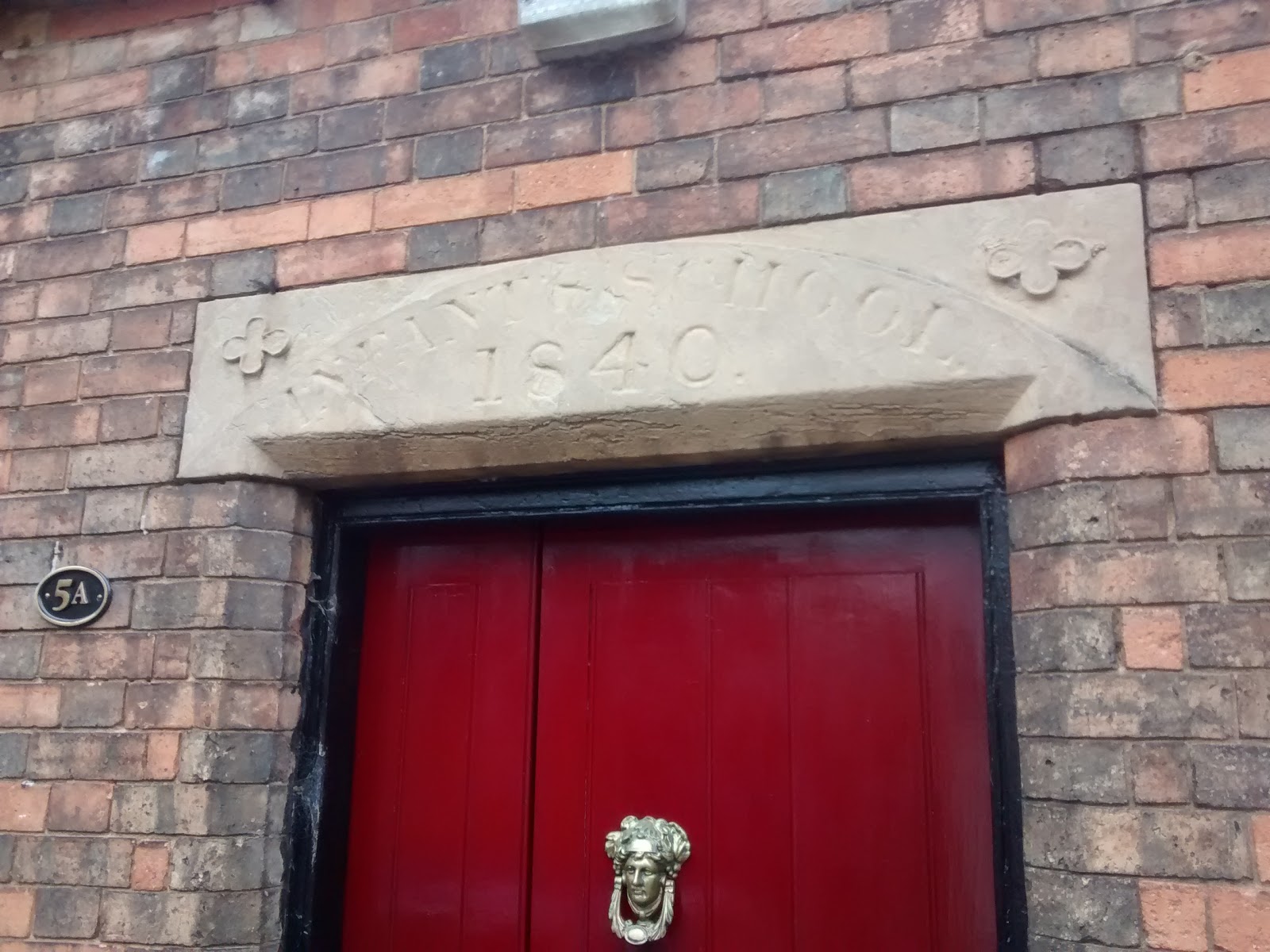 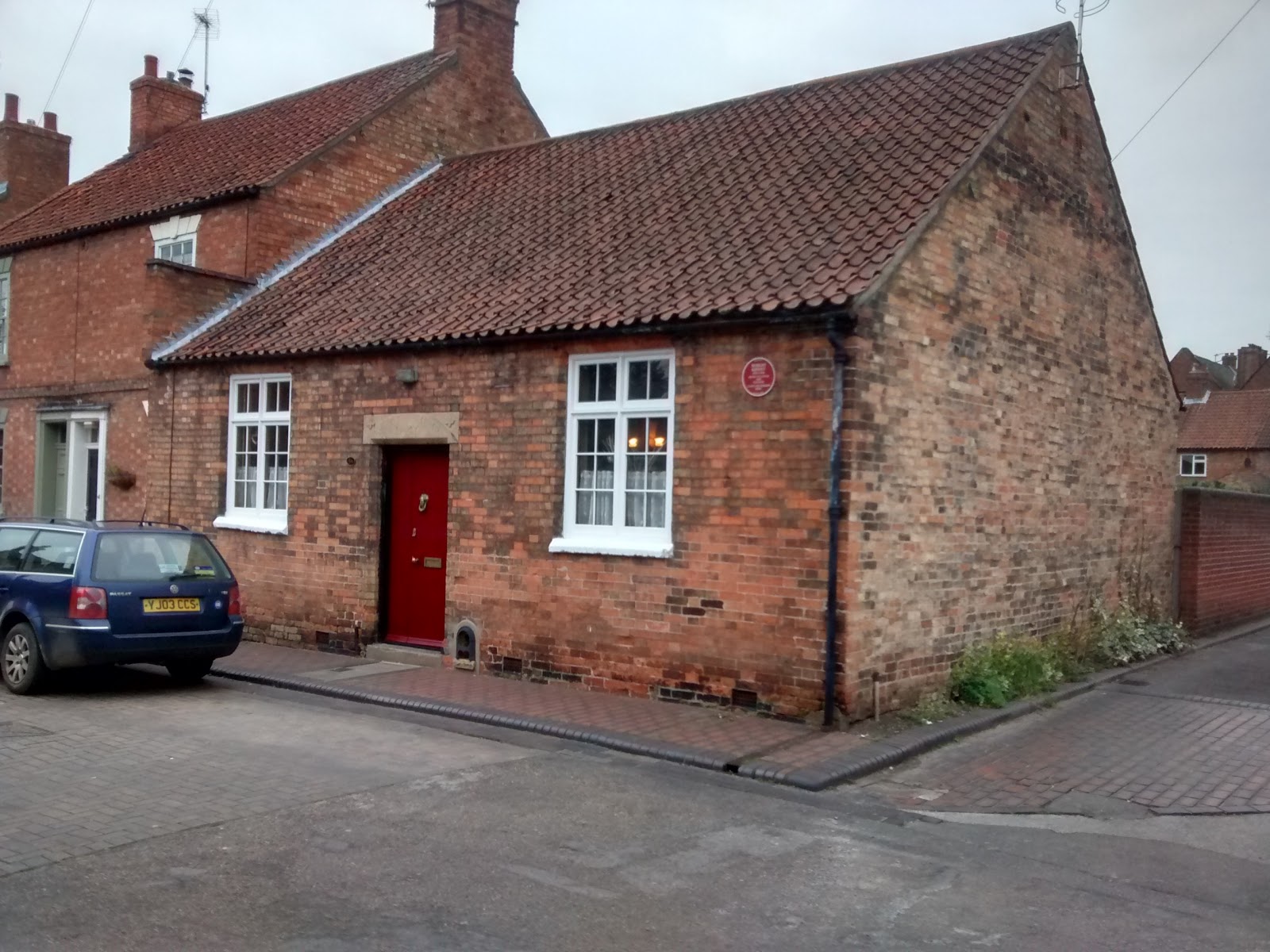 This house is just off Millgate, and if you can read the sign you can see it was once a very small school. Later the home of a sculptor, it has a big mezzanine floor inside. I love mezzanines. 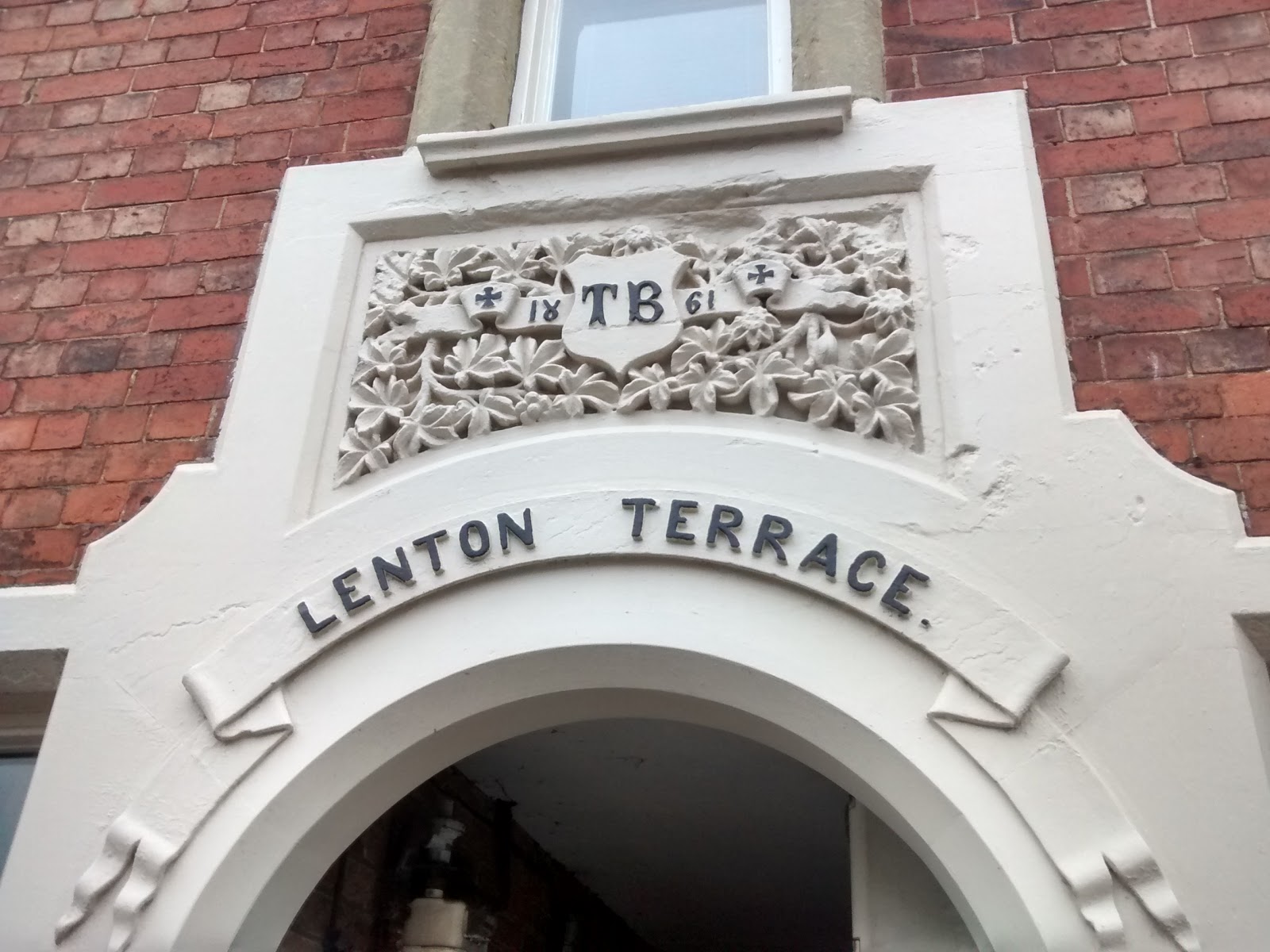 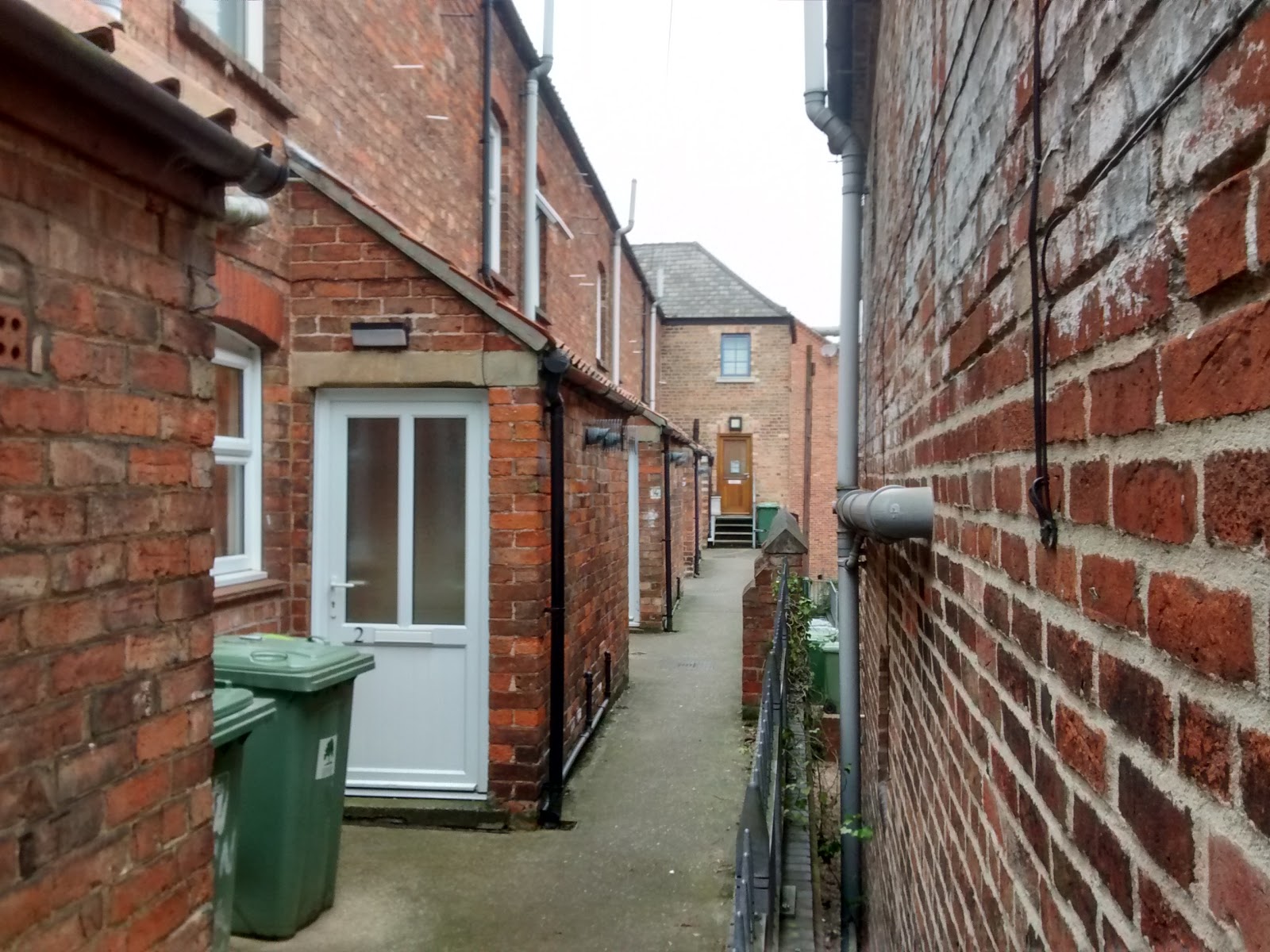 Lenton Terrace is a little hidden row of tiny houses set off between Millgate and the river. Traditionally it's where overseas students from the violin school leave, and there was always a lot of parties along here. 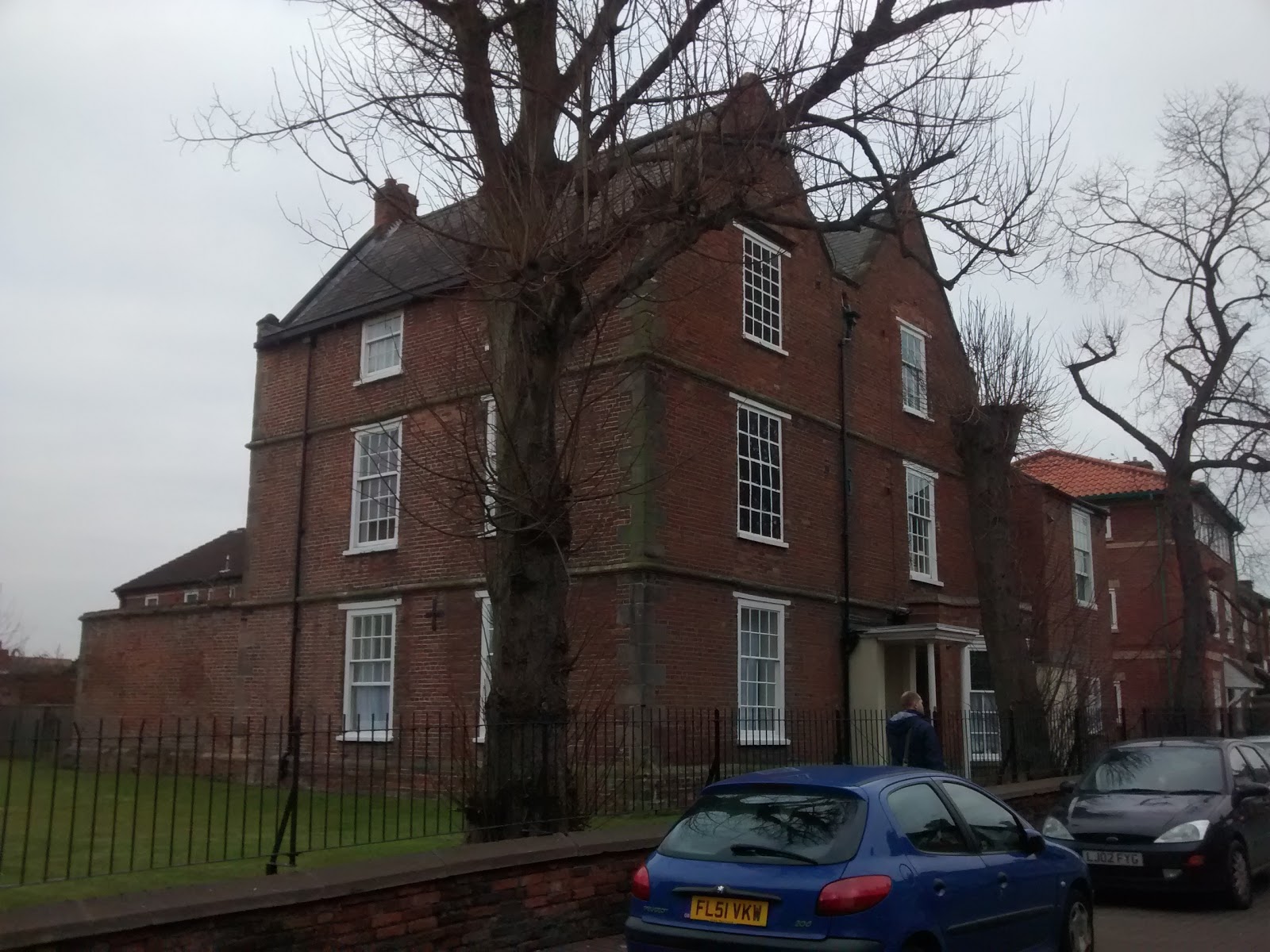 Like, the Presebetery was also a site of student fun, although it is private flats nowadays. It's a typical tall Georgian Millgate building. 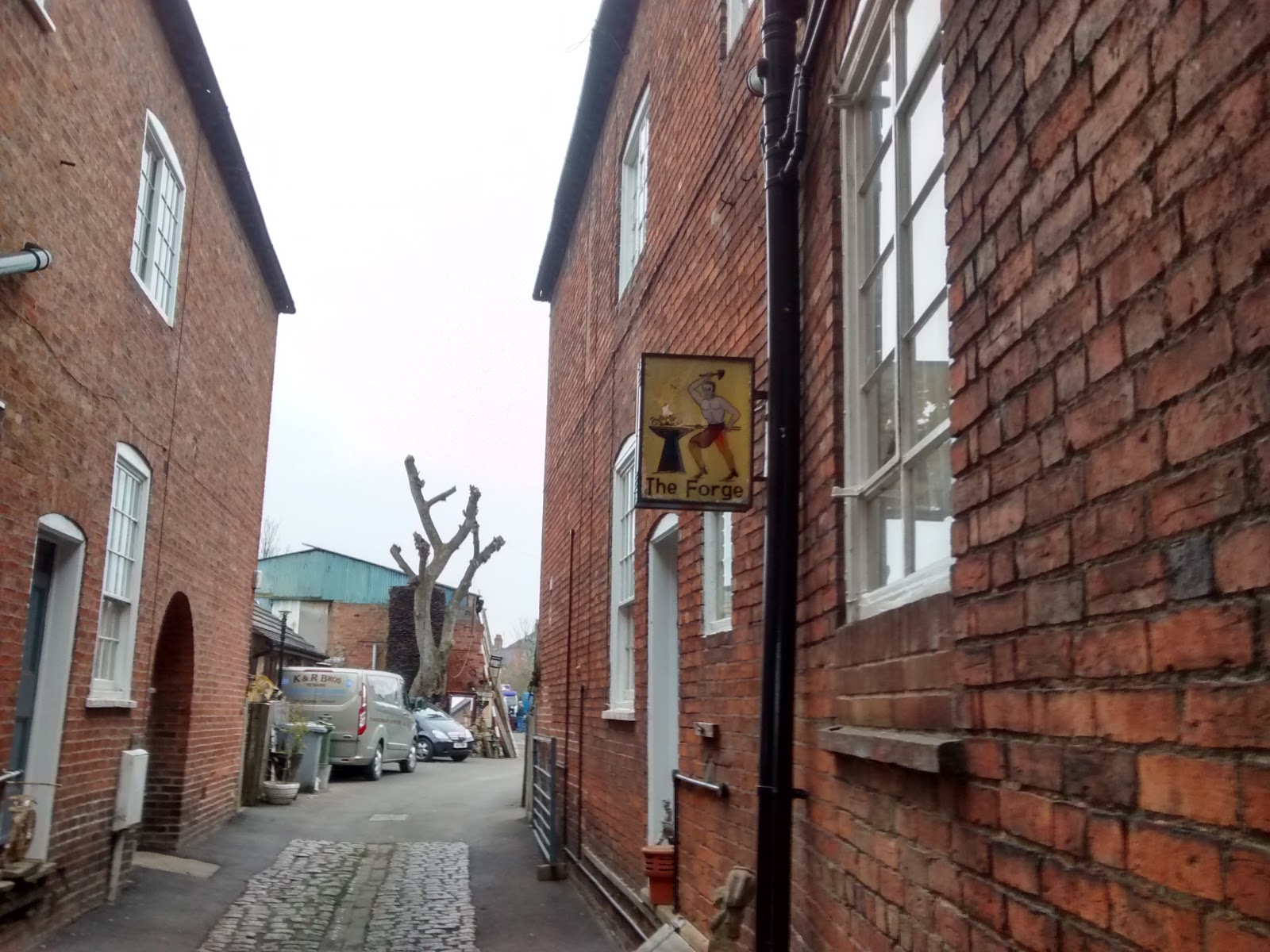 "The Forge" is actually a dwelling rather than a pub - boo! - and used to be a blacksmiths and farriers back in the day, I think. This complex still has a strong connection with Newark's horses. 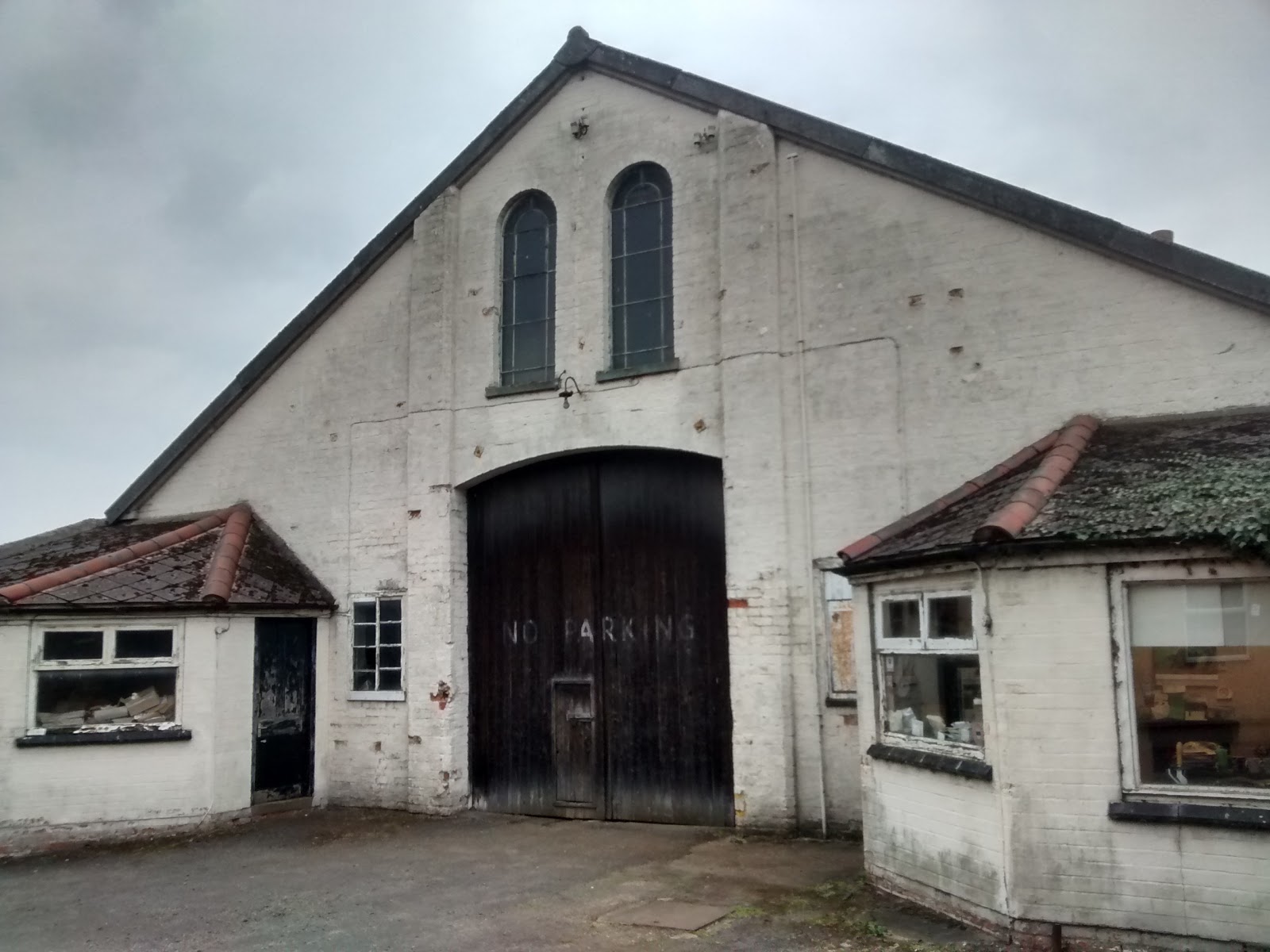 This perpetually terrified looking building is part of the agricultural scrap yard I wrote about before. 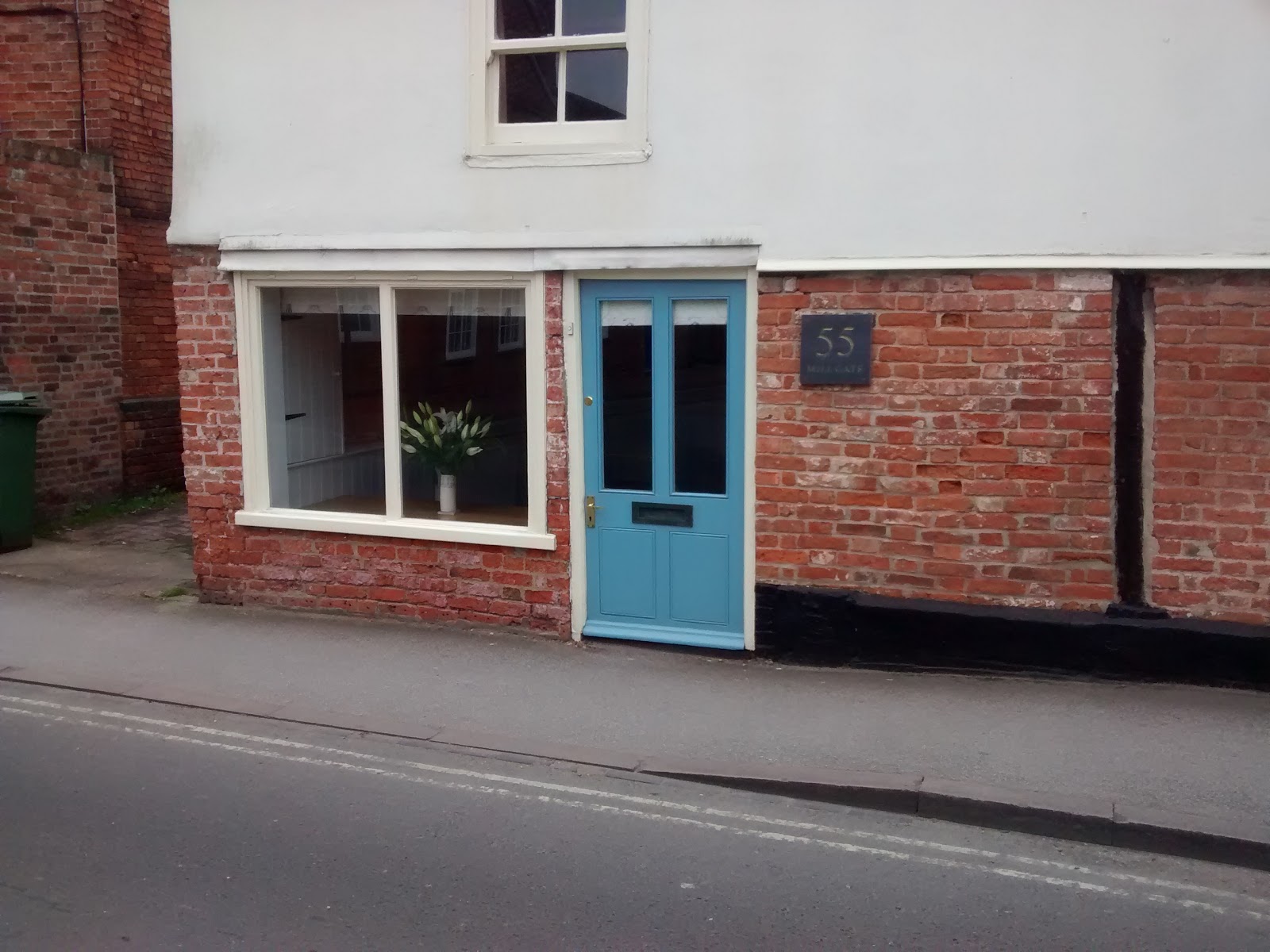 This building has been everything, but in my memory it was "Milliways" - not Douglas Adams' "Restaurant at the End of the Universe" but rather a fancy dress hire shop. Latterly it's been a posh tea room, but is now a private dwelling again. 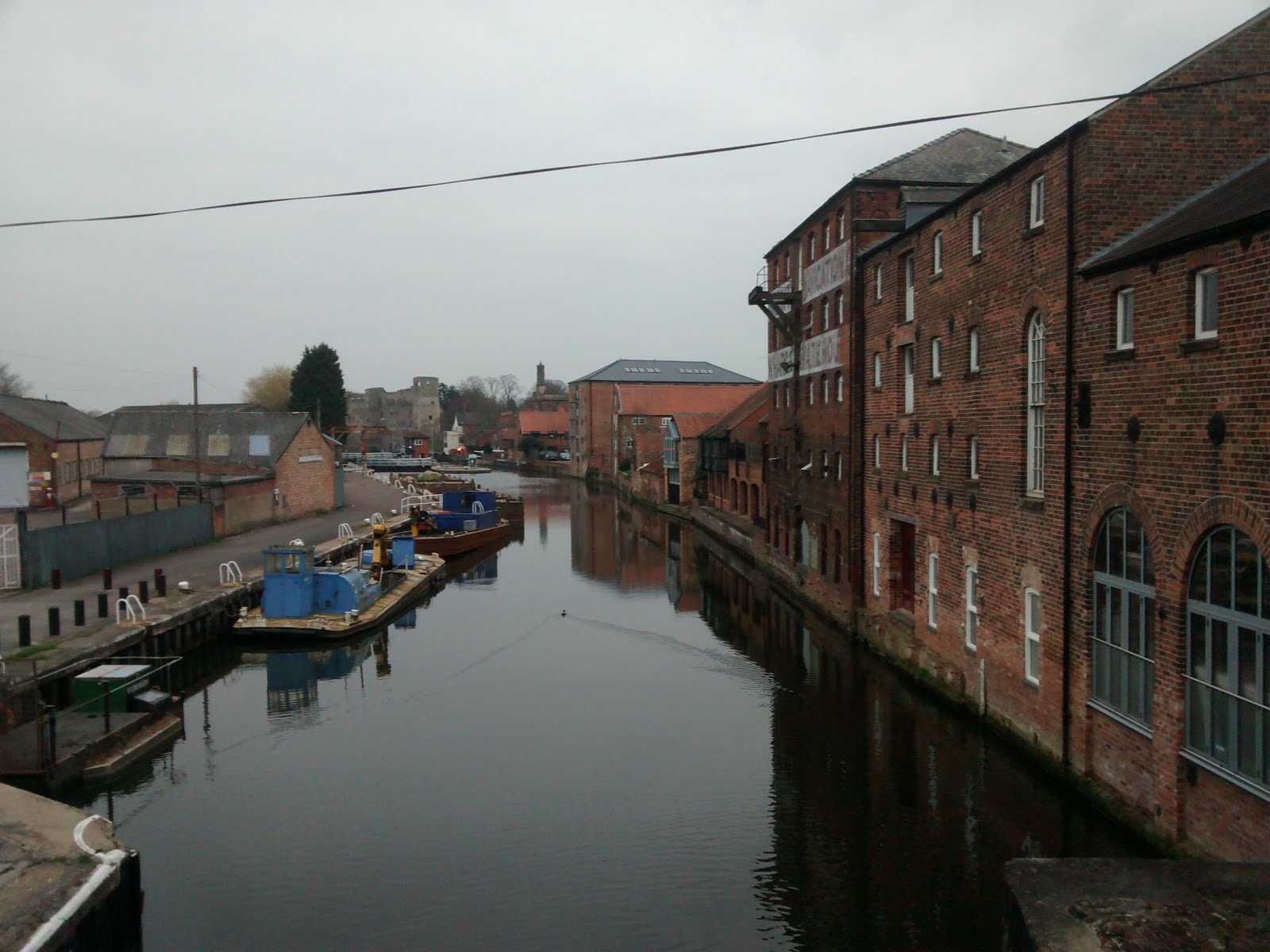 Here's the oft seen view of the river running parallel to Millgate to the North. Millgate was once a hive of river industry, with 11 pubs on it. Well that's what I've read elsewhere. 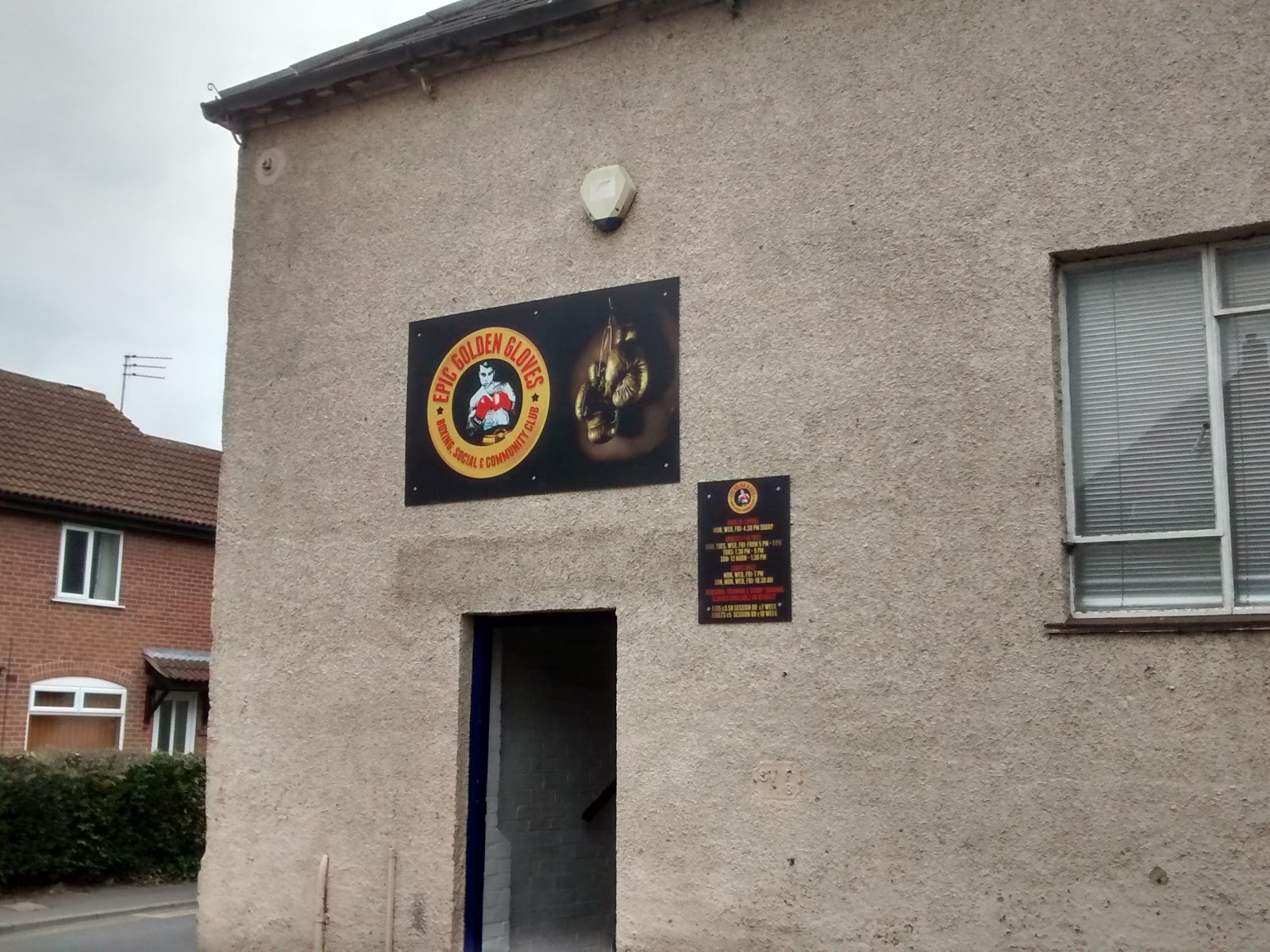 Millgate even has its own boxing gym, run by former British champion Esham Pickering. 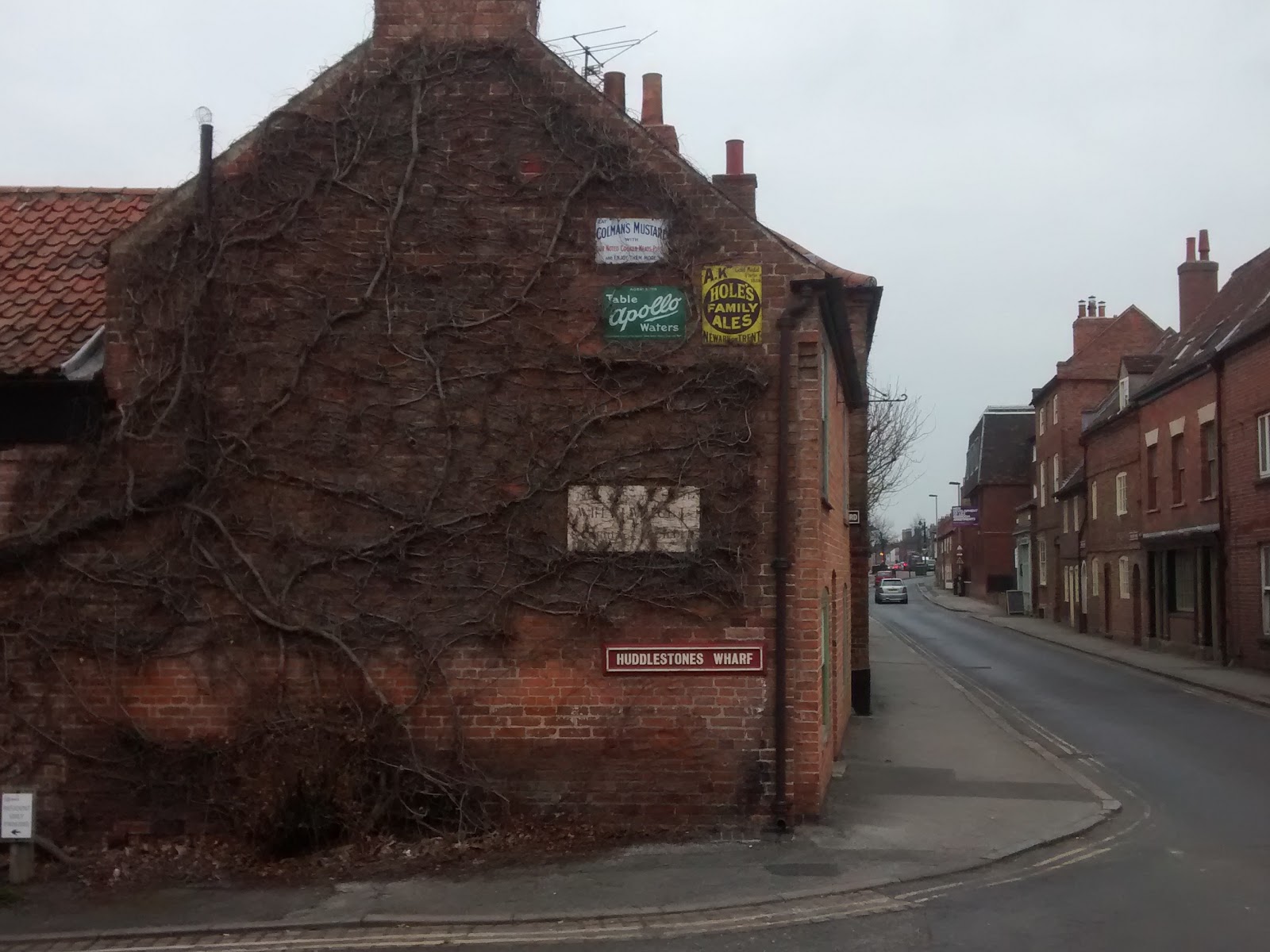 I've always loved the old signs on the side of this building, which used to house a hospice charity. 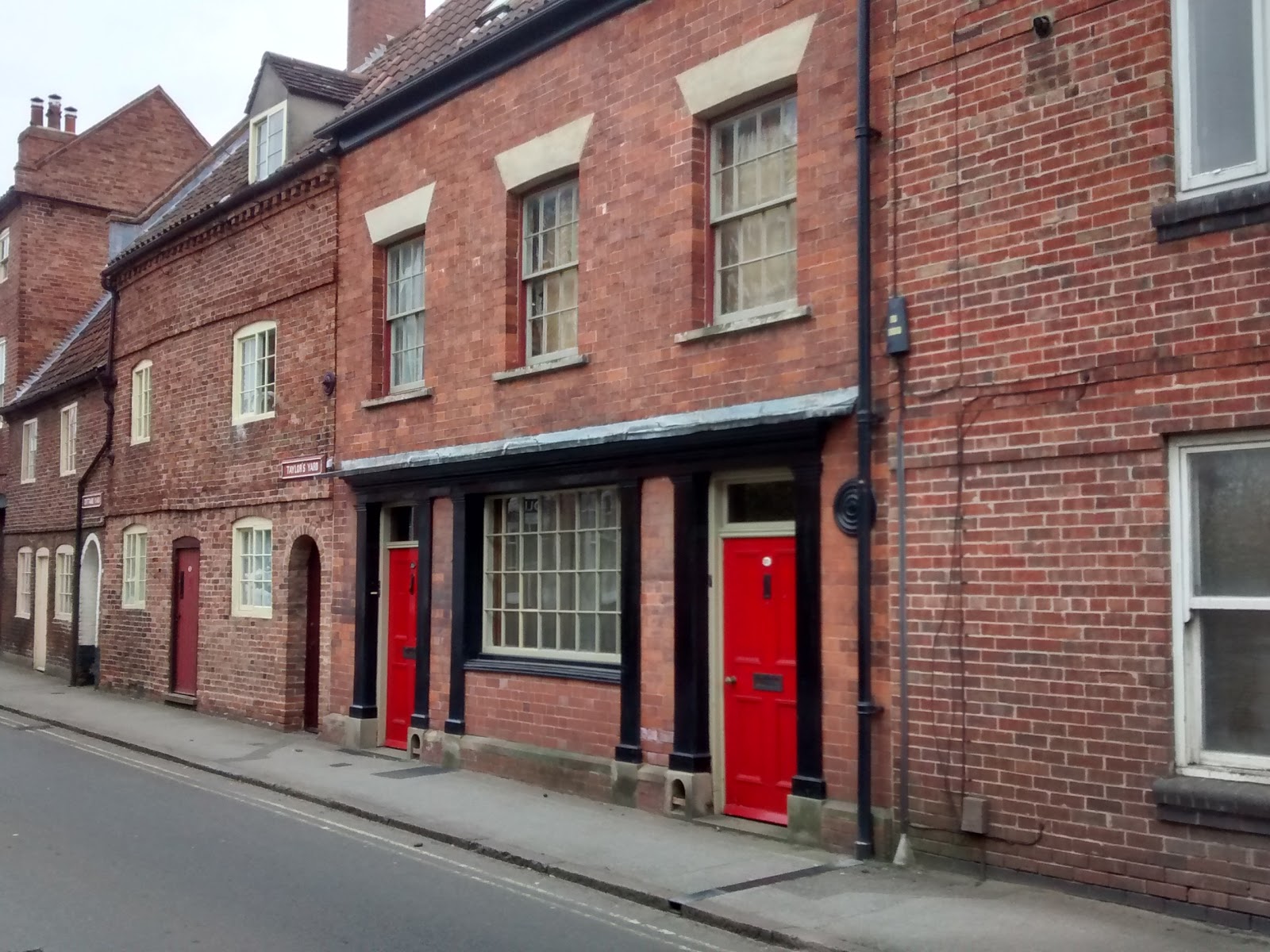 Always been intrigued by this rather dark pair of houses, which usually seems to house music school folk as well. 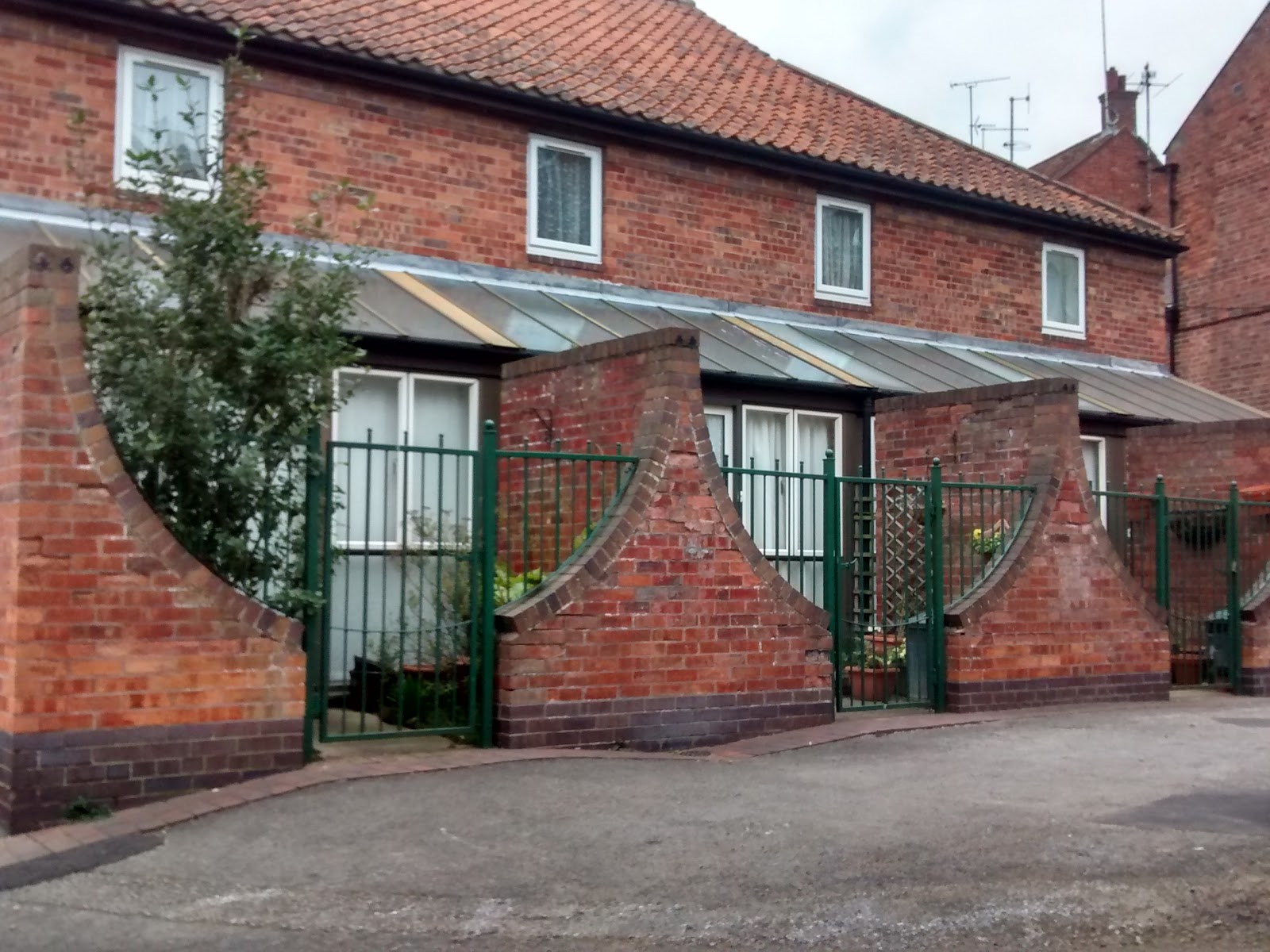 Examples of sheltered accomodation on Millgate. 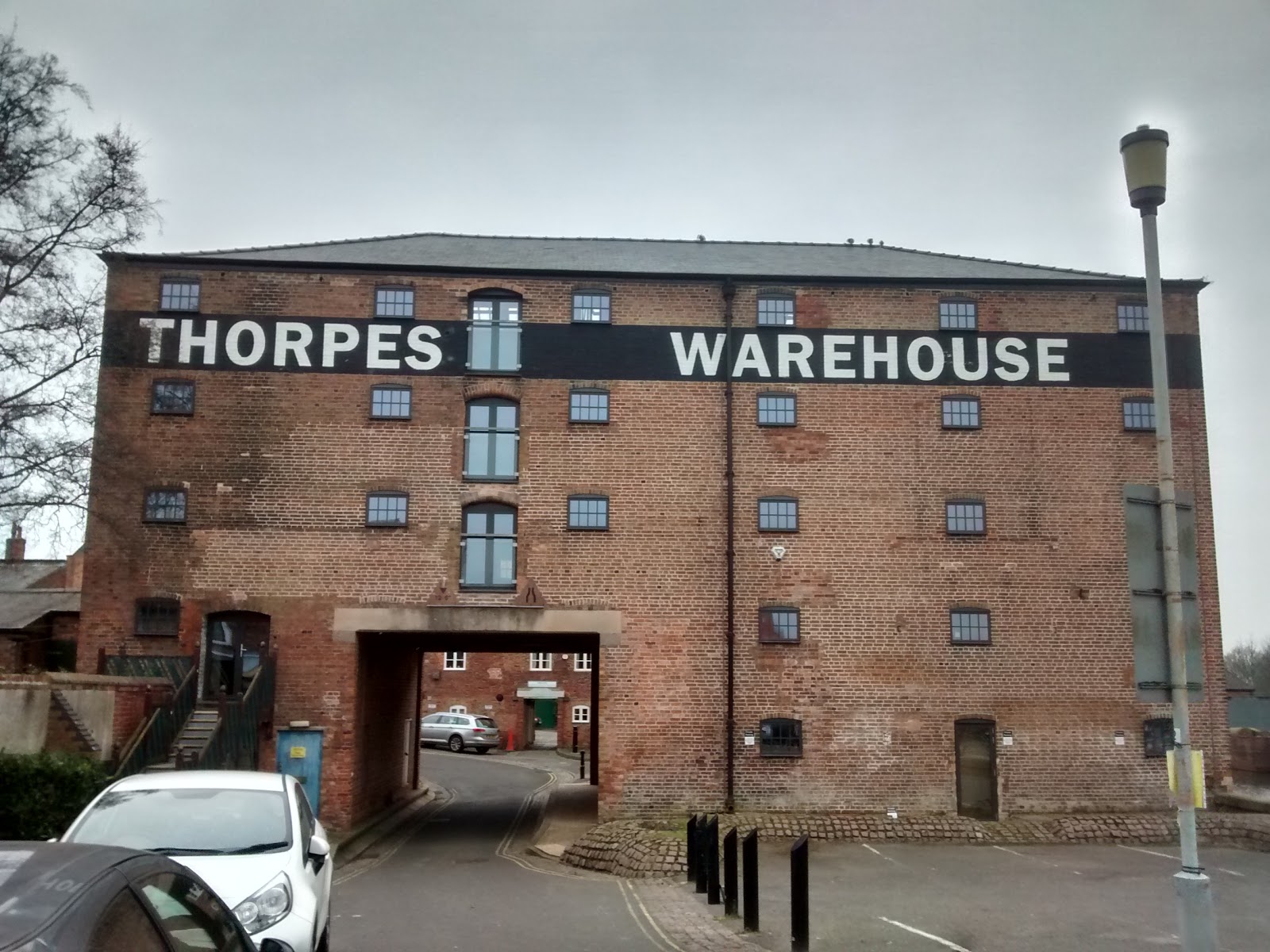 Its retro sign restored, this building is perhaps better known as Egg Packer's Yard. For much of my childhood it was a massive pottery producing all manner of products, and is now undergoing a slow conversion to flats. There's a lot of space in there, and some huge basements if I remember right. There's lots of warning signs telling of deep excavations in there. 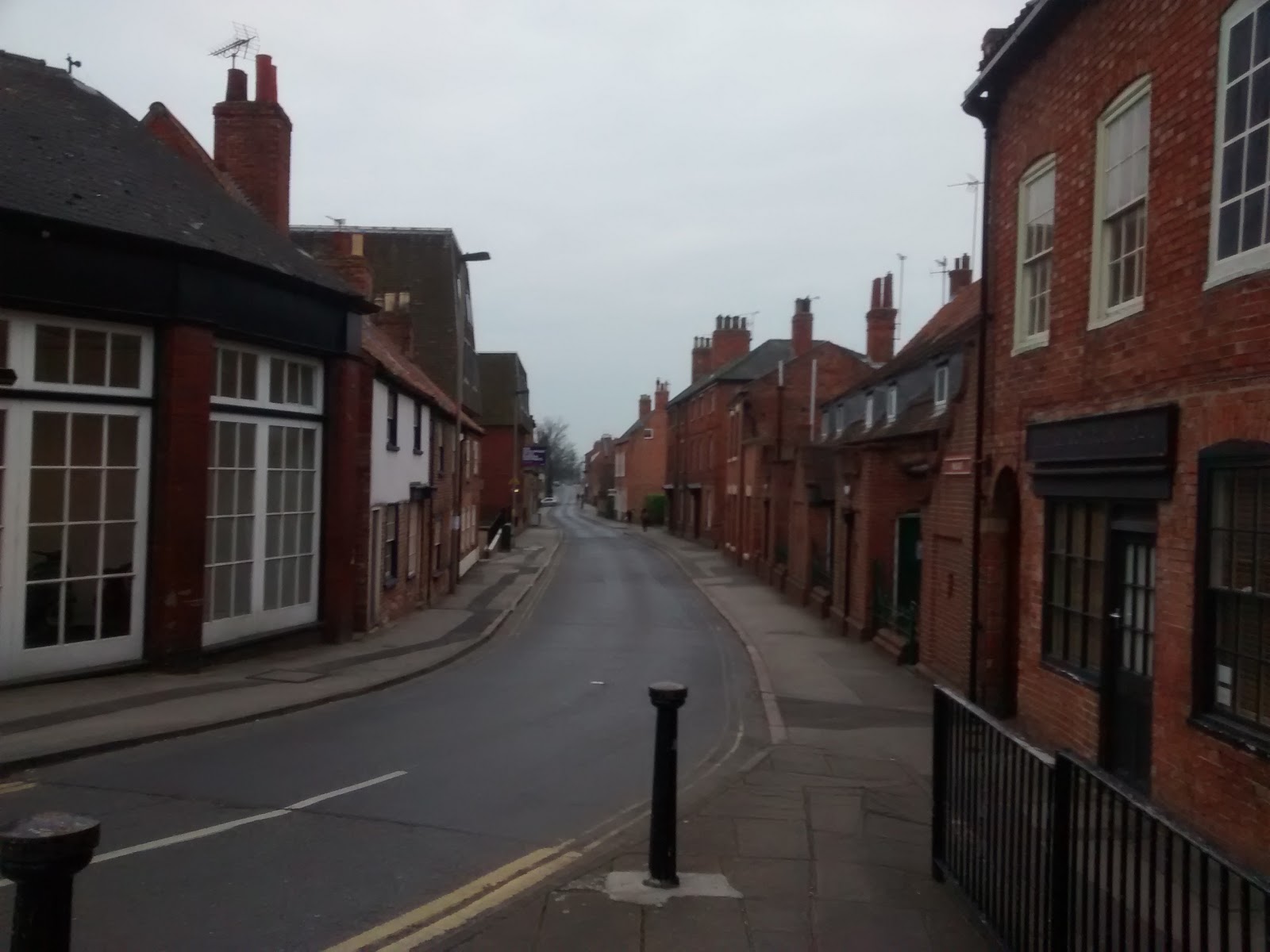 We've come to the end! We are looking back the way we came, and I hope you enjoyed the trip!

All text and images copyright CreamCrackeredNature 23.03.16

Posted by Simon Douglas Thompson at 14:16