Normally I don't pay a lot of attention to the canada and greylag geese to be found at the Balderton Blue Lake; they are such common birds and not really terribly attractive either. And the mess they leave, sheesh.

However, this extremely virile specimen caught my eye as I made my way round the lake. It wasn't his endless "look at me and my lady" honking, although that was deafening enough, but rather the enormous, python like neck the greylag had. It pulsed, and swelled, and the feathers rose up like hackles forming long lines along his gorge.

This was the most powerful looking goose I'd ever seen. It was also the largest, much larger than the canadas around the lake, and also than the other greylags; it may have had a genetic dose of a large domestic goose.

Certainly his ladyfriend was a snow white domestic goose, and very protective of her he was as well, he always kept himself between she and I - such a chivalrous bird! Eventually they took to the water, where presumably he could find some swans to honk at and show off to.

Or maybe challenge to a wing wrestle.

All text and images copyright CreamCrackeredNature 25.03.16 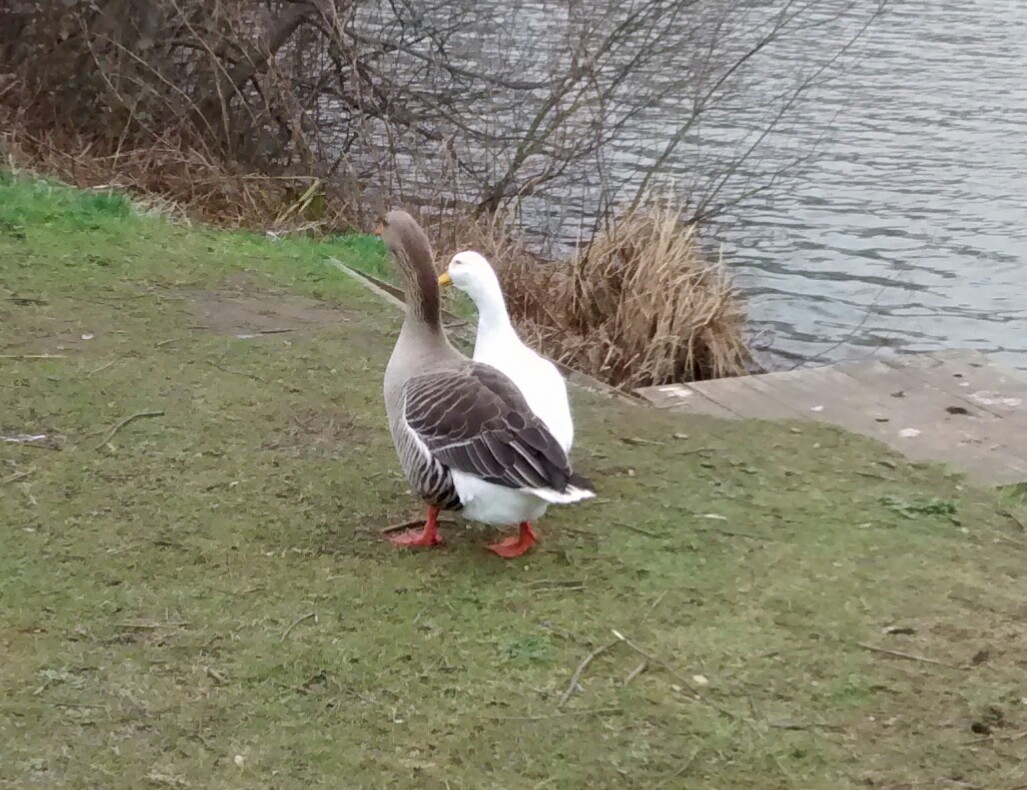 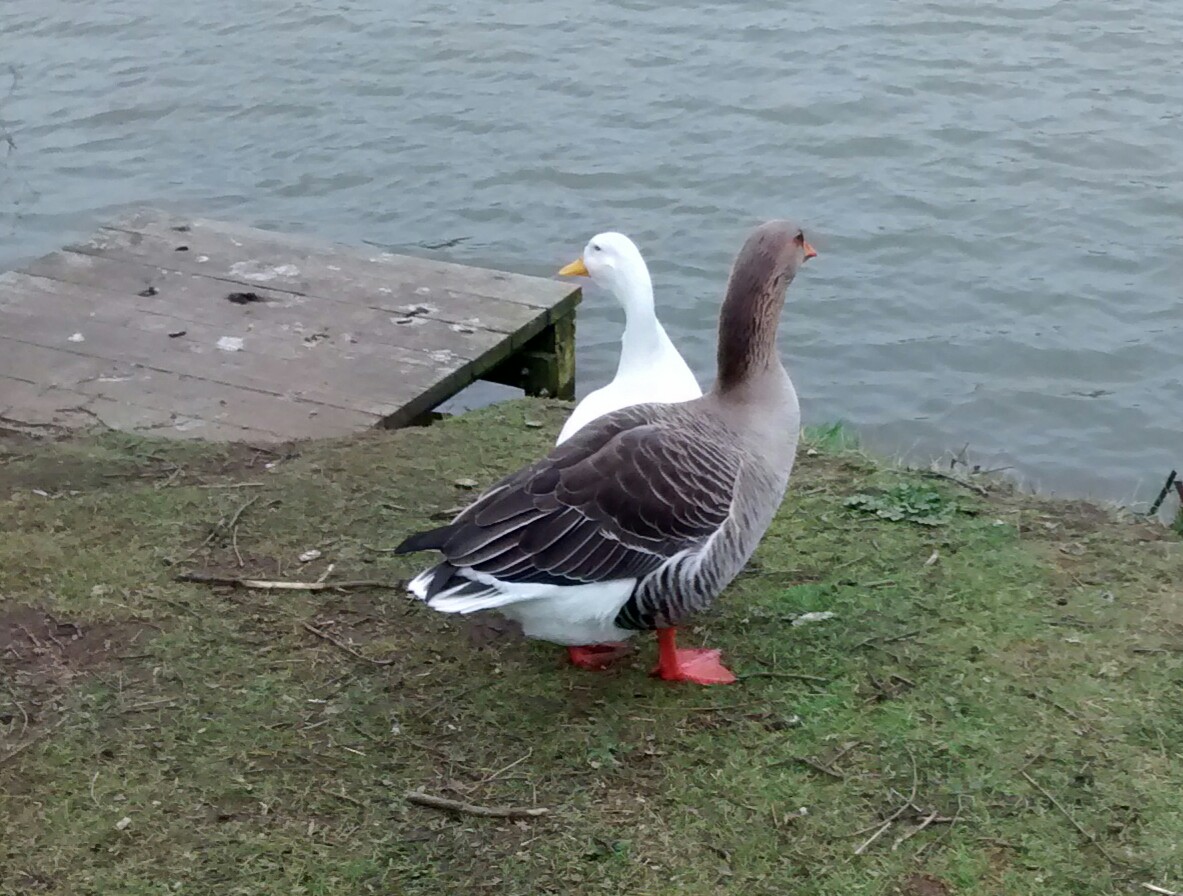 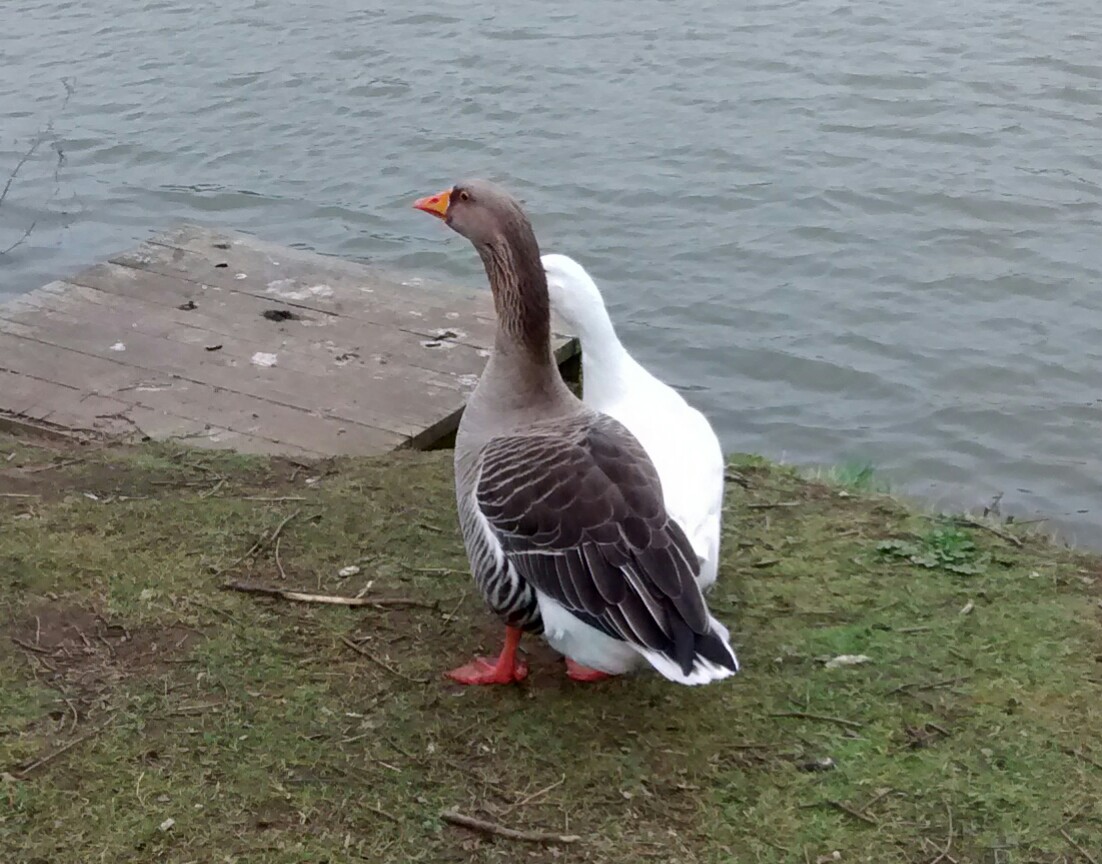 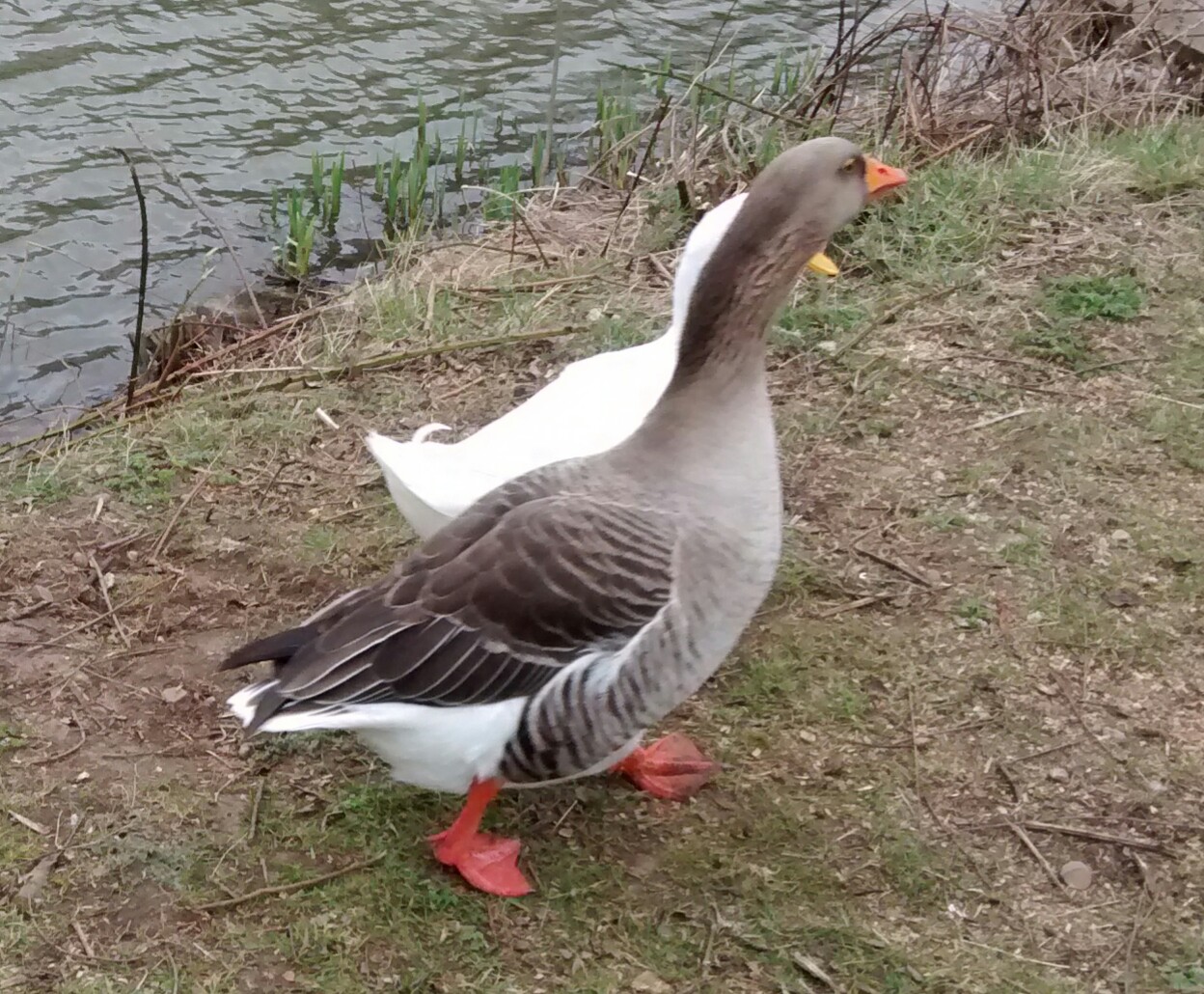 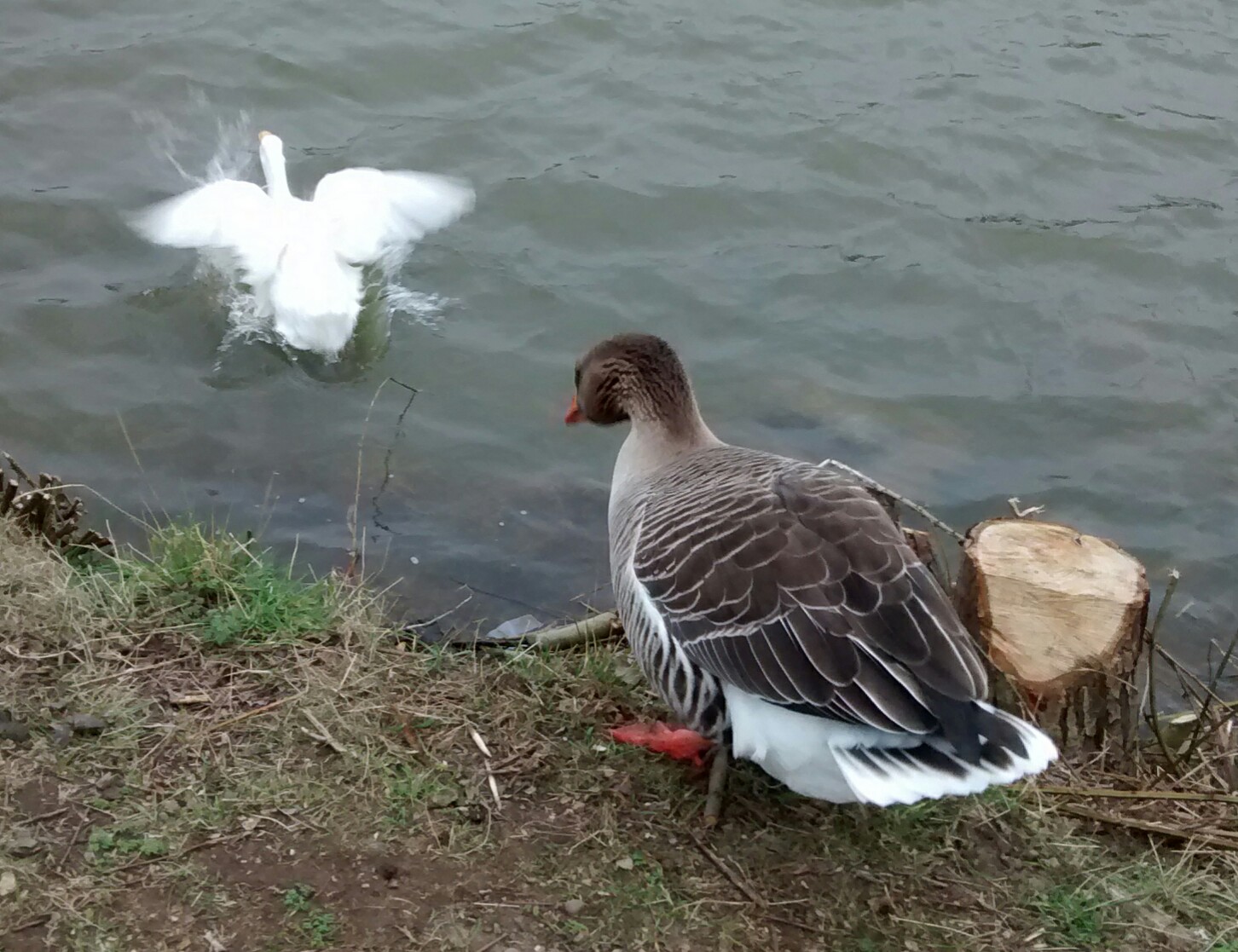