Had a fascinating chat with the warden of Sconce and Devon Park as I walked through a couple of days ago. I found him staring intently at the river, where he told me he had just been watching a kingfisher sitting on one of the riverside willows before it flew off into a copse beyond the opposite bank.

I told him that rather trumped me watching a blue tit checking out a nestbox a little further up the wood. 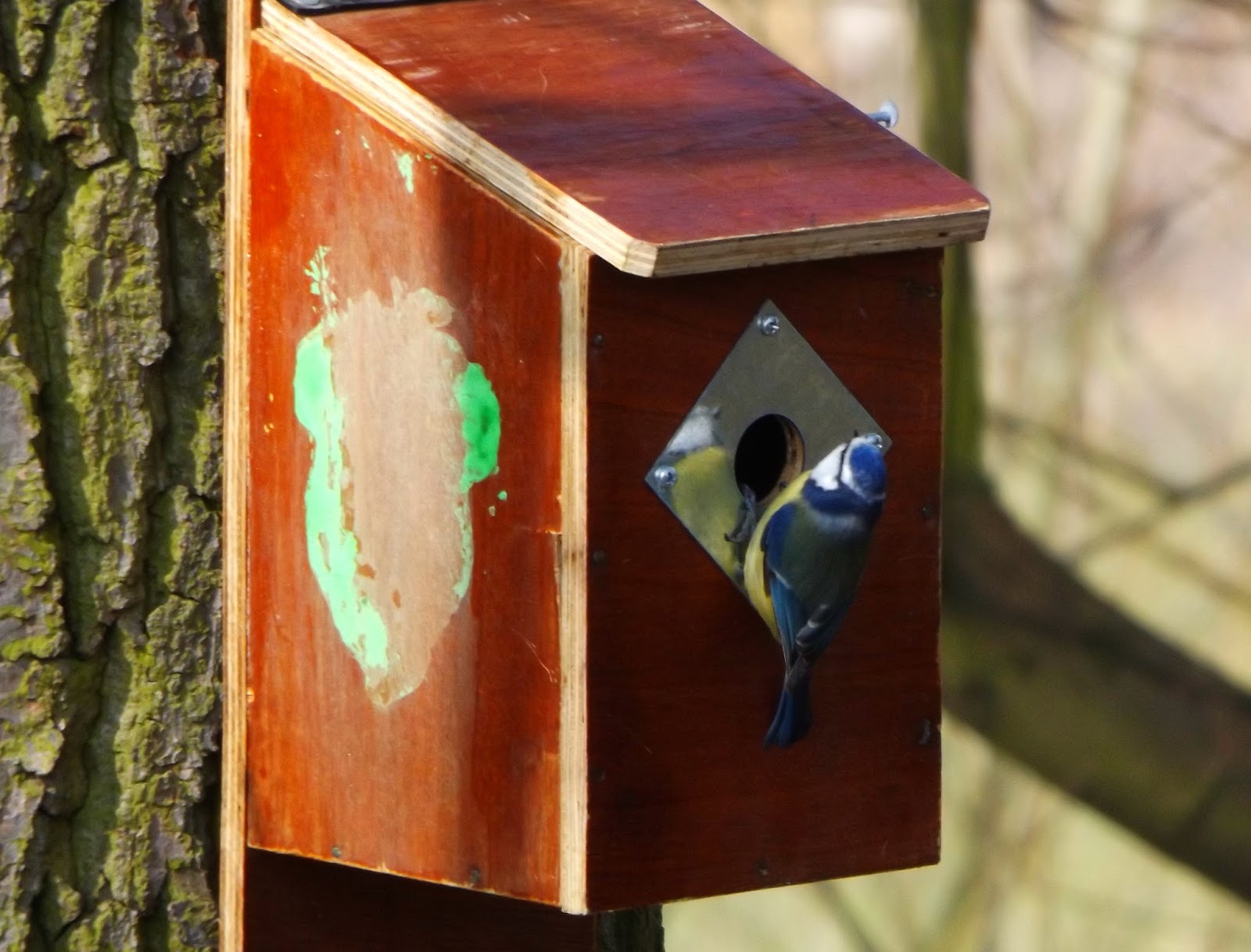 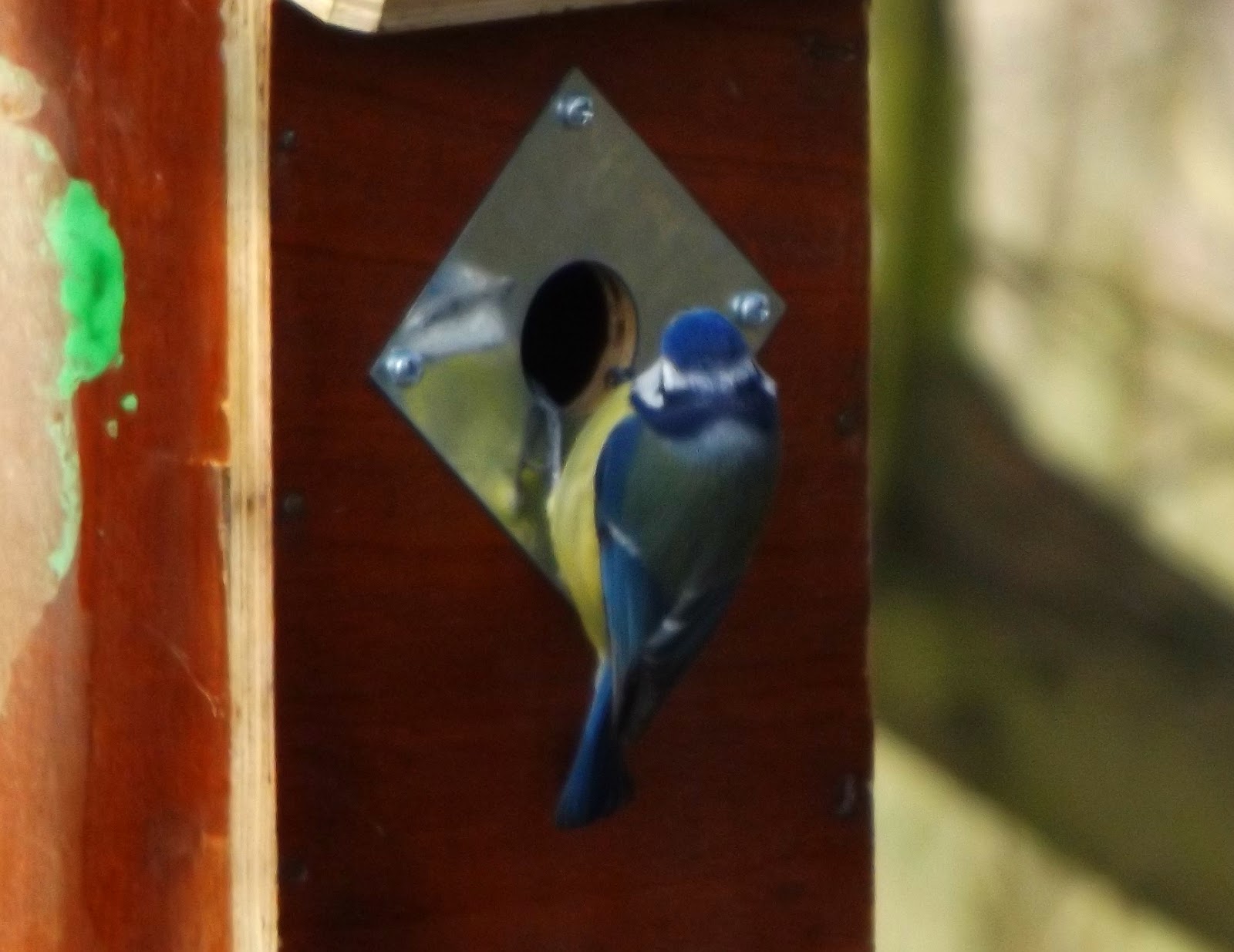 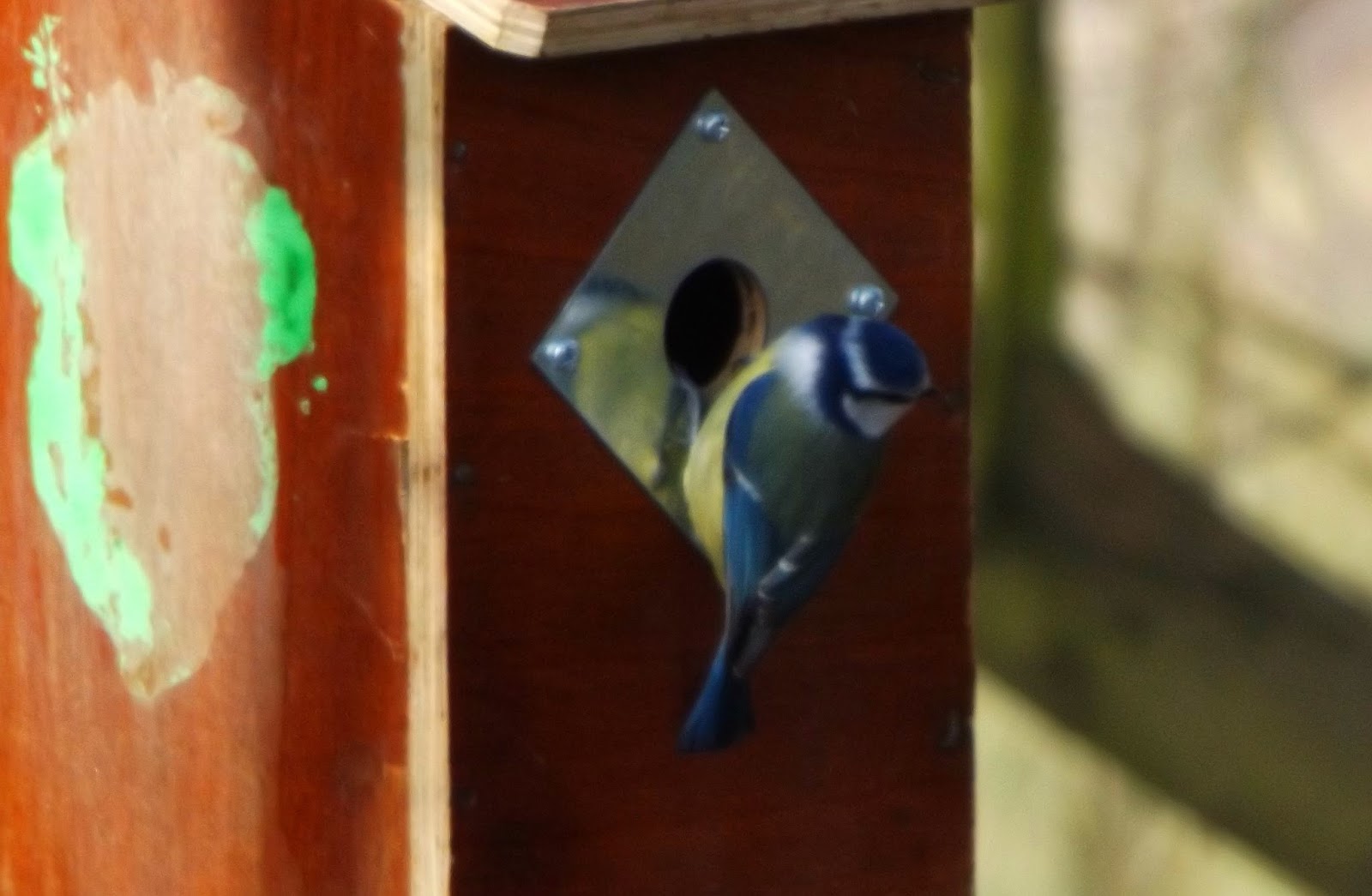 He told me of other birds he had watched; of the long tailed tits that were nesting in a low bush near where we were standing, of the willow warblers that had nested last year - a bird I had no idea had lived in these woods - and of the redwing that had flocked in the treetops a few days previously.

He told me to listen; he pointed out then the high pitched call of a treecreeper high up on the old oak trunks somewhere. He then pointed to another tree, and showed me the nest hole made by greater spotted woodpeckers the summer before.

He told me to keep an eye on it, in case they return this year. 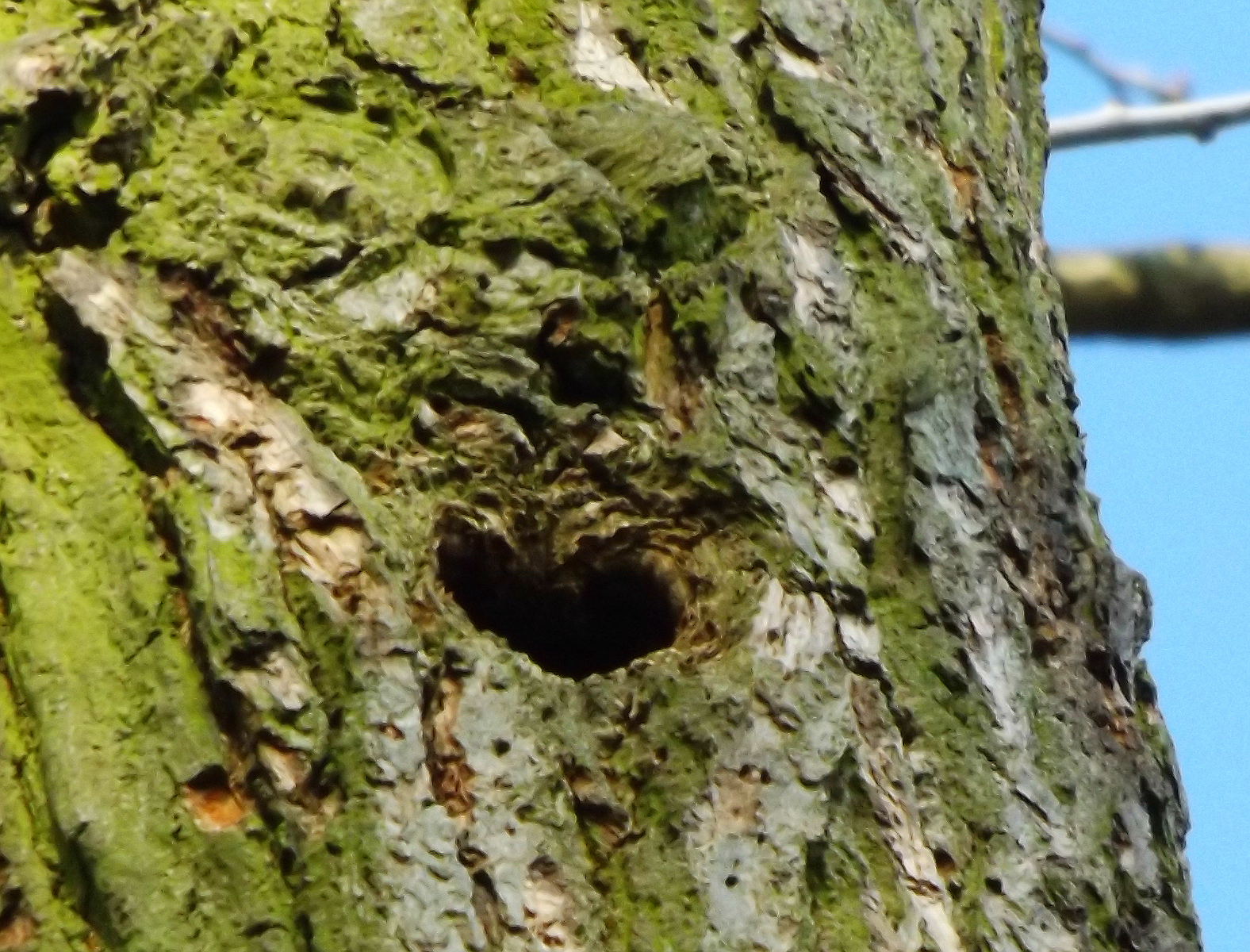 It was a fascinating little talk, and I resolved to try an be even more observant when traversing this valuable but small piece of old woodland. I was today, but it was a grey grey cold day, and though there was plenty to hear, there wasn't anything to see. But it is a lesson well learned, and I hope to see more birds in the old wood now.

All text and images copyright CreamCrackeredNature 15.03.16

Posted by Simon Douglas Thompson at 12:25