On another cold windy day where spring wildlife was not exactly in abundance, it was nice to head out on another slow and steady run around the two lakes, and finally to Friary Park, where I have often taken pictures of the flowers to show you. 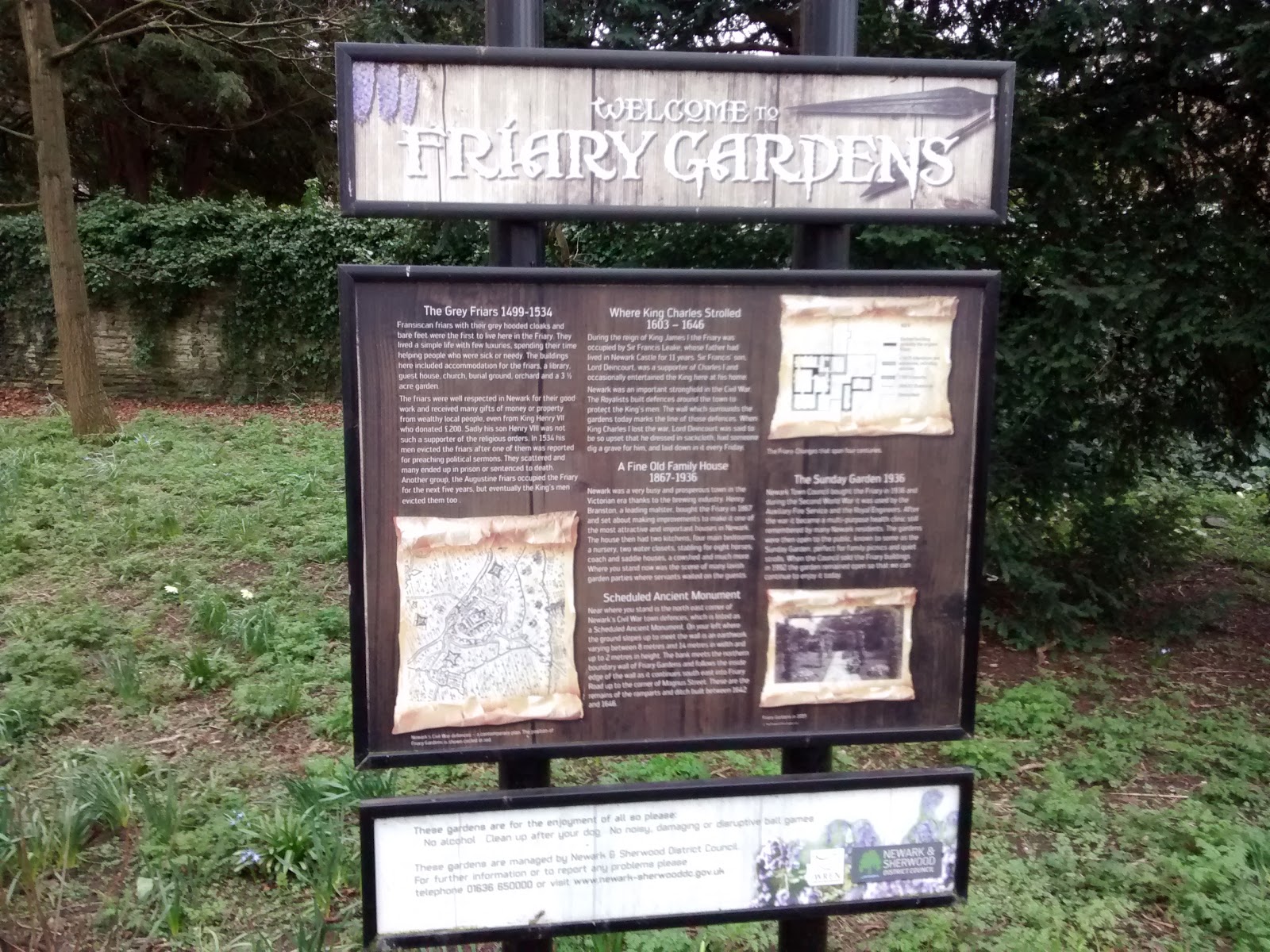 There was indeed a Franciscan Friary here until 1534 when Henry VIII warmed up for the Reformation proper by shutting the place down for political sermonising, at which point the land fell into the hands of rich private landowners. Next door to the gardens is the Friary proper, restored buildings converted into very expensive flats and houses.

It's only a small space, dominated by the huge and strangely tumerous london plane tree with its dangling spiky catkins just now coming into flower. 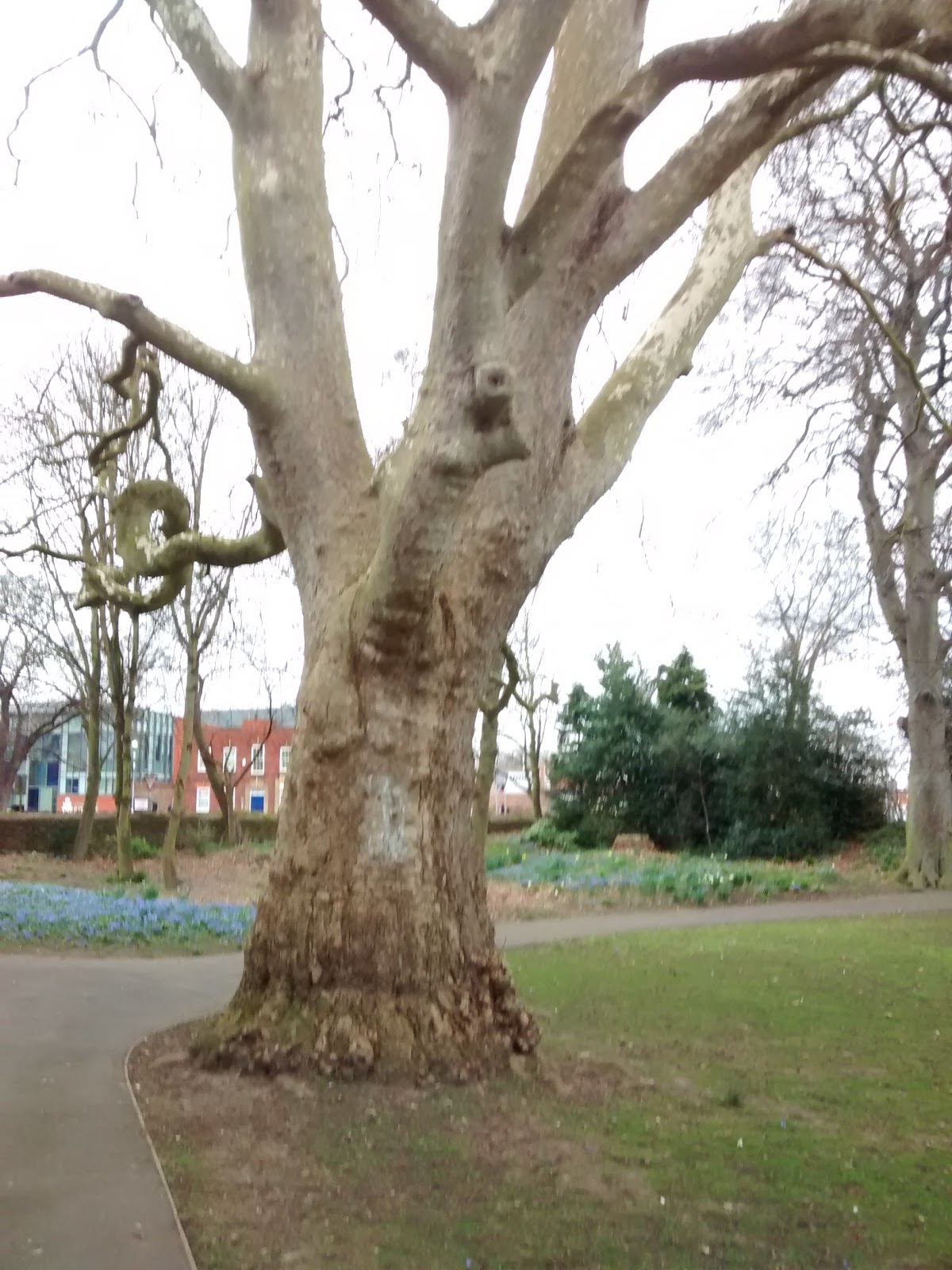 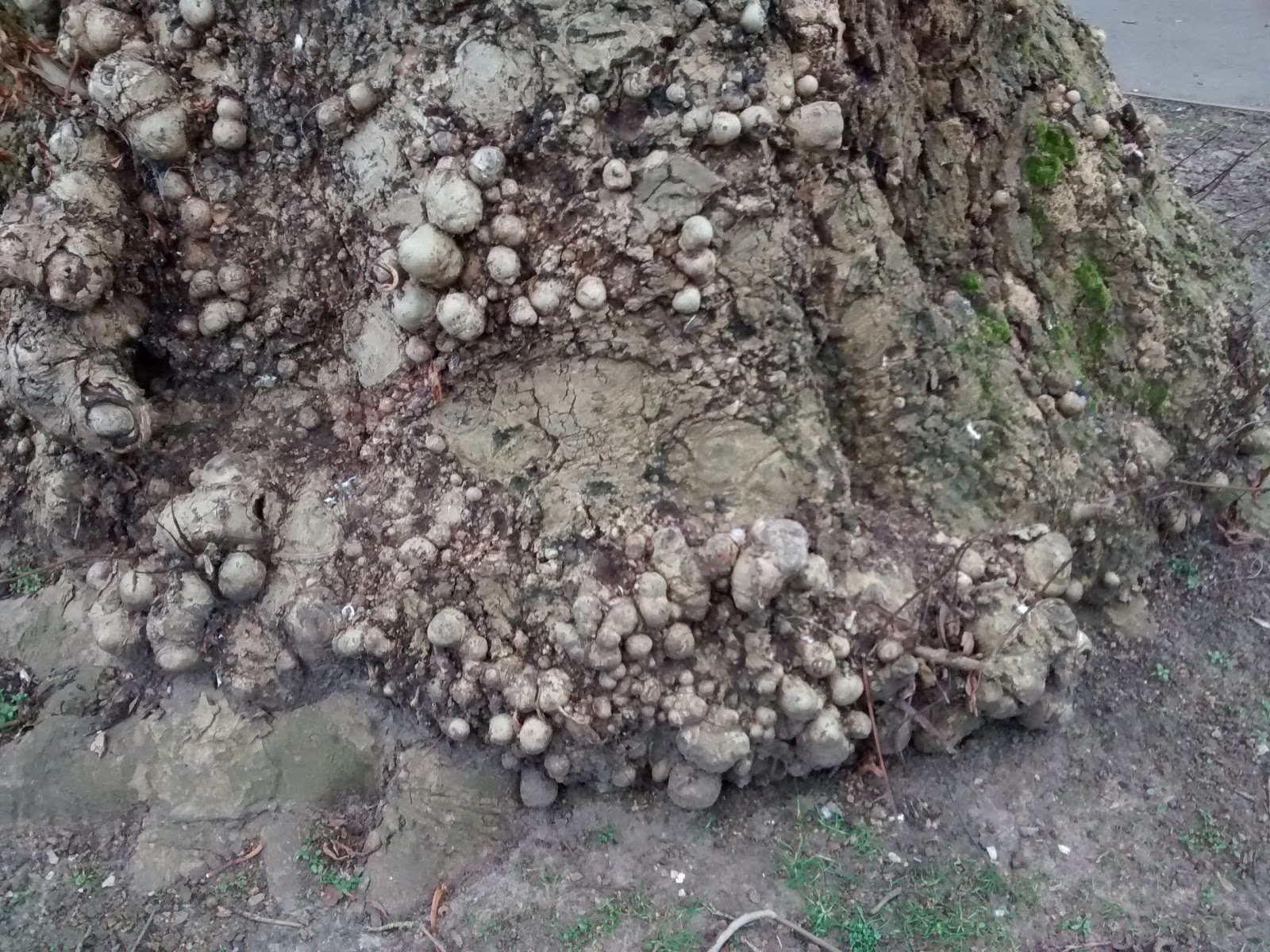 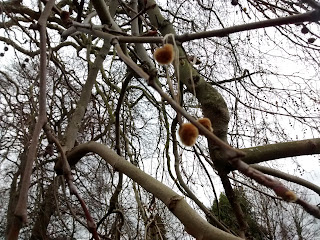 It isn't a hugely used space, there's usually a dog being walked at virtually all hours of the day, and in summer months it becomes a place to party for Eastern European workers knocking off at 6am after their last night shift of the week. I often see them sat drinking their cans of Lech when I cycle to work. Of course, like the library gardens, the lost soul street drinkers can be seen here any time of the year. 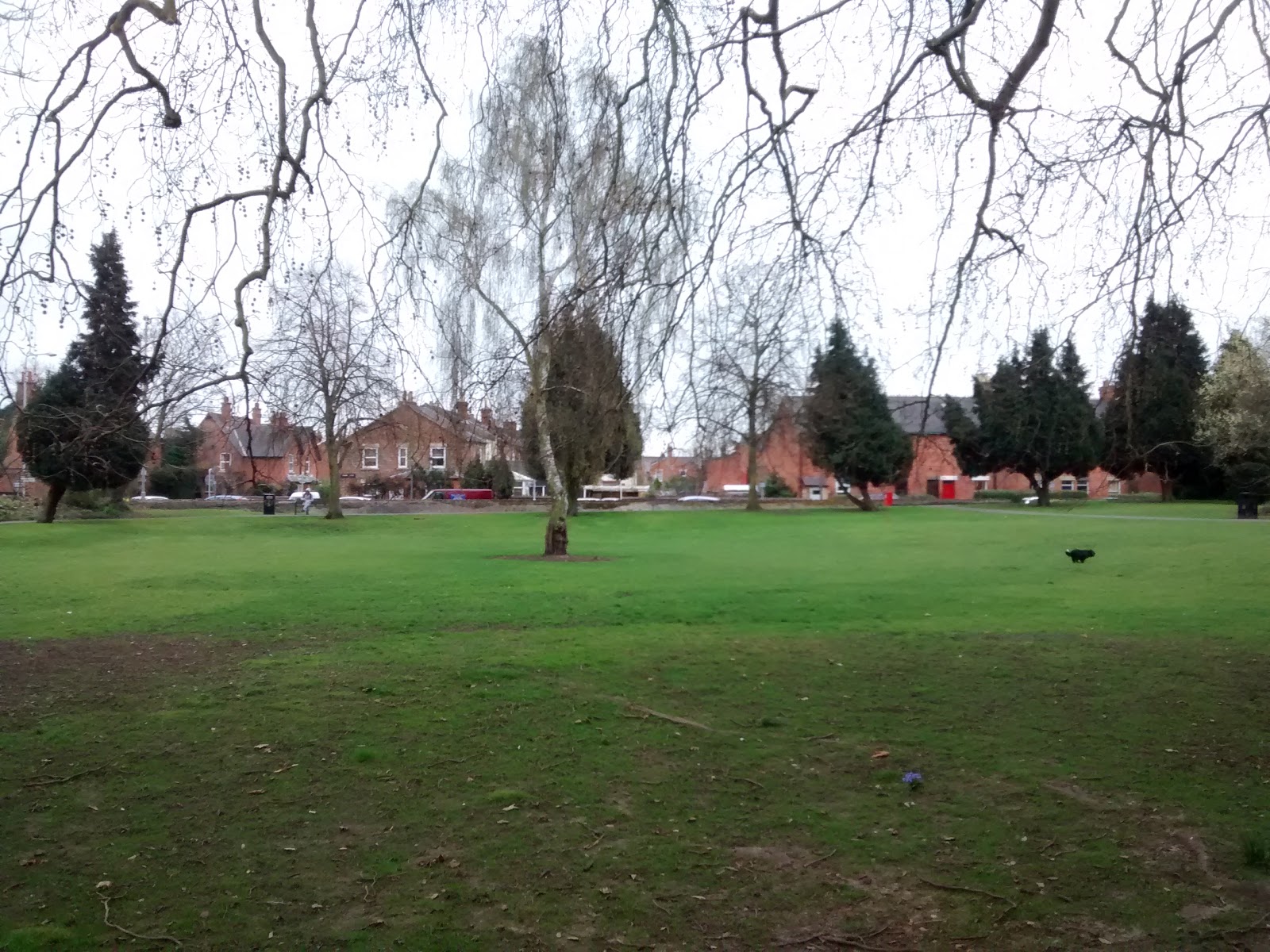 The gardens are always at their best in the winter and spring, when I track the appearance of aconite, squill and grape hyacinth, and the bees that appear to feed on them. I've also noticed these strange green flowers that the bumbles seem to enjoy too. 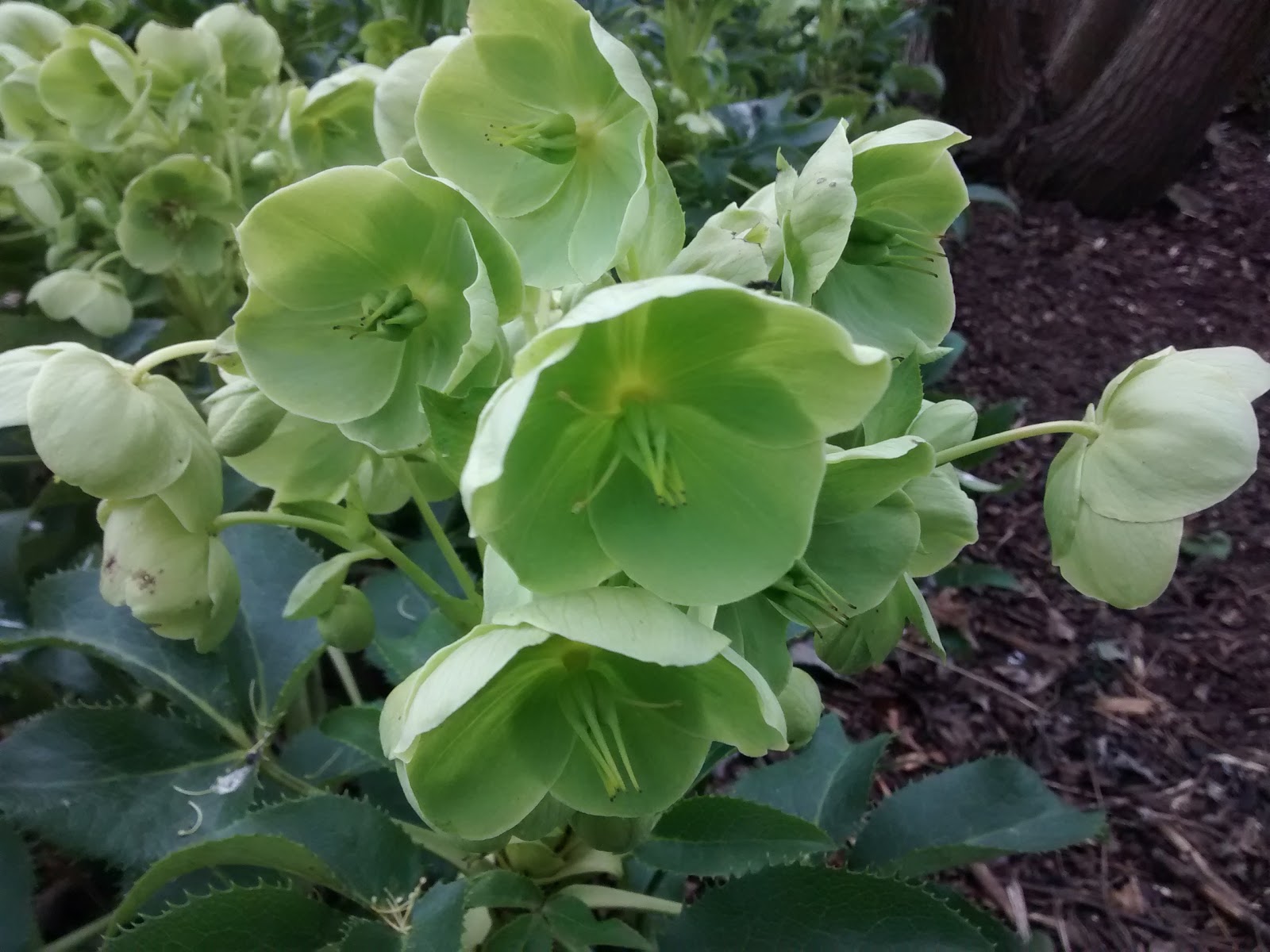 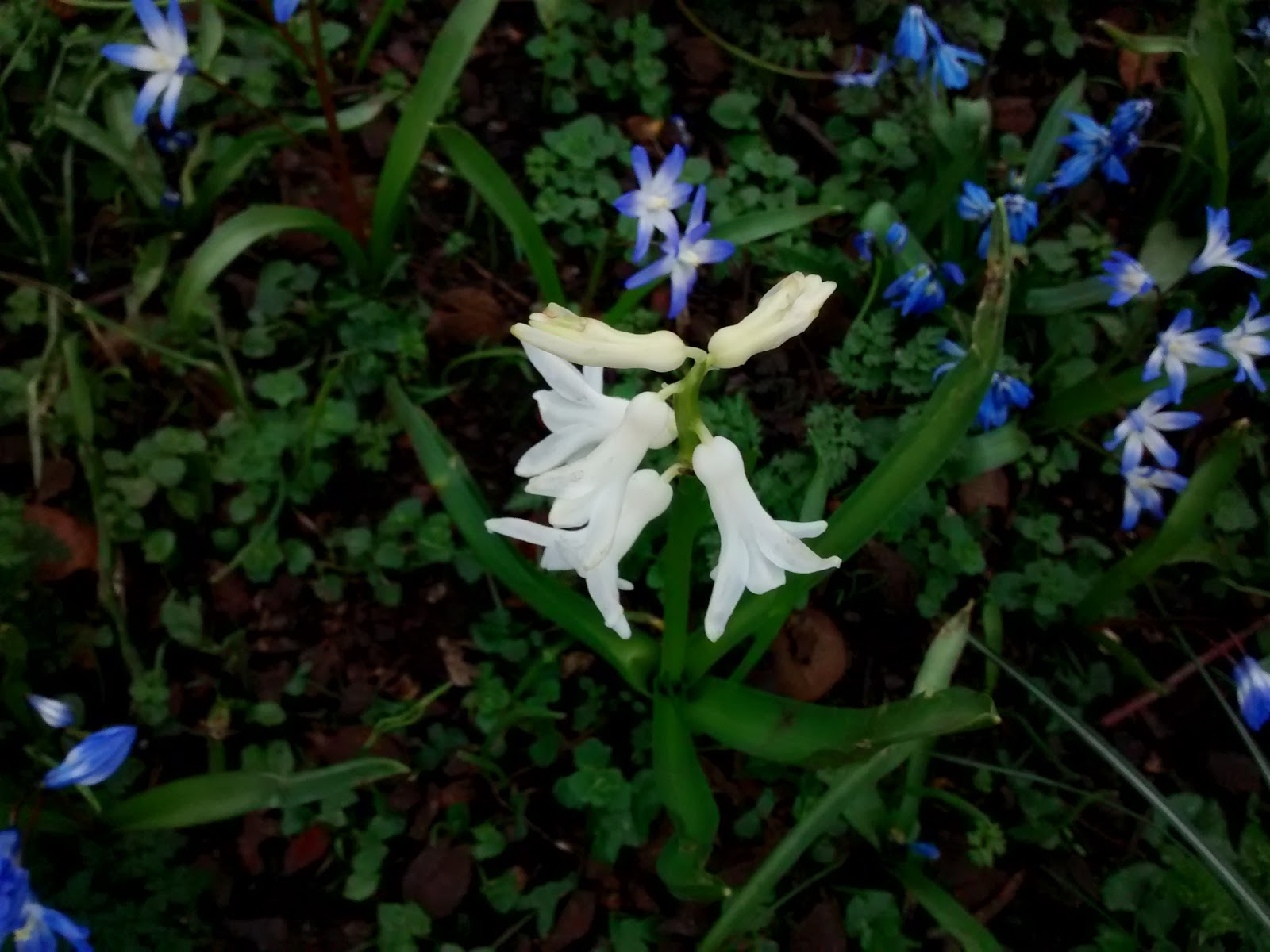 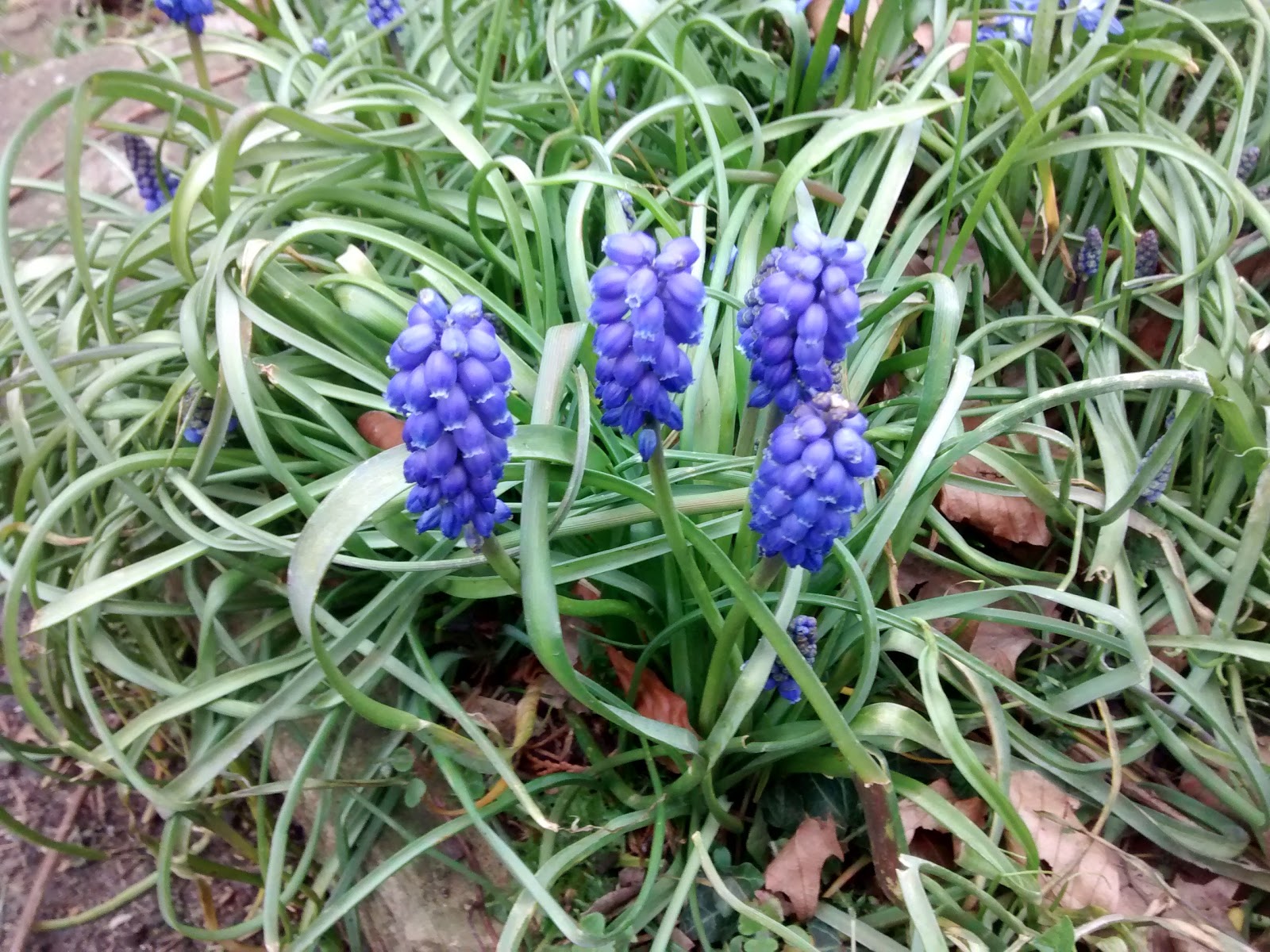 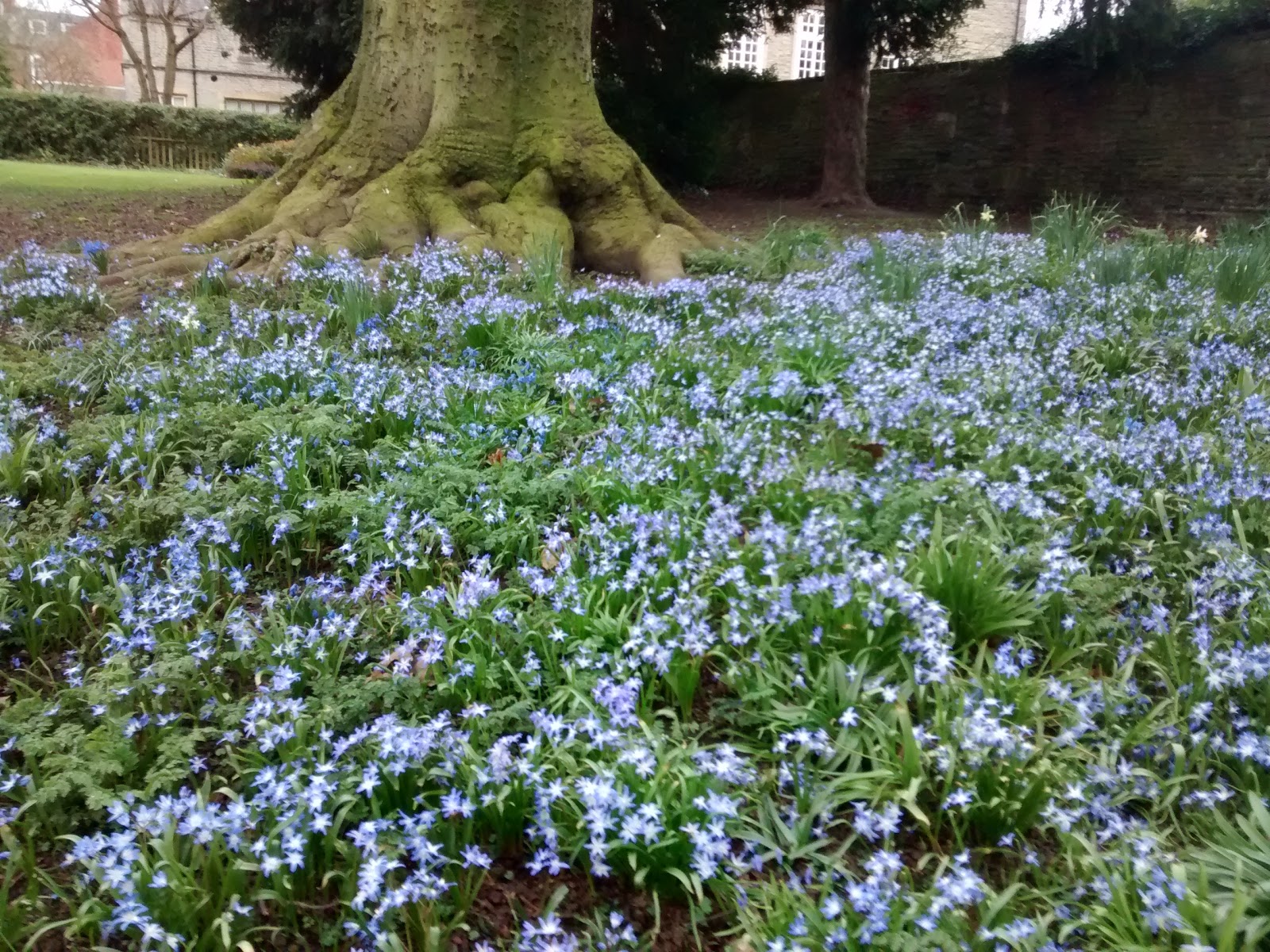 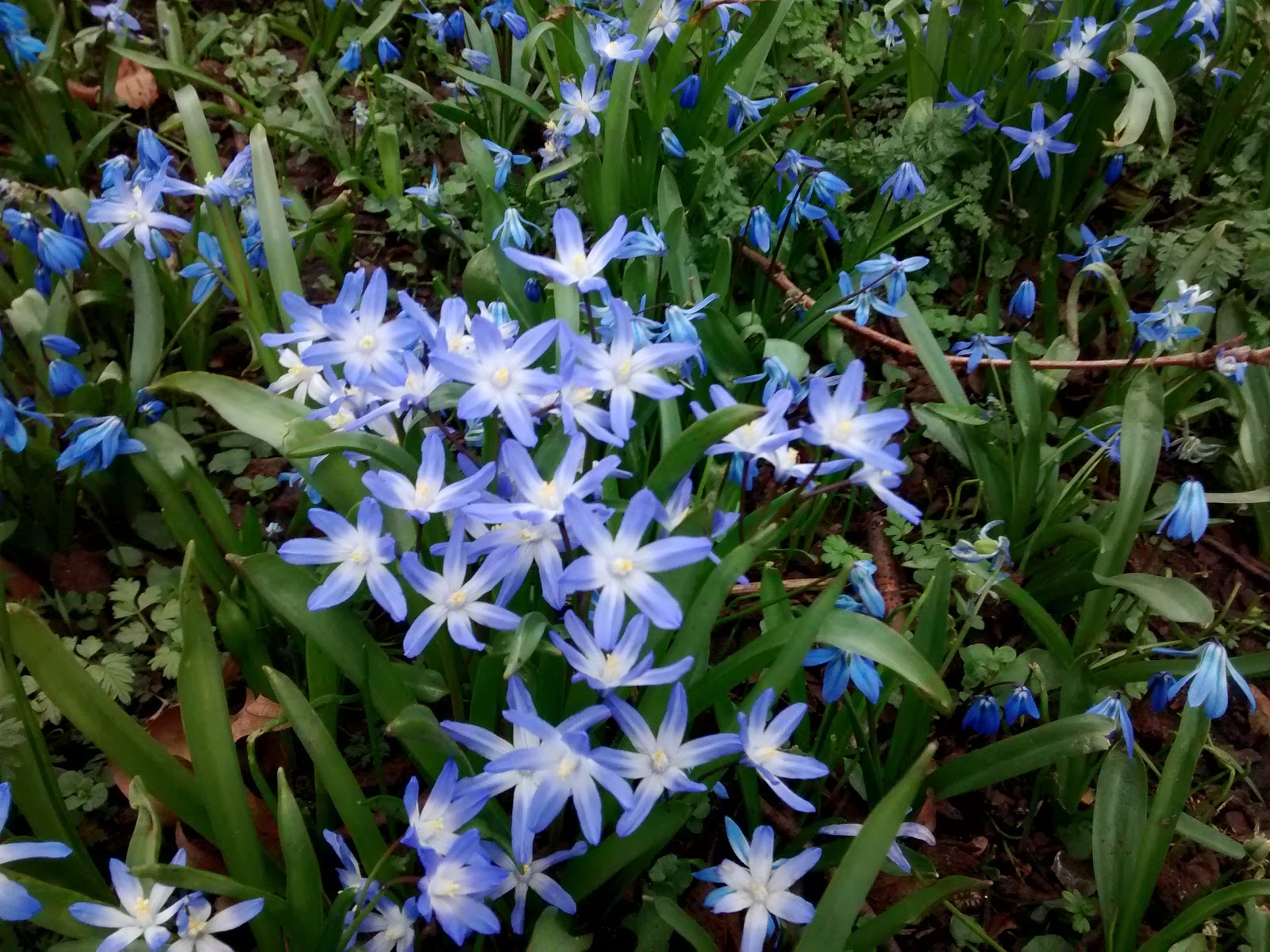 It never seems as interesting in Summer, although I will keep checking it out. I'm sure there should be forget-me-nots around by now. Where are they? The so called early spring is actually later than the last couple of years.

All text and images copyright CreamCrackeredNature 24.03.16
Posted by Simon Douglas Thompson at 14:34