The Clouds! The Pain!

I went to the park for a lunch time cup of tea- nothing terribly exciting there I'm afraid, apart from the fact that the black-headed gulls were incredibly noisy and sounded like the gull-like screeches on "Echoes" by Pink Floyd.

I wonder how it gets decided which gulls get their black heads back first - is it a testosterone thing, like some form of avian puberty? Who knows?

The cloudscapes on yet another scuddy day were spectacular.

The early evening was taken up with cricket practice where again I bowled well, and batted horribly if not as horribly as last week. The main issue was my foot, which was fine last week, but this evening flared up really badly as I made an awkward step while delivering the ball.

Hence, it's rolling myfoot on a tennis ball time again.

All text and images copyright CreamCrackeredNature 10.02.19 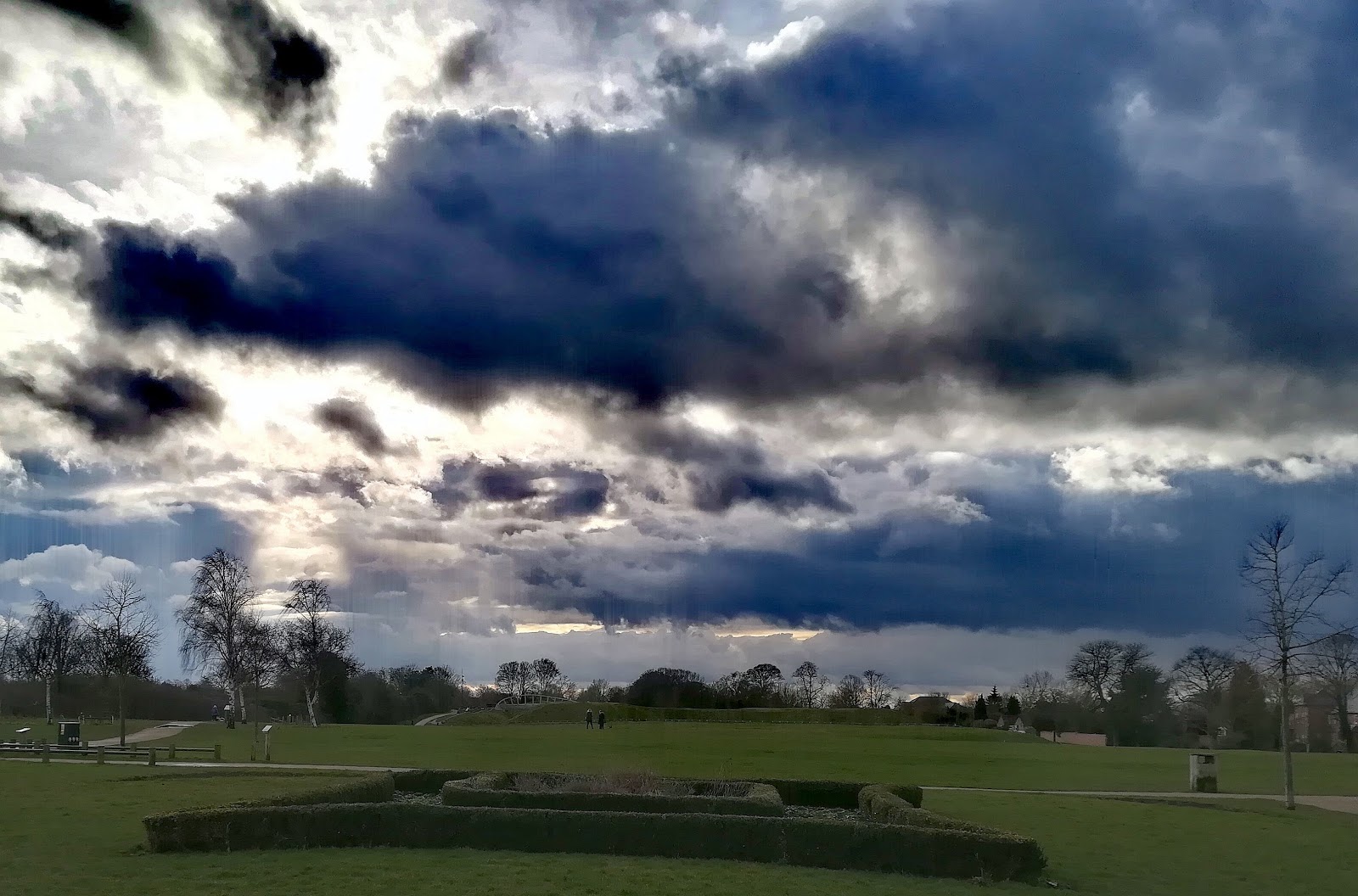 Posted by Simon Douglas Thompson at 14:07