It's been really wild today, if luckily not in such sustained bursts as we had during the other "Beast from the East". All day there have been half hour blizzard periods, with a hailstorm thrown in, and the fierce wind has been blowing spindrift all around the place even when the gods turned the snow off.

As I write this, rather pathetically watching Casualty on my own, it is still falling and settling.

I've been out for a couple of walks today, and my face feels rather sandblasted, but even in the cold I always enjoy it. The flowers are wearing white caps, shivering in the breeze, and the small birds are hiding away. Even a cormorant was finding that the water was too cold, and decided to merely watch the choppy surface of London Road pond rather than fish. A fleet of ducks sailed in the distance on the Blue Lake but it was so wild I couldn't tell if they were goosander or not.

The black headed gulls tried to huddle round the lee of the peninsula in the lake, to avoid their feathery decks getting swamped.

The glory of the snows now had some snow to be glorious in, but they weren't looking particularly pleased.

All text and images copyright CreamCrackeredNature 17.03.18 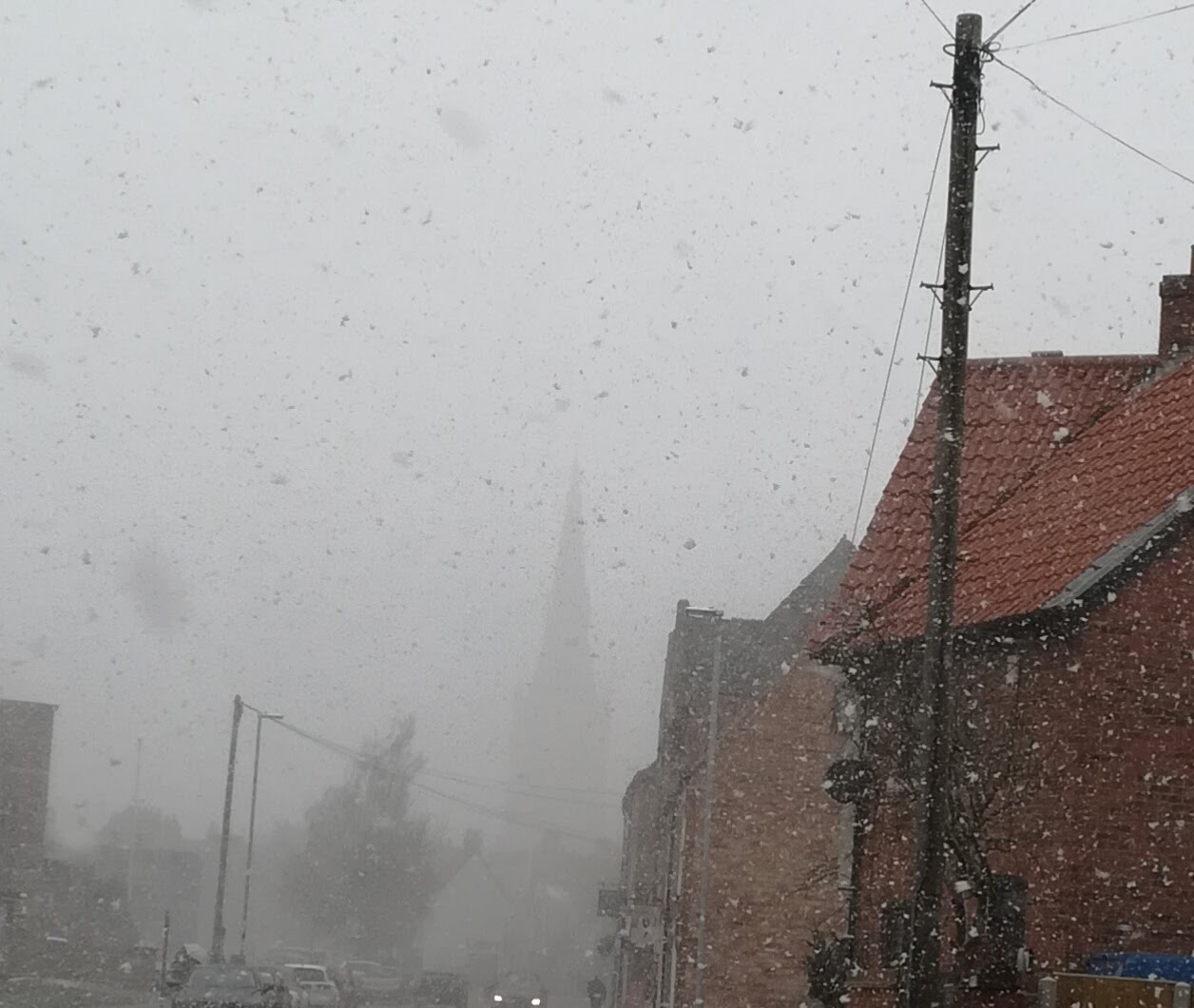 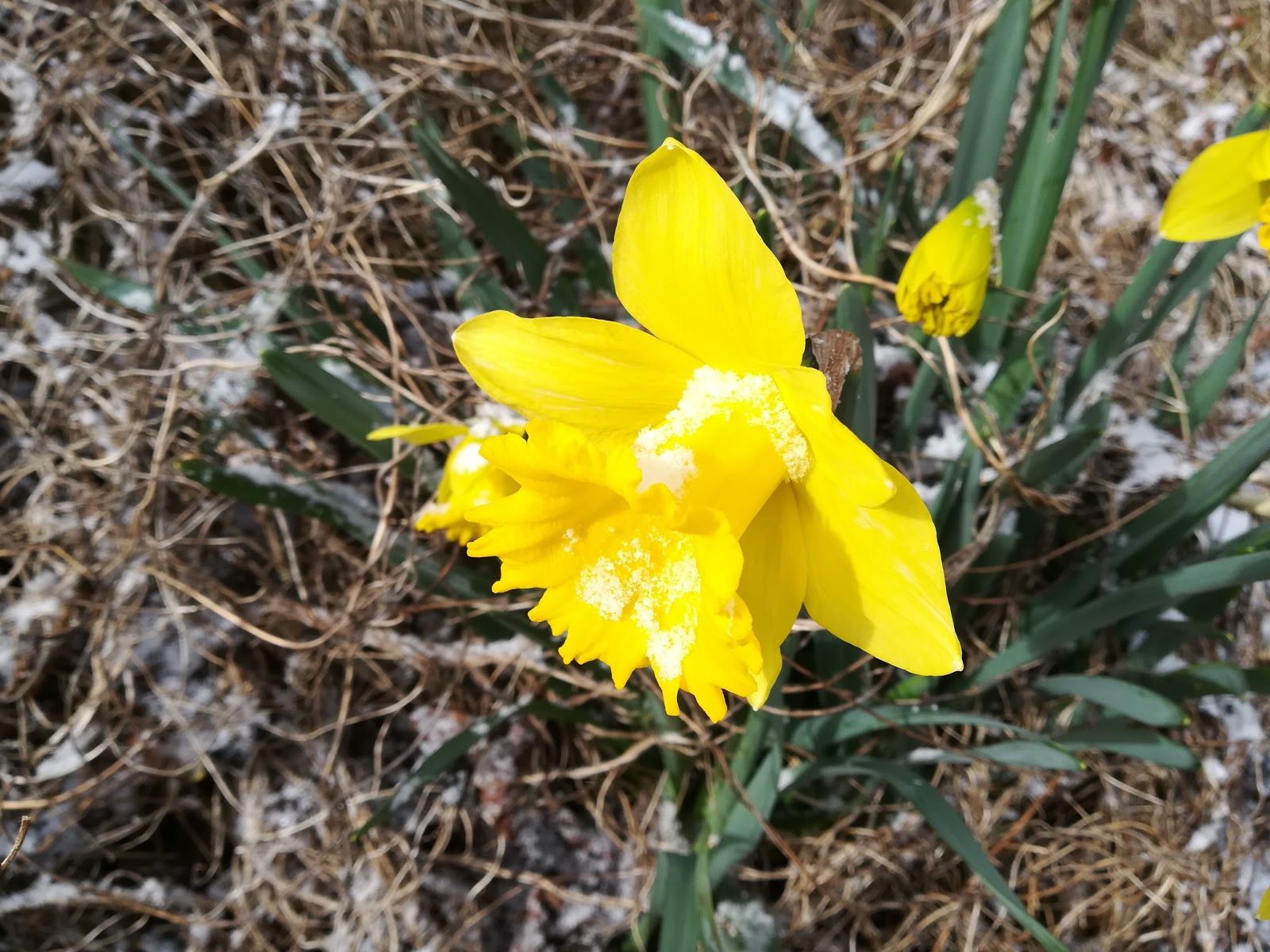 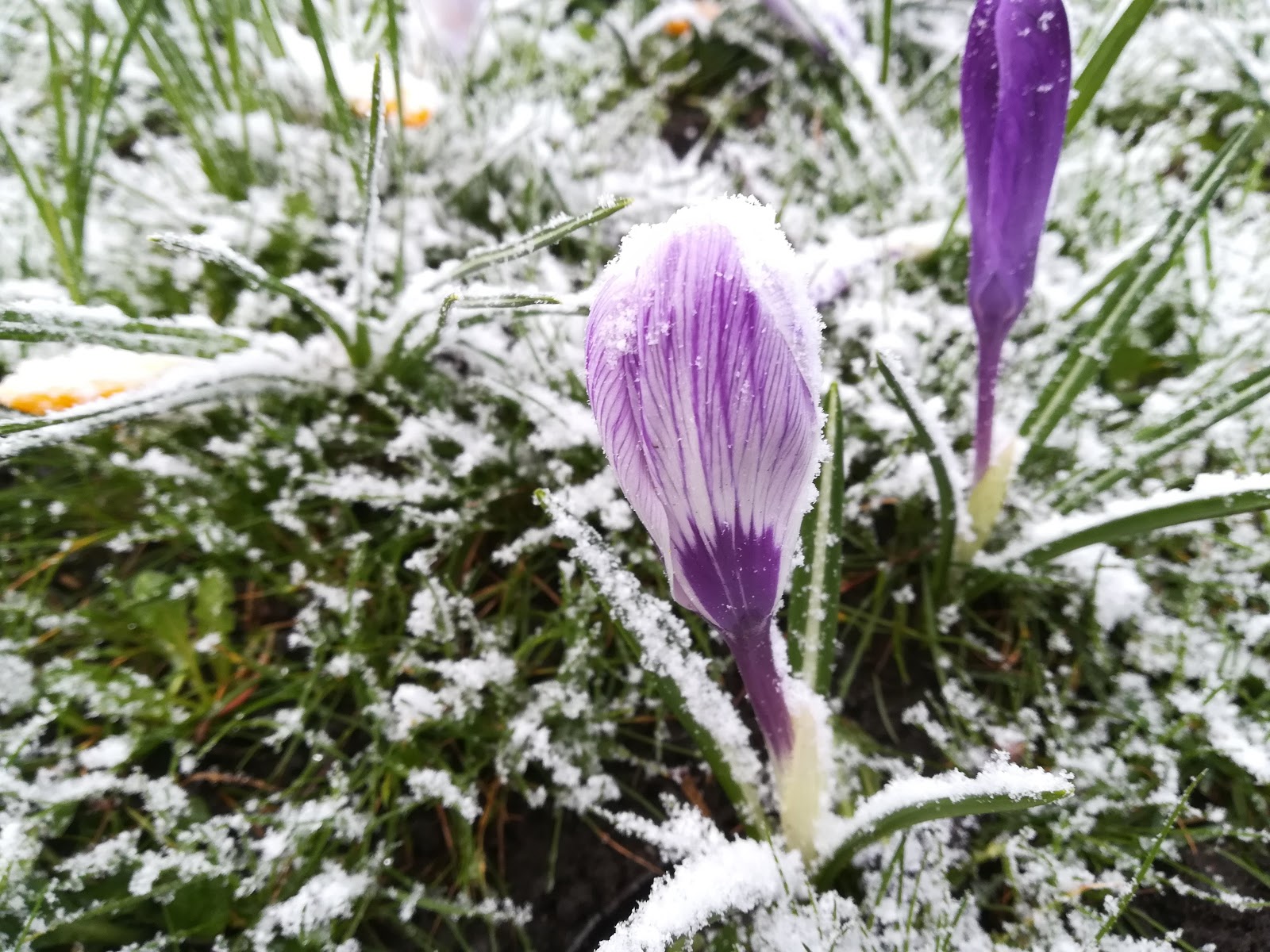 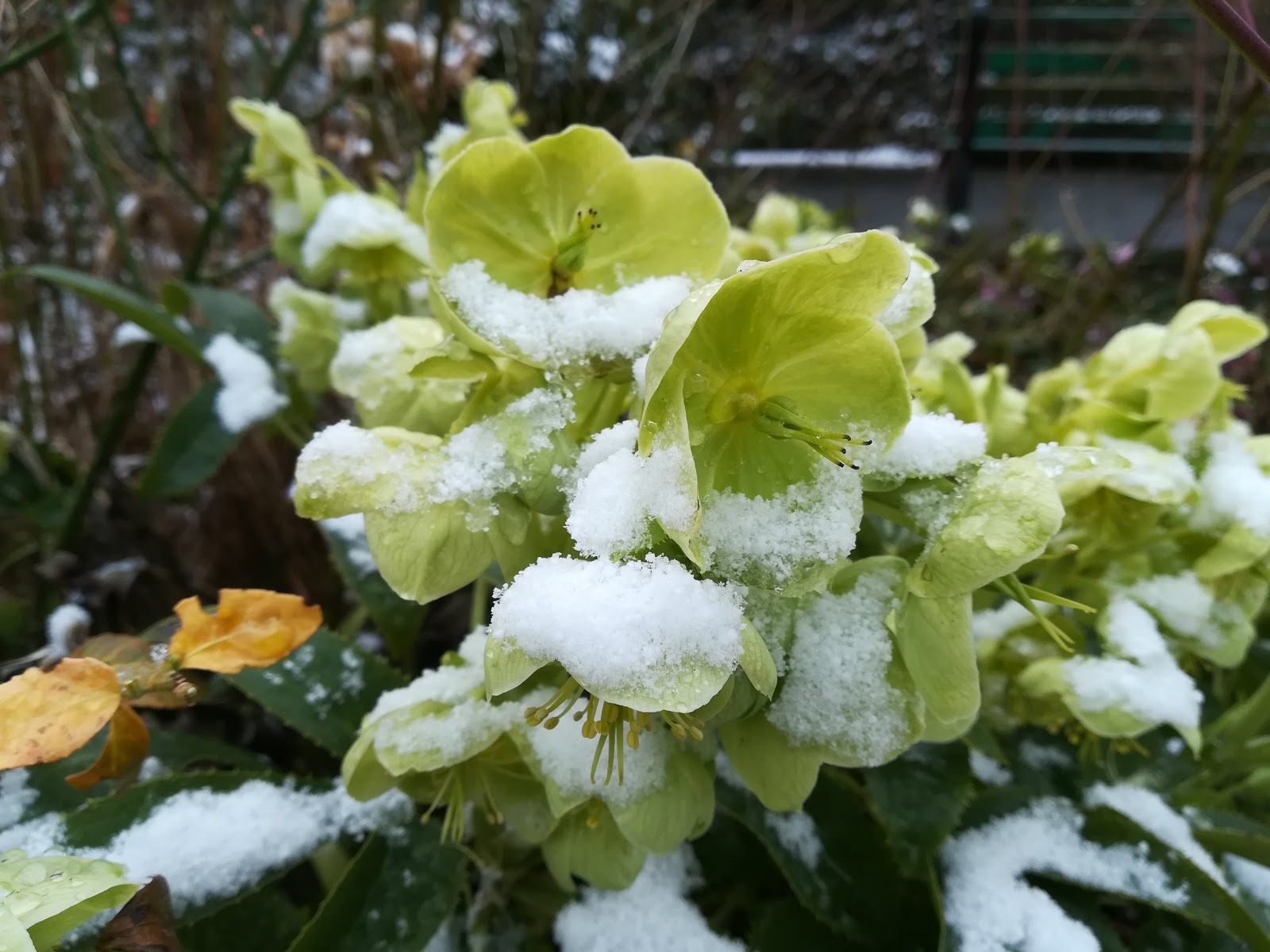 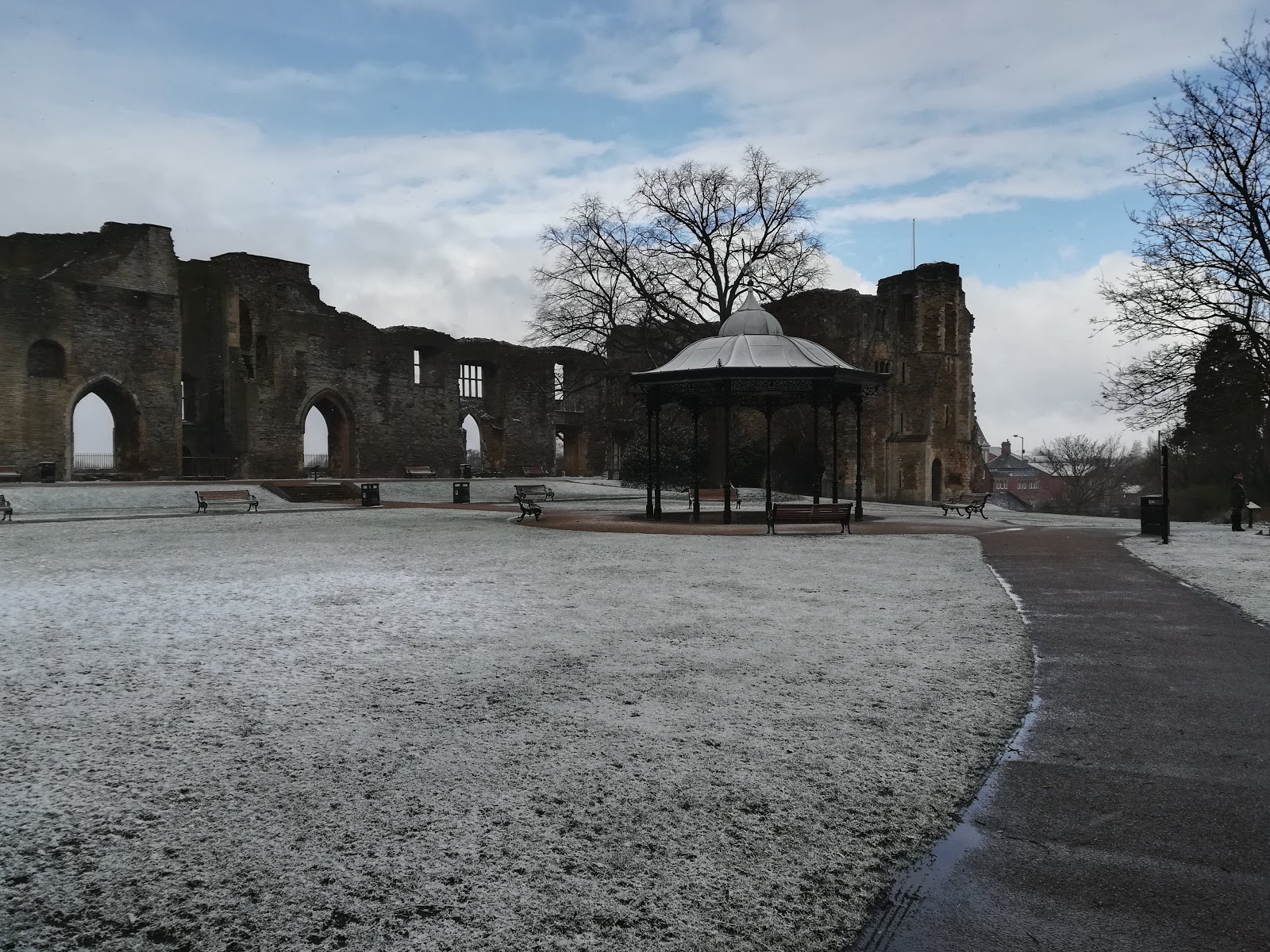 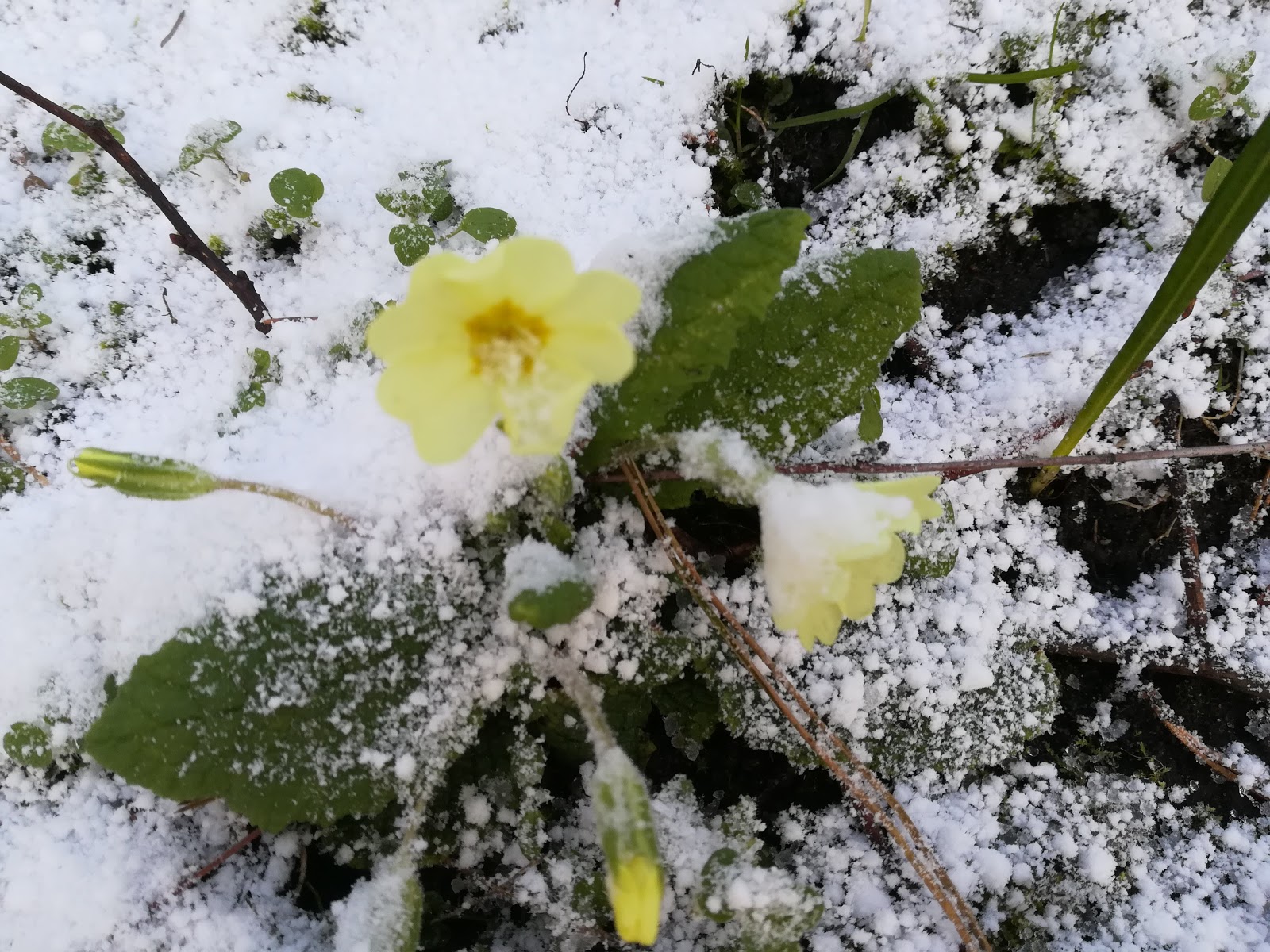 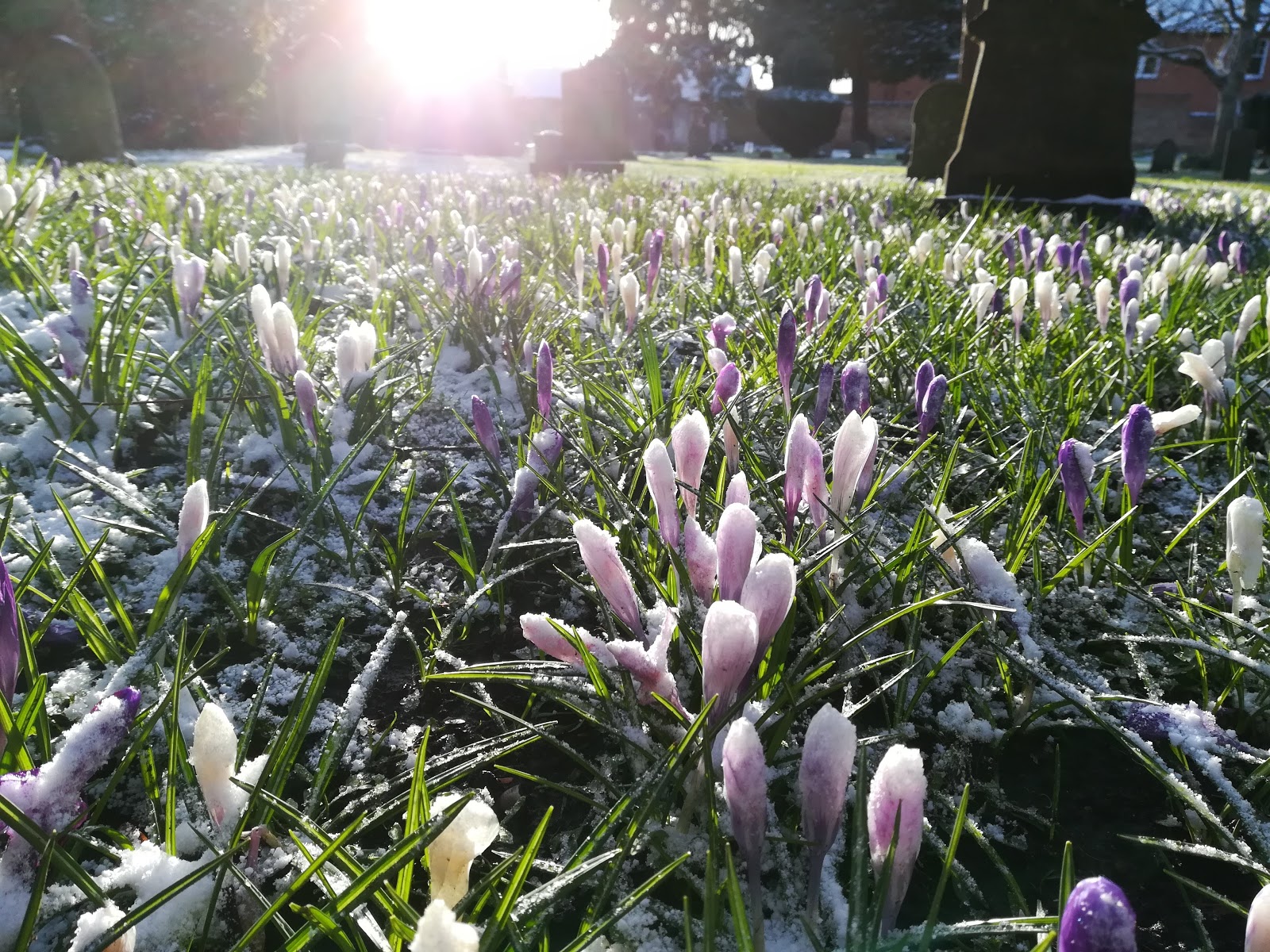 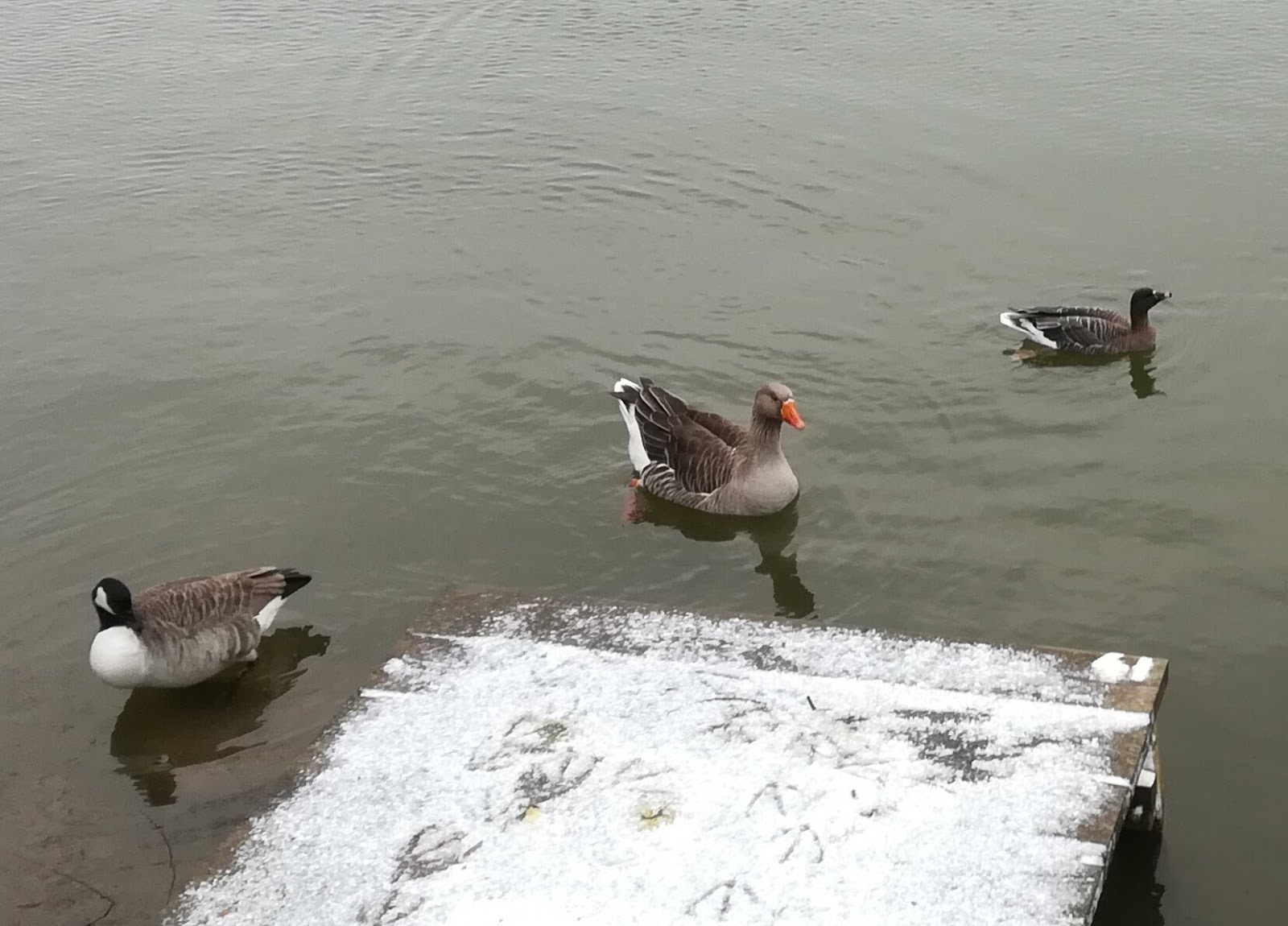 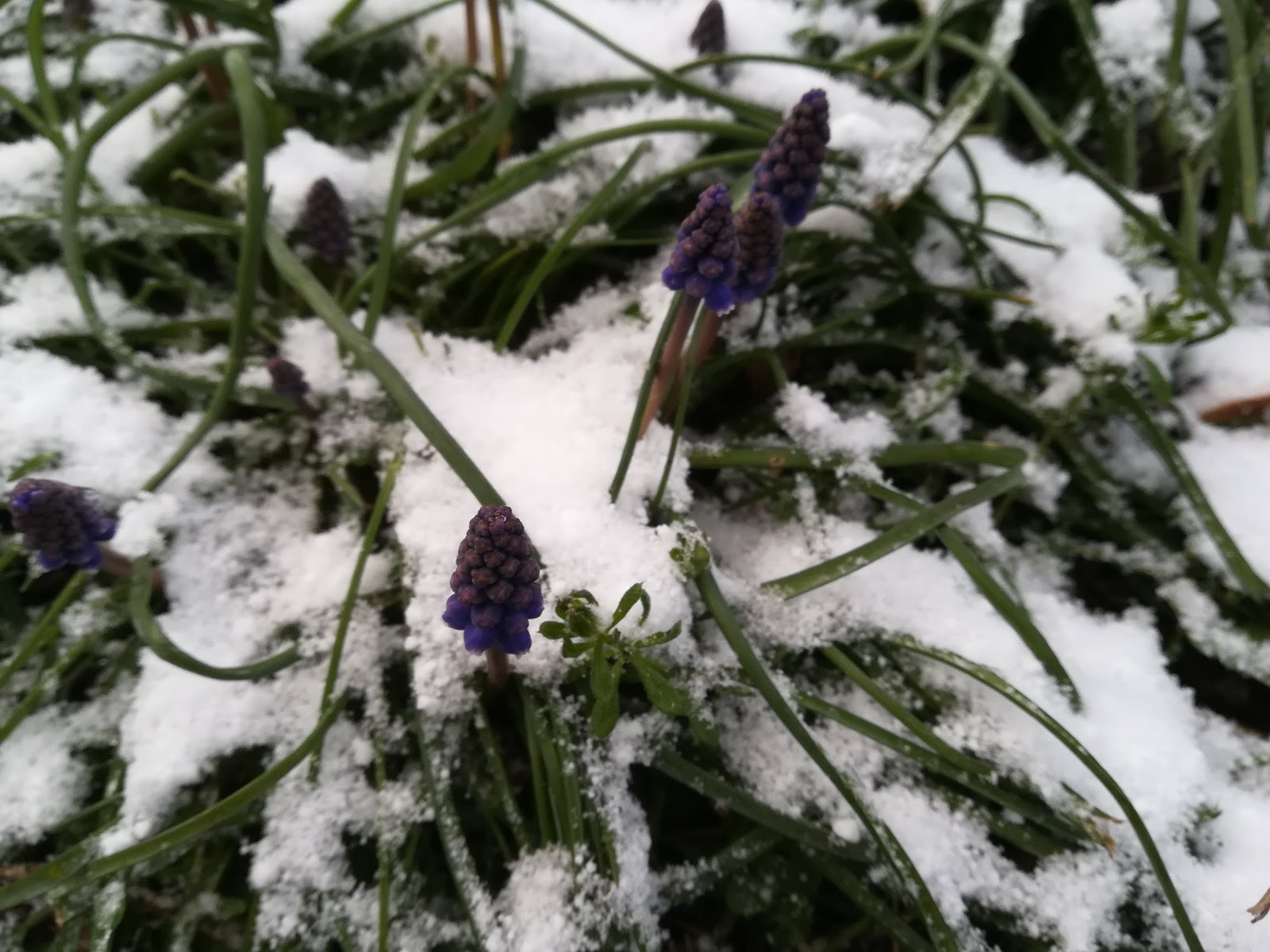 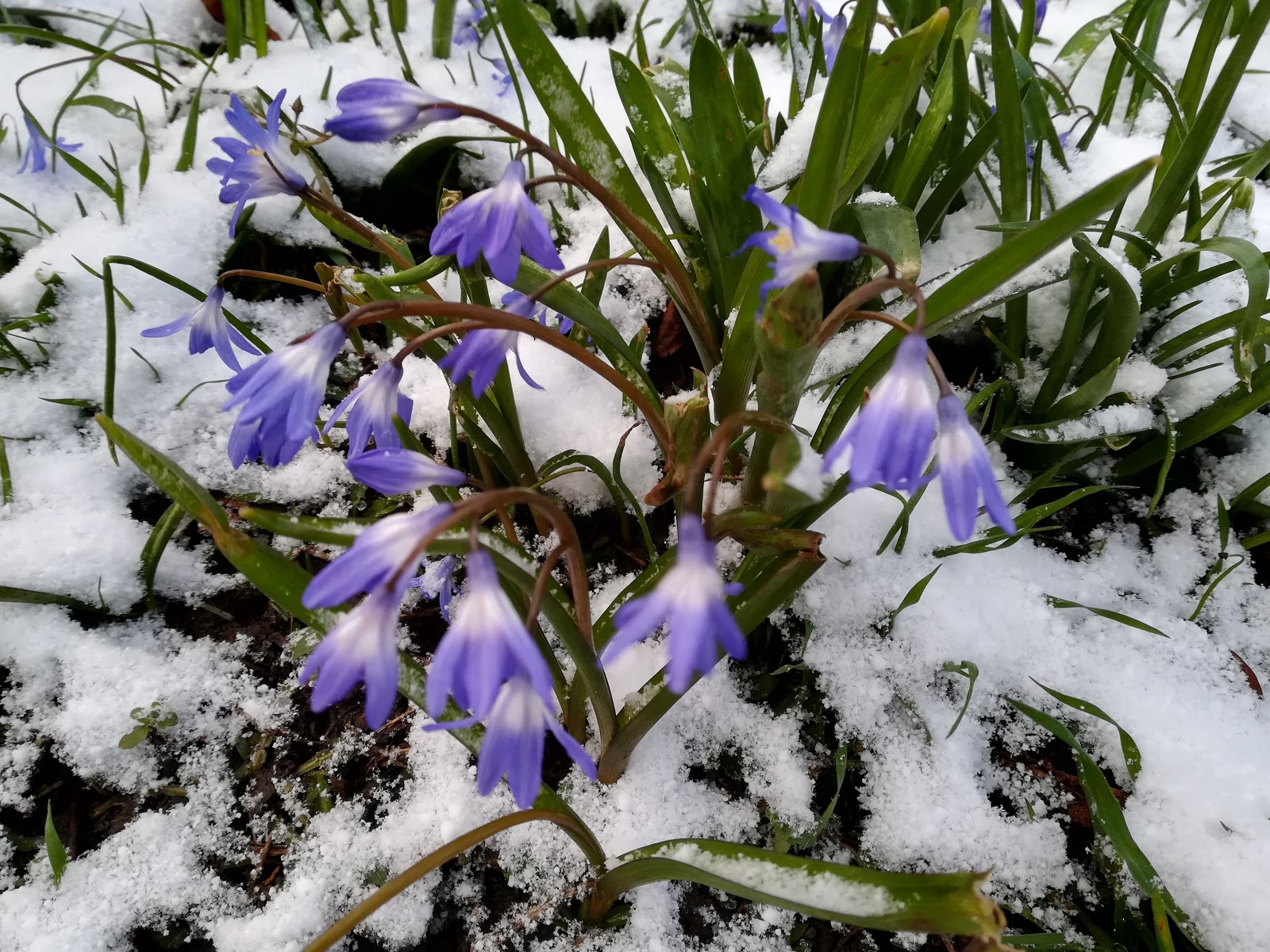 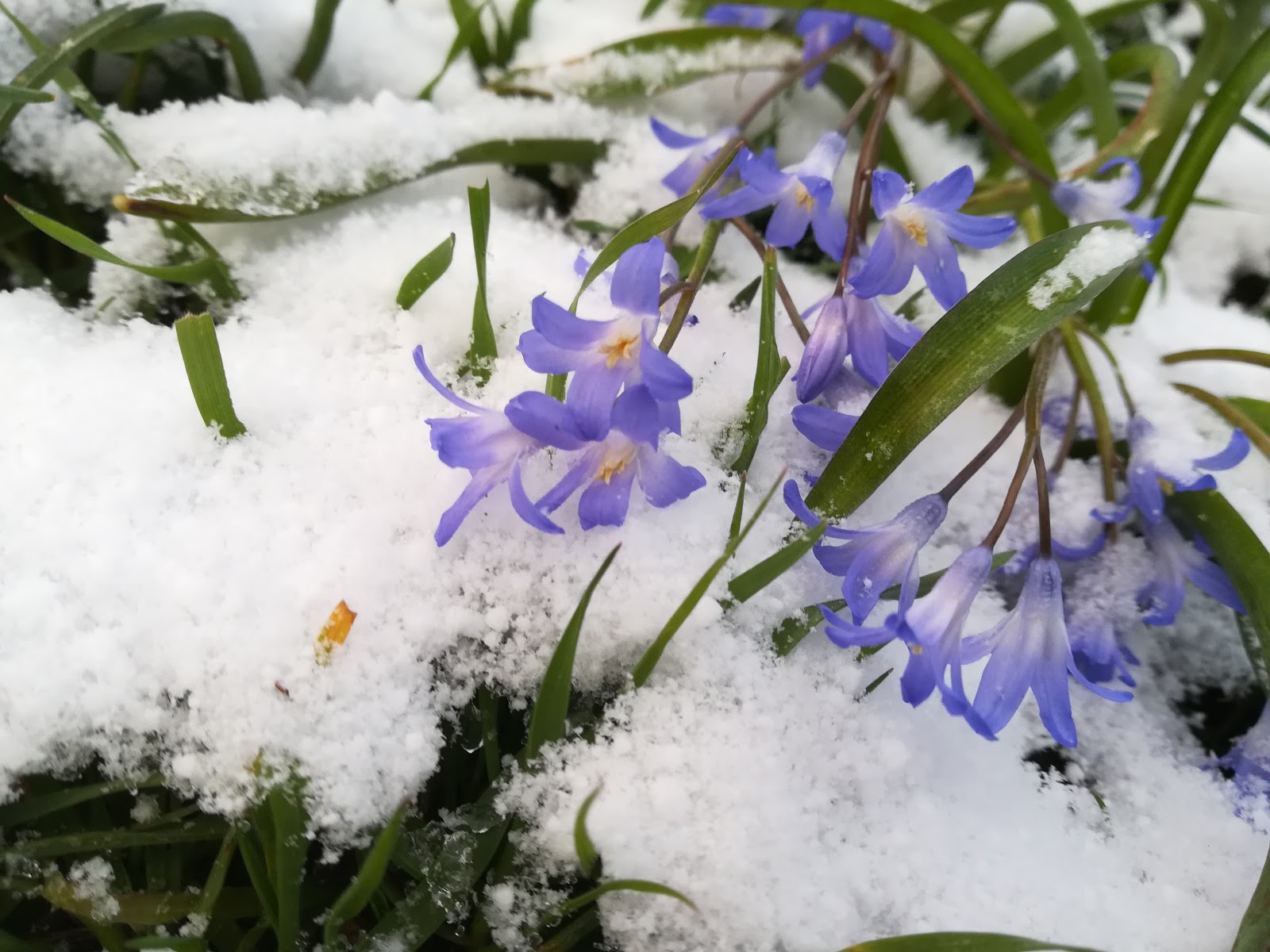