Well for once on a Monday my left ankle wasn't bothering me, so I took the opportunity to try out my recently delivered Decathlon  running jacket and take my bridge camera to the Blue Lake to see what birds I might find.

Also, if I did find any, to take better photographs than last time.

So, on a bright day where the chill wind blew far too strongly for it ever to be considered springlike, clad in an orange jacket that would scare away any bird that wasn't blind, I ran up to the lake and was glad to see that there was at least one egret in situ on the little island. I tried to sneak up behind a tree, got a couple of shots there trying to lean the camera on a tree. The bird then caught sight of me, then relocated, so I shuffled around and got more shots.

It's a hard bird to photograph  I think, being so damn bright!

There were female goosander around  too, but they were being very elusive. Other birds I captured will be showcased in the  next few days.

As for the jacket, I felt rather like a kumquat, but it did seem to deal with the wind quite well. Shouldn't have run the Tresspass traillies though, as I've said before  that's like running in drinks coasters.

All text and images copyright CreamCrackeredNature 19.03.18 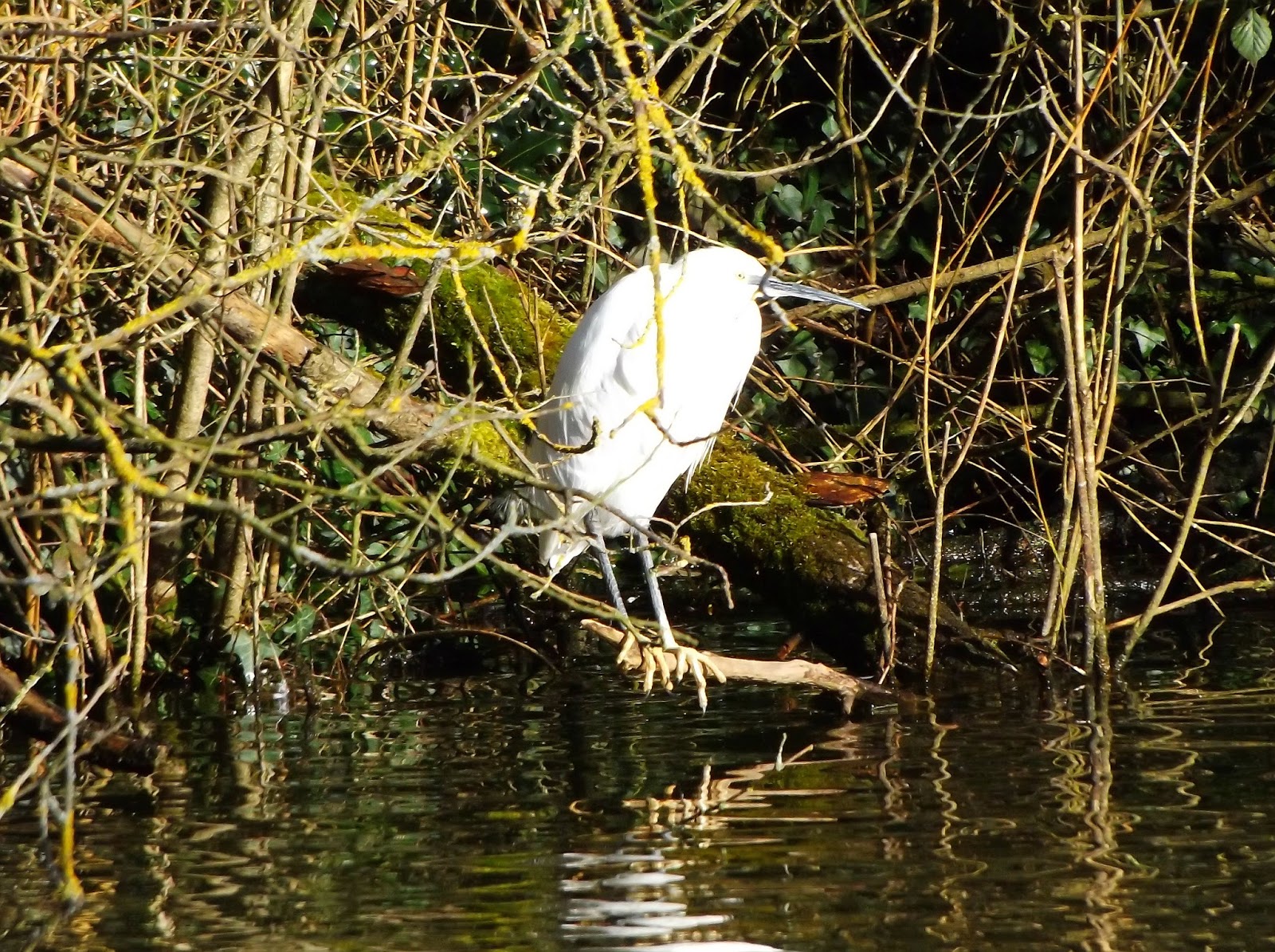 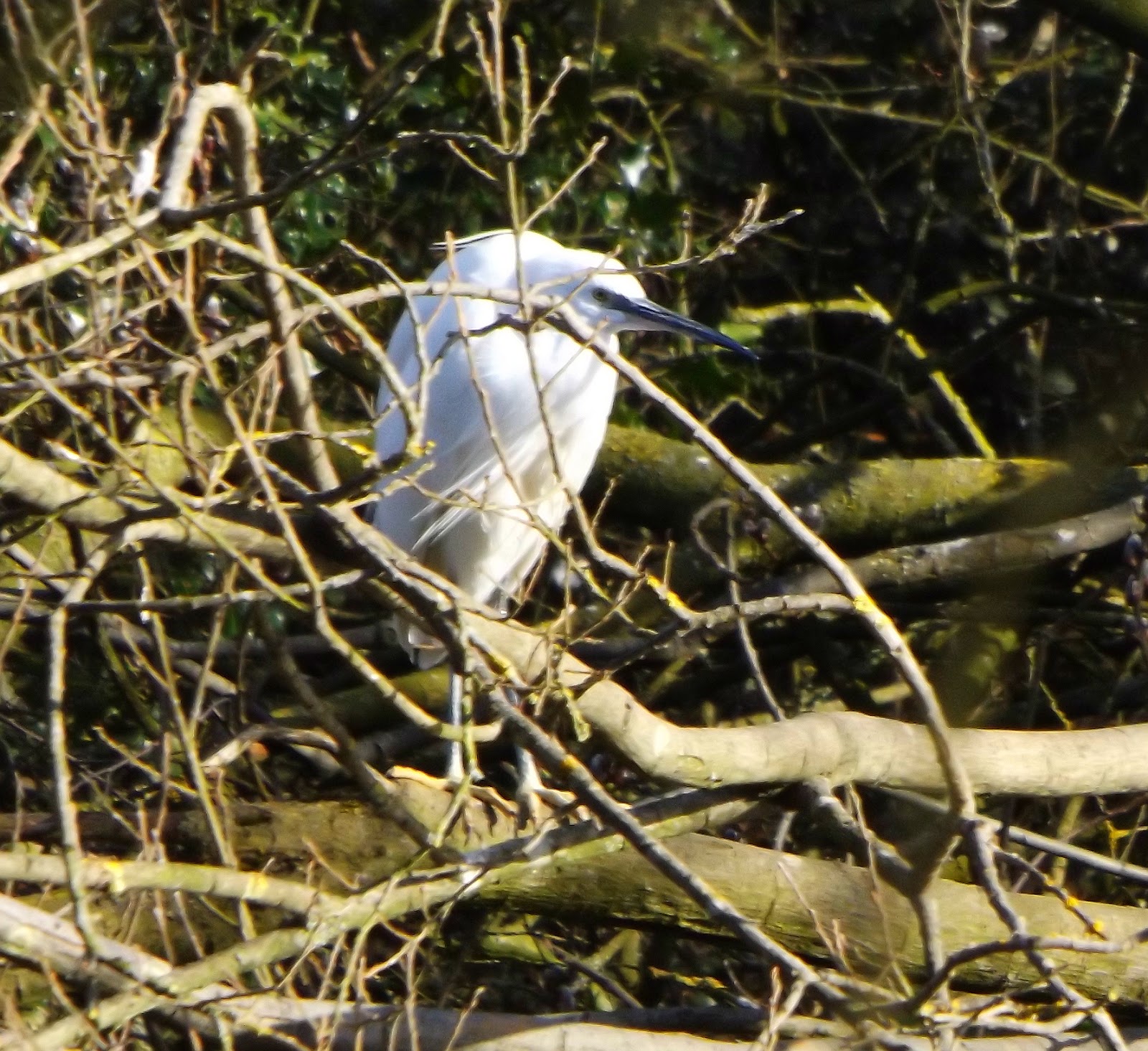 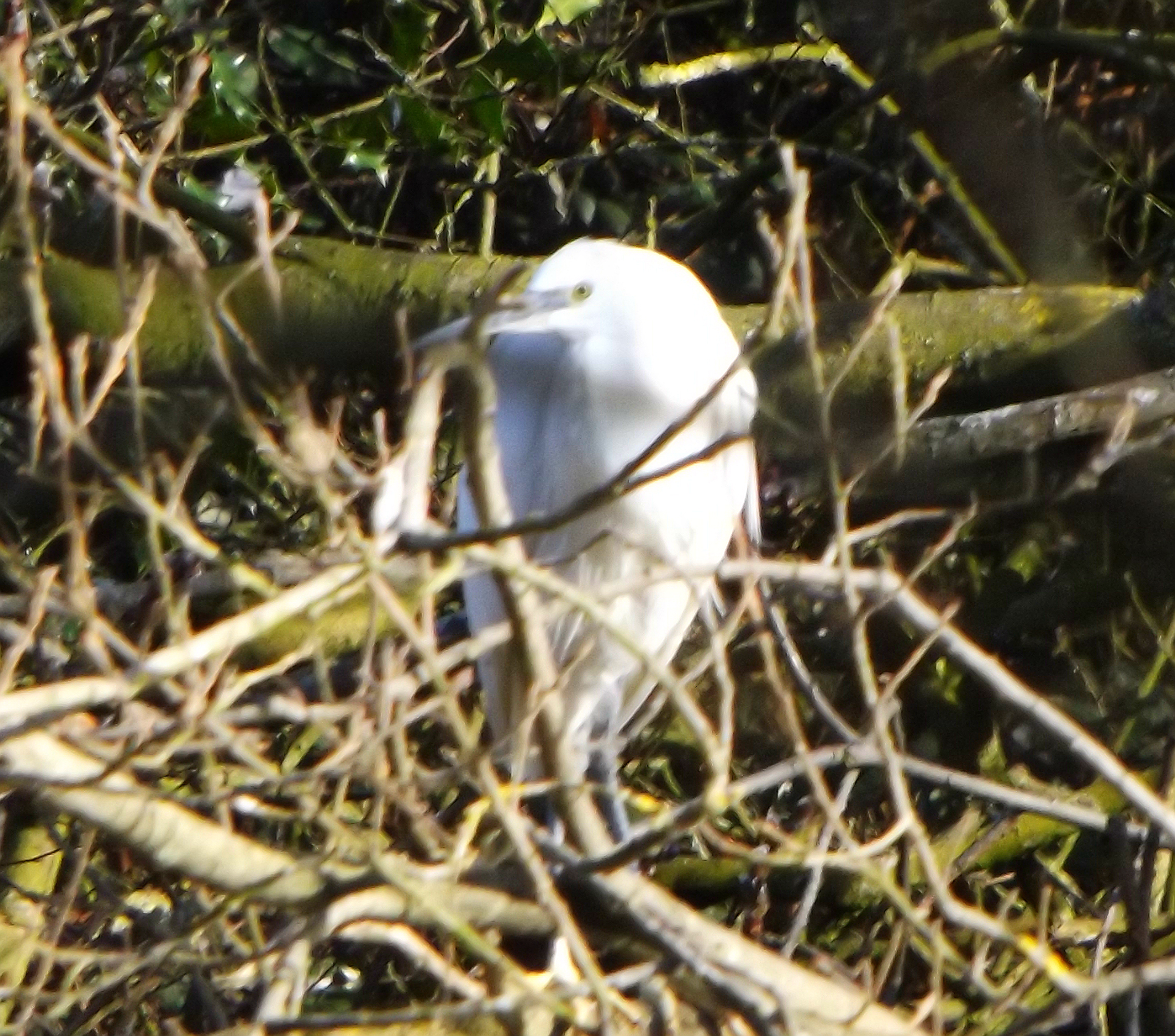 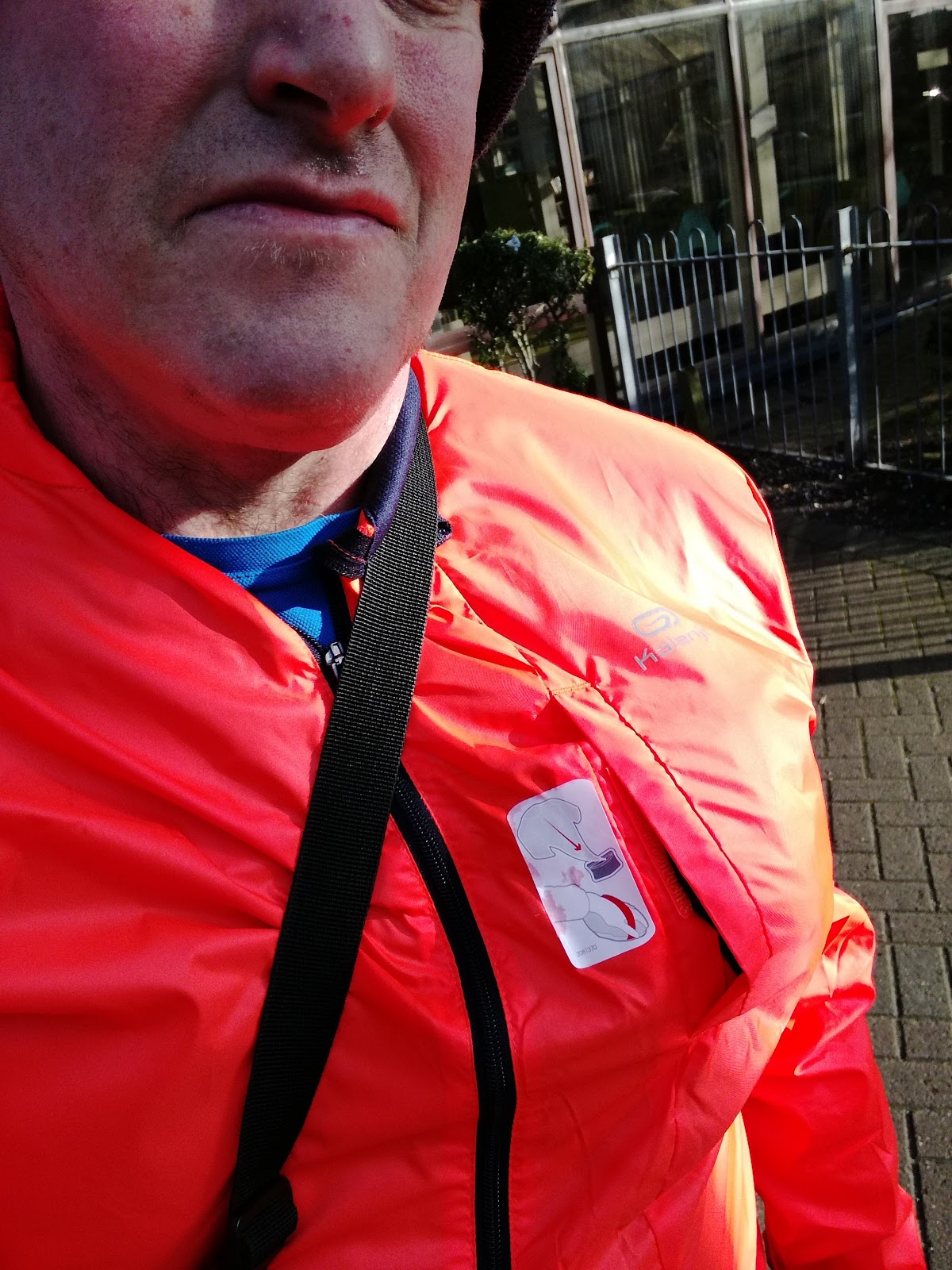 Posted by Simon Douglas Thompson at 14:13