I Rescued this Blog from Bitterness in the Nick of Time

A second team game today, against a very tattooed bunch of guys from Lambley, whose home ground is well known as being one of the more sketchy places to play cricket thanks to the tank trap wicket and lack of toilets anywhere near the pavillion.

Luckily we are rather better off for facilities.

Having seen the team list, I had an inkling my bowling would be very much not required today, and that was very much the case. Especially as the skipper reduced Lambley to 15 for 3 very quickly in a flurry of lbw, bowled, catch.

"Do they have any batsman at all?" asked my team-mate.

Well, as it turned out they did. The next two guys in fact, who started monstering the ball to all parts very quickly - monstering in danger of becoming an over-used word in this blog - including a 6 of colossal, 110 yard dimensions. He was such a scrawny looking guy too.

No wonder Julius Caesar feared the lean and hungry Cassius more than his chubbier chums.

They took the score on to about 150, until your writer, fresh off a couple of ludicrously awful dropped catches, held onto a steepling, swirling  skier that kept trying to escape from me in the wind.

I caught it at arms length before collapsing to the ground in relief. Maybe all that sticky hand sanitiser helped.

I thought I was fielding rather well by my standards, so I was wondering why I was getting shouted at a little bit. I think it was because I was running a lot, but to the wrong place.

As I said, I didn't get a bowl, so felt that a bit was missing from the day. Not even 7th choice bowler now having won an award last year. It wouldn't matter if I could bat and field, but I'm not very good at either so bowling is very much my r'aison d'etre. I'd gone to nets twice this week as well to sort out some technical issues. Ah well.

Unhappy memories of when I was regarded as a bit of a comedy attraction in the side!

So chasing 211 or so, I found myself umpiring, the one other useful thing I can do on a cricket pitch, and being called a cheat for not giving a run out I couldn't see because the cheat-caller was in the way.

After umpiring through that, and knowing I was going to be batting at 11 as usual, the day had soured somewhat, and I was considering knocking Saturday cricket on the head again if I can't play to the required standard. But thankfully, the number 10 who had had a bowl swapped with me, and I was able to go in against some comfortable bowling and score 16 not out, which made me feel slightly better, alongside a guy who was playing some blazing shots as we closed on 177 for 8.

All text and images copyright CreamCrackeredNature 15.08.20 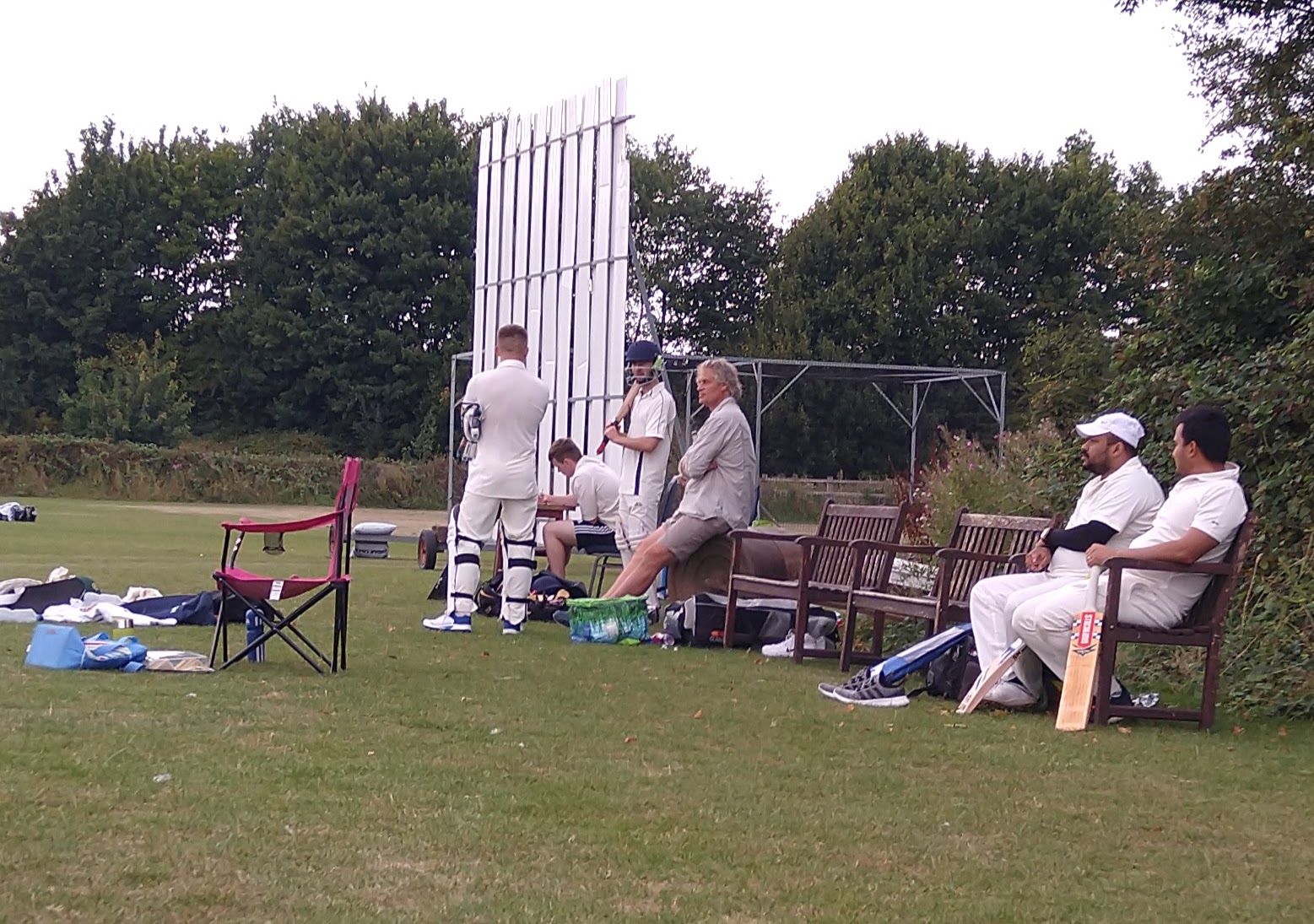 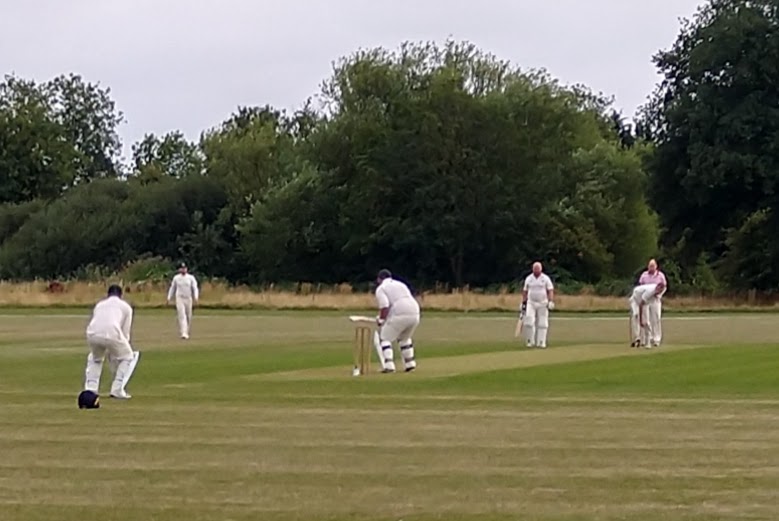 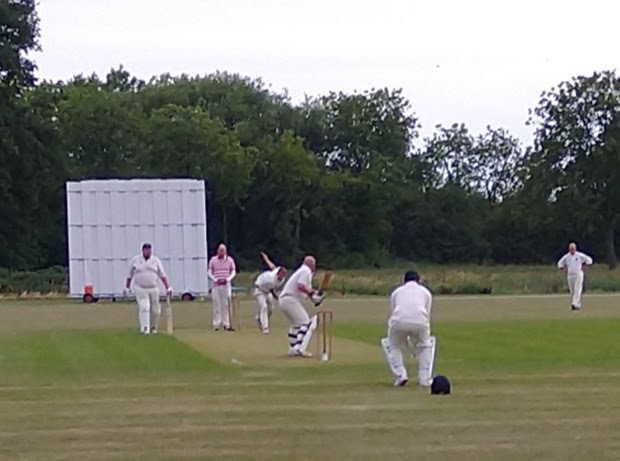 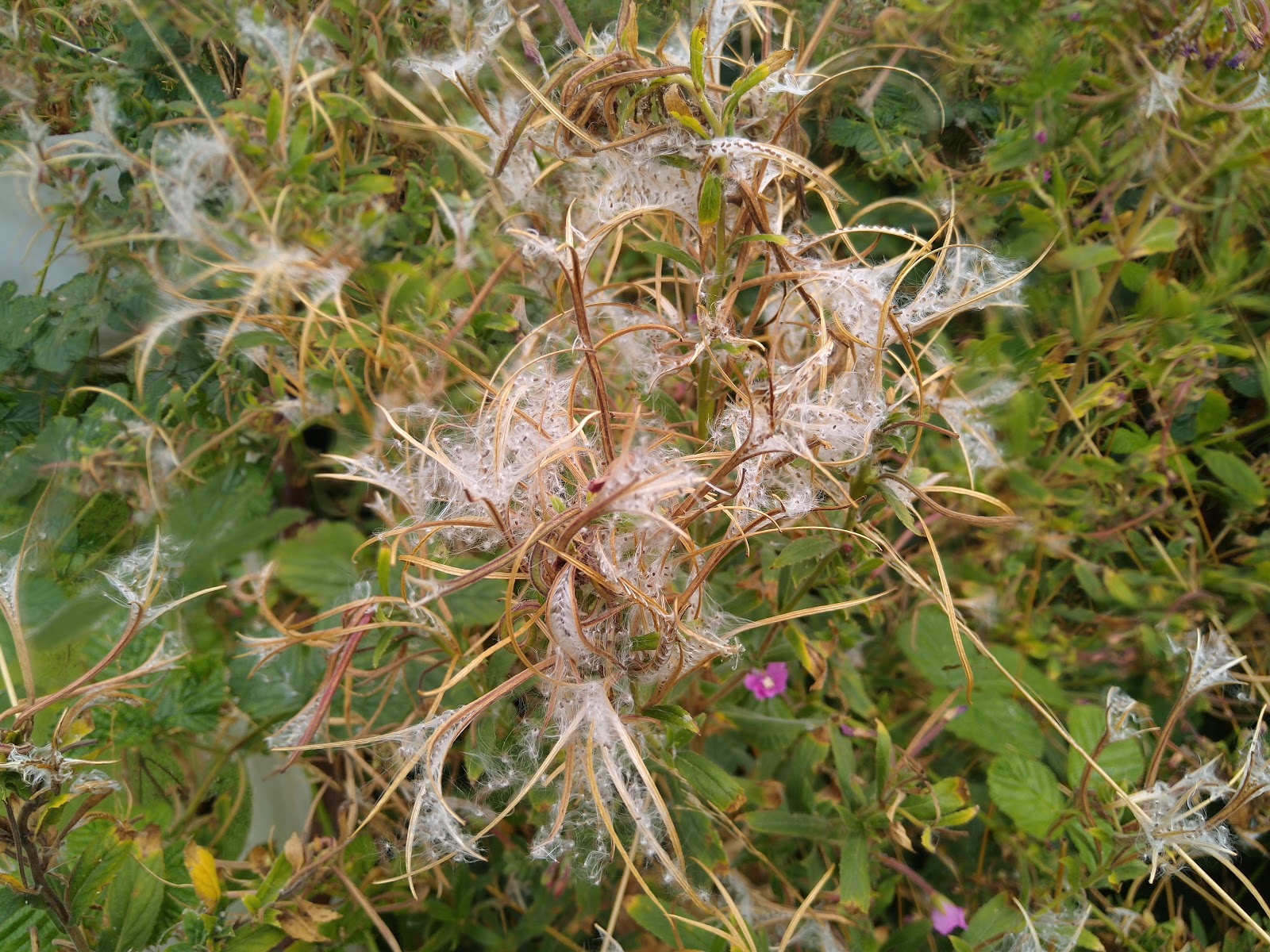 Posted by Simon Douglas Thompson at 13:04