I Only Need One Ball

Today the second eleven welcomed Midland to Kelham Road, not the whole of The Midlands, but a club called Midland from...somewhere.

Not completely unusual, in the Sunday league there is a team called Pakistan. I don't think they are the actual Pakistan team though.

We batted first, so I had time to wander about and wonder. Wonder if the scorer who came with the opposition was indeed the attractive radiologist who examined my busted testicle in hospital last year, while I made awkward small talk while cold gel and the ultrasound wand was applied to my nethers.

She had said her brother played for Midland and was a doctor; Midland indeed had a doctor playing for them which was just as well, as he was able to treat himself when he split his finger webbing when our young captain belted one straight at him. But I am getting ahead of myself here.

So, batting at 9 - nosebleed time - I had time to take photographs, do my stretches and get mentally ready for a no doubt great day's cricket ahead.

It wasn't. I was awful in every way.

We started pretty well, with a maiden 50 for our young opener, but after our senior bat was foxed by a slower ball after a good 41 the runs dried up and wickets fell. I myself went in and made 1 - an edge - before just being utterly clueless against their opening bowlers. No co-ordination, no balance. Got a nasty whack on the finger as well.

We then bowled, and started pretty well, having them about 30 for 2. But I was already having problems in the field, just being so clumsy I couldn't pick a ball up, or stop a shot, or anything. My body just refused to do anything.

This dyspraxic hopelessness then led me to drop an absolute dolly of a catch that helped cost us the game. It was gently lobbed at me, and I crossed my hands over rather than put them together and the ball dropped to ground off my palm.

I just felt utterly rubbish from that point on, giving away overthrows as the partnership turned into a match winning one.

However, there was an epilogue.

I did get a bowl with just two runs needed in the end. My first ball was a rank short long hop, which climbed pleasantly to waist height only for the bastman to lob it in slow motion to point. Wicket with my first ball.

About the 5th time I've done that!

So, much anticipation for my next ball. Alas I'd used so much sanitising gel that the ball got stuck to my hand, and I bowled it straight into the ground at my feet.

"Normal service is resumed" said some jokester on our team. Well, he was probably right.

Next ball was lobbed in the air to no fielder for two runs to level the game, next ball was a wide (eventually).

I just threw the ball down, and had a mega tourette tic outbreak, babbling the same sentence over and over again to a bemused team-mate. Brain had had enough as well as body.

So, pretty much a day to forget. I kind of wonder if I'm too old and not good enough for Saturday league cricket any more. I can't bat at the moment, my fielding is shot to bits and I don't know if I can bowl.

We can try again tomorrow though.

All text and images copyright CreamCrackeredNature 01.08.20 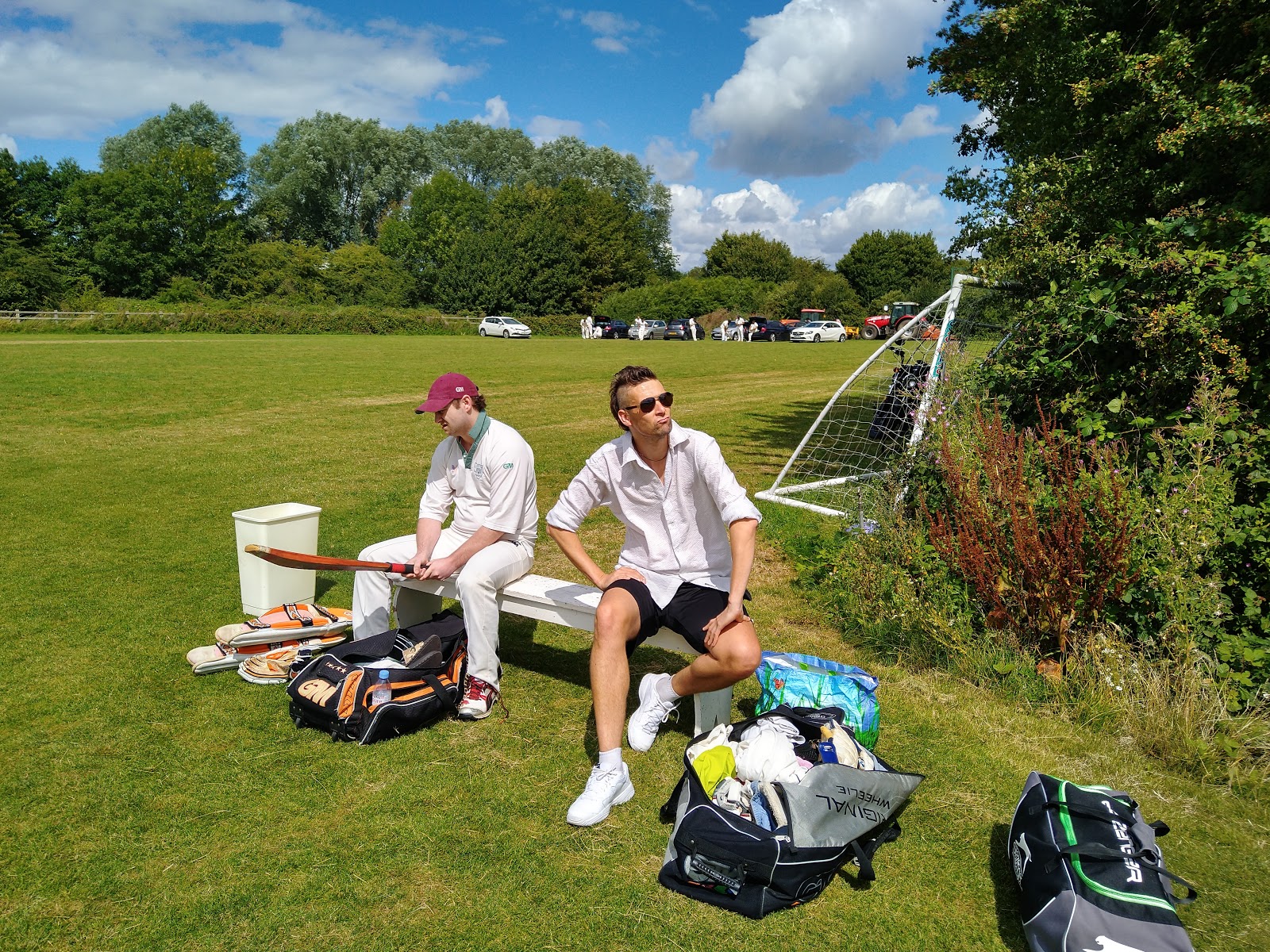 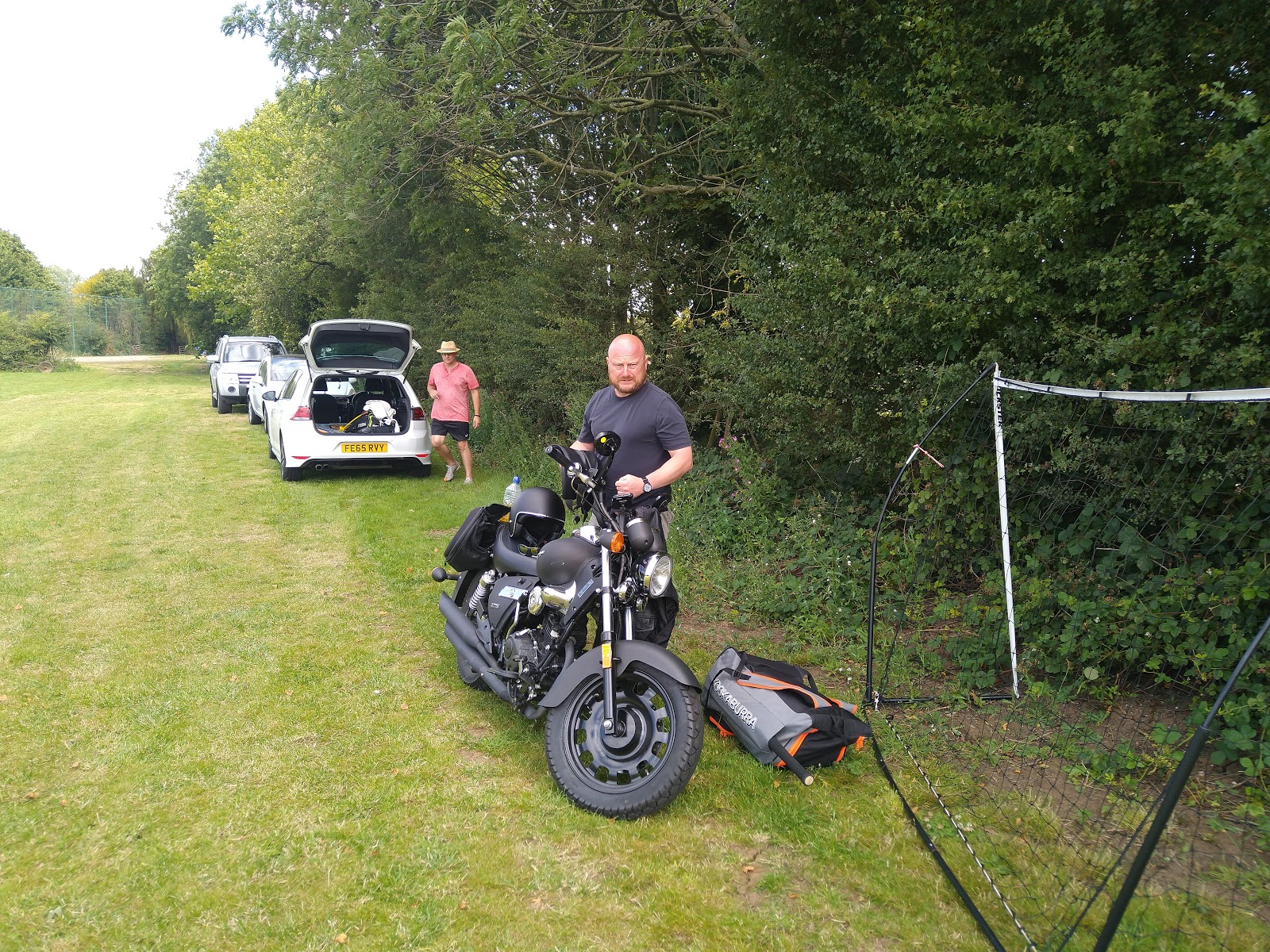 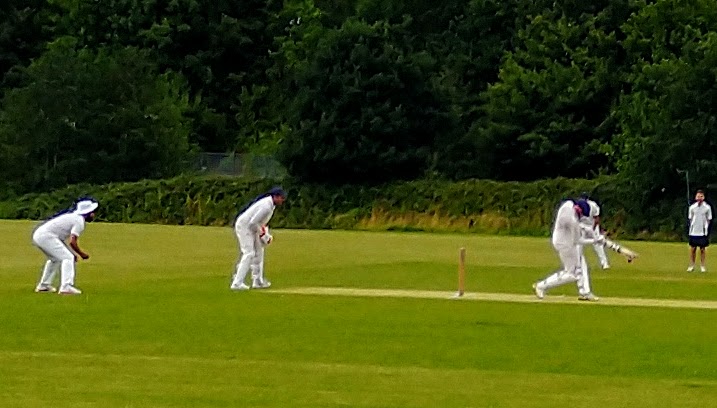 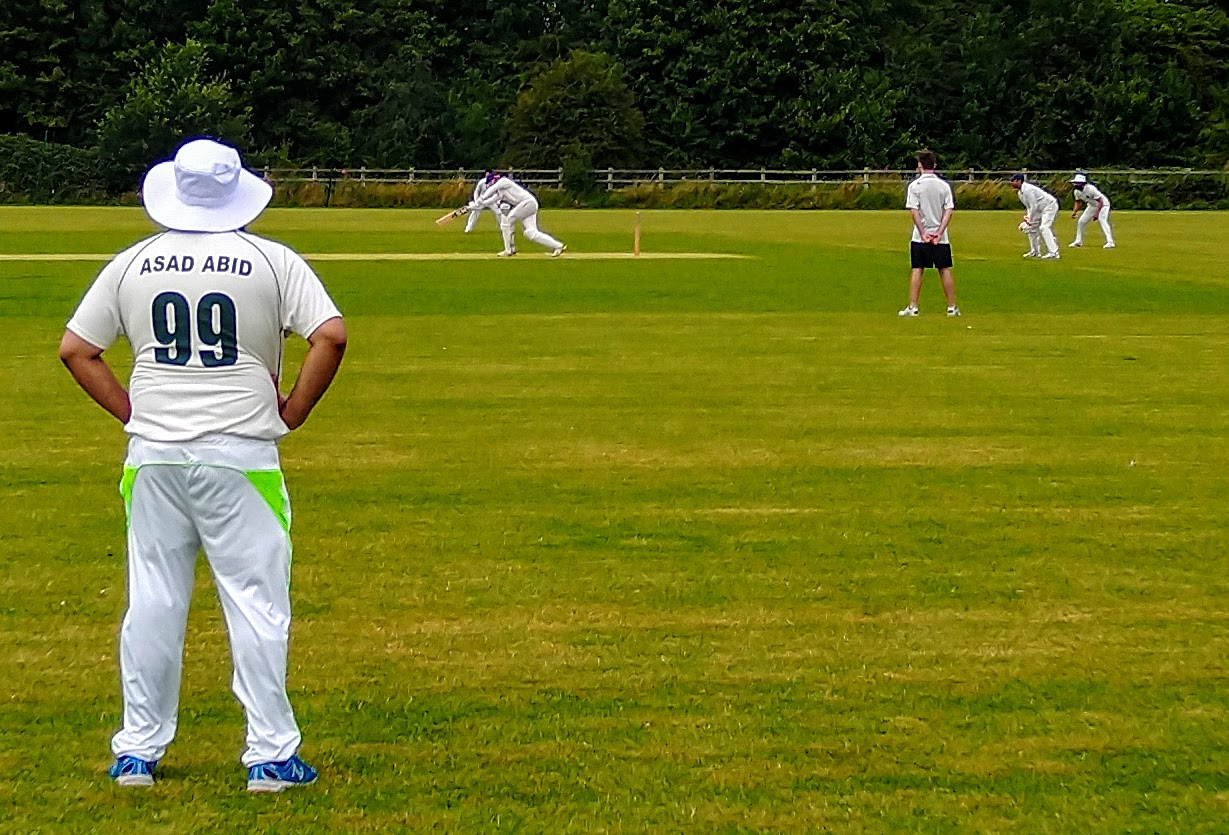 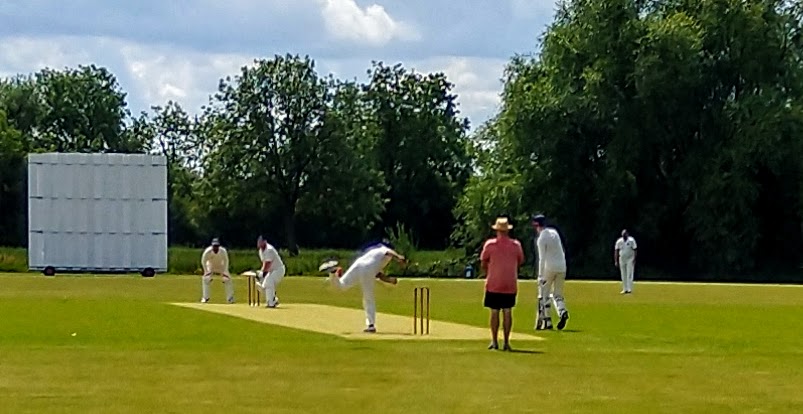 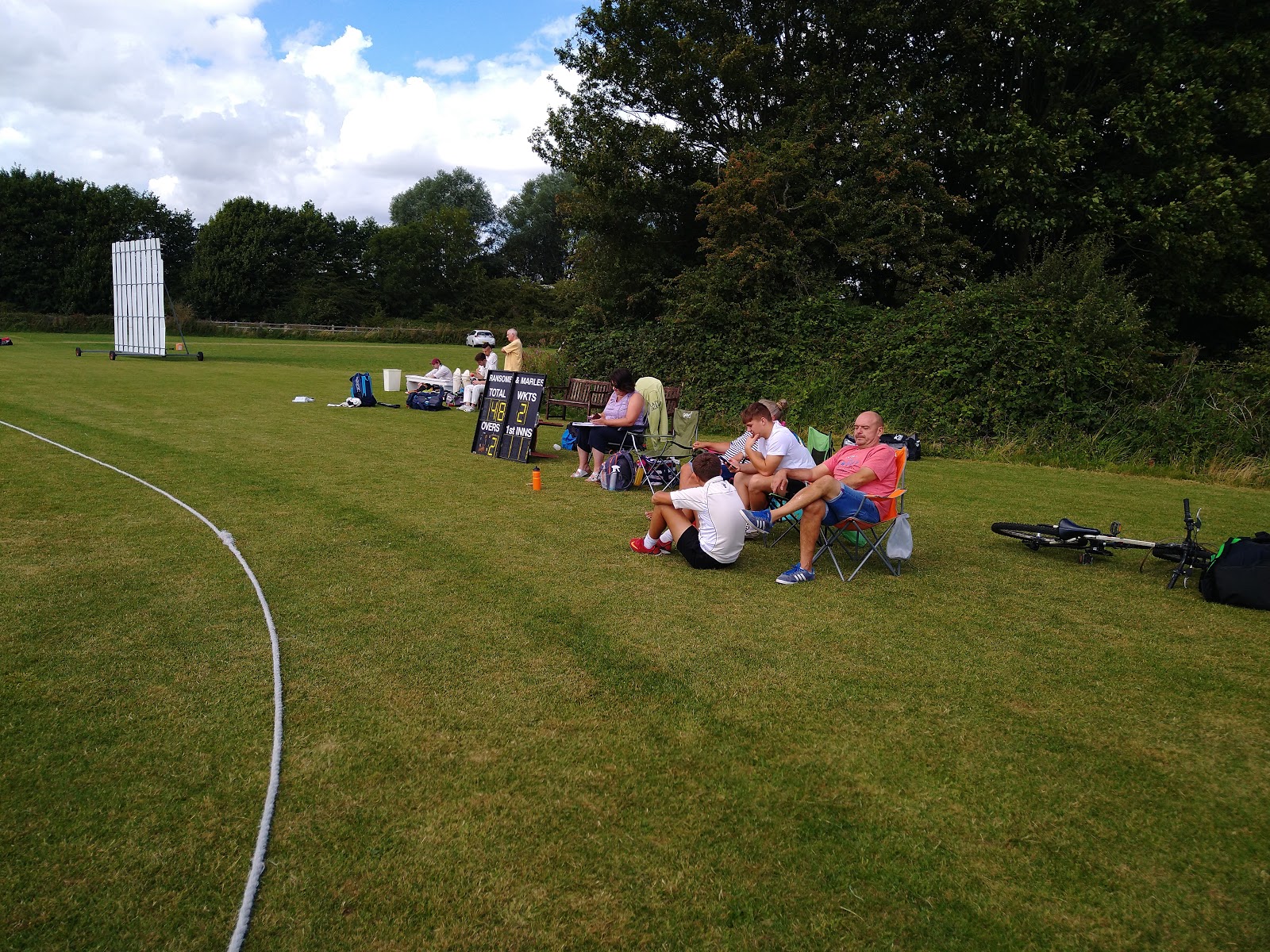 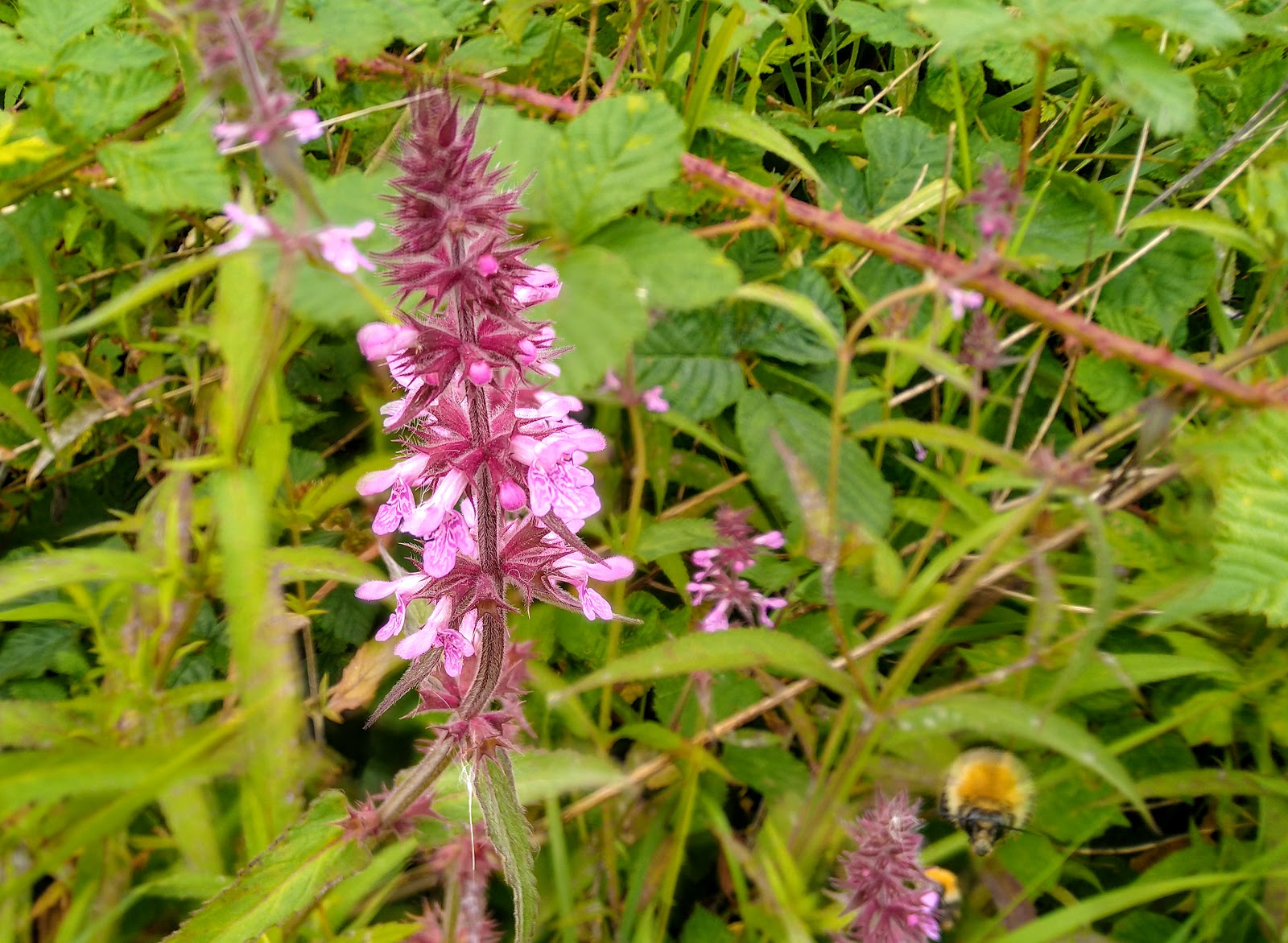 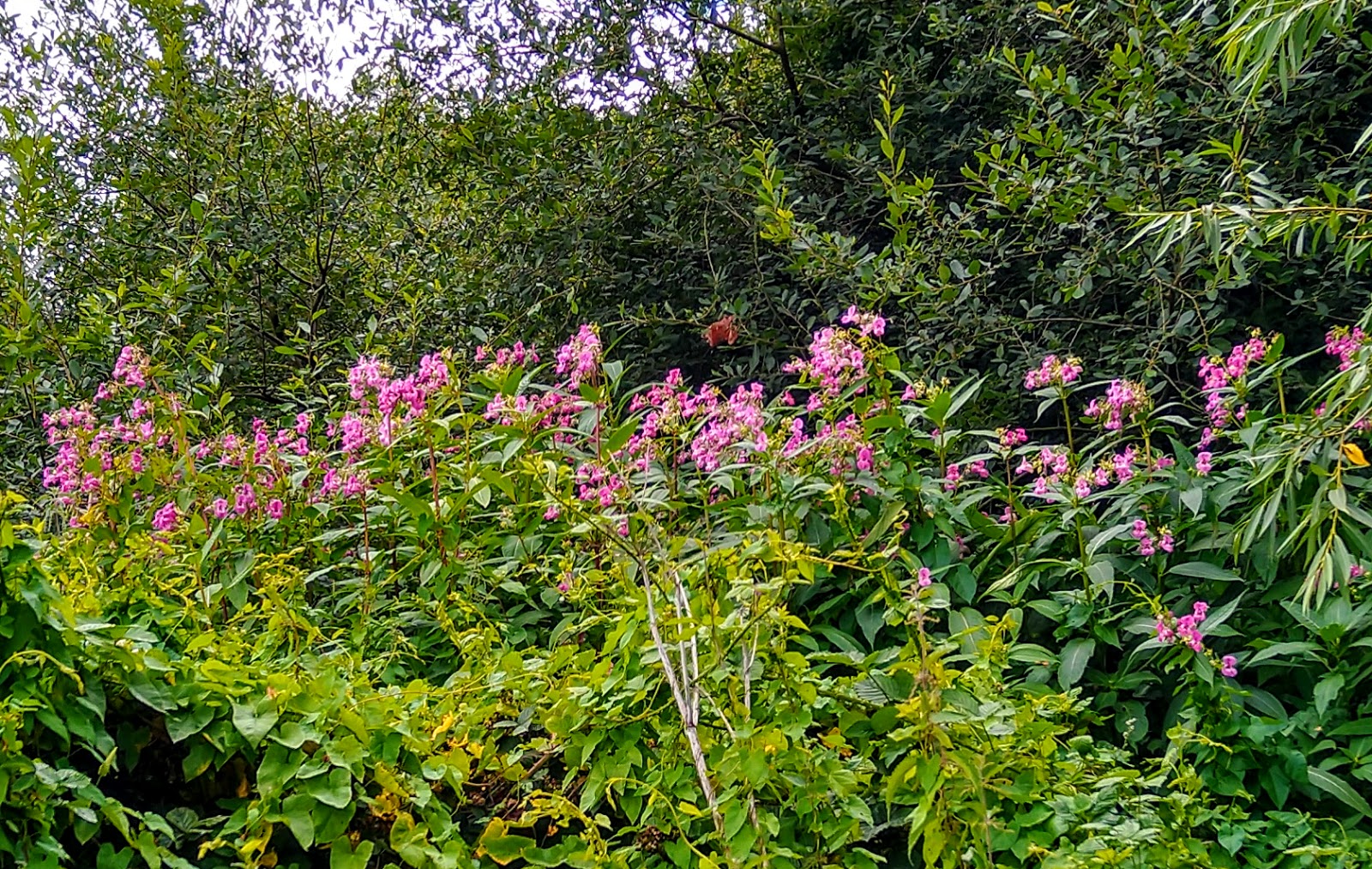 I was bowled all over the place, last out to leave us on 146.
Posted by Simon Douglas Thompson at 15:14