A Better Way to End the Season

I must confess, as the rain pelted down yesterday, that for the first time ever, I was hoping today's game would be called off.

It's not been a great season for me, I started off carrying injuries from running and so wasn't able to attend practice sessions much. Hence my match bowling suffered, and the exaggerated fall away in my action kicked in and I was bowling everything yards wide, and with no pace.

This all meant I dropped way down the bowling pecking order, felt I had lost my various captains' trust, and with my dyspraxic idiot fielding, and the fact I always have to bat at 11 because reasons, meant I wasn't getting into the action much.

Yep, crises of confidence affect us rubbish players too, not just Jofra Archer.

Anyway, after I got home and rescued my saturated cricket trousers from the rainy washing line and dried them in front of a halogen heater, causing steam to rise up as if from a tropical swamp, I began to feel more optimistic. That's the thing with cricket and cricketers, there's always the hope you will have that day where you will do something really special. I watch it happen every season to other players, so why not me?

"Because you're crap!" I can hear the voices at the back say.

So, today, a horrible grey mizzly one, but the game against Farndon went ahead. Although without me for the first couple of overs, because of bike and brain problems. Luckily we were batting first.

And we were batting well, our opener and number 3 were going really well and took us towards the hundred. In between rain breaks, as the mizzle got thicker and turned into a persistent rain that never left for the rest of the day really.

And sheesh, how cold it was. I don't think I've played in colder conditions. It was like playing in bloody Greenland. I envied our former captain who brought his converted camper with him.

Our problems started when I went out to umpire. I rather like umpiring, it can be good fun when you aren't being called a cheat. Unfortunately it seemed to trigger a collapse, with our opener stumbling and getting run out - my first run out given - for 38, and the number 3 lobbing up a catch off a bowler who spent most of his time bowling double head height beamers or double bouncers, and making me feel like Stuart Broad.

I got to signal "Free hit" a few times, also a new thing. It involves you waving one arm in circles above your head and so is rather fun.

There was another run out shortly afterwards, and I was then replaced, the skipper obviously decided I was a bad luck charm. Well, I wouldn't disagree.

So, we went out to field, with me not expecting to anything other than field. I nearly died when the captain asked me to take the new, or more accurately, wet ball with our fastest bowler.

It was he who did the initial damage as he took two wickets with some pretty hostile stuff. But I helped keep the run rate down. My first ball had gone for a rather harshly given wide, and in my first over I dropped a couple short and got spanked, but after that, it was ok, especially as I had been choked with nerves.

I've tinkered with my action a little bit to not jump and fall away, and to keep my front arm high. It seemed to work, and I was able to put the ball more or less where I wanted it. No great pace, but a little more momentum and a bit of swing and seam movement. The same batsman rather annoyed me by edging 4 times to the same fielder at gully, two of which were dropped catches - one an utter dolly - while one went just over him and another dropped short.

"Well bowled Mr Miyagi" was called out a few times, my new nickname in reference to the white headband I now wear in my uncut covid hair. Well it was ok out there. Felt a bit more like a cricketer again.

Finally, with the last ball of my last over - we only had 6 each today - I swung a ball behind the legs of their number 4 to bowl him, my first wicket in god knows how long. What a bloody relief to not feel useless, and be told I had deserved it.

With them needing 90 from their last ten overs, the match should have been dead and buried. However, the mysterious "Oz" who apparently used to play for us and was built like a tank. He found the farmer's field a few times too, and with of our front line bowlers injured, we were running a bit short of options.

However, we were just about keeping them behind the 8 ball, and with them needing 39 of the last three overs, one of our lesser heralded bowlers castled him for 50. This led to much jubilation, which lasted one ball when their even tankier captain strode in and smashed his first ball into a faraway tree.

Luckily, he was castled next ball to leave us winning a pretty exciting game by 22 runs, my first second team win of the season, and one that gets us in the play-offs.

That is probably the season over for me though, as I think any play off games we have will be away fixtures. But at least it ended well.

No longer thinking of quitting.

All text and images copyright CreamCrackeredNature 29.08.20 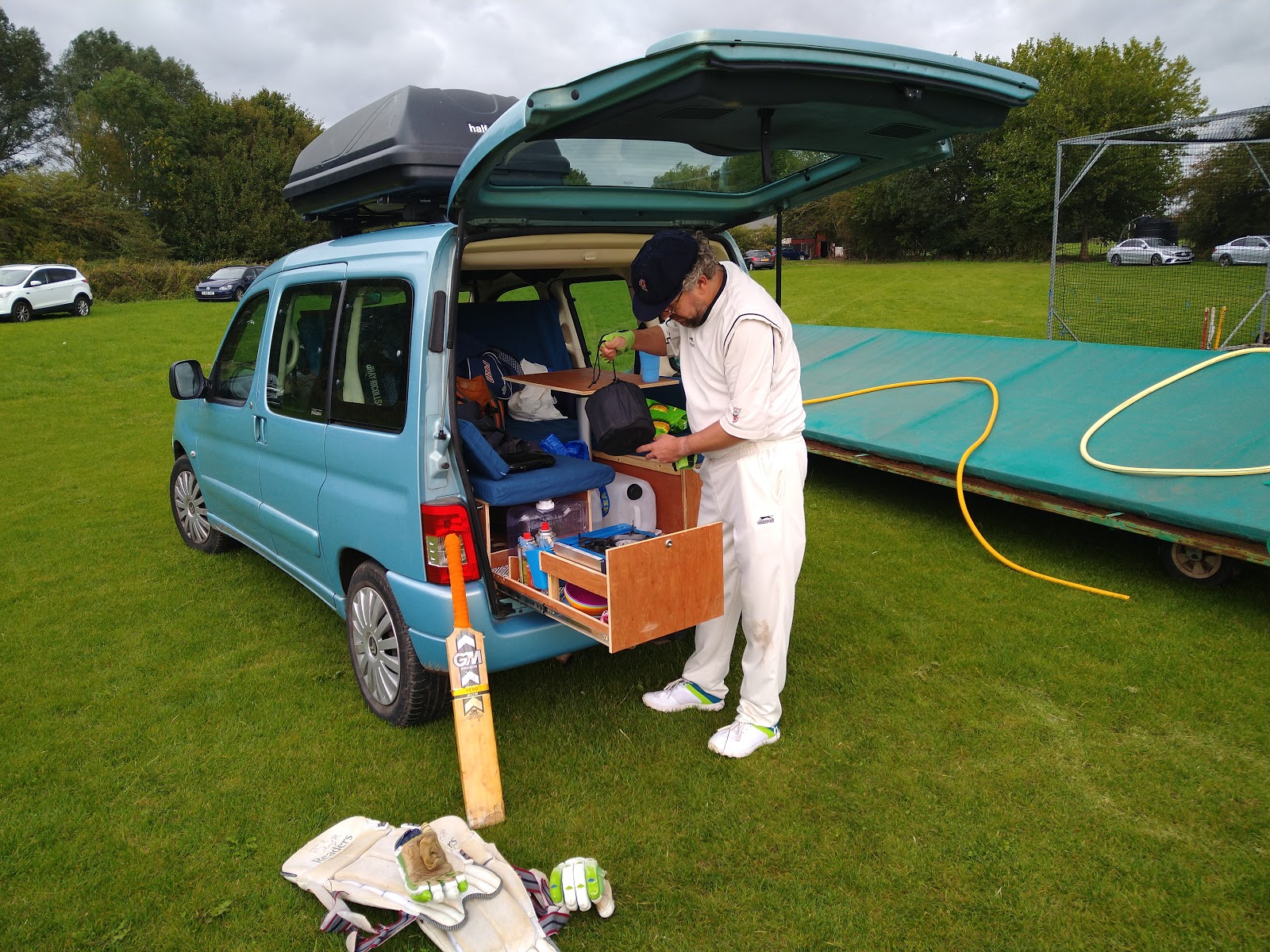 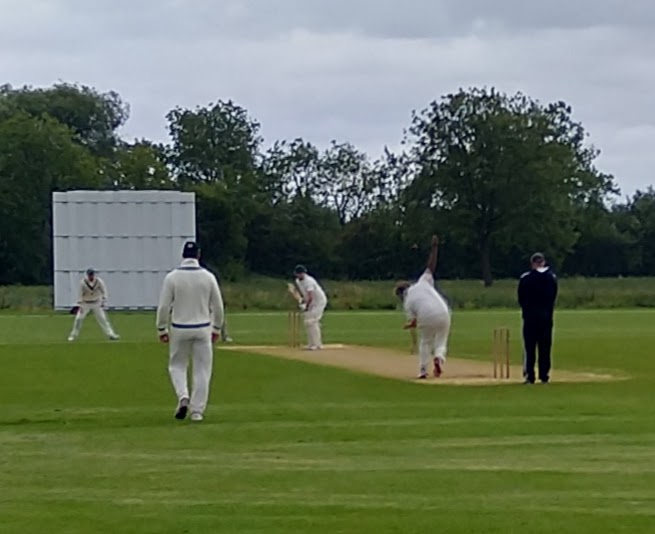 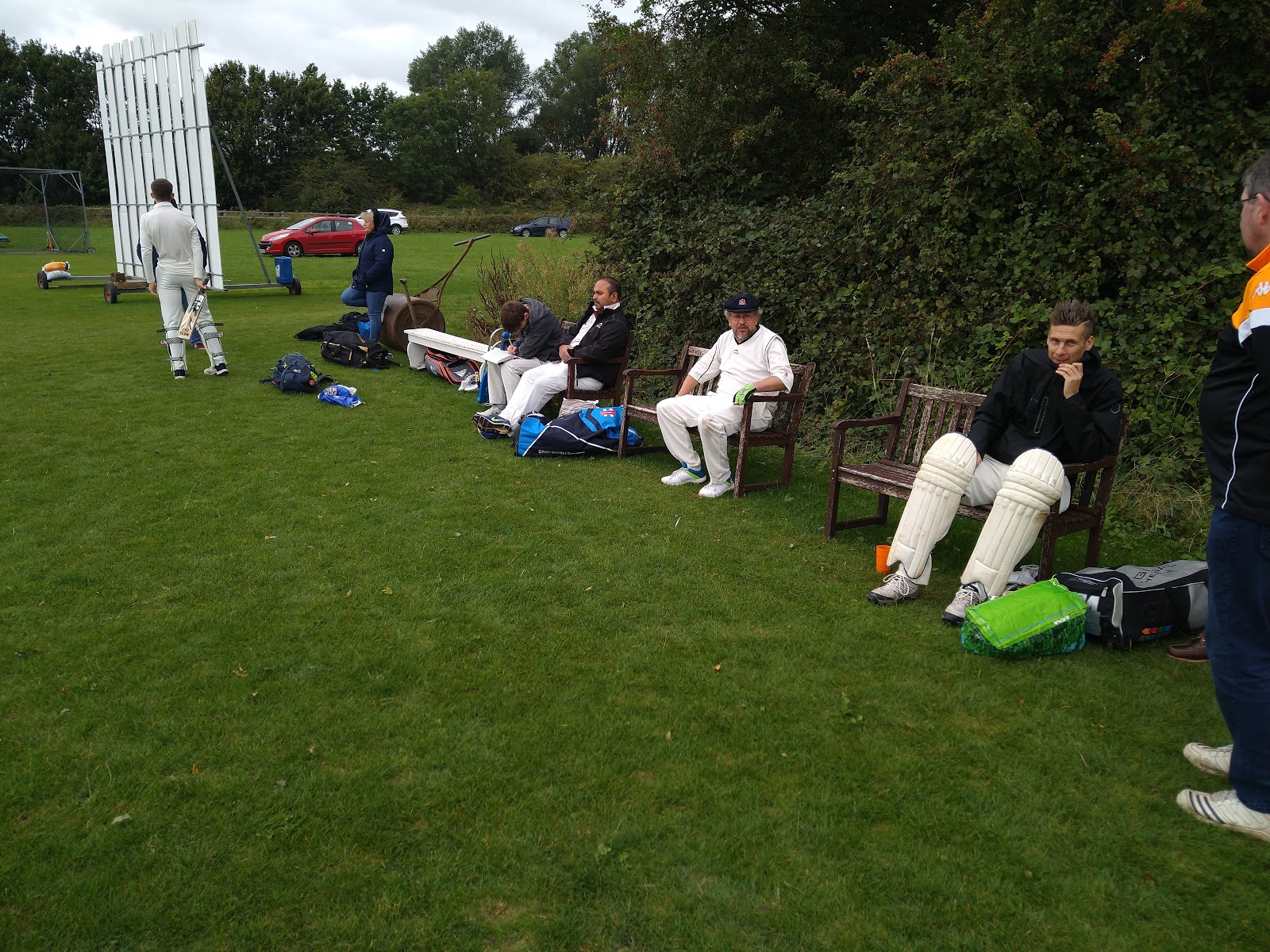 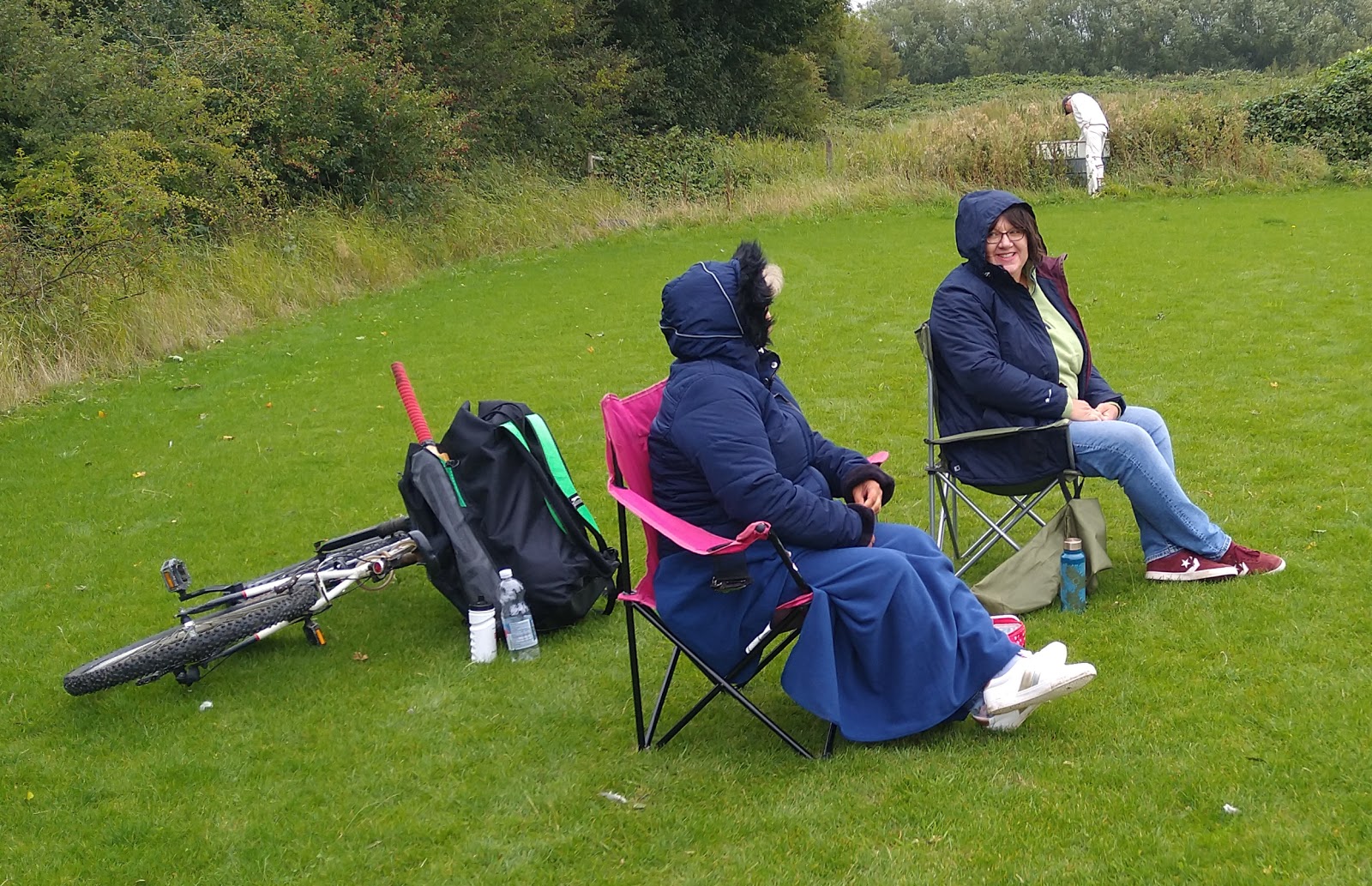 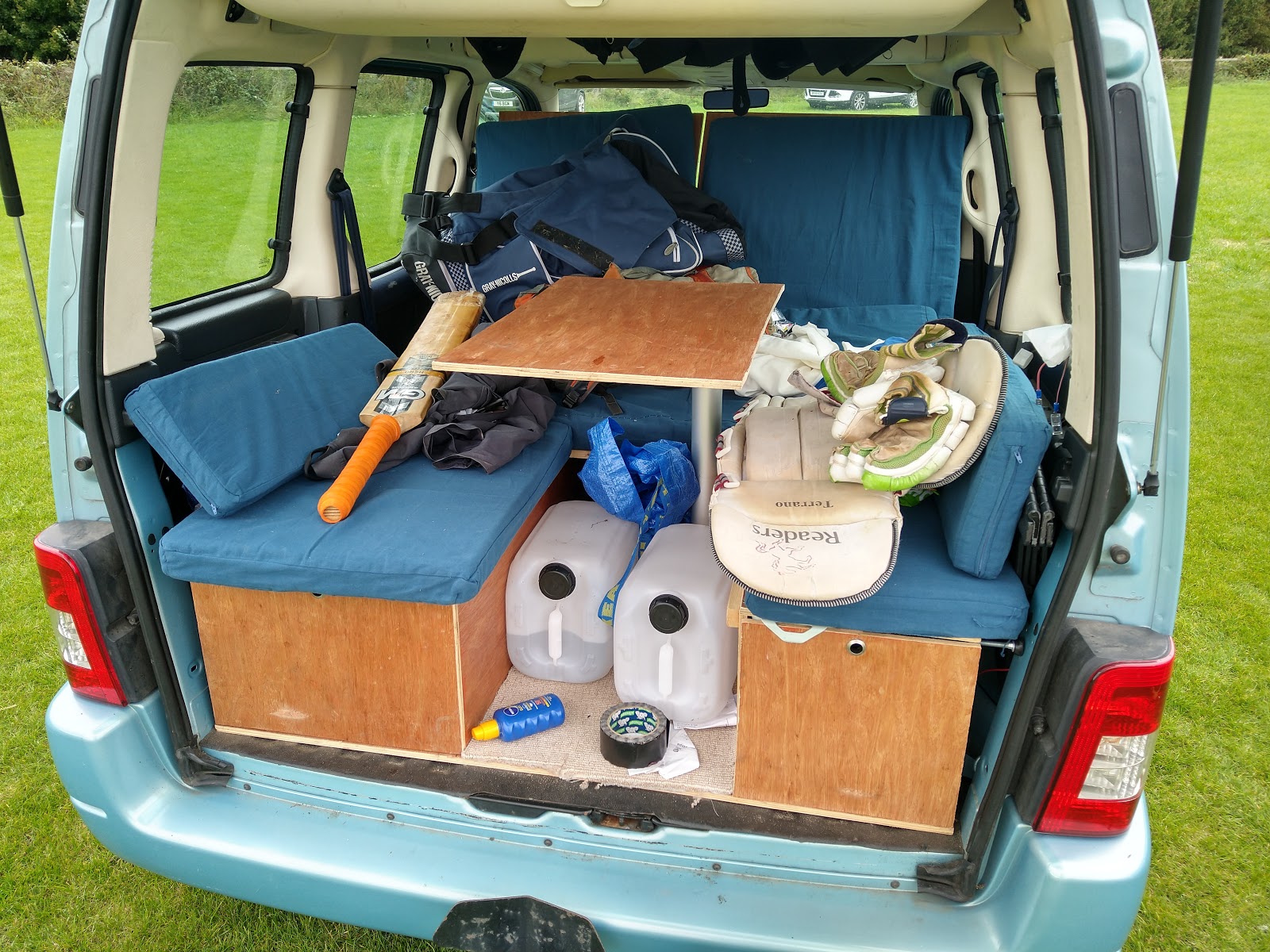 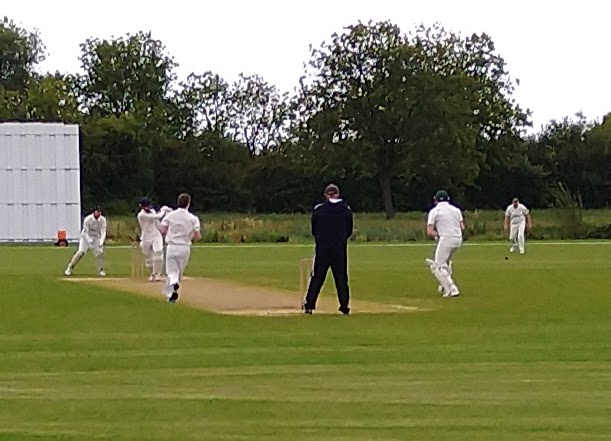 Posted by Simon Douglas Thompson at 16:23