My cycling colleagues surprise me sometimes. You'd expect most of the bikes to be mountain bikes in various states of repair - like my Decathlon - mixed in with some new Halford's Carerras that get bought every tine a "Cycle to Work" scheme comes around.

That is indeed the case, but there are some more eccentric velocipedes, like the ancient foldaway bike that has a bean bag for a seat or the old model e-bike that weighs 3 tonnes and has uneven handlebars, and some bikes that indicate either by luck or by choice the owner is a bit of a bicycle conneuseur.

Such was the bike I came across today, a lovely late 80s Reynolds 501 steel framed Kellogs Tour of Britain edition Raleigh road bike. Complete with down tube shifters and the glorious Raleigh logo on the front, dating from a time when these bikes were actually made in the UK at a huge factory in Nottingham, this is a super retro bike that any cycling hipster in a tweed cap would be happy to take to an Eroica festival.

Slightly strangely, however, the owner had swapped out the proper drop handlebars for a flat bar.

I love finding old Raleigh bikes with their heron badges. They remind me of a brilliant documentary I watched about that Raleigh factory in the city, where hundreds of skilled workers turned out these classic machines for work, play, and of course racing.

What's there now? A University campus and flats. There used to be a pub called The Handlebar as a last sort of memorial, but I think that's gone now too.

There's a few ipics of other retro bikes here too.

All text and images copyright CreamCrackeredNature 20.08.20 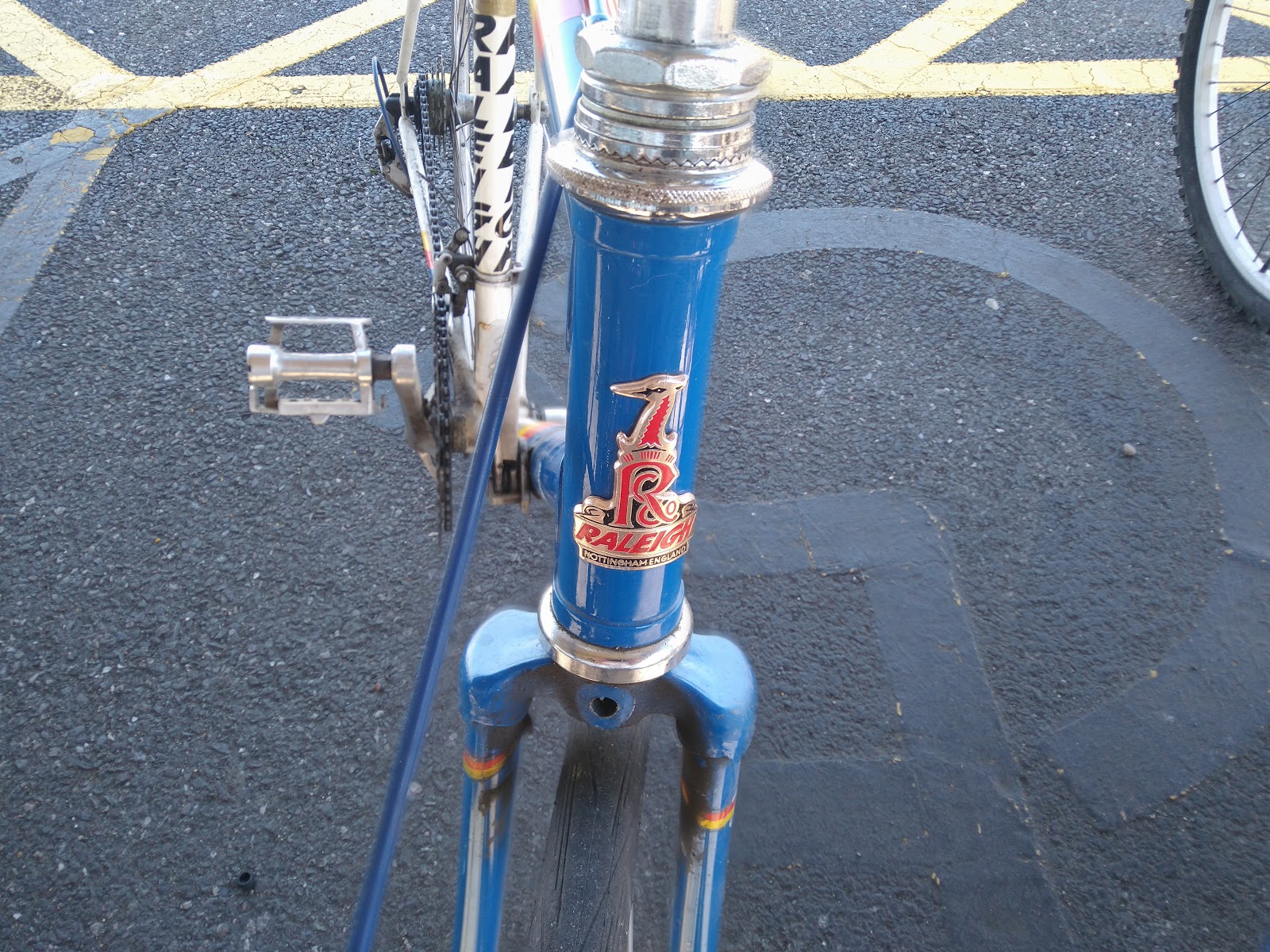 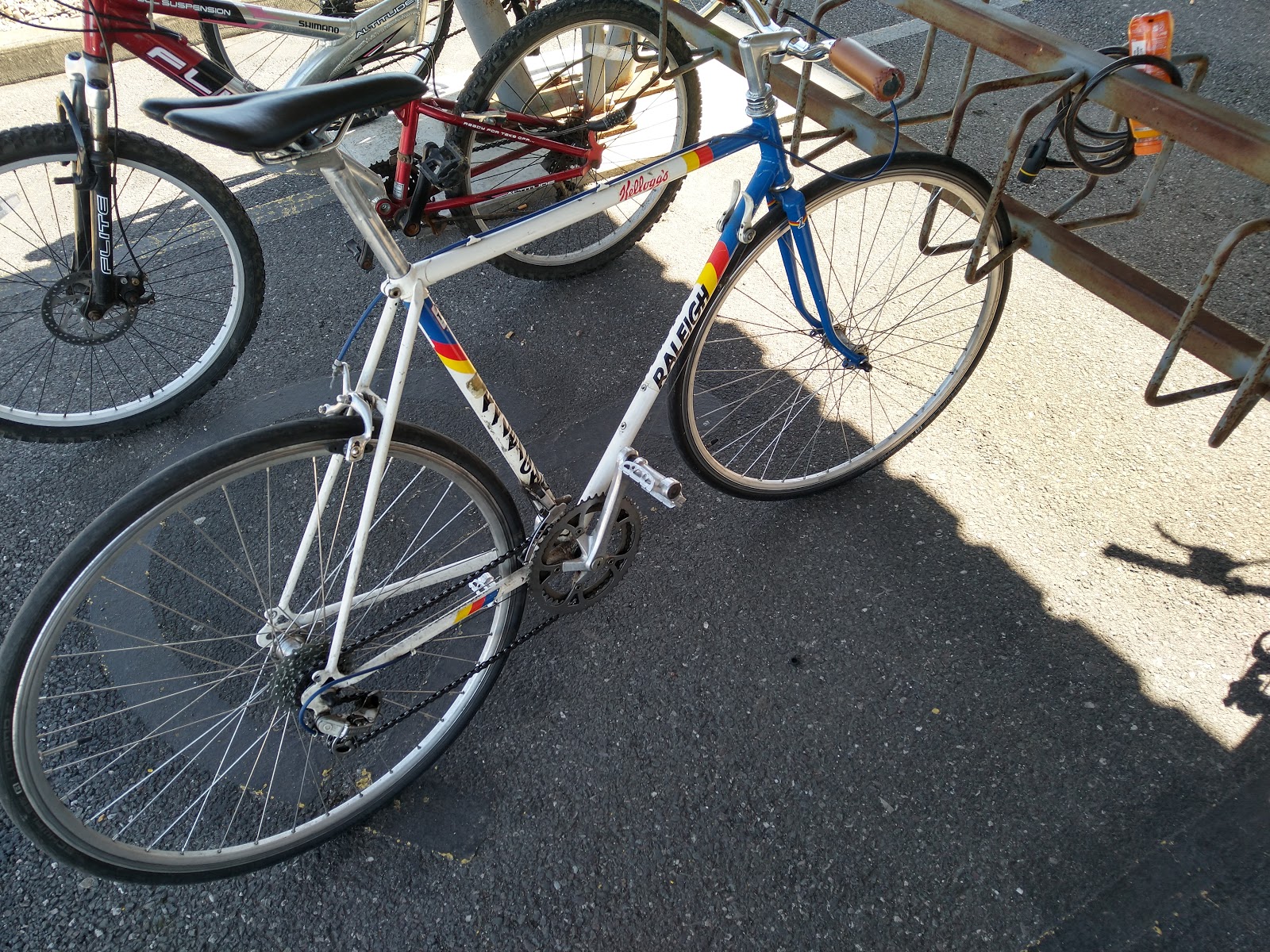 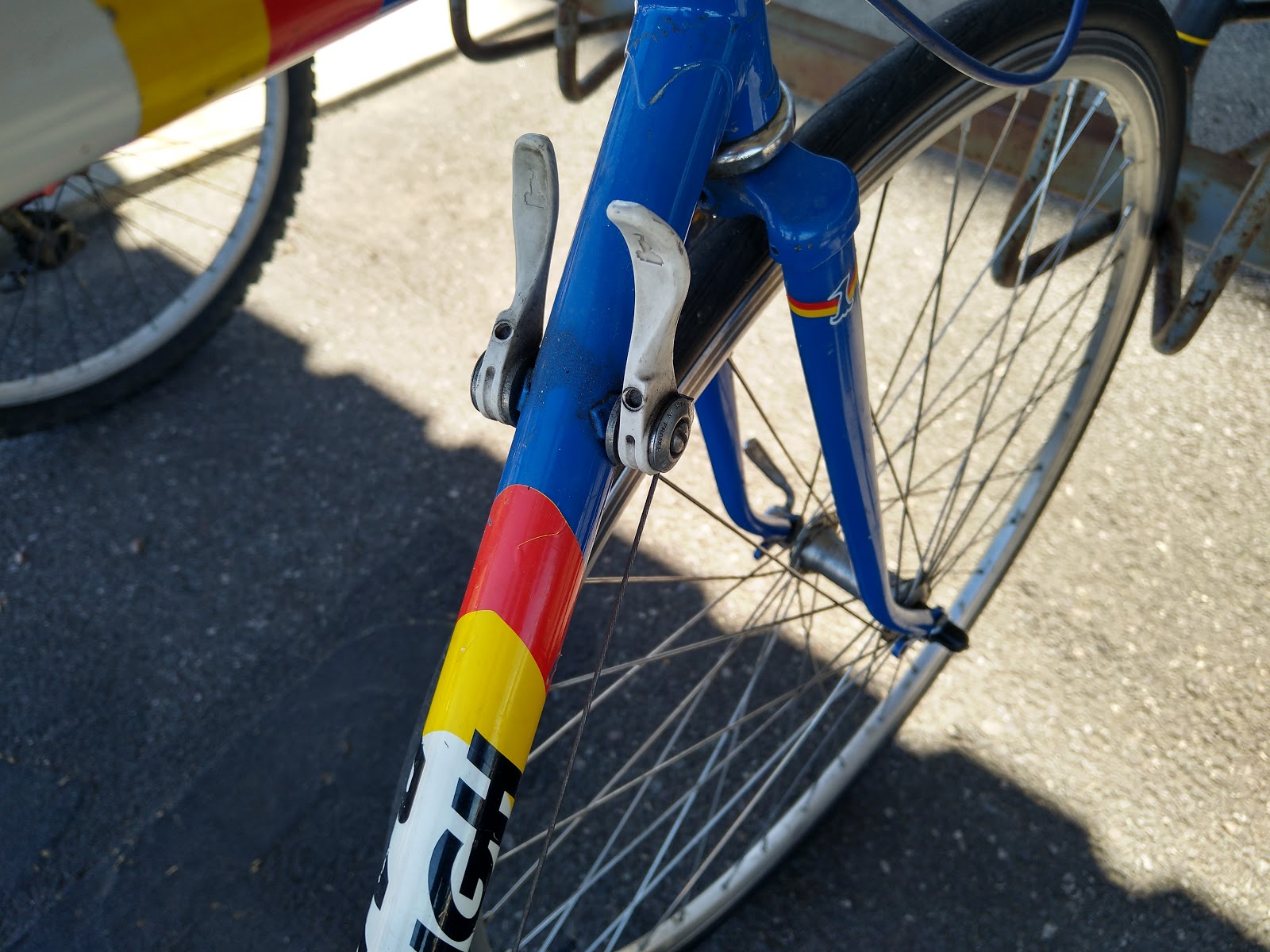 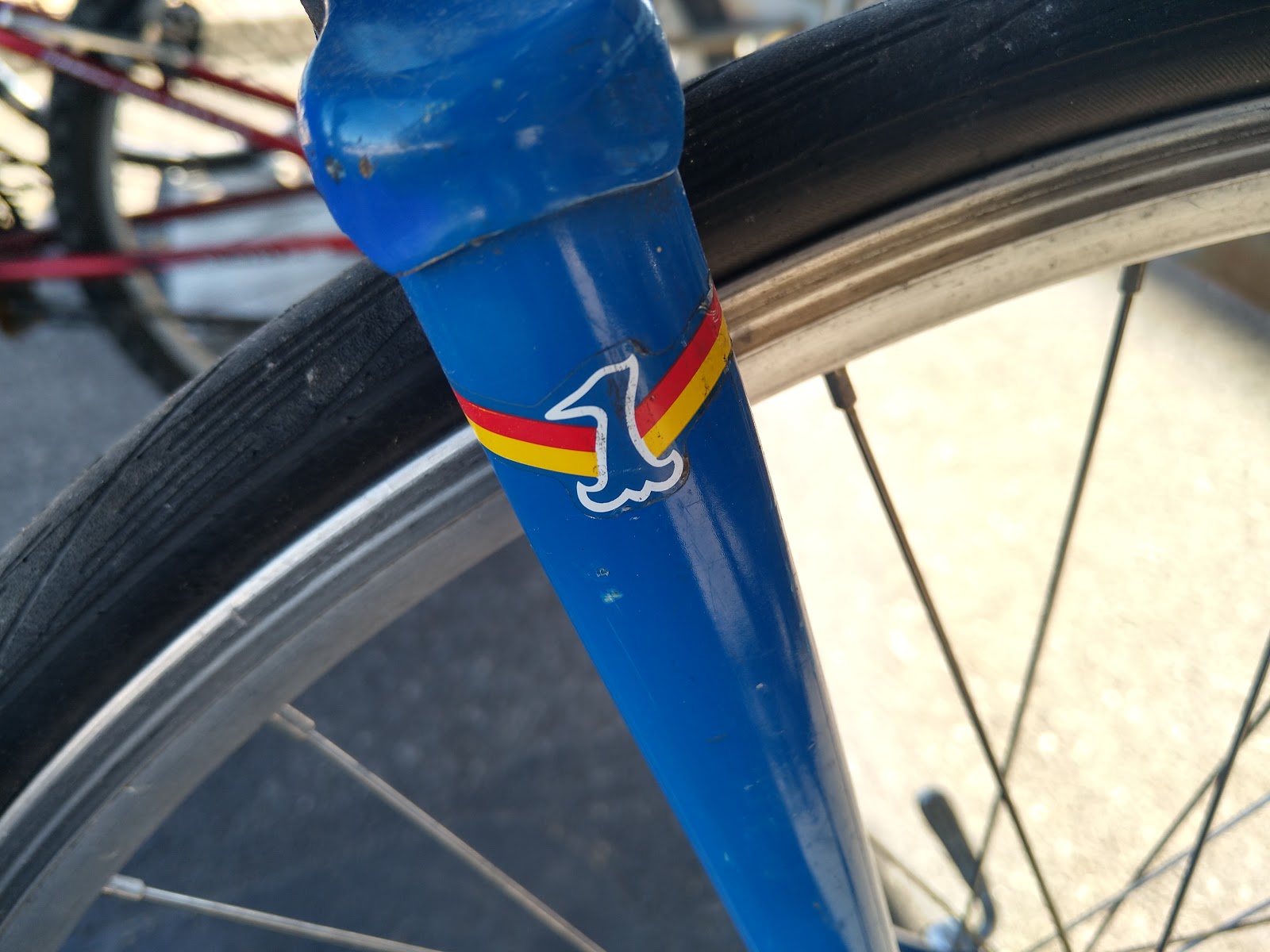 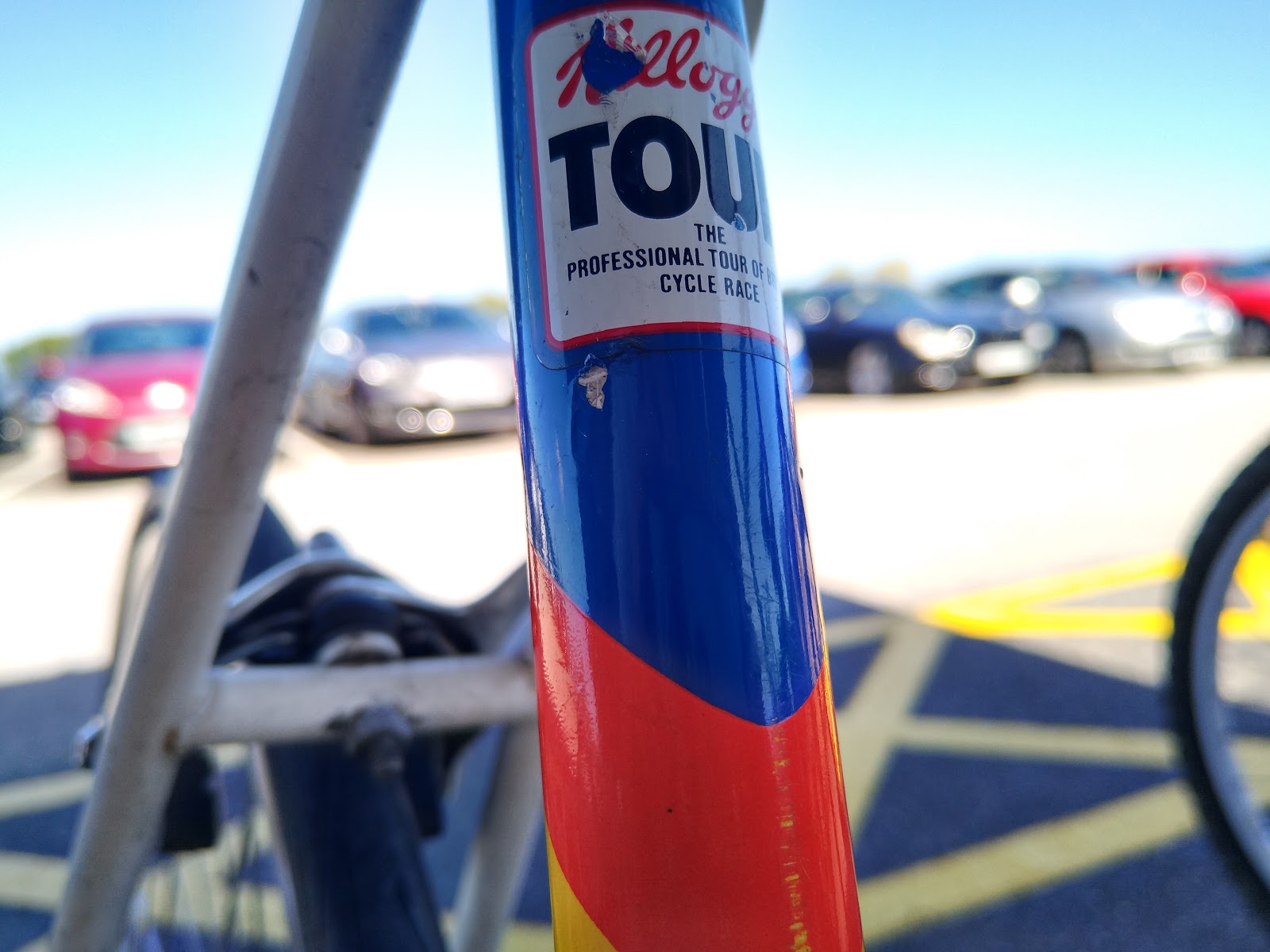 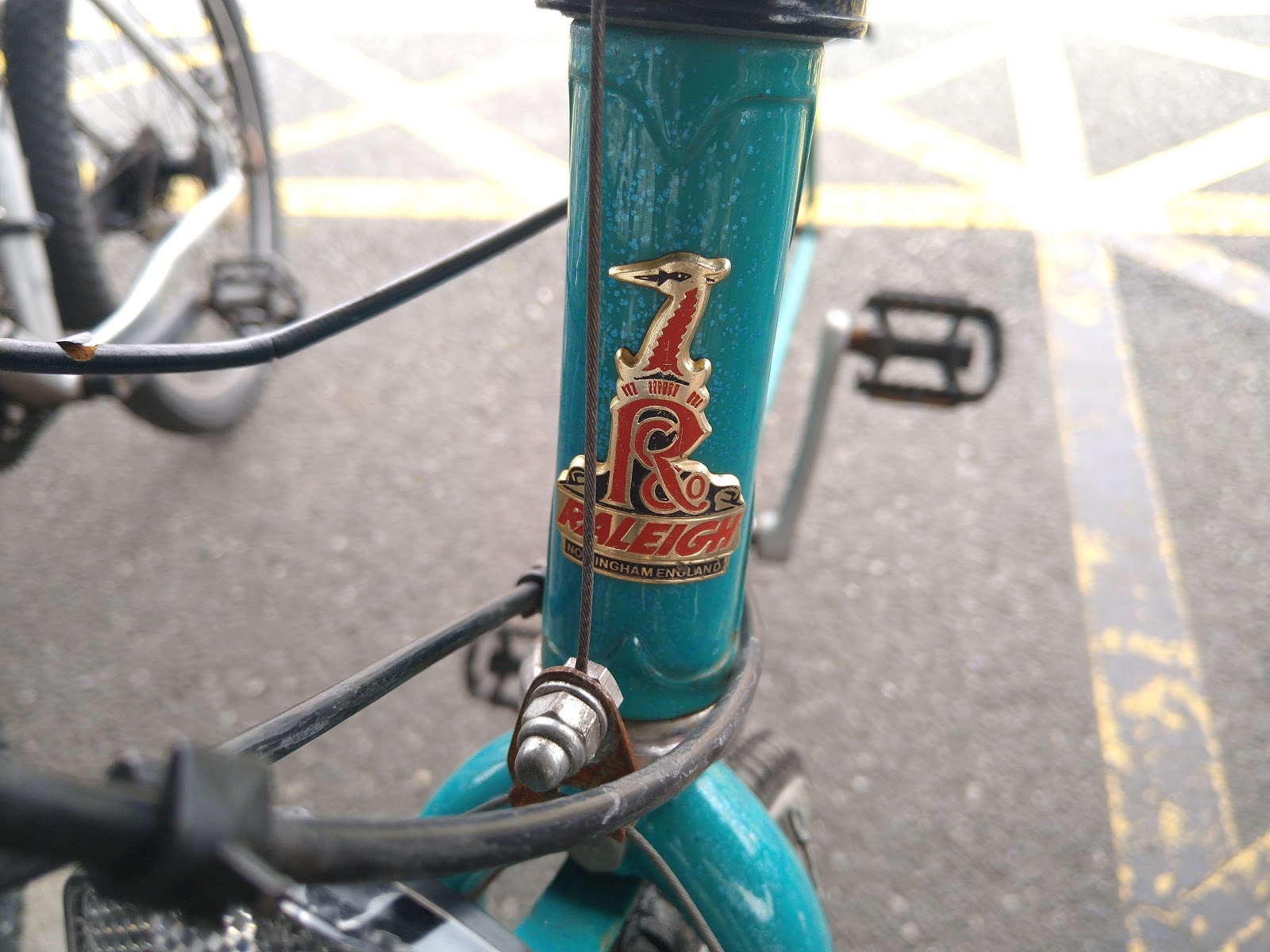 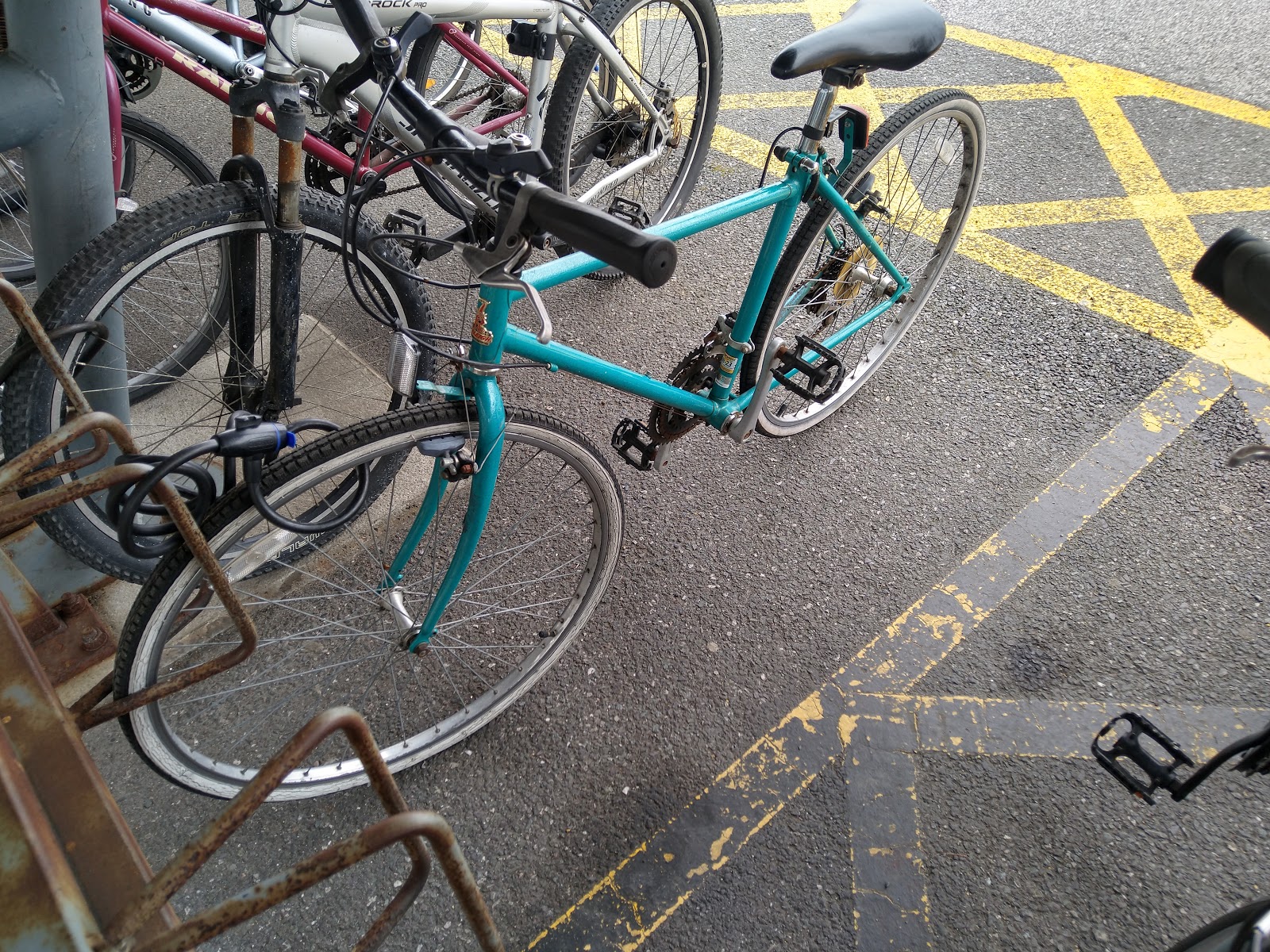 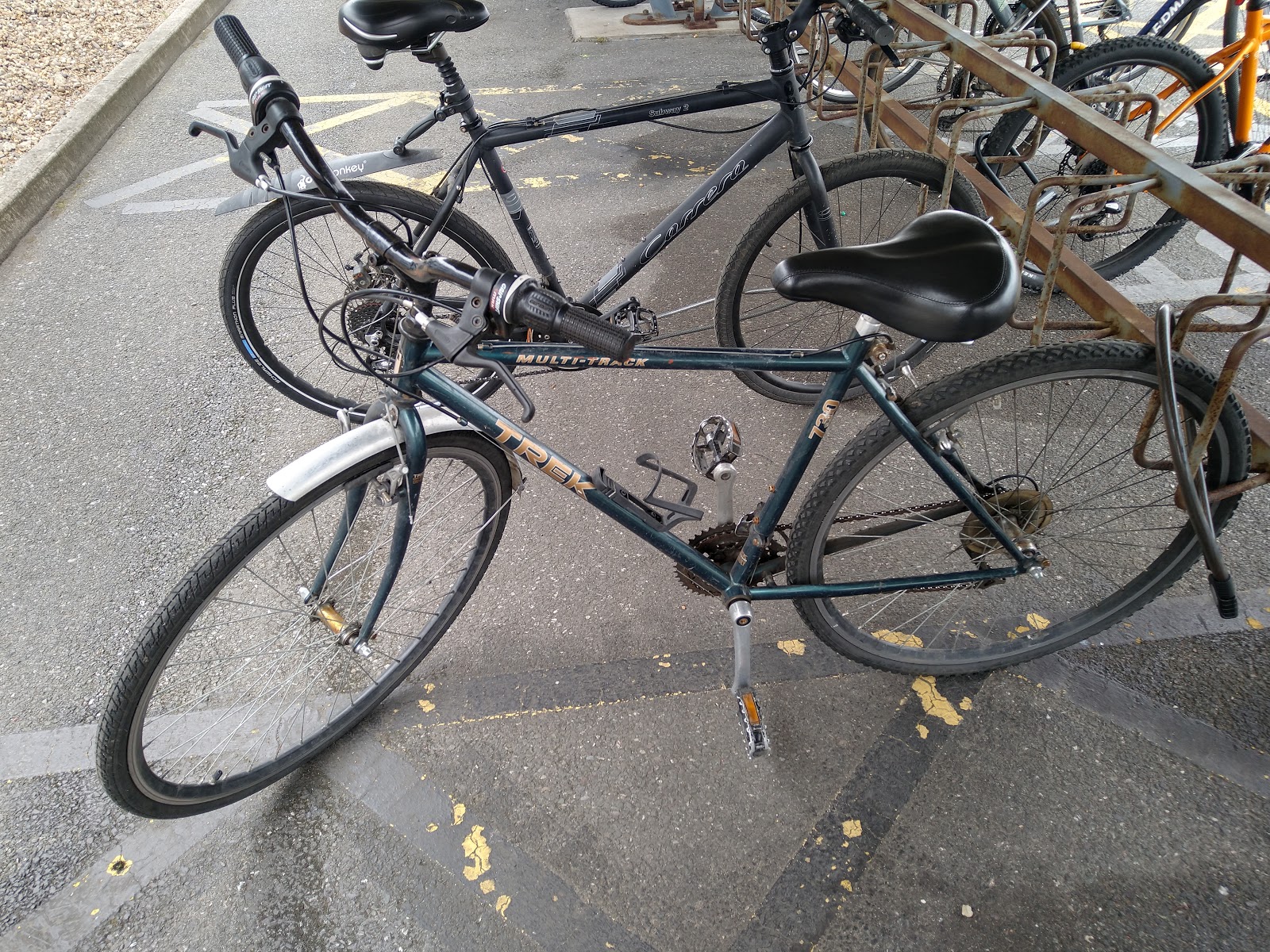 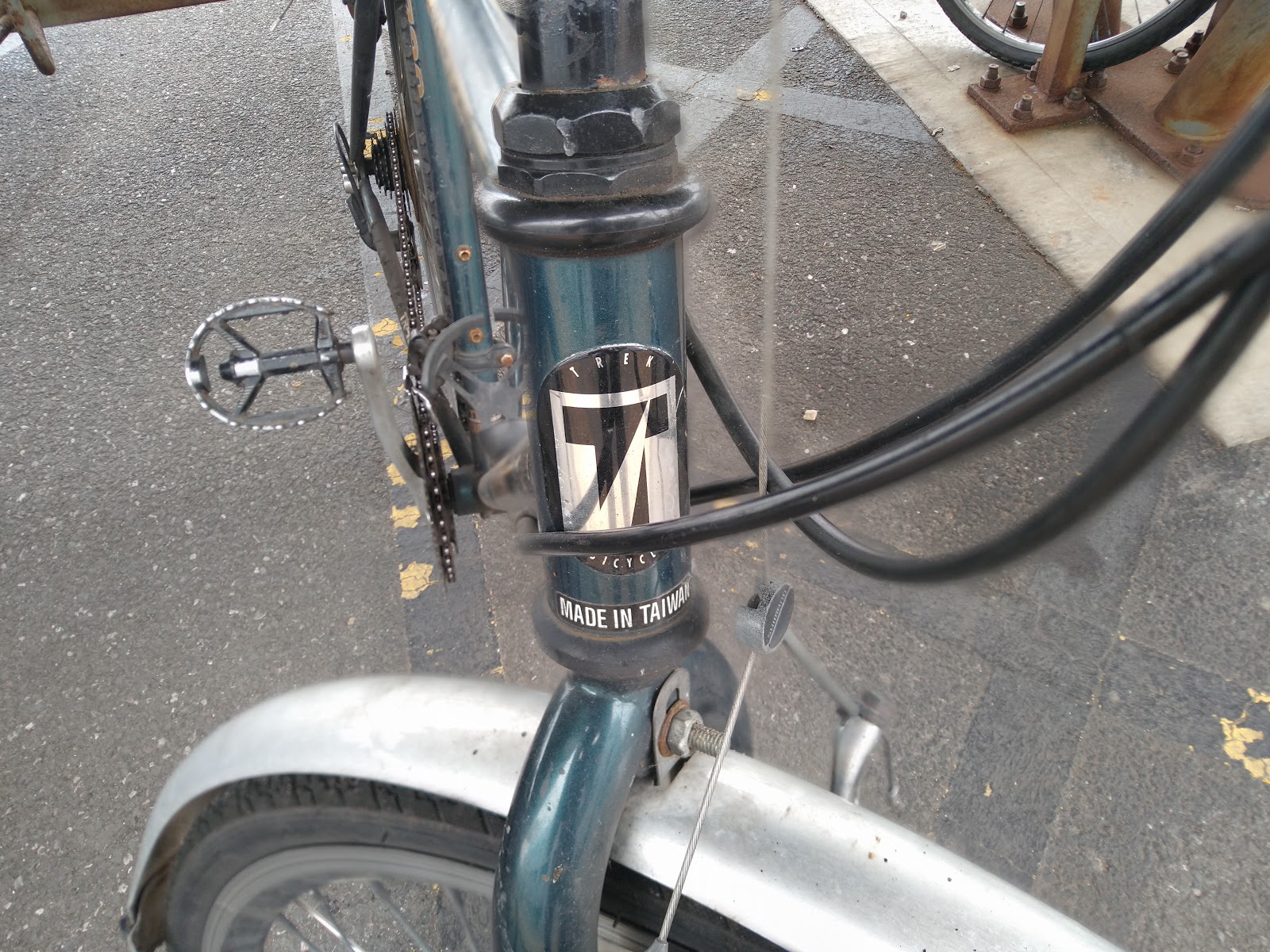 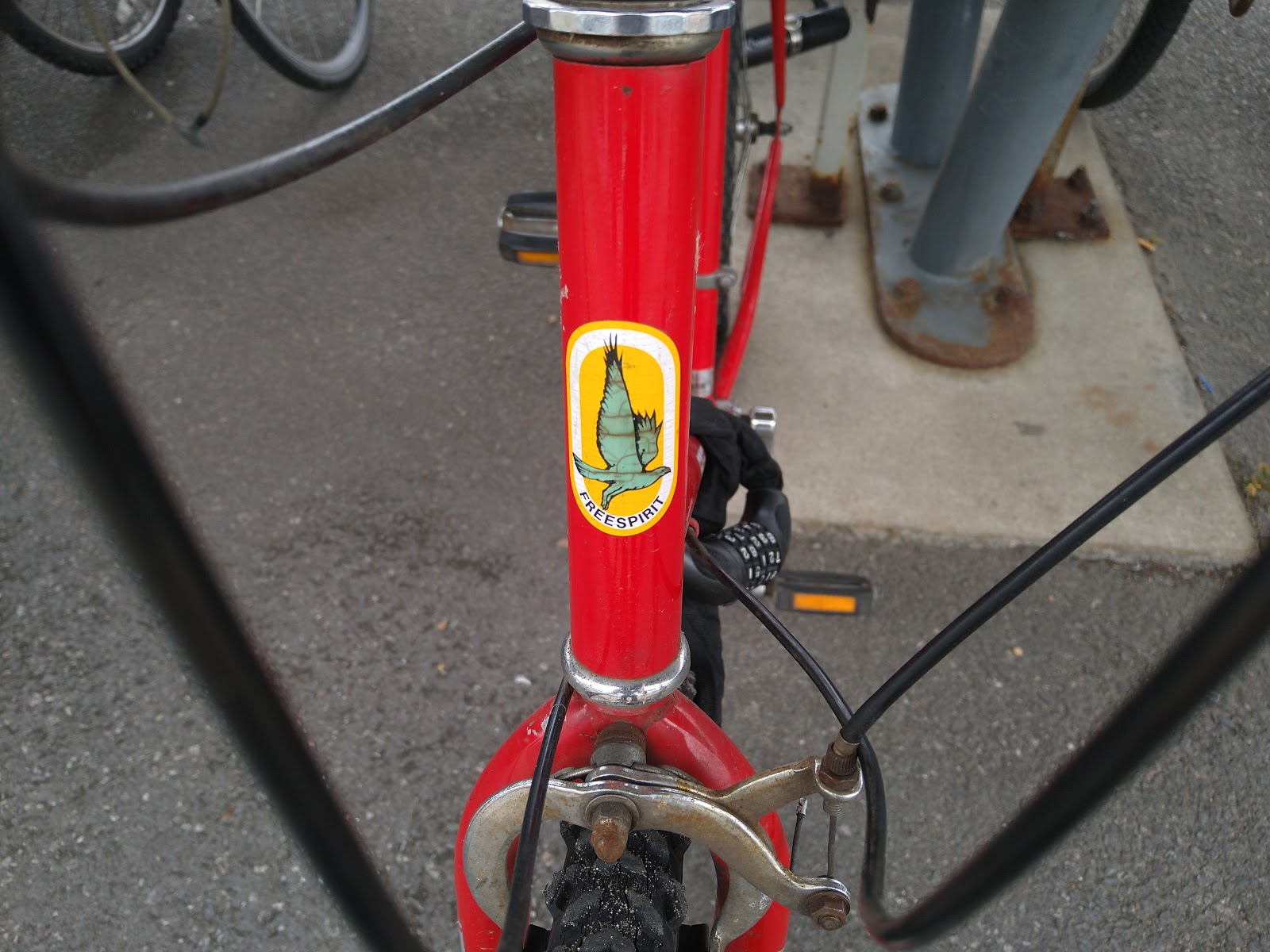 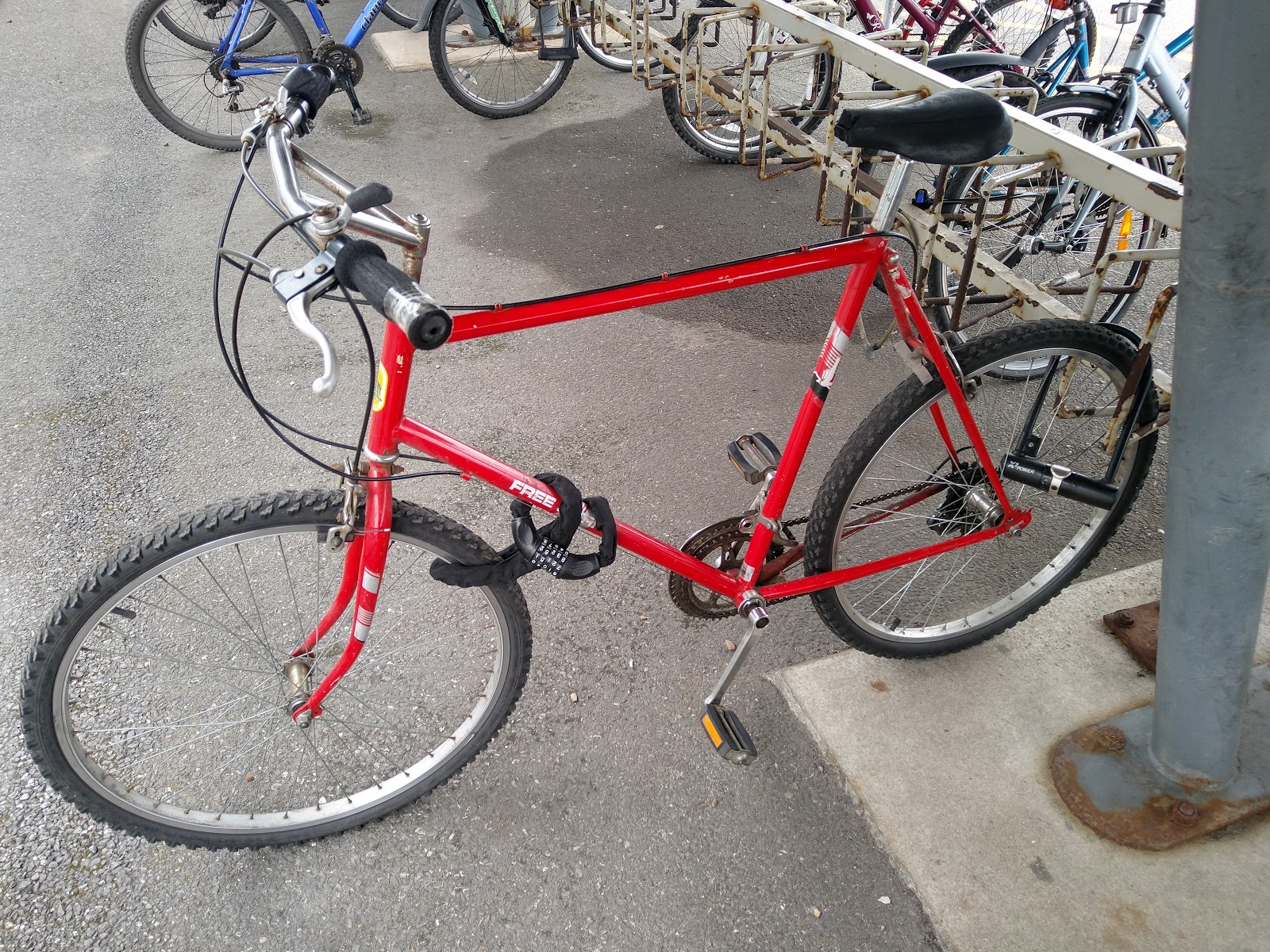 Posted by Simon Douglas Thompson at 16:06