Late at night, if I am just coming home, or going out for a breath of air when I'm having a hard time sleeping, there is a female tabby cat that comes to see me, announcing her presence always with a few plaintive meows and a rub or two round my legs before she sets to eating the grass in my garden.

She can be quite snappy, doesn't like to be stroked and will hiss and bite if you try sometimes.

She is also seemingly a wannabe huntress.

The other night, she did her usual thing and I just assumed after eating grass that she had disappeared off into the darkness. Not at all. There was a colossal commotion in the ivy that clings to the holly tree.

A woodpigeon fluttered away in a hurry, lit by a street light. A set of yowling kitty cries followed.

She was stuck about 6 feet up the tree, having had a little fall by the sound of things. Luckily she wasn't hurt, and she managed to get herself down, rather inelegantly.

She then slinked off to sit in a pool of light at the end of the drive, licking her paws and trying to style it out.

All text and images copyright CreamCrackeredNature 07.08.18 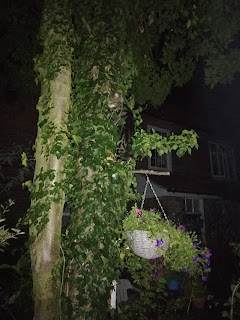 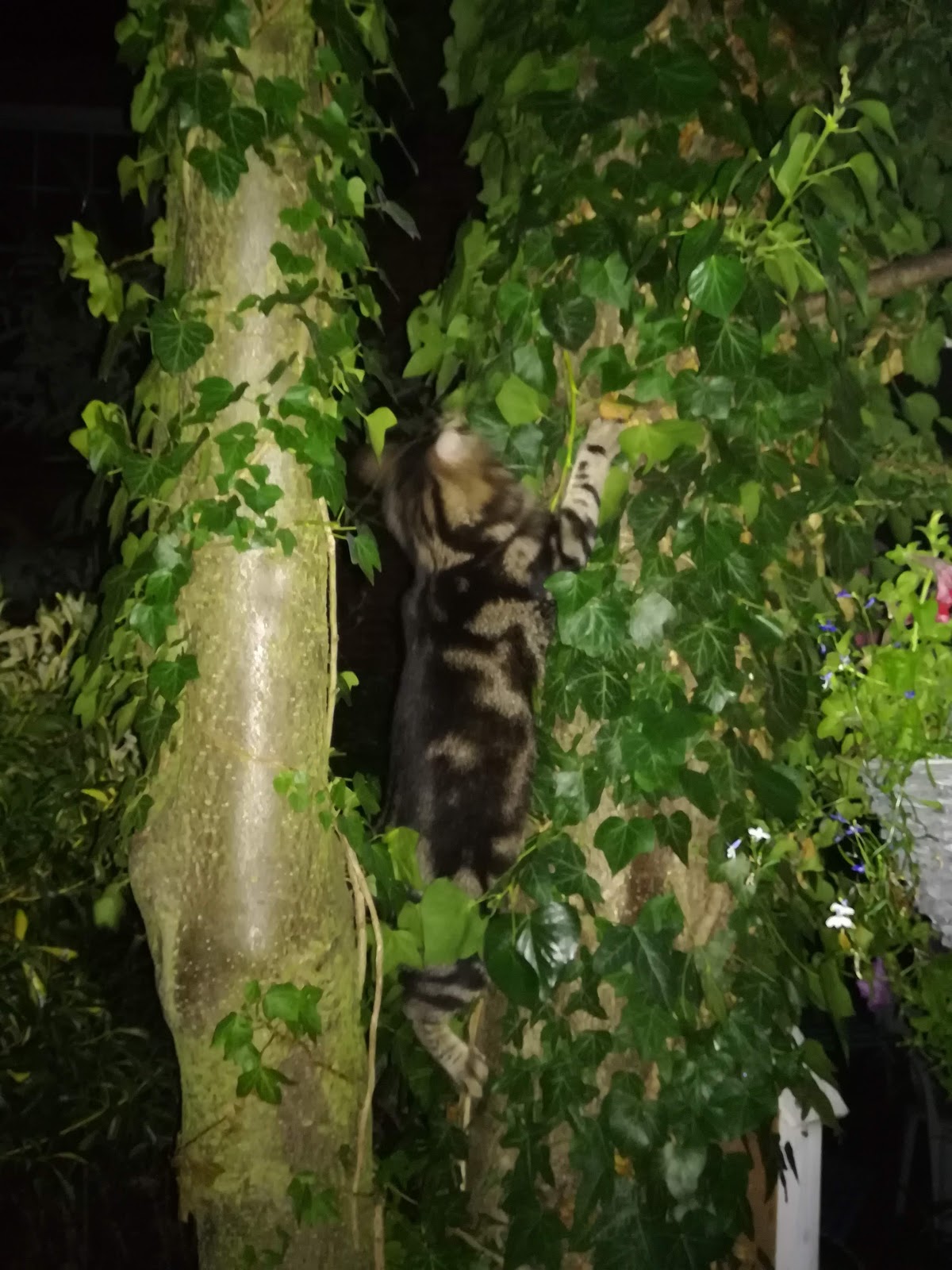 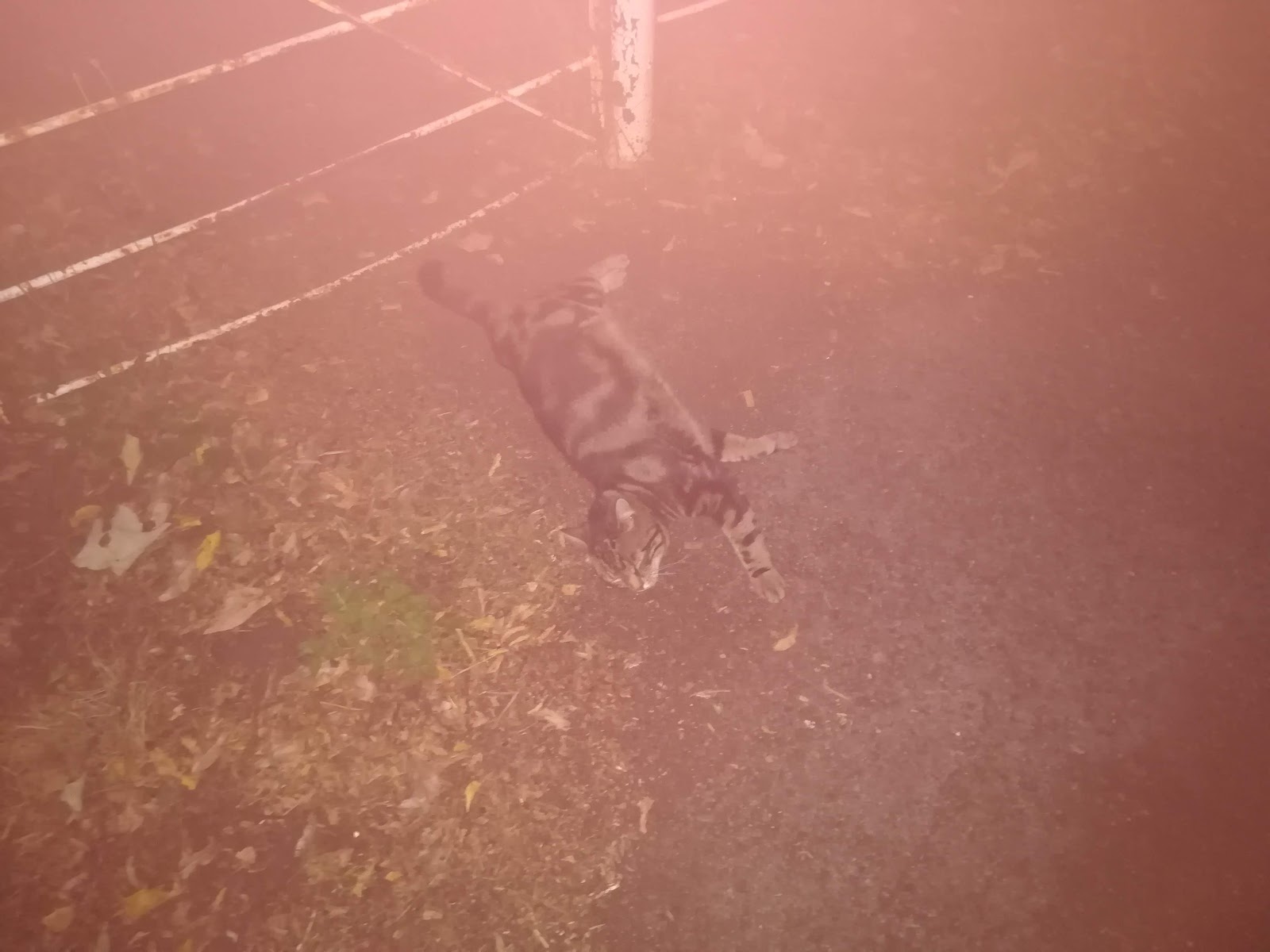