Today we were playing cricket away at Walesby, a place I haven't revisited since I was on a cub camp there in 1983...memories of homesickness indeed.

It's a national centre for cub camps. Most kids love it. Aside from the wide games I hated it especially as at age 8 when I joined I was teased like mad for not knowing what a rubber johnny was. I was also in Brown 6, which sounds too much like "Shit 6".

We arrived at the venue, a sports and social club, to find a country and western singalong concert was taking place for a bunch of older folk wearing stetsons, a sound that accompanied the first half of the match. Posters advertised a Gary Barlow tribute act for the evening. A meat raffle was also in progress. One could imagine a Bernard Manning type comedian coming on.

Not that the game needed anything to make it entertaining. It was manic from the start, with the Walesby batsman coming in, thrashing the ball like mad over the boundary, then getting out. One of  our guy's first over went 4,6,4,6,4, out. And they were all trying to play the same way. They had 70-1 on the board after 8 overs.

But we then started nipping them out a bit more regularly, until we were faced with their two best bats, one the biggest hitter, one the most consistent. I was brought onto bowl to the big bearded big hitter and bowled him after three balls with the first straight one I found. Next over I put the field out and the consistent batsman, now running  out of partners, put one down long off's throat who held onto the ball despite falling down a rabbit hole.

We knocked them over for 130, and two strong opening bats meant that a potentially awkward target on a sporty pitch was achieved in quick time for the loss of only one wicket. Thank god for that as well, because it was bloody hot out there, I had to umpire for a bit and my face felt chargrilled after 15 minutes.

I wanted to get away before the Gary Barlow tribute act as well.

All text and images copyright CreamCrackeredNature 05.08.18 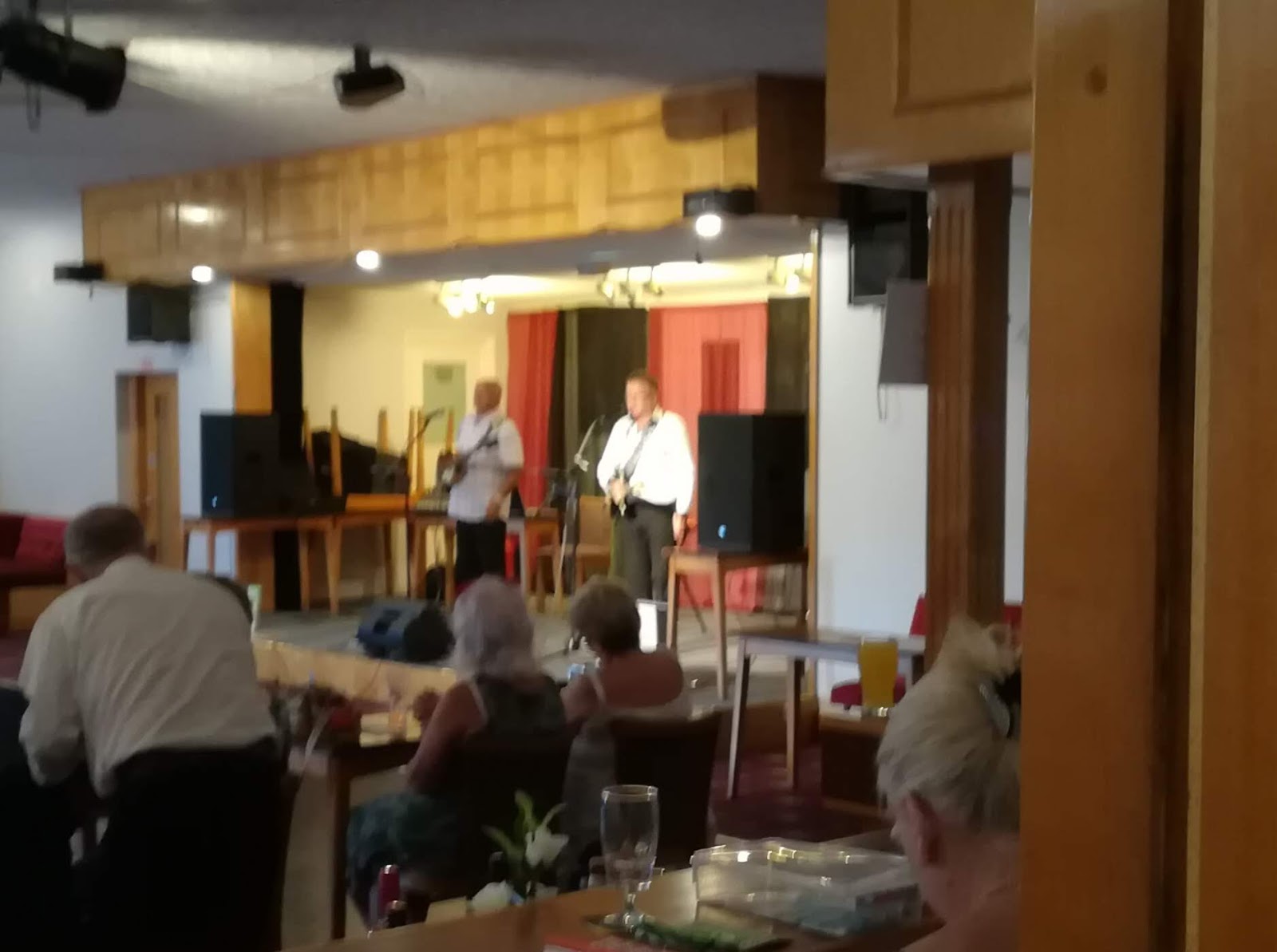 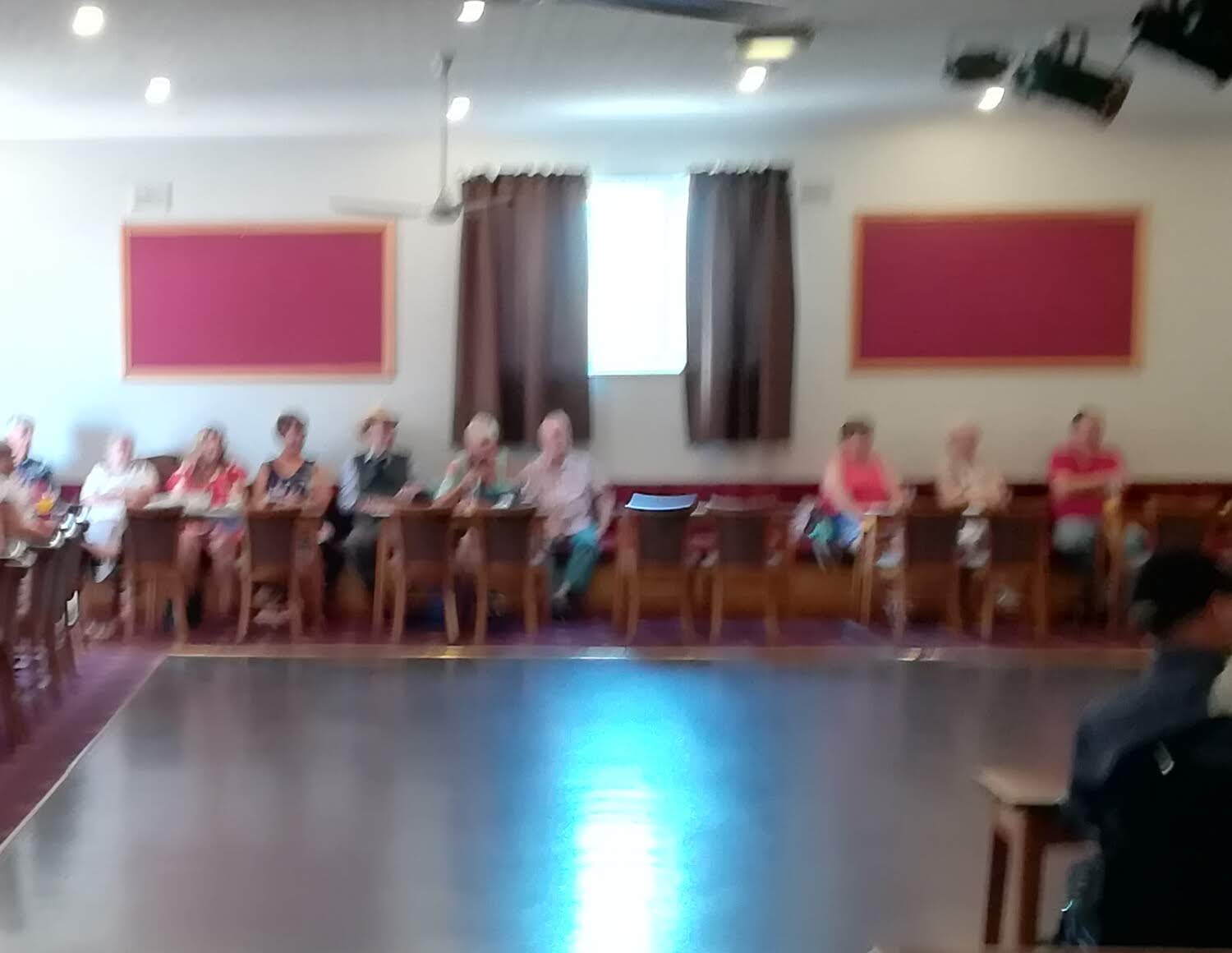 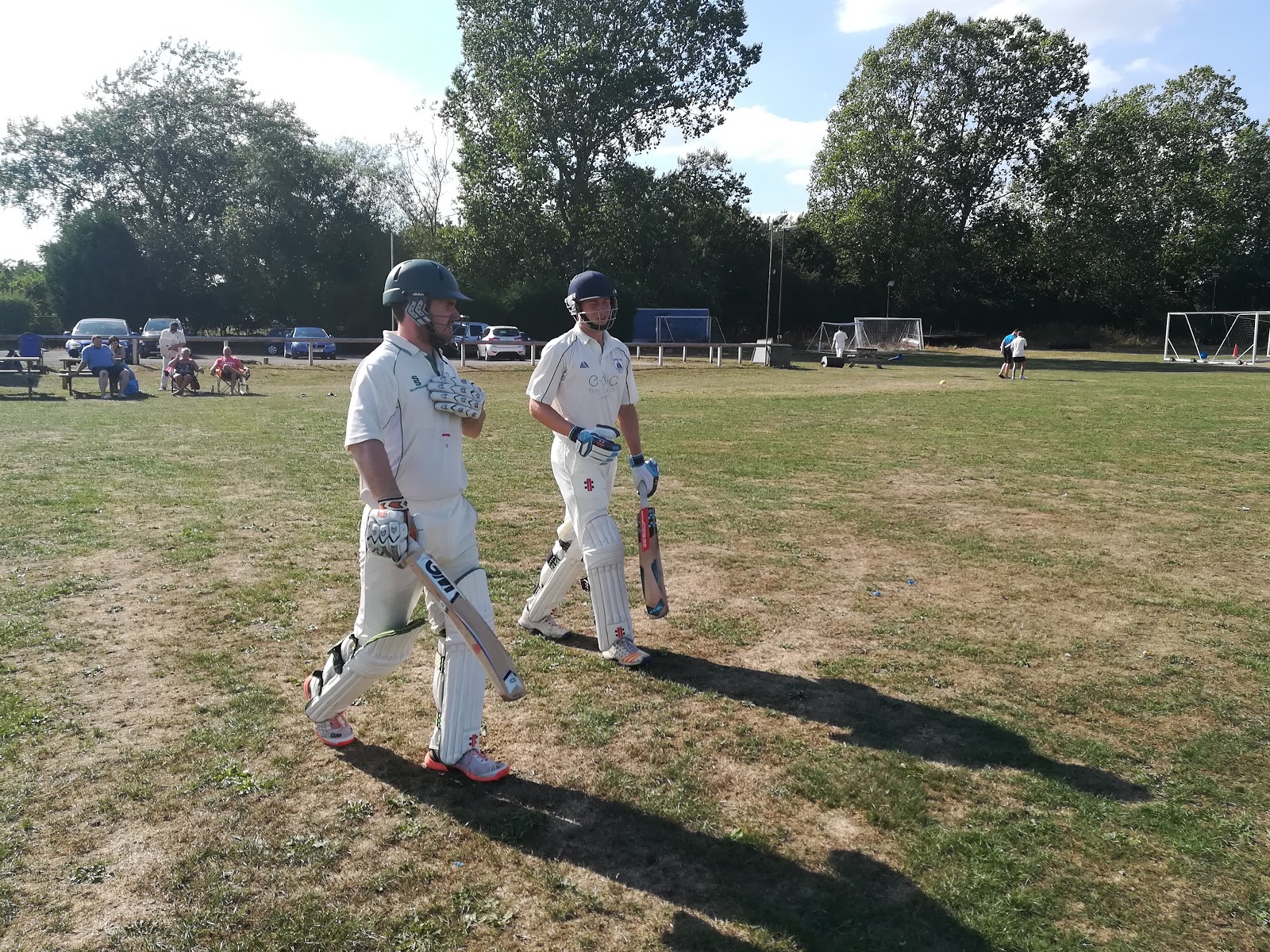 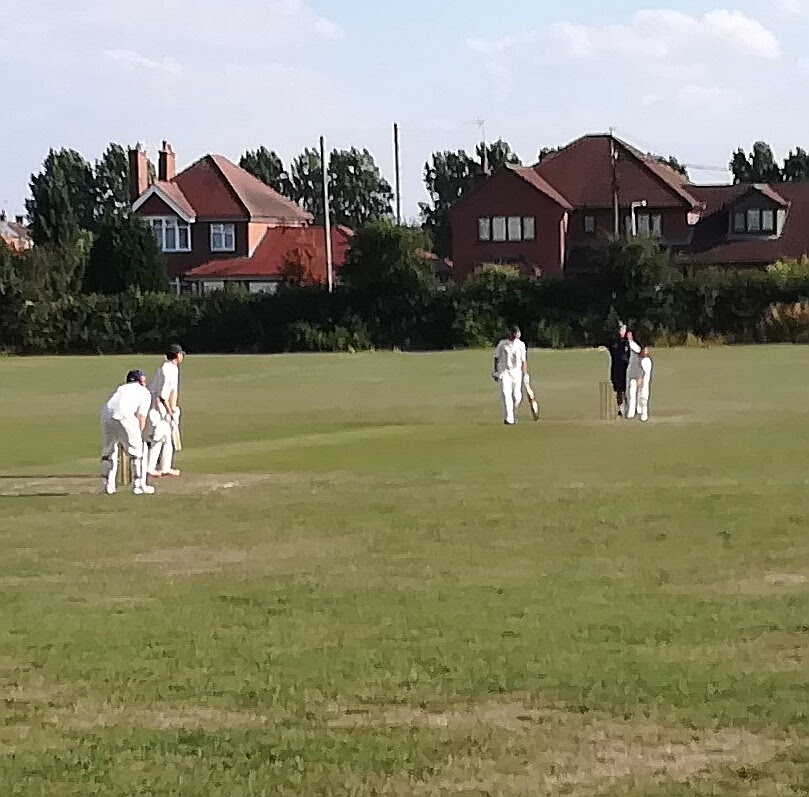 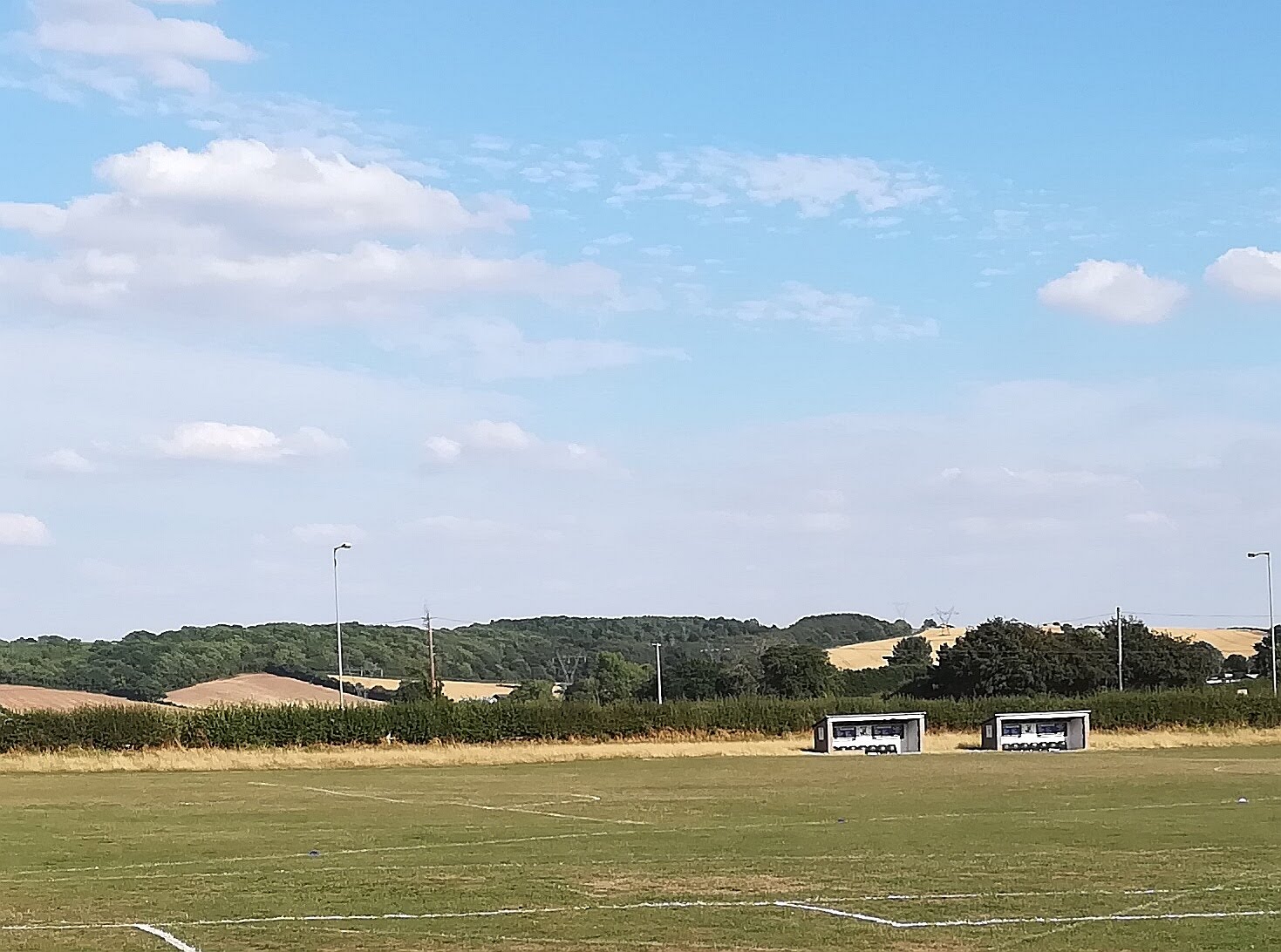 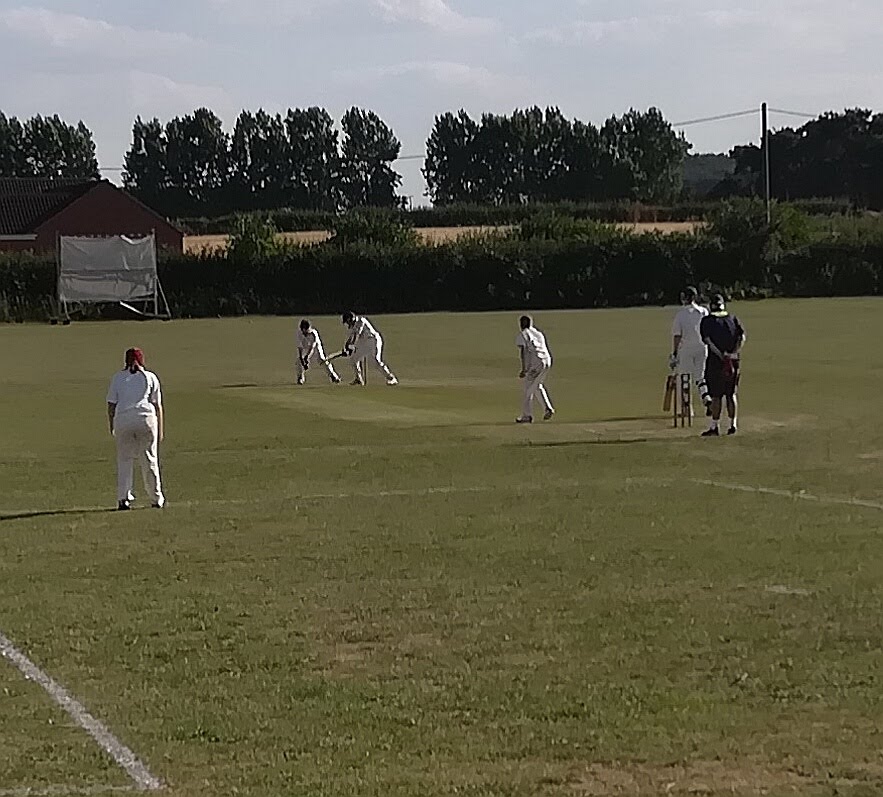 Posted by Simon Douglas Thompson at 14:11