First Ever Visit to Creswell Crags

With a spot of time off work my plans to do something interesting and adventurous haven't really come to anything  before now due to exhaustion, and this has been frustrating.

I was going to sleep out  under the stars the last couple of nights to test some of my camping gear, but it has rained. Pity, I would love to have done a little micro adventure like that this week. Might yet still do so, cold temps or not.

The powers that be behind micro adventuring are always saying "oh just head up the nearest hill and do it" - easy enough if you are in commuter belt Surrey but not in a town like this. I don't know if I'd feel safe sleeping out alone anywhere near here.

So, today, I woke up early and headed out to Cresswell Crags, a gorge on the Notts / Derbyshire border and a ballache to get to by train despite the fact it is only 20 miles away as the crow flies; it is more like 40 by rail.

It is essentially a gorge that contains caves that contain signs of prehistoric human occupation going back to Neanderthals 60,000 years ago through various other human cultures going back to about 15,000 years ago. There are axe heads, animal skulls such as hyena and lynx (!!!) and most importantly the only cave art to be ever found in the UK, and the so called Ochre Horse, an etching of a horse on bone and the only pre-historic so called "portable" drawing of an animal ever found in Britain.

I certainly enjoyed being outside in the fresh air today, maybe there is something to the suggestion I read that being near oxygen producing trees creates a feeling of wellbeing. Although they don't when I'm trying to draw the bloody things- my sketch of the crags I did today is unpublishably bad.

It is a dramatic setting and free to visit, but to actually go in one of the caves is pretty expensive. I contented myself with making a couple of circuits of the crags, and having a cup of tea in the cafe, watched by a great tit who came to sit on the balcony edge, attracted by the rustle of free posh biscuit wrapper.

Plenty of wildflowers here, comfrey was very abundant and much enjoyed by the common carder bees present in numbers - they are always the commonest bumble on the wing late in the season. 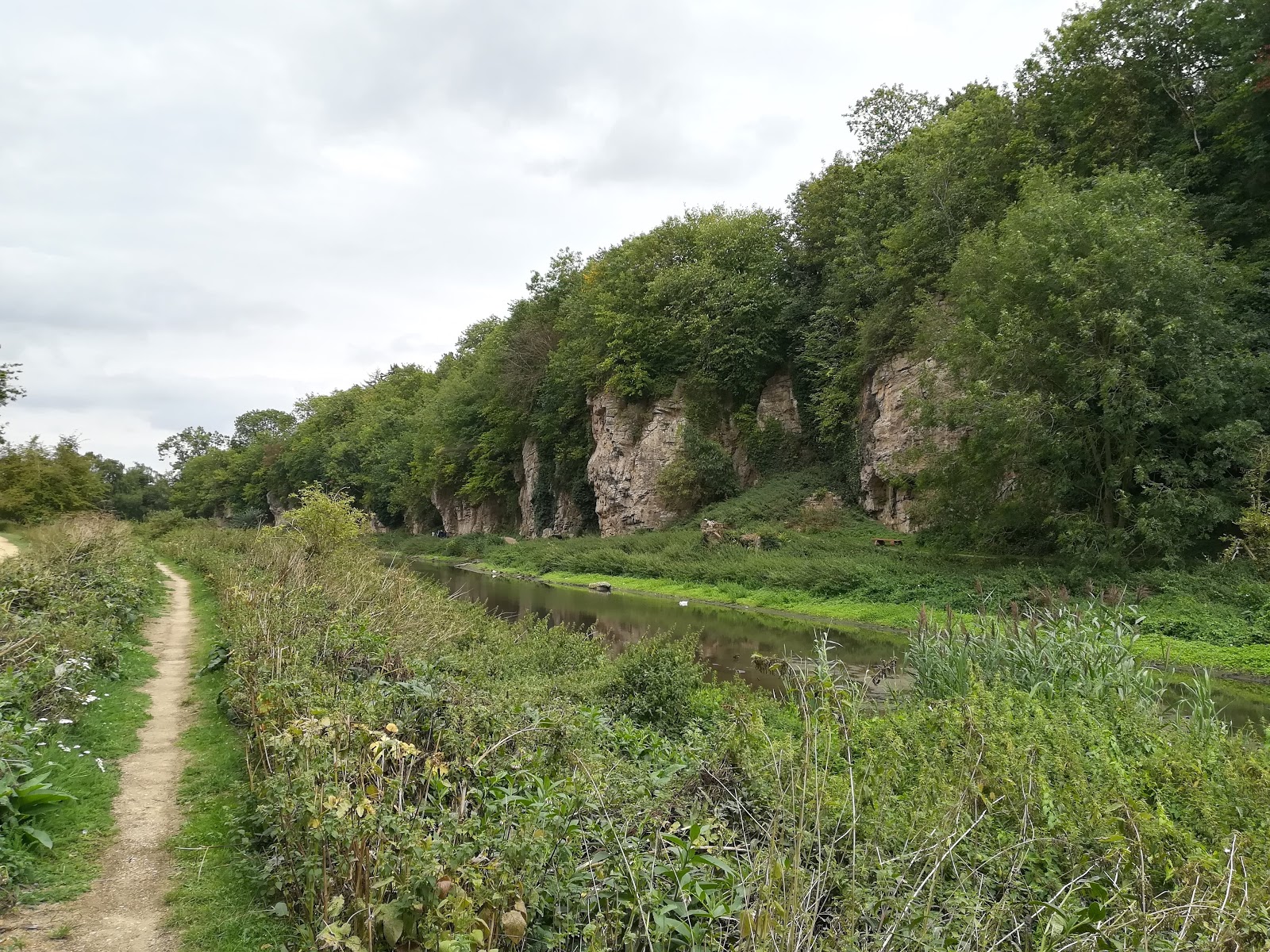 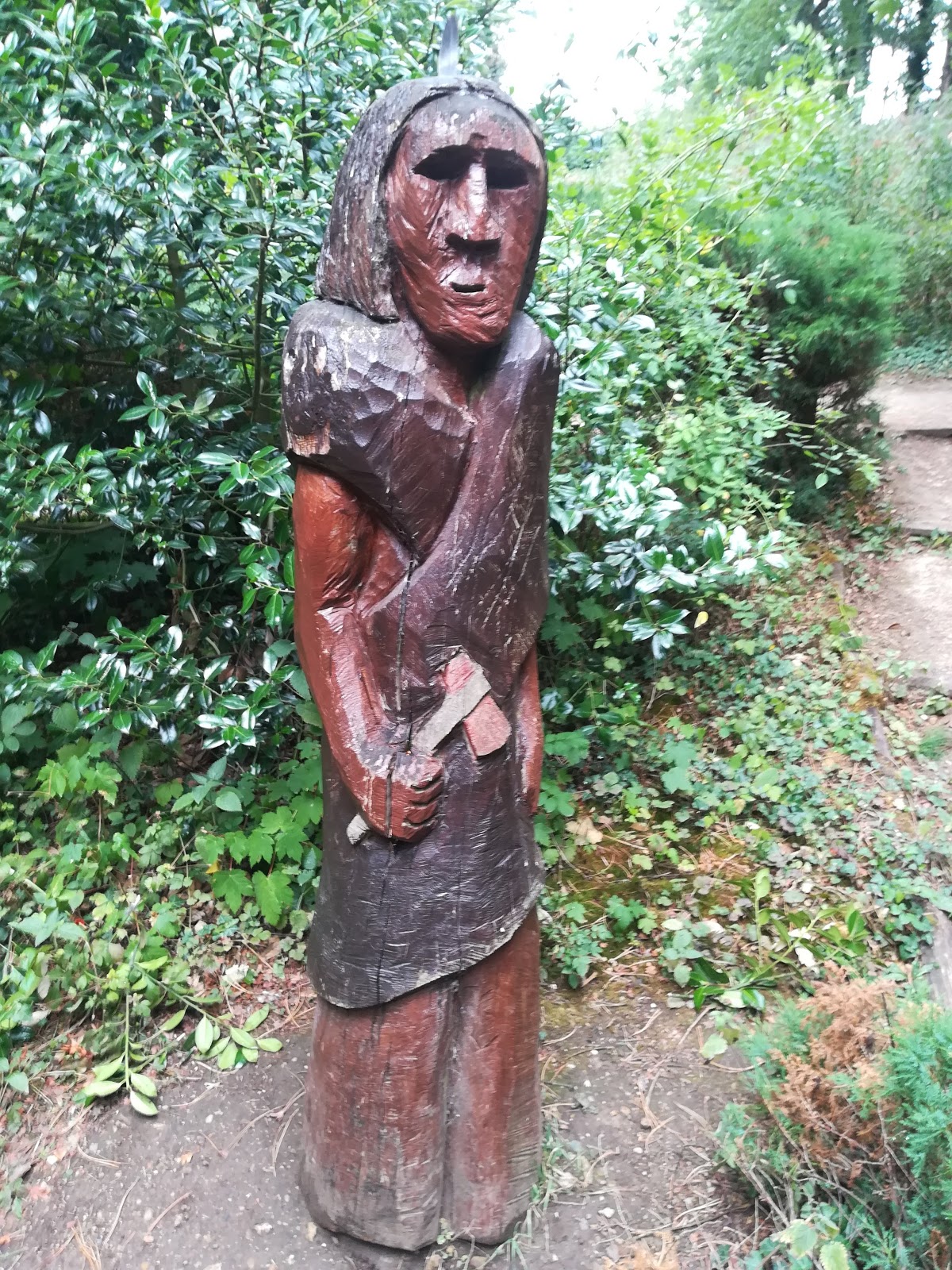 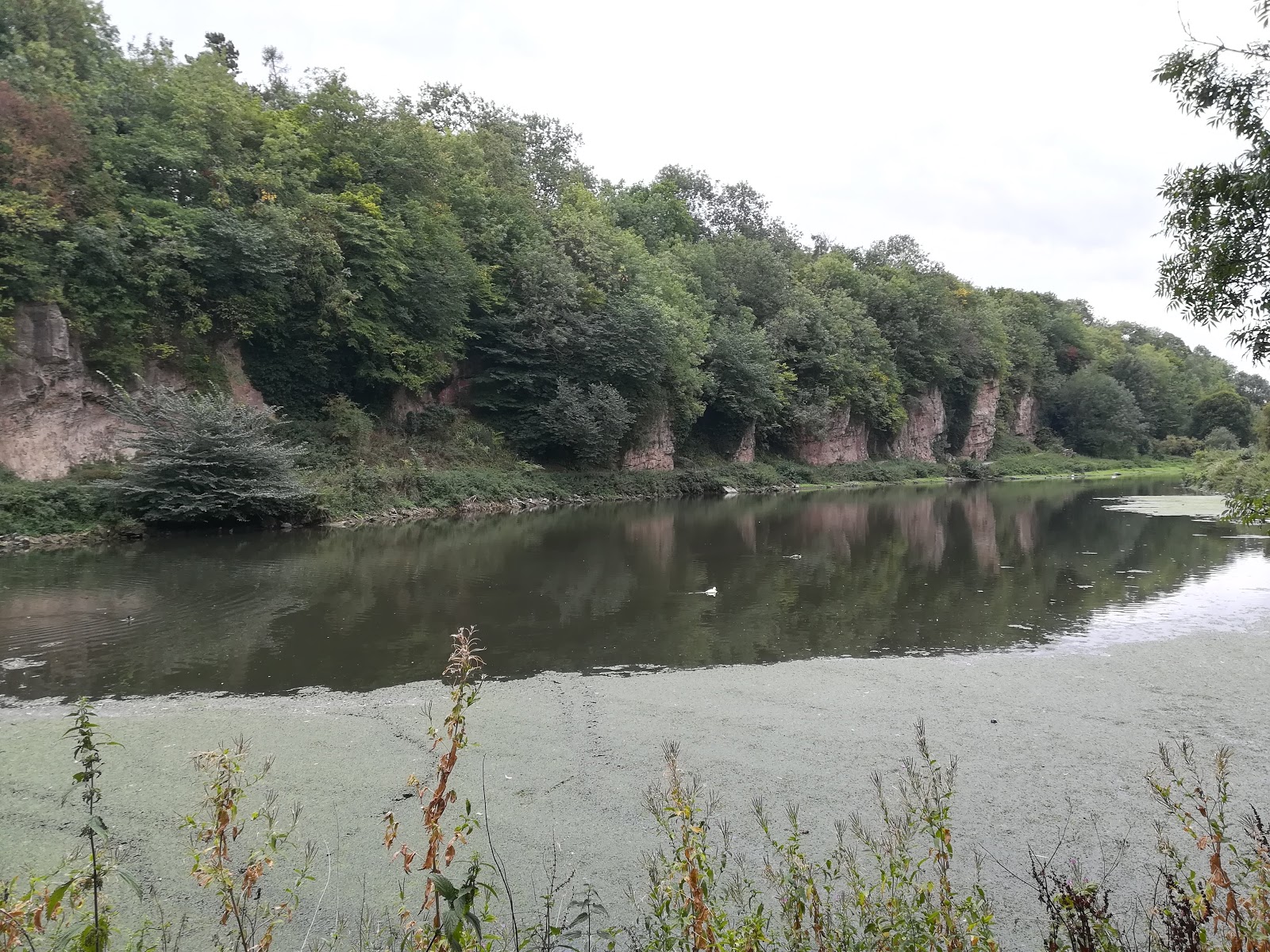 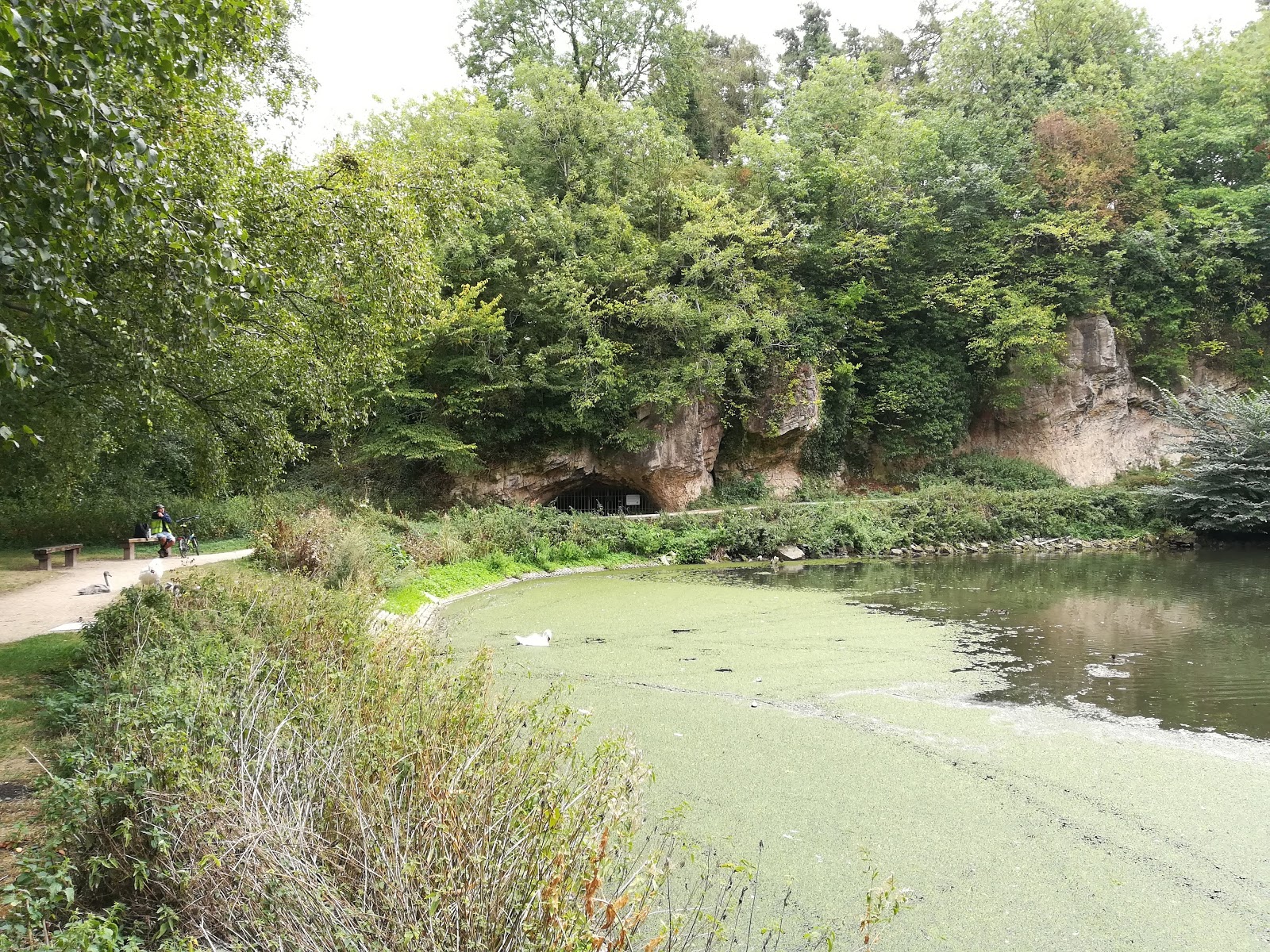 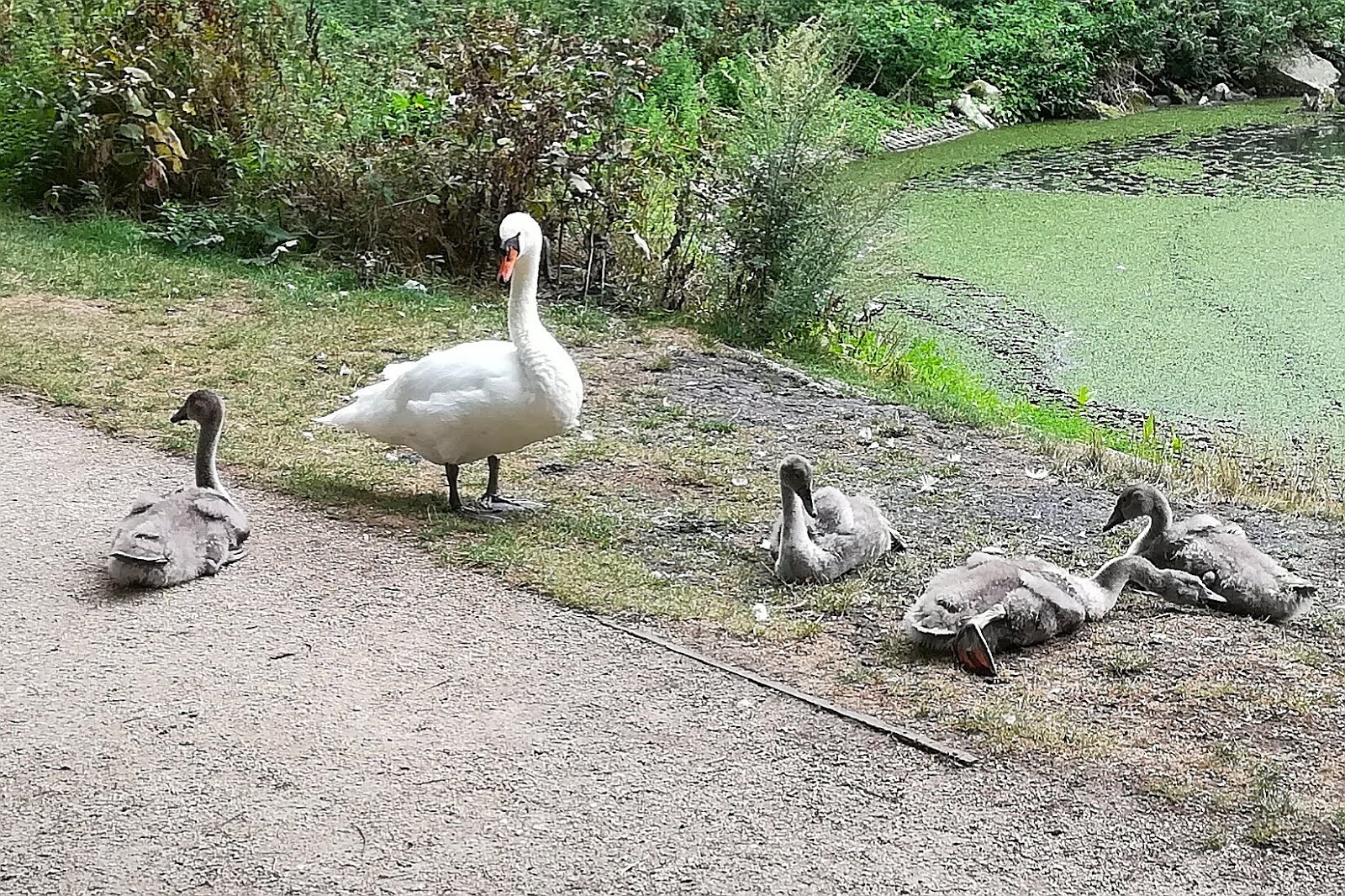 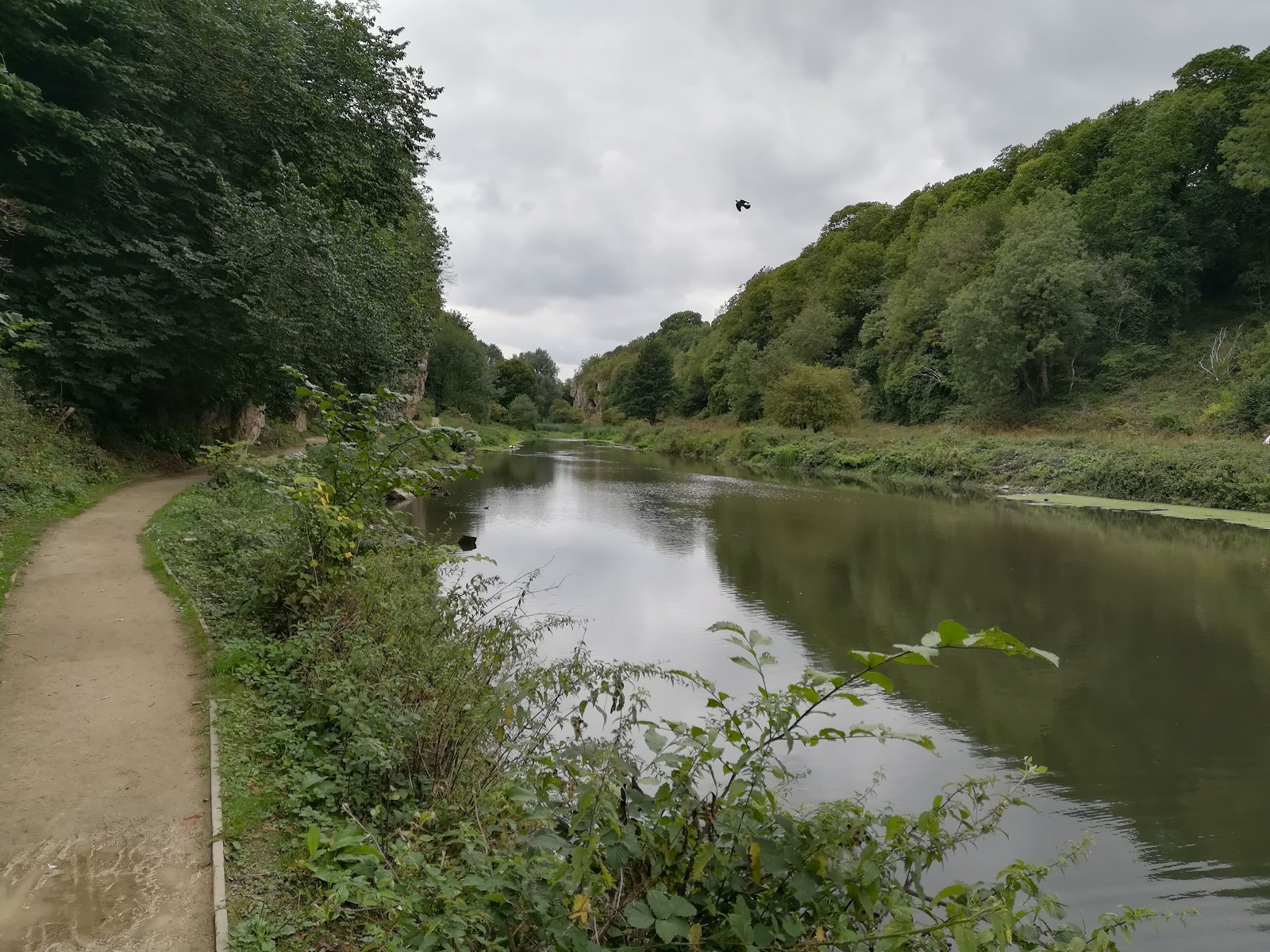 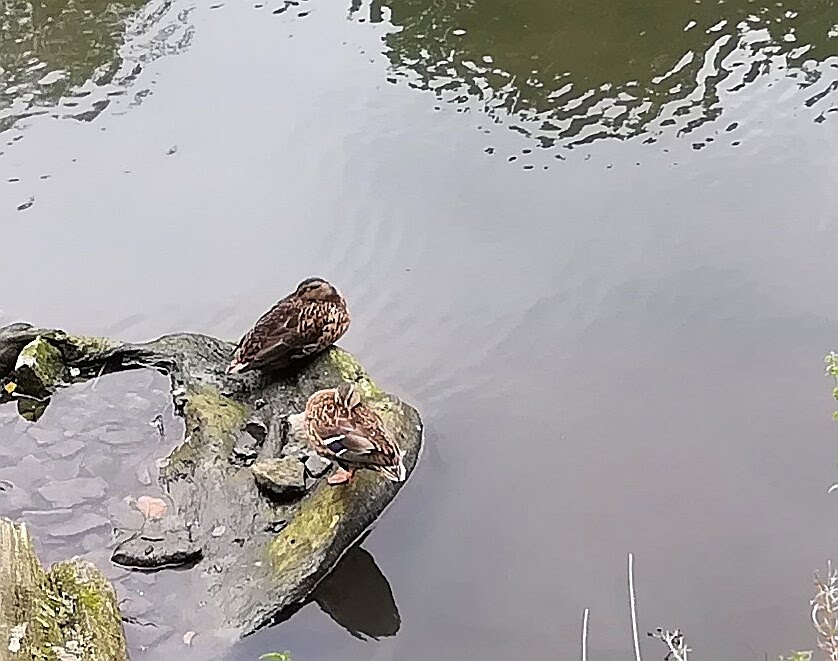 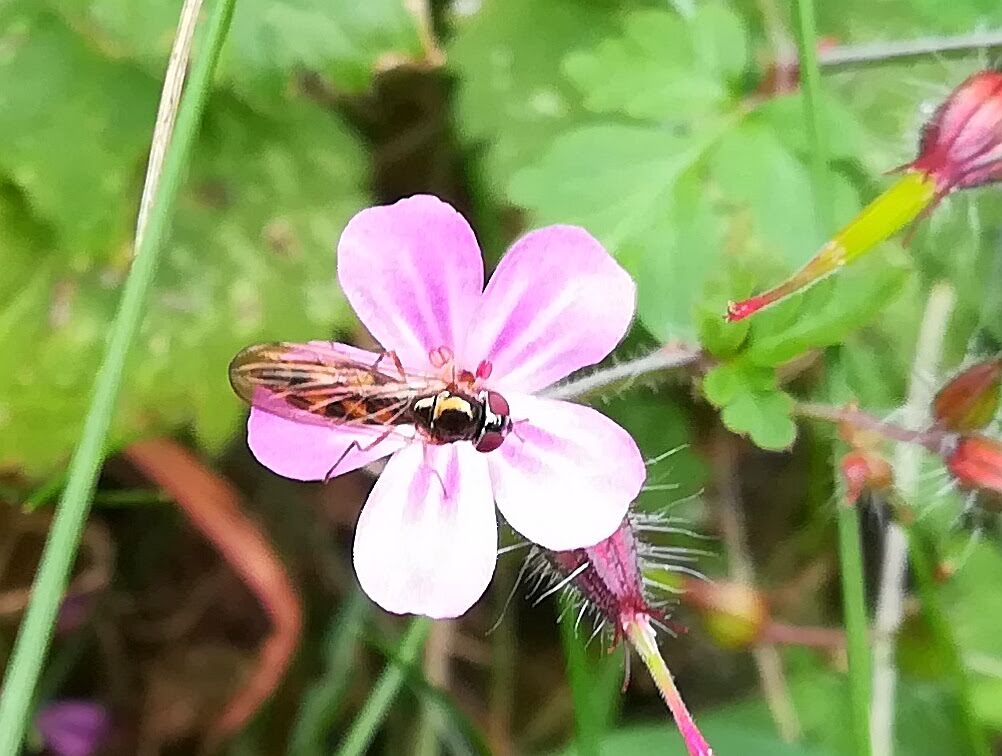 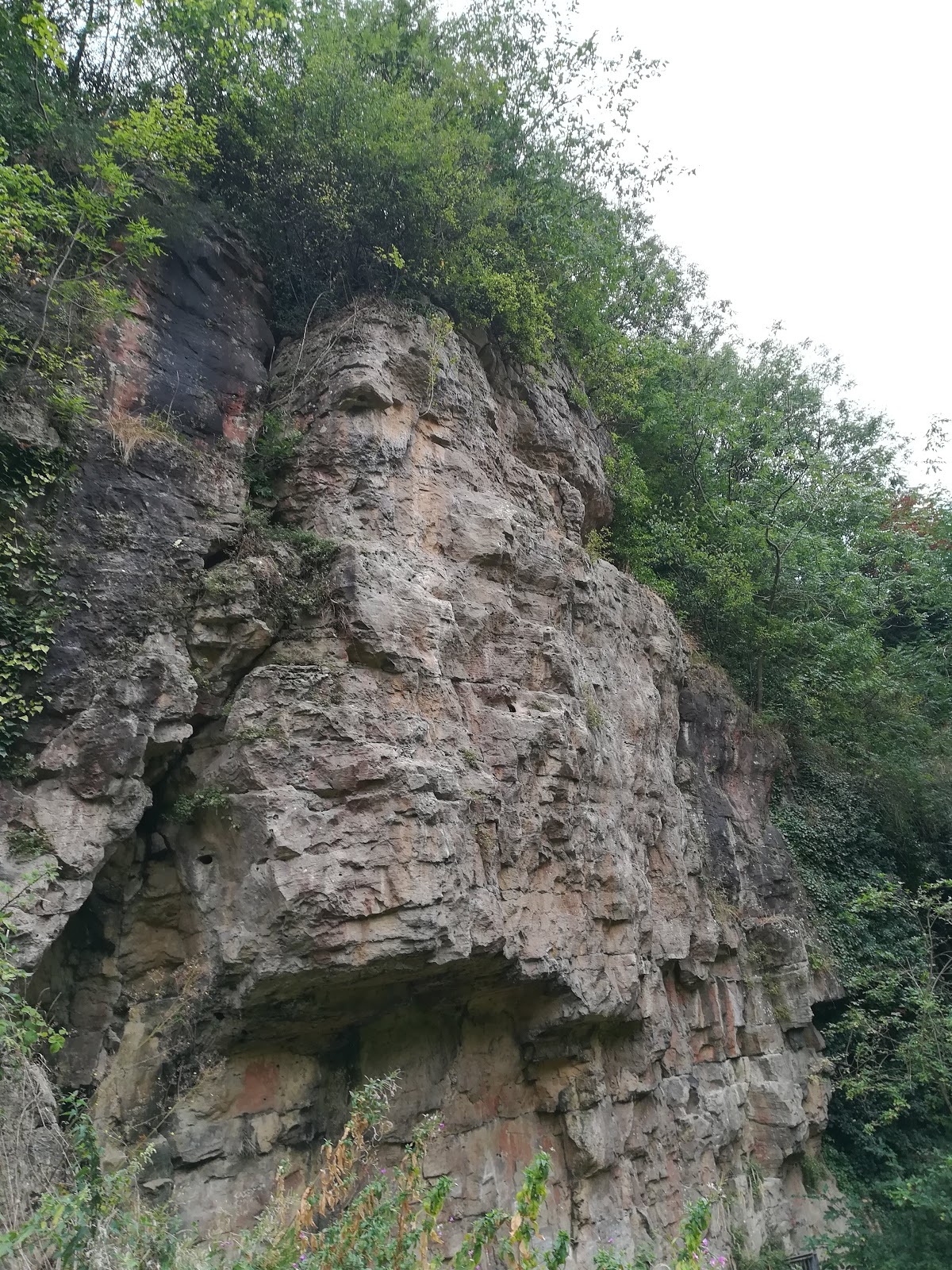 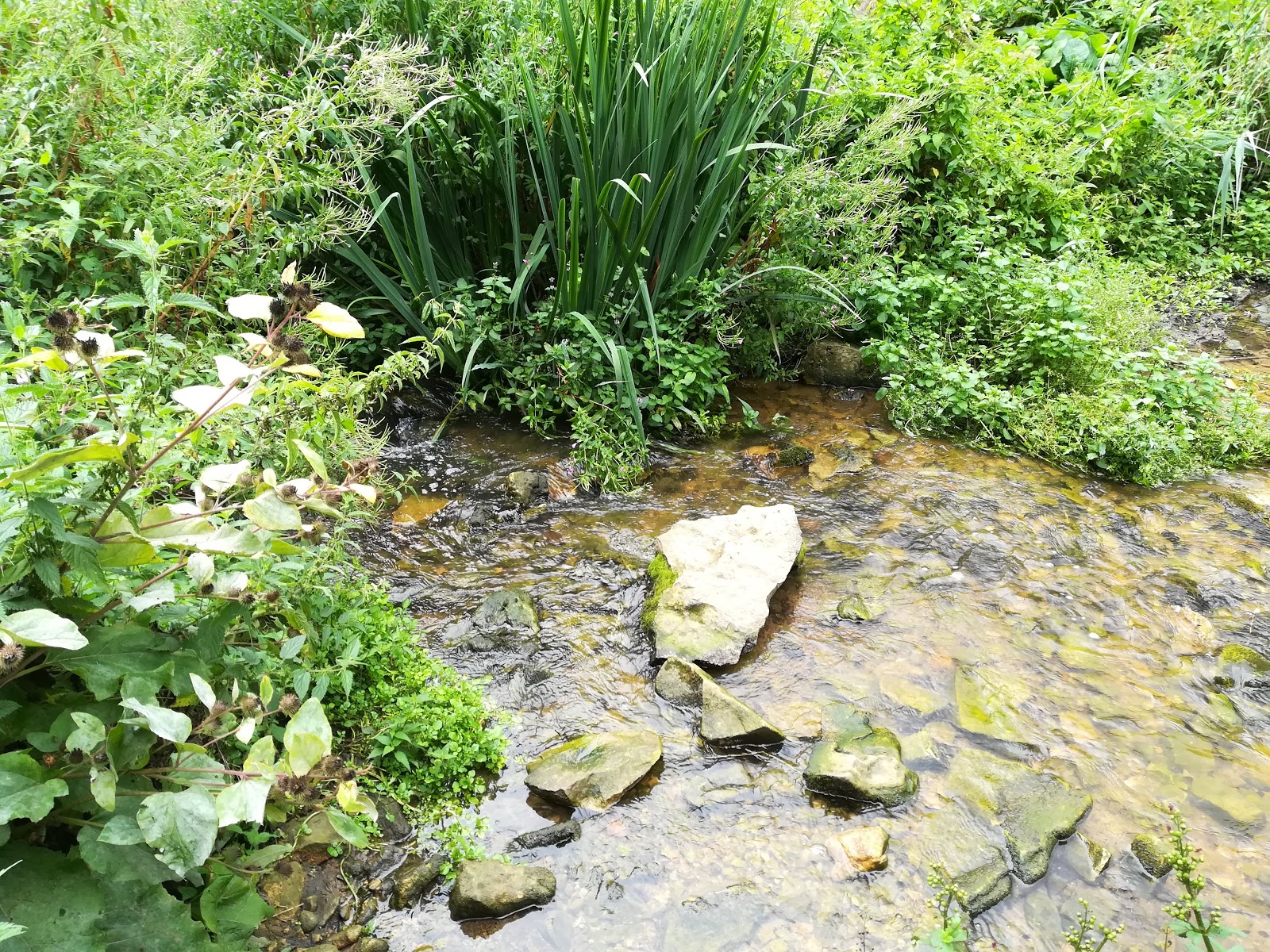 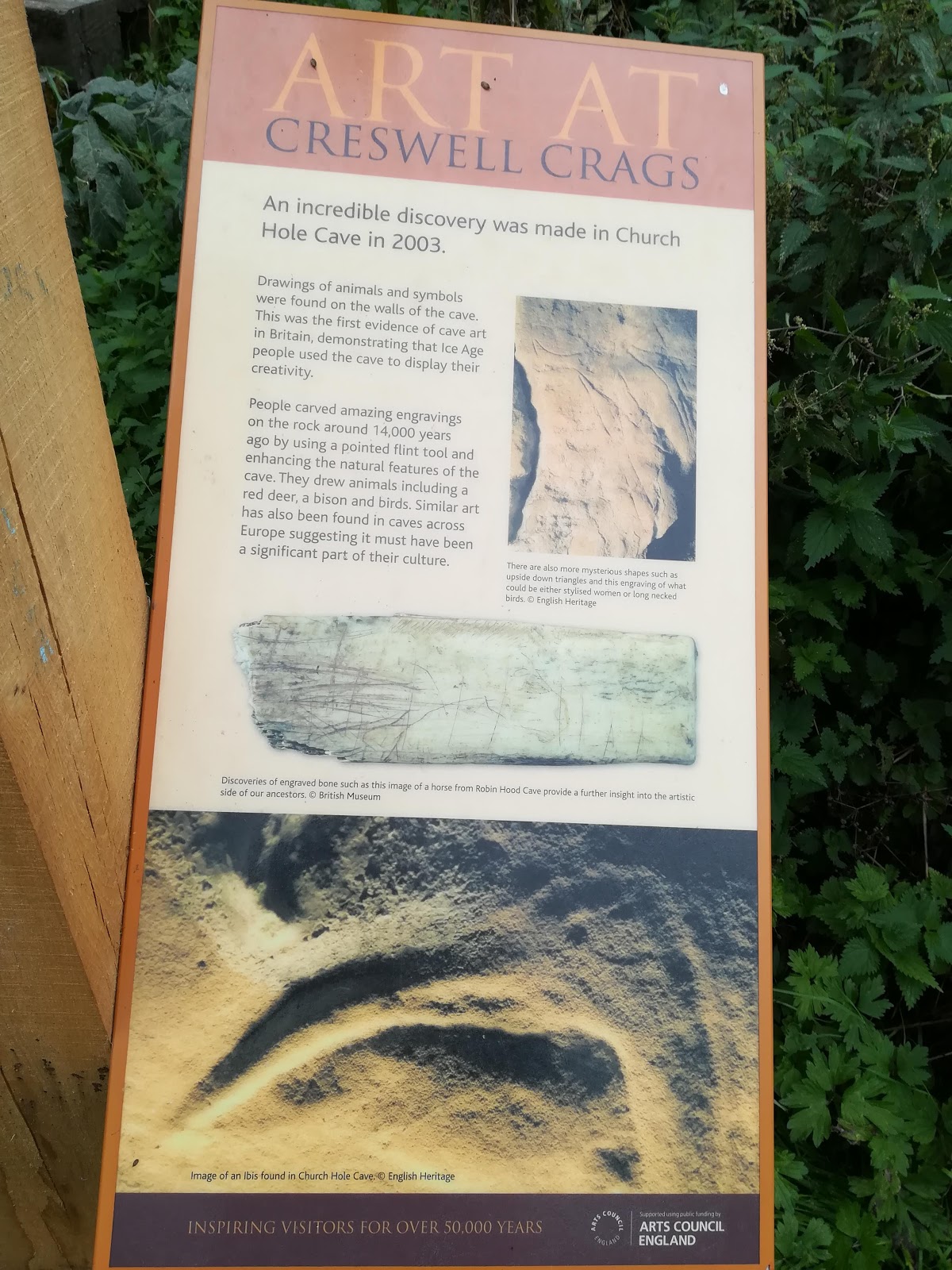 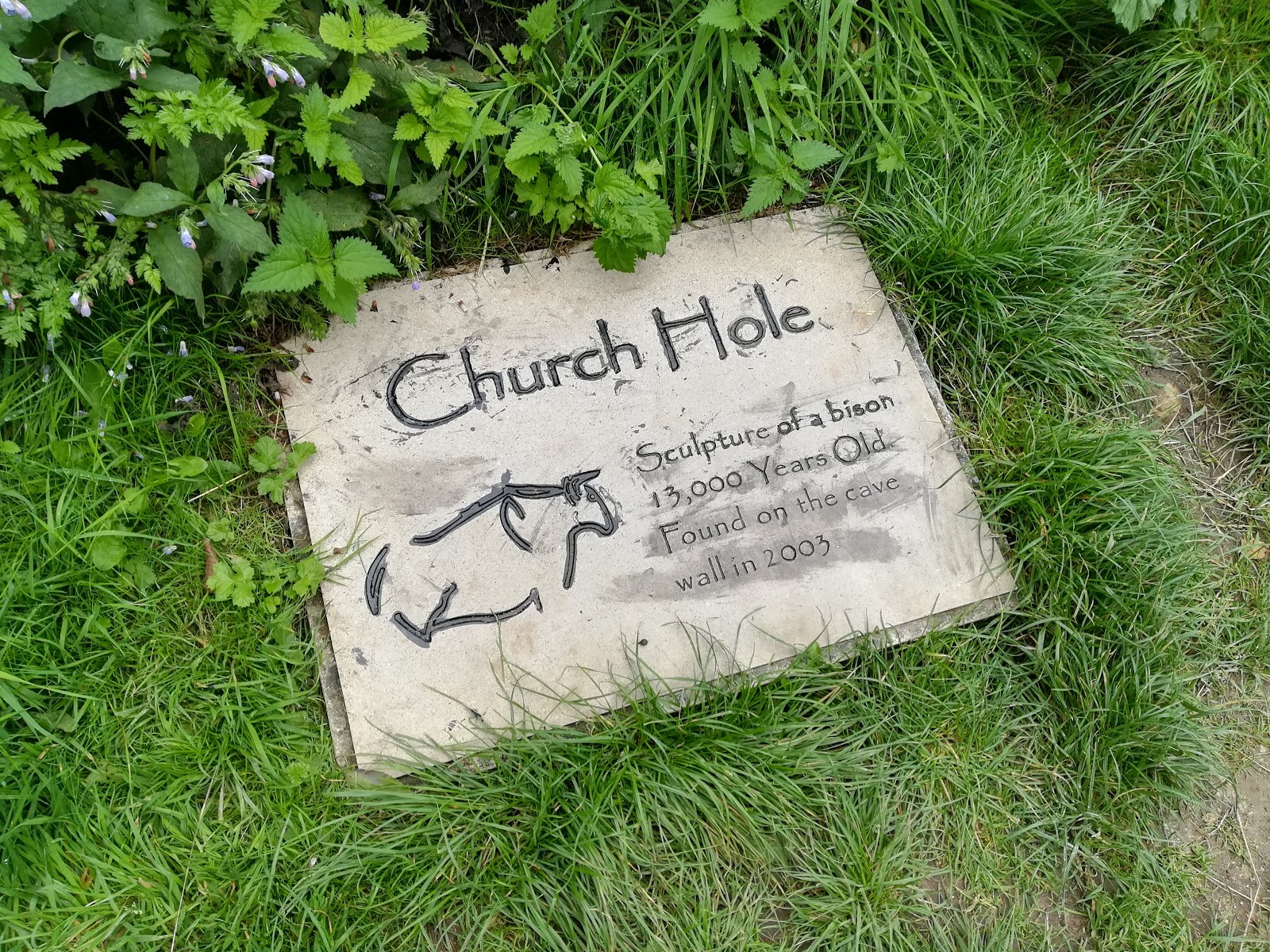 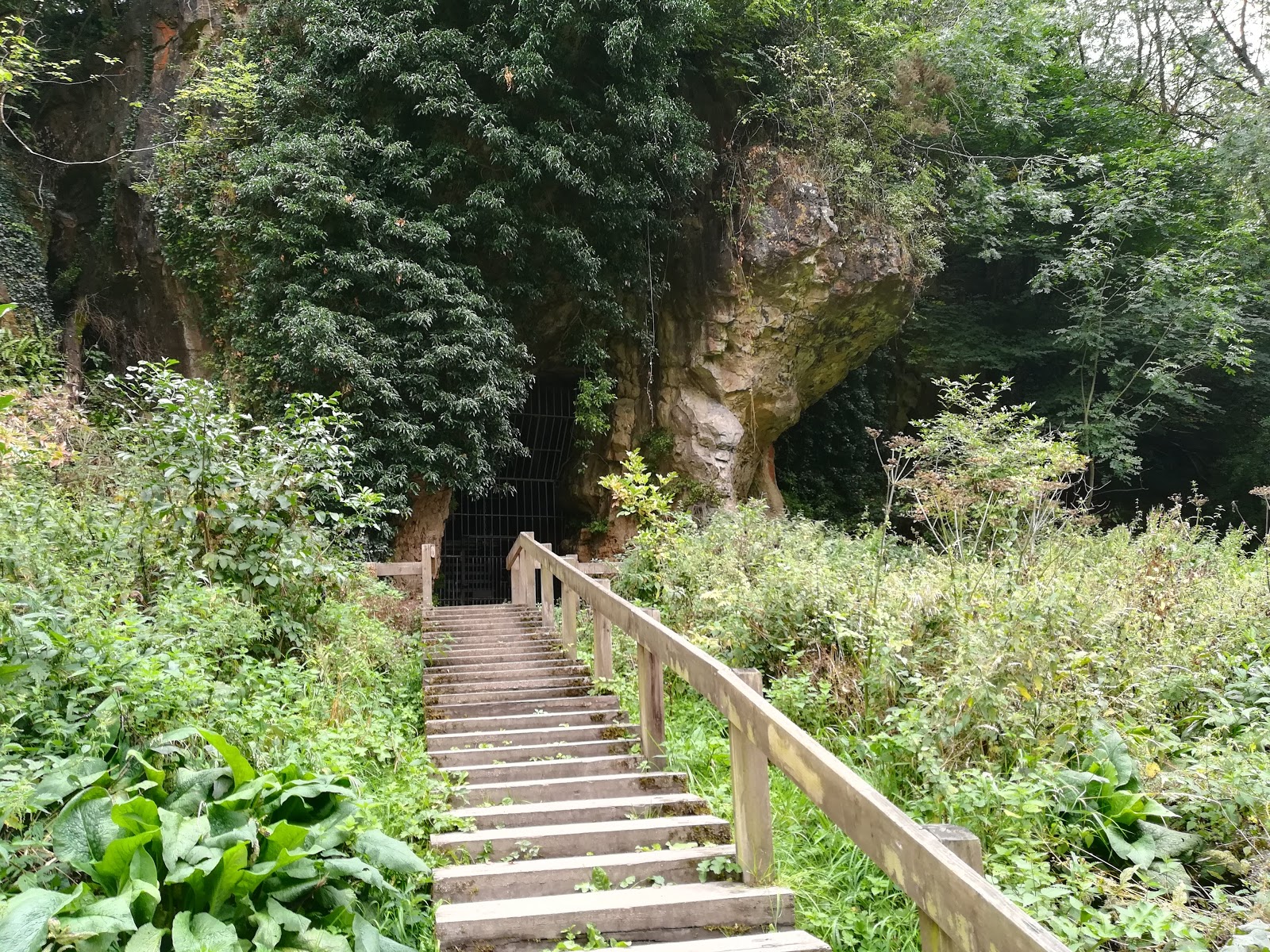 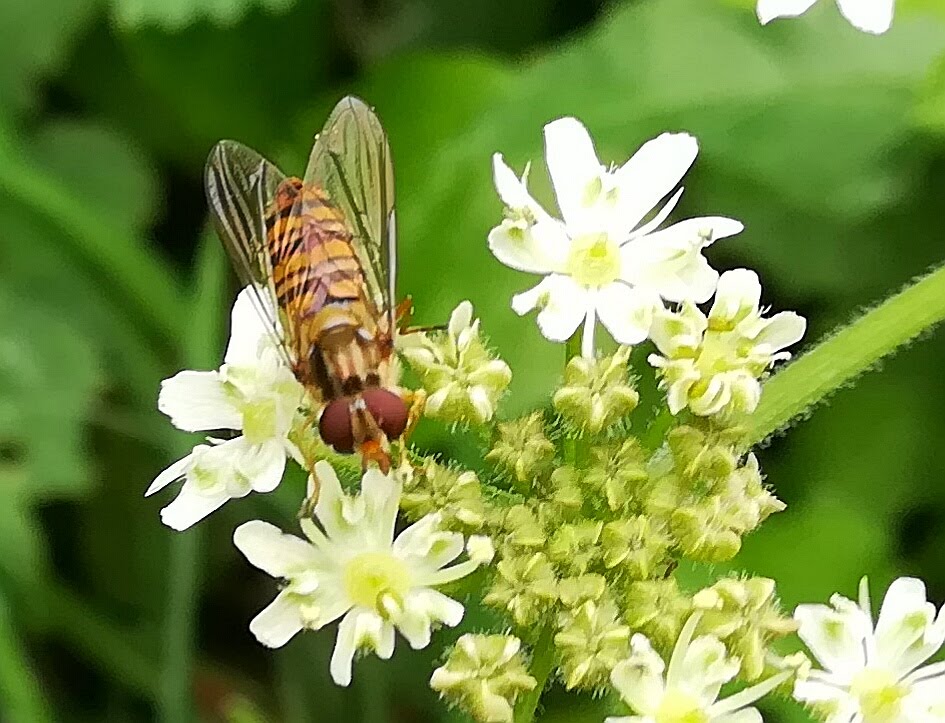 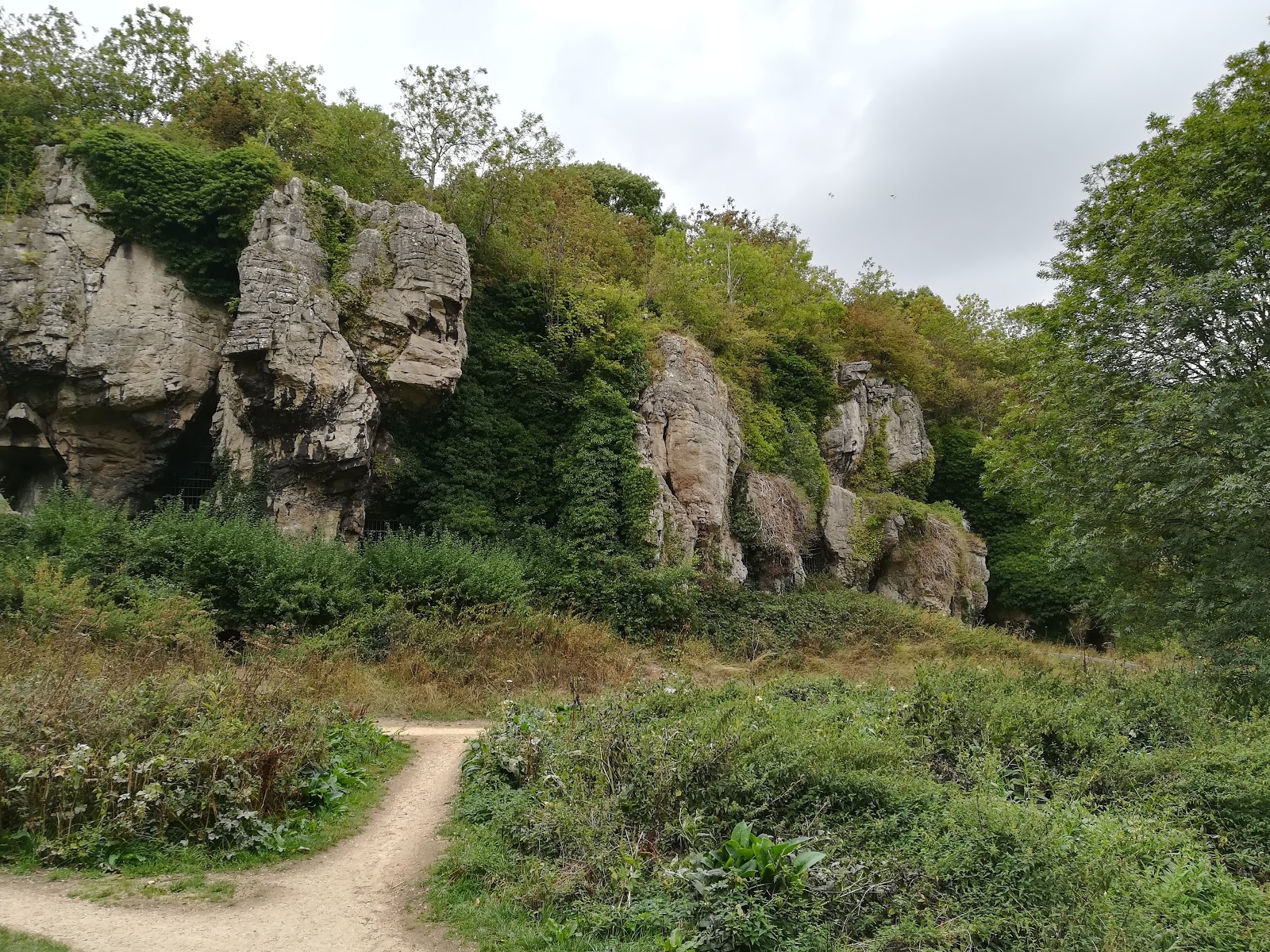 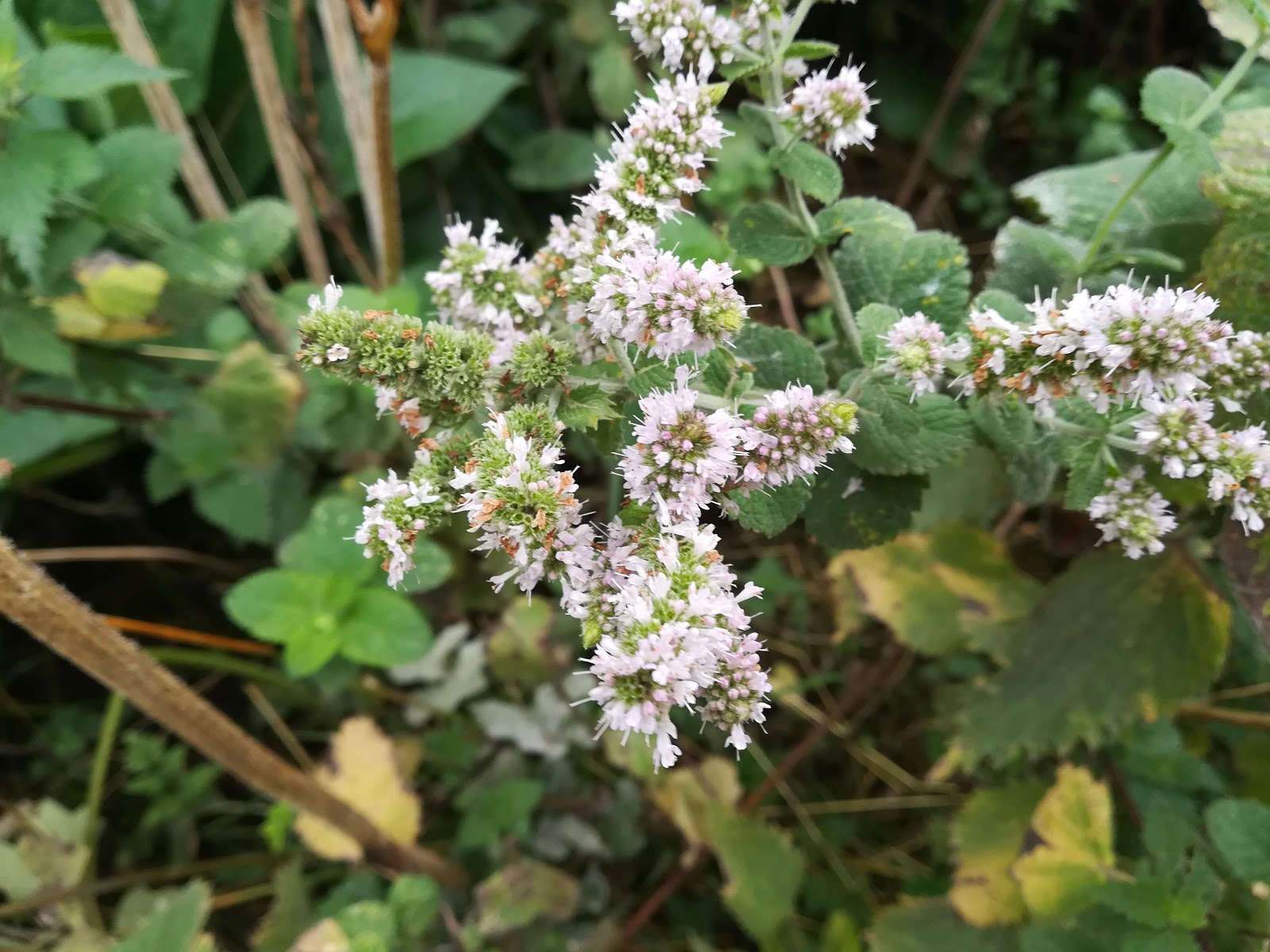 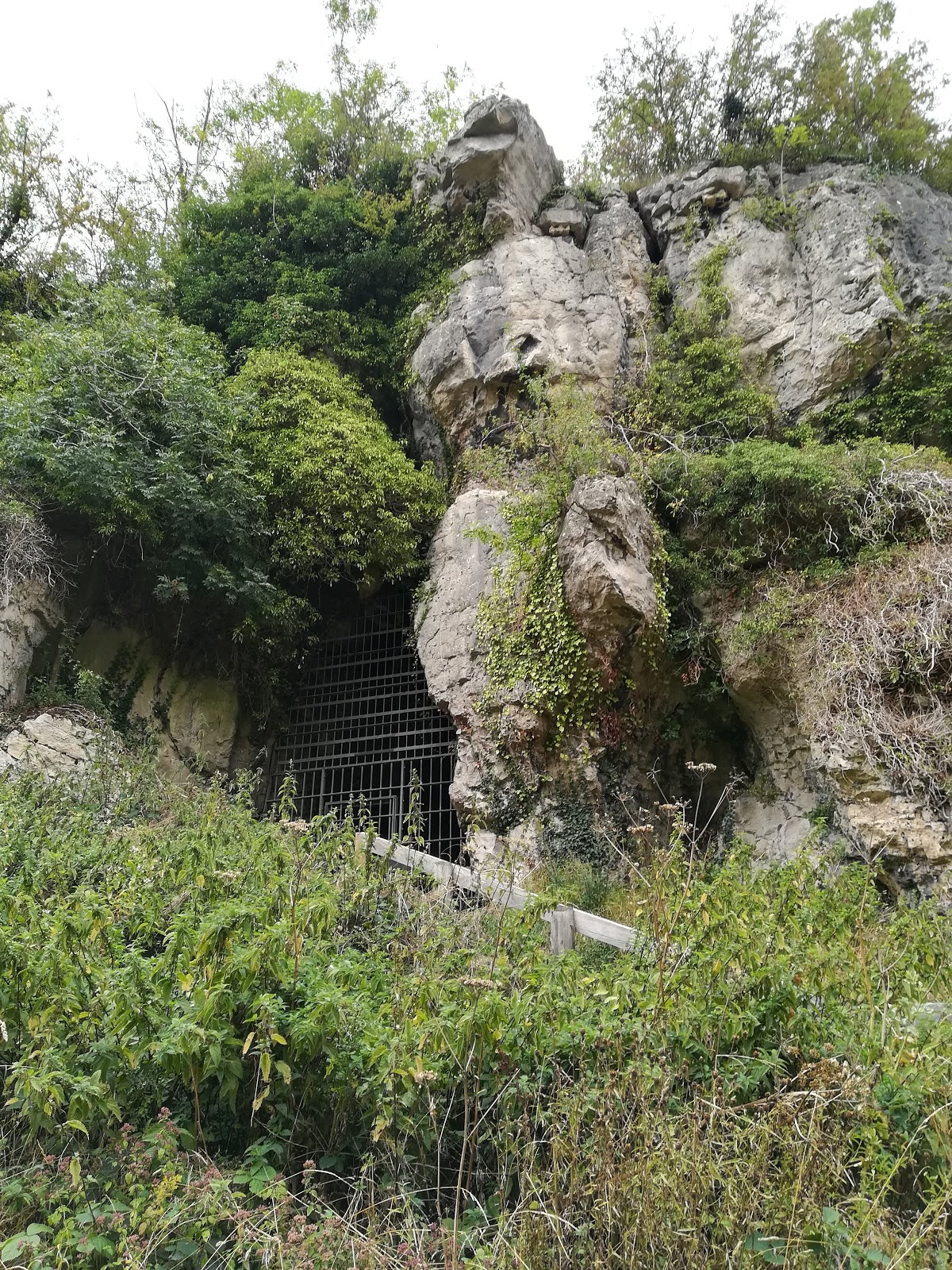 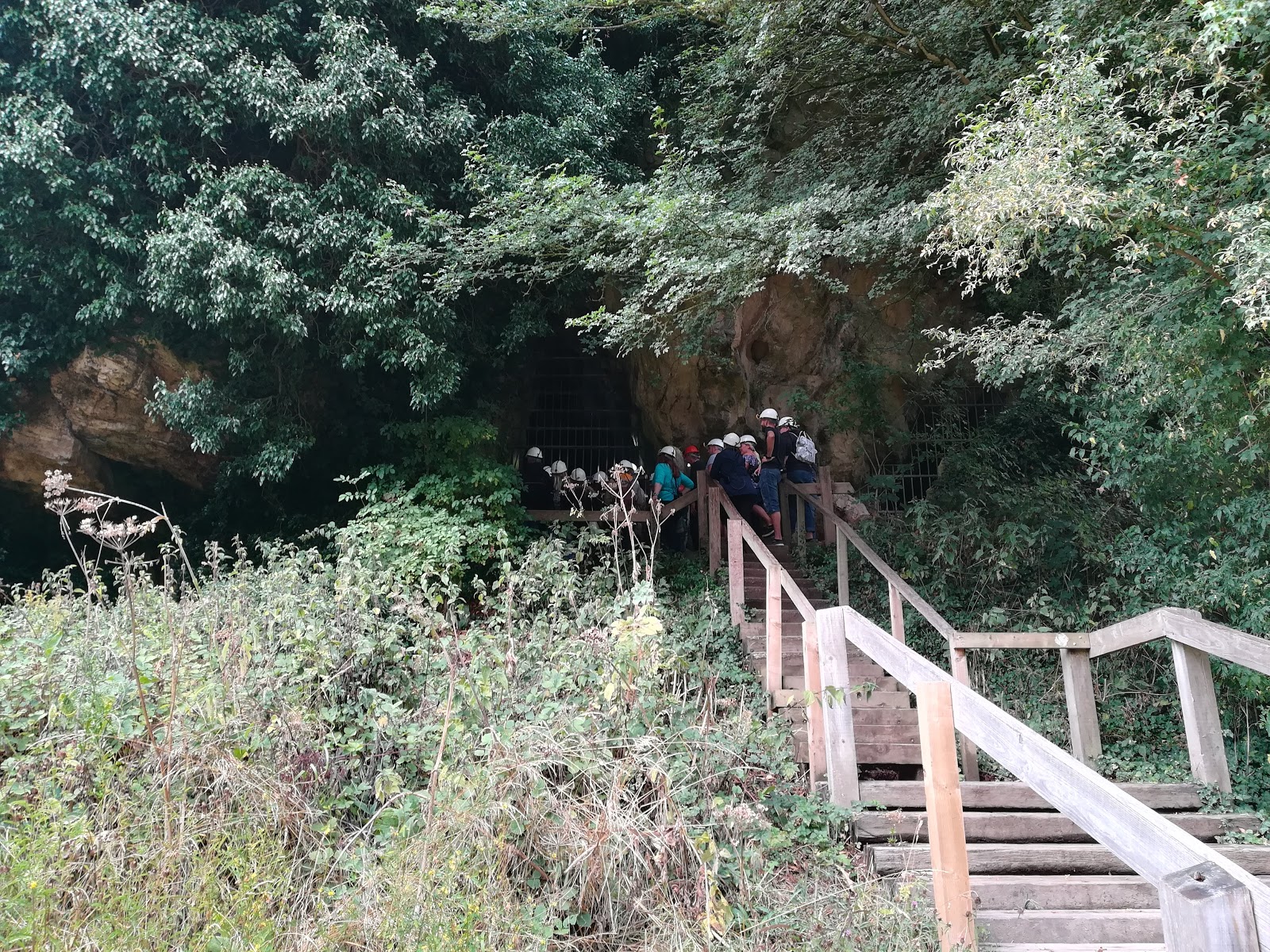 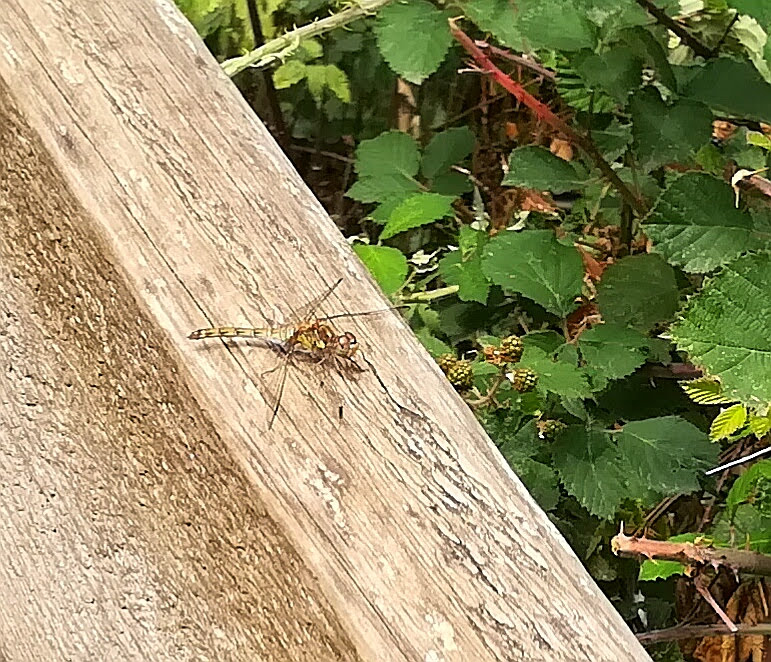 Posted by Simon Douglas Thompson at 14:05