The Buzzers think it is Spring!

Had a run out today on what felt like a cold spring day, only to find that the bright sun had caused all sorts of new life to appear. It was extremely pleasant, despite the low ambient temperature, and out in the cemetery a few crocuses had emerged to join the burgeoning snowdrops.

In the castle grounds, the crocuses are rather more advanced, orange flowers open to receive the sun, the castle walls in the background.

Plenty of gulls are out on the water, one or two with heads just starting to turn browner. I've not seen any whose heads have stayed dark all winter. There's usually one avian rebel.

However the big surprise was in Friary Gardens, where the winter aconite have now opened properly and formed delightful little carpets under the trees. This, and the sun, brought out some very unexpected flying objects that I'm not used to seeing outside this early in February.

There were several honey bees, and what I think were drone flies, feeding off the blooms. I've never seen any insects feeding off aconite before; they aren't normally out in time.

We've had a few mild nights, and a sudden injection of sun seems to have awoken them.

I was so pleased to see them, but I worry the expected cold snap might be a problem for them.

All text and images copyright CreamCrackeredNature 04.02.17 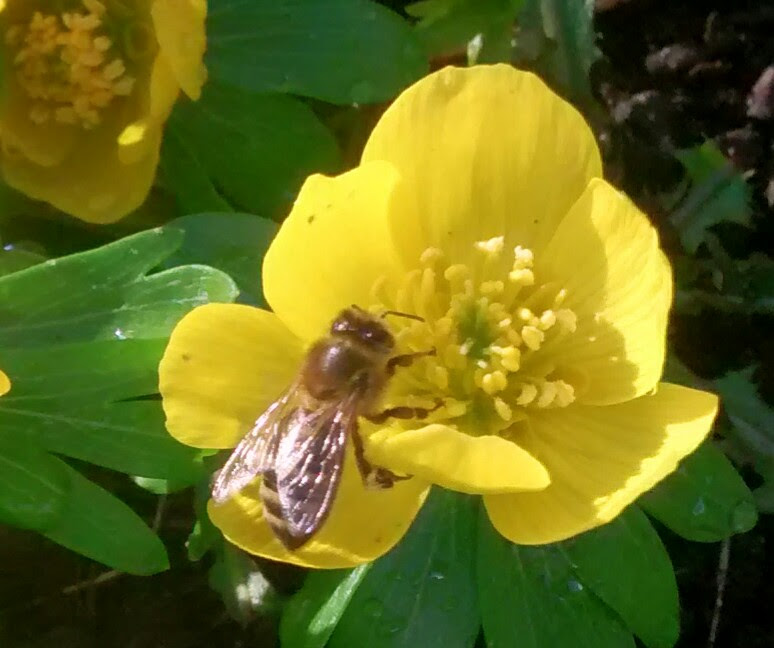 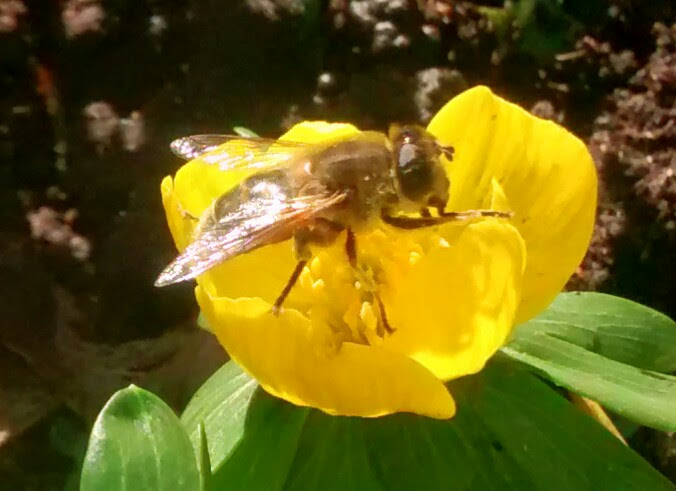 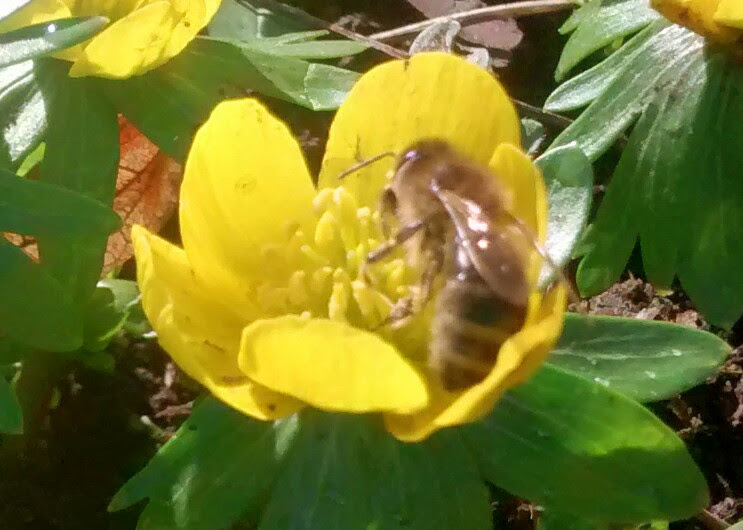 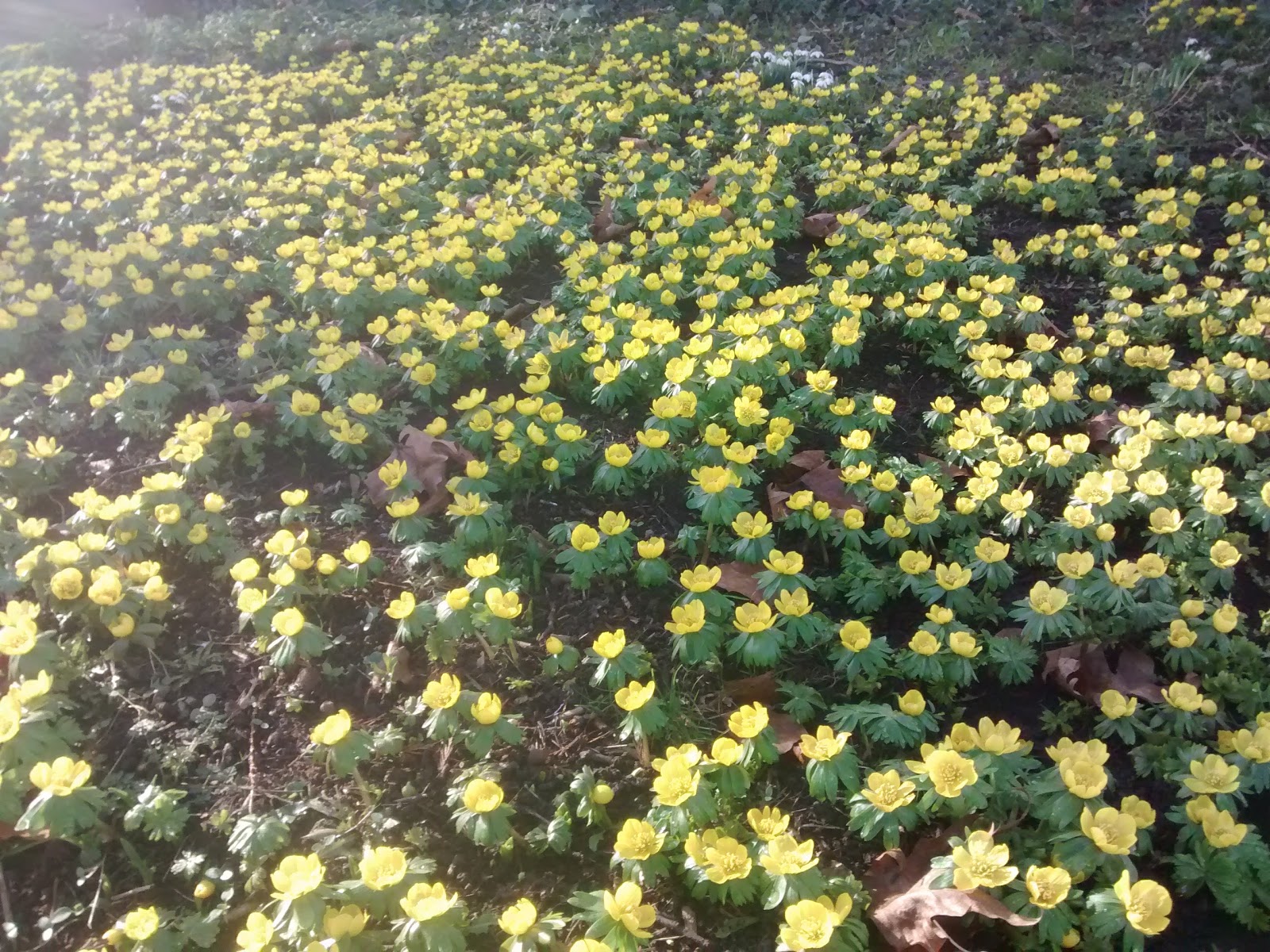