The dwarf irises have now appeared in their customary little row in the library gardens, there to greet the sun that made an appearance early morning, before hiding away again until it re-appeared in the late afternoon.

I love their yellow tongues, they almost look like a landing strip for bees. Not that there were any bees about today.

Today, I was able to get away with wearing a T-Shirt and a quilted shirt on top. My sister was sweltering in a vest top in London, where she had more sun than I did.

It meant, that as I spent a couple of hours walking around this afternoon, I found myself wondering if I would hear the song of a chiff chaff, or see a brimstone butterfly, but not that warm!

All text and images copyright CreamCrackeredNature 20.02.17 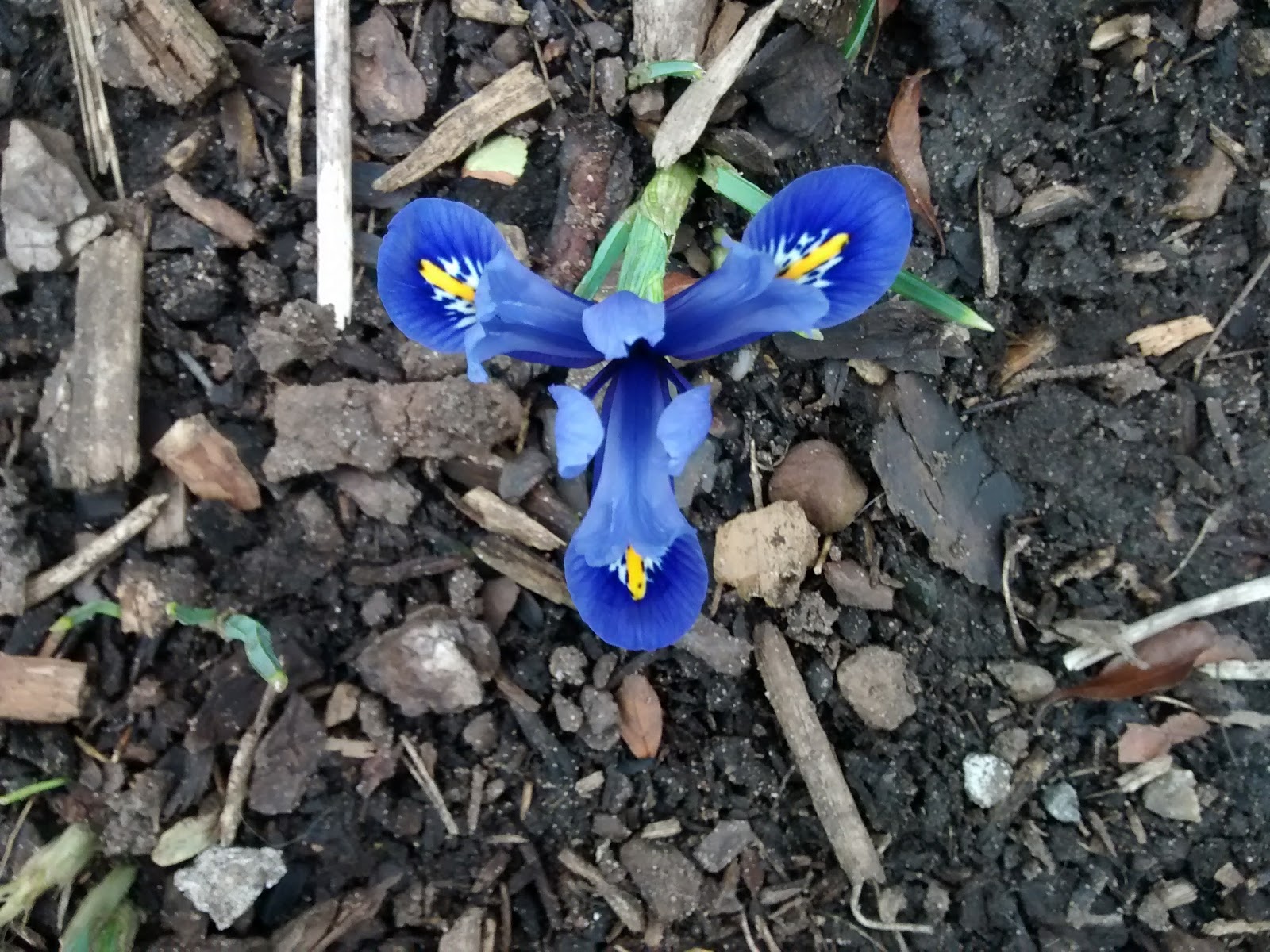 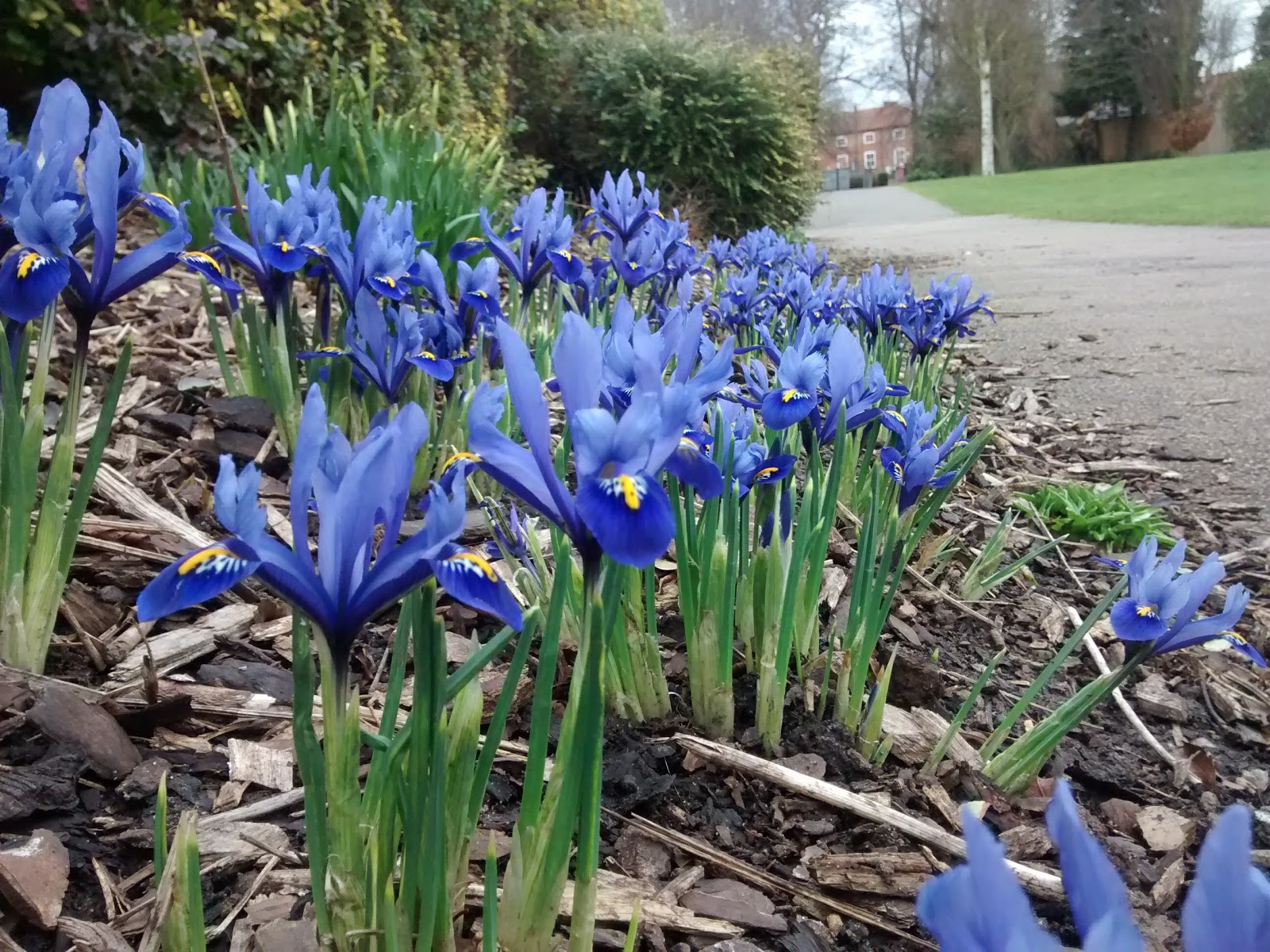 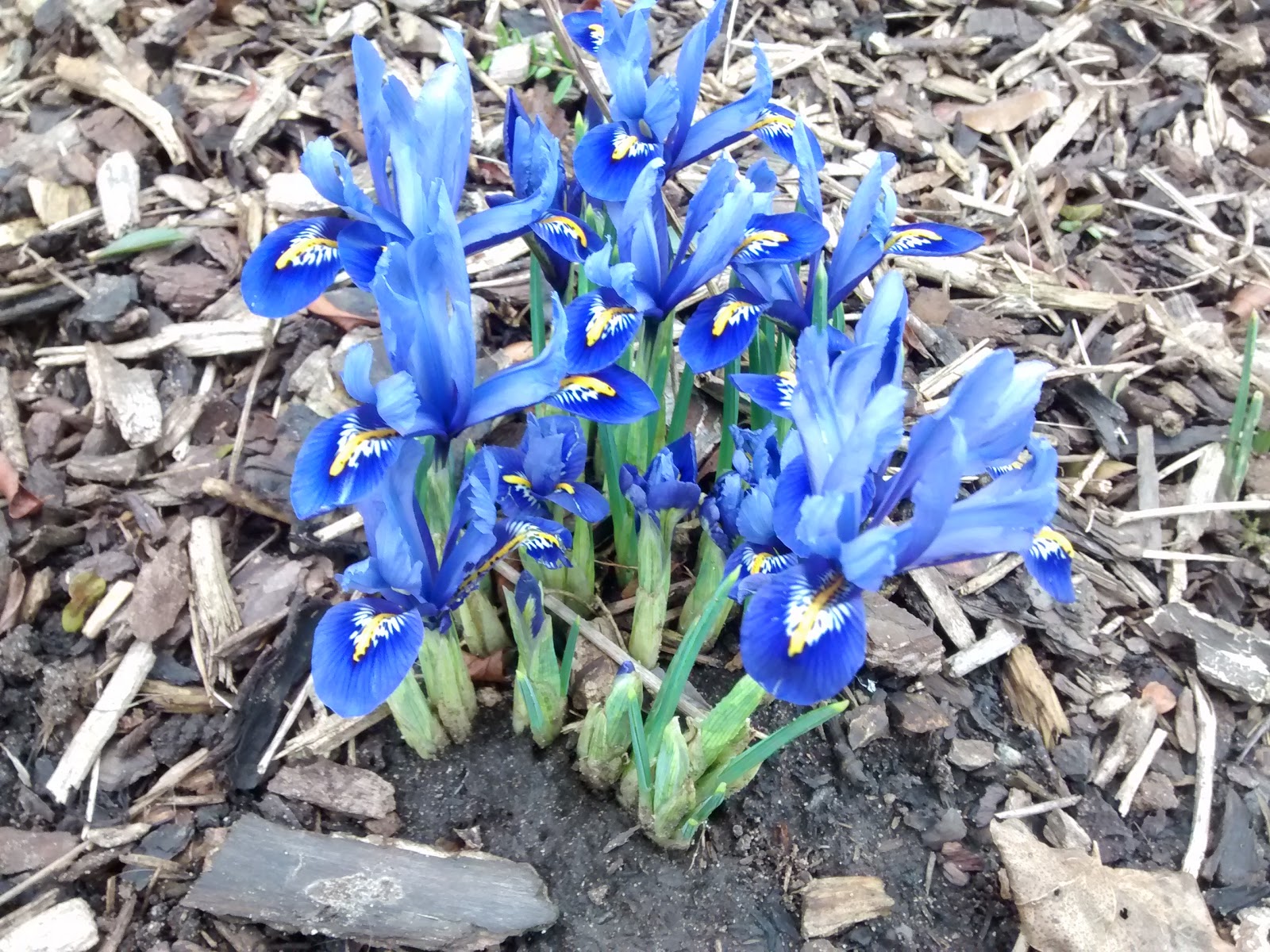 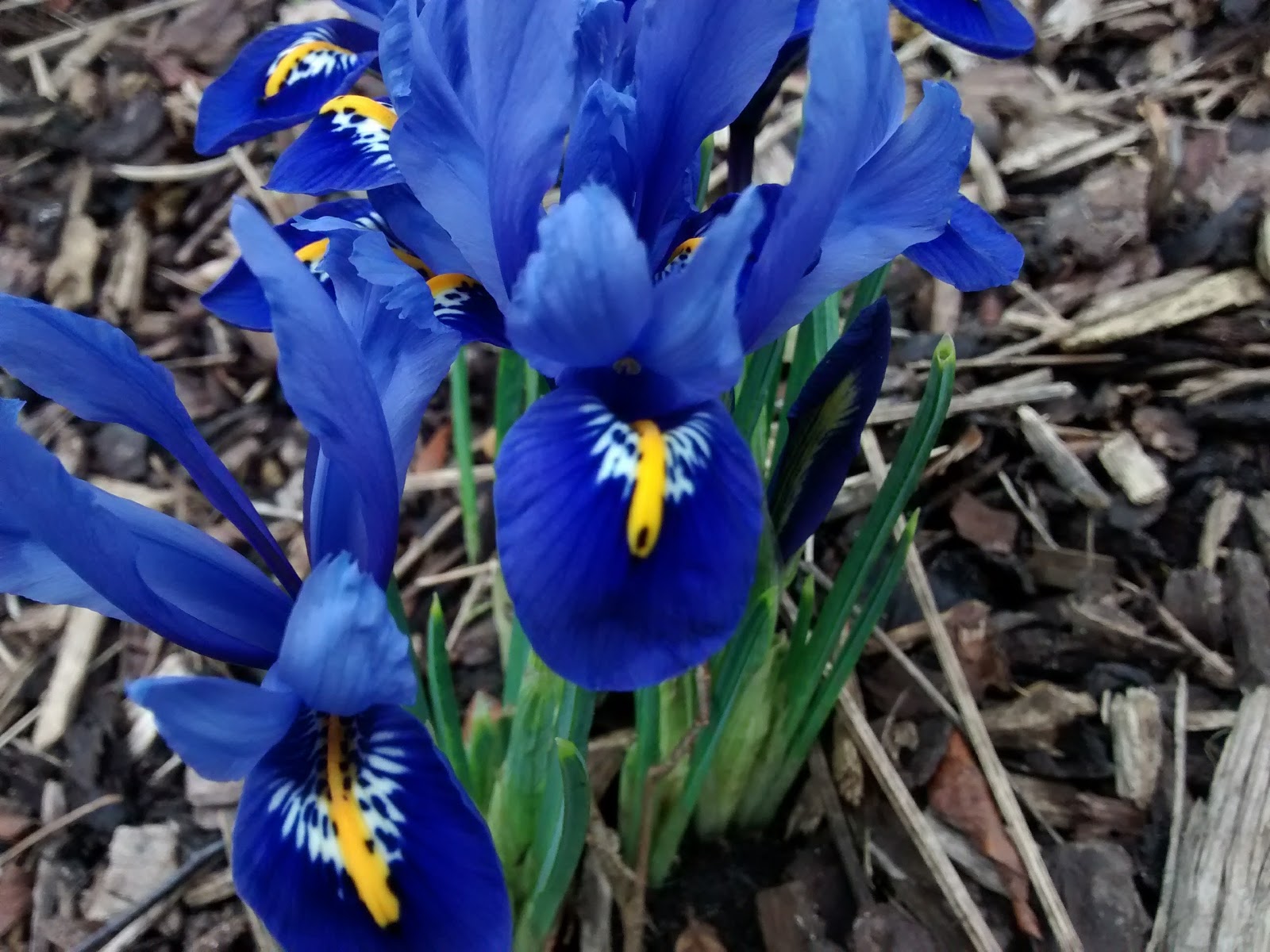 Posted by Simon Douglas Thompson at 13:21