The Walk that Became a Run

Lazy start today, very tired as ever when I finish my shift, especially when there was a lot of Children in Need running around going on - but at least the Radio Controlled Car racing I helped organising was awesome, despite not raising mega money.

So yep, my big long run was immediately cancelled as soon as I woke up too late, which seemed irrelevant in any case as I had the knitting needle pain of sciatica in the right side of my lower back, with the needles and pins down my right leg.

So, after a nice morning doing some economic and sensible shopping for a change, I went home fully intending to have a walk and a sketch when I went out; indeed I dressed sensibly and headed out to mooch over the Grange Road fields, and perhaps do a distant sketch of Hawton Church across the fields. But as I started walking, I found this to be far too slow, and started to jog a little way before walking again, running, then walking, then running all the time.

My first stop was to have a chat with this friendly, if yowly, three legged cat. 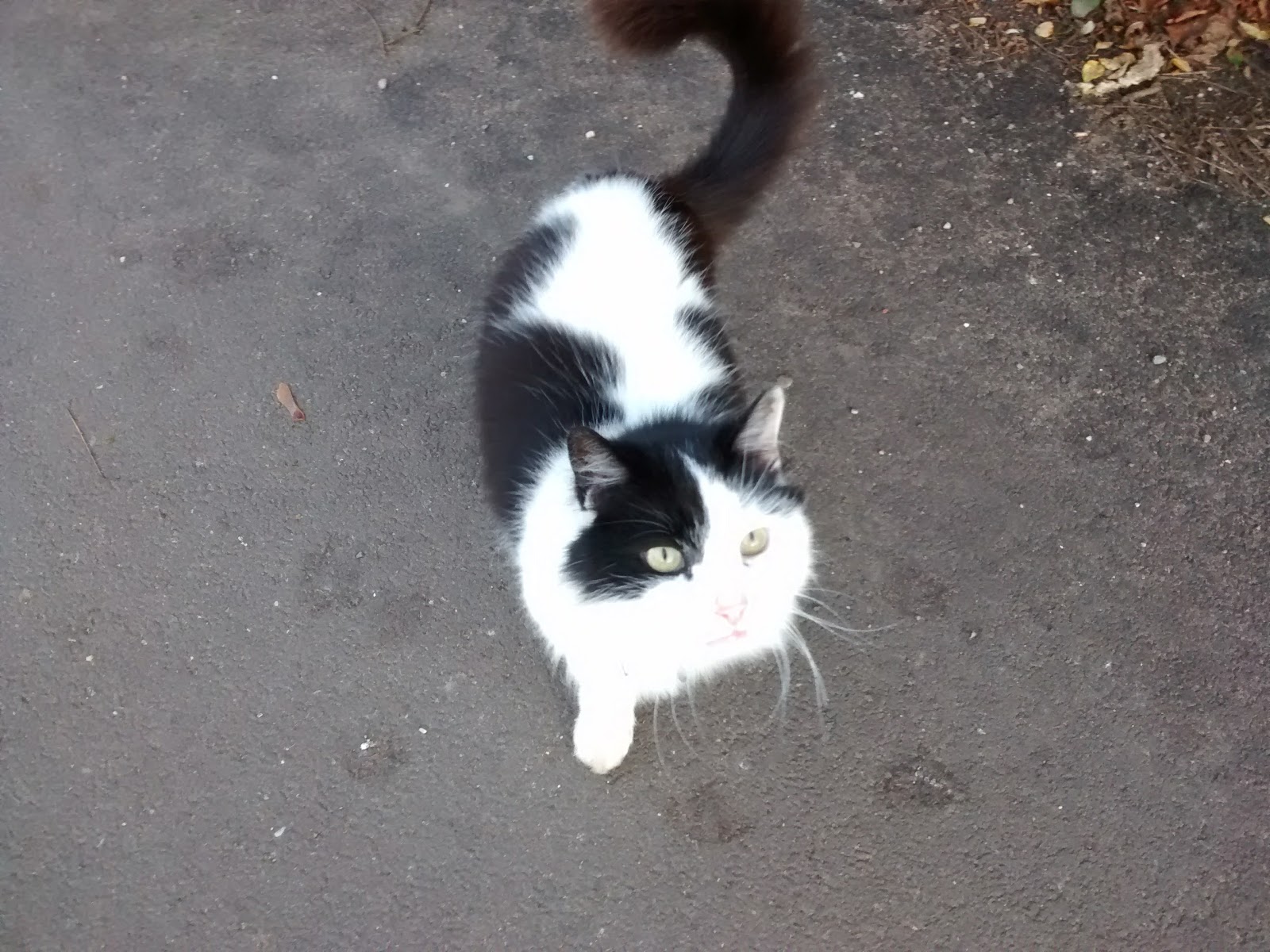 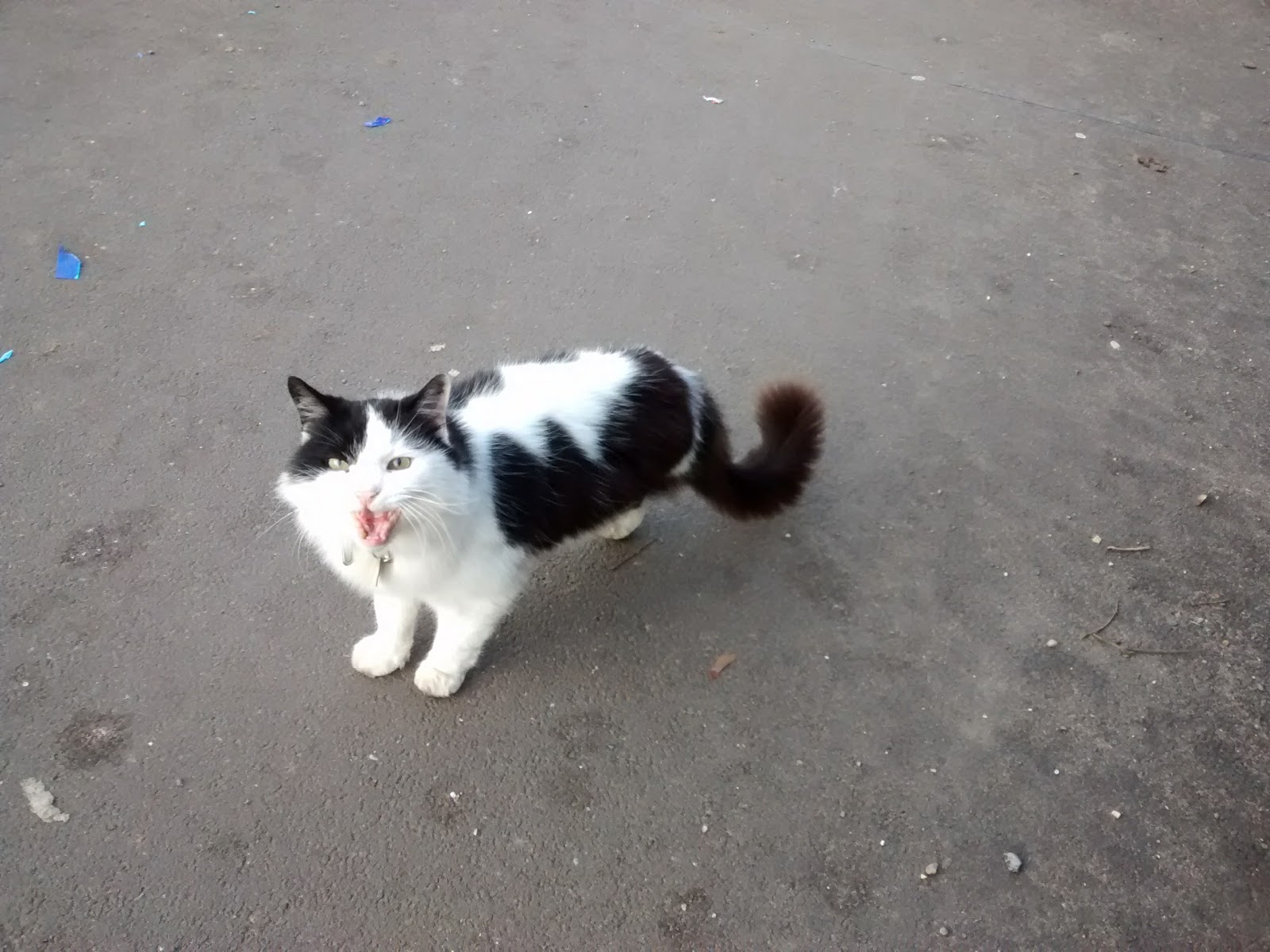 Could do with losing a little weight, this kitty was rather struggling a leg down!

So, leaving the cat behind, I crossed the fields behind Grange Road, and eventually came to the bench on which I was going to sit and sketch this view. 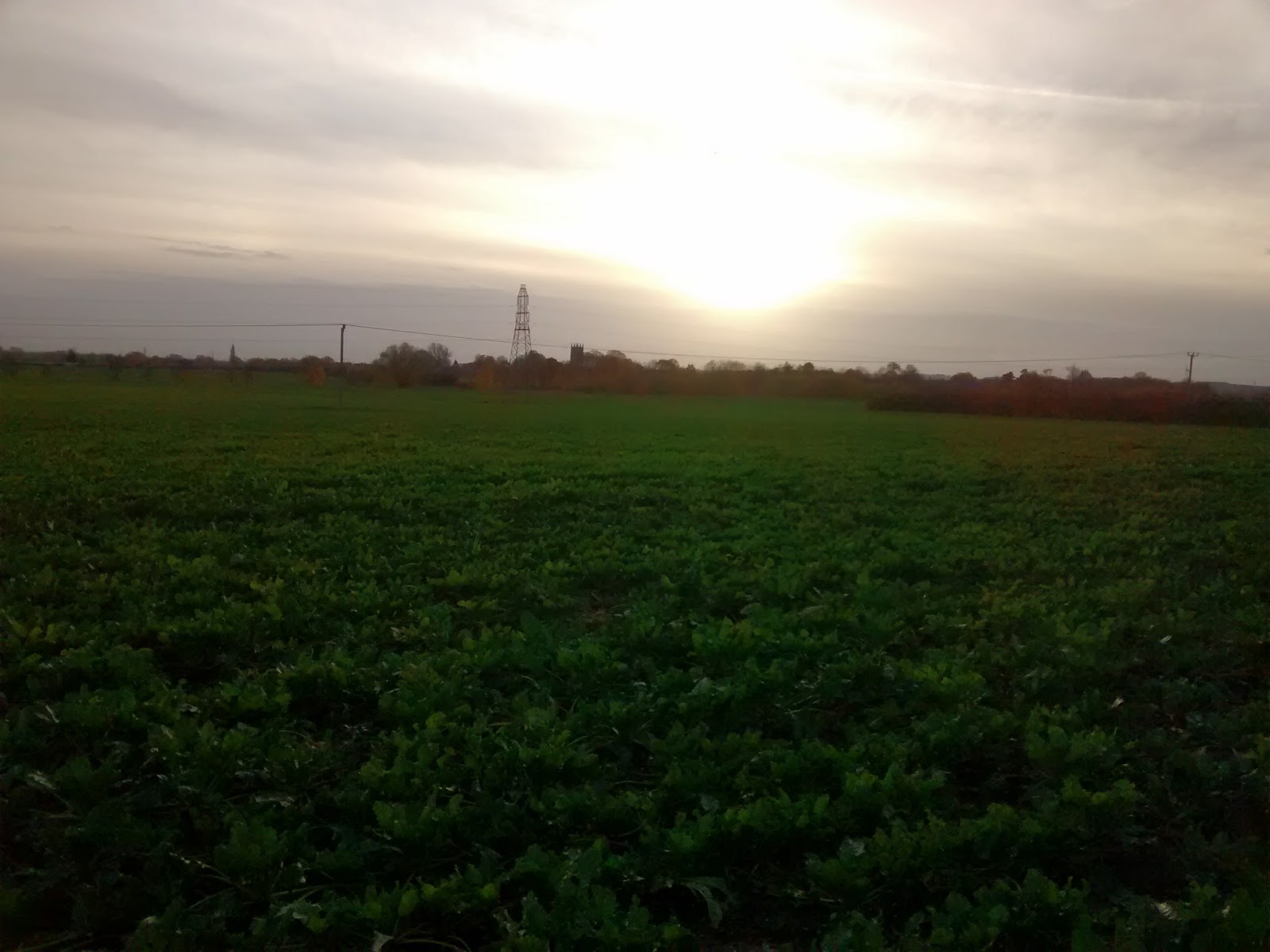 But I then realised by the time I was done, it would be dark, so postponed the high art for another day, and headed on, until I reached Sconce Park. I'd heard a chain-saw artist had been at work there, and found the charming fruit of his labours the moment I went in. 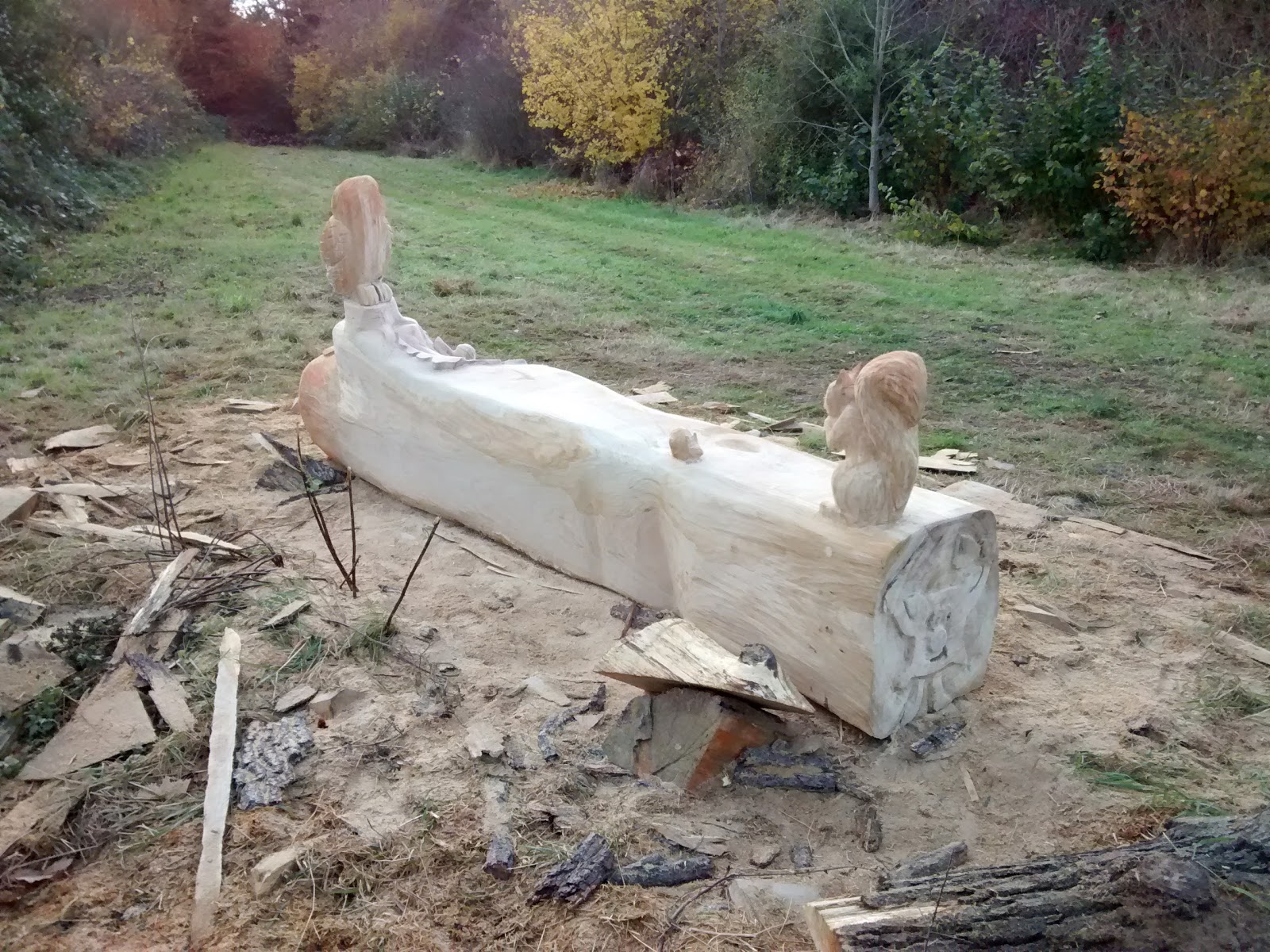 Isn't it great! It's going to be a bench, although I would advise against sitting on that hedgehog.

Only a kilometre to go until I reached Rumbles, and decided to have a cup of tea, enjoying sitting outside in the chill. 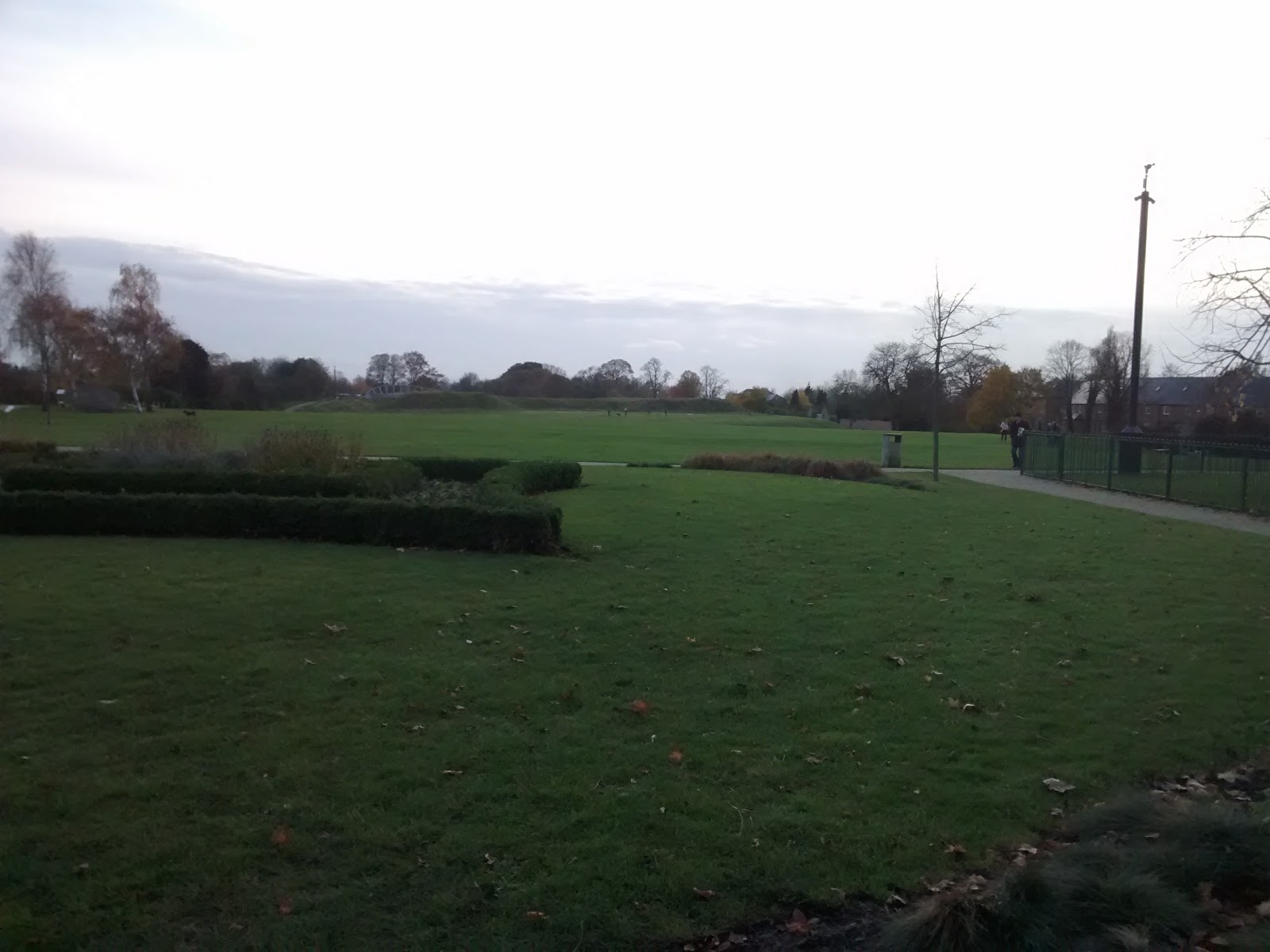 All text and images copyright CreamCrackeredNature 19.11.16

Posted by Simon Douglas Thompson at 14:56