The Bender in the Wood

Very long term readers may recall me writing about a guy who was camping out in the copse that lay near the British Gypsum site at the edge of town off the cycle path; he had a dome tent, a fire, a sort of lean-to comprised of sticks and a campfire.

What he also had were trees festooned with empty cans of Lech and Tyskie, the Polish beers of choice. The police moved him on in the end.

Well I was running along the cycle path, as you saw, on Sunday, an came across evidence of another impromptu living arragement about 50 metres along from the original encampment. There was a ground sheet, a bit more evidence of fires, various bits of kitchen stuff fly tipped around, and this time the trees were bearing Stella Artois fruit, indicating a different nationality of inhabitant.

The centrepiece was a so called bender, an impromptu shelter made out of black plastic sheeting with a couple of plastic chairs sat underneath it. I didn't at all look a comfortable place to live by any stretch of the imagination, heaven knows what drives folk to live out here.

It is commonplace in cities, where EU workers finding themselves out of work choose to live rough, but you wouldn't expect it here.

There's plenty of work too.

All text and images copyright CreamCrackeredNature 29.11.16 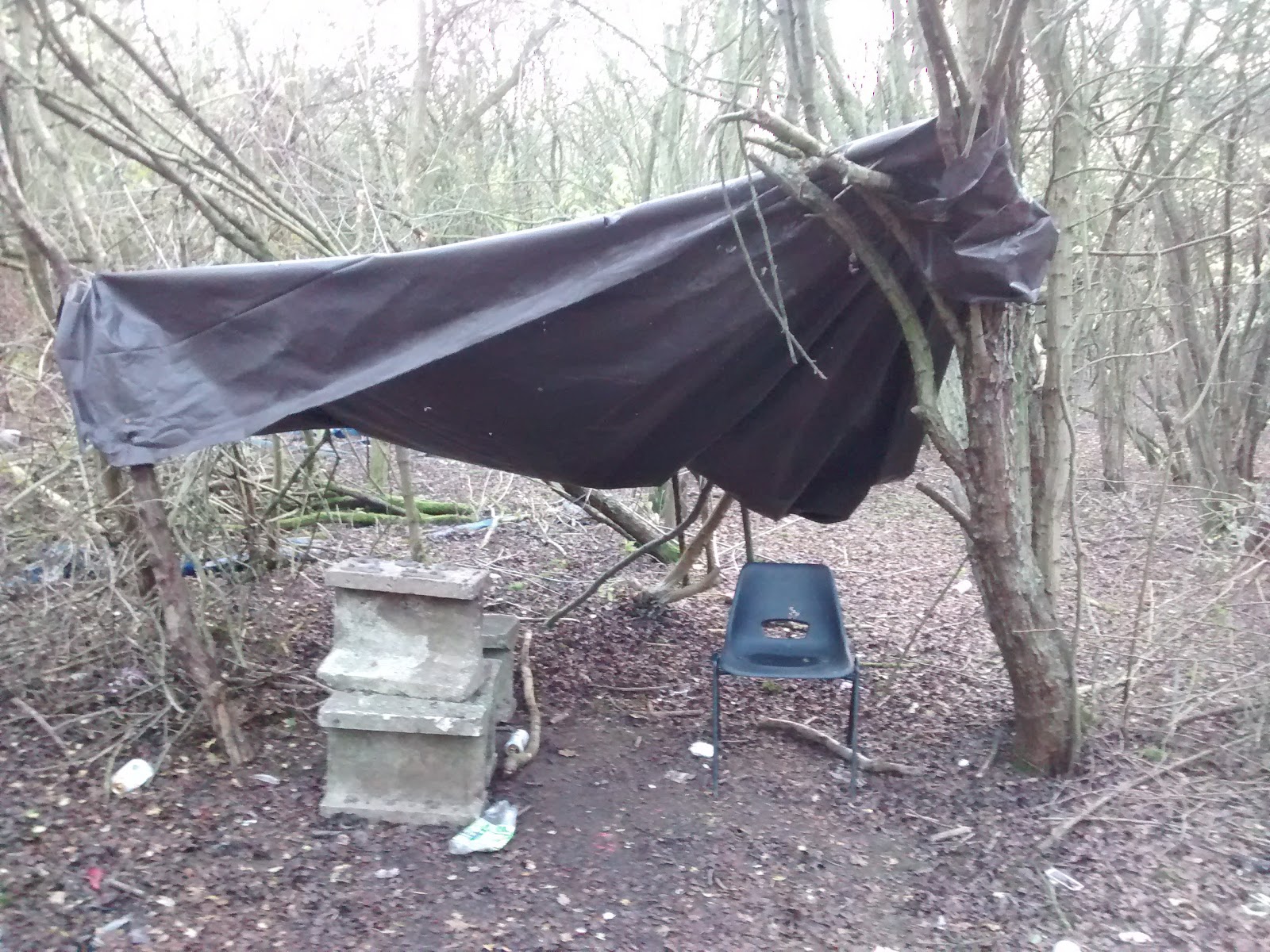 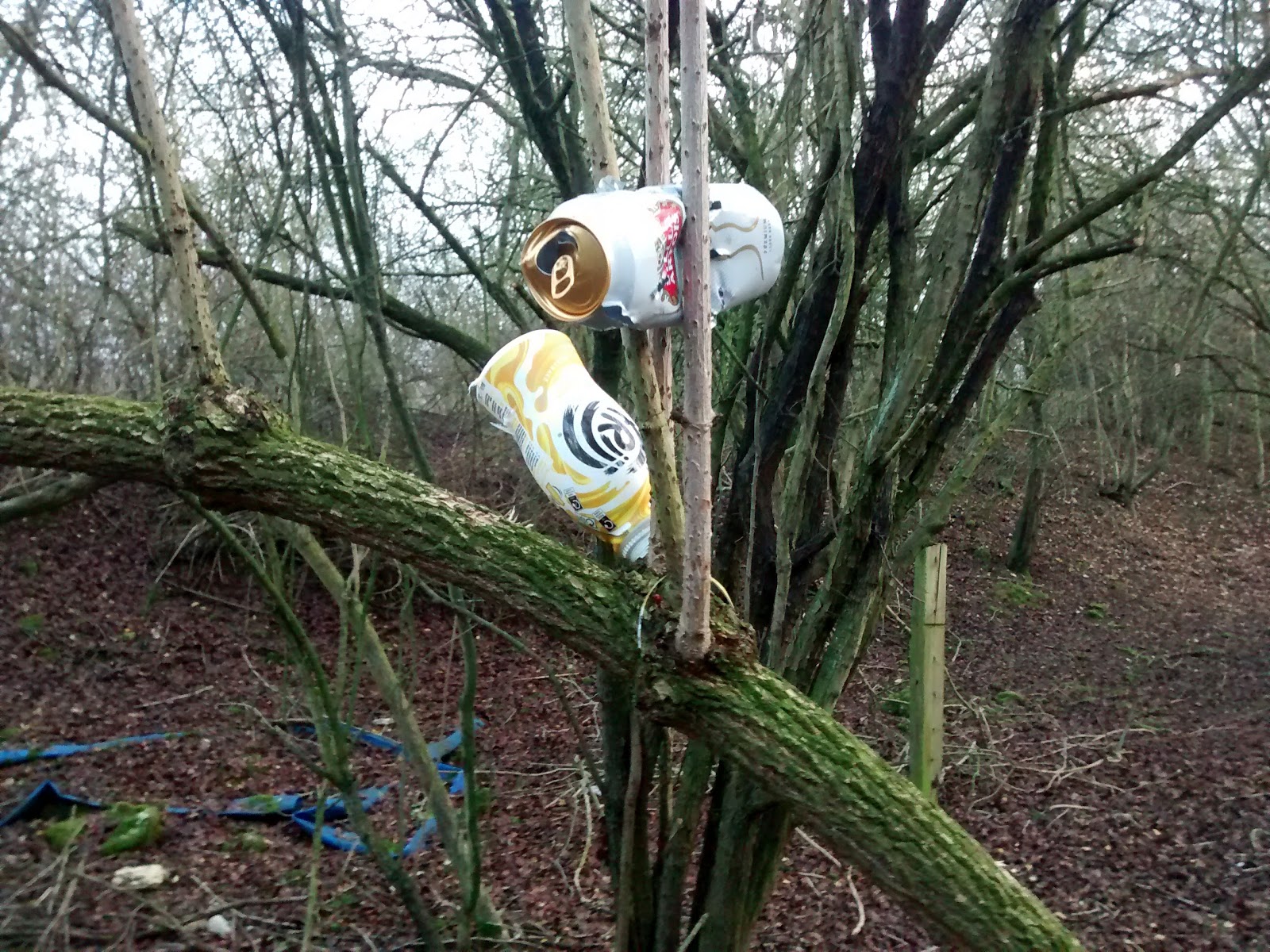 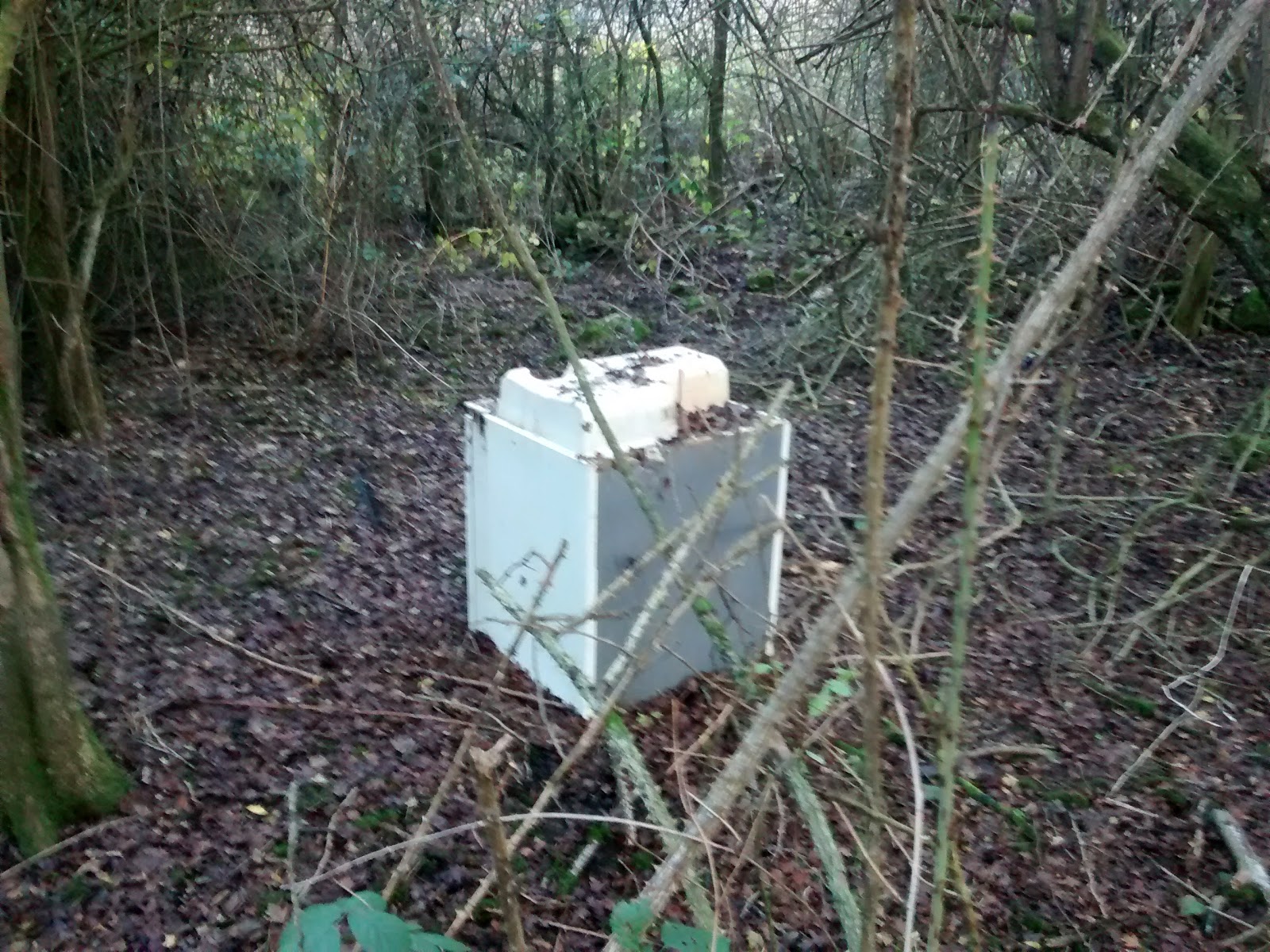 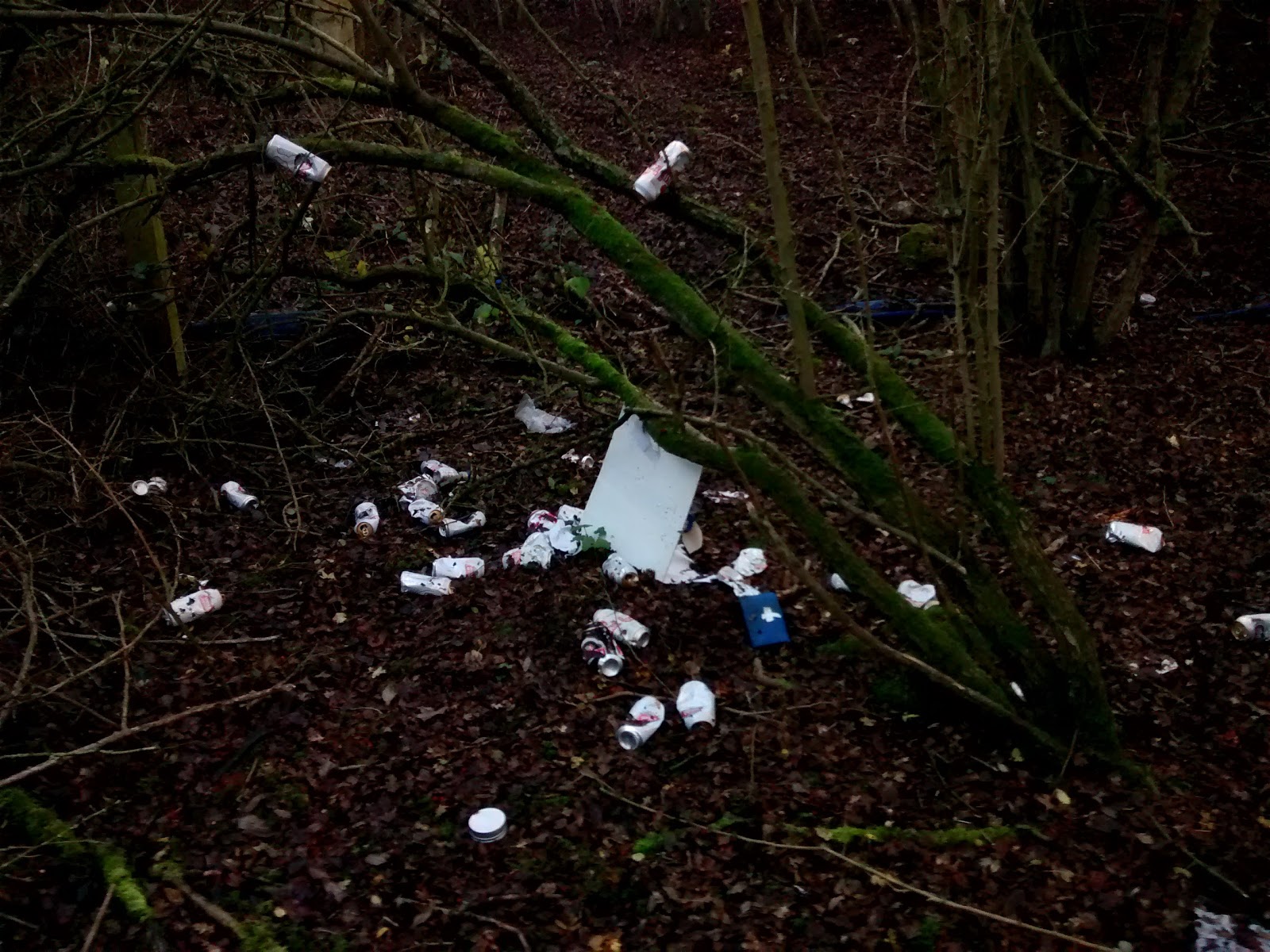 Posted by Simon Douglas Thompson at 13:50