Ever since poor old Noo-noo died a couple of years ago, the cats next door have become increasingly emboldened about paying my parents a visit.

There were two of them, a black and white tom called Stanley who was a regular garden visitor who would shoot off like a missile if caught in the act; and a furry black thing with a short black tail that never entered the garden and instead would sit on the fence leering at anyone in the kitchen.

Now there is a third furry face, a tabby and white kitten first seen looking down from that same fence. But unlike the black cat, this kitten would soon follow Stanely into the garden, right up to the point where they  quite happily sat and played in front of my folks as they sat outside.

Now, they have reached a new level of cheeky boldness, and have decided that the best time to try and come in for a visit is why I come round on my bicycle, because I have to leave the door wide open when I do so. Stanley is still rather wary inside, and never goes very far into the house, but the kitten will trot right in to the sitting room and go up to my stepfather for a pet.

When they get shoo'd off, they will then go out and climb the tree that enbales them to get up on to the roof of the bay window to see if there any birds up there. Stanley, alas, is an expert climber and bird finder, and since his advent no bird has nested successfully in the garden.

When you get angry at him, he immediately rolls onto his tummy and tries to look cute...

All text and images copyright CreamCrackeredNature 27.09.16 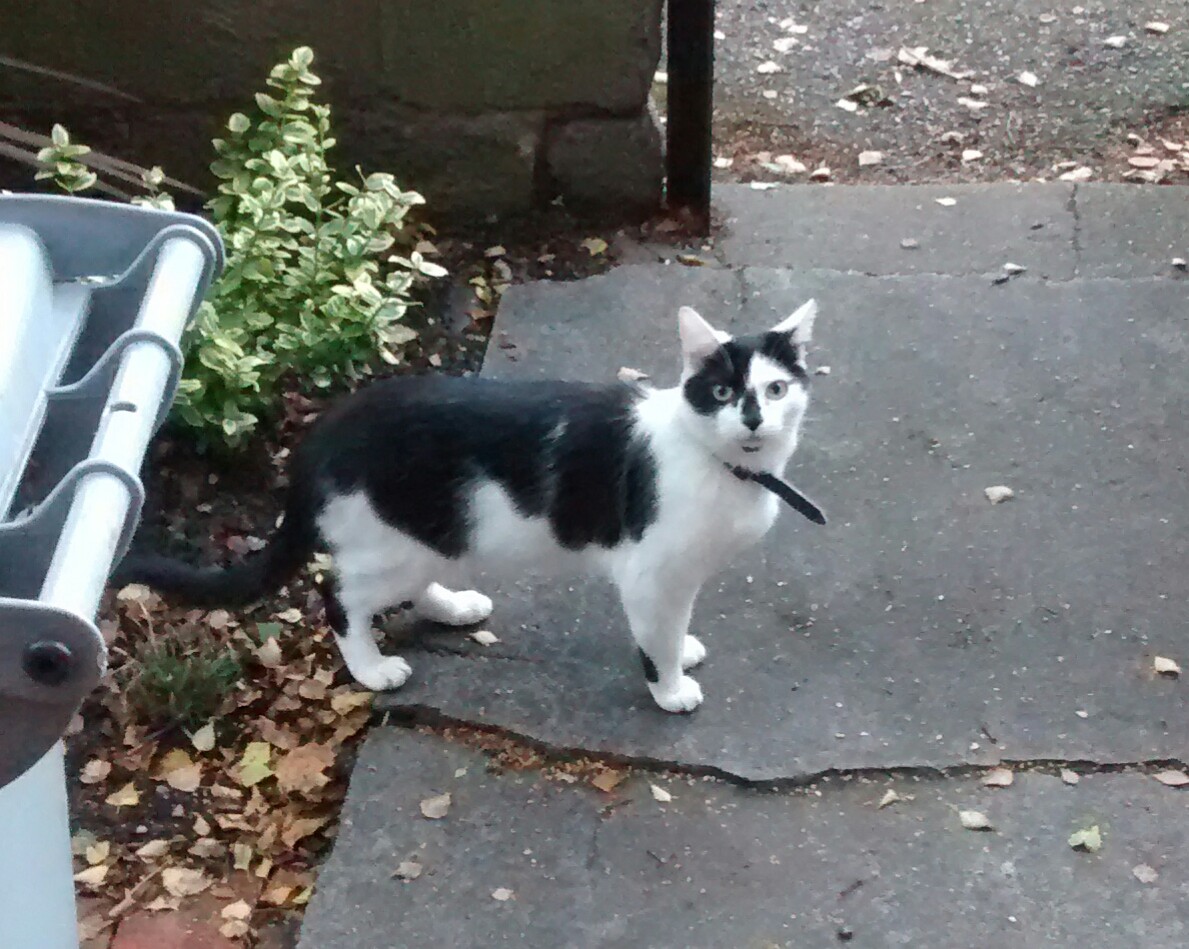 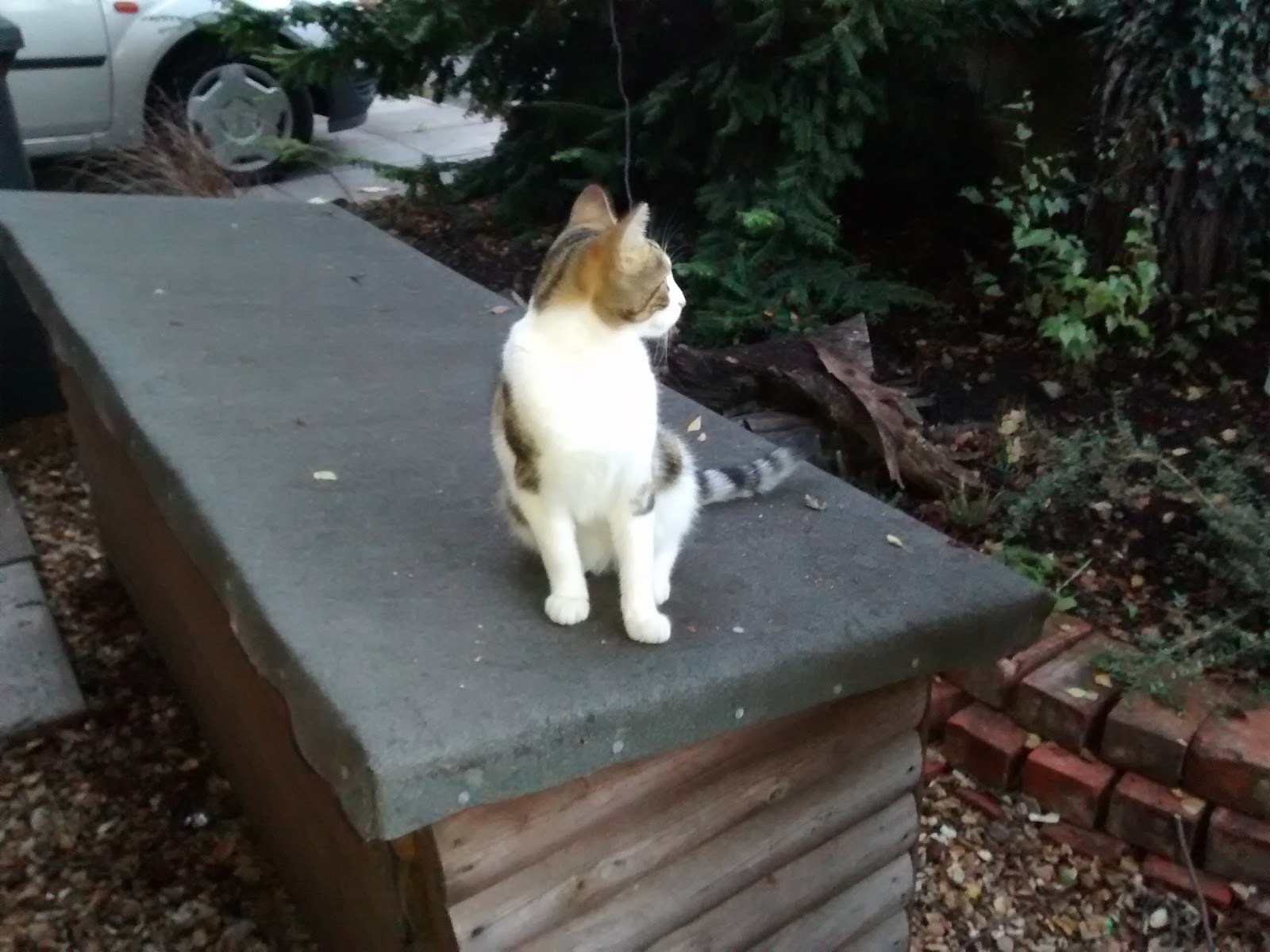 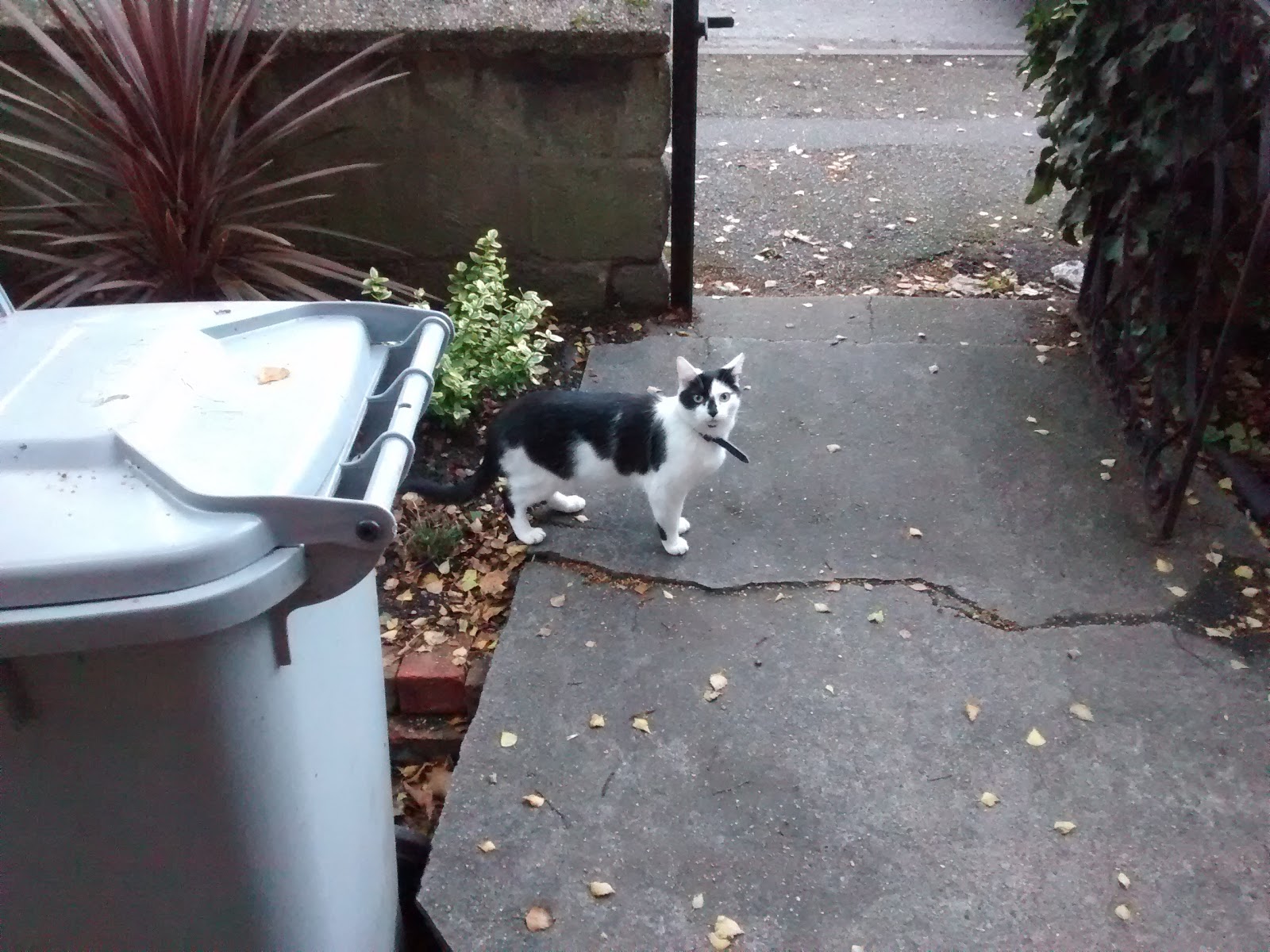 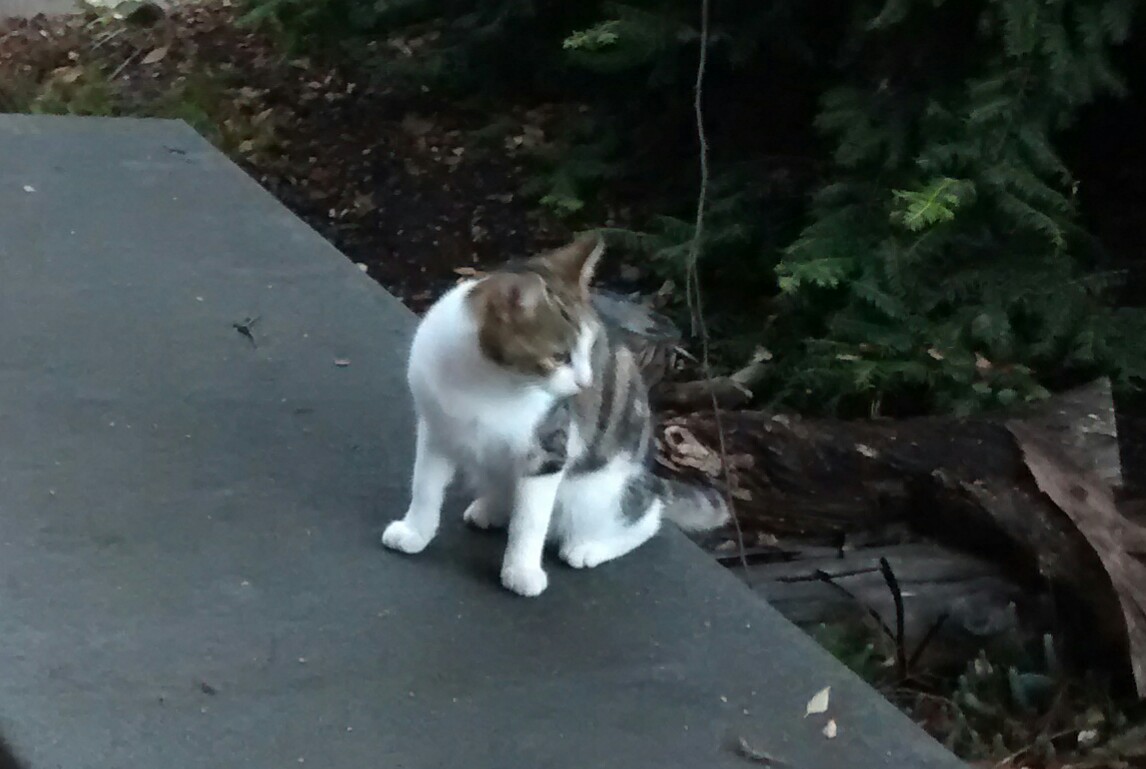 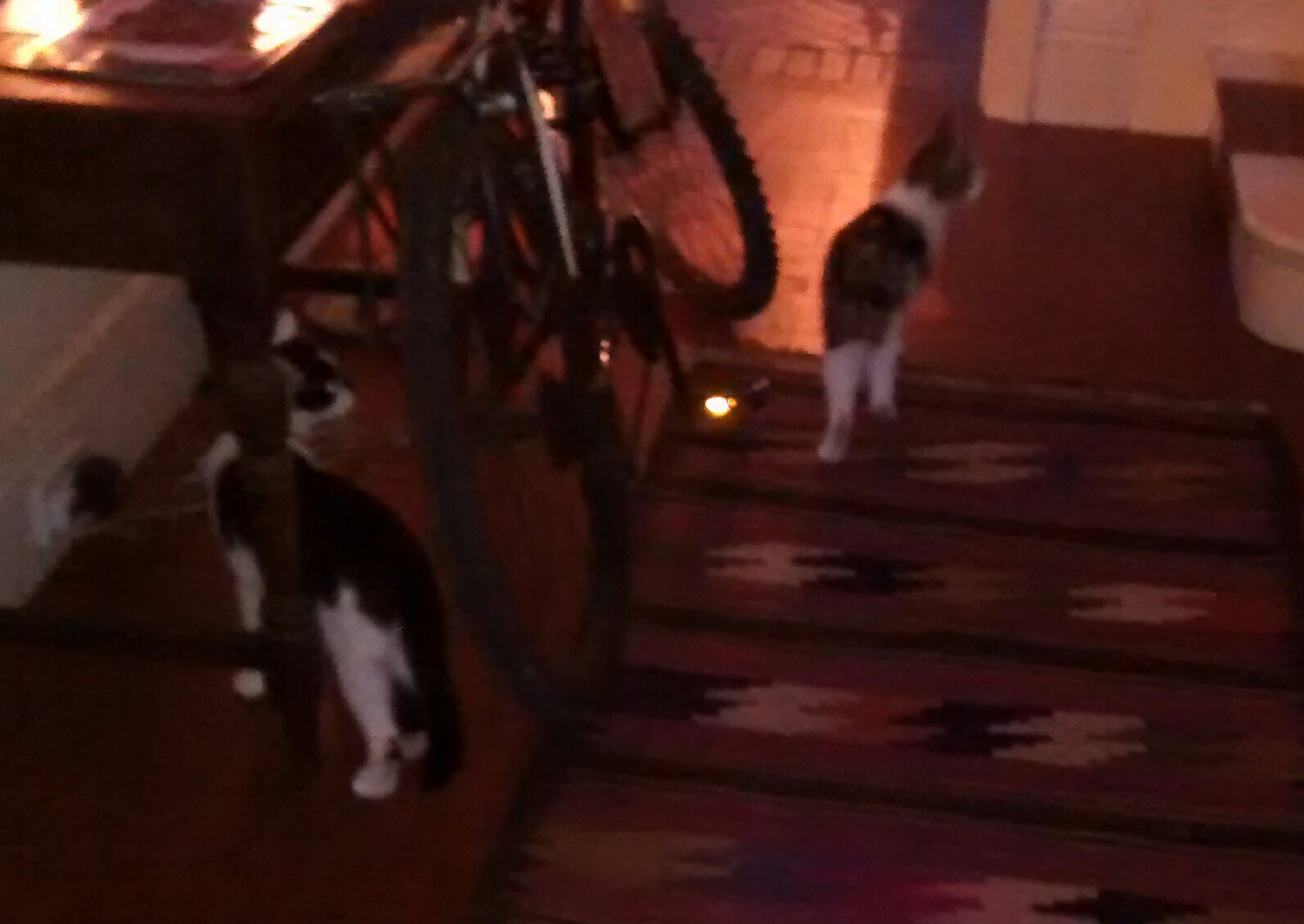 Posted by Simon Douglas Thompson at 14:45