What is this thing "Winter"?

Found it snowing on me when I headed down to the Prince Rupert for a quiet pint and a read last night. So many tweets saying "OH MY GOD IT'S SNOWING" as if the appearance of solid rain initiates a quantum effect that simultaneously reduces everyone to the age of 7.

Me I dread snow. Not for my outside life, but for the effect it has on my commute to work i.e. makes it bloody dangerous. 2010-12 we had winters that featured heavy snow followed by a long freeze; the resulting ice made it really tricky to cycle. My hands also suffer terribly in freezing weather when I cycle, no glove on earth prevents severe pain in my hands.

I think this is what they call Reynaud's Syndrome.

Anyway, this is the calamitous result of the wintry showers last night. 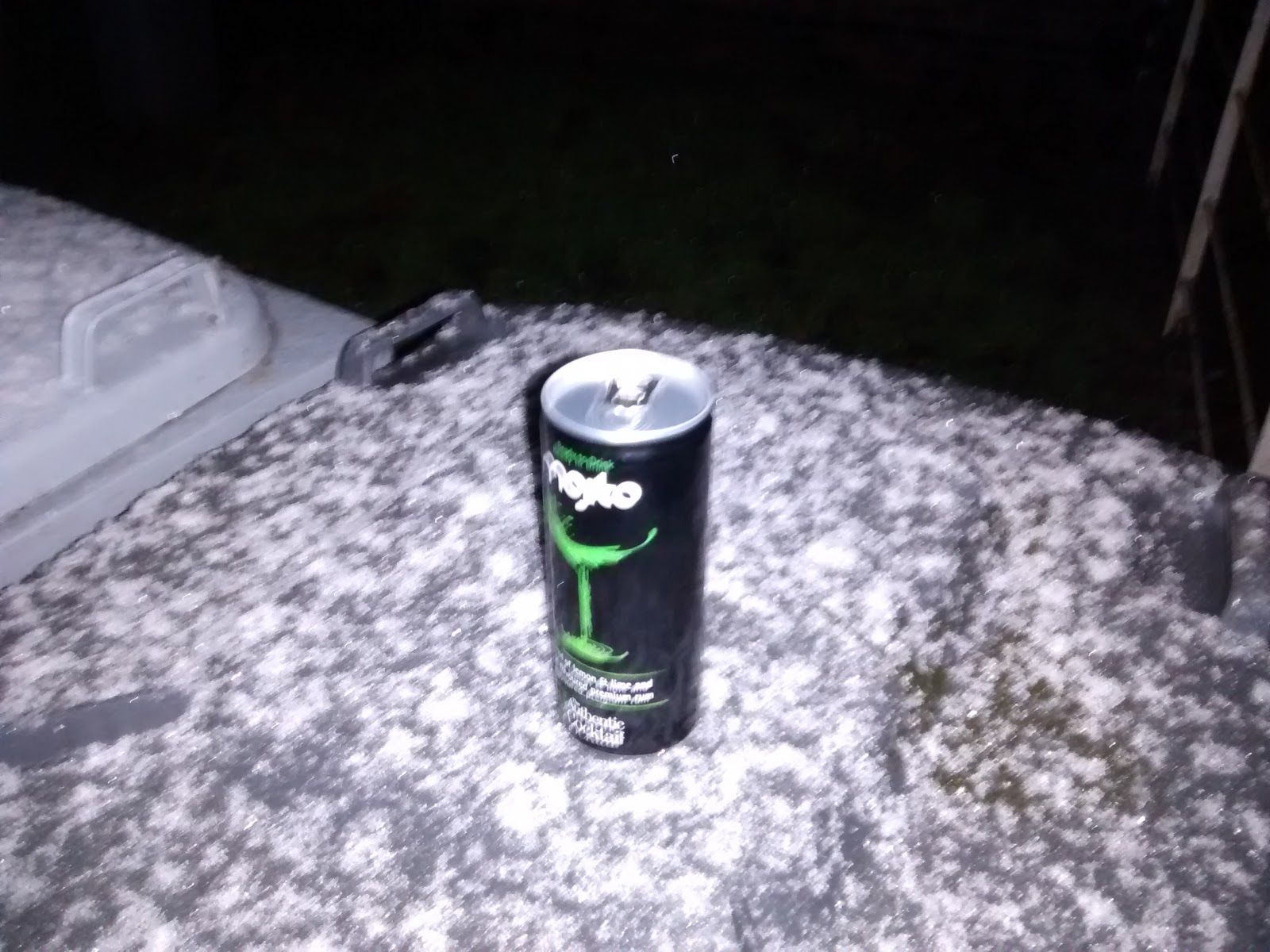 Winter what winter?! I love having my cocktails outside while seeing if the stars are going to come out to play. Pina Coladas are the best, I find.

So today I got out for a run late, with the skies far too dark for photography. However, around Balderton Blue Lake, where the tufted ducks swim like immaculately painted battleship flotillas, I startled out another kingfisher from a waterside tree!

This is about 2km from where I usually spot a kingfisher on the cycle path, so no idea if it's the same bird. It may be, as ice has formed on the drain down there, and it might have had to move in order to fish.

It was almost dark, but the bird's blue back was still starlight bright as it flew off with those typical hummingbird fast wingbeats and stunted tail. Such a joy to spot it in the gloom.

I may have had no camera, but at least I have a memory.

All text and images copyright CreamCrackeredNature 17.01.16
Posted by Simon Douglas Thompson at 14:15