The Treecreeper in the Old Wood

For most of the day today, I was barely in the house, despite the lies my new fitness band seems to be telling me about my activity levels. I had a run late on as the sun set, producing a beautiful golden-pink sky reflected into the mirror surfaces of the two lakes. I had a little cycle around too, looking for goosander and pochard.

But earlier than that, I was down at Sconce and Devon Park for a cup of tea and a walk and of course a spot of photography.

I wandered first alongside the River DEvon, staring into the tops of the alder trees that line the water's edge. So many people have been posting pictures of redpoll and siskin in alder trees lately, I was hoping to see one of these attractive finches for myself; either would be one of those "lifers" proper birdwatchers are always going on about.

Typically of course, I had no joy.

So it was into the the sun streamed old wood, with its monstrous tall oaks and ground cover of leaf litter for the blackbirds to vandalise. There were lots of birds to be heard, with the repitivive "deeee-dooo" of the great tit the most prominent, but they weren't pausing to pose. Luckily, as I was scanning the trees, a flickering movement on a bough drew my attention to a small scuttling bird making its way rapidly along the limb. It was of course a treecreeper, a busy little bird with a long curved beak for picking out insects from tree bark, and a stiff, almost clawed tail that helps it climb trees.

I'd seen one before, on exactly the same tree, a few weeks ago but had been unable to get a shot of it. Today, with better light, I was rather more successful.

All text and images copyright CreamCrackeredNature 20.01.16 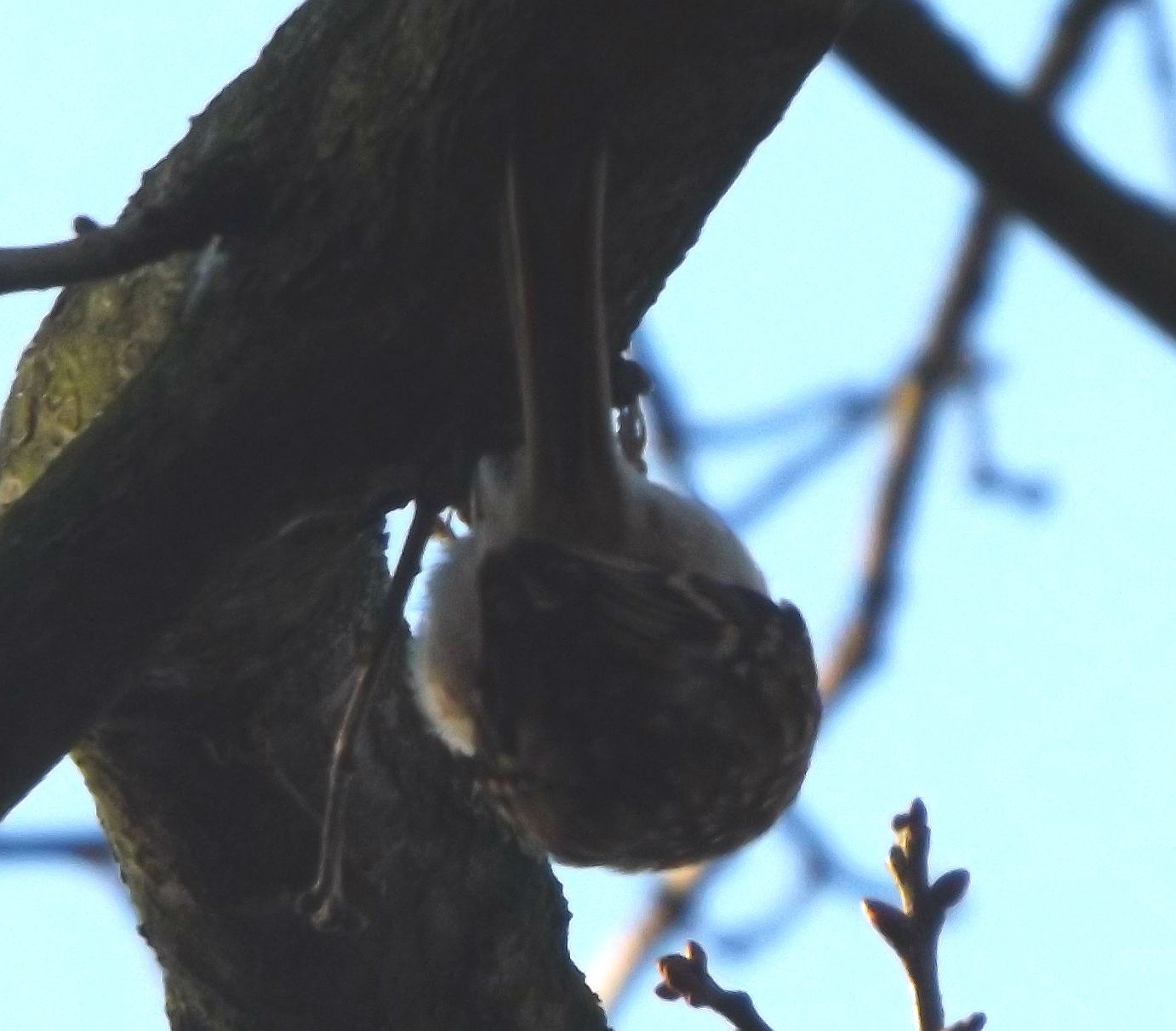 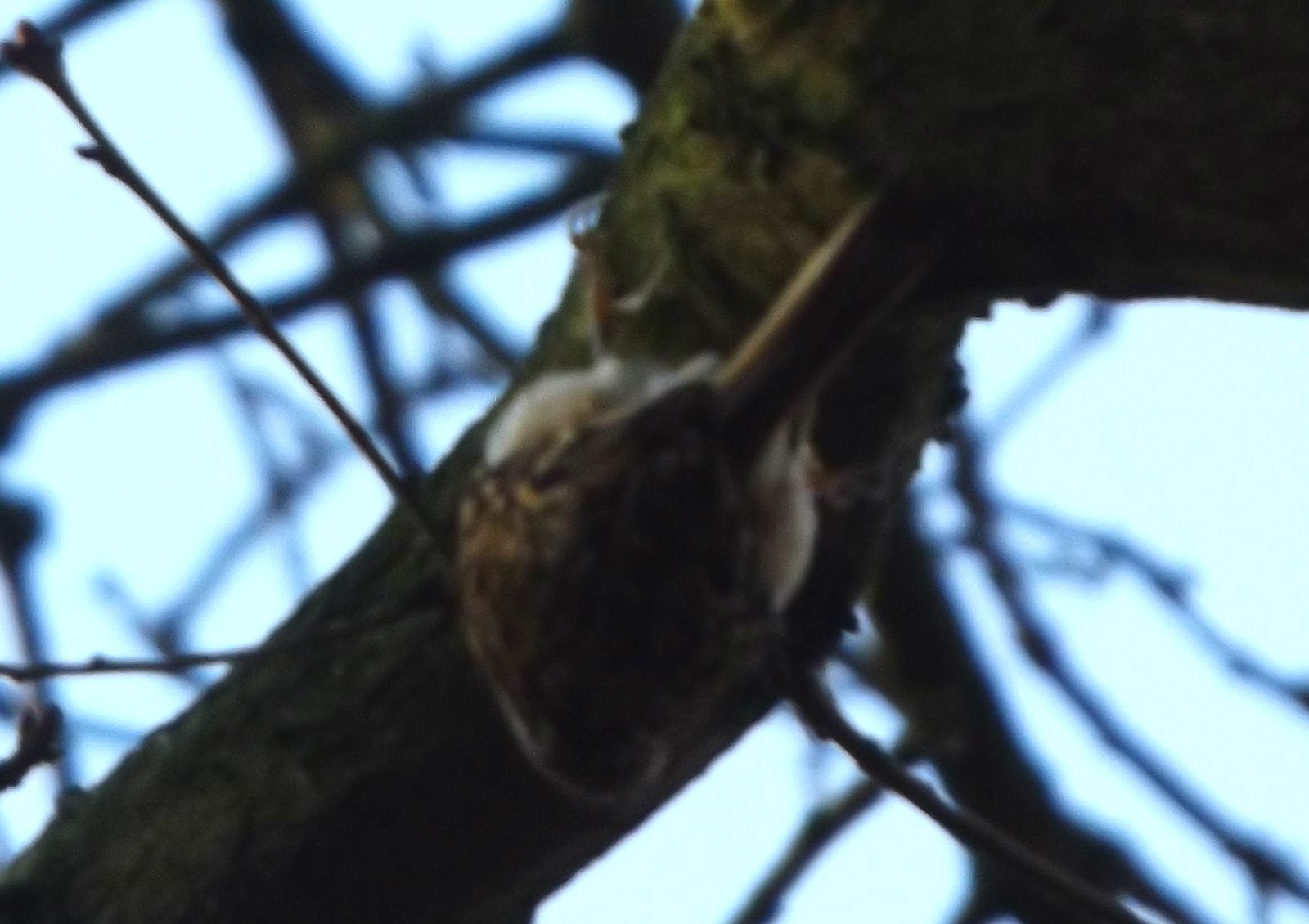 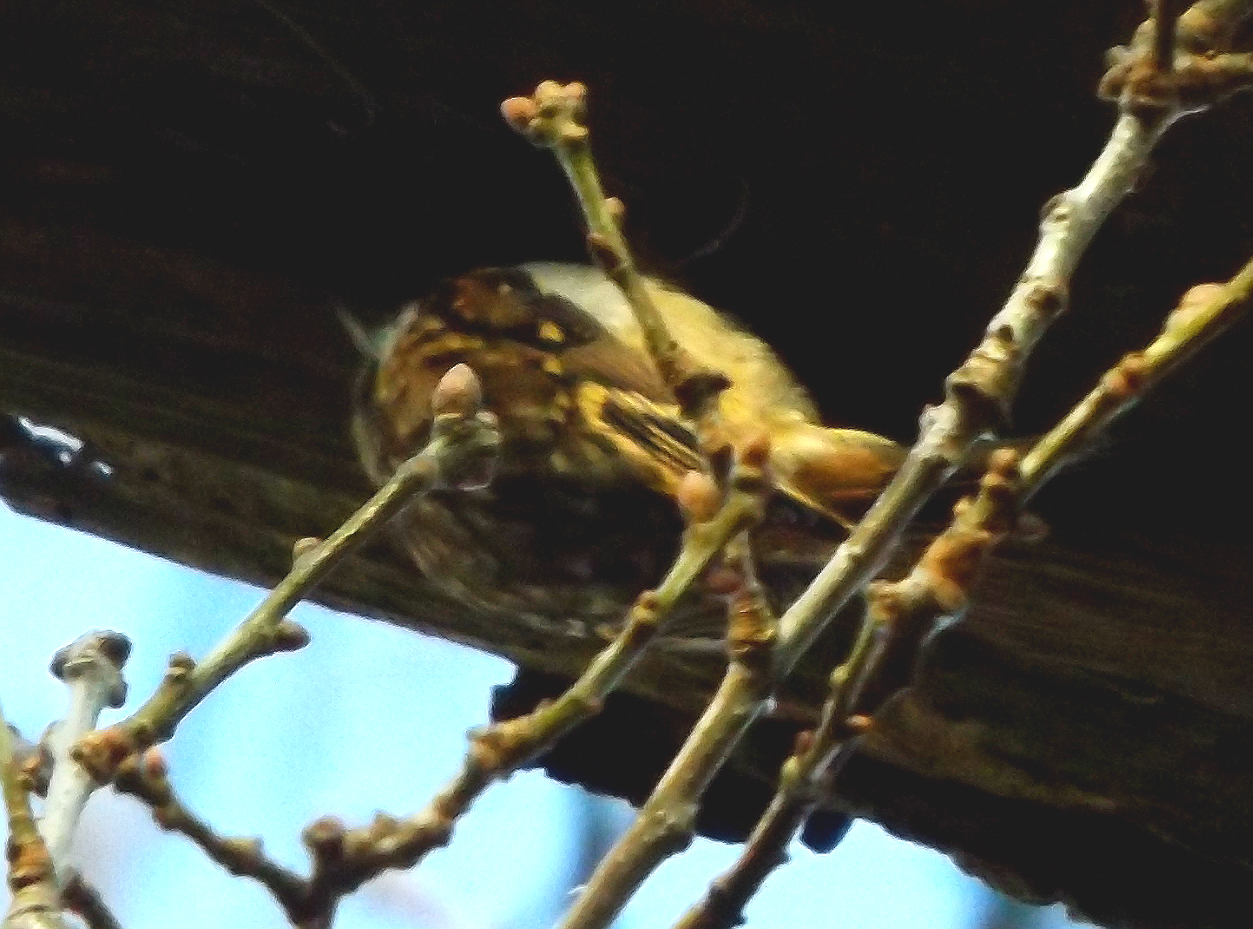 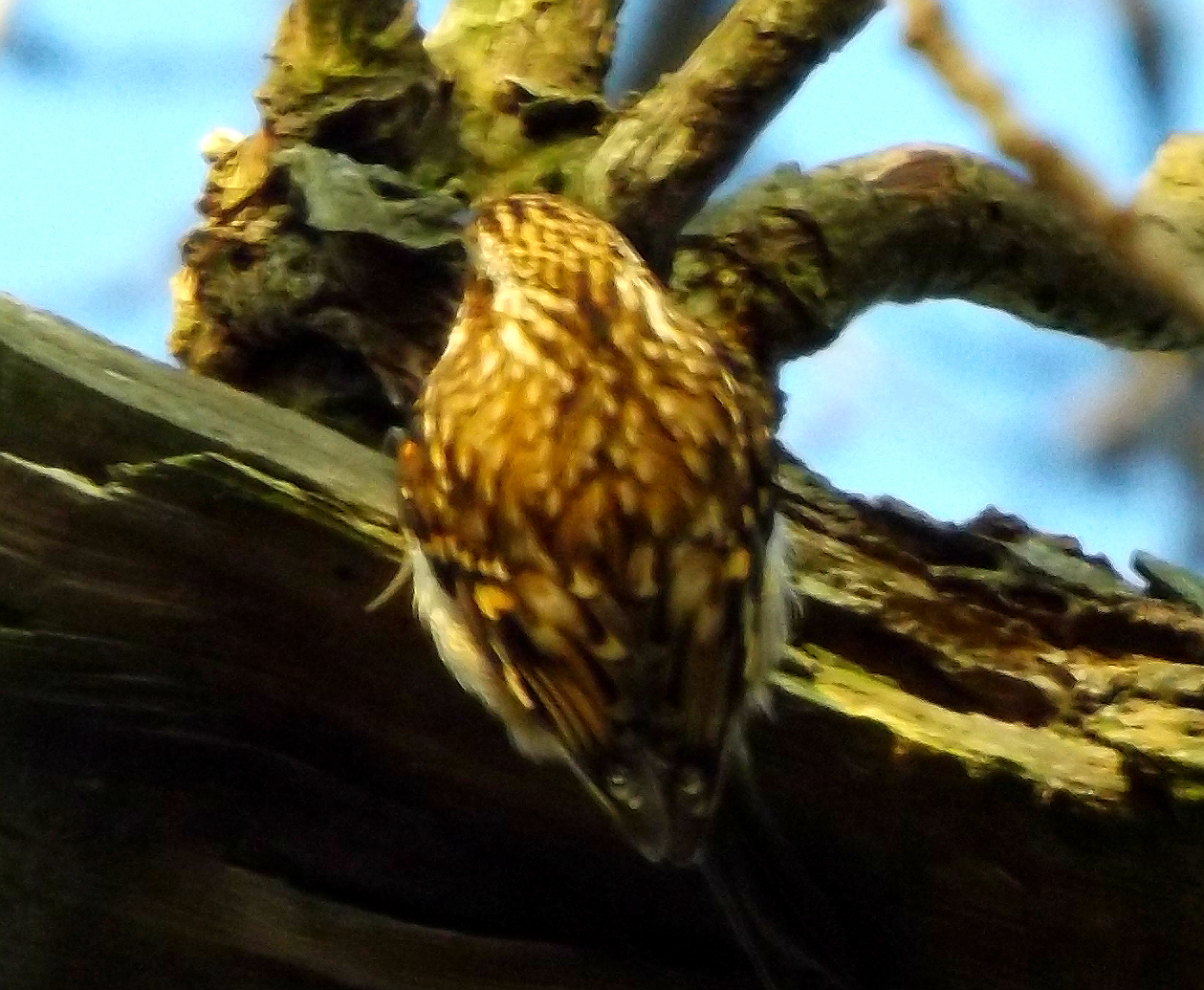 Posted by Simon Douglas Thompson at 14:32