I've been lazy today, my fitness band agrees with me too. The wind put me right off running, instead I headed off for a couple of walks to see what I might see.

I had an inkling the library garden irises might be in flower now, and so it proved. There's something wonderfully alive about their colouration, as if they are snakes or some kind of dangerous insect. As ever, the library park is a study of how many different greens you can cram into a small area; in the wet weather we have had today, it looks even lusher than usual.

Actually, looking at them again, the irises remind me of the sandworms from "Dune". 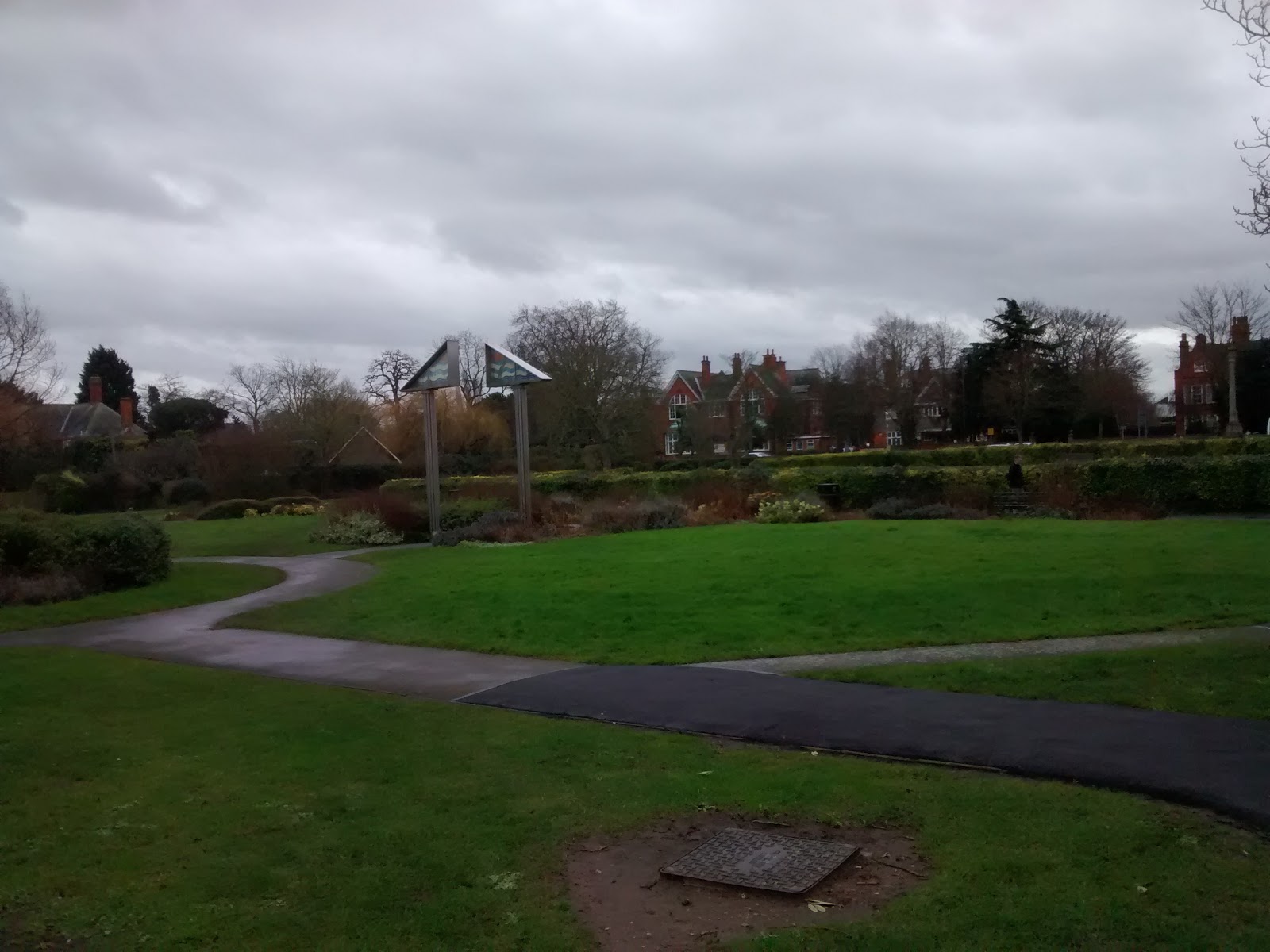 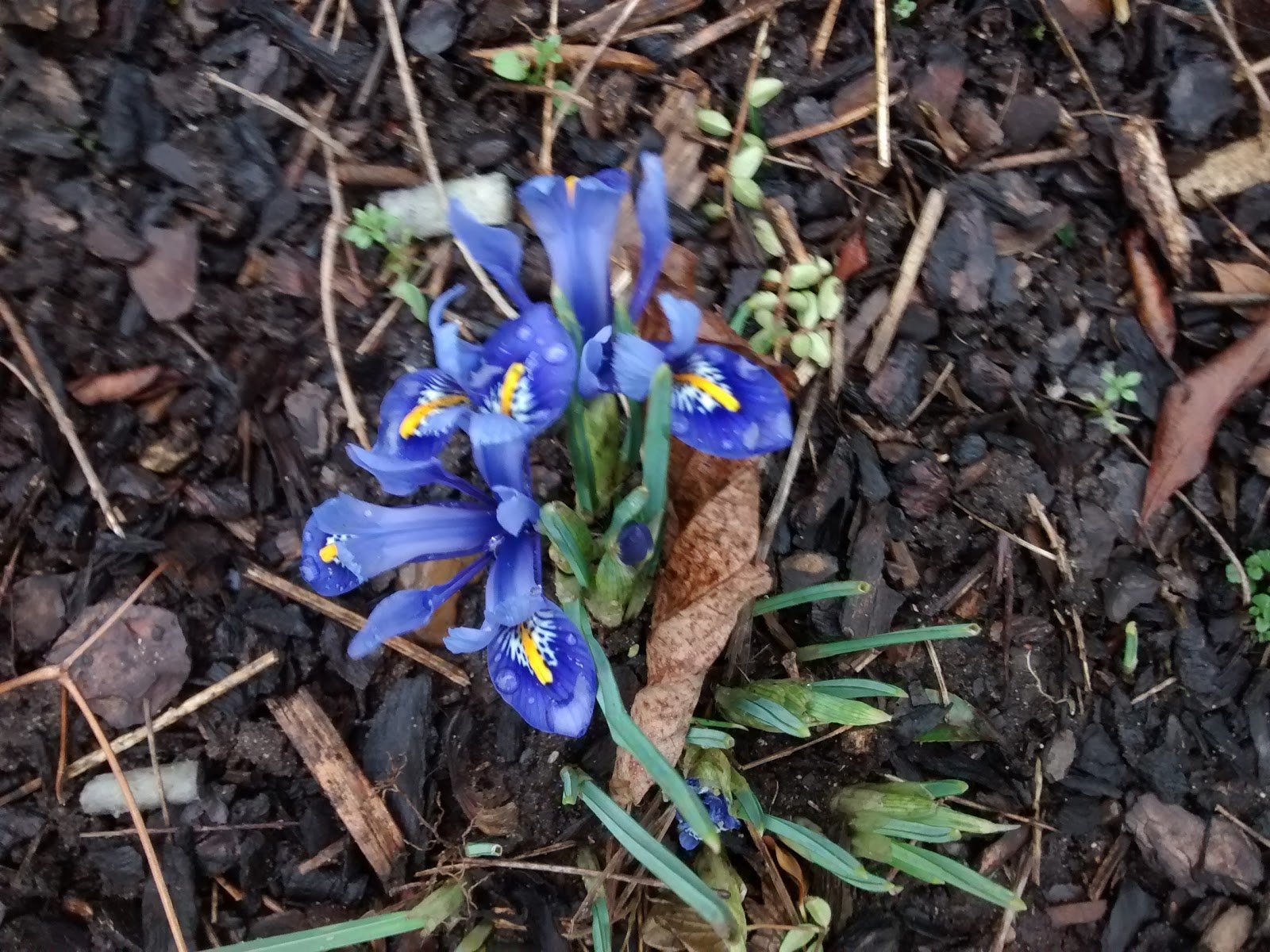 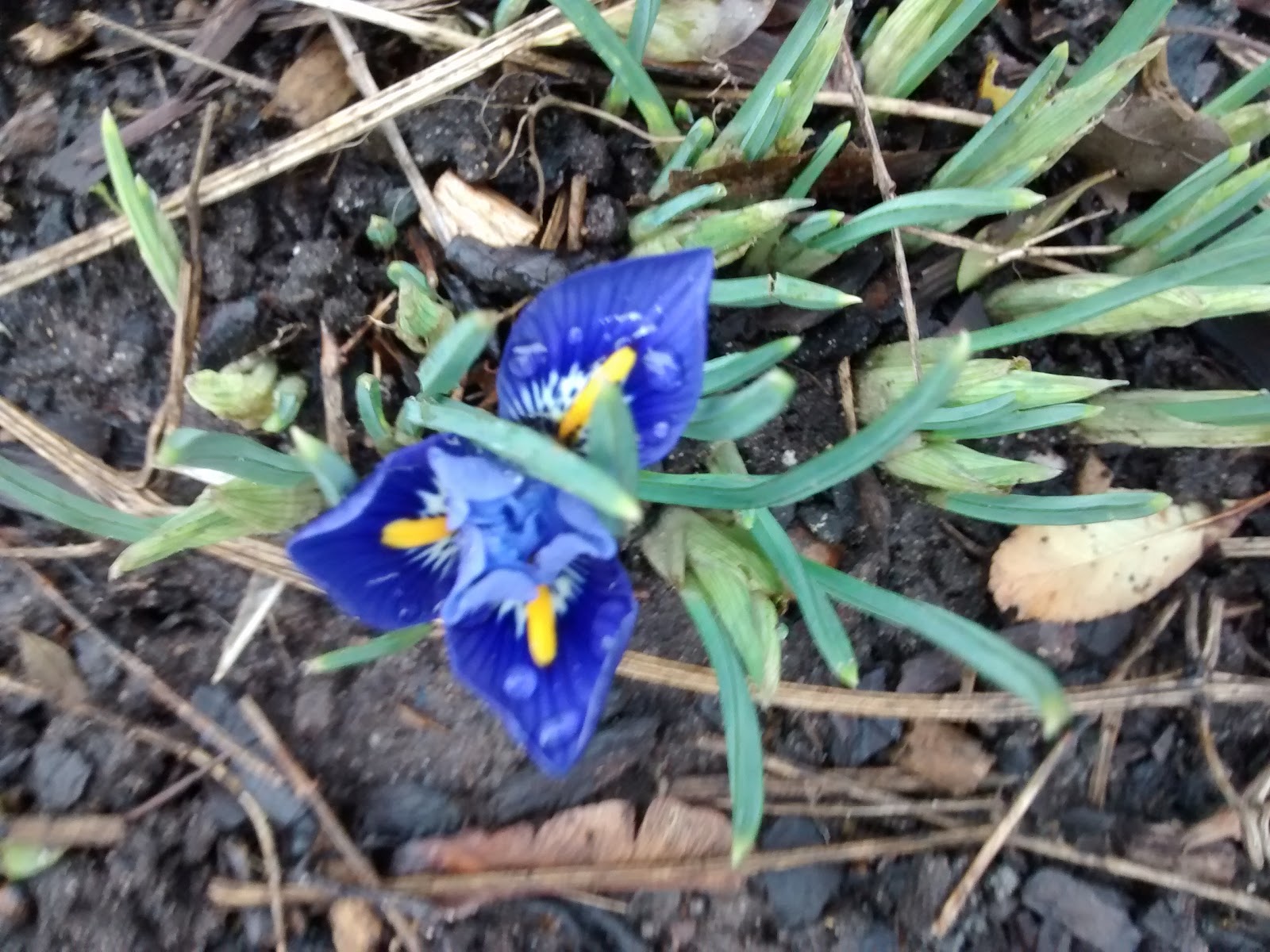 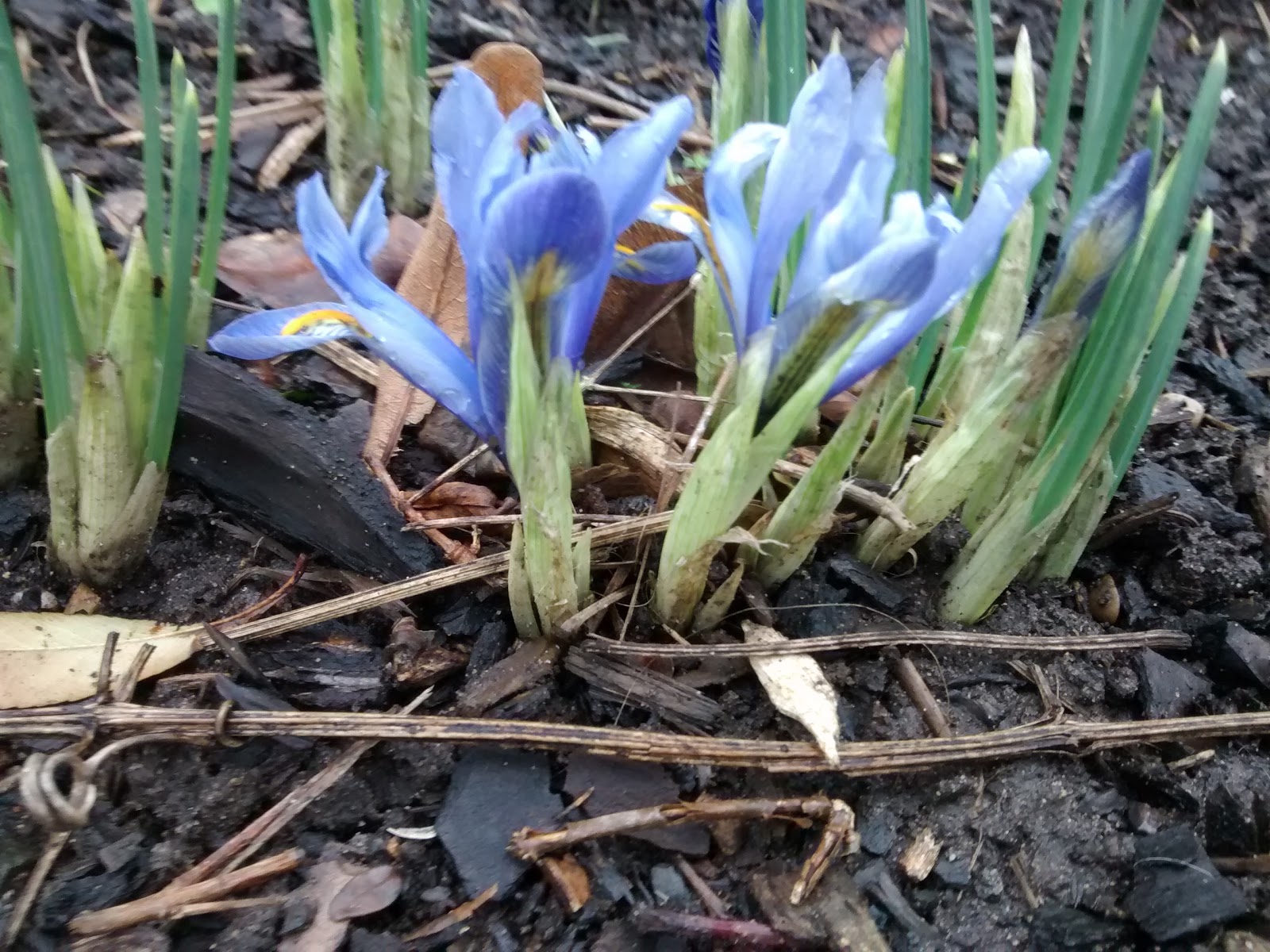 So, my afternoon walk took me along the cycle path, where the Sustrans kingfisher put on a short show for me today, giving me a flutter of its neon behind as it took off from a perch next to the drain. The ducks were bobbing about on the wind tossed lake, and gulls wheeled overhead. Gorse bushes are in bloom, the ones the council left when they purged the greenery in order to dig out the fly tipped fridges. 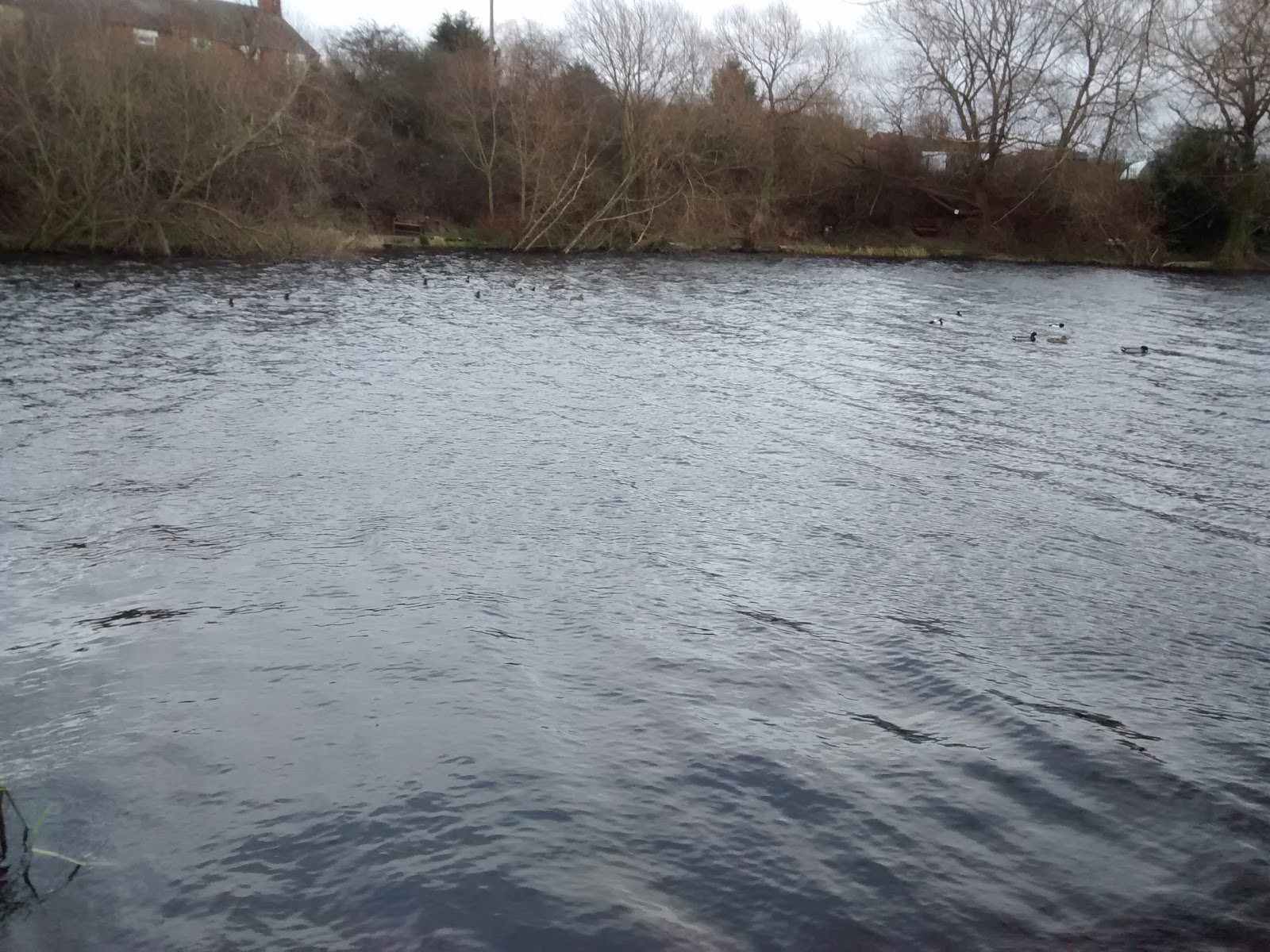 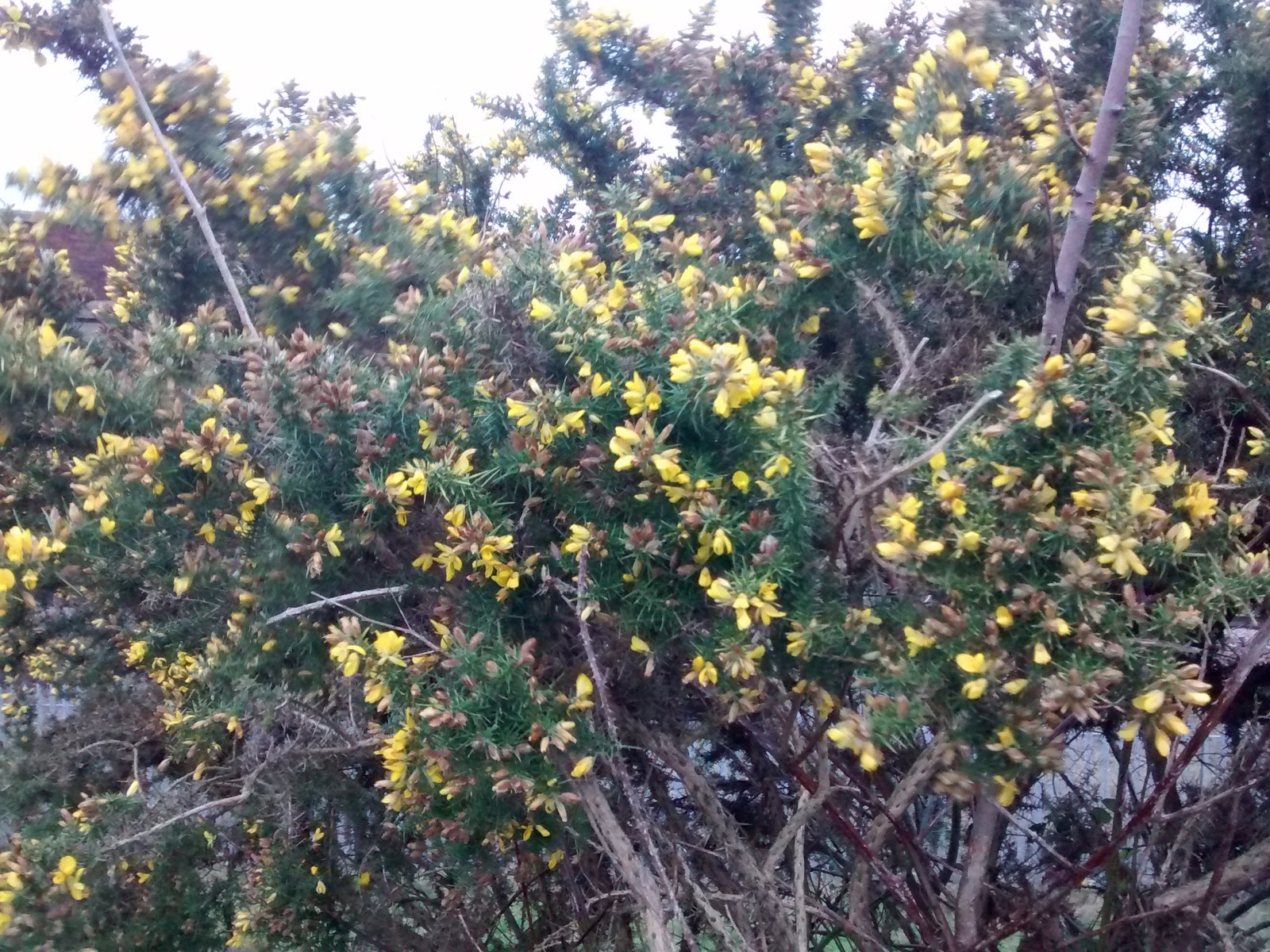 From there, I made my way through Friary Road park, where I noticed a new plant in bloom way ahead of schedule; grape hyacinth. The aconite is still putting on a strong show too, but not so many snowdrops around here. 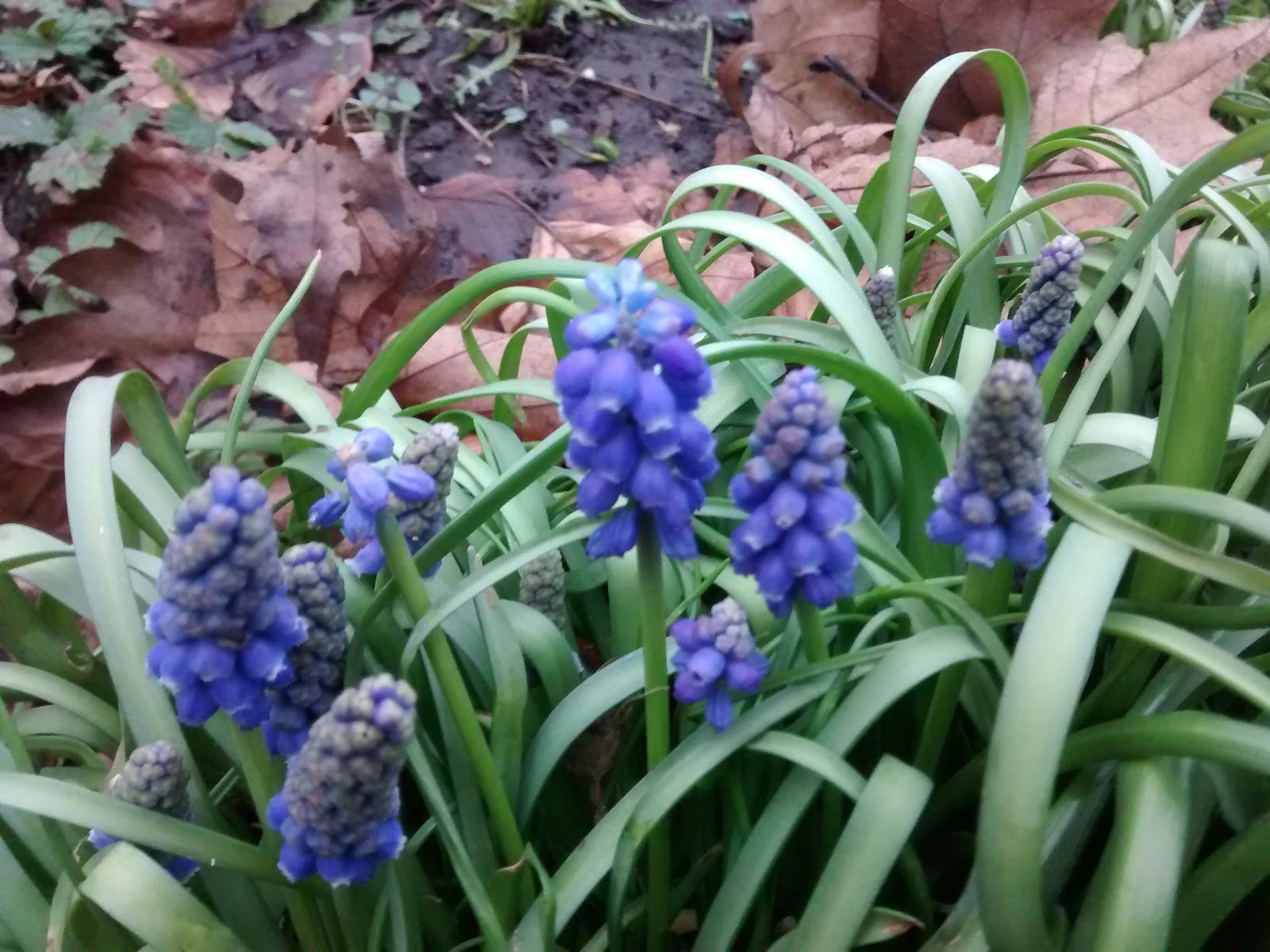 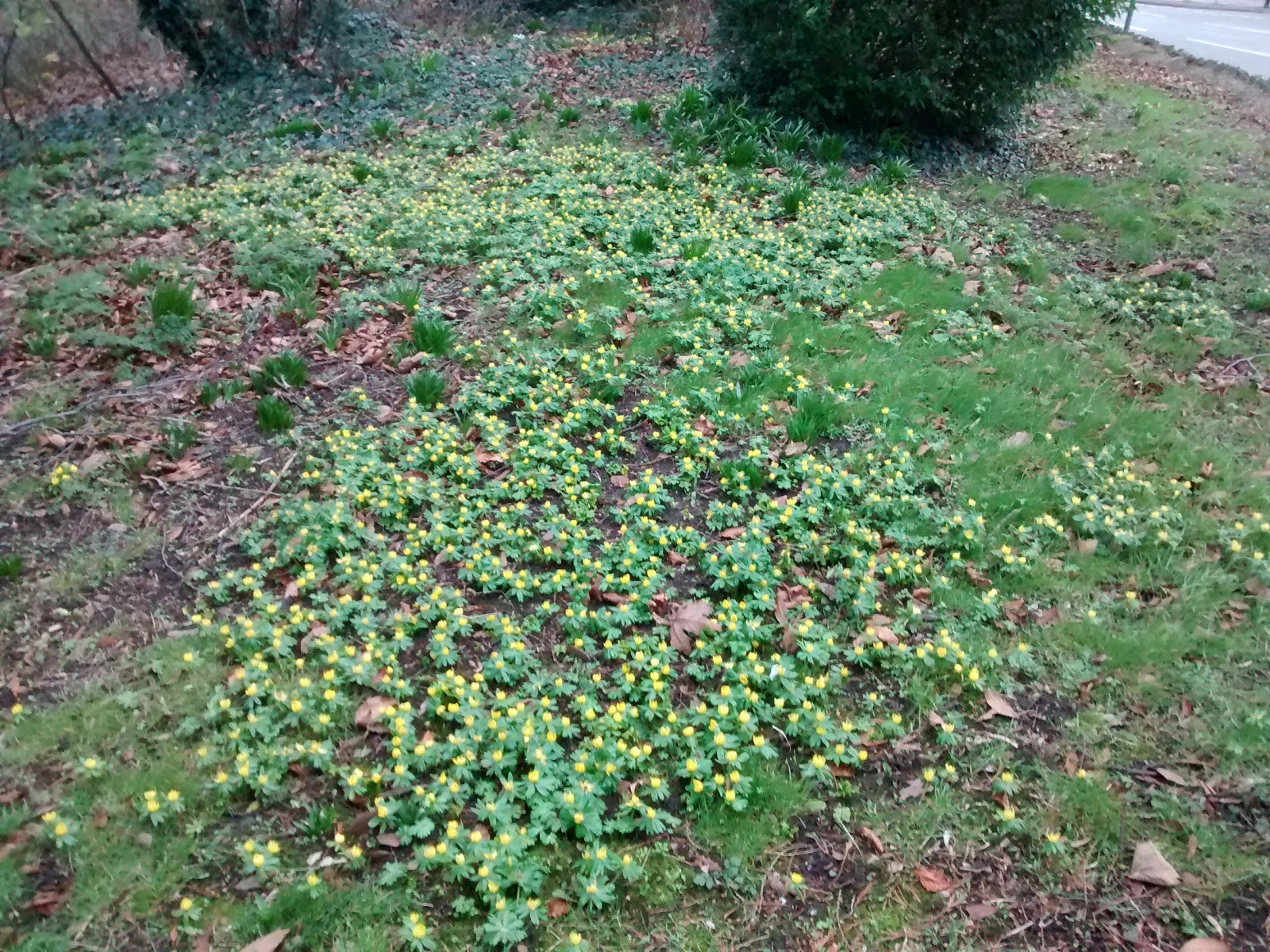 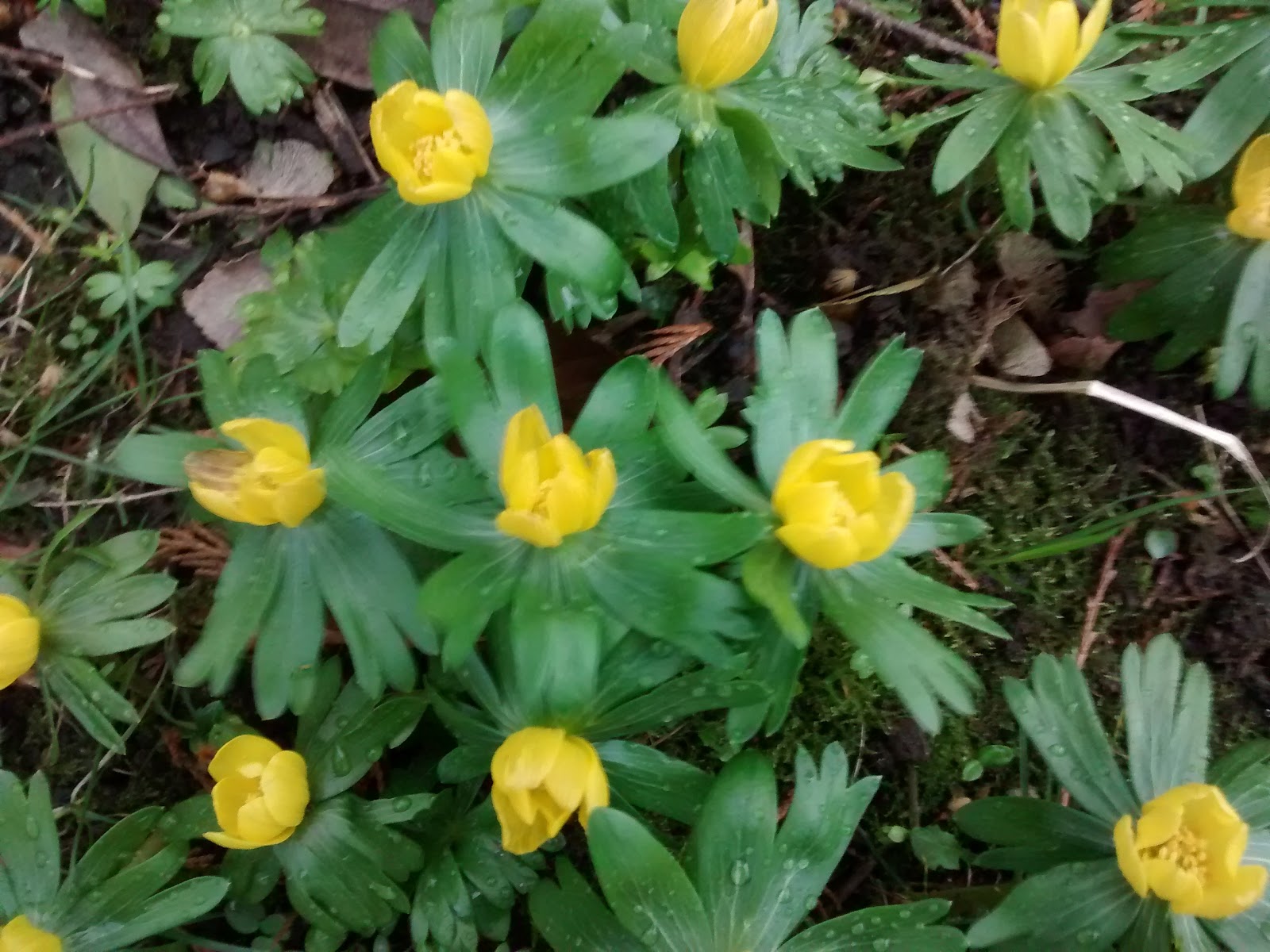 Then I made my way along the river, enjoying the sight of the boats, and trying to spy siskin in the alder trees where everyone in the whole universe is seeing them apart from me! Daffodils are out at the barge pun, the baby ones at any rate. 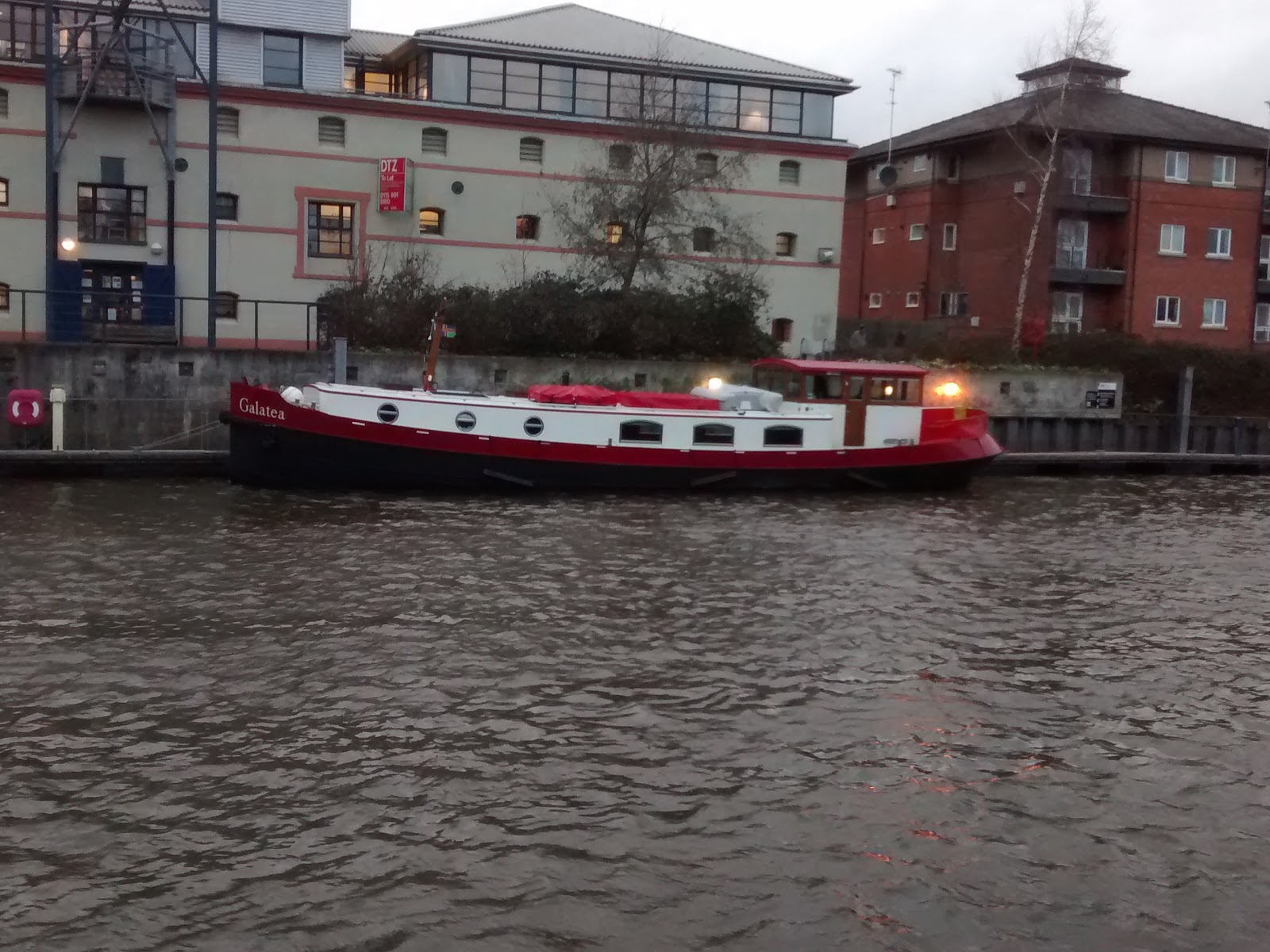 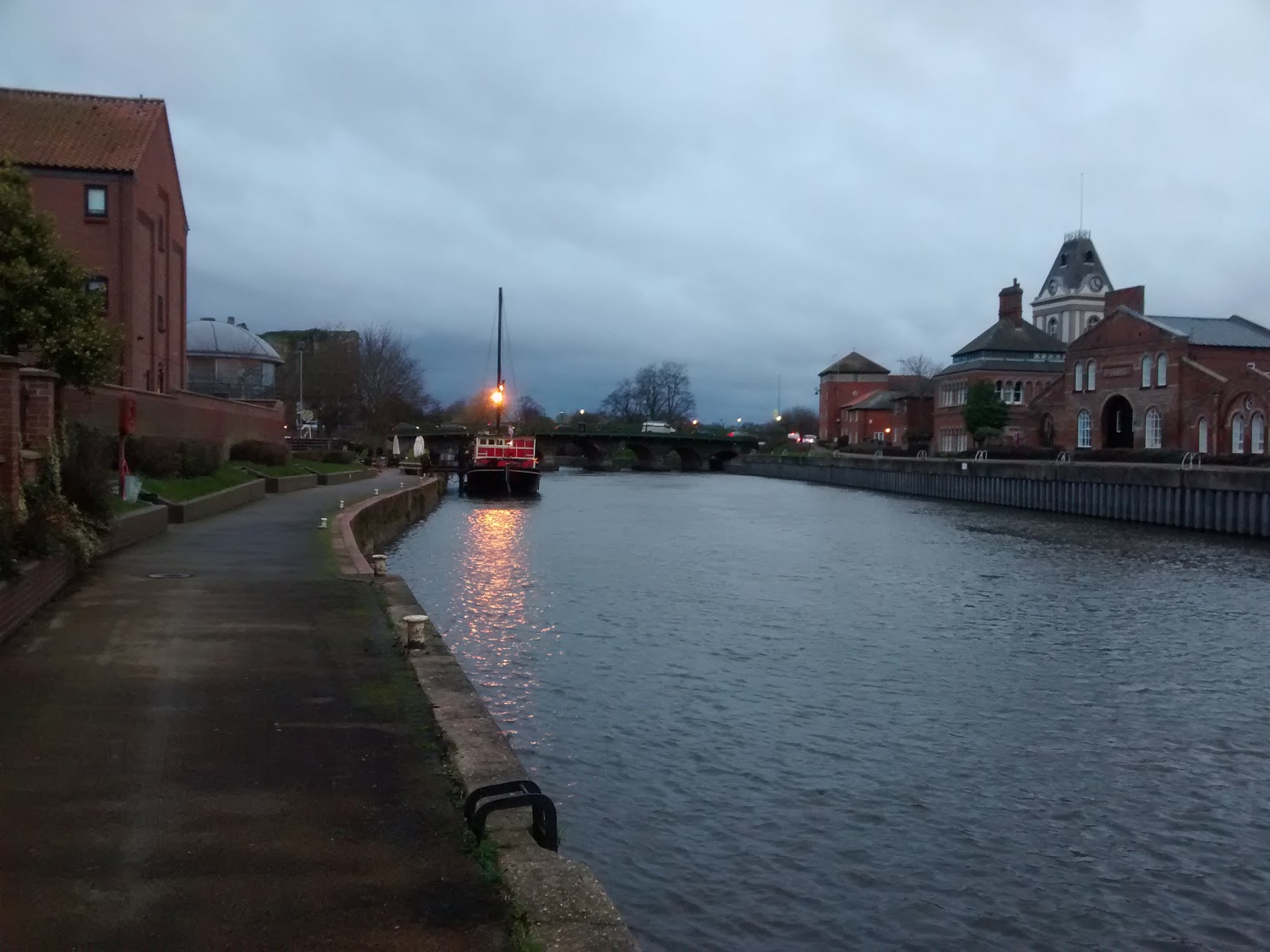 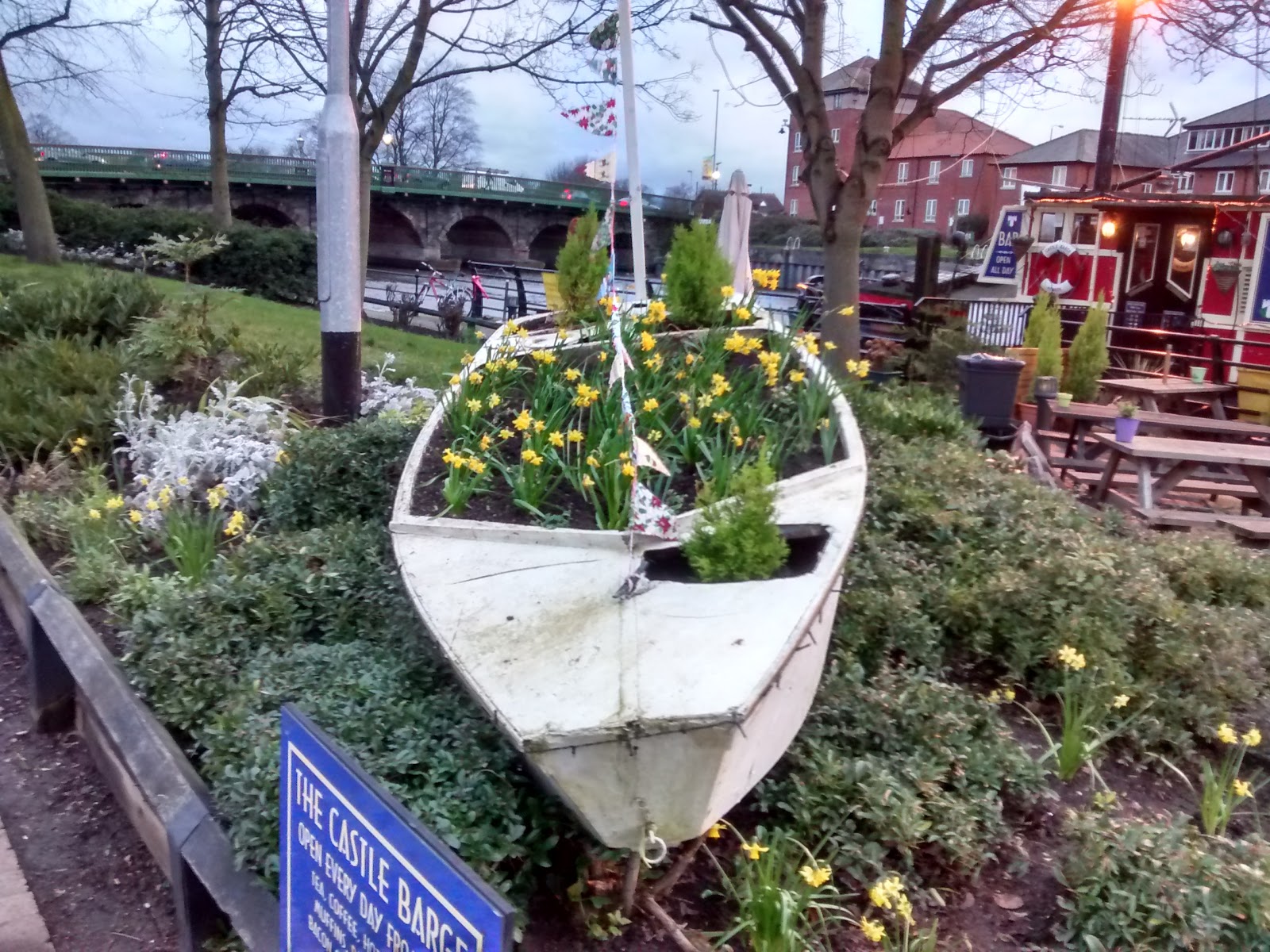 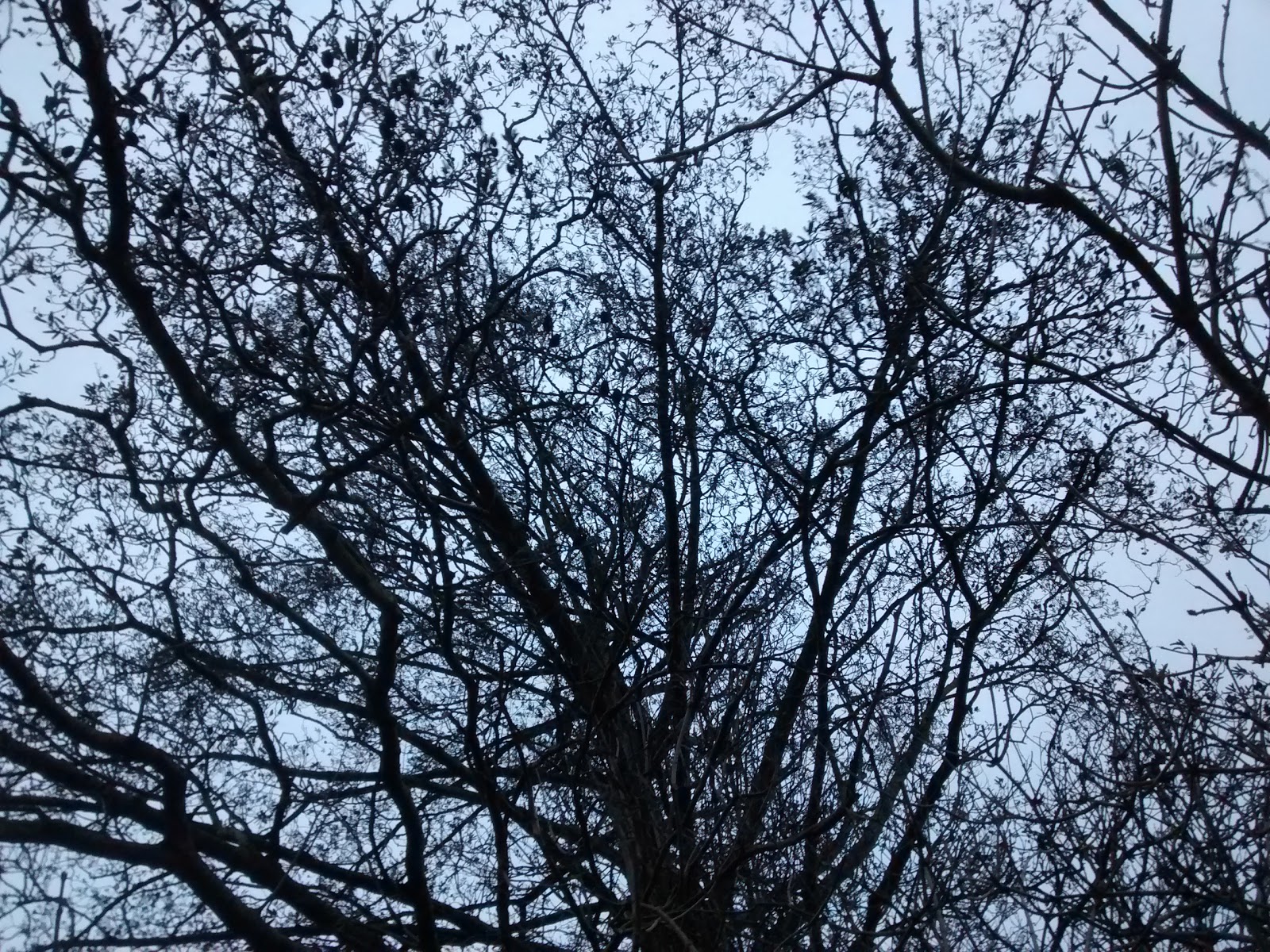 It was a pleasant walk, and so mild too despite the strong wind. I've just settled down to "Winterwatch" - in Newark, there has been precious little winter to watch.

All text and images copyright CreamCrackeredNature 26.01.16

Posted by Simon Douglas Thompson at 12:16