Around the Queen's Sconce

"Sconce Park" is an odd sort of name for a park, is it not? There is no such named-place around here, and sadly, my childhood fancy that it had something to do with Scones proved to be wrong, although you can get them at Rumbles cafe.

No, "Sconce" is derived from the Dutch "Schanz" meaning "Fort" and that is indeed what it was, back in the Civil War in 1646 where it overlooked the combined besieging forces of Sydenham Poyntz and his Parliamentarians, alongside their Scottish allies. They were parked at Sandhill Sconce, on the other side of the Trent and Devon, a musket shot away and a site now underneath a traveller site.

On the other side of town, the King's Sconce watched over the enemy based at Winthorpe village; this is a feature now lost under development on the North-East edge of town, near the river. Not to be outdone, the Scot's built their own Edinburgh Sconce, larger than the King and Queen's constructions put together.

In my childhood it was always a slightly threatening structure, where I was once hit by an elder child in some sort of case of mistaken identifty. It's structure was unprotected, and its steep ramparts, designed to absorb the impact of cannon fire, a real struggle to climb especially among the thorny, grasping gorse bushes. The route up was over a sandy climb, and the centre was always squelchily muddy.

The park never felt quite safe, and rough kids abounded with their 1982 World Cup issue footballs. At night, unspeakable things went on, their rubbery remains left for young children to find.

Now, after a splendid refurb programme, the park and The Sconce are far nicer places, two nature reserves combining with this historical artefact and a cafe to make for a pleasant place to visit.

Hopefully my pictures will give you an idea of the scale and shape of the space, a sort of pinch waisted square with arrowhead bastions at each corner for the cannons. A few years ago, "Two Men in a Trench" filmed here, firing a two pounder cannon at wicker and earth barriers on the football pitches beyond.

I would have easily been in their range, visible atop the fortress on a bright day.

All text and images copyright CreamCrackeredNature 31.01.16 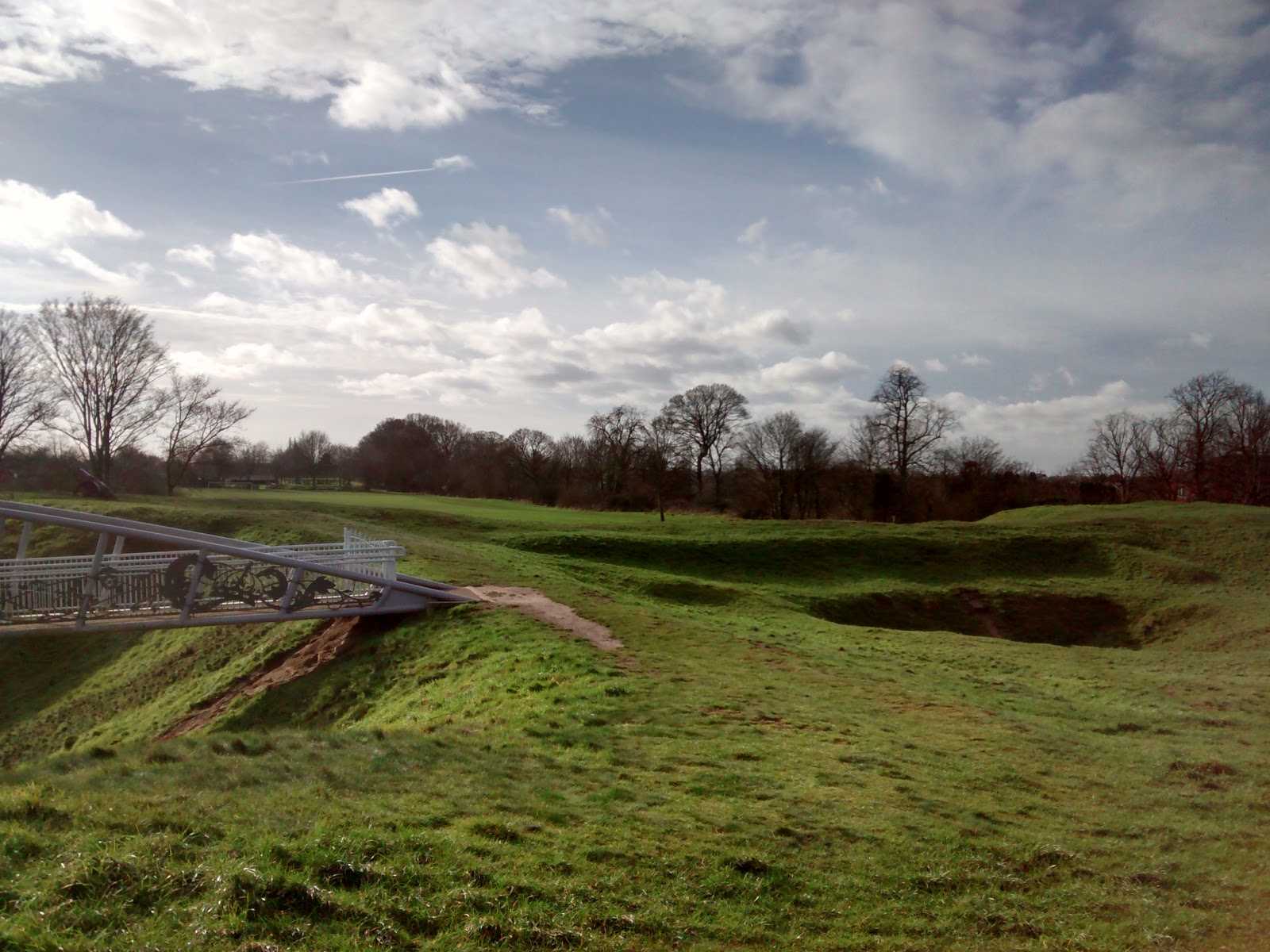 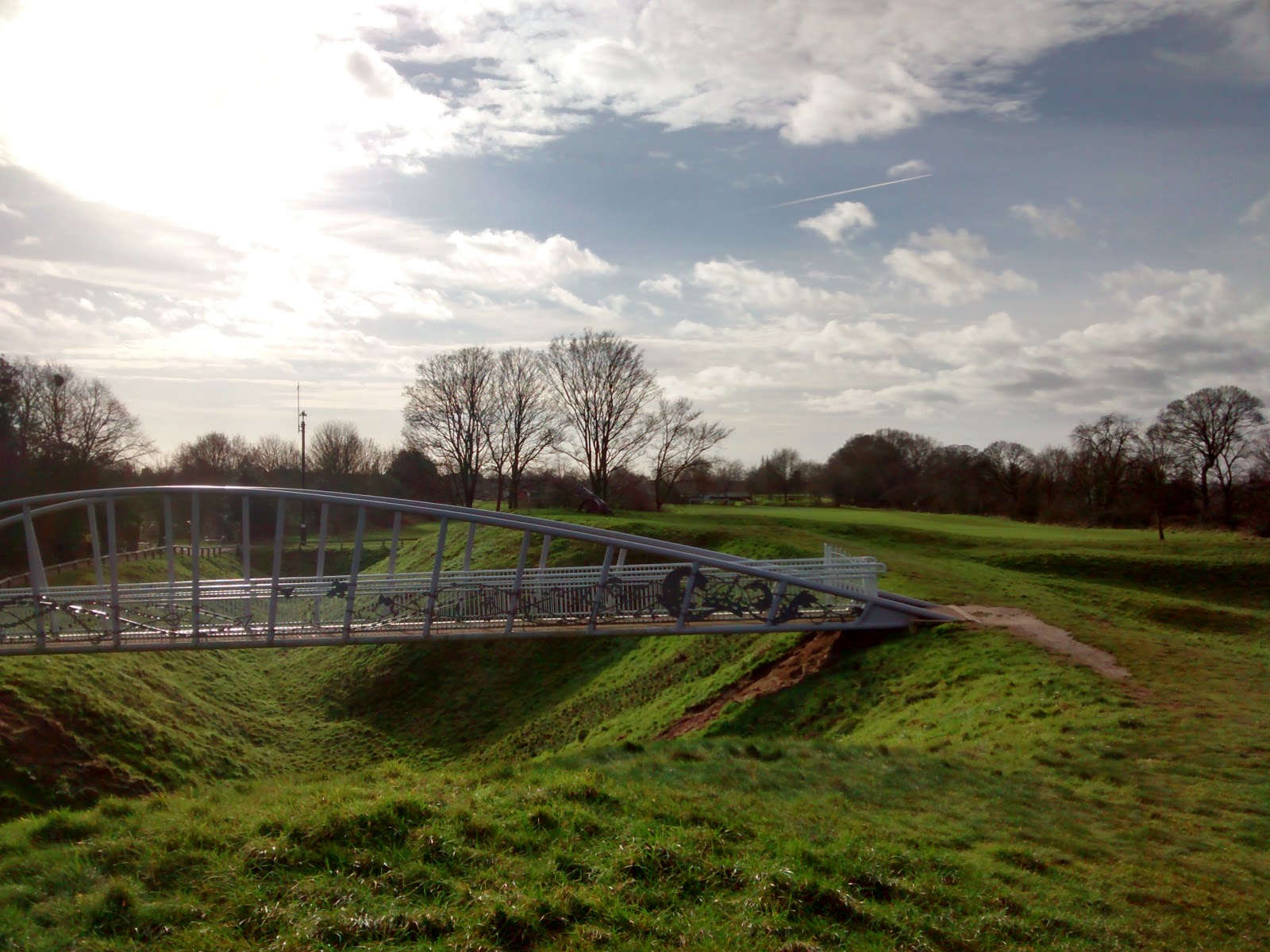 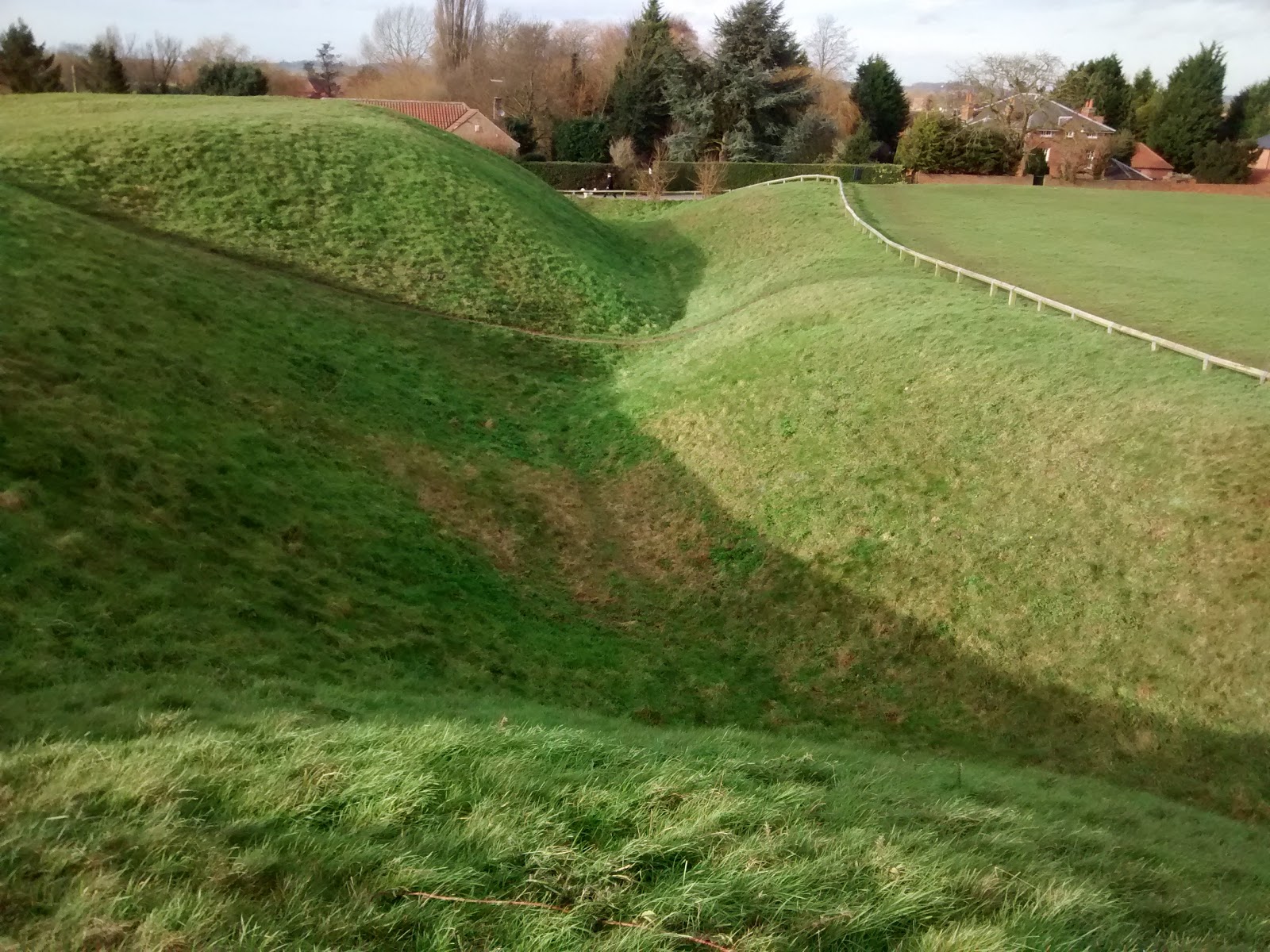 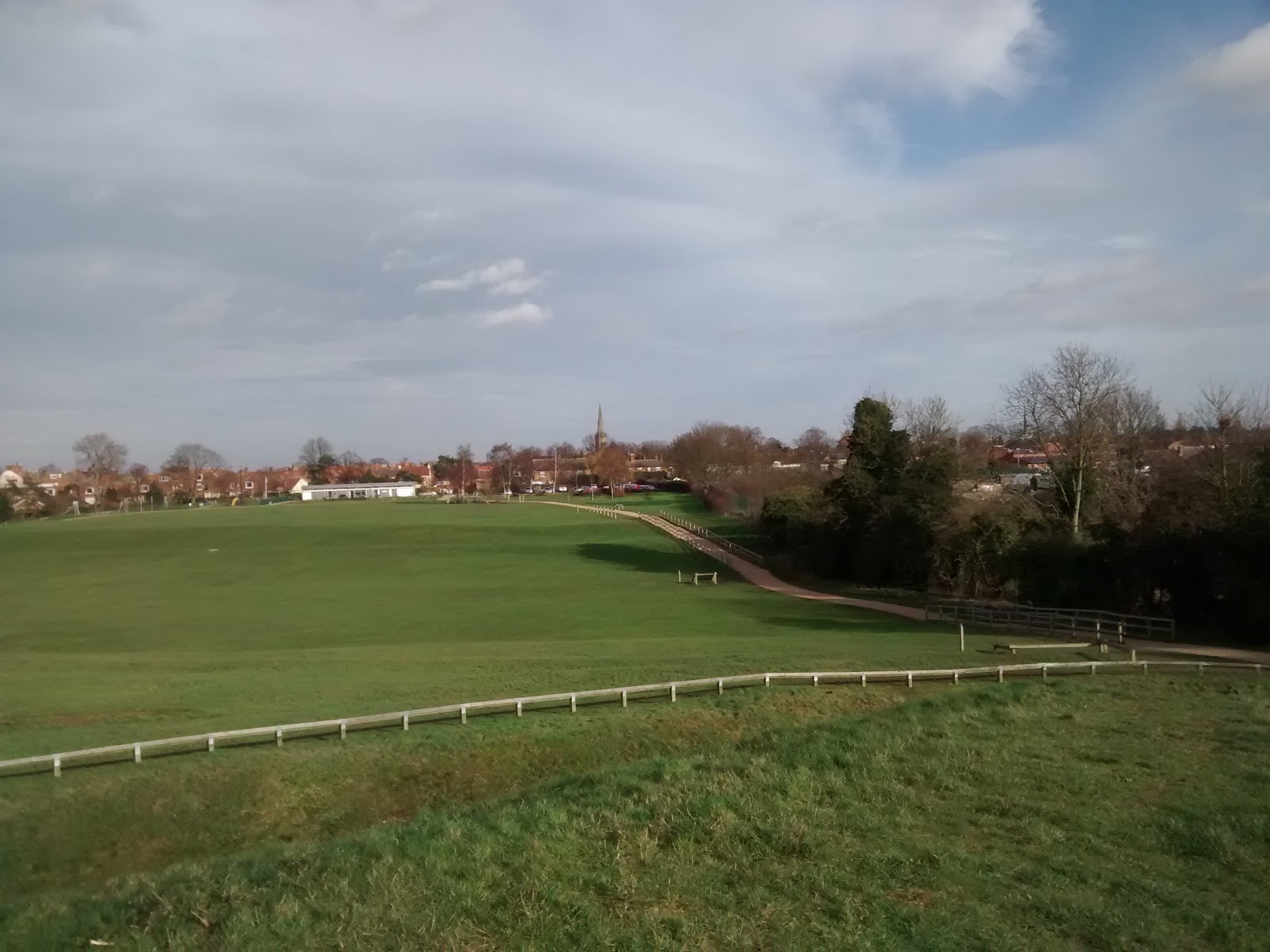 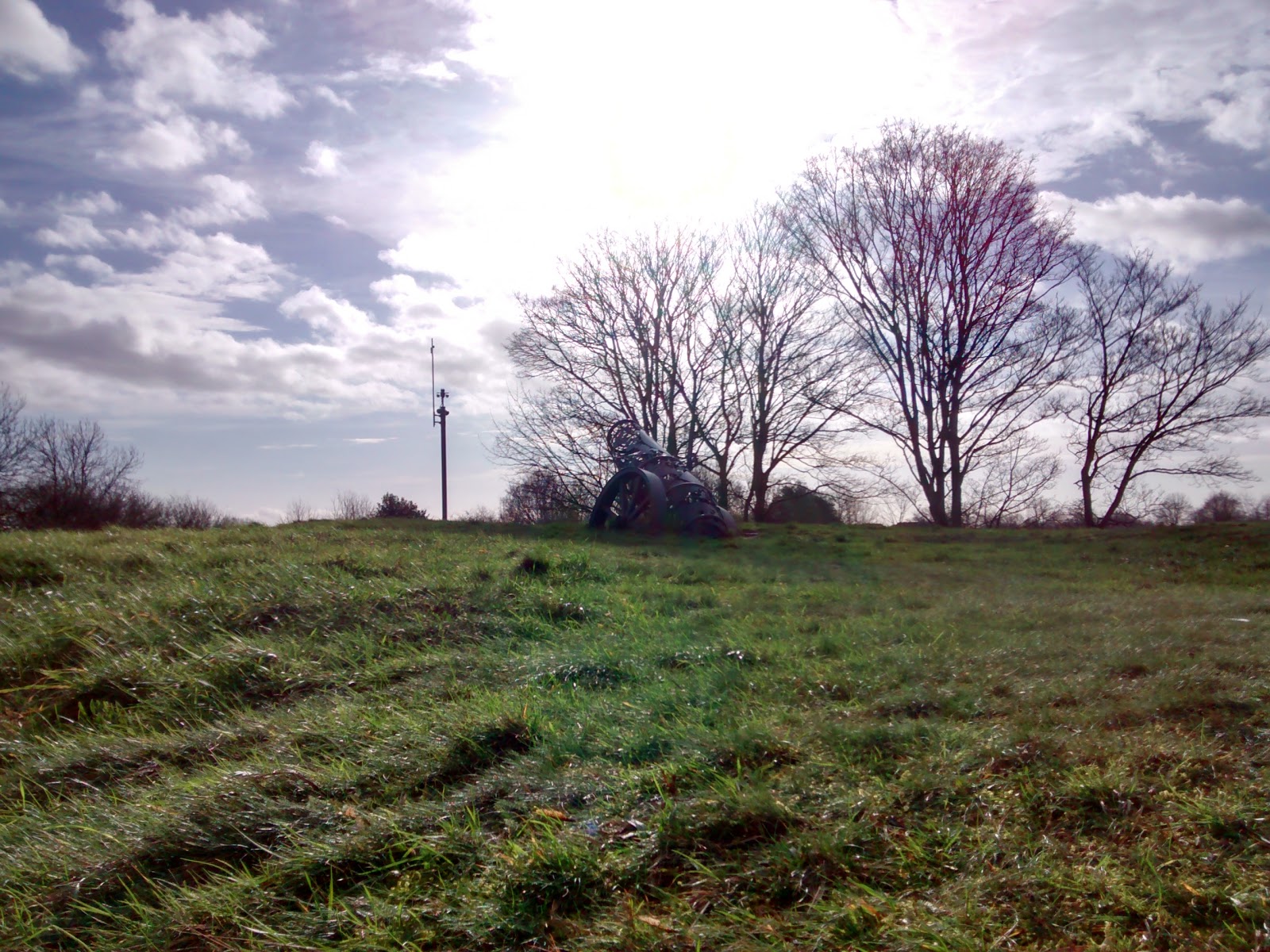 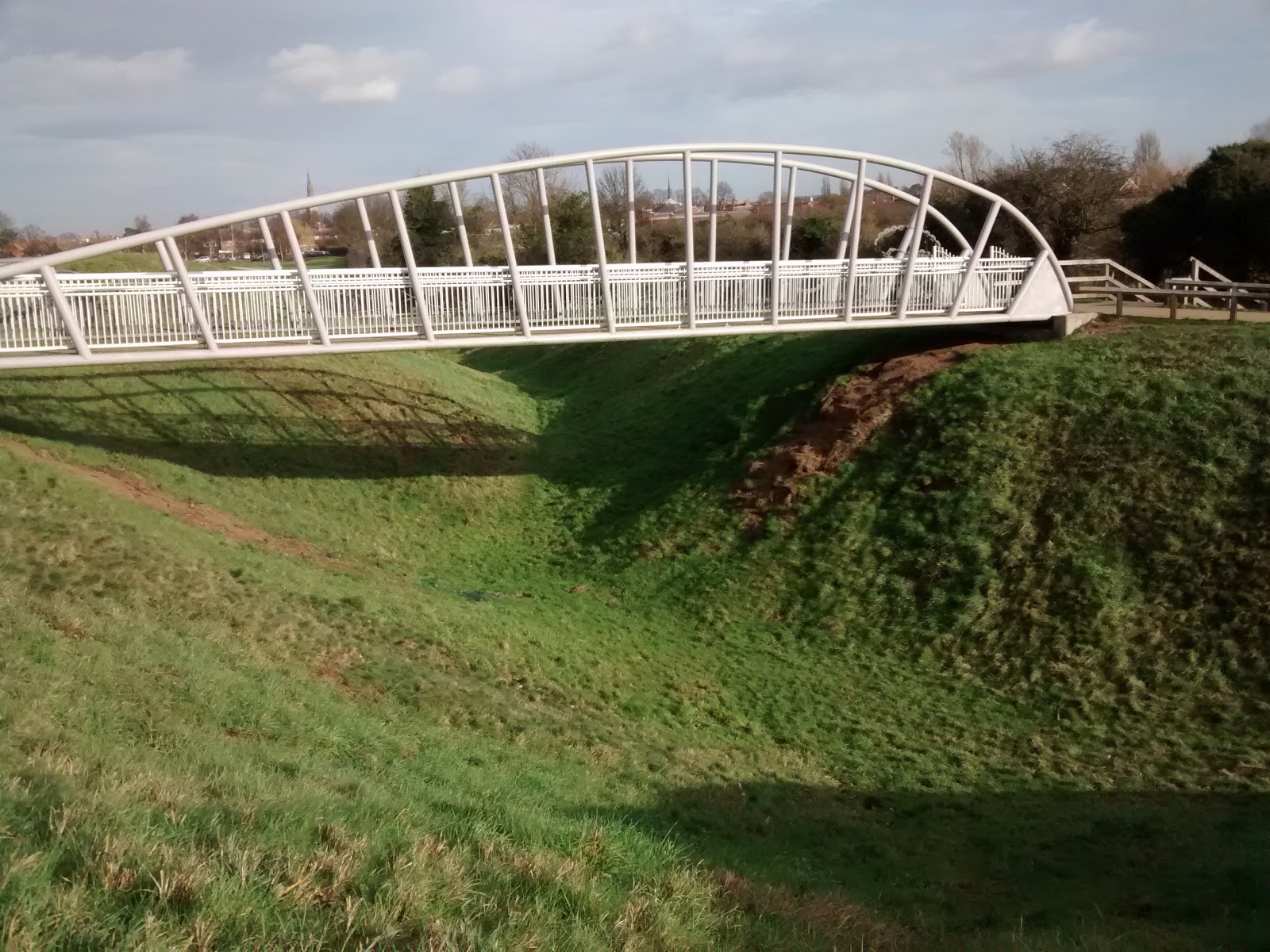 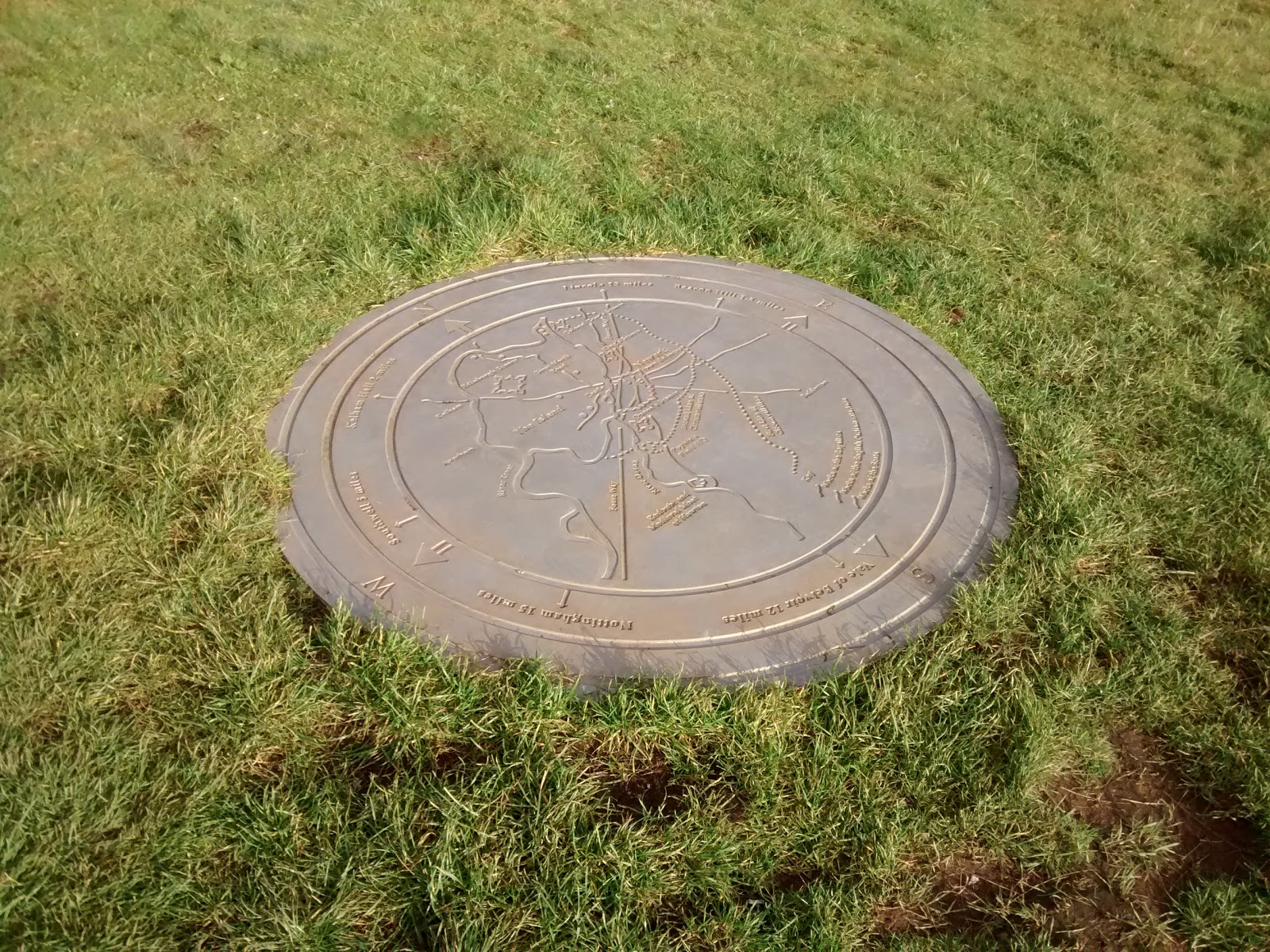 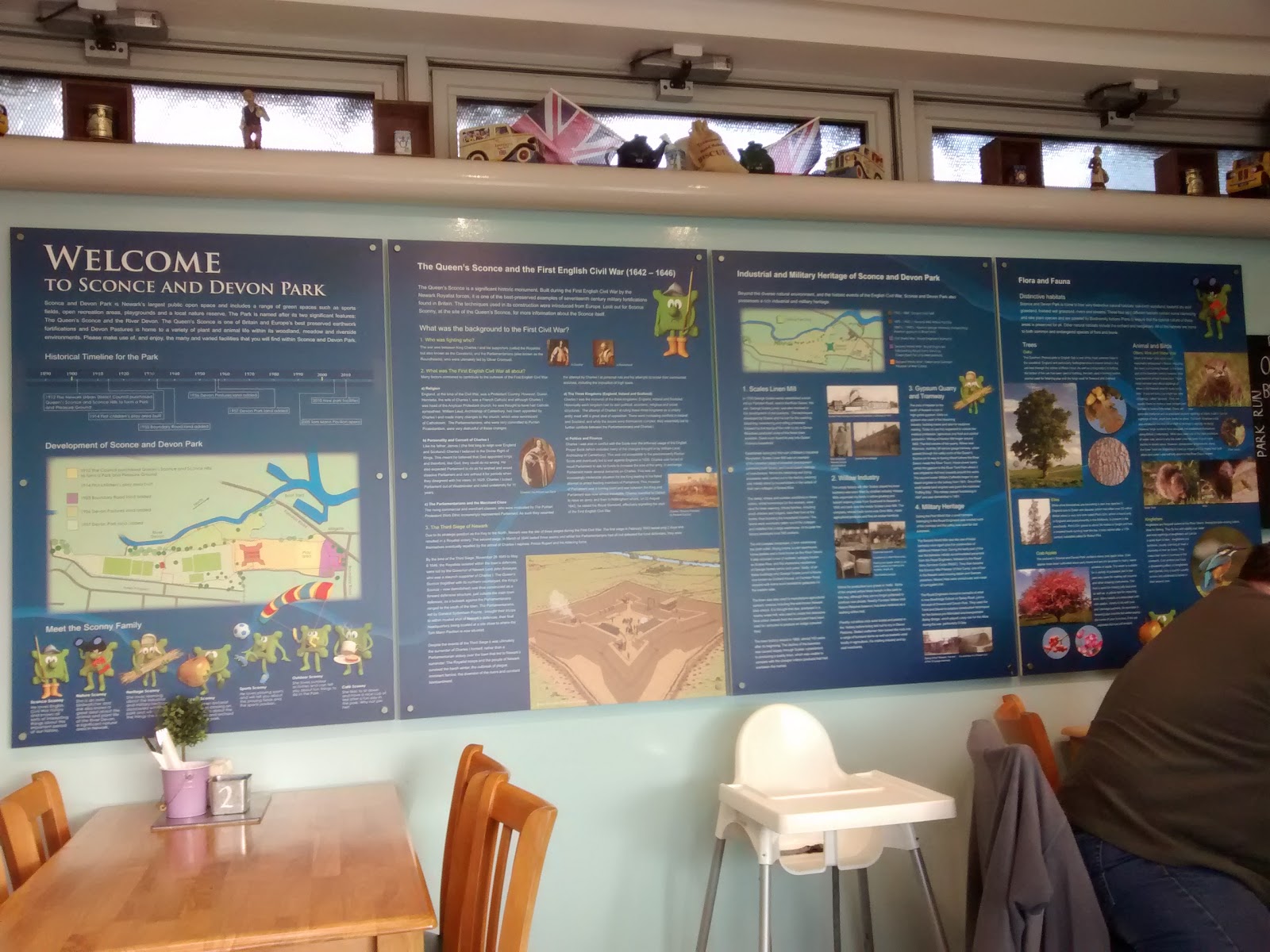 Posted by Simon Douglas Thompson at 15:33