The Empty Nest Now has an Occupier

You may remember about three weeks ago I posted a picture of the barely started blackbird nest in the folk's pergola, a replacement for the cat damaged one from 2014 that the birds themselves shoved to the ground.

It was a loose, rough circle of a few twigs and stalks, a tentative beginning to the breeding season. 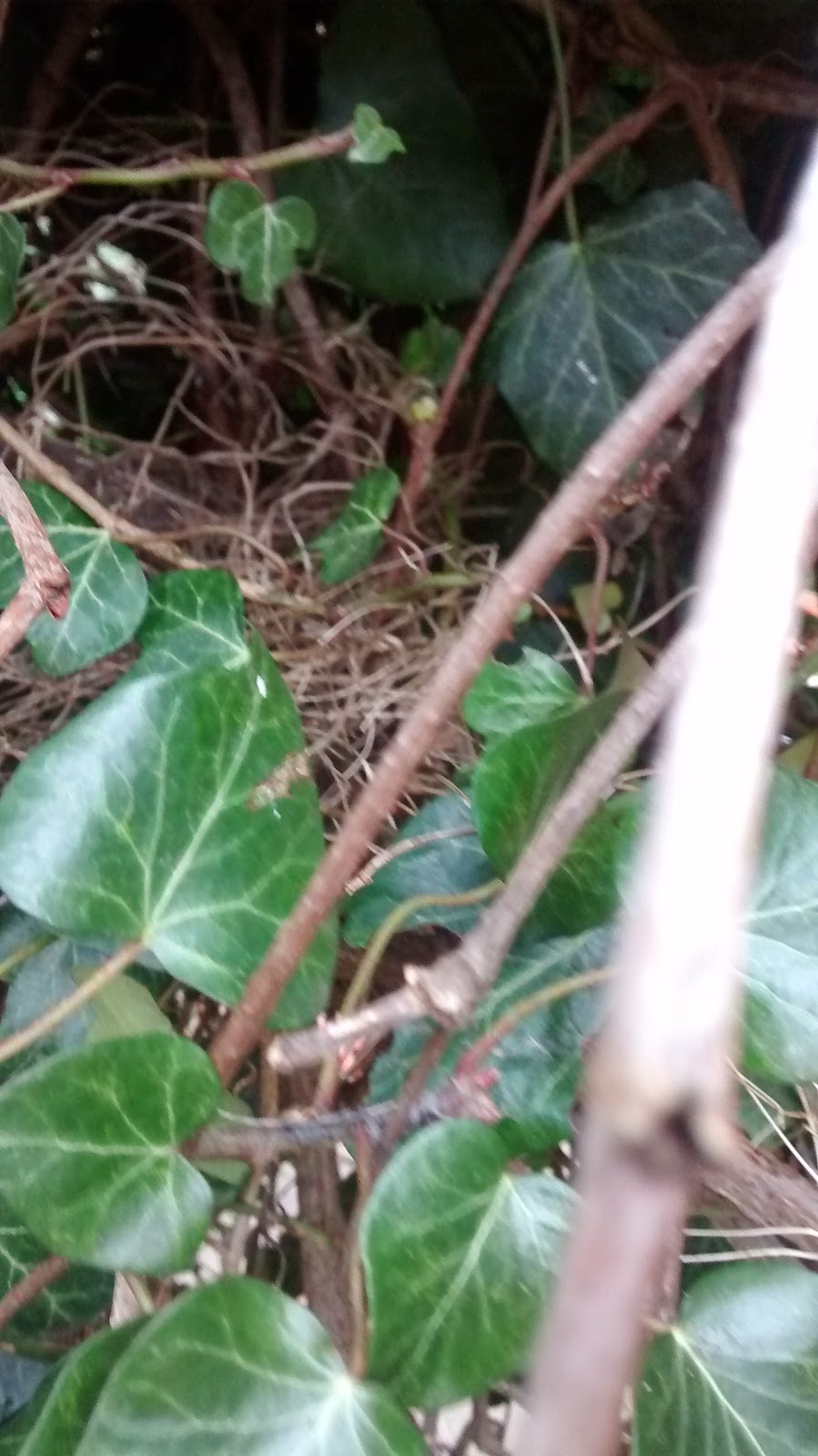 The nest didn't seem to change much over the next few days, until suddenly one day it was more or less complete, with a wall of mud forming the rim. On a hunch I checked tonight, and this was the scene. 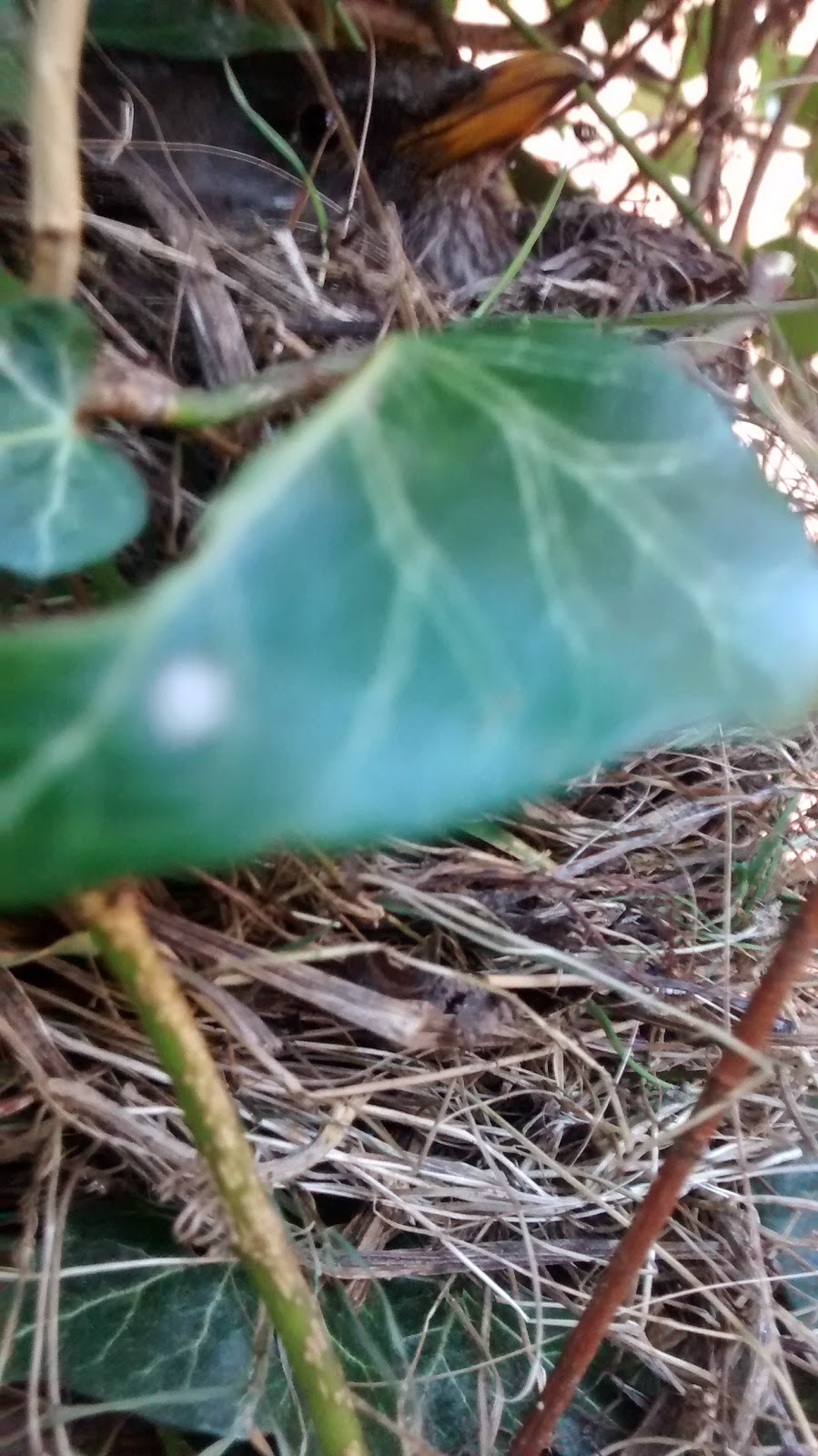 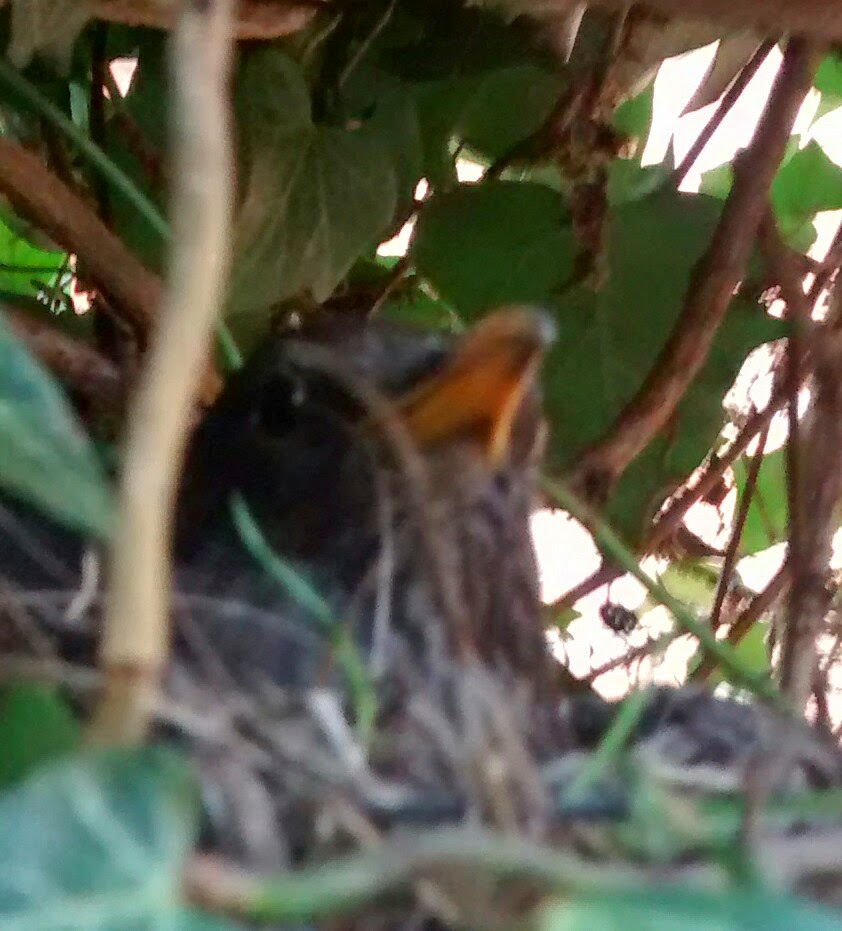 Mummy blackbird is on the nest!

I have no idea if this is the same pair as last year, one would think there is a fair chance of it if they have chosen to nest in the same place. Years ago, the pergola was always the favoured site for nesting, before it seemed to move with a different generation of birds to a group of cloud trees further out into the garden. But over the last two or three years, the pergola has become the prime piece of garden real estate again, and my parents have spent many happy hours sat outside watching the comings and goings a few feet away.

After the attack by the neighbours' cat last year, one hopes for a less eventful nesting season for these birds. But after seeing that said cat is no longer wearing the bell he had been sporting of late, I'm worried.

Posted by Simon Douglas Thompson at 12:32