Had really good views of two bee species today, at various times and with a 9 mile run in between!

I could see the first through the library windows, visiting what I suppose was late flowering white squill around a beech tree in the grounds. When I got out there - after a couple of hours enjoying reading all of your blogs! - I thought there were two distinct species, a common carder swiftly visiting the flowers, and an all black species flying about rapidly at spiky angles.

I managed to get photos of the "common carder", but the black bee never settled for a minute. 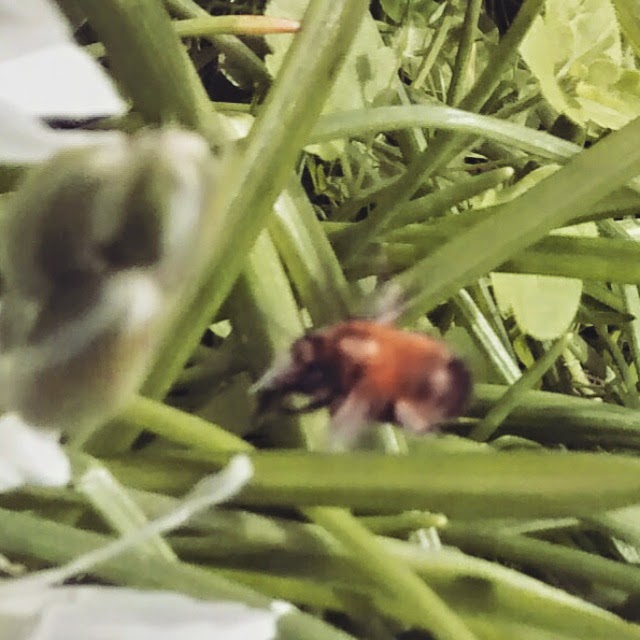 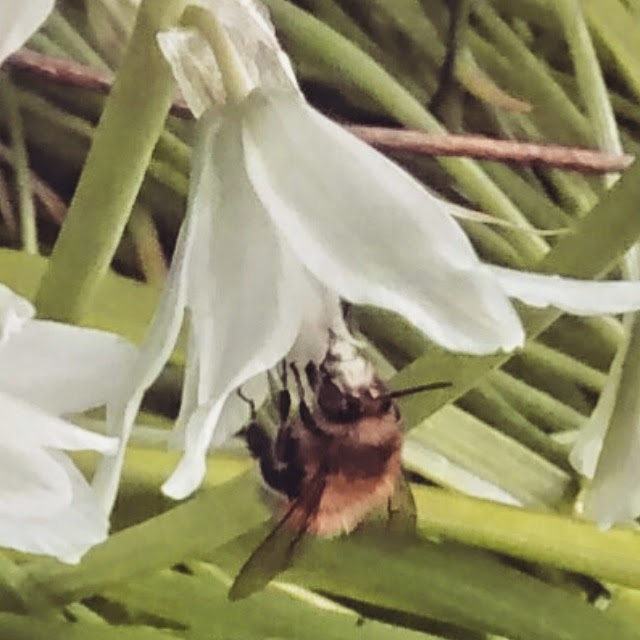 But when I posted them on twitter to the excellent @bumblebeewatching I was given a link, and told to look at the face. This is not a carder bumblebee at all, it is a hairy footed flower bee! The white face is a giveaway. The black bee on view was actually a female of this species. I've seen the females before, but mistaken them for field cuckoo bumblebees.

So I didn't spot them first on the Hawton lungwort!

The other bee, most definitely a bumble this one, was having a leisurely feed off grape hyacinth in Friary Road park. 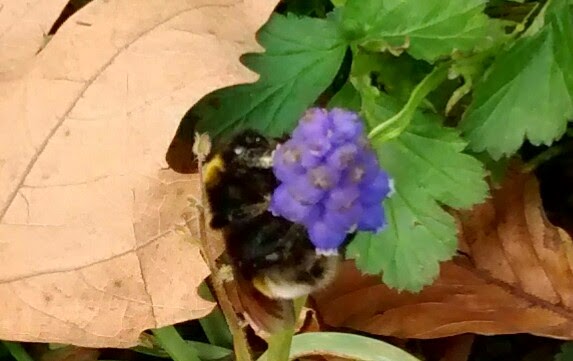 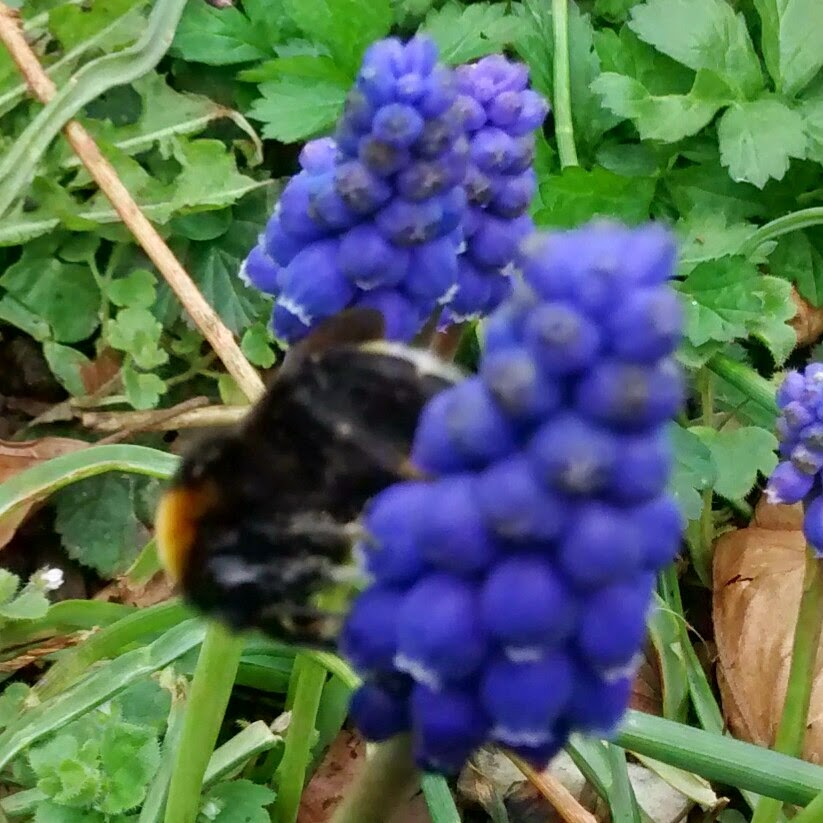 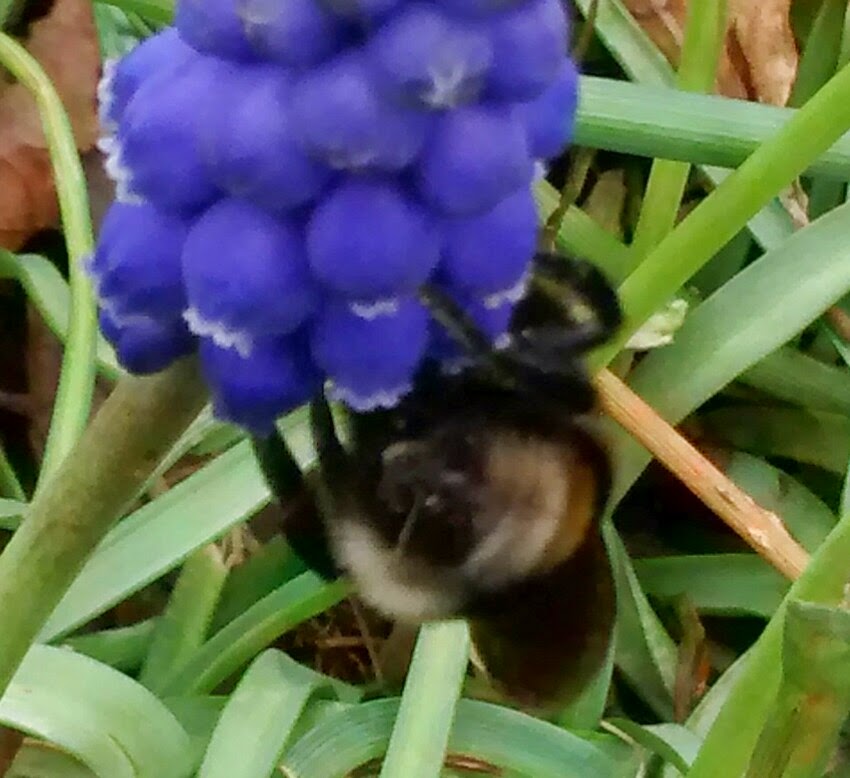 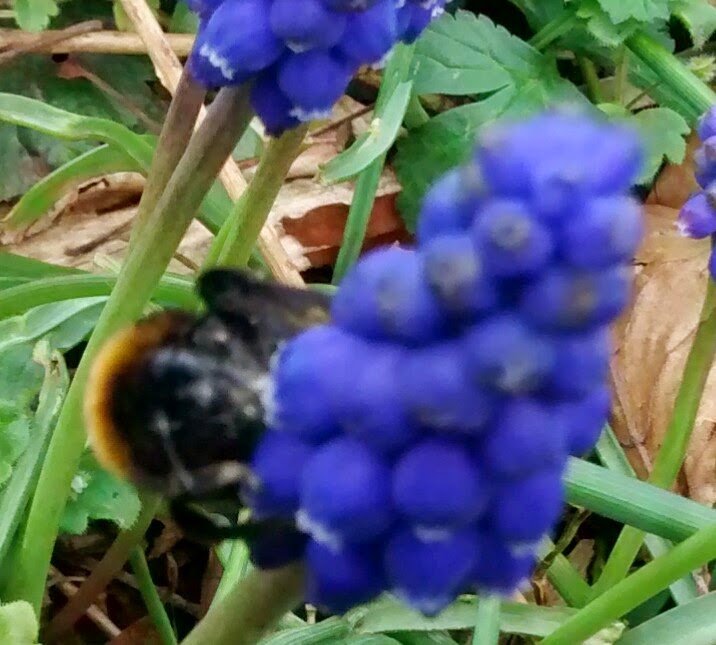 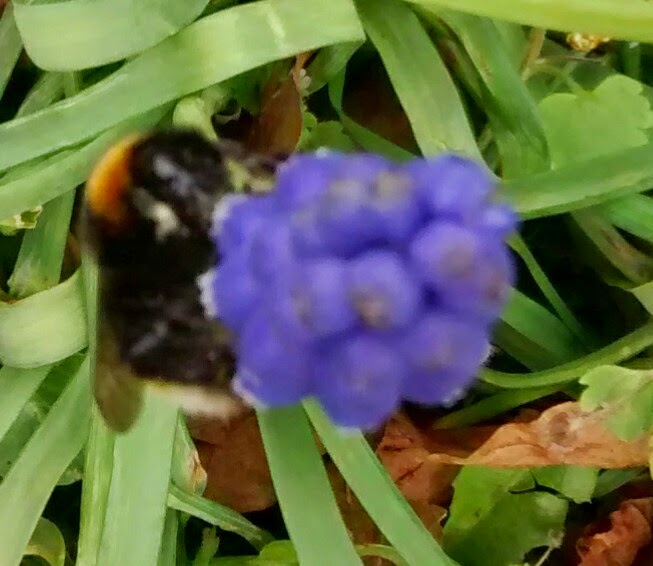 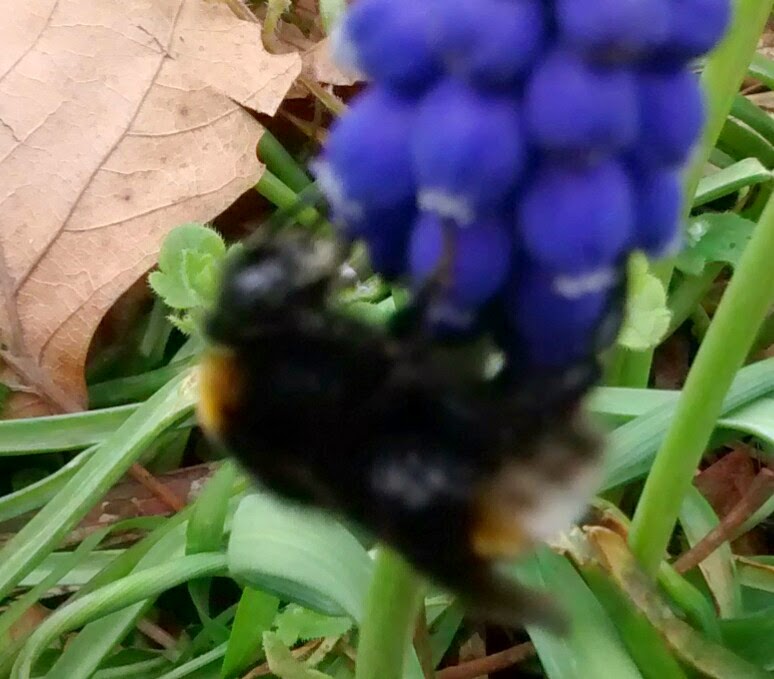 Now this bee looks like a common white tailed bumble perhaps. But I'm not sure. The absence of pollen sacs, and the orange yellow darts on the white tail, makes me wonder if this is a vestal cuckoo bumblebee, a large species I saw in my garden last year.

But as ever, I'm happy to be corrected. I have to be!