Sorry to bombard, but I had to share this joyous little encounter I had at the front door as twilight approached. I had just been doing some very low grade bicycle maintenance and getting more oil on myself than the chain as usual, when I heard some quiet bird song and looked up into the silver birch tree above.

A little goldcrest probably the weigh of a boiled sweet was making its way among the birch twigs, singing its persistent little trilly "seeeep-seeeeep" song as it did so.

The goldcrest was so small, it could rest on branches thinner than a matchstick as it snacked off tiny insects among the buds. The most notable thing was its flight, it must be the nearest bird we have in the UK to a hummingbird. It was actually seemingly hovering, and flying backwards at times.

Goldcrests are incredibly unafraid. Only the robin of wild birds will allow a human to come closer, and this is how I was able to watch the bird for over twenty minutes as it worked a few feet above my head.

Hence, I was able to grab a few little pictures as it flitted about above me. 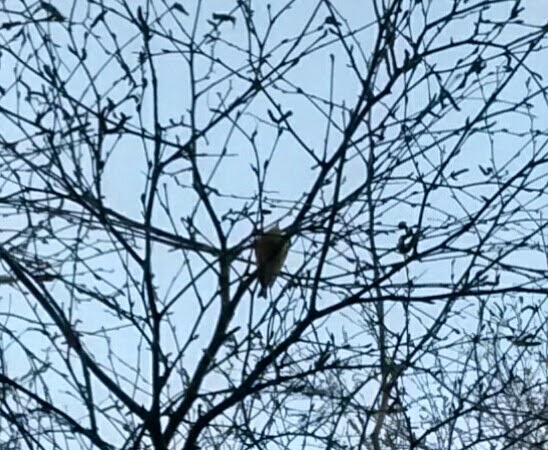 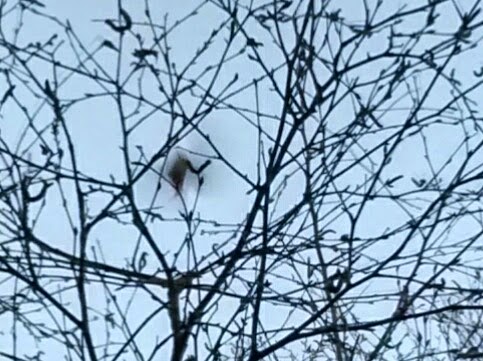 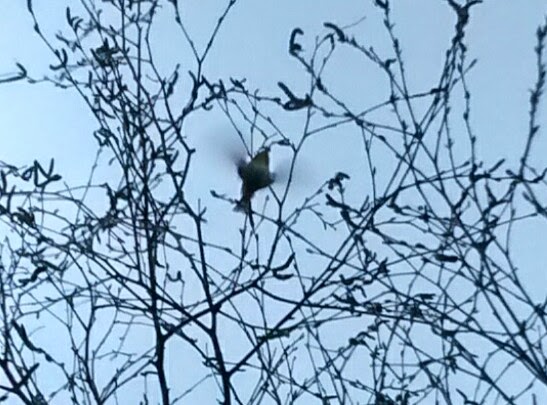 Posted by Simon Douglas Thompson at 14:01