It was in between the bursts of beauty and nature that I had to deal with one of Newark's uglier problems; that of fly tipping.

Ever since I started running and cycling regularly out in the sticks here, it is a rare day that you don't find some builder's waste tipped here, some asbestos tipped there, fridge freezers in a ditch at Cotham Flash, opposite the lay-by where once I found an entire old caravan stuffed with rubbish. But recently the issue was brought to national attention, where a so called "recycling depot" in town was revealed to be an unlicensed scam tip.

Here's how the Mirror covered it

I ran past the site for the first time in a while today, and this was the sight that greeted me; 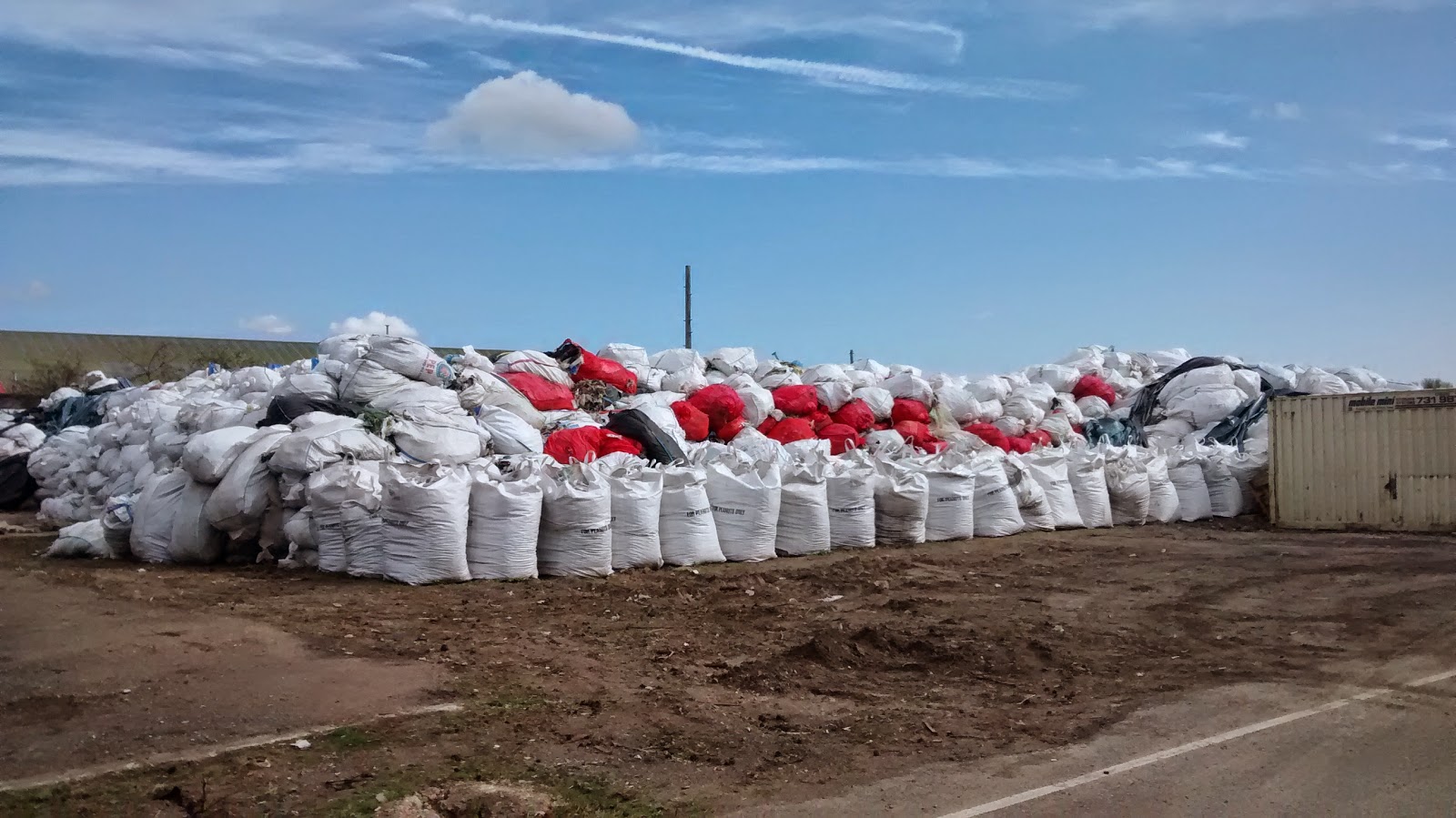 it is still there. I contacted the council, and they said he Environment Agency are dealing with it. But an illegal waste dump doesn't suddenly become less of a smelly eyesore just because they are in charge of it. I haven't heard of any charges being brought yet either.

So, onto the path along the farmer's fields at the back of Grange Road, and within about a hundred metres, I found three more small fly tips. 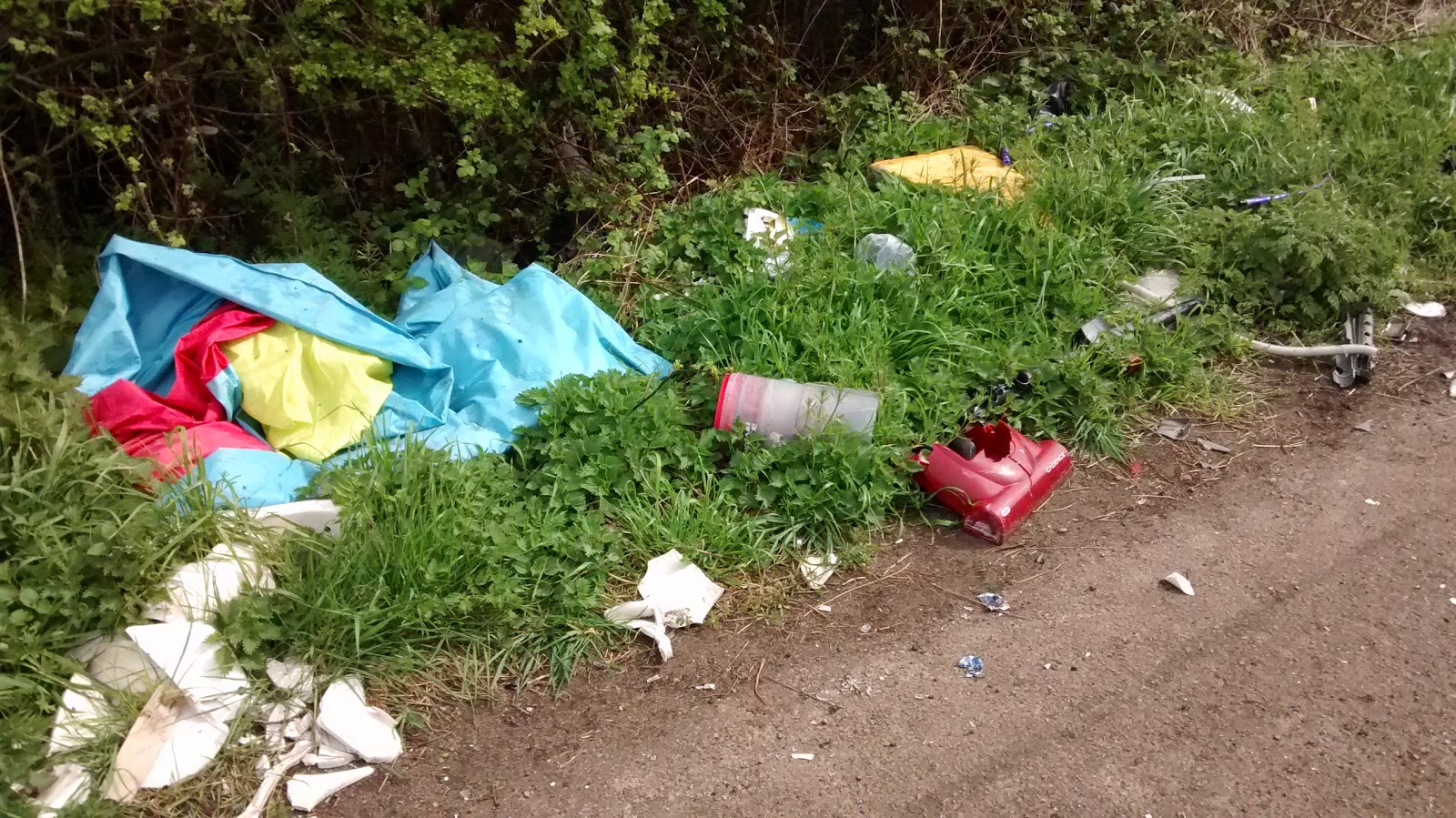 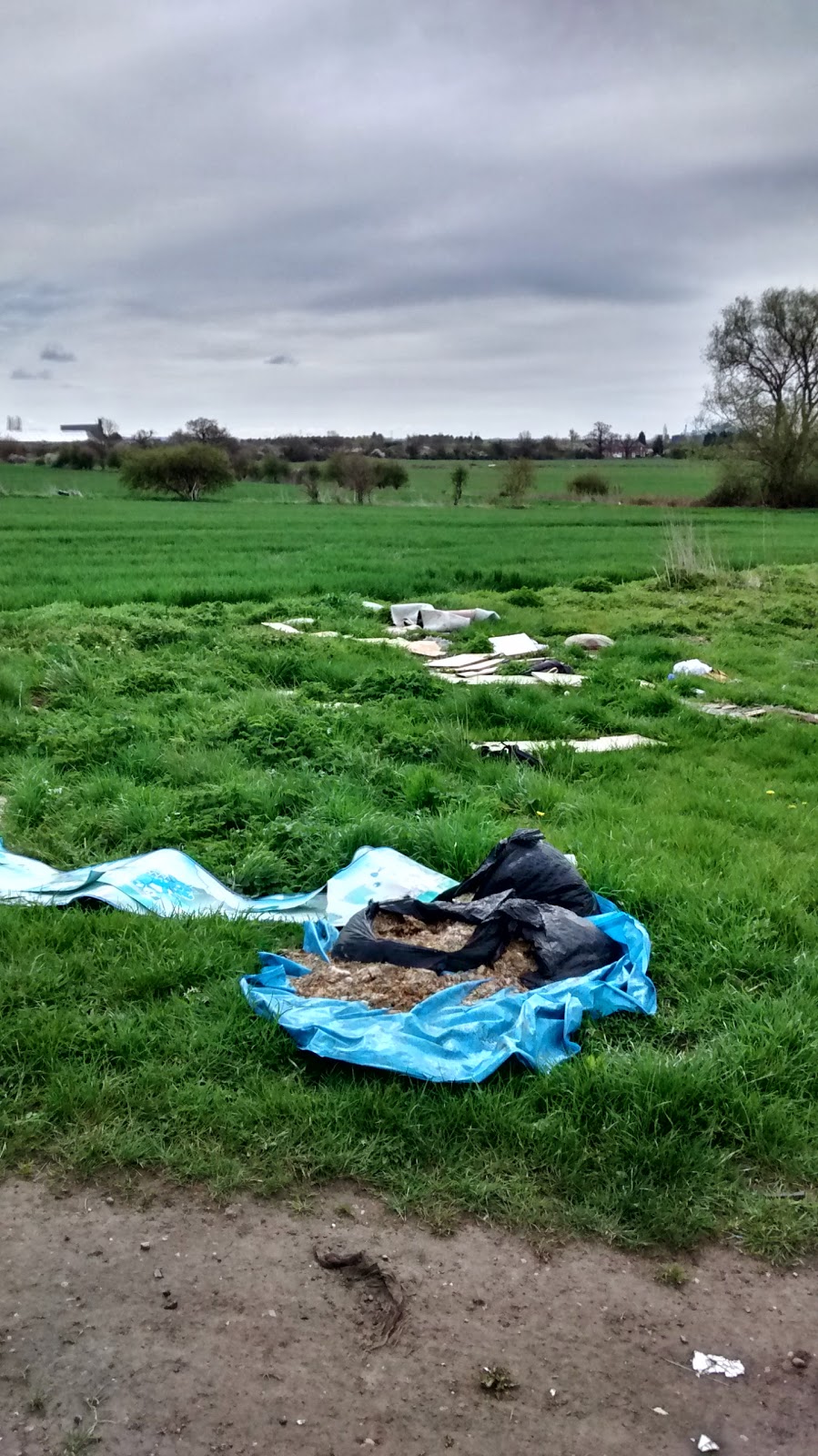 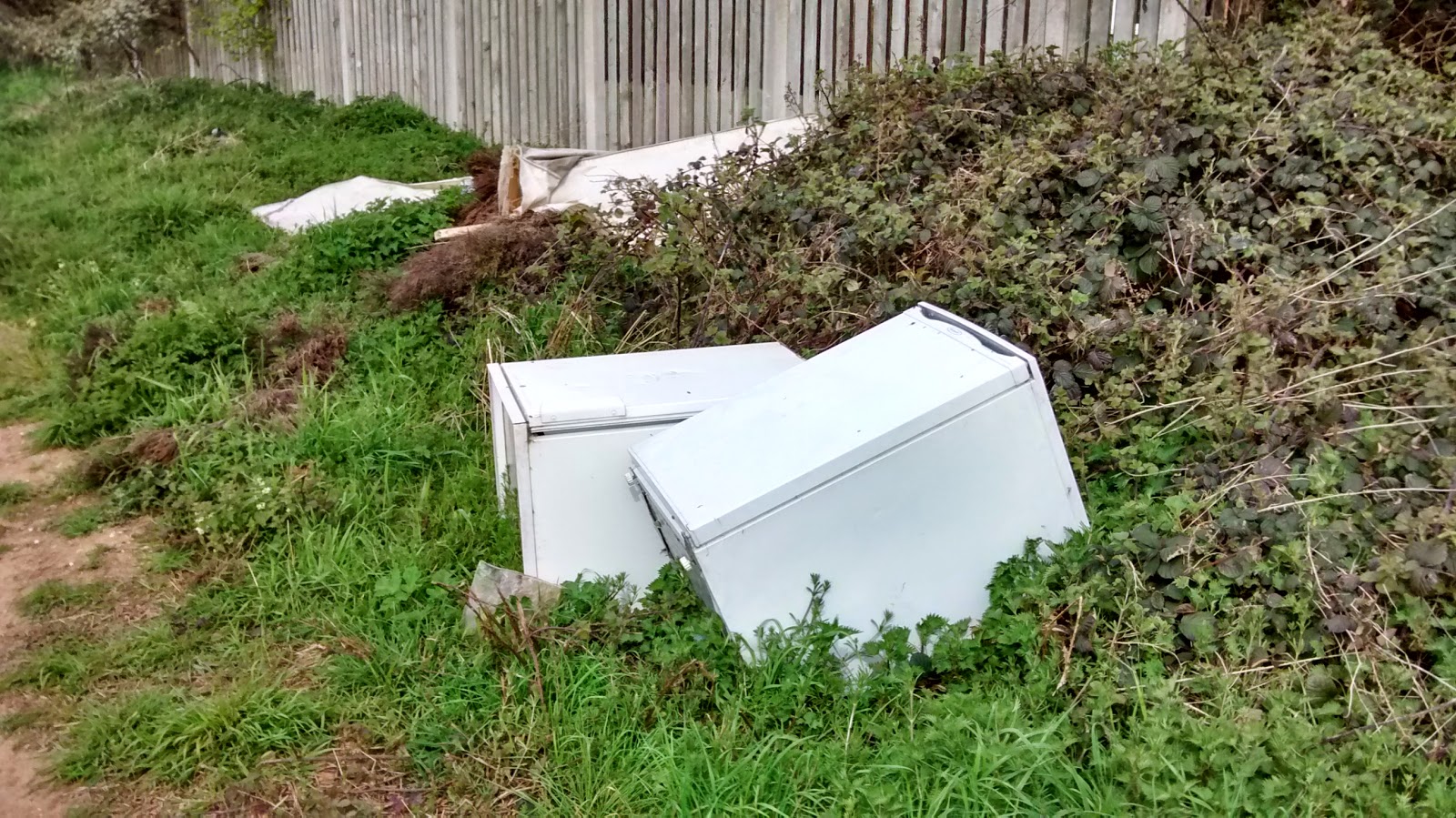 I've let the council know, and they will get it cleaned up, but that's another wodge of money being thrown on a bonfire, and as ever no-one will be even caught fly tipping, let alone prosecuted. It's easy enough to work out why it happens - folk with a fridge to get rid of, rather than pay for the council to pick it up, advertise it for local scrap collectors to pick up for free.

Some of those dispose of it properly. Others just hack out the metal, and dispose of the carcass. The rise of kids picking up stuff on carts doesn't help, I saw a pair of them trying to smash out the pump before the rest of the freezer was heaved over a hedge into a paddock.

Can they be caught? Seemingly not. I would be curious to see what would happen if the council rigged up some camera traps, the sort normally used to film badgers at night, at known dumping sites and see if anything was picked up. Less costly would be to plant a fridge to be picked up, and follow it to see what became of it.

Just an idea or two. That I will get told are totally impractical!
Posted by Simon Douglas Thompson at 13:46