A Spot of Bee Rescue

This is another little collection of buzzers and bumbles for you, on a glorious day that has seen me cycle 10 miles, run for 4, and then bowl for two hours in the cricket season.

I'm still not as busy as the bees though. They have been very busy today. A lot of big queens have been busy, but most of them were not terribly obliging. However, a few bees have been co-operative.

First up, we have this specimen, keeping lovely and still at Cotham Flash marshlands. Could it be a female tawny mining bee perchance? 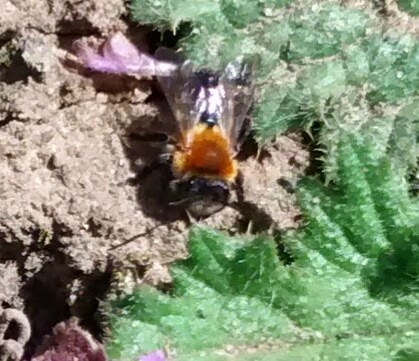 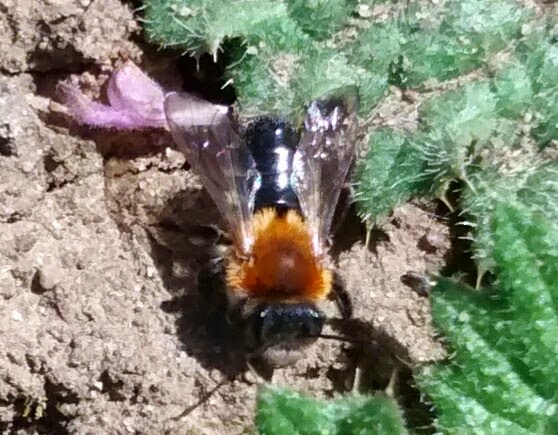 Then, on the favourite lungwort at Hawton, overlooked by the pussy cat weather vain, this common carder was hard at it. 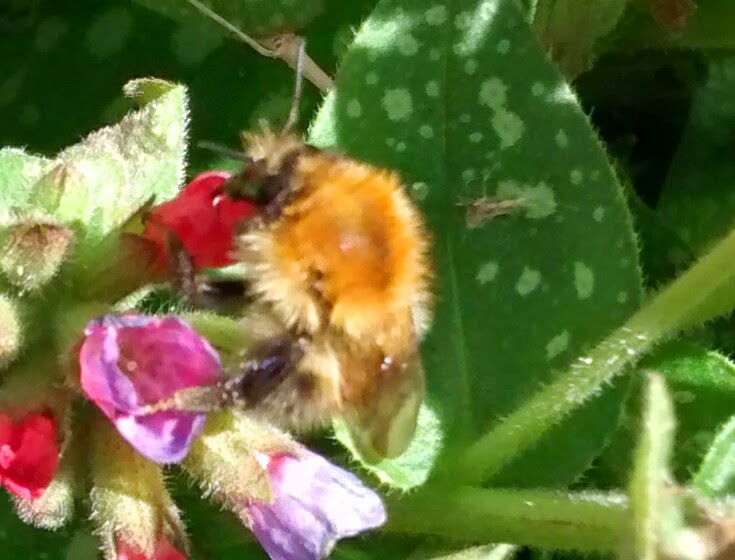 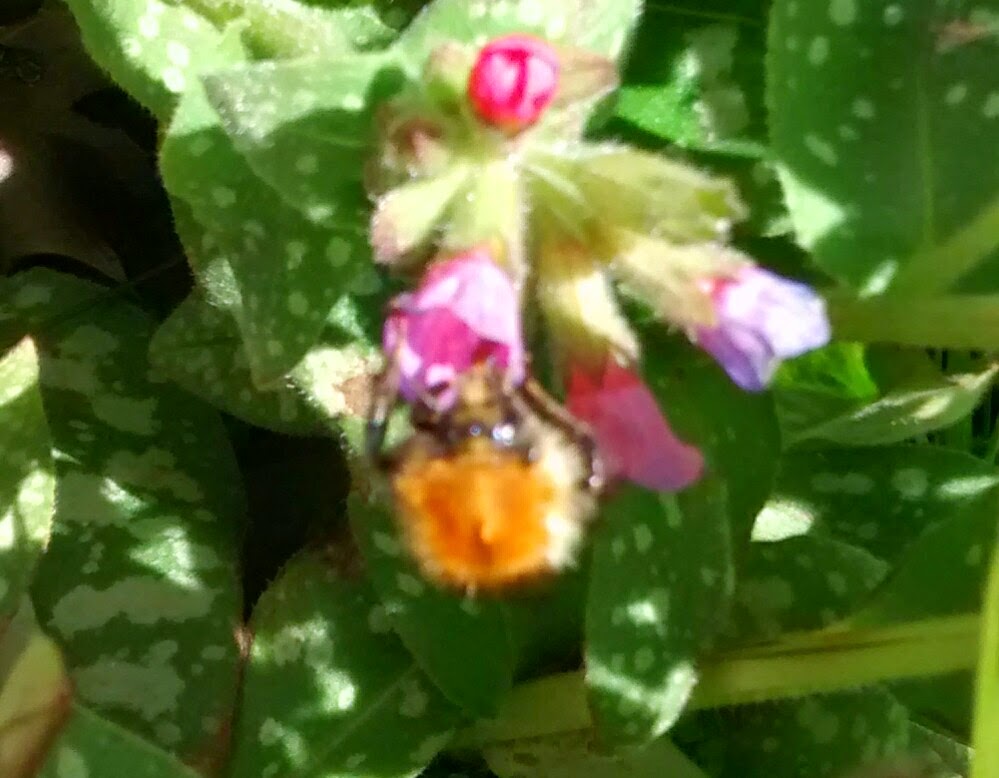 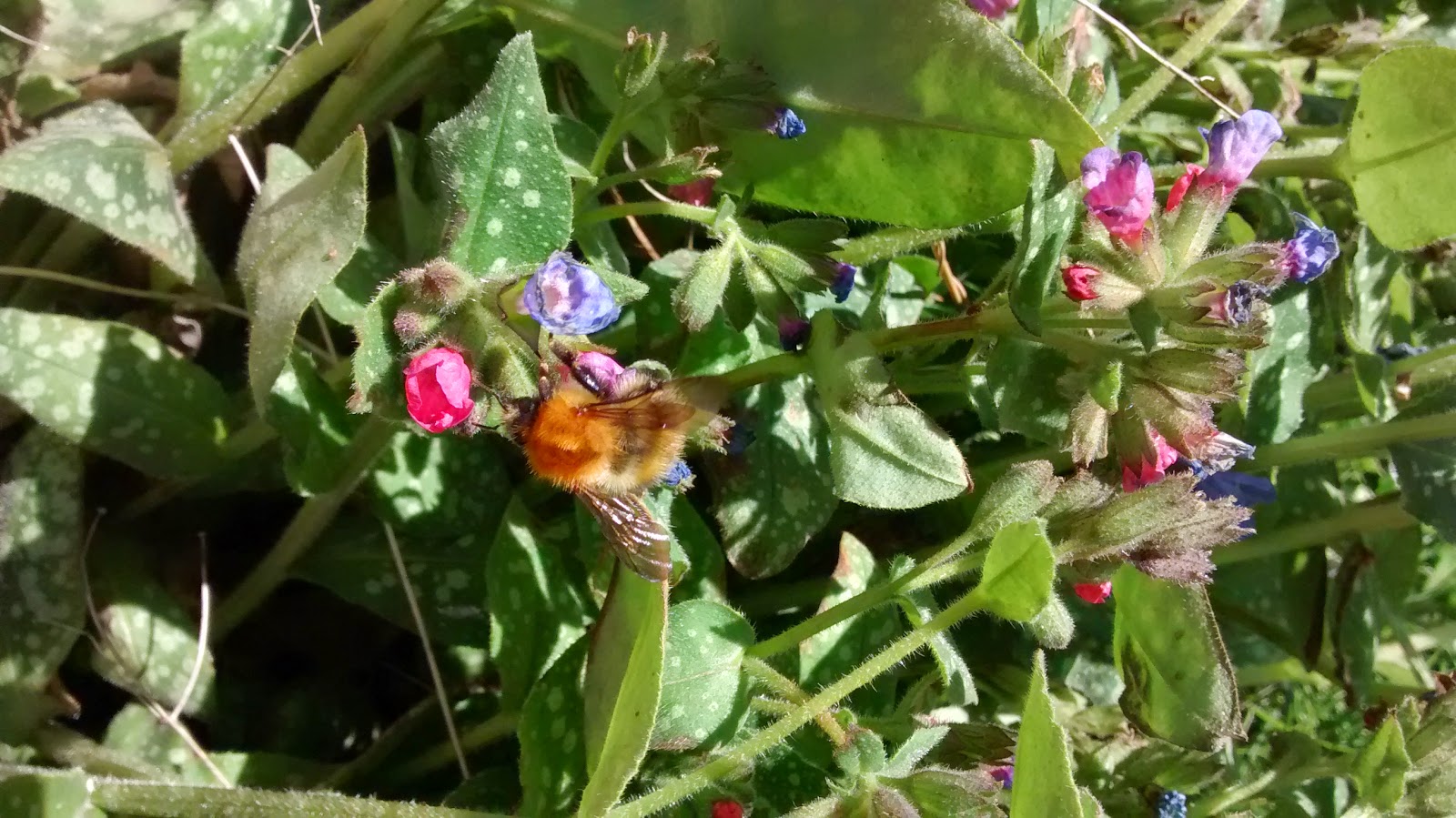 Finally, an act of mercy. I came across an exhausted bumble on the road as I cycled along, near the Devon bridge. It wasn't dead, but it was done in, unable to move its wings or legs. Obviously I had no sugar water handy, so all I could do was gingerly pick it up and take it to a dandelion where it might be able to feed and revive.

Its saddlebags were so laden with pollen, no wonder it was shattered. I think it is a buff tailed queen 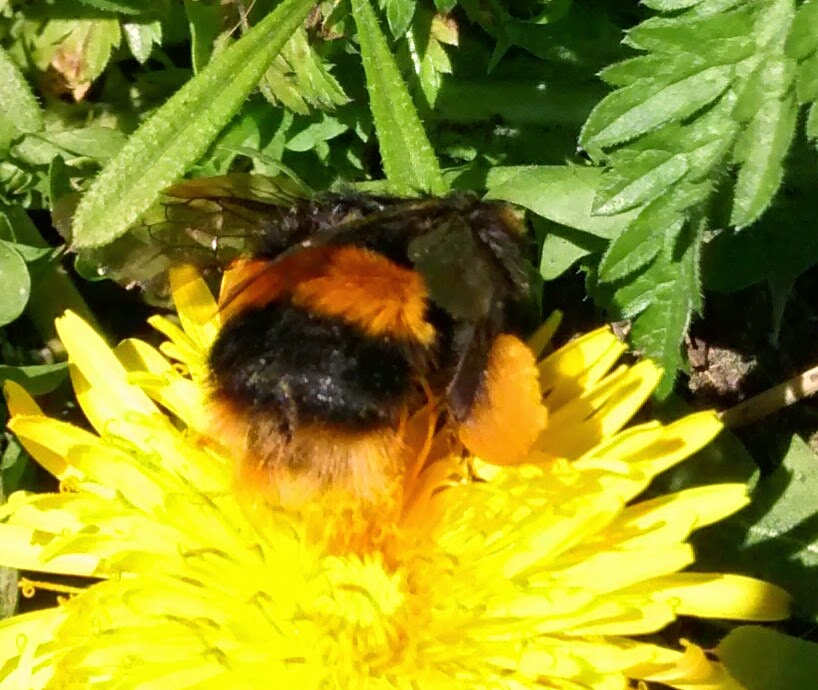 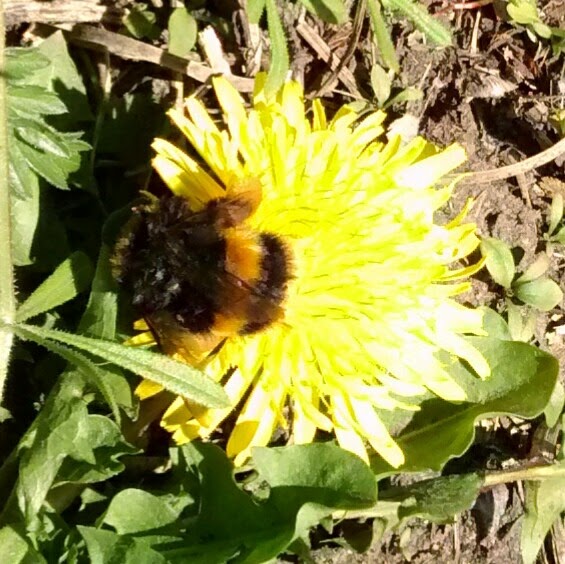 Lots of butterflies around too! I hope you are all enjoying the season.

Posted by Simon Douglas Thompson at 13:21